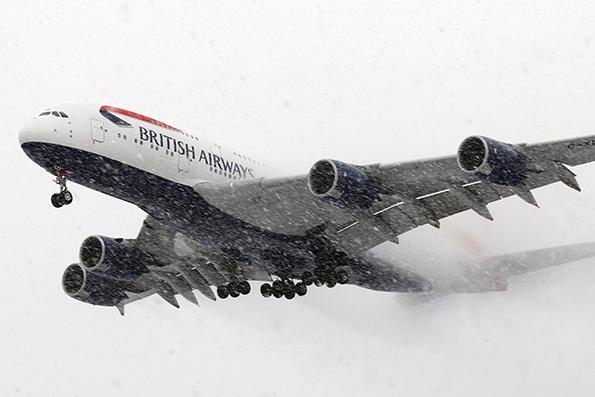 "Speedbird 217" arriving at Dulles International Airport from London on a very cold and snowy afternoon in the U.S. capital. 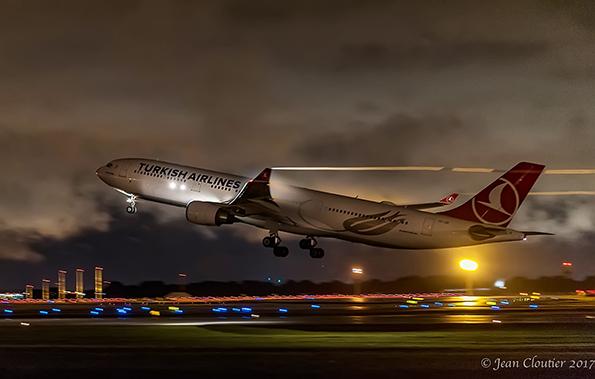 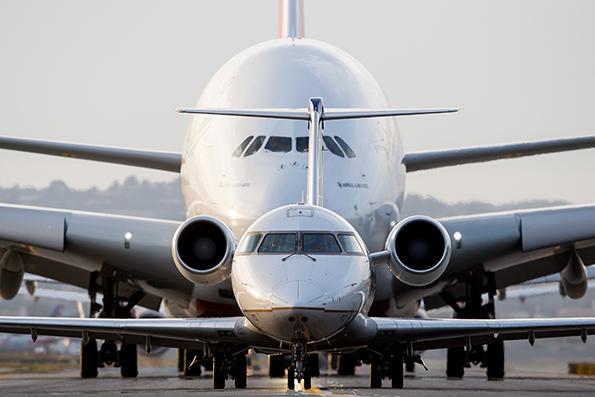 A tiny Bombardier CRJ-200 is dwarfed by the massive Airbus A380 as both wait to depart a blustery San Francisco International Airport on Oct. 23, 2016. 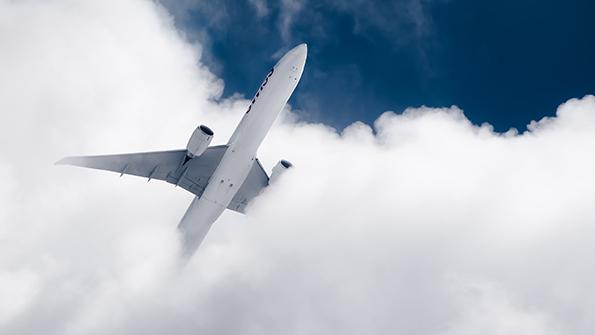 Breaking Through The Clouds

A Swiss Boeing 777 breaking through the clouds after takeoff, while making a turn of about 200 deg. over Zurich Airport and heading to Los Angeles. 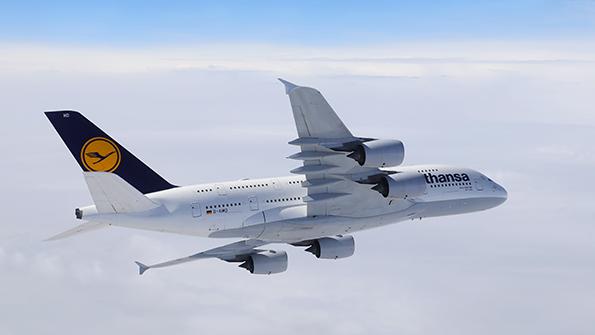 Beauty In The Sky

Lufthansa Airbus A380 in flight over Bulgaria. 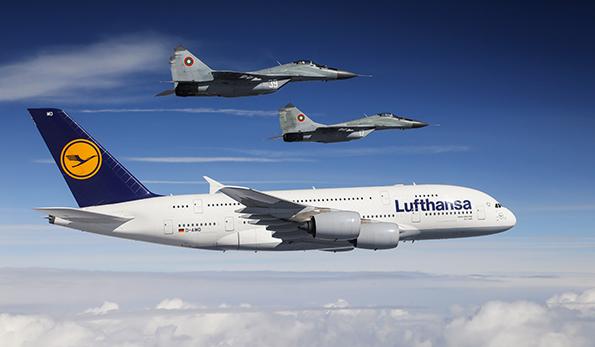 Bulgarian Mig-29s escort Lufthansa Airbus A380 arriving in Sofia for the first time. 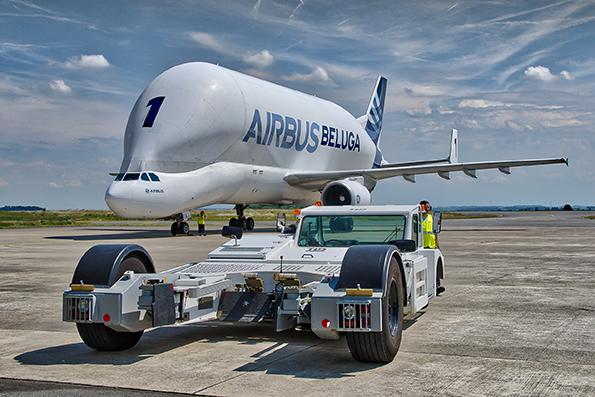 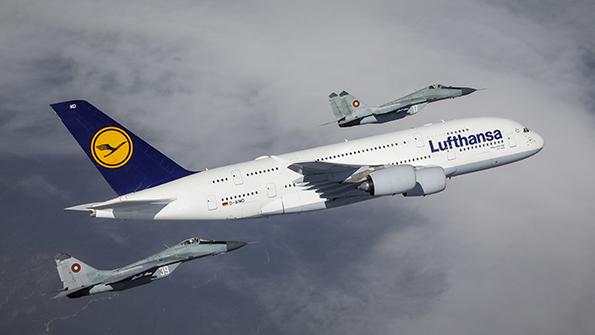 Bulgarian MiG-29s escort Lufthansa Airbus A380 arriving in Sofia for the first time. 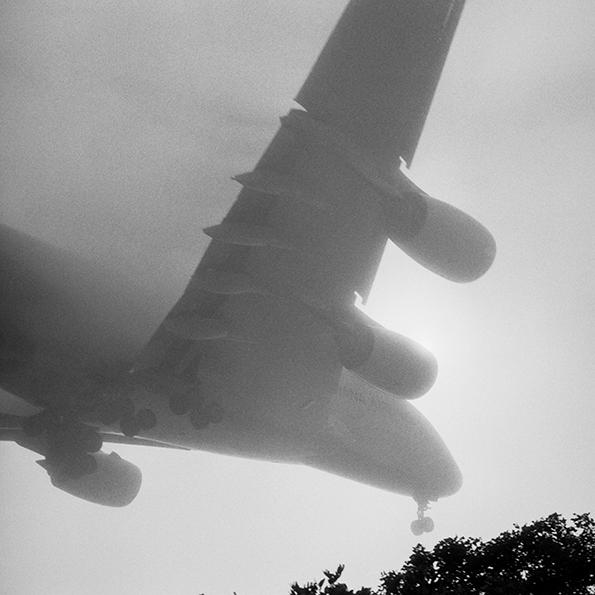 A ghostly spectre of a giant Airbus A380 landing through fog at Los Angeles International Airport. The photo was taken near In-N-Out Burger on Sepulveda Boulevard near the airport with a Leica IIIF camera from about 1953 on Ilford FP4 black-and-white film. 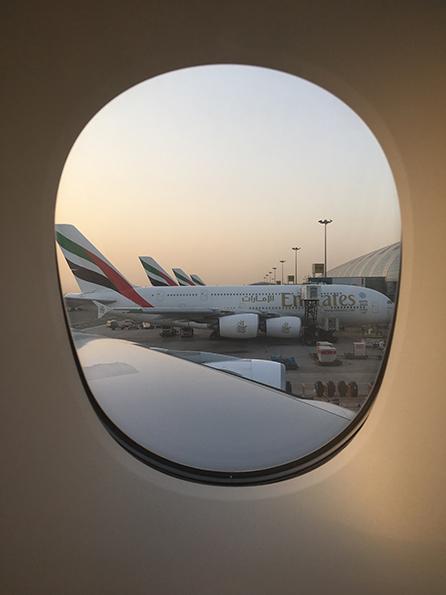 As we were pulling up to the gate from an early morning flight from Chhatrapati Shivaji Maharaj International Airport near Mumbai, India, to Dubai International Airport, I looked out of the window and saw the lineup of the Airbus A380s. I waited for the perfect moment to get the framing just right. As a bonus the lighting outside seemed to match the lighting inside the cabin. 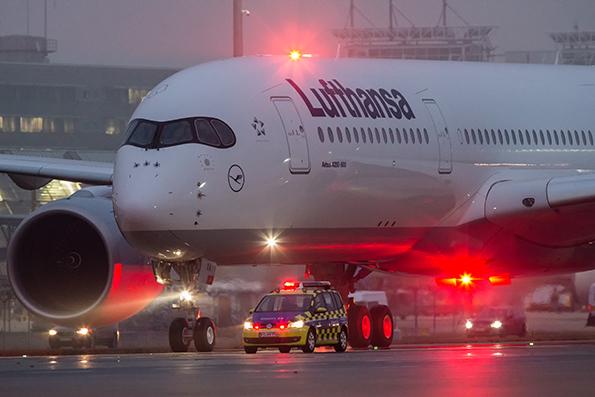 Lufthansa's first Airbus 350 is shown during the delivery event at Munich International Airport on Dec. 21, 2016. Freezing fog and windy conditions made the 1-hr. delay feel like forever. Needless to say, it was totally worth it. 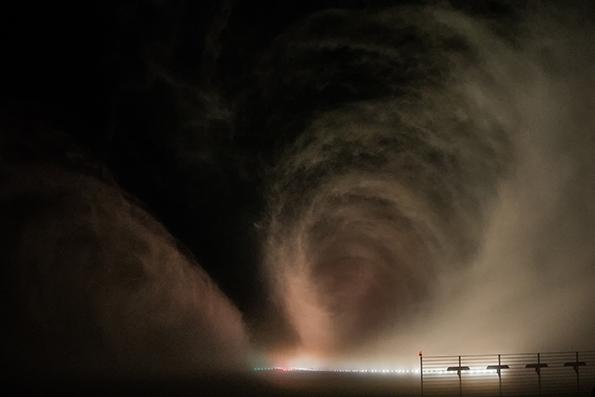 CAT II/III conditions during the morning. An Airbus 350 just landed and leaves a swirling mist behind it. The fog lifted for a few moments before it settled again. Mother Nature put up an excellent play that day. 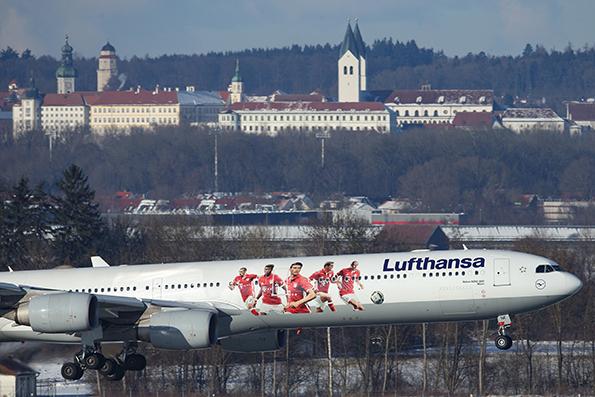 German soccer club Bayern Munich flaring over Runway 8L during an awesome winter day with parts of the city of Freising, Germany, looming in the background. 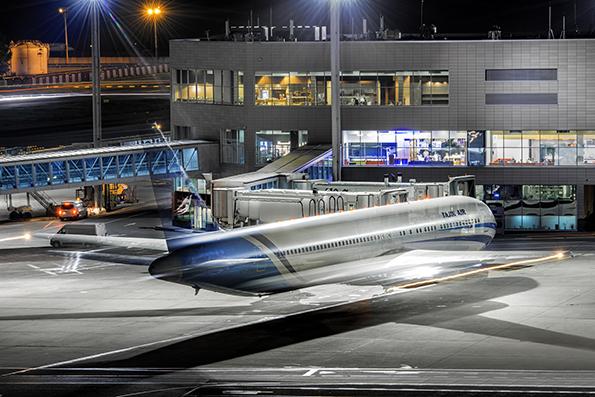 A Tajik Air Boeing 767-332 appears to be translucent in this time exposure. The photographer says he wanted to capture an image like this for a long time. 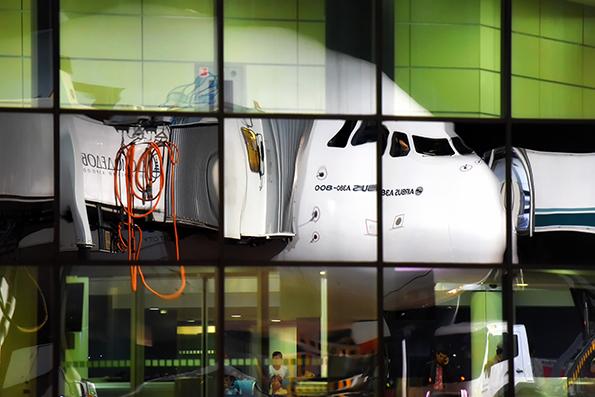 This year, Emirates added a new daily flight on the Airbus A380.

Big can be beautiful, as these widebody aircraft shot in day and night, in fog, snow and clear weather show.

Descriptions of photos are provided by the photographers. Although we make corrections when possible, we are unable to verify every detail provided with the photos or to research photo subjects.