Inside The eVTOL Explosion

Airbus’s Silicon Valley outpost A³ plans to fly the single-seat Vahana by year-end. The unmanned flights will focus on demonstrating autonomy and detect-and-avoid. Vahana has eight 45-kW electric motors driving variable-pitch propellers on the tilting canard and wing. A 35-kWh battery split into two swappable packs provides a range of about 50 mi. at speeds up to 100 mph. 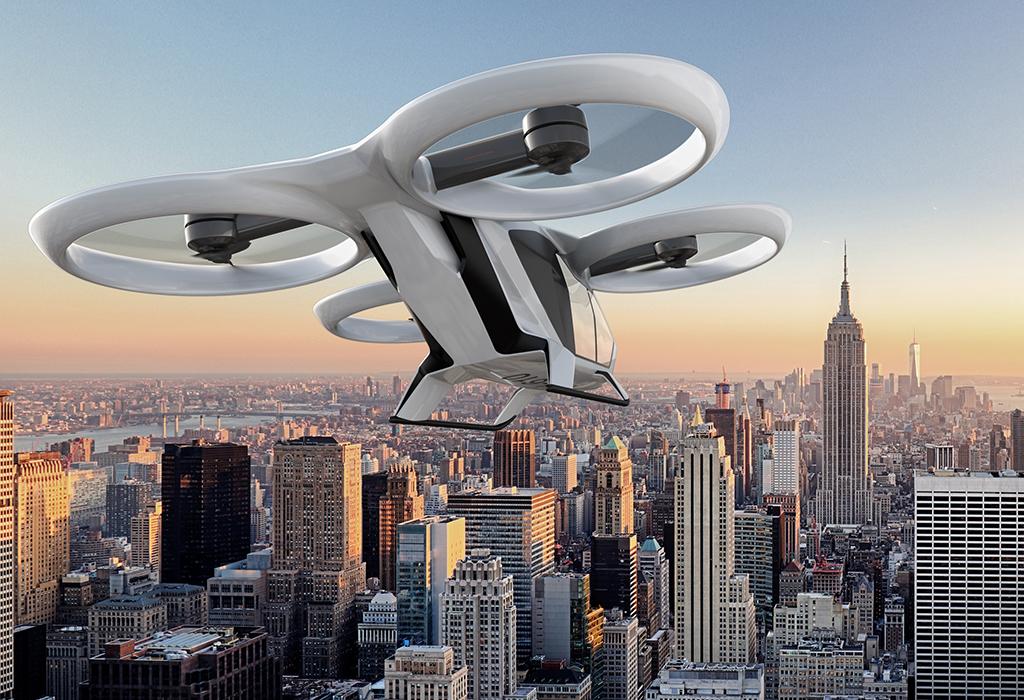 An unmanned prototype of Airbus’s four-seat CityAirbus is planned to fly by the end of 2018. The battery-powered aircraft has eight fixed-pitch propellers mounted in coaxial pairs in four ducts and is designed to have a range of 60 km (37 mi.) and a cruise speed of 120 kph (75 mph). The CityAirbus is intended to be piloted initially, and manned flight tests are planned for 2019. 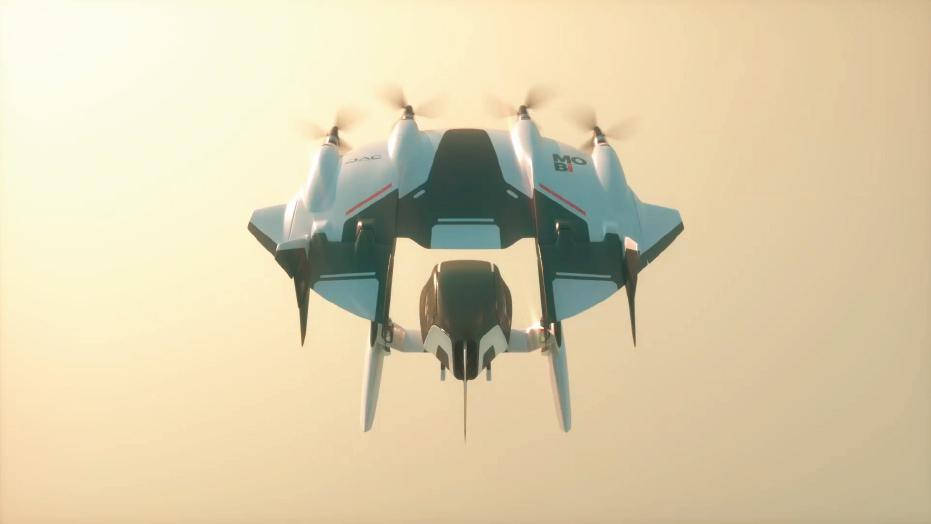 Design house Detroit Aircraft has established AirspaceX to develop the Mobi, an autonomous tilt-wing eVTOL configured to carry interchangeable underslung payload modules. These include a four-passenger cabin that could connect with a wheeled ground module for road travel. Mobi has a flight endurance of 1-2 hr. and range of up to 100 mi. carrying an 880-lb. payload. 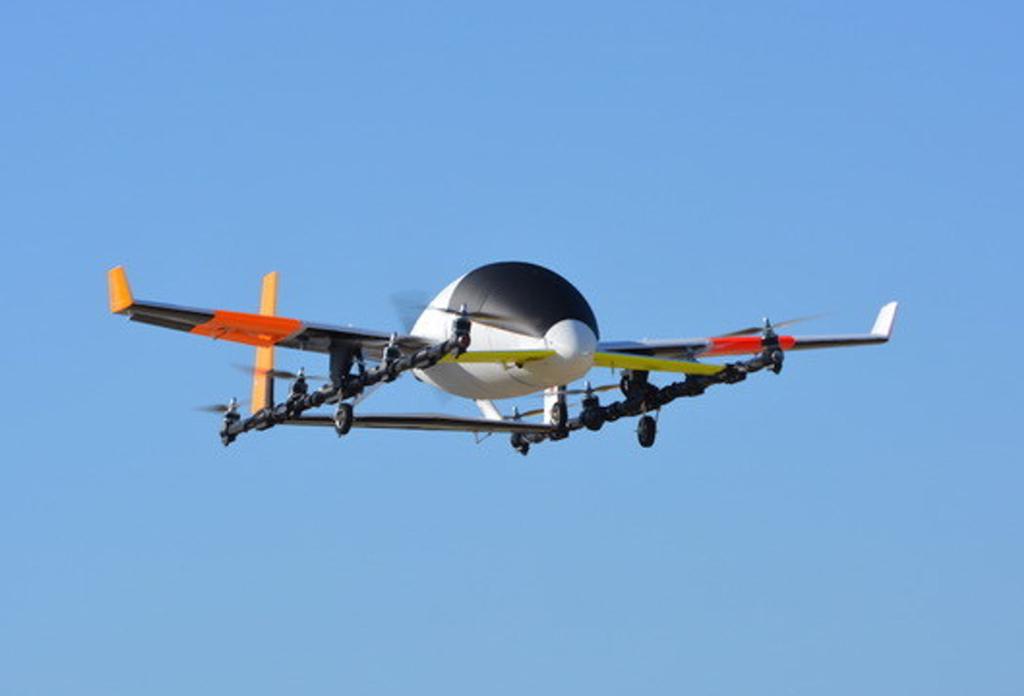 Aurora has flown a one-fourth-scale unmanned model of the eVTOL concept it is developing for Uber. The two-seat aircraft uses distributed thrust, with separate lift and cruise propulsion for simplicity. Eight lift rotors are mounted on two rails and shut down after transitioning to forward flight, when lift is provided by the canard, wing and empennage and thrust by the cruise propeller. 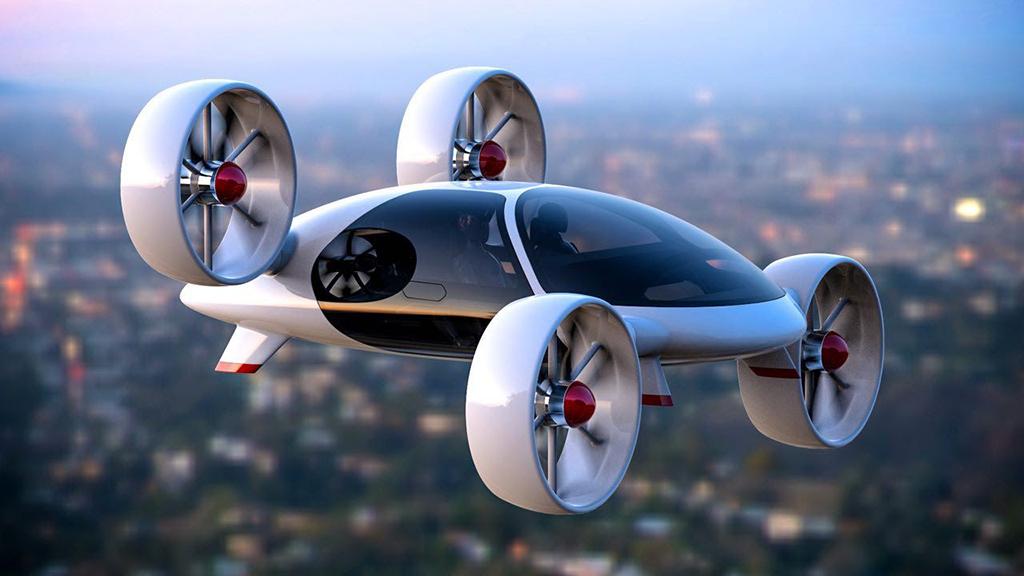 Russian startup and self-described consortium Blockchain.aero plans to launch air taxi services by 2020 with two-  and four-seat eVTOLs developed by another Russia startup, Bartini, and using a cryptocurrency for all transactions. Bartini’s vehicle has coaxial variable-pitch fans in four tilting ducts and a claimed 30-min. flight time at 300 kph for a range of 150 km. 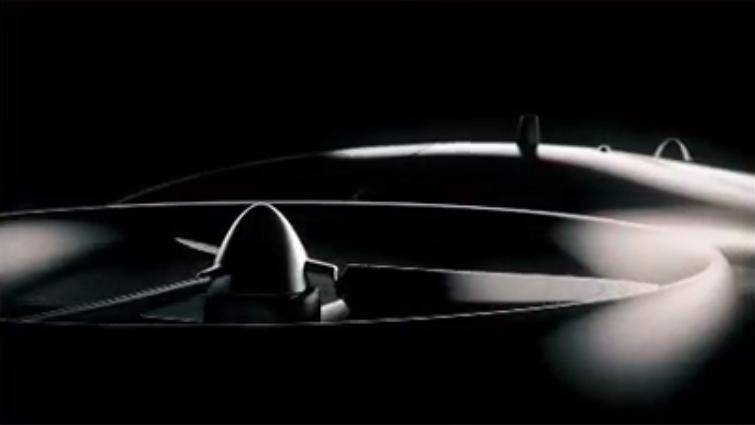 Rotorcraft manufacturer Bell Helicopter has partnered with Uber to develop an eVTOL vehicle. It has not revealed a design, but teased glimpses of possible tiltrotor and ducted-fan configurations. Bell’s goal is to develop a modular architecture that could be used to produce different electric and hybrid-electric aircraft for different markets, both commercial and military. 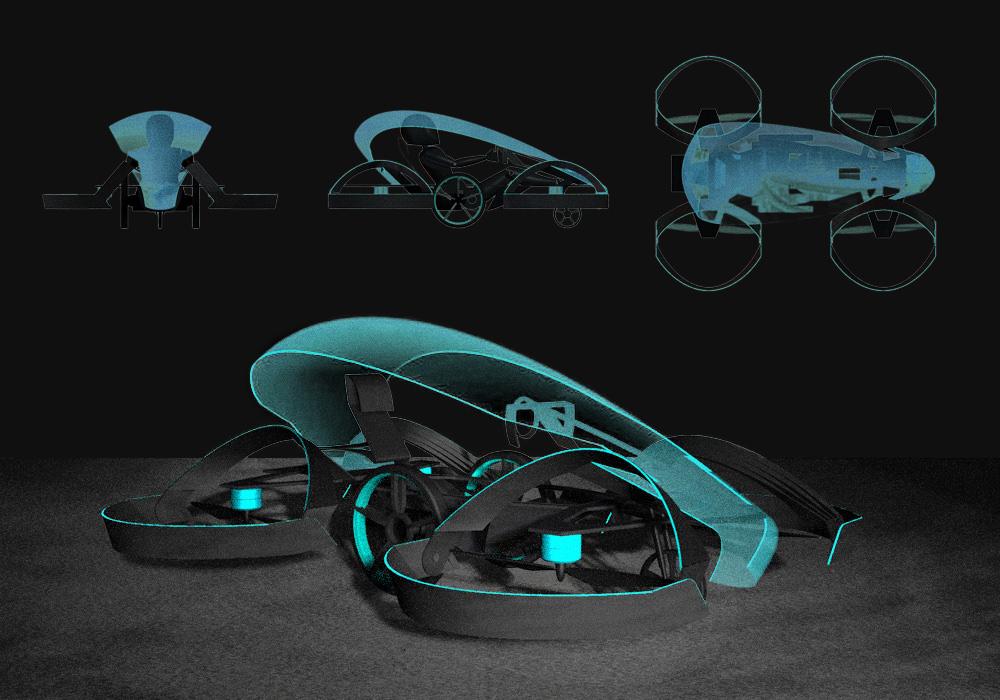 Toyota Group has made a small investment in Japanese startup Cartivator, which is developing a single-seat eVTOL it hopes to fly at the Tokyo Olympic Games in 2020. The SkyDrive is a lightweight fly/drive vehicle that resembles a recumbent bicycle and is designed to drive at up to 150 kph and fly at up to 100 kph and about 10-m (30-ft.) altitude. 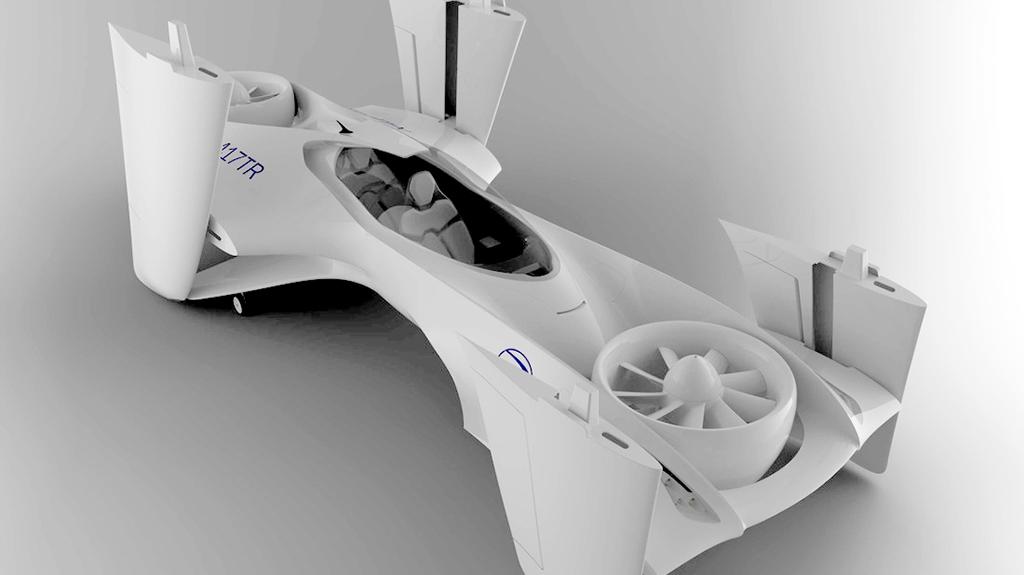 Startup DeLorean Aerospace’s DR-7 is a personal eVTOL with two seats and two tilting ducted fans mounted fore and aft on the sleek-winged airframe. In addition to thrust for vertical and forward flight, the ducted fans are gimballed to provide flight control in thrustborne and wingborne flight. Goals include a maximum speed of 240 mph, increasing to 300 mph with variable-pitch fans. 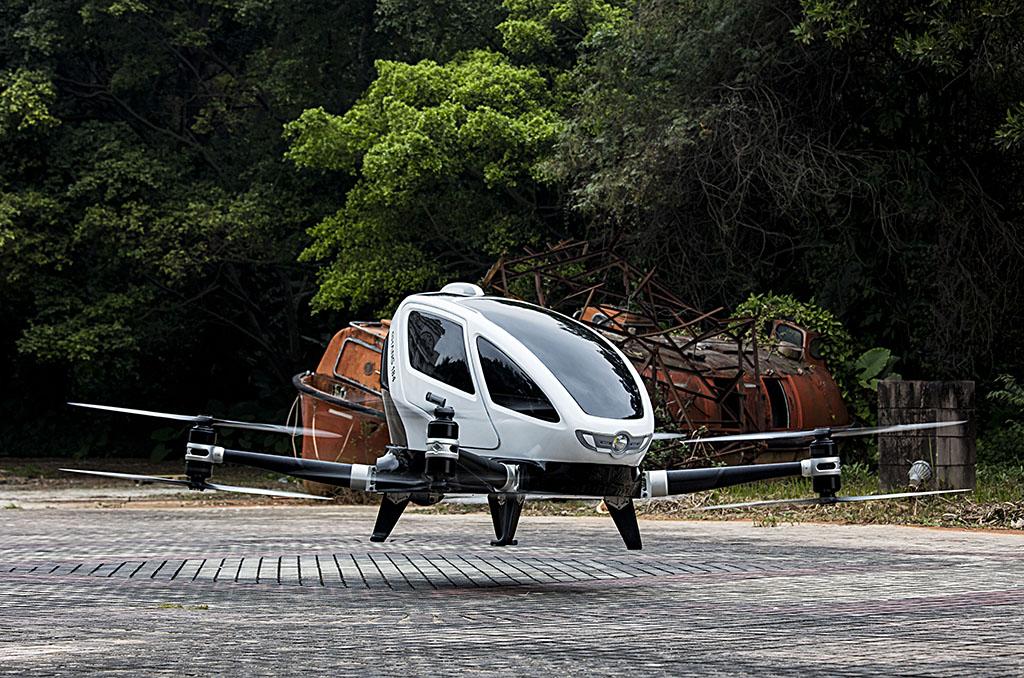 Chinese drone-maker Ehang unveiled the single-seat Ehang 184 at the Consumer Electronics Show in early 2016 in Las Vega, and says it has flown more than 20 of the autonomous vehicles during development. This includes test flights in Dubai and initial flights of the unmanned aircraft with a passenger on board. Goals are a flight time of 25 min. at 100 kph carrying a 120-kg (265-lb.) payload. 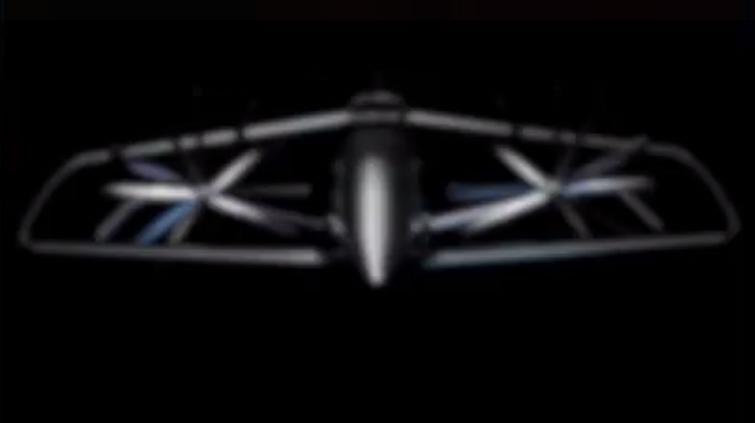 The Brazilian aircraft manufacturer has partnered with Uber to develop an eVTOL aircraft. It has not revealed a design, but has teased the blurry image of one possible configuration with joined wing and tilting props. Embraer says it is interested in applying its commercial-aircraft experience to operating and maintaining eVTOLs and providing air traffic control services, not just building them. 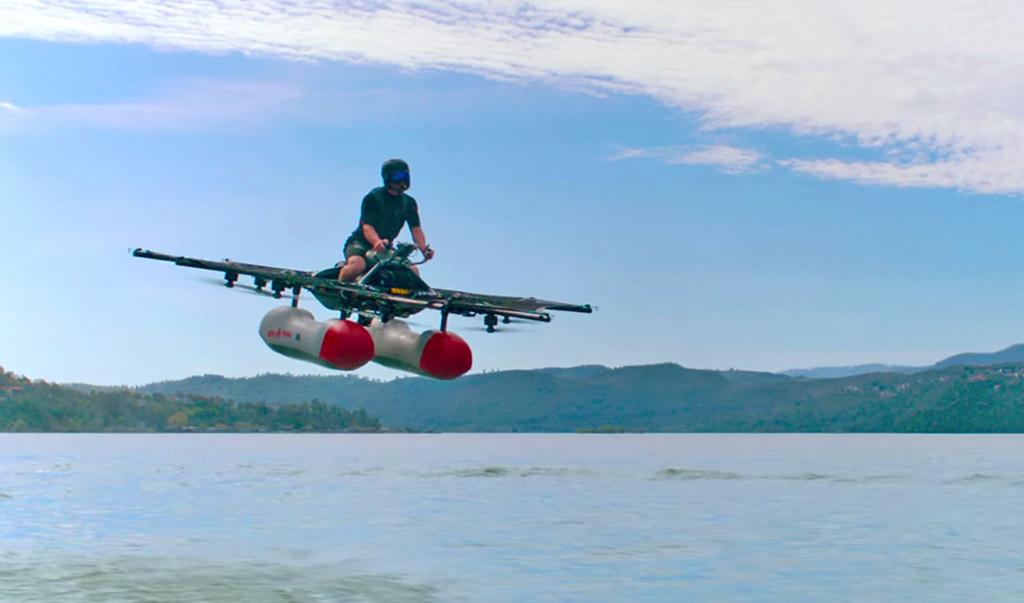 Owned by Google cofounder Larry Page, Kitty Hawk’s first product is a single-seat recreational eVTOL, the Flyer, that resembles a flying jet ski and is intended for use only over fresh water. Designed to meet ultralight rules, the Flyer can be flown without a pilot’s license. Production deliveries are to begin by year-end. A flight time of 15-20 min. is expected initially. 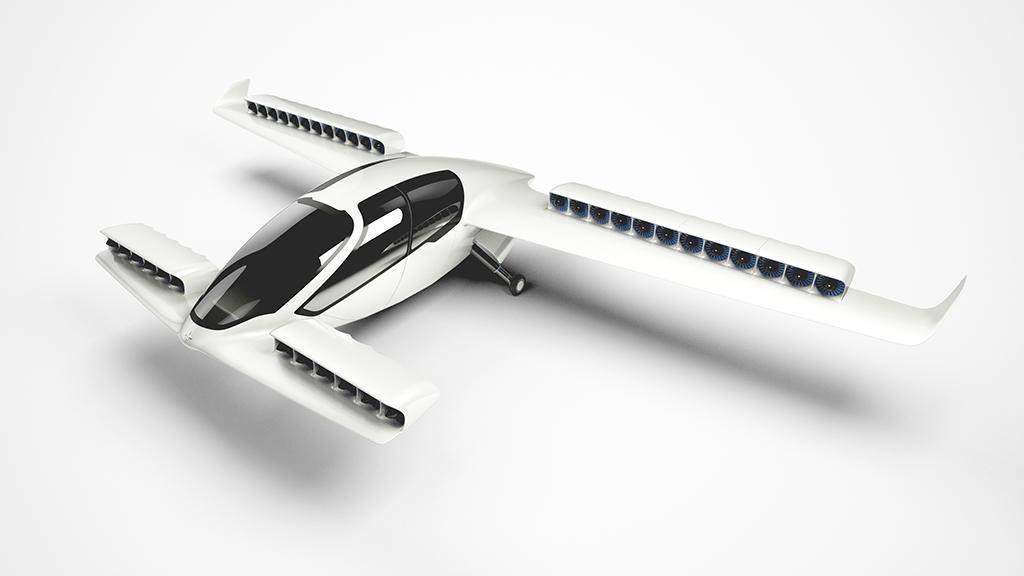 German startup Lilium conducted an initial flight of the unmanned prototype of its eVTOL aircraft in April, including a vertical takeoff, low-speed flight and vertical landing. The company is developing a larger, five-seat production aircraft (pictured) it plans to fly in 2019. The aircraft has arrays of electric ducted fans mounted on tilting flaps—12 on the trailing edges of the canard and 24 on the wing. 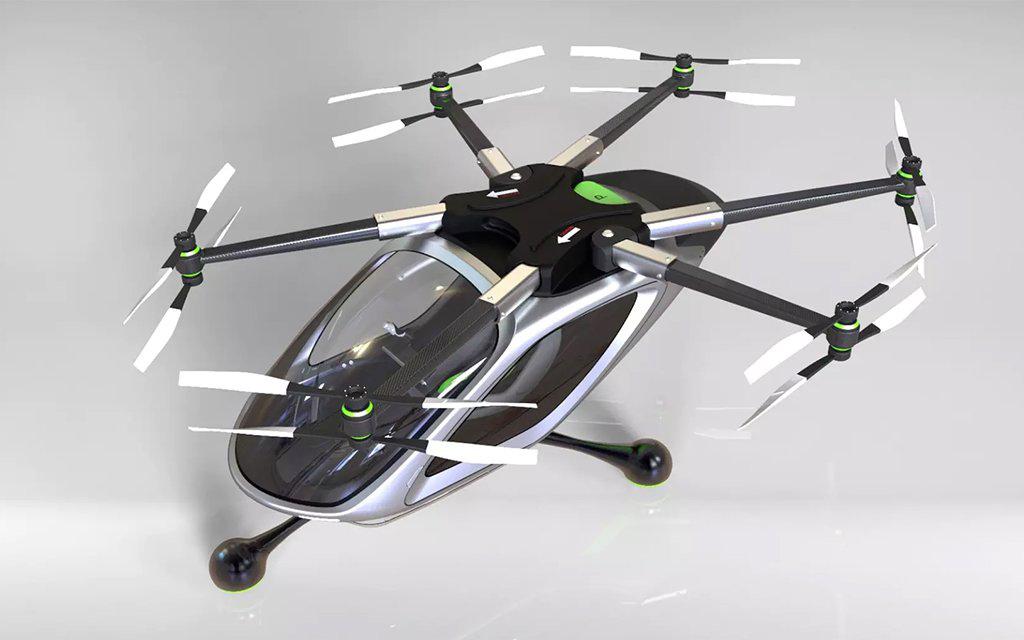 As its name suggests, California-based JetPack Aviation produces JetPacks for individual flyers, including the turbine-powered JB10 first flown in 2016 and electric JB12 now in development. The company also plans to develop a single-seat eVTOL, a multicopter design with 12 rotors mounted in six coaxial pairs above the cabin. 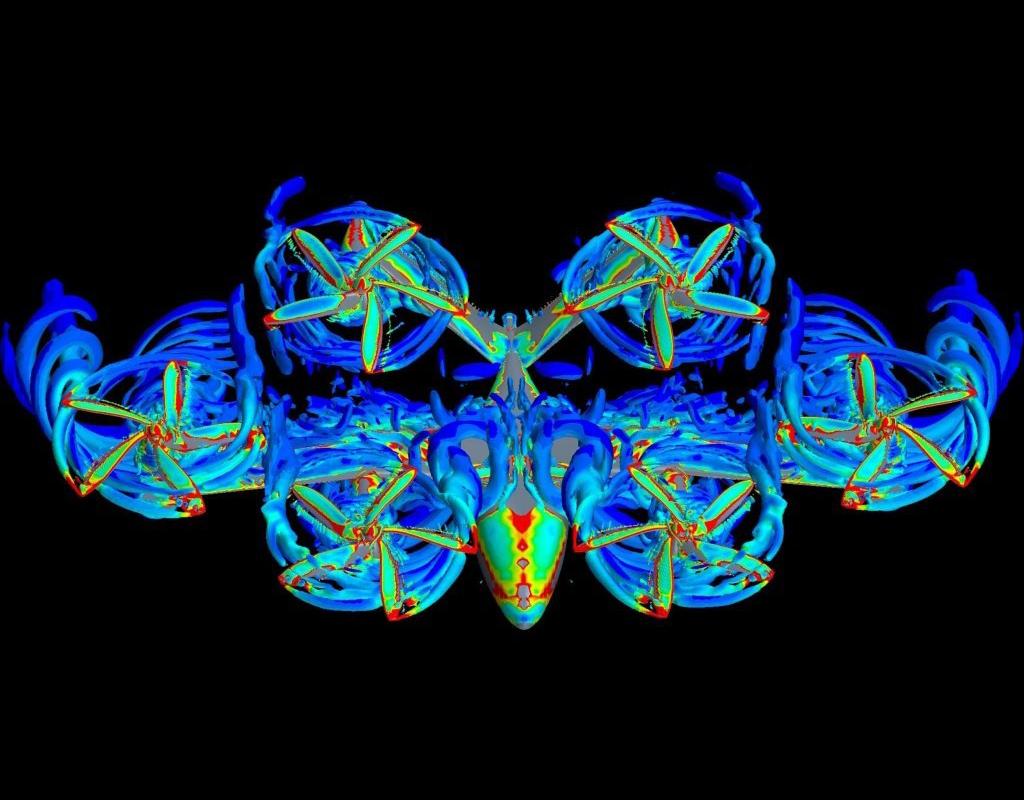 After talking openly about its S2 two-seat, tilt-prop eVTOL concept, Silicon Valley startup Joby Aviation has said almost nothing since switching to the four-seat S4—although a proof-of-concept aircraft was expected to fly toward the end of 2016. The S4 has six props, four on the wing and two on the tail, that tilt upward for vertical takeoff and landing and forward for cruise. 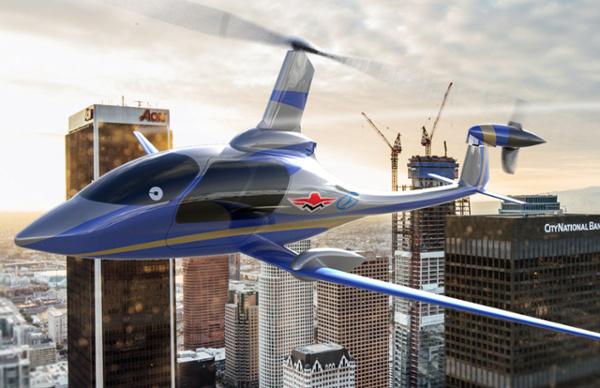 Teamed with Mooney International, Carter Aviation Technologies has partnered with Uber to develop a four-seat eVTOL using its slowed rotor/compound configuration. Essentially an autogyro, the vehicle has a two-blade unpowered rotor that is slowed to reduce drag in forward flight, when lift is provided by a 34-ft.-span wing and thrust by a pusher propeller on the tail. 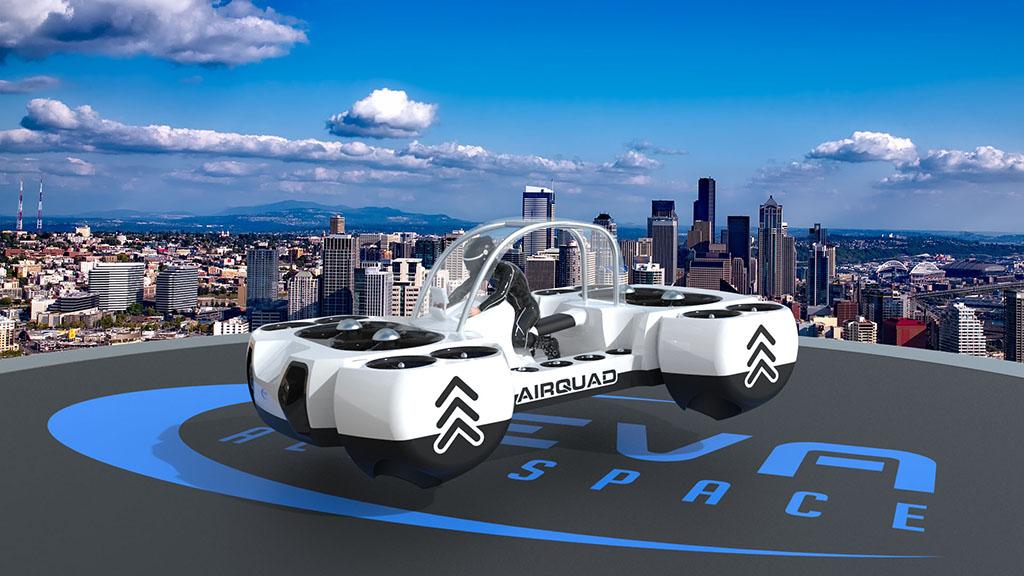 UK-based Neva Aerospace is developing the AirQuadOne, a single-seat eVTOL with 20 electric ducted fans providing lift and thrust. The vehicle provides motorcycle-style seating for its single occupant. Goals include a flight time of 20-30 min. and speed of 80 kph carrying a 100-kg payload. Neva says it plans a hybrid-electric version of the vehicle. 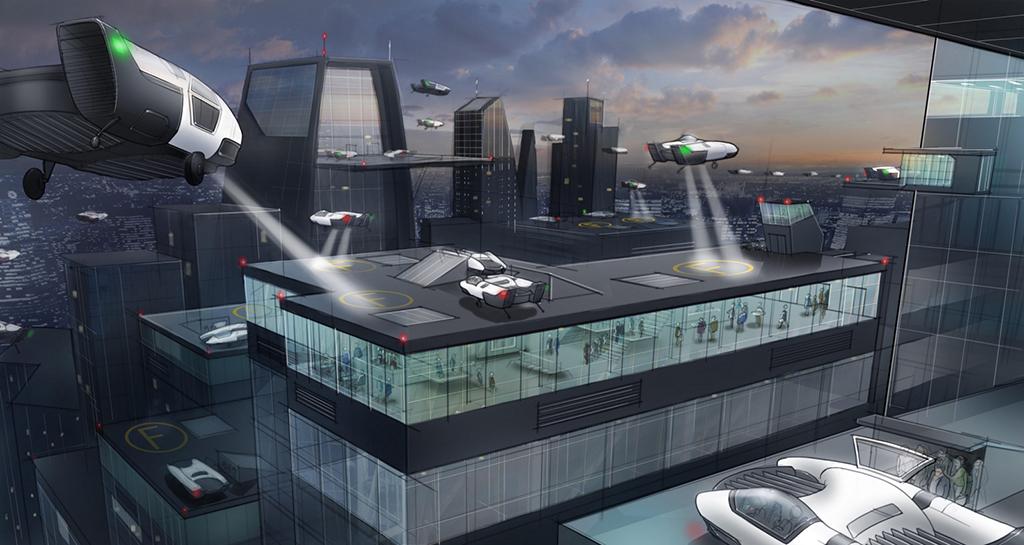 Israel’s Urban Aeronautics has formed Metro Skyways to develop the CityHawk, a four-seat aircraft based on the design of the Cormorant ducted-rotor VTOL unmanned cargo aircraft now in flight test. The aircraft would be piloted and turbine-powered initially, but Urban has plans for it to be autonomous and hydrogen-fueled eventually.

Carmaker Daimler has invested in German startup Volocopter, formerly E-volo, which has an agreement to begin tests of its two-seat multicopter air taxi in Dubai beginning in the fourth quarter of this year. The production Volocopter 2X has 18 rotors mounted in an array above the cabin, and has a flight time of 27 min., maximum speed of 100 kph and a 160-kg payload. 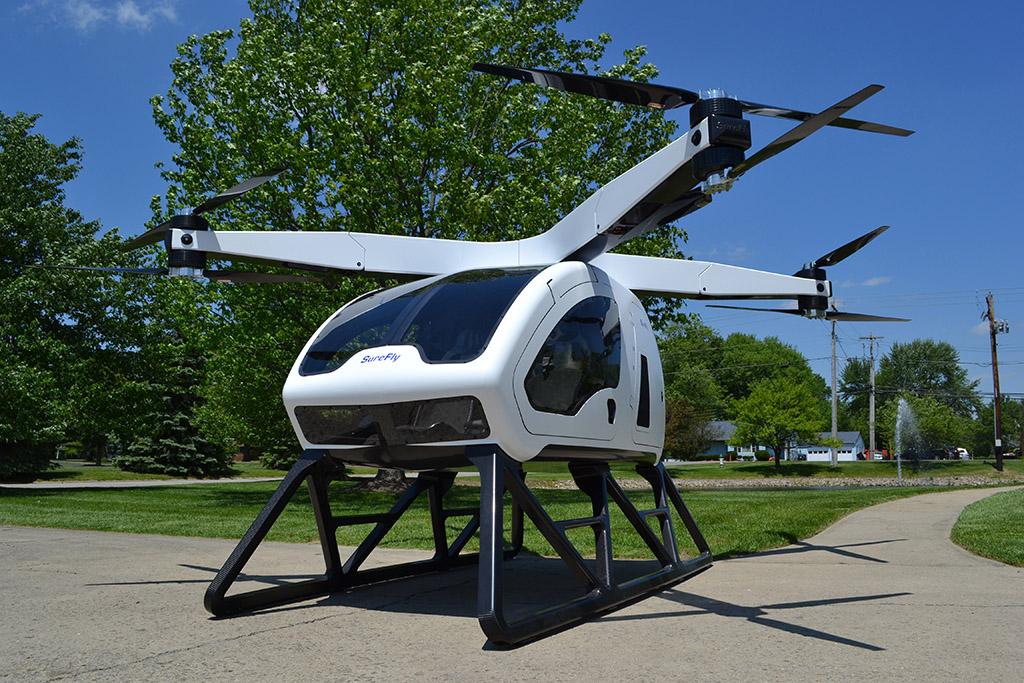 Truckmaker Workhorse Group plans to fly a prototype of its SureFly two-seat hybrid-electric VTOL aircraft by year- end. The aircraft has eight rotors in coaxial pairs on the ends of four arms above the cabin. A 200-hp gasoline engine powers two generators that drive the motors and recharge the batteries. SureFly’s flight time of 1 hr. gives it it a range of up to 70 mi. at speeds up to 70 mph. 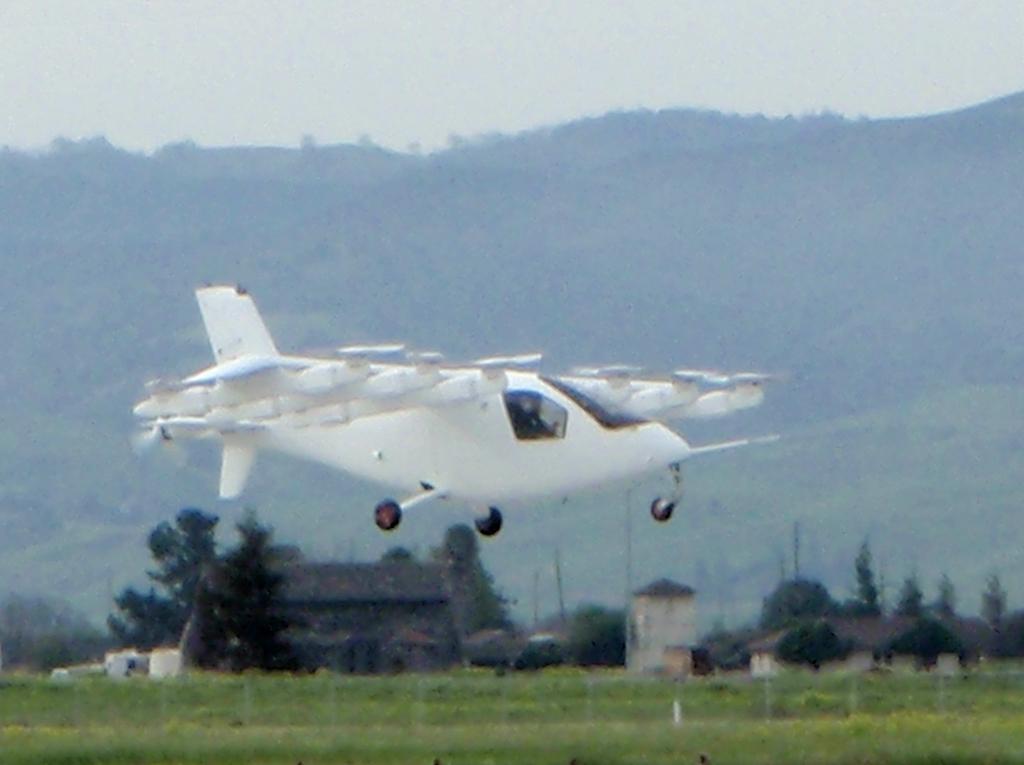 Secretive Zee.Aero, owned by Google cofounder Larry Page, is test-flying a piloted subscale prototype of its eVTOL aircraft. The Z-P1 prototype has 12 rotors for vertical lift, arranged in fore/aft pairs on the ends of six booms mounted under the wing. A pusher propeller, mounted aft of a conventional tail, provides propulsion in forward flight.

More than a score of electric vertical-takeoff-and-landing (eVTOL) designs are known to be in development, just a handful of them in partnership with Uber and not all of them from startups. They range from single-seat recreational vehicles to four-seat air taxis. Here are most, but far from all, of the aircraft in development.

Why Is Uber So Crucial?

Why Is eVTOL Needed?

Are Batteries There Yet?

Can It Ever Be Safe Enough?

Can It Be Quiet Enough?

How Will eVTOLs Be Operated?