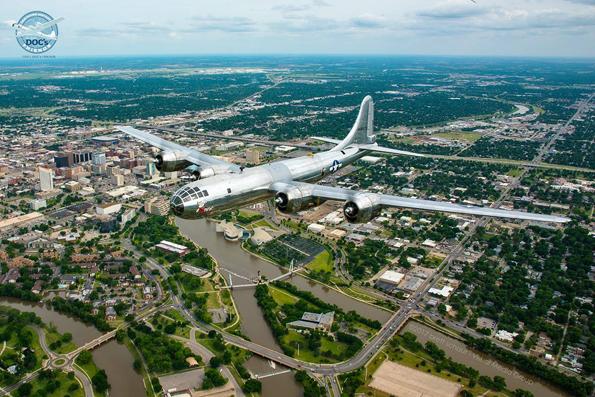 The restored B-29 Superfortress known as “Doc” took off from Wichita July 21 on its way to Oshkosh, Wis., where it will be on display all week at EAA AirVenture. The B-29 was one of the most technologically advanced aircraft at the time. It has remote-controlled guns and advanced radar for bombing and navigation. It also was the heaviest production aircraft because of increases in range, bomb load and other requirements. 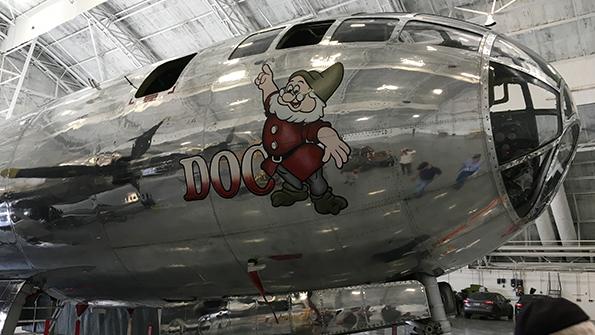 B-29 ‘Doc’ Prepares to Depart Wichita

“Doc” flew during the Korean War and was decommissioned in 1956. The restored aircraft is now kept in a former Boeing hangar next to McConnell Air Force Base’s runway. Its permanent home will be constructed at Wichita Eisenhower National Airport by September 2018. 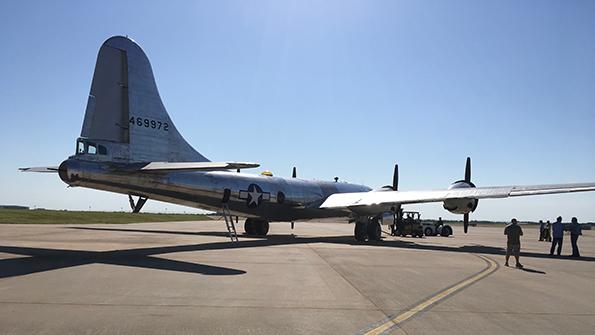 ‘Doc’ on the Flight Line in Wichita

Volunteers pulled “Doc” out of a former Boeing hangar in Wichita, where it is temporarily housed, before takeoff from McConnell Air Force Base on its way to Oshkosh, Wis., with a planned stop in Cedar Rapids, Iowa. 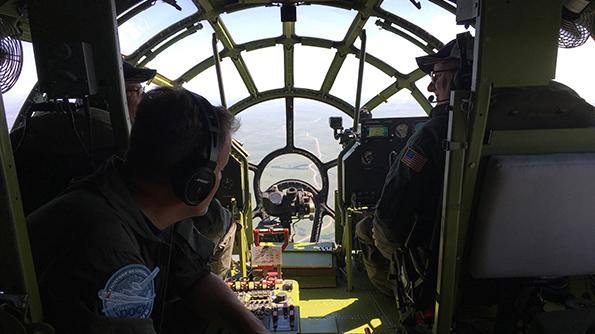 Pilot-in-command Mark Novak and second-in-command Sean Elliot, along with a flight engineer, navigator and three scanners, crew the B-29 on its way to Oshkosh. The aircraft has no nose wheel steering. The only way to taxi the aircraft is by using brakes and power. Rudders become effective at 50 or 60 mph. Novak is a pilot on the only other B-29 flying, Fifi. 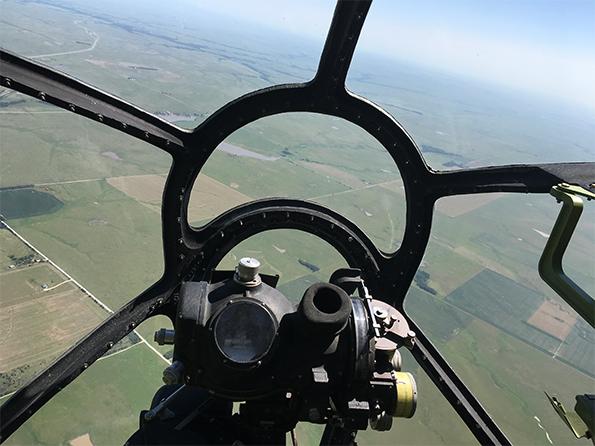 The view from the Bombardier station in the nose of the B-29 called “Doc.” The gunner in that position had an exposed seat and saw the world go by at 200-250 mph, noted Doc spokesman Josh Wells. It was just glass between him and enemy fire. Often the enemy gave chase until the aircraft could climb out of reach. 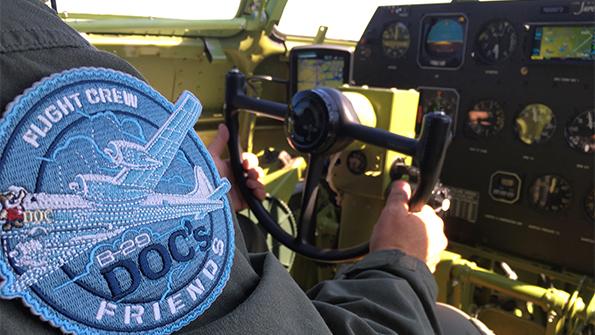 Pilot Mark Novak at the Controls of B-29 ‘Doc’ 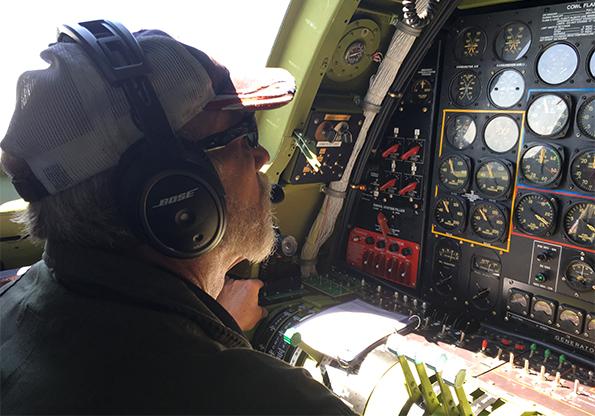 Flight engineer Ken Newell is the first Wichita-based crew member to serve on “Doc,” The flight engineer really is the one to fly the aircraft. Among his responsibilities are adjusting the throttle and making sure the propellers on all four engines are in sync. 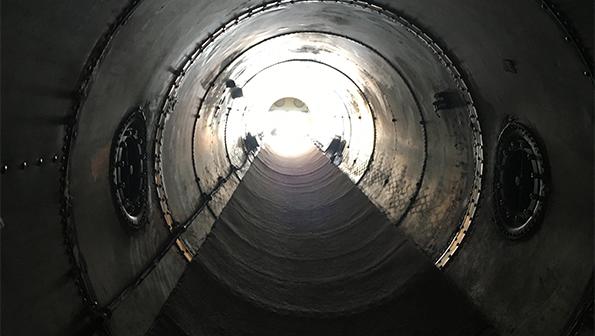 B-29 ‘Doc’ Tunnel Over the Bomb Bay To The Cockpit

The tube in the center of the plane allowed crew members to crawl over the bomb bay to the cockpit. The B-29 was the first pressurized bomber. Two areas, fore and aft, were pressurized and connected by the long tube, which also was pressurized. 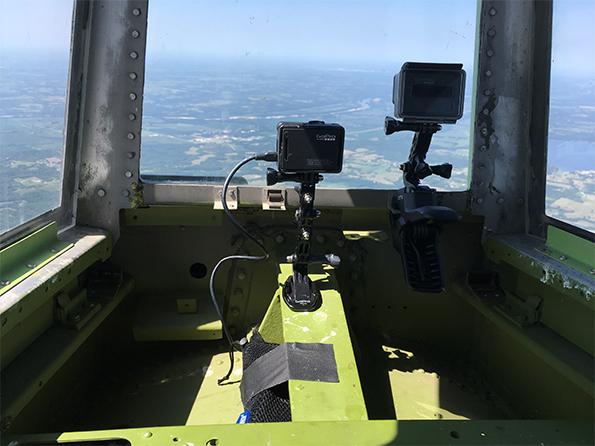 The tail gunner took his position in the tail of the aircraft. The tail gunner had a separate pressurized area that could be entered or left only at altitudes that did not require pressurization. The only things shooting during this flight are GoPro cameras and the photographers. 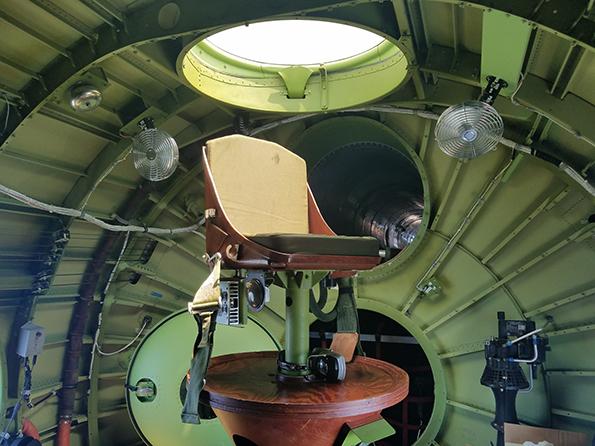 Center Fire Position of B-29 ‘Doc’

The gunner in the main center fire position had a view from the top of the aircraft and controlled all four gun turrets. The seat swivels 360 degrees. 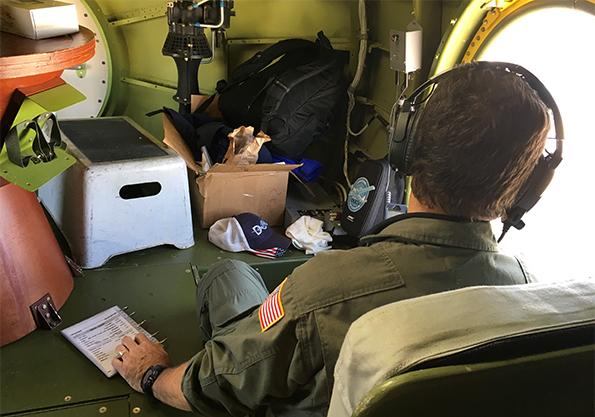 Three scanners crew the B-29 and serve as the eyes and ears of the pilots to monitor what is happening from the wings to the rear of the aircraft. 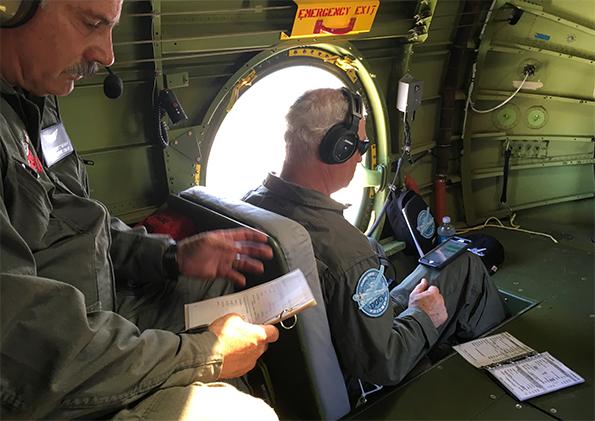 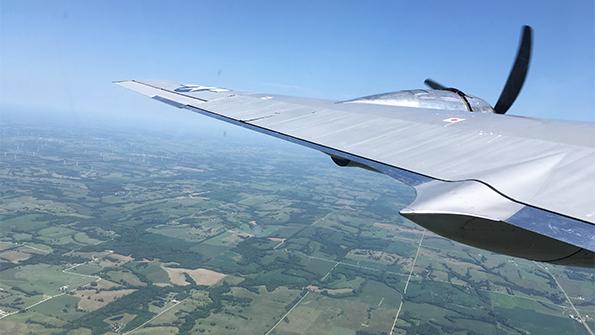 B-29 “Doc” on its way to Cedar Rapids, Iowa, before it heads to Oshkosh, Wis. 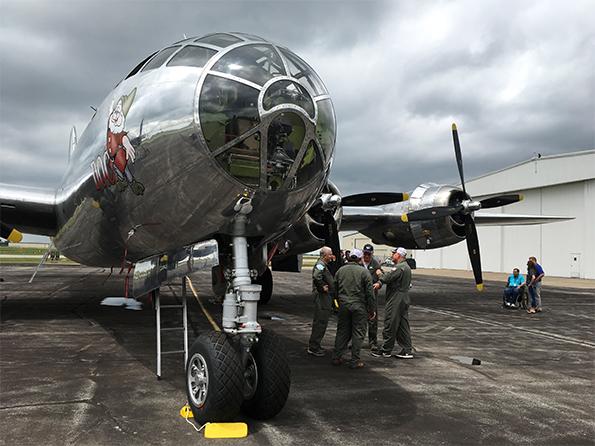 The B-29 “Doc” at Eastern Iowa Airport in Cedar Rapids, Iowa.

Doc burns about 500 gallons of fuel per hour in its first hour of flight and about 400 gallons per hour after. The aircraft flew at 5,500 ft. at a speed of about 200 mph on its way to Cedar Rapids, Iowa. It will fly on to Oshkosh on July 22.

Doc, built in 1944, was one of 2,766 B-29s built at Boeing. This aircraft arrived in Wichita in 2000 in pieces on flatbed trucks, and volunteers spent more than a decade lovingly restoring the aircraft to flyable condition. It flew for the first time in July 2016.

The aircraft is a flying memorial to the men and women who served in World War II.