Along the way, she has had some unique experiences, including a ride with the U.S.A.F. Thunderbirds Demonstration Team, a parachute jump with the U.S. Army Golden Knights demonstration team and a ride in the back of an Air Force tanker watching a boom operator fuel a fighter jet. Her reporting has taken her across the world. Molly became a private pilot in 2011.

She has won multiple state and national journalism awards, including awards from the Society of Business Editors and Writers, Heart of America and the Kansas Press Association. She was the recipient of the 2013 National Business Aviation Association’s Gold Wing Award for Journalism Excellence and was featured in a book on Kansas called Ad Astra: 161 Adventurers, Astronauts, Discoverers, Explorers, Pilots, Pioneers and Scientists.

A graduate of Wichita State University, Molly was selected the 2014 Outstanding Alumni at WSU’s Elliott School of Communication.

By Molly McMillin Feb 03, 2023
By category, small jets were the most delivered with 306 aircraft in 2022, followed by large jets at 214 and medium jets at 187.
Aircraft & Propulsion
Daher Deliveries, Orders Increase In 2022
Daher’s aircraft division delivered 73 Kodiak utility aircraft and TBM single-engine turboprops in 2022, up from 68 in 2021.
natalia.pelayo… Wed, 02/01/2023 - 19:58
Author
Molly McMillin
Content source
The Weekly of Business Aviation
Primary Category
Aircraft & Propulsion

With Bizav ‘Under Attack’, The Time To Act Is Now, Leaders Say

By Molly McMillin Jan 31, 2023
Business aviation has come under assault around the world and industry leaders are raising alarms.
Aircraft & Propulsion 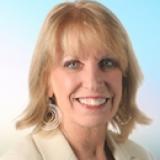