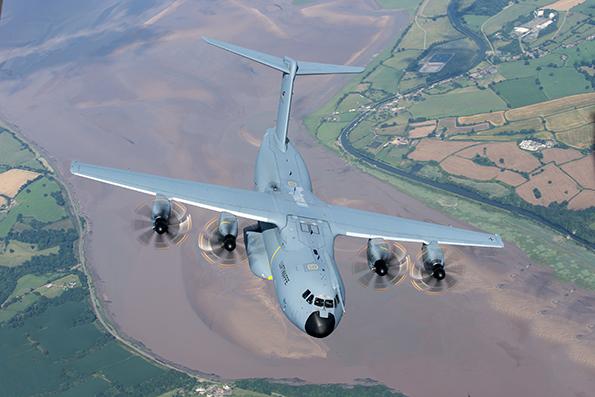 A Luftwaffe A400M seen over the Severn Estuary. 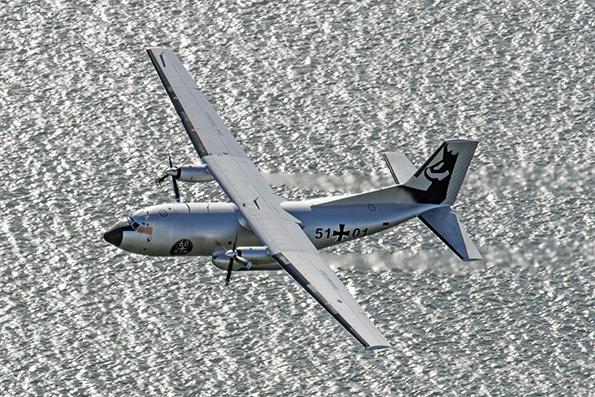 A "lucky shot" taken from a Cessna 172 at 2,000 ft. altitude of a German Air Force C-160 Transall approaching Texel International Airport for a fly-by on its way home after participating in the Heldair-100 airshow. 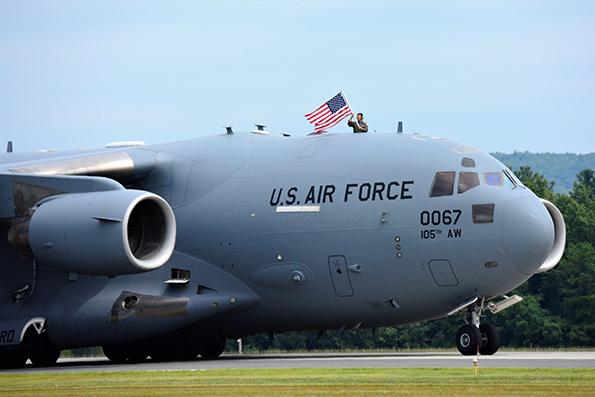 After finishing an aerial performance, a C-17 Globemaster of the 105th Airlift Wing from Stewart Air National Guard Base in New York taxis past the crowd at the Westfield International Airshow in Springfield, Massachusetts. 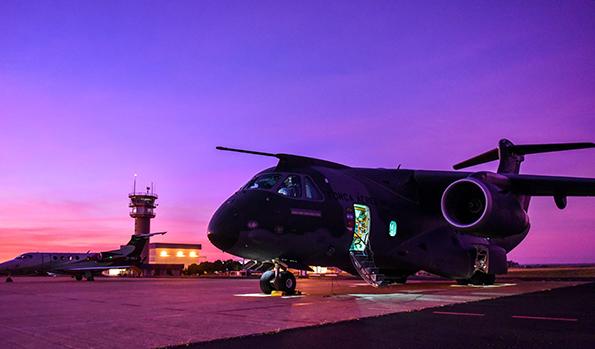 Although it's a simple vehicle, a bicycle is still efficient when transporting hardware throughout the ramp to this high-tech Embraer KC-390. 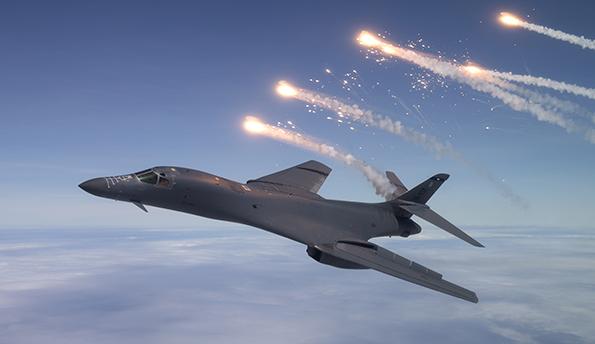 B-1 on Prowl over Pacific

A B-1B from the U.S. Air Force Ninth Bomber Sqdn. flying a mission over the Pacific Ocean while deployed to Andersen AFB, Guam. 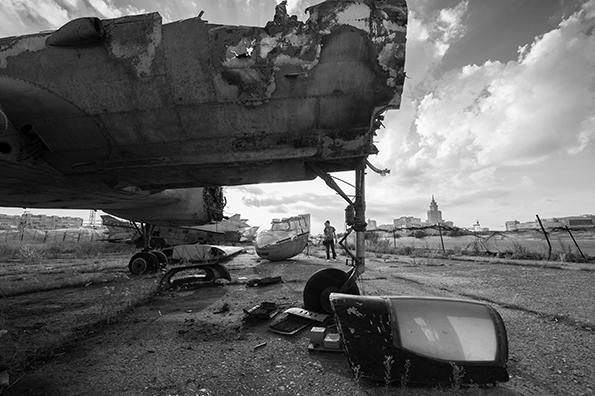 Cemetery of old aircraft in the center of Moscow. 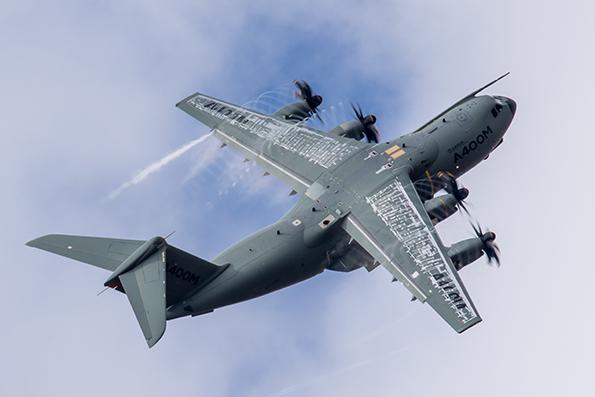 A400M Finds A Hole In The Clouds

A400M Atlas flies over a single patch of blue sky during its display at the  2017 Royal International Air Tattoo, RAF Fairford. 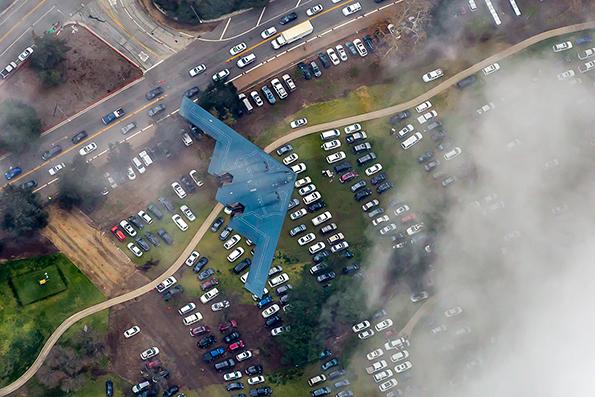 The B-2 is captured from above through a hole in the clouds just before it flew over the start of the Rose Bowl football game in Pasadena, California. 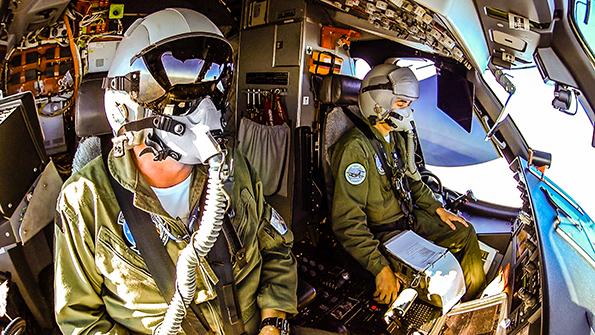 Flight test crew in the cockpit of an Embraer KC-390 during a high altitude test flight with the rear ramp open. 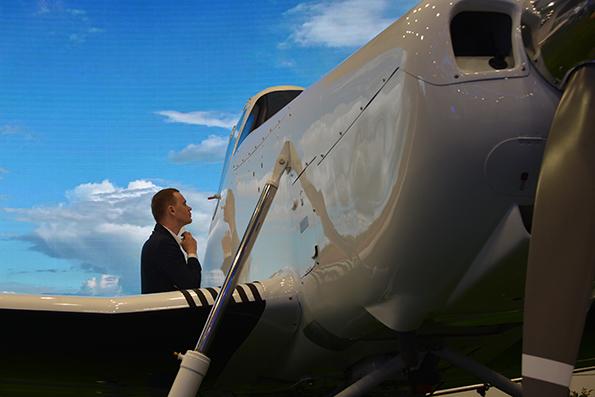 Customer eyes an aircraft on the flight line at the 2017 Moscow Air Show. 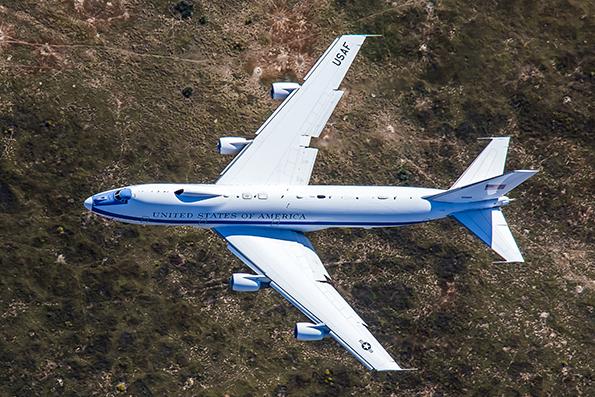 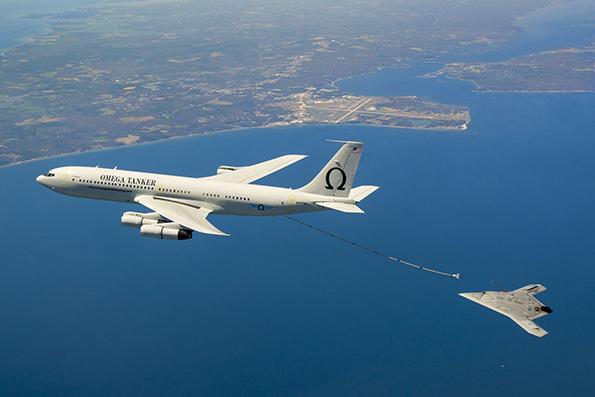 An Omega Air Refueling KC-707 refuels the X-47B unmanned combat aerial system in the first ever instance of autonomous aerial refueling of an unmanned aircraft. 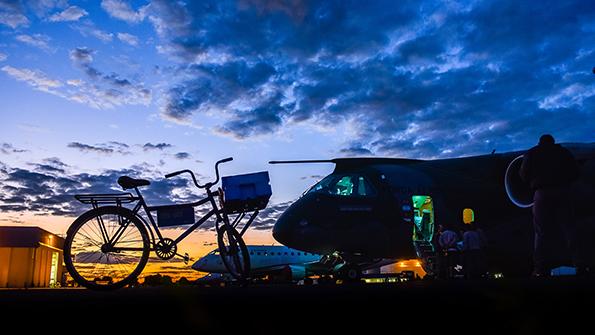 Although being a simple vehicle, a bicycle is still efficient when transporting hardware throughout the ramp to this high-tech Embraer KC-390 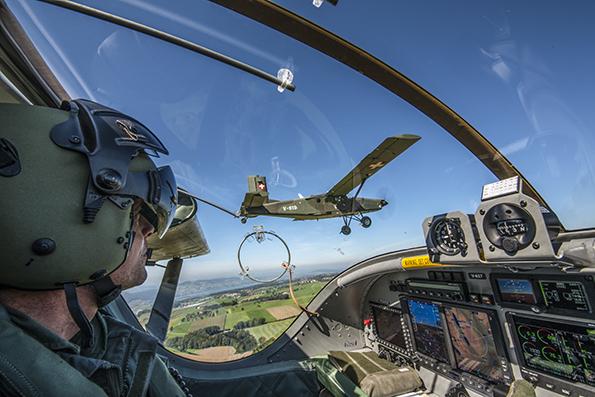 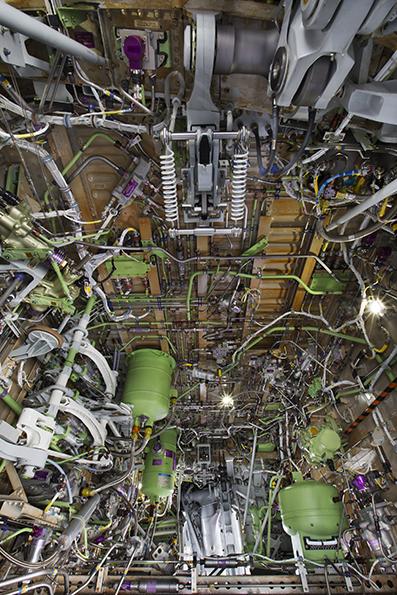 This P-8 was a new acquisition for the Royal Australian Air Force (A47-001). It was on static display at the RAAF Edinburgh. This view shows the labyrinth of cable, hydraulic plumbing and mechanical linkages within the main landing gear stowage area. 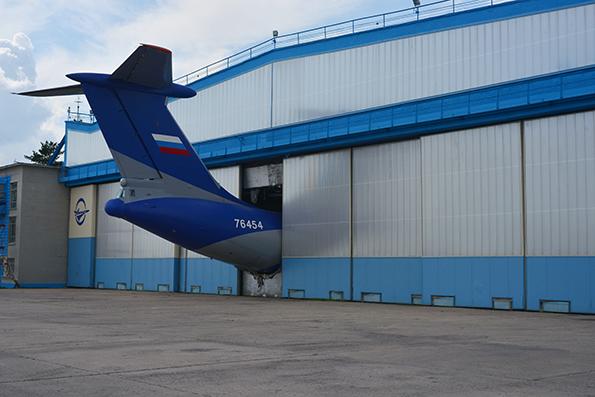 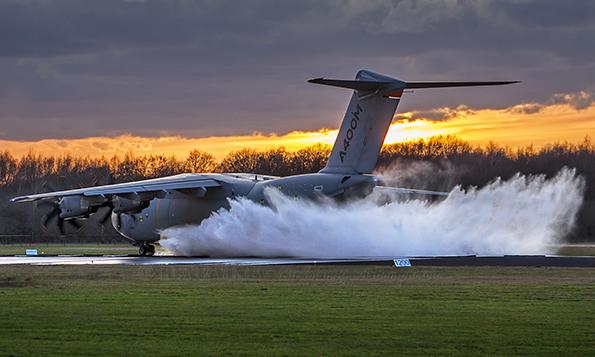 Airbus Industries A400M splashes through water at Twente Airport for tests on a very wet runway. 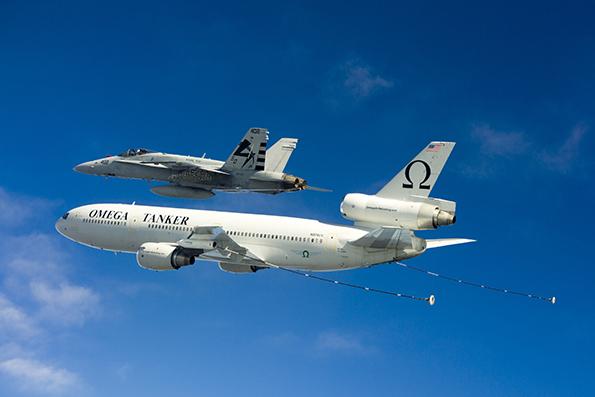 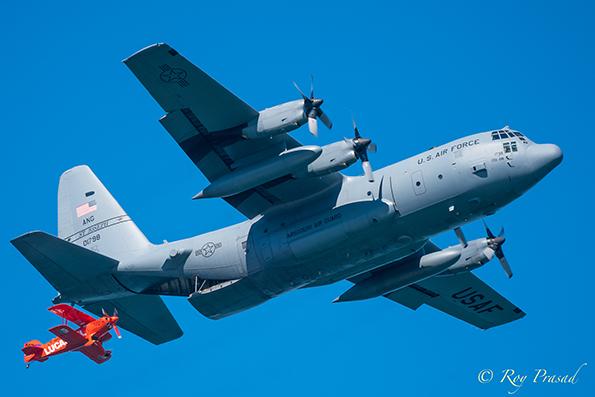 Synchronized flying at the San Francisco Air Show on Oct. 6, 2017. 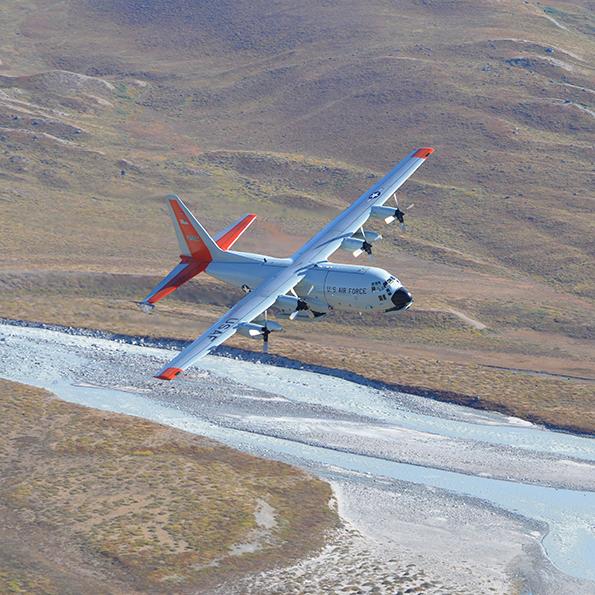 This gallery features a multinational selection of military transports and bombers, ranging from a Northrop Grumman B-2 and KC-390s to Soviet-era transports in Russia.

Descriptions of photos are provided by the photographers. Although we make corrections when possible, we are unable to verify every detail provided with the photos or to research photo subjects.