Opinion: A Five-Part Strategy For Airbus

For the two big commercial aircraft OEMs, the next few years will be very tough going. It will be important for them to maintain a strategic plan, a list of goals and directions beyond mere survival. In July, Kevin Michaels’ column provided a definitive list of Boeing’s priorities (July 27-Aug. 13, p. 10). Here is my equivalent strategic priorities list for Airbus:

(1) Make a tough twin-aisle choice. Airbus A350-XWB output is falling quickly, probably by at least 50%. Meanwhile, Airbus’ other twin-aisle, the A330neo, has an extremely weak orderbook and faces years of two-per-month production rates. The two aircraft are not all that different in terms of capabilities and price point. Airbus must decide whether to bolster A350XWB sales by killing the A330, which would end a profitable long-running program but rationalize production, saving money.

This decision largely comes down to Delta Air Lines, the only truly strategic (and healthy) A330neo customer. Since Delta is also an A350XWB customer, consolidating these orders should not be a problem. Airbus also needs to consult with Rolls-Royce, the engine prime on both programs, since Airbus needs to be mindful of Rolls’ health.

(2) Maintain aircraft design capabilities. Overall, Airbus’ product portfolio is in better shape than Boeing’s, since the latter company is heavily dependent on the 737-8 for its single-aisle market standing, while Airbus enjoys a strong presence throughout its narrowbody product line. It will be easy for Airbus to become complacent and coast on this product lineup, though, jeopardizing its strong design capabilities.

So far, unlike Boeing, Airbus has not announced serious R&D budget cuts. Yet it is not really clear what its engineers are doing: Airbus has not had an active new commercial development program since the A350-1000 entered service in February 2018. Factory digitization, green initiatives and ancillary aviation concepts are not the same as designing a new jet. Some kind of new program—even just a stretched A220-500—is essential to keep jet design and integration skills intact.

(3) Rejuvenate defense. Two decades ago, Airbus (and predecessor EADS) defense programs were all about to hit their stride. The A400M transport, Eurofighter/Typhoon, Tiger and NH90 helicopters and others had promising futures. Today, these platforms are winding down, with dwindling backlogs.

There are few new European programs, and the most important by far, the Franco-German-Spanish Future Combat Air System, has been given to Dassault. Dassault has a strong fighter culture and is not famous for cooperating with other primes.

For Airbus, the challenge is clear: It must motivate political leaders to create new programs, get more work on existing programs or promote military derivatives of civil platforms such as the KC-30 tanker or H160M helicopter.

But in many cases, particularly in China and the U.S., secondary lines have helped to circumvent protectionist trade barriers. While the A330neo may be on the chopping block and the A380 is dying, Airbus would be well-advised to preserve the other seven lines, despite the overhead.

(5) Leverage better supplier relations. With Partnering for Success and other initiatives, Boeing has been squeezing its suppliers’ margins by demanding price concessions, aftermarket rights and lengthened payment terms. The results are a weakened supply chain and a lot of alienation.

Airbus can take advantage of Boeing’s aggressive approach by quietly telling suppliers that it will offer better terms and conditions in exchange for superior and more innovative products. This approach could mean that the next generation of Airbus jets will be more competitive than Boeing’s, since Airbus’ will be enabled by best-in-class subsystems and technologies that surpass what Boeing’s aggrieved suppliers are willing to provide.

The COVID-19 downturn will be brutal. But if Airbus prioritizes long-term outcomes, it will come out of it stronger than ever.

Contributing columnist Richard Aboulafia is managing director at Aerodynamic Advisory. He is based in Washington.

3 Comments
Richard West
Thu, 09/03/2020 - 14:47
Good analysis. The new products/design area must be looking at hybrid and all-electric aircraft opportunities. Much of this technology development will require powertrain and battery innovations, which suggest that Airbus should build close associations with European suppliers - like Rolls Royce. Seems likely there will be a period of "re-shoring" manufacture, led by the US. As you have pointed out, Airbus is uniquely placed with manufacture in both US and China. Looks like a number of very interesting developments to come.
Smokerr
Fri, 09/04/2020 - 00:06
There is a logic bust in the article.

If you kill A330neo production, where does that leave the A330MRT?

Airbus should also be looking at A321 New Wing. Saving in fuel use is in the wing and engine.
yvemor
Wed, 09/30/2020 - 20:49
Thank you for sharing.
Good article
I would have added continue development of disruptive technologies: hydrogen propulsion and Advanced Air Mobility.
This will prepare the future 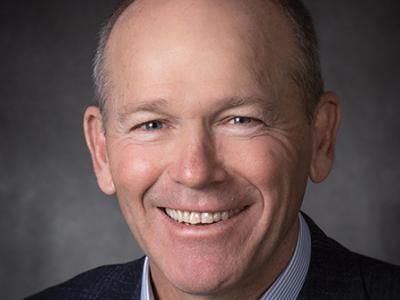