In December 2018, General Atomics Aeronautical Systems executives still felt the bitter sting of a losing bid two months earlier for the U.S. Navy MQ-25 contract, but a clearly disappointed company president vowed to return for the next competition against the aerospace industry’s largest companies. “If the [request for proposals] comes out for a major program of record, we’re all-in,” said David Alexander in that December 2018 interview in his offices in Poway, California.

“We’ll maybe have a few more lessons learned on what to do and what not to do,” he added. "But we’ll go in with both feet planted again and go after it.”

Eighteen months later, General Atomics Aeronautical Systems (GA-ASI) is doubling-down on Alexander’s commitment, releasing exclusively to Aviation Week a concept rendering of a next-generation unmanned aircraft system (UAS) that reflects the characteristics the company’s designers view as essential for the class of aircraft that could replace the MQ-9 by the early 2030s.

GA-ASI was among at least five industry teams that responded to the U.S. Air Force’s request for information (RFI) for a next-generation intelligence, surveillance and reconnaissance (ISR) and strike UAS to enter service in fiscal 2030. Northrop Grumman and Lockheed Martin shared concepts for next-generation UAS designs on Sept. 11. Boeing and Kratos also responded to the Air Force RFI by the July 15 deadline but declined to release concepts at this nascent stage of the bidding process.

Arguably, GA-ASI invented the role of the ISR/Strike UAS with the MQ-9, and the company’s concept for the Reaper is no less provocative, featuring a jet-powered aircraft with distinctive, tear-shaped inlets and a long, high-aspect-ratio wingspan that appear optimized for ultra-long-range flight at high altitudes.

“We’re embracing ultra-long endurance to keep our next-generation ISR/Strike UAS in the fight for longer periods than many ever imagined possible,” Alexander said in a statement to Aviation Week.

Although GA-ASI released no specifications with the rendering, it is clear Alexander means the next-generation concept should have even longer range that the 27-hr. endurance currently offered by the Air Force’s MQ-9. The Air Force Research Laboratory defined ultra-long-endurance in 2019, when a popular light sport aircraft, the Pipistrel Sinus, was modified to fly autonomously for 2.5 days over the Dugway Proving Ground, Utah. The modified aircraft was called the Ultra-Long-Endurance Aircraft Platform.

How the new GA-ASI concept achieves ultra-long endurance is likely to include intriguing surprises beyond the disproportionately long, thin-chord and highly swept wings. The tear-shape inlets appear to feed airflow through parallel ducts down the middle of the fuselage into a mysterious propulsion system. Alexander’s statement hints that the aircraft’s engine is a critical element of the ultra-long-endurance capability.

“Our advancements in propulsion technology will give commanders a longer reach than ever before,” Alexander said.

In the late-1990s, GA-ASI designed the MQ-9 to perform the hunter-killer UAS mission’s three “F’s”—find, fix and finish—by itself if necessary, with a targeting sensor embedded beneath the nose and AGM-114 Hellfire missiles along with GBU-12 laser-guided or GBU-38 GPS-guided gravity bombs under the wing. GA-ASI’s next-generation UAS concept appears capable of performing the role in a similar stand-alone fashion. A faintly visible bulge under the leading edge suggests capacity for a large payload bay, allowing the future concept to carry sensors and weapons internally, unlike the MQ-9.

But the Air Force’s concept of operations is changing. Whether manned or unmanned, any aircraft in the future combat fleet must be capable of finding and striking targets on their own, but they are expected to be able to operate as part of a network. Data from onboard sensors must be shared to the network, and data coming from other sensors elsewhere on the network must be receivable. GA-ASI’s concept is adapted to that approach, Alexander said.

“We envision [the] next-gen ISR/Strike [aircraft] as a conduit, supplier and consumer of information,” hesaid. “We believe it is imperative that future unmanned systems are able to communicate, share information and collaborate—together and intuitively with their human counterparts—across systems and domains in record time.”

The next-generation UAS also addresses the workforce needed to operate the MQ-9, including separate teams of pilots and sensor operators during cruise flight and takeoff and landing. GA-ASI notes that the company has already qualified technologies to enable the existing fleet to taxi, take off and land automatically as well as a ground control system that allows a single pilot to control six UAS.

“Our team has been developing and delivering automation solutions for years,” Alexander said.

3 Comments
gwroble
Tue, 09/15/2020 - 15:39
Range and endurance. If GA-ASI can deliver, this looks very promising.
martin.velek
Fri, 09/18/2020 - 23:44
Marvelous, another big theme for the upcoming round of the "shot vs. armour" race. What comes to mind is an asymmetric approach to defeating the highly networked manned and/or unmanned ISR system(s). Asymmetric means here that instead of developing the same system at a considerable cost and risk, use the system's biggest virtue (or weakness?) - the real-time communication - against it. Given the general hacking capability present among all participants of the arms/influence/power race of today's sick world, is it possible at all to seal the channels between the aircraft/ground/satellites against interference/hacking? See the case of the RQ-170 reportedly overtaken by the Iranians.
Gregory R Lynch
Fri, 10/02/2020 - 05:21
I'm sorry - but looks like "copy/paste" from NGC designs... 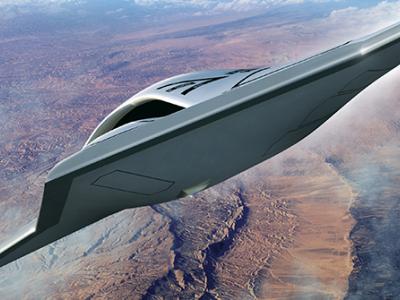 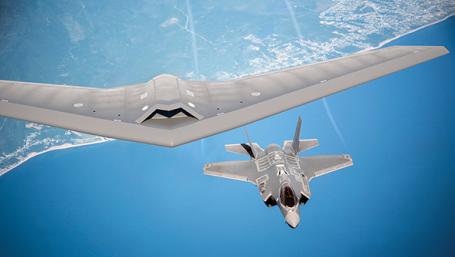