Born in a U.S. Air Force family, he grew up on military bases around the world and came to Washington DC in 1997 to work for Army Times Publishing Co. as a journalist. Steve helped launch the Military.com portal in 2000, then joined the editorial team for Aviation Week’s web site in 2001. He reported on the Pentagon for Aerospace Daily in 2002 and 2003.

From September 2003 to September 2018, Steve covered defense and aviation issues and managed staff as the US bureau chief for Jane’s Defence Weekly and later FlightGlobal. He has covered aviation stories on six continents and won several multiple awards, including the 2017 Aerospace Media Awards honor for Best In-Depth Feature on the effort to revive Russia’s commercial aviation industry.

By Steve Trimble Aug 02, 2021
Hypersonic flight testing for the U.S. Air Force is off to a rough start.
Missile Defense & Weapons 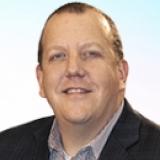