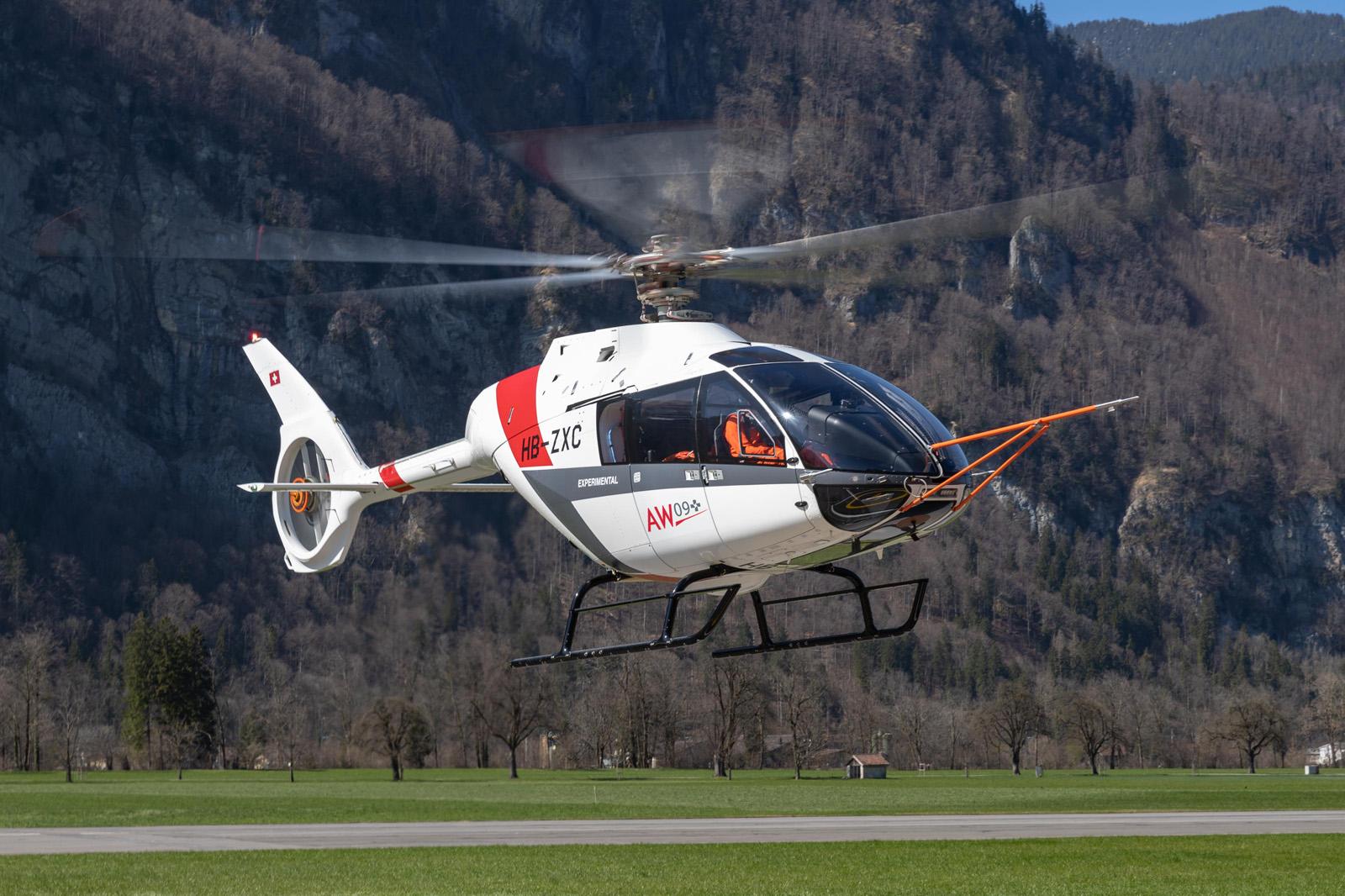 Originally launched by Marenco Swisshelicopter in 2011, the Kopter SH09 was rebranded in April 2021 as the AW09 to reflect its addition to the Leonardo Helicopters’ product line. Leonardo completed its $185 million acquisition of Switzerland-based Kopter Group in April 2020. The rebranding aligns with the manufacturer’s strategy of naming its models with the number nine.

Powered by a single Honeywell HTS900 turboshaft engine and fitted with a Garmin G3000H avionics suite, the AW09 has been developed to carry up to eight passengers in a cabin similar in size to that found on light twin-engine helicopters. A competitor with the Airbus Helicopters’ H125 and Bell Model 407, the AW09 has landed customers in the aerial tourism and emergency medical services markets. Entry into service is planned in 2022. 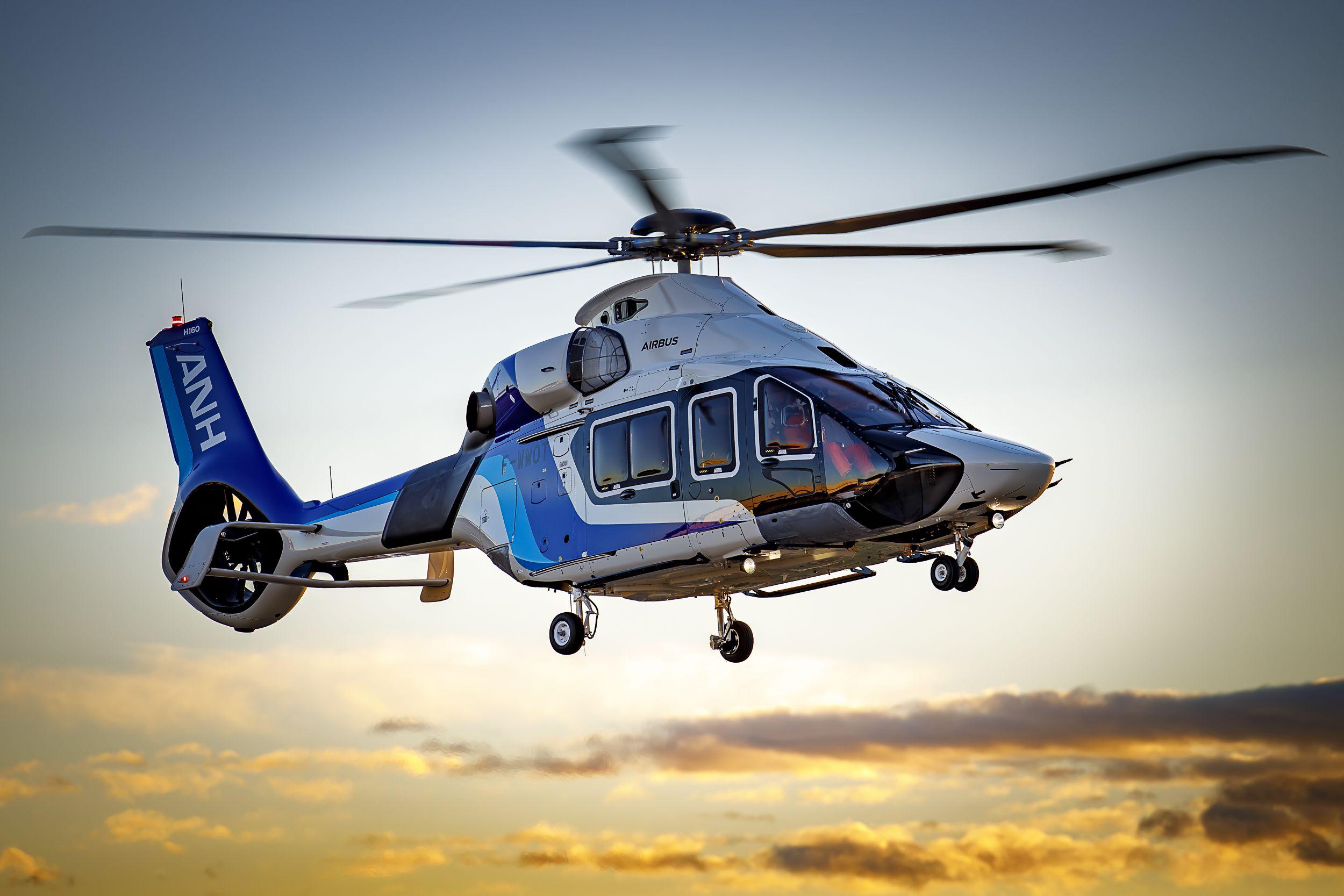 As Airbus Helicopters’ newest product, the H160 twin-engine medium helicopter was designed in part to meet French government needs for a new military platform to service the country’s three armed forces, but also as a competitor to Leonardo’s AW139, Sikorsky’s S-76, and Bell’s Model 412. 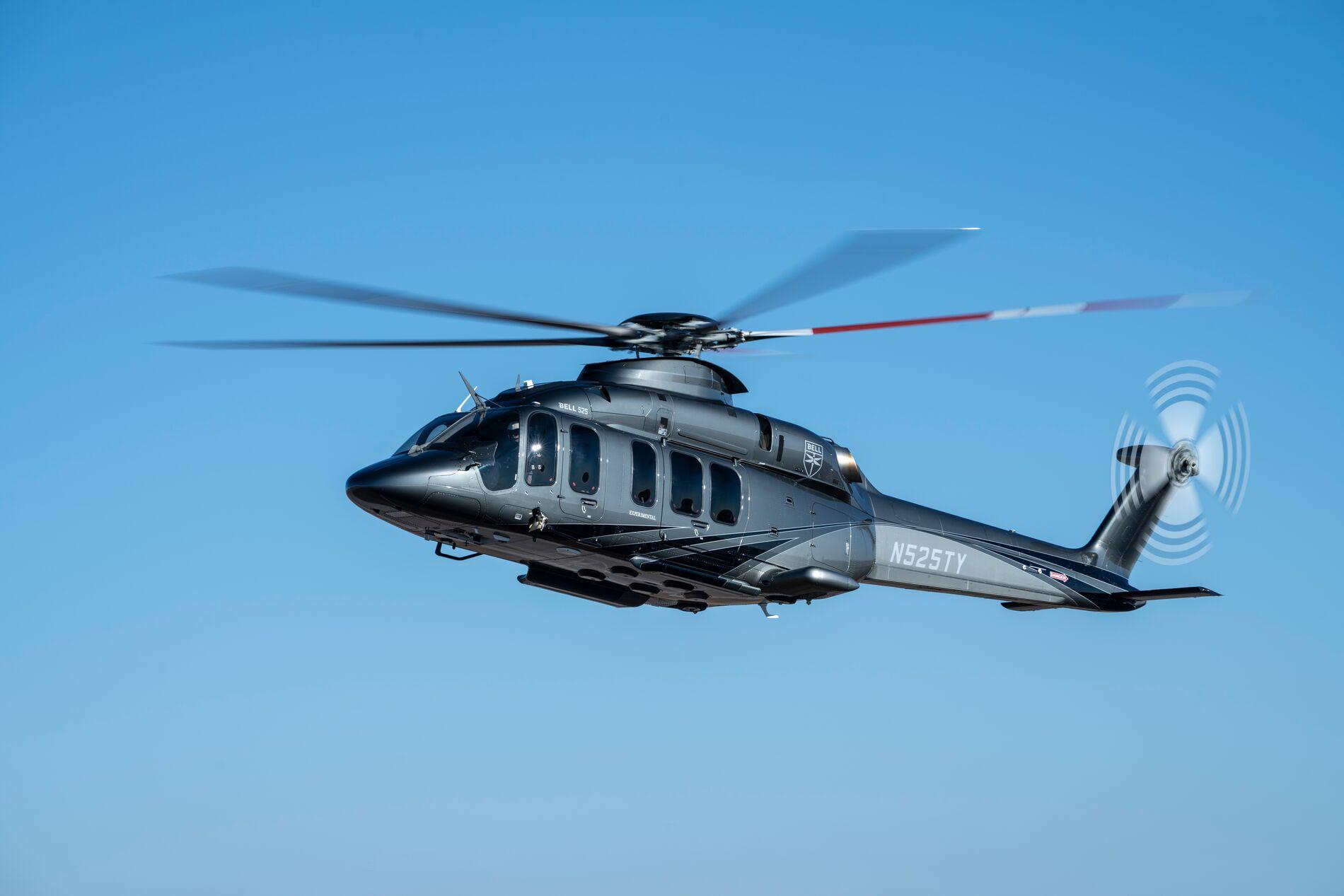 Bell Textron hopes to start delivering its largest commercial helicopter yet—the 9.3 metric ton Model 525—by 2022, after a protracted development that included the fatal crash of a prototype on July 6, 2016 in Texas.

The Bell 525 is powered by two GE CT7-2F1 engines and comes with a Garmin G5000H avionics suite featuring a touchscreen interface. It can seat two flight crew and 16 passengers.

The fly-by-wire helicopter is targeted at the offshore transportation, search and rescue and VIP markets, competing with types such as the Sikorsky S-92 and Airbus Super Puma as well as super-medium models such as Leonardo’s AW189 and the Airbus H175. The first customer 525 will be configured for oil and gas operations, Bell has said. 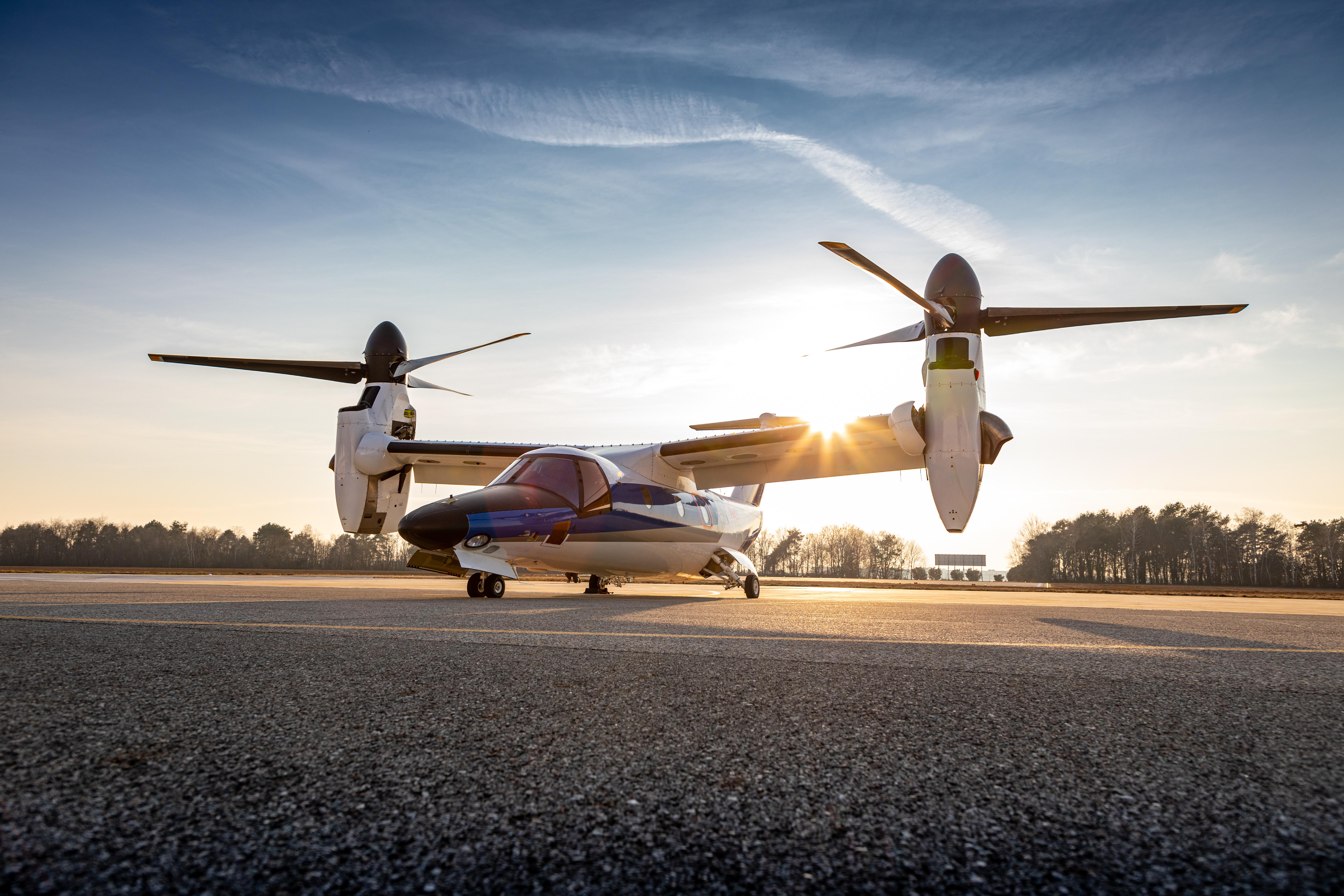 In development since the mid-1990s, the AW609 civil tiltrotor is poised to finally enter service. Manufacturer Leonardo Helicopters, which took control of the program in 2011, appears determined to bring the AW609 to market in 2022; in April, the manufacturer officially opened a new helicopter training academy at its Philadelphia campus that hosts an AW609 full-flight simulator developed with CAE.

Leonardo and Era Group—now part of Bristow Group—in 2018 announced an agreement for delivery of two AW609s in nine-passenger utility configuration for Era’s U.S. operations. At the time, Leonardo said that operators worldwide had indicated a need for 50 tiltrotors. 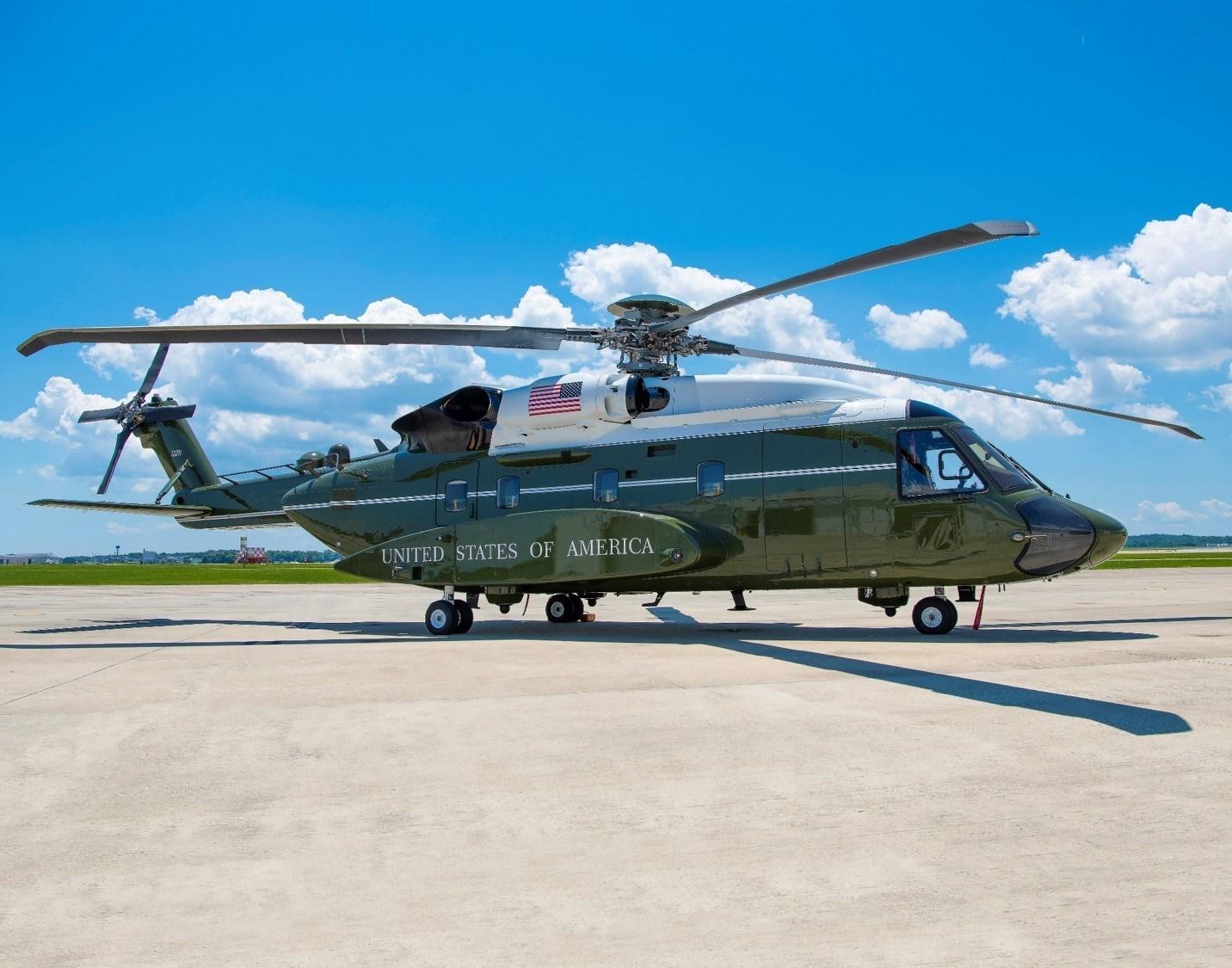 In February 2021, the U.S. Navy awarded Sikorsky a contract for a final lot of five VH-92A Presidential Helicopters, an aircraft based on the civil-certified S-92 heavy helicopter, modified for U.S. government requirements. With the latest award, Sikorsky is under contract to supply 23 VH-92As to the Marine Corps, with deliveries starting in 2022.

Sikorsky’s roadmap for the civil S-92 calls for an S-92A+ upgrade to the existing fleet and the development of a new version, the S-92B. Available in 2023, the S-92A+ will introduce a new main gearbox with an enhanced run-dry capability and a gross weight increase to 27,700 lb. The S-92B, scheduled for service entry in 2025, will come with 20% larger cabin windows and a new side entry door.

GE’s CT7-8A6 turboshaft engine, capable of producing more power in higher altitudes and hotter temperatures, will be available as an option for both the S-92A+ and S-92B. Fleet updates include the introduction of Matrix autonomous flight technology, such as Rig Approach 2.0, according to the manufacturer. 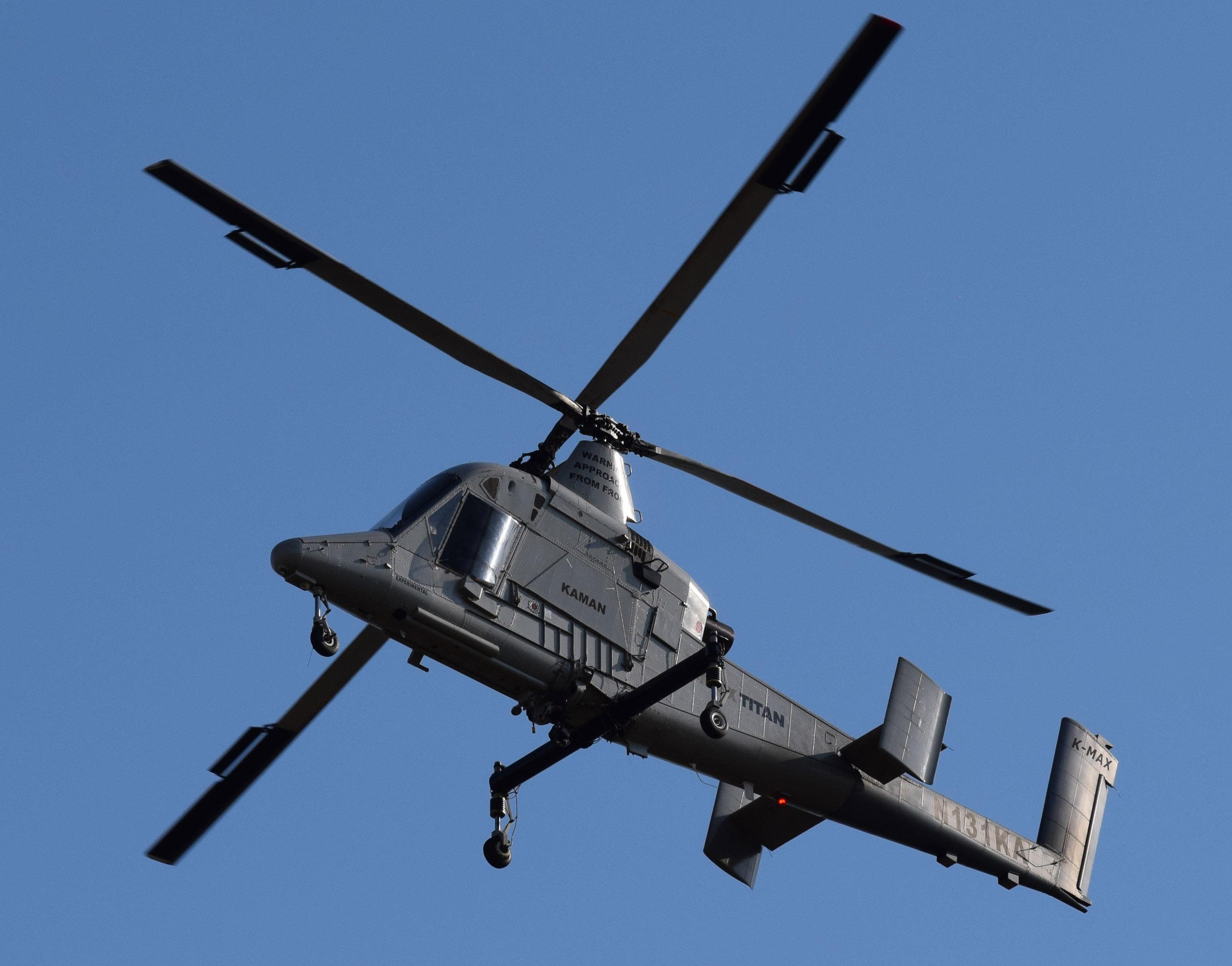 In April 2021, Kaman Aerospace announced the first flight of the K-Max Titan, an unmanned version of its signature K-Max intermeshing-rotor utility helicopter. Kaman is developing the Titan for commercial missions such as firefighting, “for which optionally piloted capability could be valuable.” Developed with Lockheed Martin, the unmanned capability will be available as an upgrade to existing helicopters or for new-production aircraft.

Concurrent with commercial development of the Titan, Kaman said it is working with the U.S. Marine Corps through a government-funded contract to upgrade the autonomous capabilities of the service’s two K-Max helicopters. Plans called for flight-testing to begin in May. The Marine Corps deployed the K-Max to Afghanistan for cargo resupply missions from 2011-14.

The K-Max is capable of lifting external loads of 6,000 lb. Kaman has delivered 15 new-production aircraft since restarting the K-Max production line in 2017. 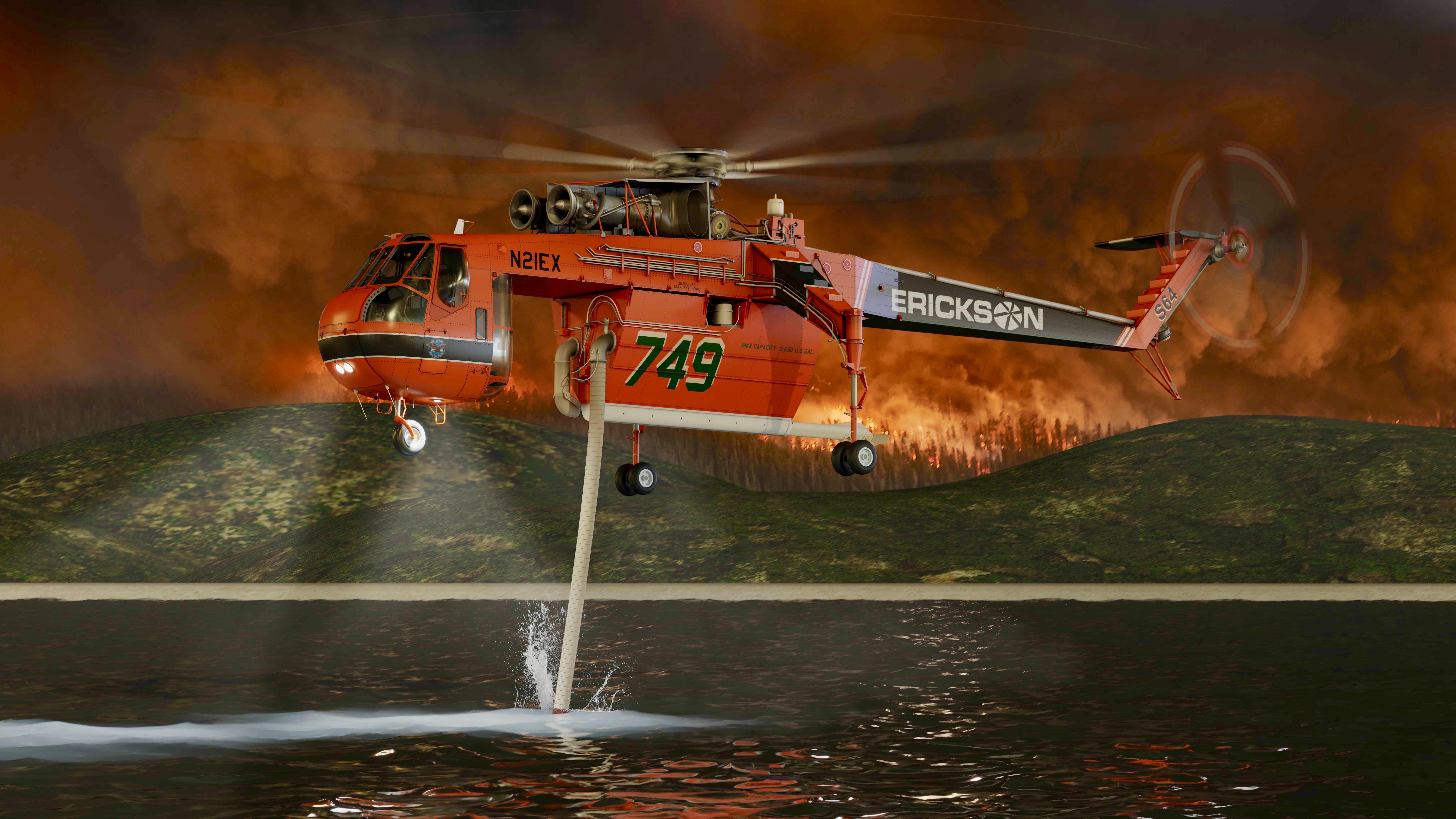 Erickson and Sikorsky signed an agreement in January 2020 to develop a “pilot optional” version of the S-64 Air Crane, integrating Sikorsky’s Matrix autonomous flight technology, for nighttime firefighting operations. Erickson acquired the type certificate and manufacturing rights to the S-64, formerly the Sikorsky Skycrane, in the early 1990s.

Erickson is adapting the demonstrator S-64, but its plans to fly the aircraft in 2021 were held back by the COVID-19 pandemic, delaying demonstration flights into 2022. The company hopes the Matrix technology becomes part of a new version of the Air Crane, with new engines and main rotors, that would be available in 2024.

Manufacturers of traditional helicopters plan to introduce several new models or upgrades to existing aircraft in the coming years. Some of the new or upgraded civil helicopters nearing entry into service are summarized.