Based in Washington, DC, Bill covers business aviation and air traffic management for Aviation Week. A former daily newspaper reporter, he has covered the commercial, business and military aviation segments as well as unmanned aircraft systems. Prior to joining Aviation Week in November 2017, he worked for Aviation International News and Avionics and Rotor & Wing magazines.

Bill is the recipient of the National Business Aviation Association’s 2017 Gold Wing Award for his reporting on drones, and in 1997 received the British Royal Aeronautical Society Aerospace Journalist of the Year award in the business aviation category. He is the author of the book, “Enter the Drones, The FAA and UAVs in America,” published in 2016. 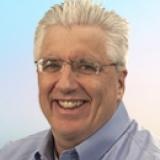