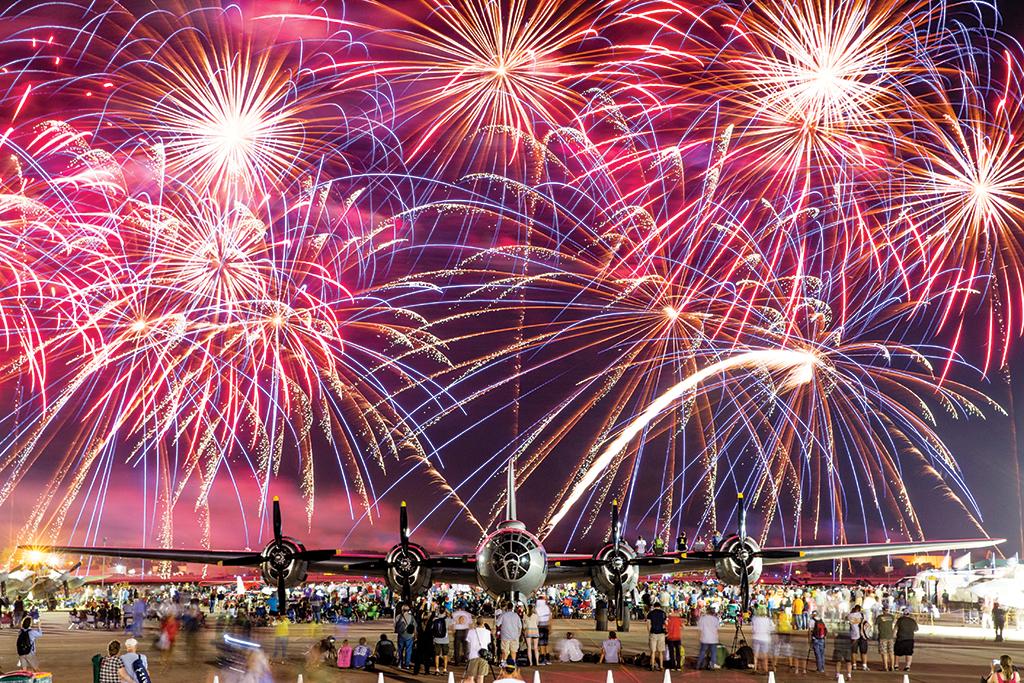 FIFI is the center of attention on Boeing Plaza during Saturday night’s fireworks at EAA AirVenture 2015 in Oshkosh, Wisconsin. 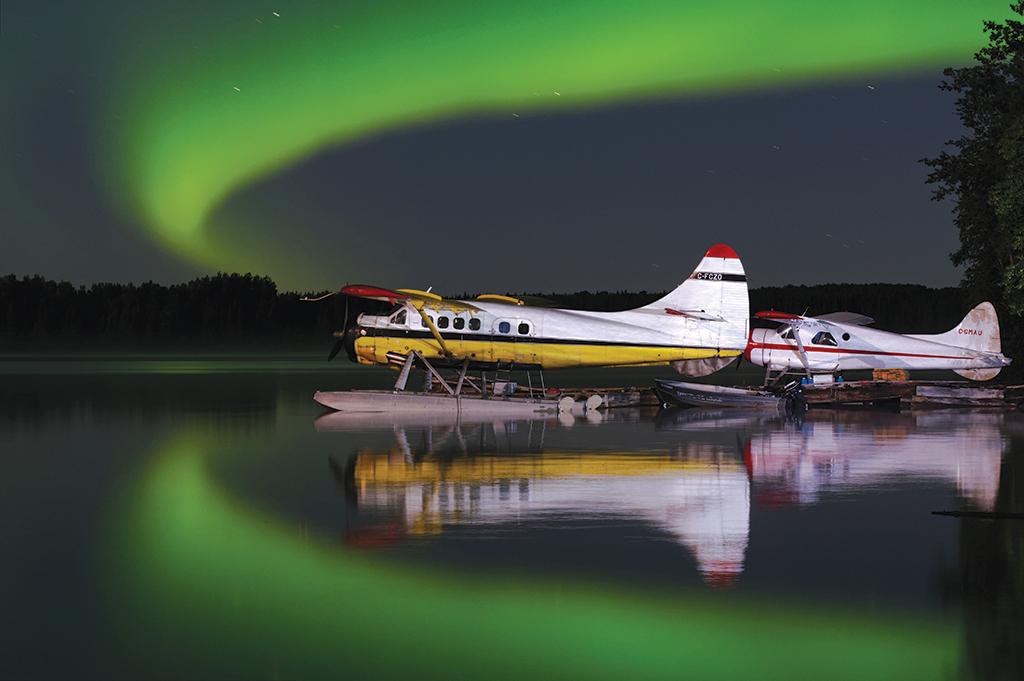 The entire Osnaburgh Airways fleet was pictured under a beautiful arch of the aurora borealis at the carrier’s base at Pickle Lake in northwest Ontario. 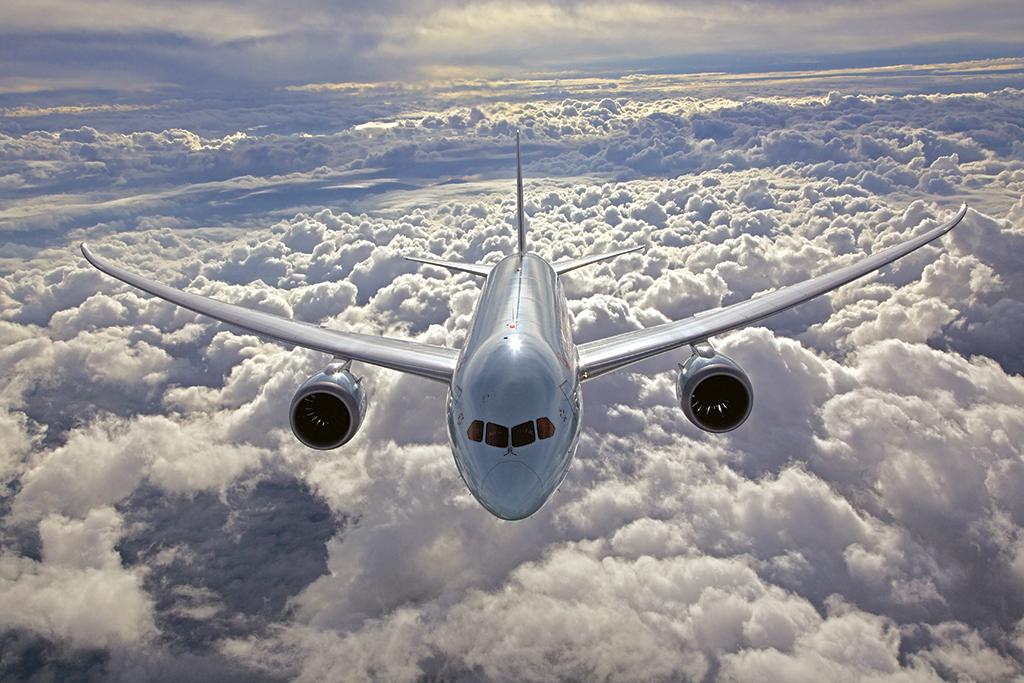 This air-to-air photo of an Air Canada Boeing 787-8 shows the upward flex of the composite wing. 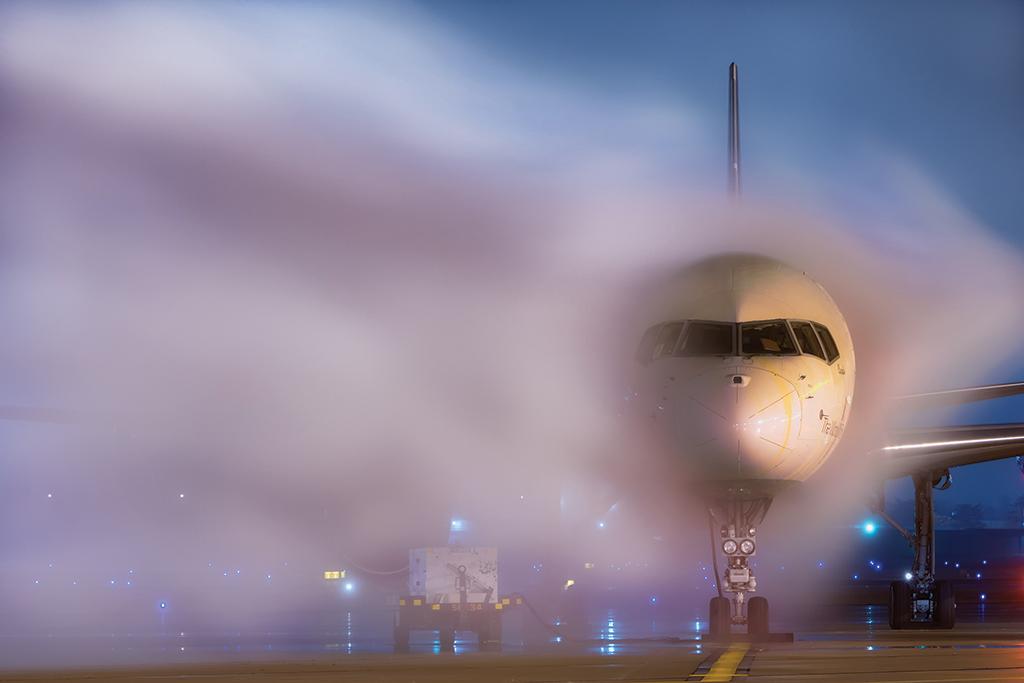 A 30-sec. exposure of the deicing process was taken in the early morning hours on the ramp at Springfield Branson Airport, Springfield, Missouri. 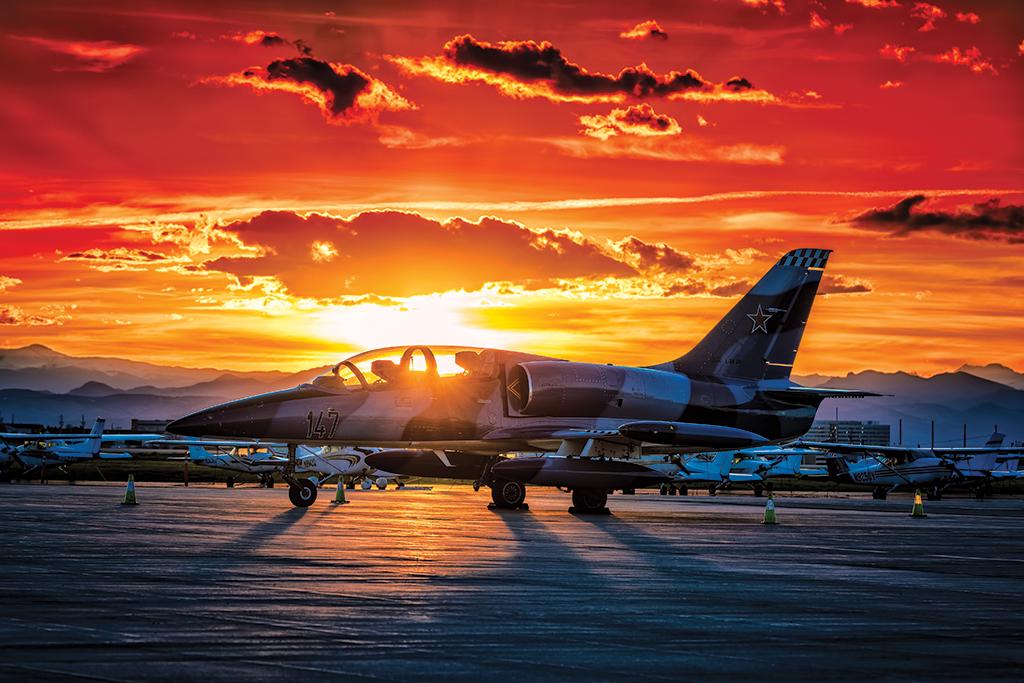 This L39 aggressor aircraft had just landed after flying sorties with the military earlier in the day. 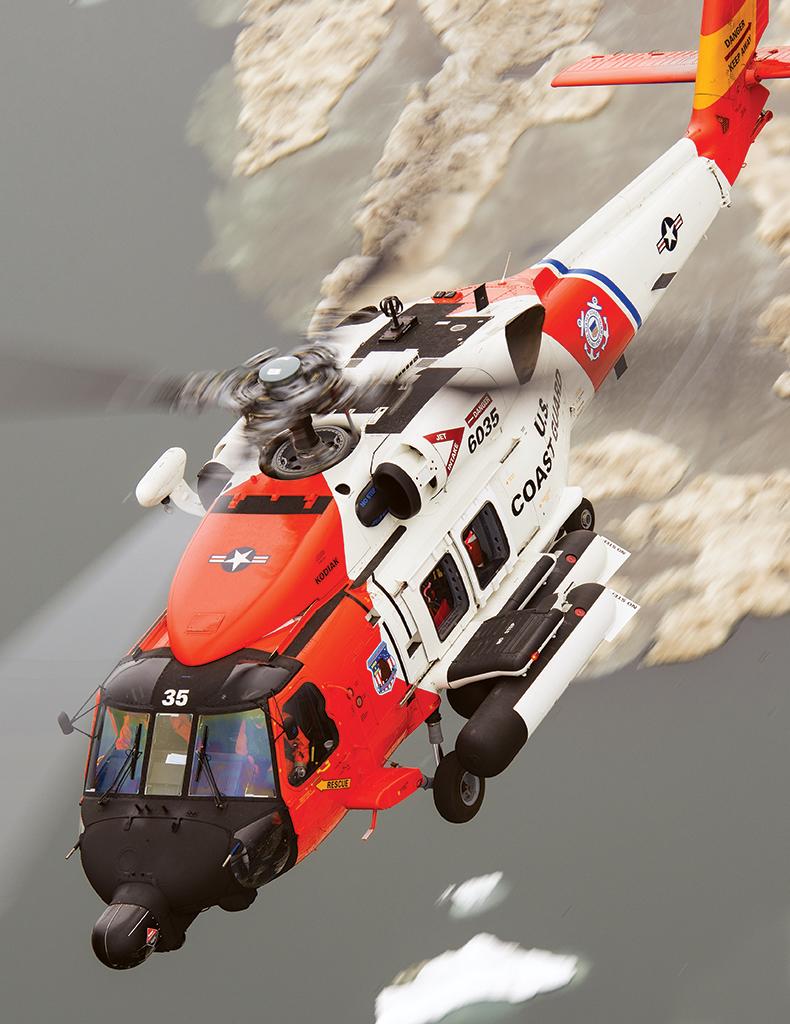 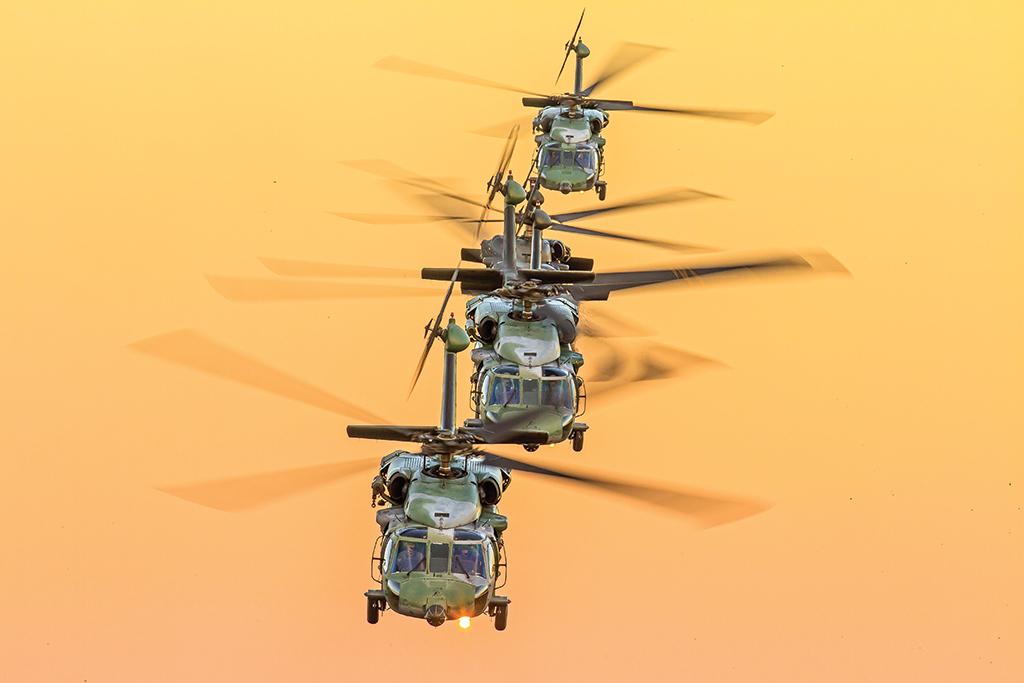 H-60L Black Hawk helicopters from the 7th and 8th Aviation Group of Brazil’s air force fly in formation over the Amazon jungle during a late afternoon training exercise. 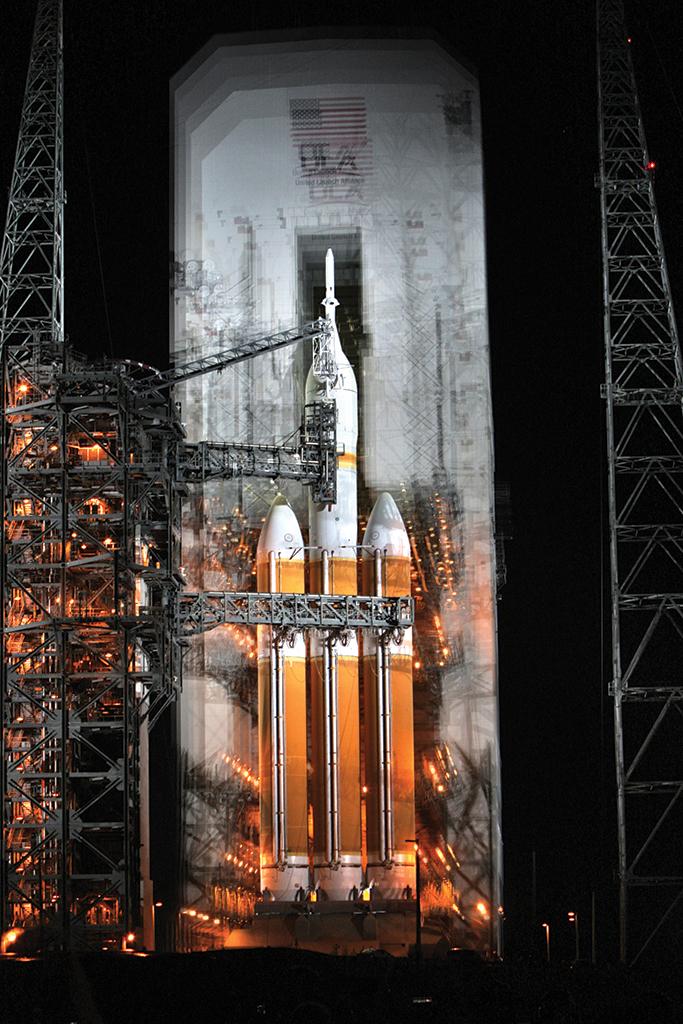 The protective service tower is pulled back from the Delta IV heavy/Orion launch vehicle the night before its maiden launch on Pad 37B at Cape Canaveral. 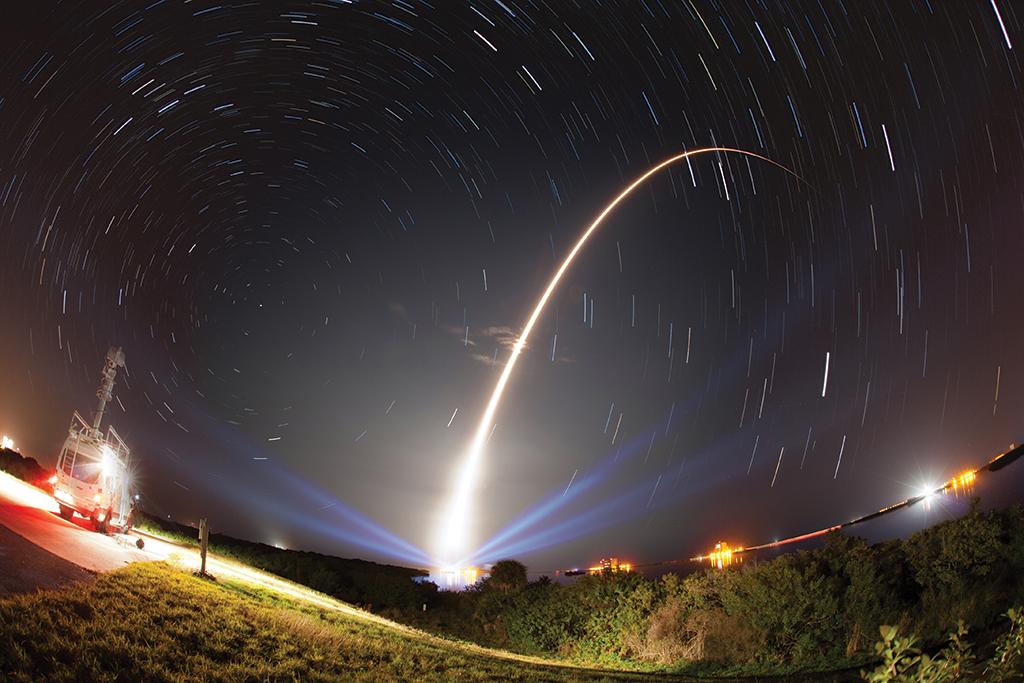 The MUOS 3 spacecraft carried by an Atlas V rocket was the 200th Atlas-Centaur launch. Aloft, it lit up the night sky at Cape Canaveral on Jan. 20. 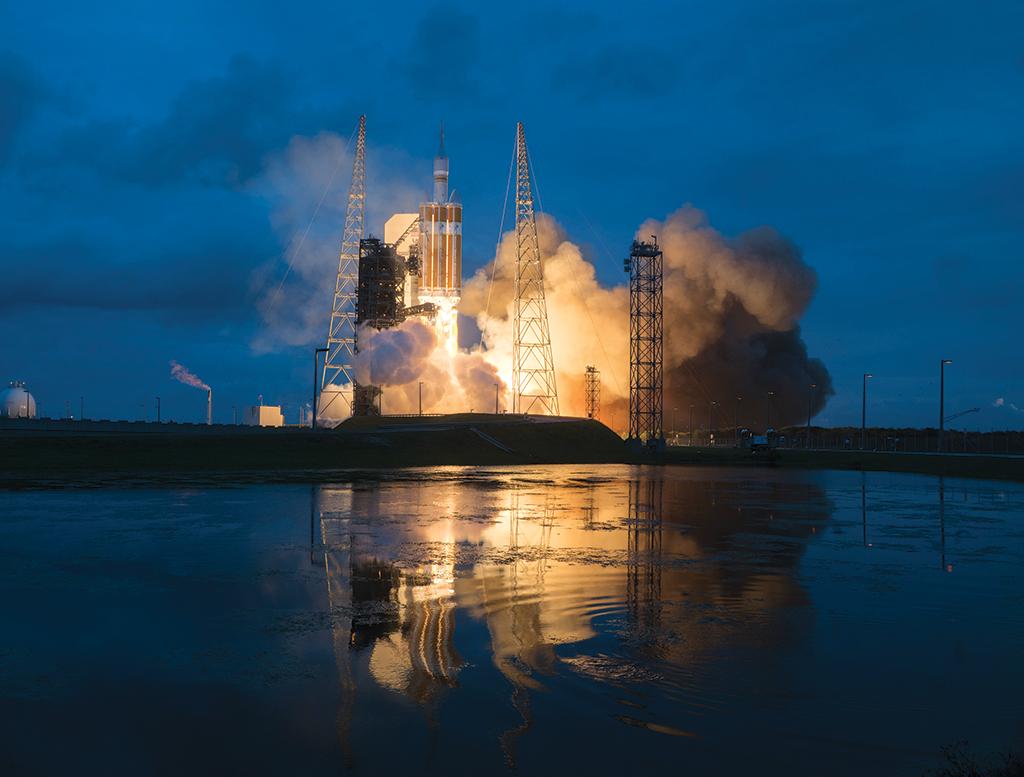 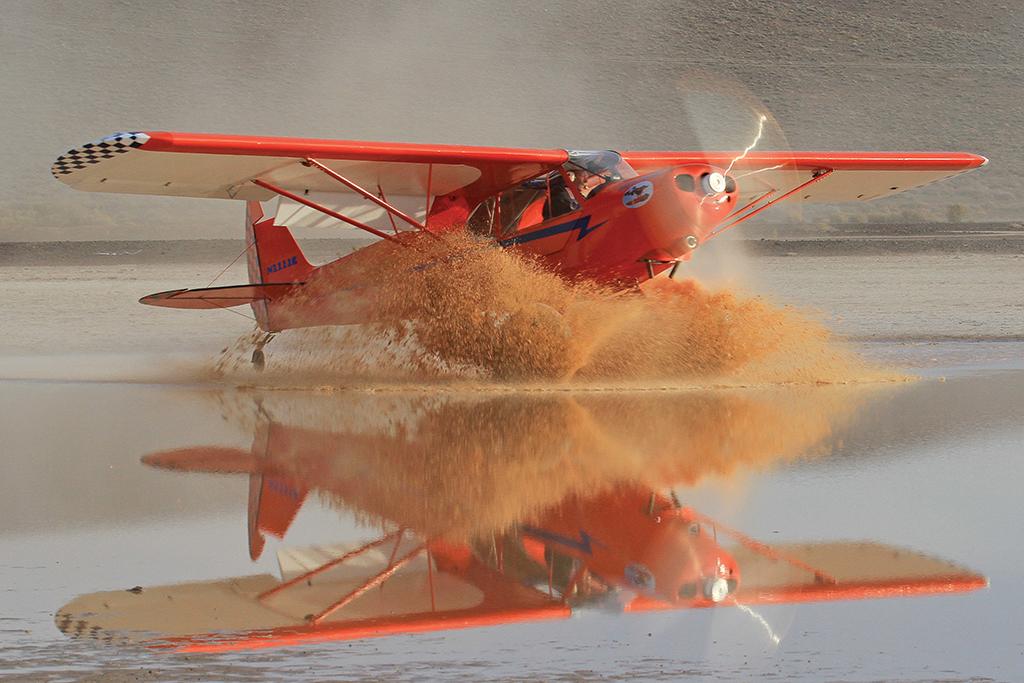 Kids love to jump in puddles and make a mess. Apparently adults do, too. This photo was taken at Three Shotgun Shells dry lakebed near Yerington, Nevada. 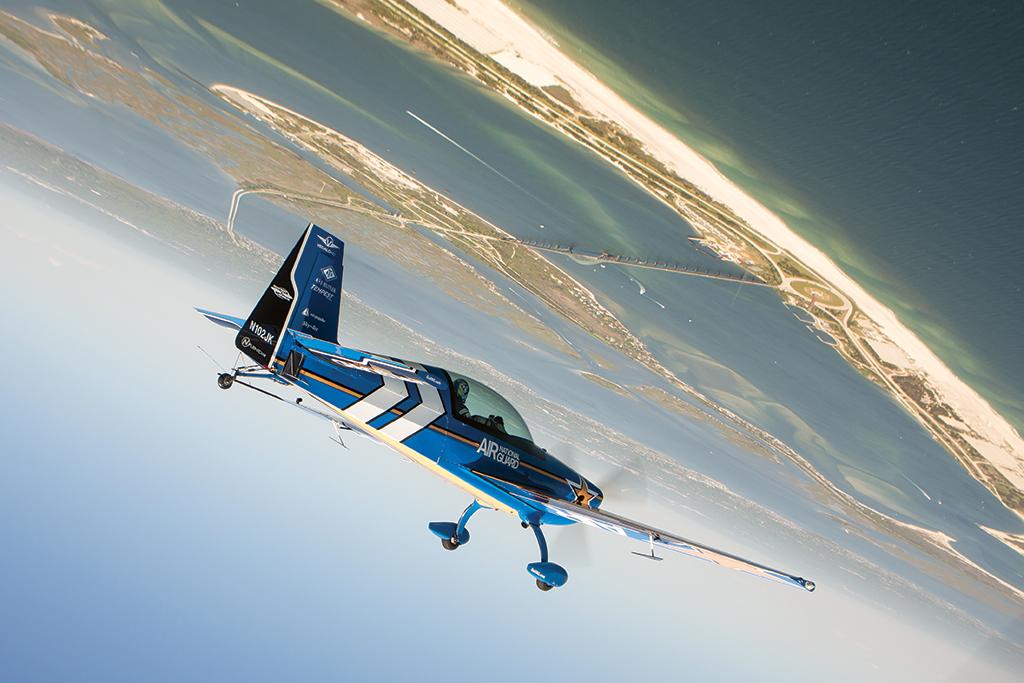 Memorial Day Weekend, looping with the MX-S over the Captree Bridge on Long Island, New York. 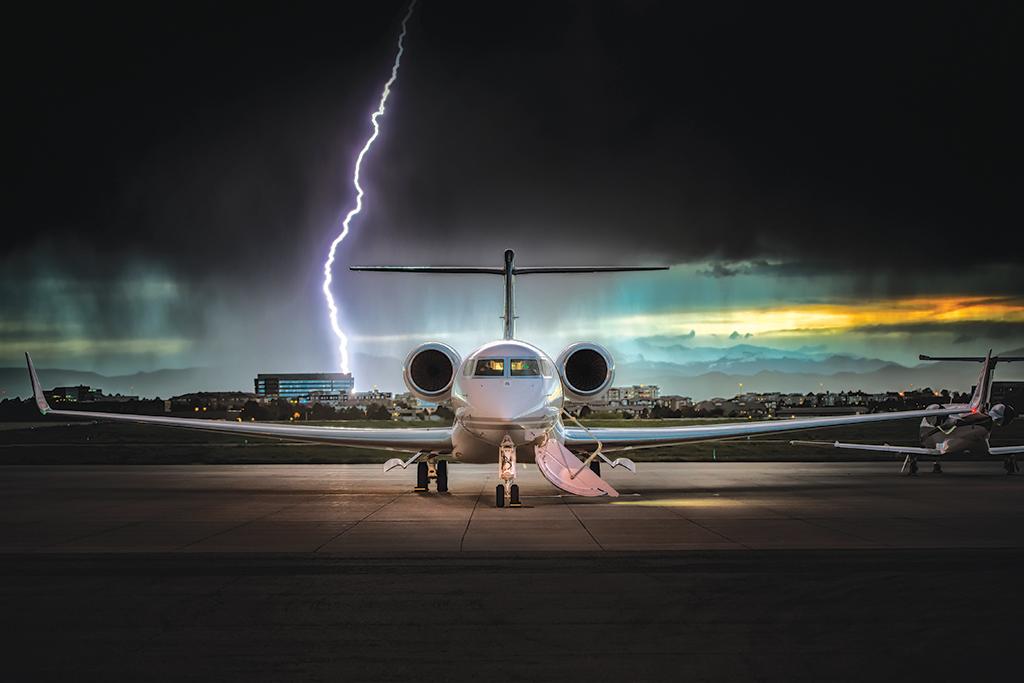 I noticed this gorgeous Gulfstream G650 on the ramp at Centennial Airport, Colorado, and waited for the right moment. An active storm gave me the lighting I was looking for. Worth the wait!

In addition to their clear photographic skills, this year's Photo Contest winners have impeccable aviation and aerospace credentials. Read their bios. And see the 2015 Photo Contest finalist photos.