When Boeing happily announced a seemingly big new widebody order at the recent Dubai Airshow, it was well worth looking at the small print—because it was neither big nor new.

Boeing simply converted part of an earlier commitment for 150 777Xs to include a number of much smaller 787-9s. And when Airbus announced a United Airlines deal for 50 A321XLRs that shocked its competitor earlier this month, the European manufacturer also had to make major, painful concessions: It allowed United to defer an order for 45 A350s by five years.

The two arrangements, future iterations of which could well turn out even worse for the manufacturers, are symptoms of the same disease: Widebody demand in general is weak. The weakness affects the industry’s most modern products, including the A350, the Boeing 787 and the 777X. And while both OEMs have for some time taken comfort in the perceived security of this being a temporary slowdown, there are now very serious indications they must instead deal with a structural shift that leaves them massively exposed, with programs yet to be amortized over long periods and based on calculations that may need adjusting.

Several things are happening simultaneously. Airlines are discovering they can soon operate narrowbodies, namely the A321XLR, on a substantial part of their long-haul networks at much lower capital expenditure and economic risk. Airbus says it has orders and commitments for more than 400 of the aircraft since the launch at the 2019 Paris Air Show. The combined net order intake for Airbus and Boeing widebody models for the past two years stands at 407 aircraft—122 at Airbus and 285 for Boeing. Net orders are the number of new orders minus cancellations in a given time period.

Second, the big three Gulf carriers are no longer providing the kind of shelter from market weakness elsewhere: Boeing recorded 277 firm gross orders for the 777X in 2014, its last big-selling year for the aircraft. The number would have been only 127 without the Emirates commitment, and only 42 without somewhat smaller deals with Qatar Airways and Etihad Airways.

While air transport has continued to grow impressively over the past five years, only now slowing its rate of expansion, much of the growth has been driven by short-haul and low-cost carriers. Trade tensions and disputes have dampened international business travel. The only certainty of the short-to-medium-term outlook is its uncertainty. To add to the troubles, the transition process from the A330 to the A330neo and from the 777 to the 777X has been much slower than Airbus and Boeing had hoped.

Airbus has received 157 net orders for the A350-900 in five years, supposedly its highest-volume widebody program. The larger -1000 recorded just 18 net orders over the same period. Surprisingly, the A330neo program has been by far the best-selling Airbus widebody in the past five years, when cancellations are taken into account. Its net orders stand at 299 from January 2014 to November 2019. The first-generation A330 came second at 178 net orders. All the outstanding A380 orders have been canceled as a result of the termination of the program in 2021.

The Boeing side is not much different. The company has seen a drizzle of orders for the 747-8F, with a large UPS order extending the life of the program by some years. However, it appears unlikely that more commitments will come through in time for Boeing to be able to sustain production. Nevertheless, the venerable 767 has received a decent number of orders that sustains production, and Boeing has launched a study into the possibility of reengining the aircraft.

Both the 777 and 787 are victims of changes in strategy by some of their biggest customers, mainly the Gulf carriers. Etihad has effectively canceled most commitments placed at the 2013 Dubai Airshow and is placing brand-new A350-1000s that it could not cancel into long-term storage. Emirates finally confirmed its 787 order, but at the expense of parts of the 2013 777X order. The carrier is expected to take about 20% fewer aircraft, and Etihad is seeking ways to cancel its commitment for 25 aircraft entirely. The airline had already cut 20 787s from its backlog of 51, much like it had reduced its A350 order from 62 to just 20 aircraft earlier this year. 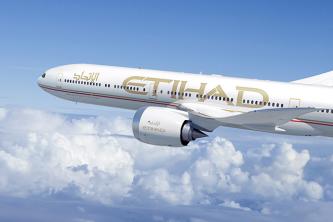 The uncertainty factor is also growing. Agency Partners estimates that about one-third of the A350 backlog is looking shaky, as it includes carriers such as Iran Air and Libyan Airlines that may never take the aircraft. The analysts also believe “it is increasingly likely that United will eventually cancel its A350 order.” The commitment, placed nine years ago, has been changed multiple times in terms of numbers, types and timing. Now United is one of the airlines sending clear messages to the market that it sees a major opportunity in long-haul narrowbody operations, given that it has identified the A321XLR as a suitable replacement for its aging 757-200 fleet.

The consequences for the manufacturers are severe. Boeing is already reducing 787 output to 12 aircraft per month from 14. The transition from the 777 to the 777X now looks like a much more lengthy process because of engine and other development issues, with first deliveries to Lufthansa and Emirates pushed into 2021. That only nine customers have bought the 777X and no lessors have come forward could indicate airlines’ angst about operating large aircraft such as the 747-8 and the A380 is also affecting the large twins.

Over the summer, Boeing began warning suppliers, investors and everyone else that escalating trade tensions between the U.S. and China—its largest single market—would threaten prospective aircraft sales, particularly those of the company’s lucrative twinjet 777 and 787 families (AW&ST Sept. 30-Oct. 13, pg. 39).

According to a December report from Jefferies, widebodies have a 29% share of the domestic Chinese market, representative of long-distance flights within its borders. Indeed, across Asia it is common for short-haul routes to operate both narrowbodies and widebodies, such as the Sapporo-Tokyo and Fukuoka-Tokyo routes in Japan, where both the Boeing 777 and 737 NGs are operated. On a flight basis, the top 25 routes for widebodies have an average distance of 917 nm, Jefferies says.

But as the world’s No. 1 and No. 2 economies struggle to reach just a “Phase 1” trade truce, relief in the form of resumed Chinese orders appears far away. When Boeing in October announced its 787 rate cut to 12 a month will start in “late 2020,” the move was surprising only in that it beat many analysts’ prediction that a reduction was due by 2021 at least.

Airbus has just completed its initial production ramp-up of the A350 to 10 aircraft per month and has decided not to go higher, given market uncertainties. “The emerging gap in the A350 skyline worryingly mirrors that for the Boeing 787 and suggests that pricing for new orders could deteriorate significantly and hence depress A350 profitability,” Agency Partners analyst Sash Tusa writes. He believes Airbus will be forced to cut A350 production in late 2022 and go to below seven aircraft per month from 2024 if nothing material changes.

The success of the A321XLR has had a dampening effect not only on current widebodies but also on Boeing’s proposed new midmarket airplane (NMA), which is conceived as the new smallest widebody. “Airbus sales of the A321XLR seem to doom [the NMA],” Bloomberg Intelligence says in a December report. “The smaller size of narrowbodies allows service between smaller cities, which might make larger aircraft dilutive to fares and profits,” Bloomberg’s George Ferguson and Francois Duflot write. “They also provide the flexibility to switch to many different city pairs, improving airline agility.”

Any new Boeing narrowbody likely would be designed around a higher passenger capacity, roughly 200 seats, and probably include a variant that could go beyond the range of the A321XLR. Ferguson and Duflot say the soonest a replacement could be ready is likely the latter 2020s, with development approaching $10 billion. “We believed all along that any NMA would be wrapped up in a redesigned narrowbody, so the MAX grounding may have only pushed back the timing,” they say.

Jefferies analysts Sheila Kahyaoglu and Greg Konrad concur. “Boeing has yet to decide on a potential NMA, but the grounding of the 737 MAX could potentially shelve any decision as well as the difficulty of creating the economics that aircraft want at the target price,” they note in a December report.