Based in Washington, Michael Bruno is Aviation Week Network’s Senior Business Editor and Community and Conference Content Manager. He covers aviation, aerospace and defense businesses, their supply chains and related issues. Since joining Aviation Week in 2005, Bruno also has covered U.S. federal budgets, regulatory issues and congressional affairs. Beyond reporting, he regularly hosts and helps organize Aviation Week’s conferences and events, or speaks at outside events.

For six years through 2012, Bruno was managing editor of a multi-publication team of defense and space reporters and freelancers that garnered three Jesse H. Neal business journalism awards, called "the Pulitzer Prize of business media." He has received two Neals himself, and has been a finalist for other awards including the annual media awards at the Paris and Farnborough airshows. Bruno started Aviation Week & Space Technology’s Going Concerns business column in 2015.

Before Aviation Week, Michael was a staff writer for the Washington Post and Bloomberg BNA. He has a master's in print journalism from Syracuse University and a bachelor's from Vanderbilt University.

By Michael Bruno May 19, 2022
Commercial flights are targeted to begin in late 2024, according to the company.
Commercial Space 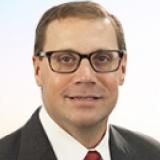