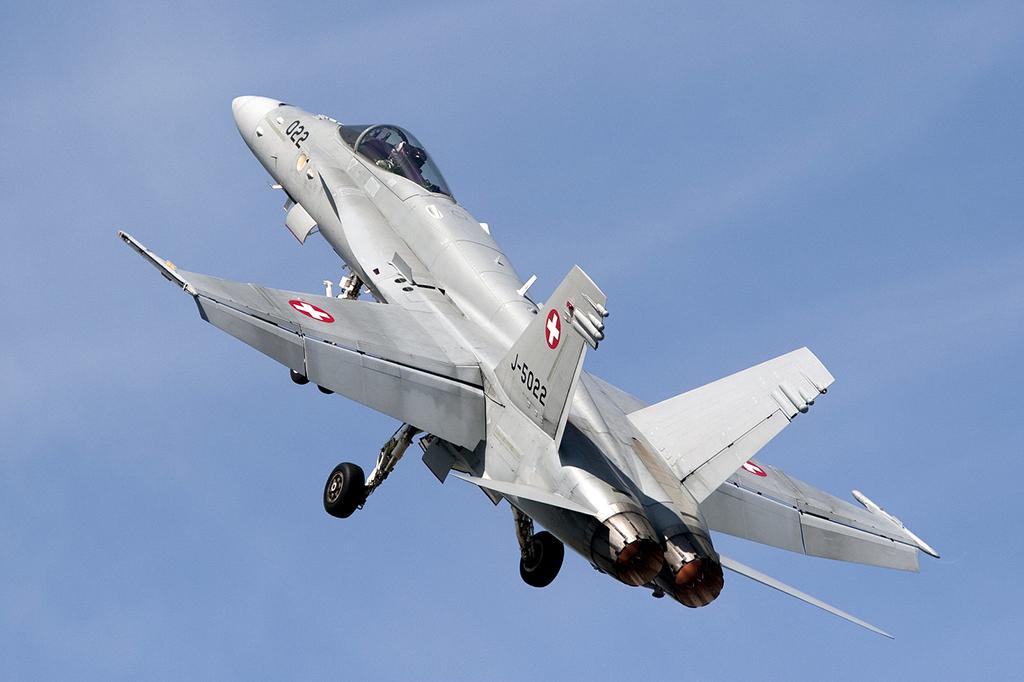 Switzerland currently flies a fleet of 30 McDonnell Douglas F/A-18 C/D model Hornets from 34 delivered during the mid-1990s following the 1988 Neue Jagdflugzeug competition. The Hornets, which are primarily used for air defense but also regularly deploy around Europe on training exercises, are beginning to run out of airframe life, prompting the need for replacement by 2030. Work is underway to extend the life of the Hornets to 6,000 hr. to ensure they can reach the 2030 retirement date. Credit: Tony Osborne/AW&ST 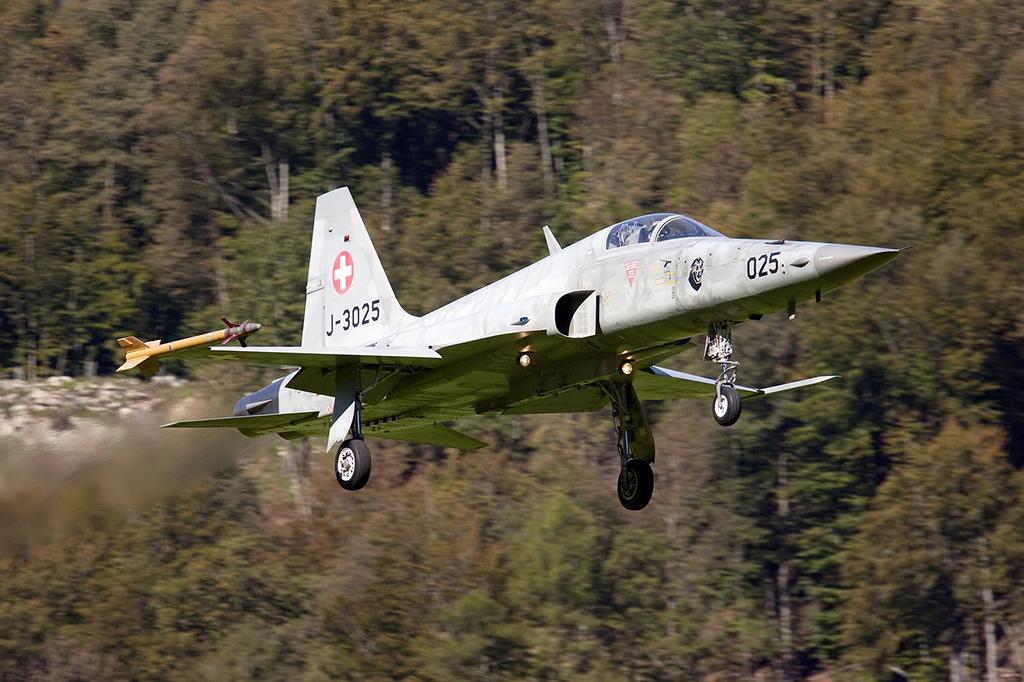 Switzerland has traditionally operated at least two, sometimes three, fighter types for the defense of the Alpine nation. The F-5 Tiger has been defending Swiss skies since the late 1970s, long before the Hornet came on the scene. A fleet that once numbered around 110 has dwindled as aircraft were retired due to airframe issues or sold to the U.S. to support the red-air aggressor mission. Today, 26 remain in operation, according to the Aviation Week Intelligence Network’s Military Fleet Discovery database, with several assigned to the Patrouille Suisse aerobatic display team. Credit: Tony Osborne/AW&ST 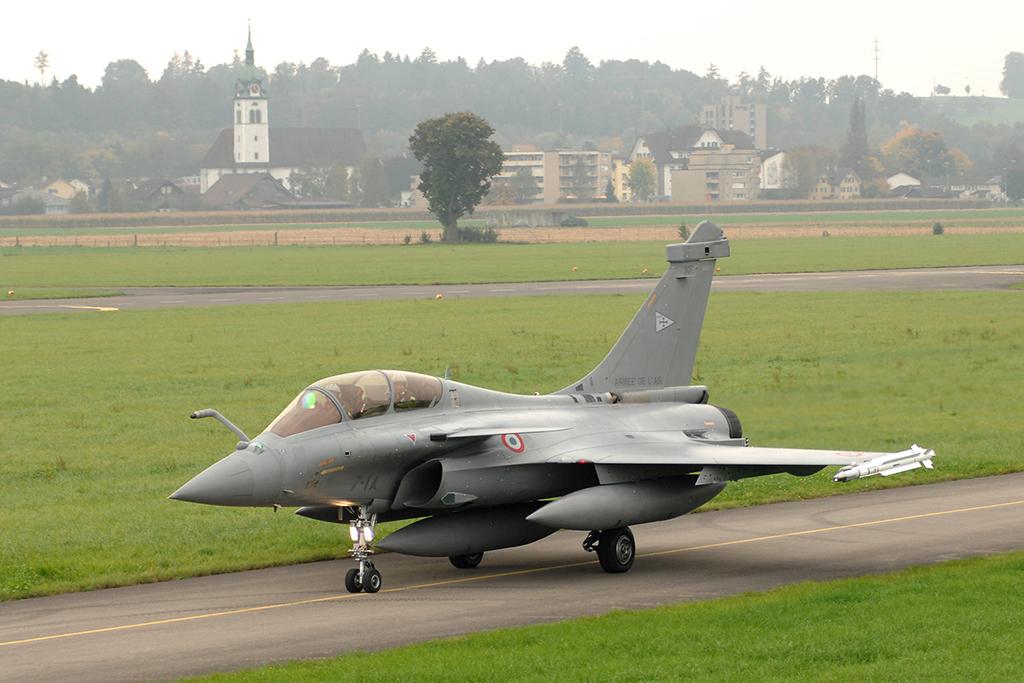 Four Western combat aircraft are in contention for the Swiss requirement, two from Europe and two from the U.S. Saab’s JAS 39E/F Gripen was also proposed, but the Swiss kicked the aircraft out of the competition, claiming the aircraft could not carry out some of the evaluations expected of it. Given Switzerland’s previous experience operating French Mirages, the Dassault Rafale is said to be one of the favorites. France is offering the F4 version of the aircraft equipped with the MBDA Meteor beyond-visual-range air-to-air missile. Credit: Swiss Department of Defense, Civil Protection and Sport 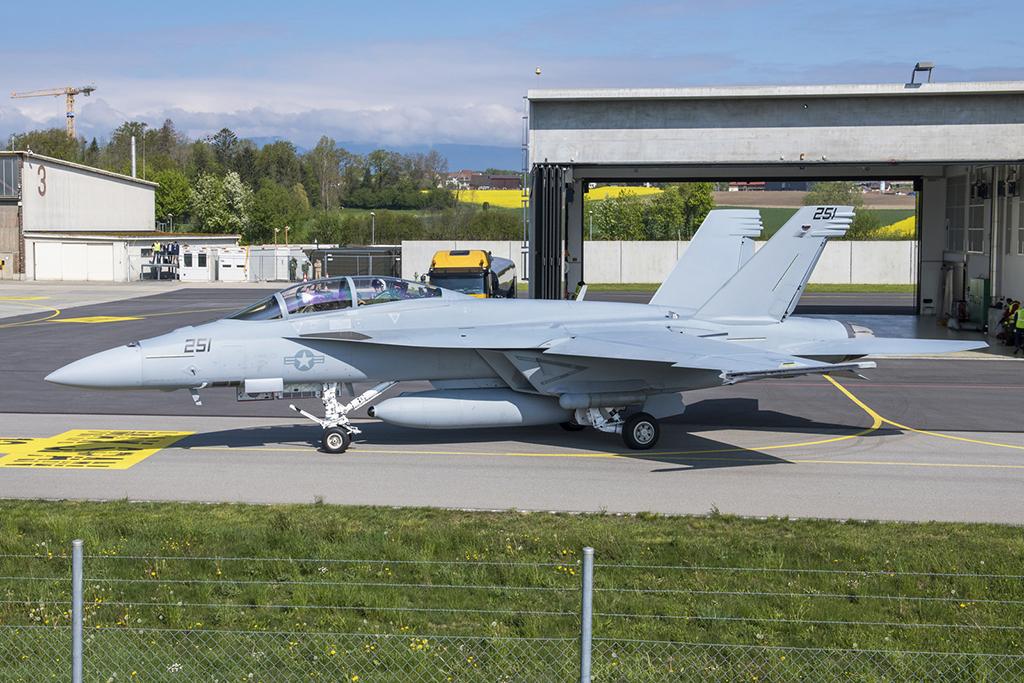 Boeing’s F/A-18 Super Hornet did not enter the last fighter competition held in Switzerland, which saw the Gripen ultimately selected but then lose in the referendum. As an upgrade of the platform already in service, the Super Hornet boasts something of a small advantage because transition training requirements are limited for current pilots and the same weaponry from the Legacy model can also be fitted to the newer aircraft. An additional bonus is that the type may also be used by neighboring Germany in the future so a Swiss fleet may not be orphaned in Europe. Credit: Swiss Department of Defense, Civil Protection and Sport 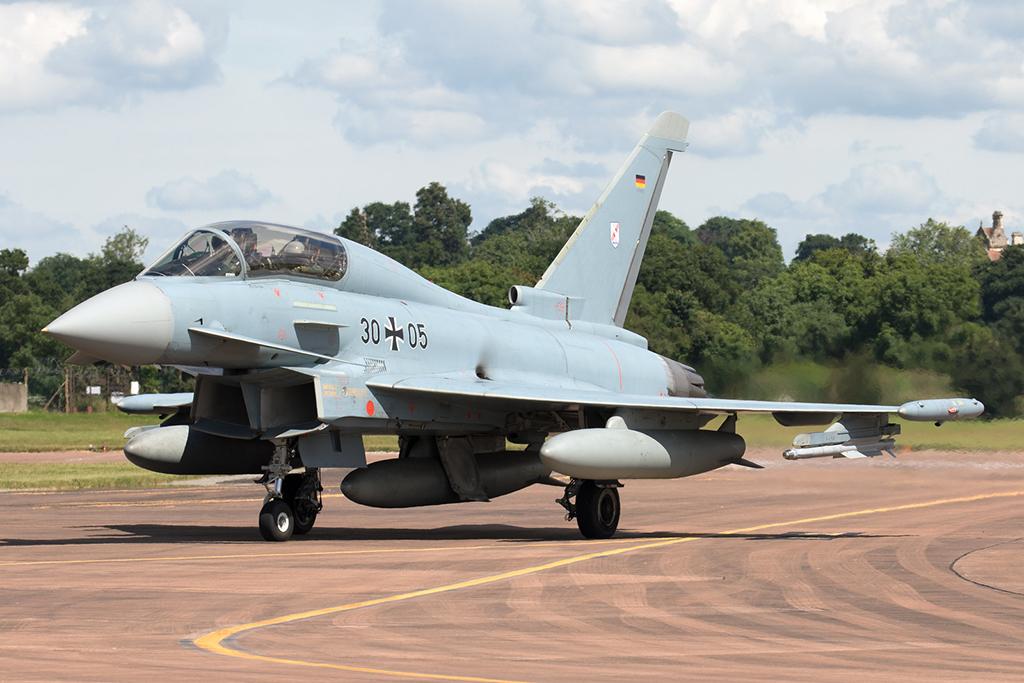 All four fighters have already endured an extensive evaluation of their capabilities in-country, proving that their sensors can work in the challenging Alpine environment. The Eurofighter was the first of the aircraft to be evaluated; Germany’s Airbus borrowed British Royal Air Force aircraft for the trials. If selected, Swiss Eurofighters would be in the same configuration as the Quadriga aircraft soon to be ordered by Germany as Tranche 1 replacements, fitted with the new active, electronically scanned array radar. Credit: Tony Osborne/AW&ST 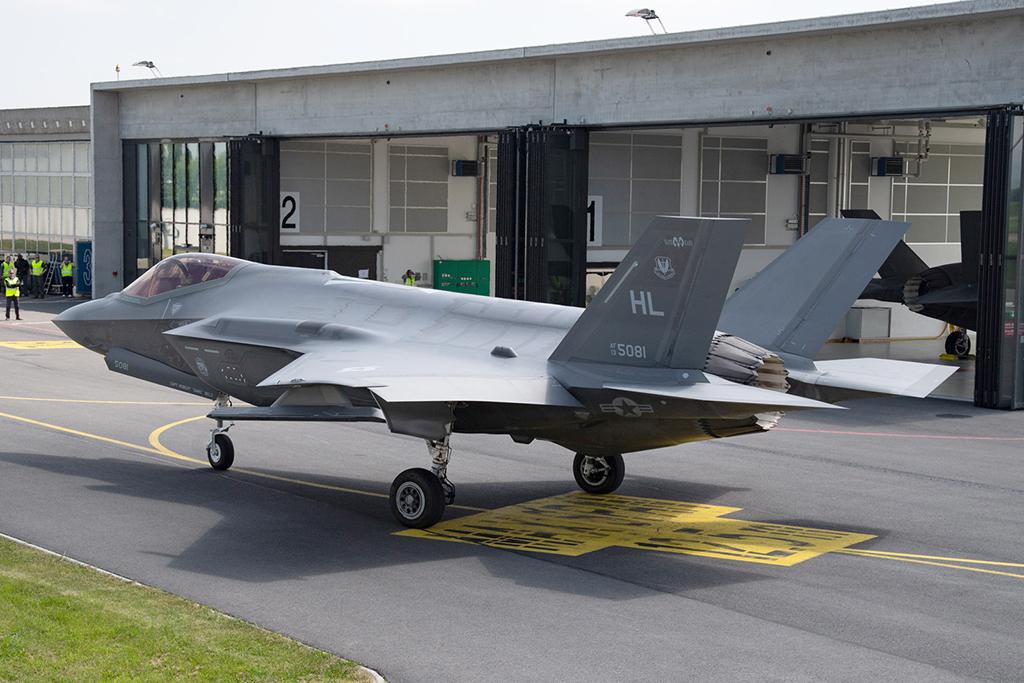 Stealth for the Alps?

Although Lockheed Martin’s F-35 has been selling well across Europe, it is unclear whether the fifth-generation platform is required for neutral Switzerland, given that the aircraft are used only for air-policing and air-defense duties. The campaign against the F-35 specifically uses the silhouette of the F-35 and has marked the aircraft out for criticism due to ongoing challenges associated with availability, security and cost of operation. Credit: Swiss Department of Defense, Civil Protection and Sport

On Sept. 27, Switzerland went to to the polls for the second time in six years in a referendum to decide the future of the country’s fighter fleet. In 2014, the Swiss populace voted down plans for Saab’s JAS 39 Gripen to replace the Northrop Grumman F-5 Tiger.

This time, the question was more binary, asking simply whether the country should procure new fighters—a single fleet that would replace both fleets of 30 C/D-model F/A-18 Hornets and 26 Northrop F-5 Tigers.

The government-backed “Security Yes” campaign won by the finest of margins, securing 50.1% of the vote. Their winning message said that voting against the proposals could leave the country’s airspace unprotected beginning in 2030, when both the Hornets and Tigers will reach the end of their useful lives.

The “No to New Fighter Jets” campaign did not rule out the need for an air defense capability but argued that a smaller and lighter aircraft would have achieved the desired capability at a lower cost and in a more environmentally and noise-friendly way.

There is now a CHF6 billion budget for a new fighter and a type selection is expected in 2021.

This gallery presents the fighters proposed for the Swiss requirement and the aircraft they will go on to replace.