WestJet is hoping to kickstart international travel and increase its operations based on two initiatives designed to return confidence to passengers.

The first is a new COVID-19 testing program at Calgary International Airport (YYC) that the airline, provincial and national government are rolling out. The 26-week pilot project enables passengers on non-stop flights into Calgary to take a COVID-19 test so they can reduce quarantines to 1-2 days instead of 14, as long as the test is negative.

WestJet’s traffic demand is down 75% compared to 2019, says Jeff Martin, the airline’s COO. He was expecting to end 2020 with demand down 69%, but with the COVID-19 testing and refund changes, he hopes the decline will be smaller.

Since the science-based testing program launched, WestJet has seen “bookings higher than cancellations,” says says airlines representative Lauren Stewart. “While bookings are looking encouraging, approximately double-digit percent increases, it is still early days and these remain difficult times as we are still at levels that see more than 135 of the 181 aircraft in our fleet parked,” WestJet is monitoring demand to ascertain how to manage its fleet of Q400s, Boeing 737s and 787s. “We’re hoping to get to 50% of the fleet [in service] in 2021,” says Martin. He expects the younger fleet to come back to maximize efficiencies. “That means we’ll have some fleet decisions to make for older aircraft next year,” he says.

WestJet hopes to bring back the 737 MAX by the end of this year or the first quarter of 2021, depending on when regulatory clearance happens.

“[These] aircraft don’t just leave the chocks” because they have mandatory modifications that need to occur and they’ve been in hard storage for a year, says Martin. WestJet plans to fly its 13 MAXs from their parking spot in Arizona to Calgary so the airline’s maintenance crews can complete the wiring modifications.

“The timing is good because we are just finishing the 737NG interior mods,” which involved upscaling its premium cabins, he says.

In the meantime, the carrier is using green time to delay maintenance costs and protect liquidity.

“We’re doing everything that we can to quite honestly prevent overhauls” for the Q400 and 737 fleet, says Martin. The 787s are still covered by warranty.

“We have a lot of heavy maintenance that was coming due and I’m trying to bend that cost curve and spread it out and make it more predictable over the next three years,” he says. 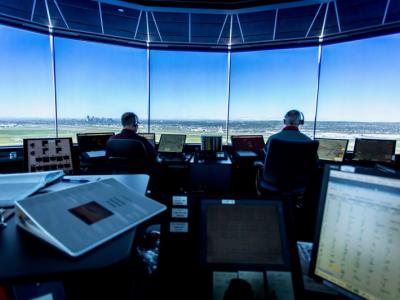