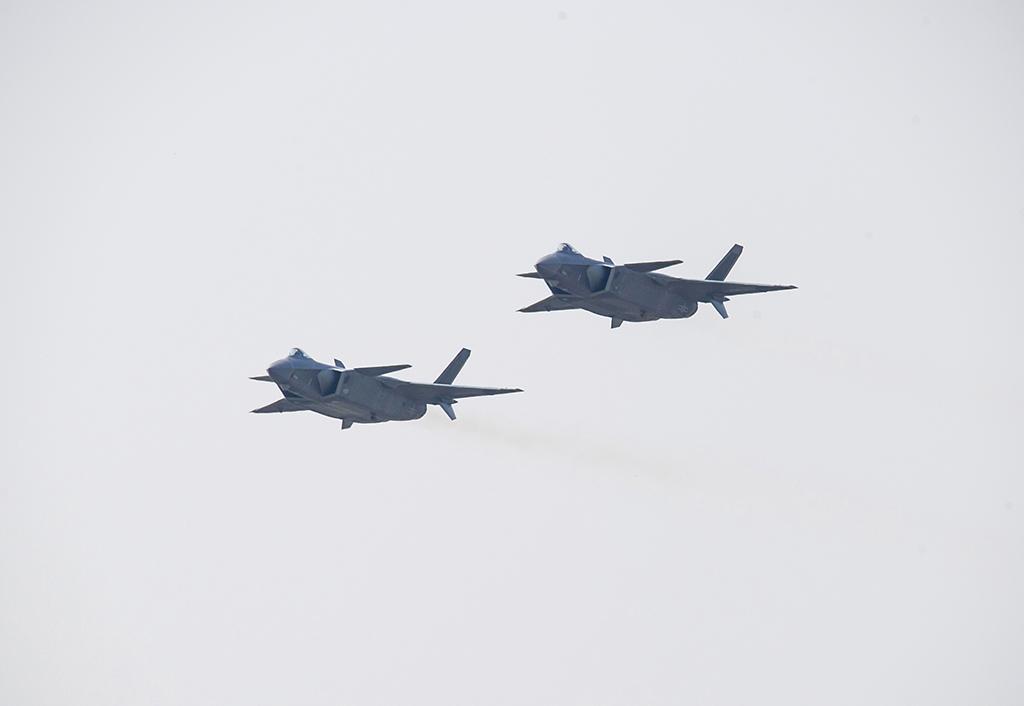 Two J-20s arrived after an exhibition by the Chinese air force’s aerobatics team, which is equipped with J-10s. 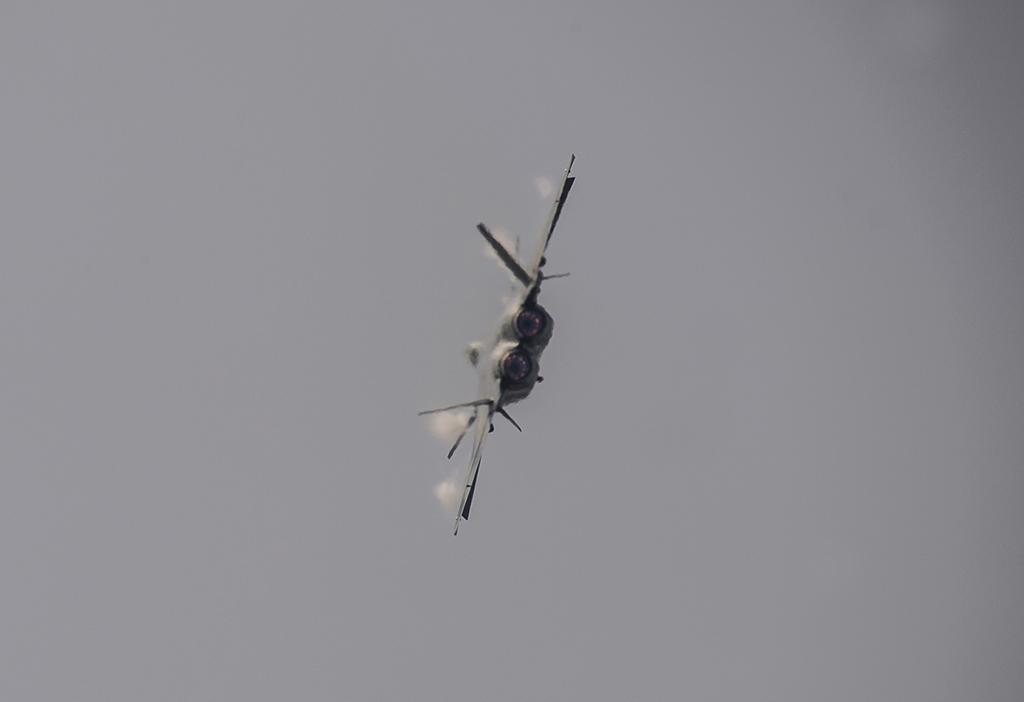 One of the J-20s left soon after appearing; the other performed aerobatics before the crowd for several minutes. Program managers were presumably unwilling to risk two prototypes maneuvering in close proximity. 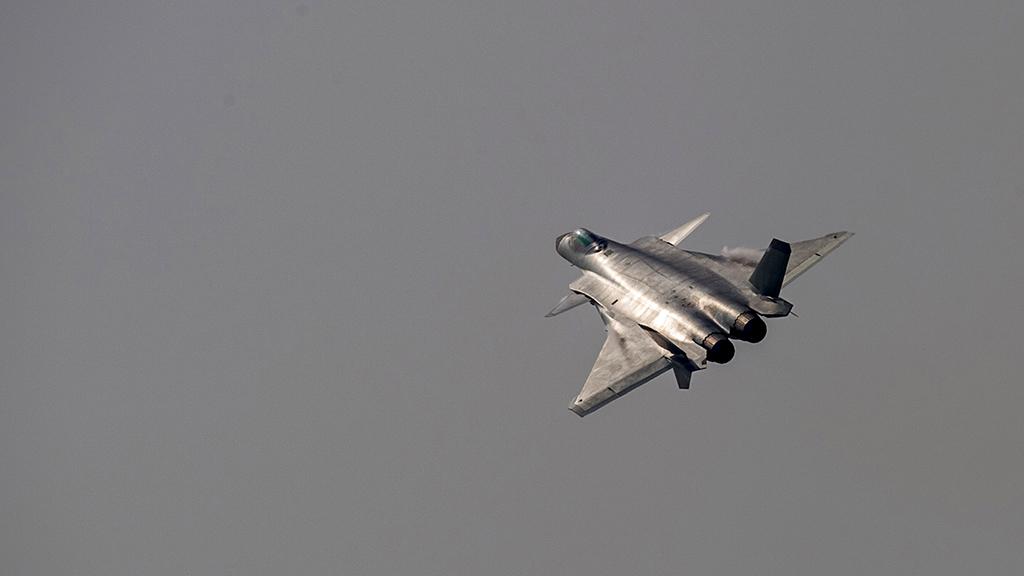 Chengdu Aircraft, one of the two fighter works of defense specialist Avic Aviation Techniques, is developing the J-20, which the Pentagon expects to enter service as early as 2018. 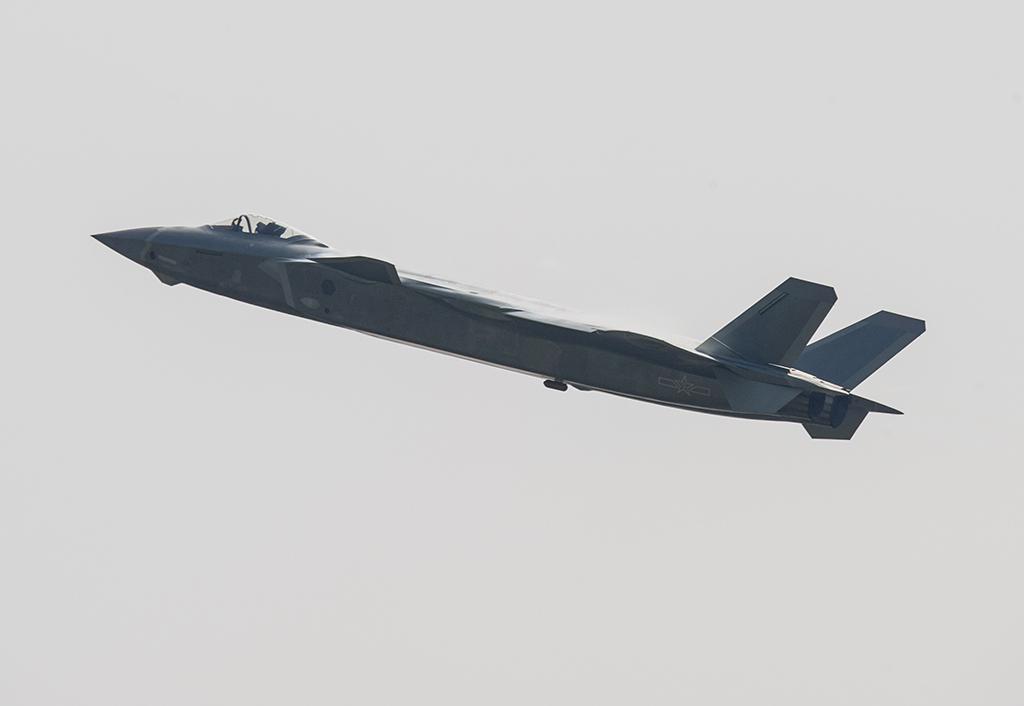 Changes in the J-20 design have appeared during flight testing. 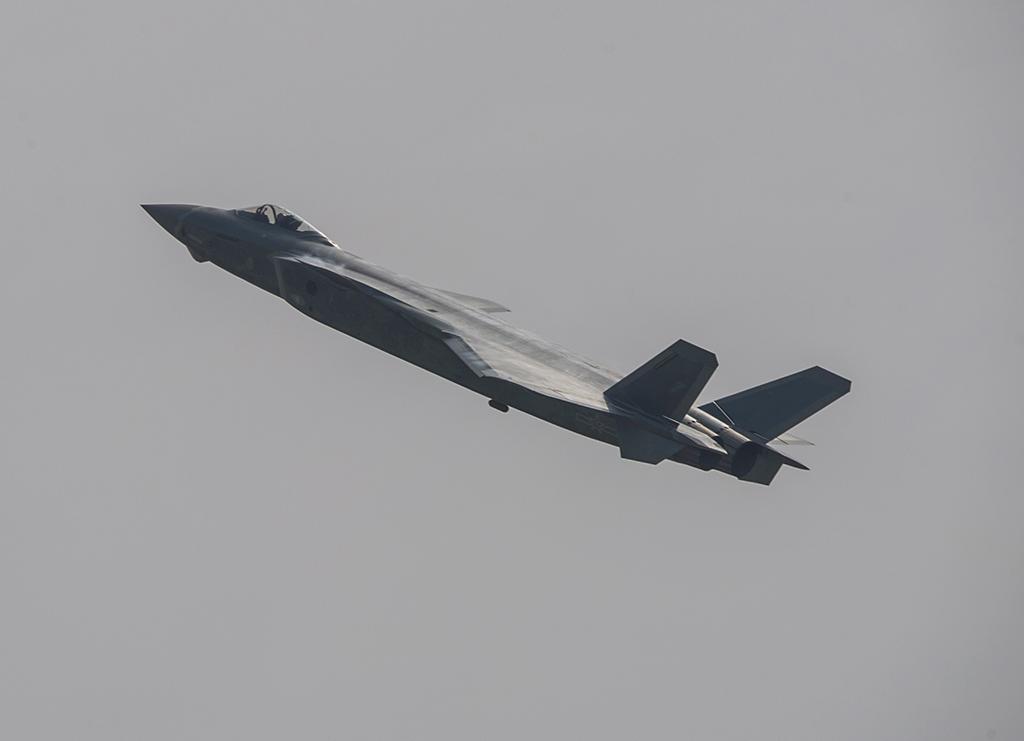 The J-20’s primary missions have not been confirmed, but it evidently has a large internal fuel volume. 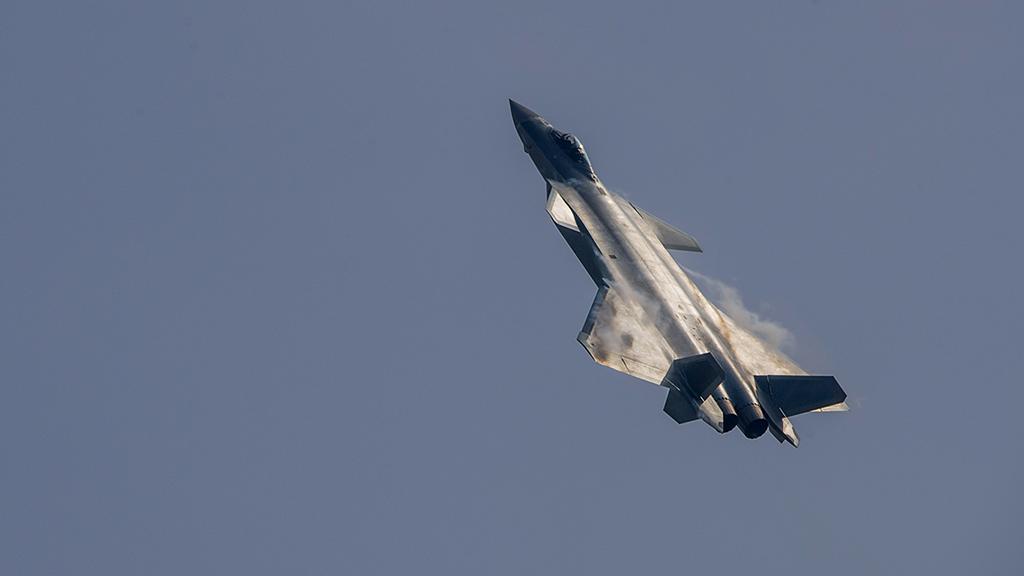 One possible mission could be sneaking past hostile defenses in order to destroy valuable targets such as tankers. 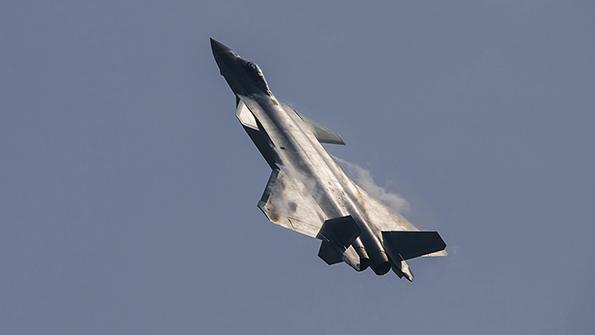 The engines in the J-20 prototypes are probably United Engine Corp. AL-31Fs. 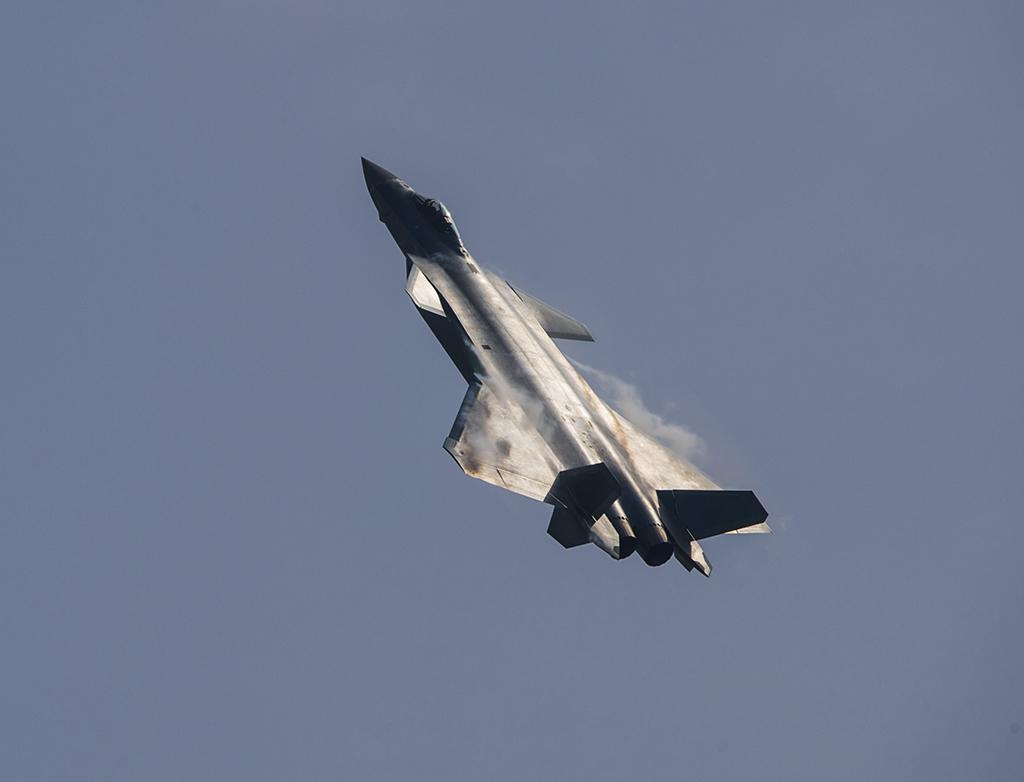 The J-20 design is optimized for a low radar signature. 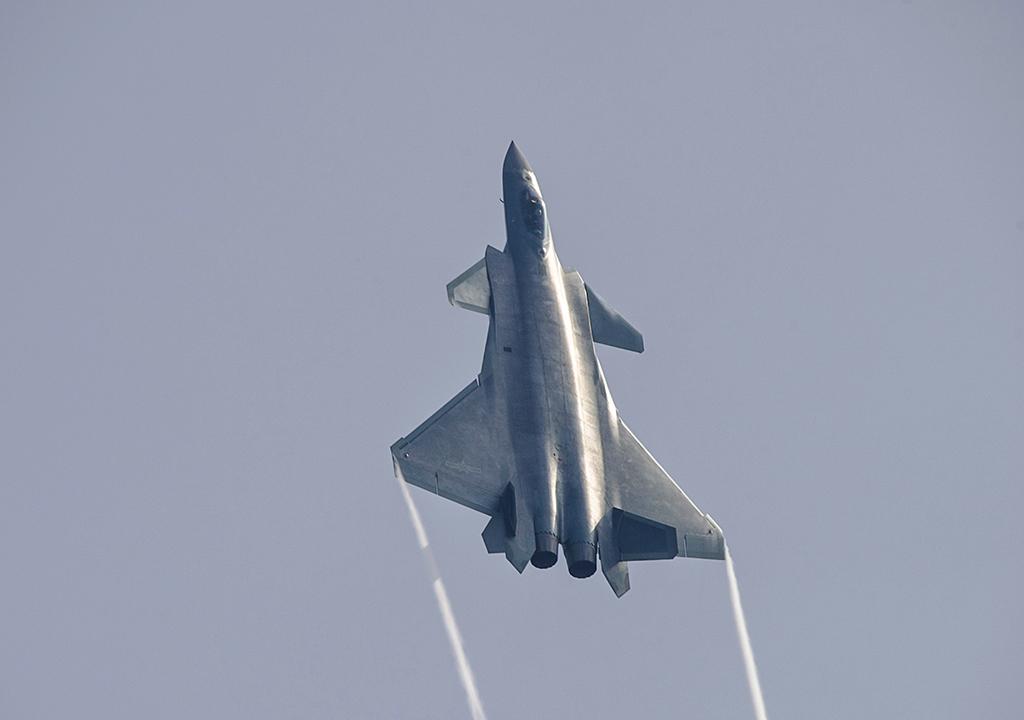 Supersonic cruise is a suspected but unconfirmed capability of the J-20 in its production form. This will depend in part on engine performance. 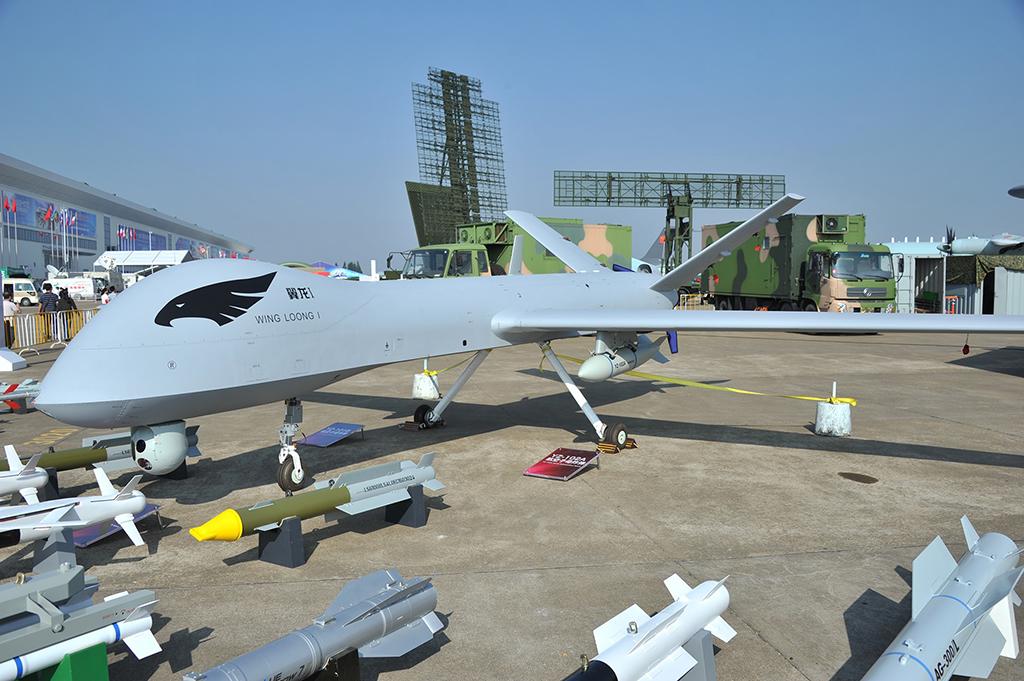 The Avic Wing Cloud Shadow has about the same wingspan as the General Atomics Avenger. 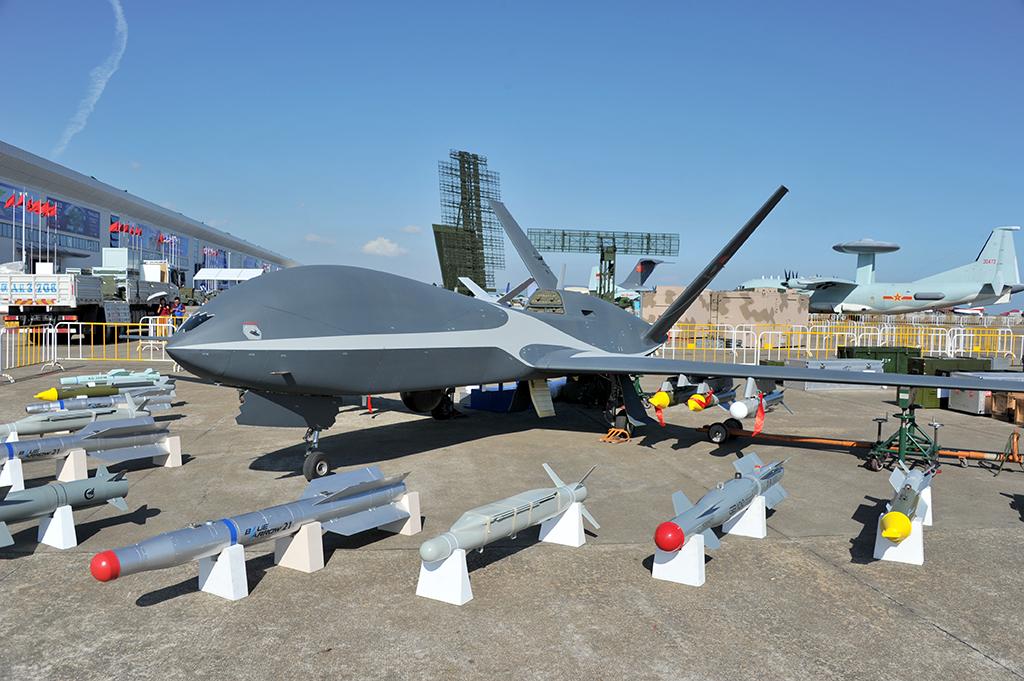 The Wing Loong 2, also from Avic, is a follow-on to an earlier, much smaller type now called Wing Loong 1. 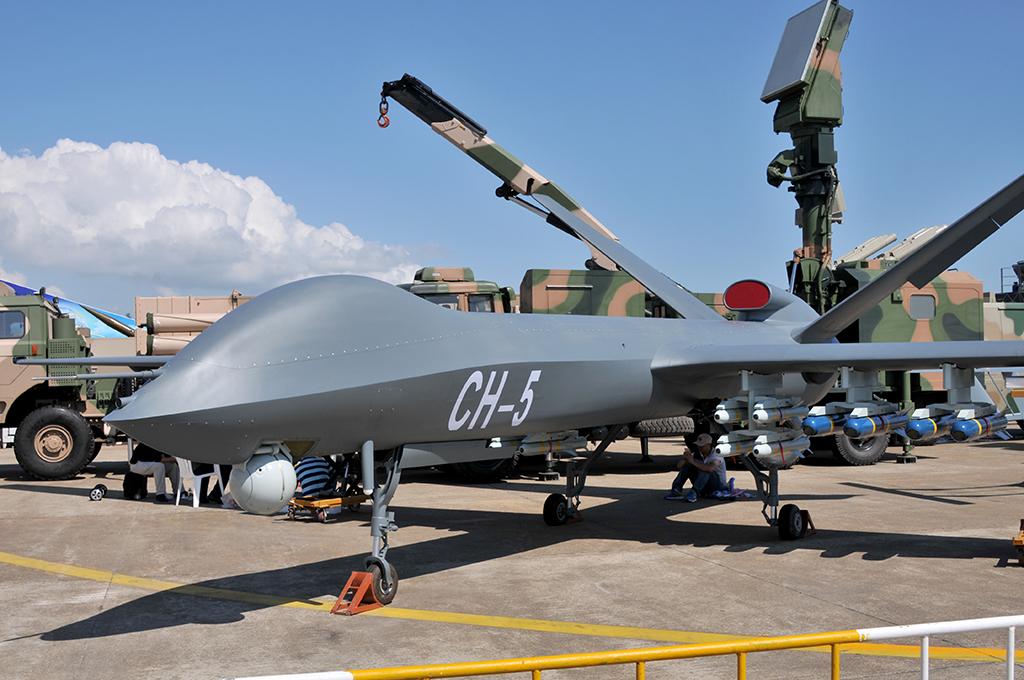 CASC has developed the CH-5 as a jet successor or supplement to the CH-4. 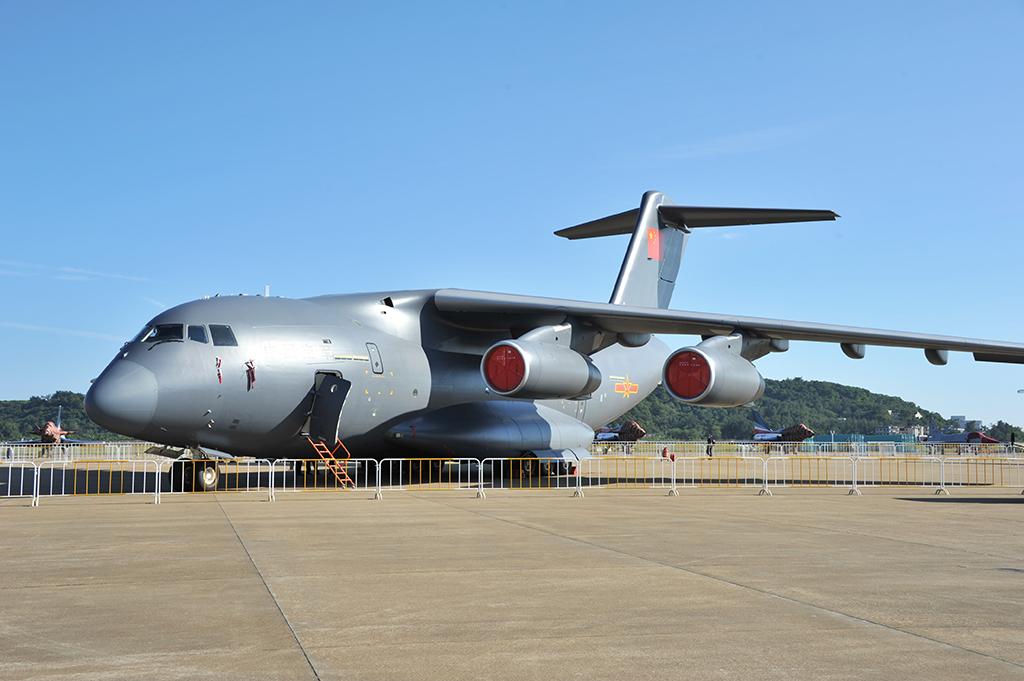 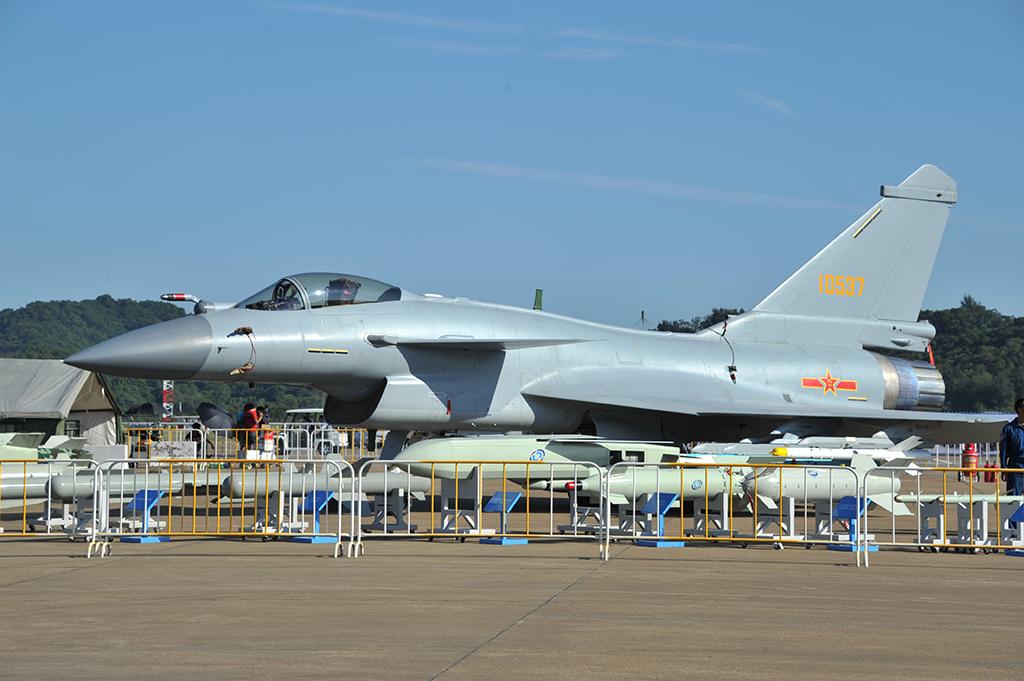 The J-10B version of China’s new standard fighter appeared at Airshow China for the first time. 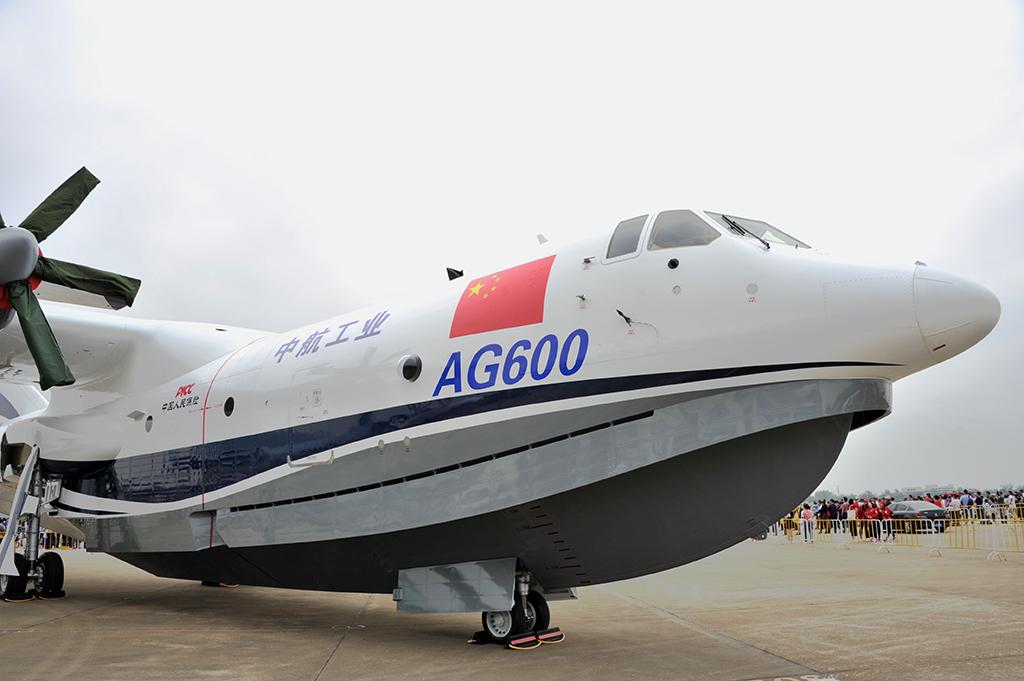 Avic unveiled the AG600 amphibian at its factory near the air show site in July. The type has not flown. 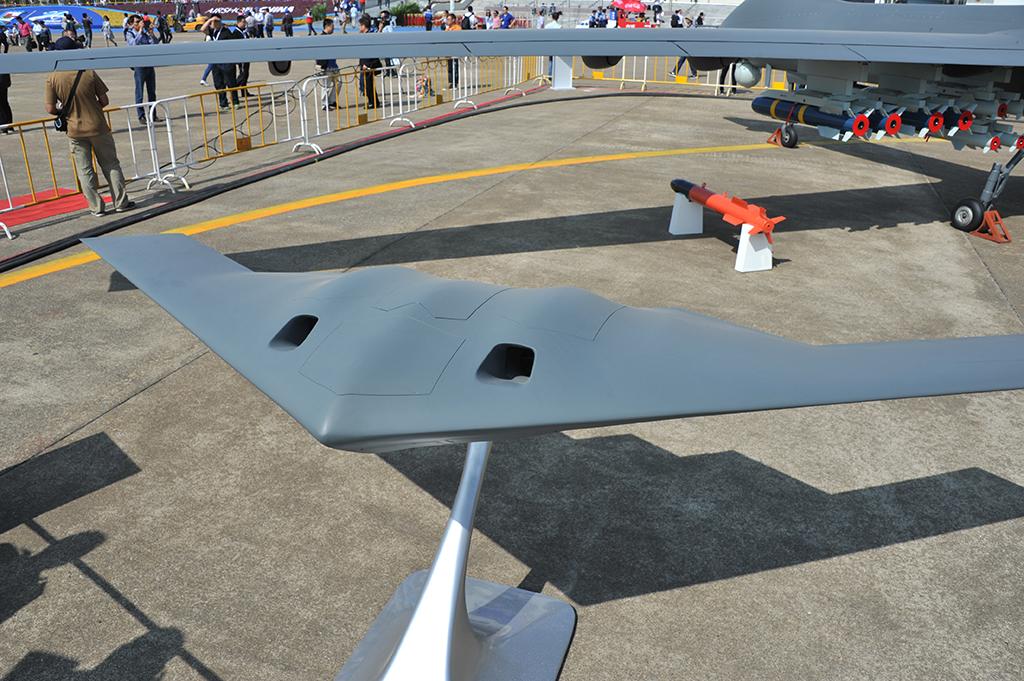 CASC exhibited this model of a drone. The project status is unknown. 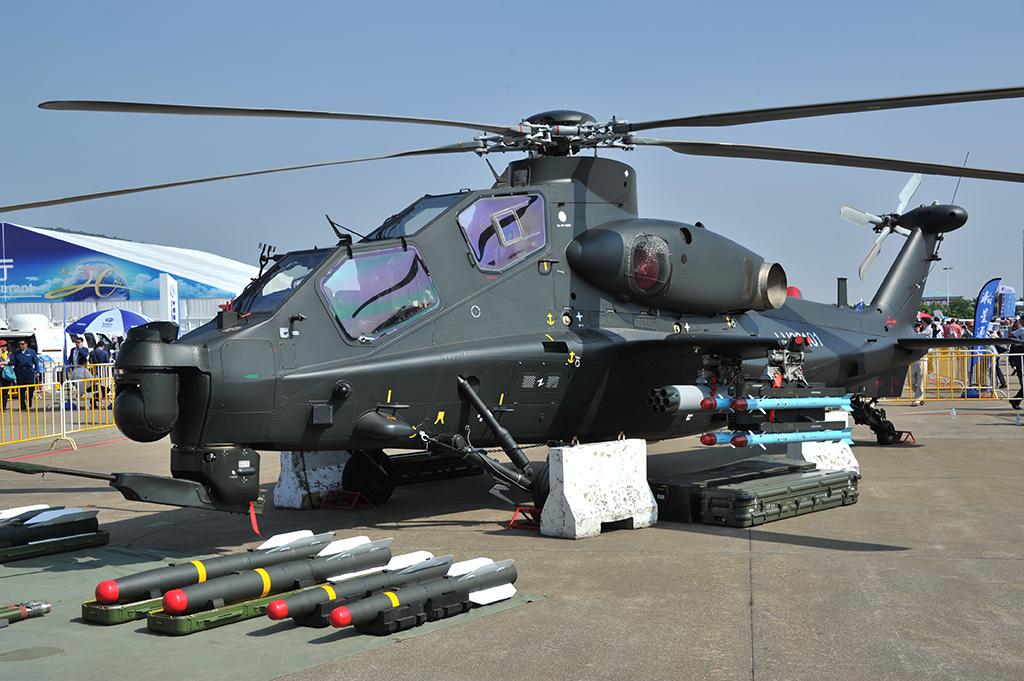 The Z-10K, a version of the Chinese army’s new attack helicopter, made its first appearance at the show. 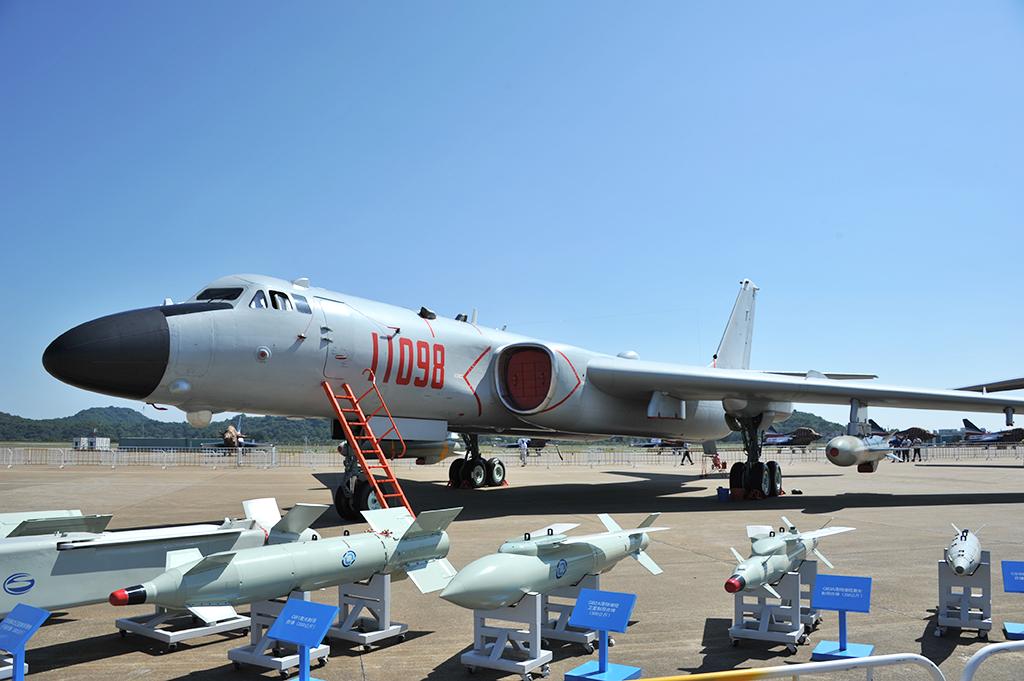 The H-6K bomber and an array of its weapons were available for close inspection.

On Nov. 1, China presented the Avic J-20 fighter at an air show for the first time. Two prototypes were flown at Airshow China in Zhuhai.

But this does not mark the first public appearance of the J-20; Avic and the air force have openly flown it in a test program. Even the first flight in January 2011 was watched by a crowd.

The appearance of the aircraft immediately after the opening ceremony provided strong material for nationalist news reporting.