Fast 5: Next Steps for Embraer’s Aftermarket

Pratt & Whitney and OGMA, the majority of which is held by Embraer, signed an agreement on Nov. 12 to make the Portuguese MRO a PW1100G-JM geared turbofan authorized maintenance center. Johann Bordais, president and CEO of Embraer Services & Support, discusses the deal as well as Embraer’s revised aftermarket plan after the company’s planned joint venture with Boeing collapsed in April.

When do you expect the first Pratt & Whitney PW1100G-JM engine to be inducted?

We are investing €74 million ($87.4 million) to build the facility and test bench, as well as to hire and train people, who could be from outside the company or technicians who work on other platforms at OGMA. This should create about 300 jobs. We expect the first engine in for disassemble, assemble and test at the end of 2022 or early 2023.

How many geared turbofan engines does OGMA expect to maintain?

Is OGMA hoping to add the other geared turbofan models to its capabilities list?

Pratt & Whitney has supplied engines for several Embraer aircraft for years—from the Bandeirante and Brasilia to the Super Tucano, to more recently the Phenom 100 and 300. Back in 2013, we selected the GTF for the E2 family. I would say naturally, when the time is right, OGMA could look at other GTFs.

OGMA has focused on Rolls-Royce engine maintenance until now. Based on the GTF announcement, is OGMA considering other OEMs too—or adding other Rolls engines?

I’d say one step at a time. The Rolls-Royce partnership goes back far. We’re repairing and overhauling T56/501D, AE3007 and AE2100 series engines. We’ve been focused on Rolls-Royce engines but the expertise is right there and that is what Pratt recognized. The test bench at the new facility will be bigger, and then we’ll eventually be looking at another product, but one step at time.

How has Embraer Services & Support’s strategy changed given the failed joint venture with Boeing earlier this year?

In 2017, we combined the after sales of the three segments—commercial aviation, executive and defense—and put them into one business unit to create synergies. Then we were going to carve out the commercial aircraft and services operations for the new joint venture with Boeing. History decided to be different.

OGMA was not part of Embraer Service & Support in the original plan but we added it about a year ago because if you look at the business, it’s about agnostic support—including aircraft, engines and painting. When we found out that the Boeing joint venture wasn’t going to happen, we went back to our original strategy and ‘carved in’ the commercial sales. We said it was a new strategy, but it’s really just an updated one. OGMA never was part of carve out. 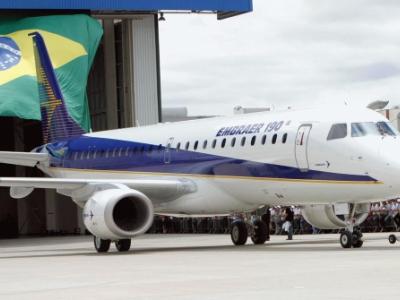 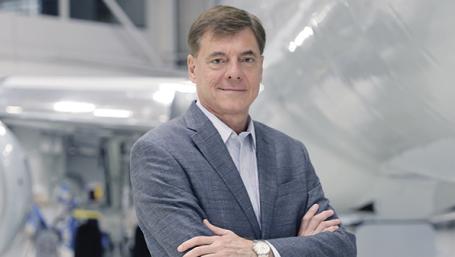