Eric Beranger is marking his second year as chief executive of European missile manufacturer MBDA, having joined the company from satellite communications company OneWeb in June 2019. In his first interview with an English-speaking trade publication, Beranger tells Aviation Week London Bureau Chief Tony Osborne how MBDA has grown its backlog and expanded its portfolio during the COVID-19 pandemic. Highlights follow.

AW&ST: Looking back at the past 12-16 months, how has MBDA made it through the pandemic? When we started 2020, honestly, I was wondering where we would be at the end of the year. Both our people and our customers have been remarkable. We have managed to adapt to these totally unforeseen circumstances. And we have managed to continue to support our customers without any break or disruption, adapting to the various local regulations in order to continue to work.

Looking ahead, are you concerned that your customers, domestic and beyond, could cut back on their defense spending post-COVID-19 and repeat the errors made after the 2008 global financial crisis? It is very difficult to answer this question. We see that there may be some budgetary constraints and we need to be vigilant about it. But, at the same time we see that the tensions in the world have not stopped rising during this COVID-19 period. Quite the contrary, and some have come closer to Europe. There’s the Mediterranean Sea, there has been the Nagorno-Karabakh conflict, and very recently, this episode in Belarus which we could also consider tense.

There are also more technologically advanced capabilities in the hands of potential adversaries. Some hypersonic capabilities have already been declared in service in Russia and in China. At the same time, multilateralism also has been weakening over this period. So, there is a very strong need to make sure that all nations are able to protect themselves and to take action if necessary. There are budget constraints, but then there have been budget constraints almost forever. All we can do is observe those various drivers which are in play. What the outcome will be, I don’t yet know. I don’t have a crystal ball. 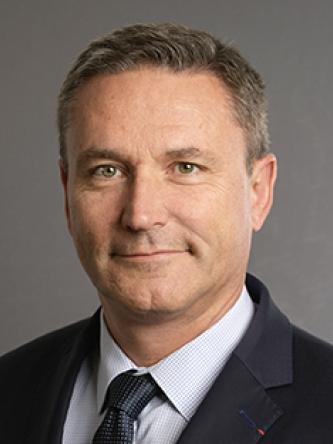 You mentioned hypersonics, but what steps are European countries taking in the development of such weapons and how is MBDA supporting those efforts? I don’t want to speak for the individual nations, but we believe the best way to defend yourself against such weapons is to know your adversary. MBDA has some unique competencies because this is a domain in which MBDA has been working for decades now. Hypersonic brings with it some key technological disruptions. The speeds mean you are in a different world when it comes to considering guidance or interception, because you have much less time to react and the trajectories are different. And high speed means higher temperatures, much higher than what you usually see in other domains.

So this has a lot of consequences in terms of materials and the conception of your capabilities. Both of these are areas where MBDA is extremely knowledgeable. It is for this reason why we are able to build a program such as the Twister interceptor (Timely Warning and Interception with Space-based TheatER surveillance), one of the European Union’s Permanent Structured Cooperation (PESCO) projects.

MBDA, through its domestic business in France, Germany, Italy and the UK, is a partner on both European fighter projects. Are there opportunities for a single set of European weapons to arm these platforms? MBDA is an integral part of these two flagship programs, but we have a clear Chinese wall inside MBDA between those two worlds—that of Tempest and the world of SCAF [French acronym for the European Future Combat Air System (FCAS)]. Of course, MBDA has all the capabilities. I will not miss any opportunity to mention that. If, at some point in time, our customers on both sides of the wall decide to ask us to provide weapons for both sides, we are able to do so because we have all the capabilities to do so. But, I am very respectful of our customers and this is absolutely their choice.

Leafing through the company’s portfolio, there are numerous different products for the same task, such as  anti-ship, air-to-air and anti-tank weapons. Is there an attempt to further consolidate the different efforts in MBDA’s domestic markets? In life, nothing is totally black and white. Economies of scale are extremely important in this industry, but we are also in a domain where sovereignty is important to our customers. So there is a trade-off. If the economic criteria were the only ones, there would be fewer products on the market. MBDA is at the core of the sovereignty of our domestic nations, and we are there to meet their needs. But we are of course looking at all the possibilities to draw synergies wherever possible. Where there are components or modules that can be shared, we do that, and if we cannot, we don’t. So, we face constraints and it is our job to meet those constraints.

With investments into directed-energy weapons, collaborative weapons and so forth, what does MBDA’s weapons portfolio look like? As we look ahead, there will be fewer of what we would call missiles or simple effectors. We are looking at new technologies such as lasers, directed-energy weapons, jammers, decoys as well as short-range protections, all of which could be packaged either under an aircraft or inside a remote carrier—like we are doing on SCAF.

One of the issues today is that the anti-access/area-denial capabilities are getting stronger every day, so to be able to enter into certain zones is becoming more difficult. And the question is less about what the target is, but rather the effect you want to achieve. In the future, fighters will have access to a menu of different effectors—kinetic [and] nonkinetic missiles, jamming, electronic warfare and laser—and the job will be about selecting the right combination of effectors that will act collaboratively to deliver the mission.

Will these technologies be demonstrated, and if so, how long before they emerge? We are preparing for this, but it is not going to be suddenly ready in the year 20-something. It will be very progressive, very iterative. What we are doing for the Counter-UAS [unmanned aircraft system] is a first step, like our Sky Warden system that we revealed at the IDEX defense exhibition in Abu Dhabi in February. You already have a set of different sensors, be they laser or radars, and then you have very different effectors including jammers, missiles and soon lasers. We are already combining a number of different sensors to build up adequate information, and combining effectors to protect yourself. So, we are already taking a significant step into this future.

Are you seeing more alignment between the UK and France on the specifications for the Future Cruise/Anti-Ship Weapons (FC/ASW)? Cooperation between the UK and France is very strong and continuing, and we are very active. But I think this is for my customers to answer. What I can say is that they are aligned. And thanks to this alignment there is work, which is now running as we speak, to be on contract for an assessment phase during the summer.

There are two pan-European missile programs that are the subject of potential European Defense Fund investment, the Twister and the Beyond-Line-of-Sight (BLOS) Land Battlefield Missile System. But are there more opportunities in the pipeline? We are intending indeed to submit the Twister interceptor as well as the BLOS program (based on the MMP missile system) at the European Defense Fund level. More broadly, the European Defense Fund is a topic in which we are extremely active. We have some vision of the programs and the capabilities that we want to develop for the future because we see the needs of our customers evolving, in particular, in terms of airpower. But the capability gaps at the European level come from PESCO, which is defining the projects, and the European Council, which is validating the definition of the gaps to be filled.

Are you concerned about the growing level of competition in the missile industry with new players emerging from countries such as Brazil, South Korea or Turkey? In the last 20 years, the number of players in our domain of complex weapons has nearly doubled from 16 to 26. In terms of products, they have almost tripled from around 250 to 650. This means that the competition is extremely strong, and when there is this level of competition you have to keep running faster.