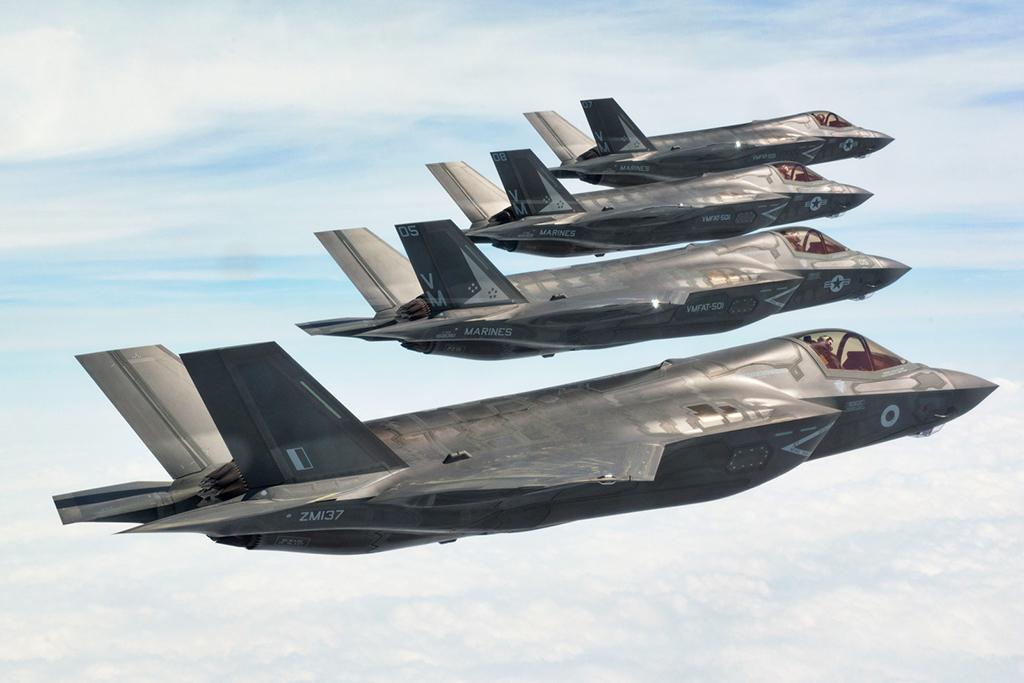 Britain is working closely with the U.S. Marine Corps to reestablish its carrier strike capability with the F-35B short-takeoff-and-vertical-landing (STOVL) version of the Joint Strike Fighter. Britain’s first front-line squadron, 617 Sqdn., will reform in 2018 at MCAS Beaufort, South Carolina, out of the Marines' VMFAT-501 training unit, to which a growing number of British personnel are attached. 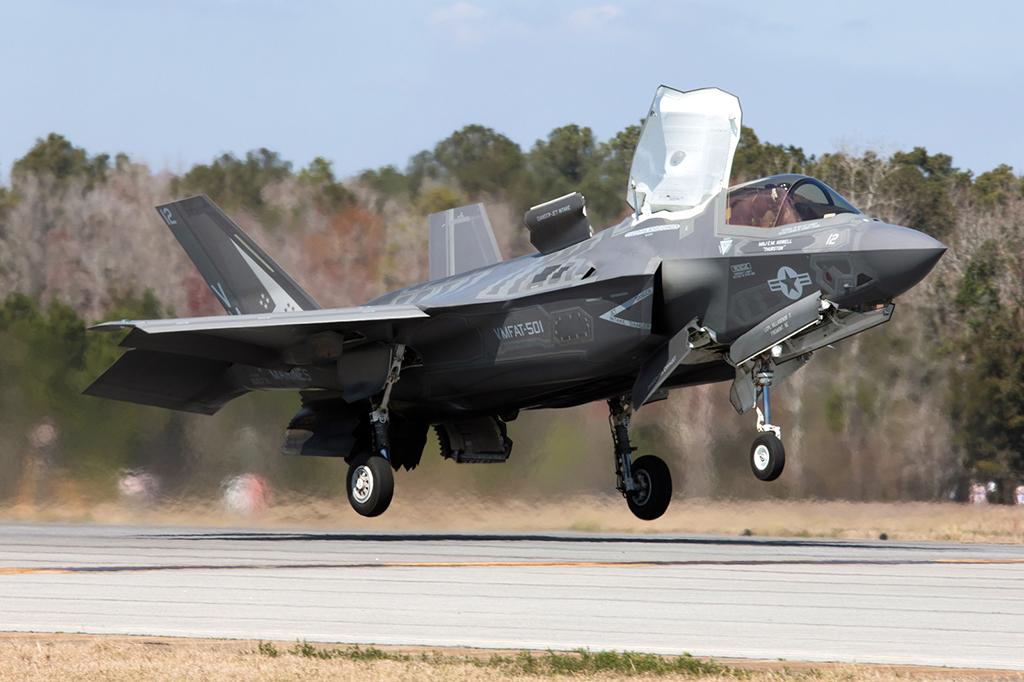 Britain plans to base its F-35s at RAF Marham, which is undergoing a major refurbishment to accommodate the new aircraft and its associated facilities. Eventually, the U.K. is planning to have four front-line F-35 squadrons and a single training unit, or Operational Conversion Unit, with all aircraft at Marham. 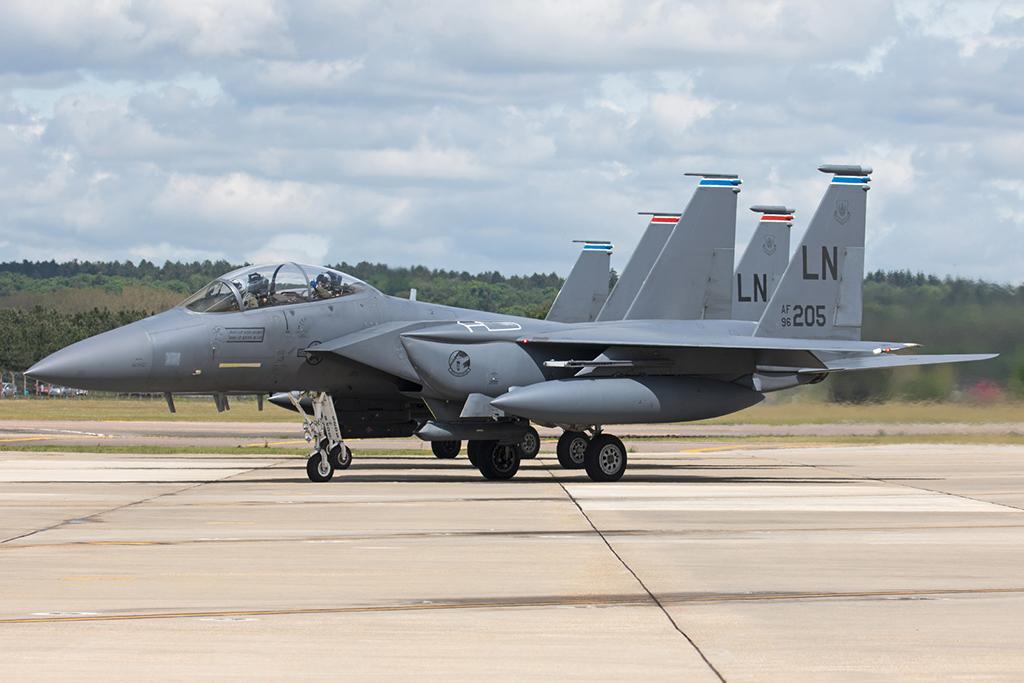 The 48th Fighter Wing based RAF Lakenheath is home to four flying squadrons, two for the Boeing F-15E Strike Eagle (pictured), one for the F-15C/D Eagle and a small unit for the Sikorsky HH-60G Pave Hawk helicopter. 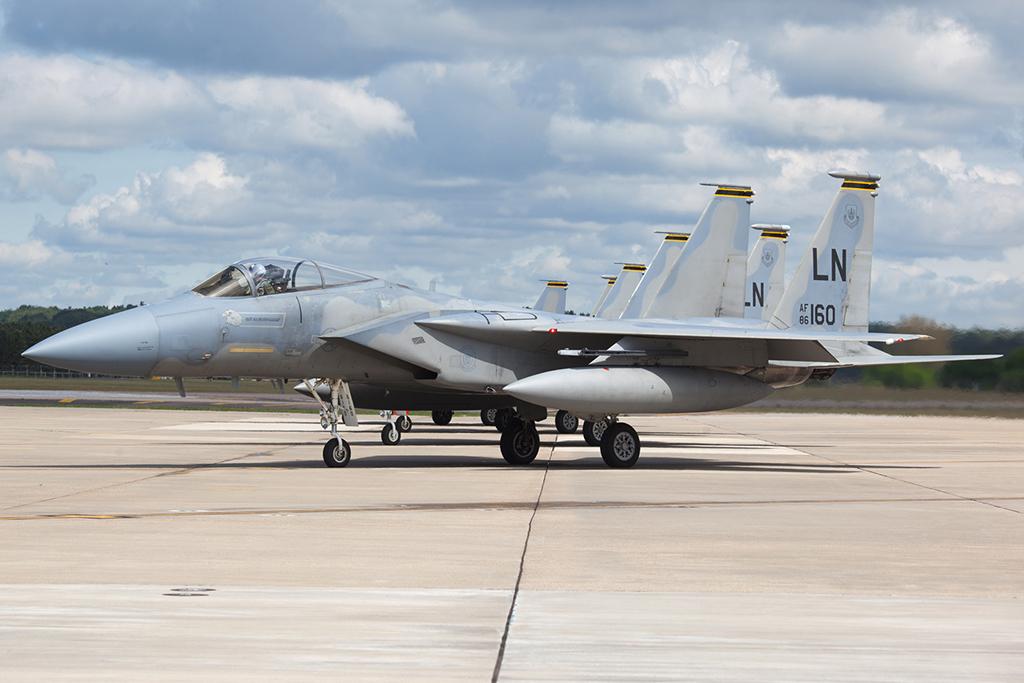 With the arrival of the F-35, expected around the end of 2021, plans are to move the HH-60 to Eastern Europe, while the single F-15C/D (pictured) squadron is also due to have departed as part of the drawdown of front-line units flying this aircraft. The 493rd Fighter Sqdn., known as the Grim Reapers, is scheduled to remain at Lakenheath in 2017 and probably 2018, but its future beyond that is uncertain. 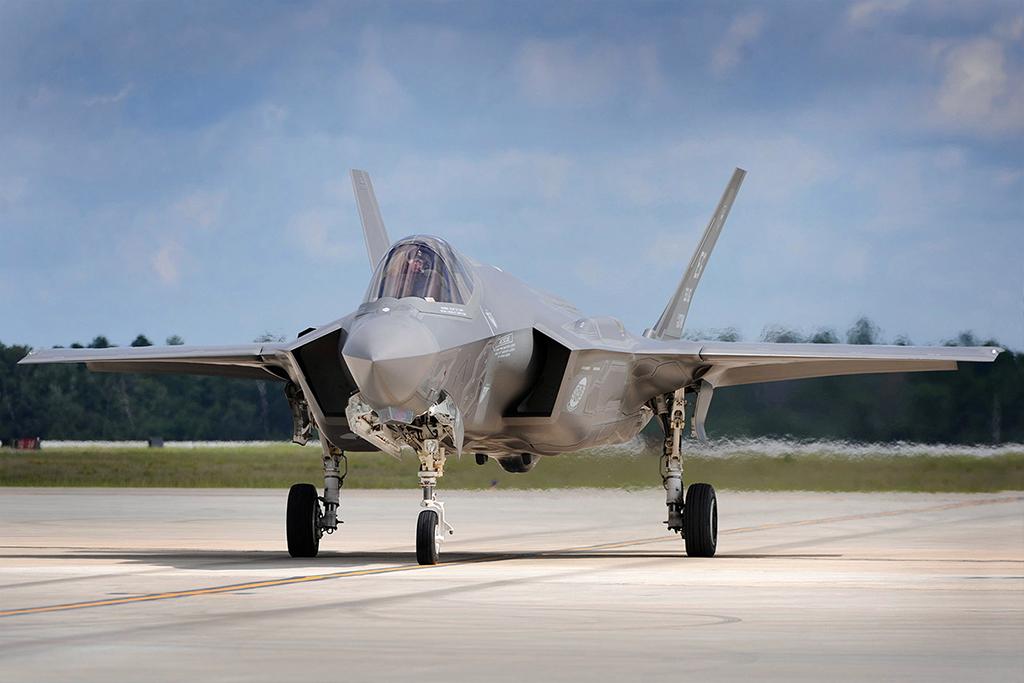 The U.S. Air Force plans to base two squadrons of F-35As at Lakenheath along with the two of F-15Es, giving the station a potent mix of aircraft during the 2020s. The base is planning to begin work to pave the way for the F-35s in 2018, including construction of new squadron operations buildings and maintenance facilities as well as weather shelters and a simulator building. 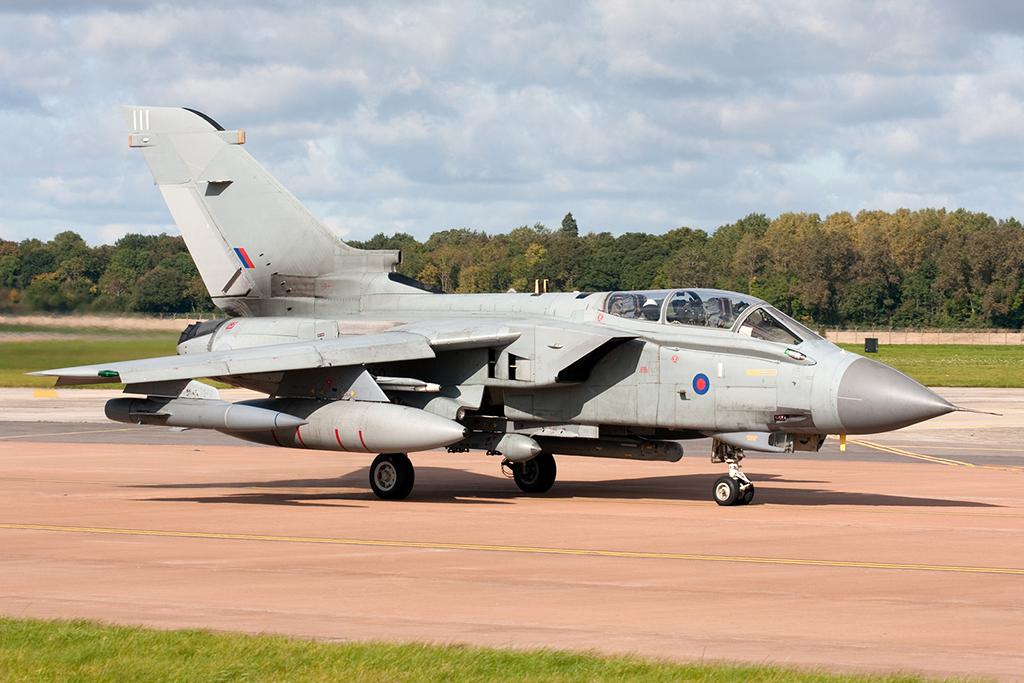 RAF Marham is home to Britain’s three-squadron Panavia Tornado GR4 (pictured) force. The Tornado will briefly share Marham with the F-35 until April 2019, when the Tornado is slated to leave service. The Eurofighter Typhoon will assume the ground-attack mission. 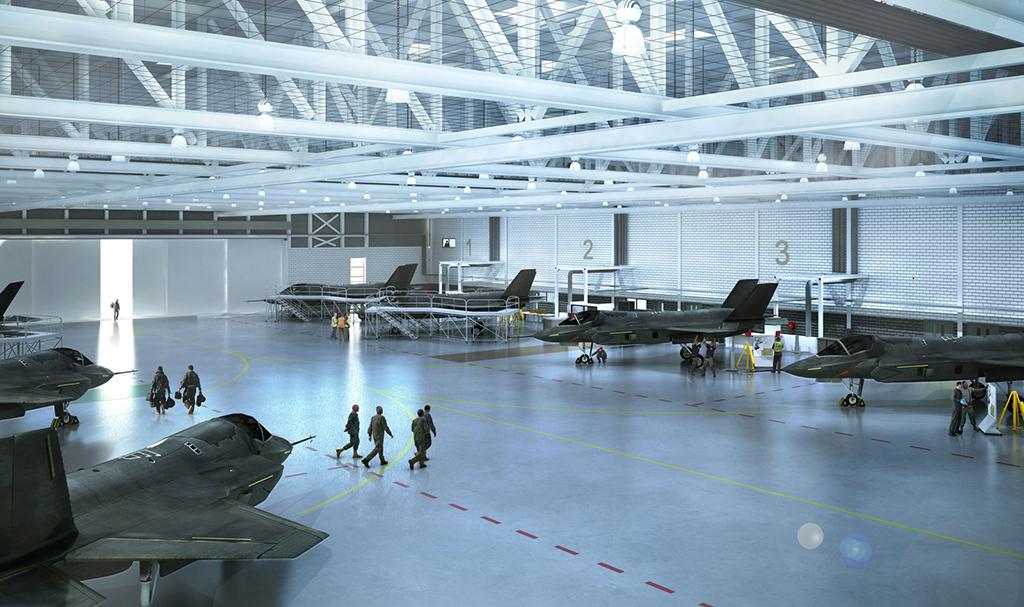 In April, a £142 million ($200 million) contract was signed with Lockheed Martin and BAE Systems to construct centers at Marham for logistics operations, integrated training and maintenance and final finishes. The three facilities will comprise a key element in the U.K.’s requirement for a so-called Freedom of Action capability, which is designed to allow Britain to conduct F-35 operations independently. Two additional contracts are expected to be signed later for the building of hangars, offices and technical facilities, aircraft shelters and servicing platforms, and three vertical-landing pads, plus the refurbishment of runways, taxiways and hardened aircraft shelters. 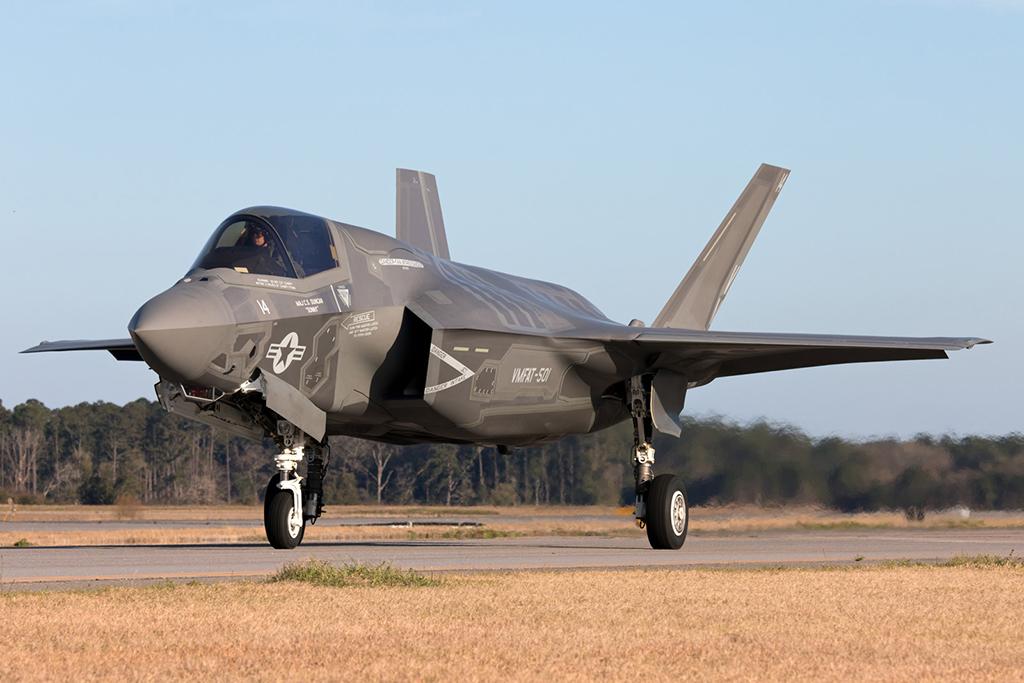 In the meantime, the U.K. is eagerly awaiting the debut of the F-35 there. A total of five U.S. Air Force and U.S. Marine Corps F-35s are due to make the eastbound transatlantic crossing, for the Royal International Air Tattoo at RAF Fairford, where displays will be performed by three USMC F-35Bs and two F-35As. A single British aircraft, BK-3, also may make the crossing. Appearances will include flybys at Fairford with the British aerobatic team, the Red Arrows, as well as the Farnborough Airshow.

The U.K. is set to become one of the first countries within the growing Lockheed Martin F-35 Joint Strike Fighter community where U.S. JSFs will be based alongside aircraft operated by other nations. Britain pledged in its Strategic Defense and Security Review, published last November, to purchase 138 aircraft, all to be based at RAF Marham, while the U.S. Air Force plans to station up to 54 F-35As at RAF Lakenheath as part of the future configuration of its 48th Fighter Wing. As a result, Eastern England could see one of the greatest concentrations of F-35s anywhere, with as many as 192 jets within 20 mi. between the two stations.

Read more about the F-35s in England: U.K. and U.S. Explore Partnership on F-35 in Britain