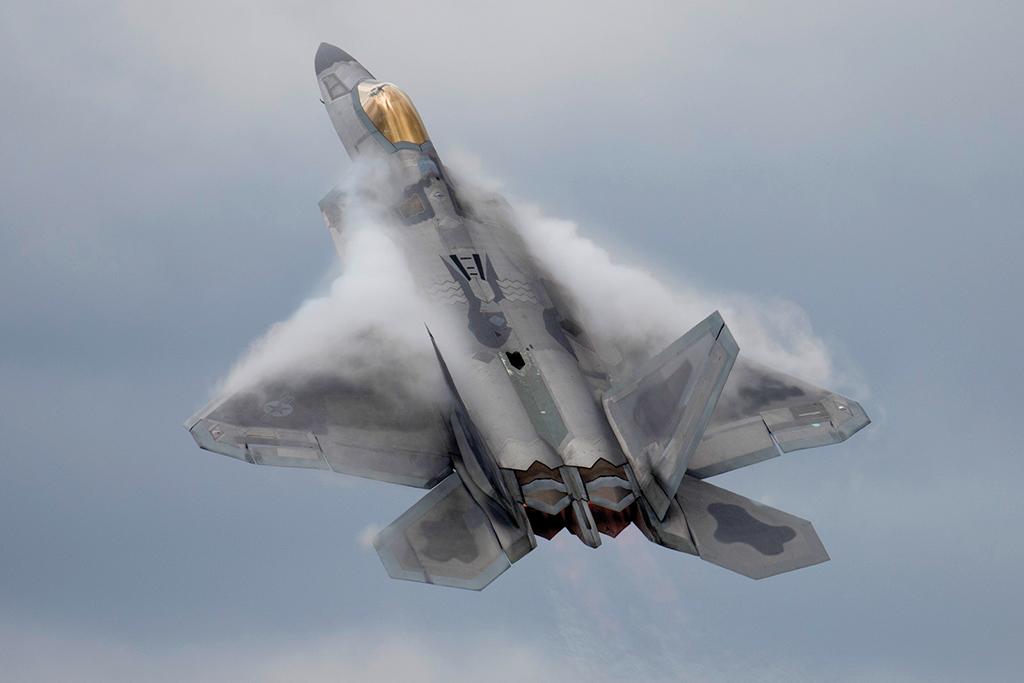 The public days of the Air Tattoo faced typical British summer weather, with low clouds and at times rain and drizzle, but F-22 demonstration pilot Maj. Dan Dickinson used it to his advantage, generating spectacular vapor effects shortly after takeoff. 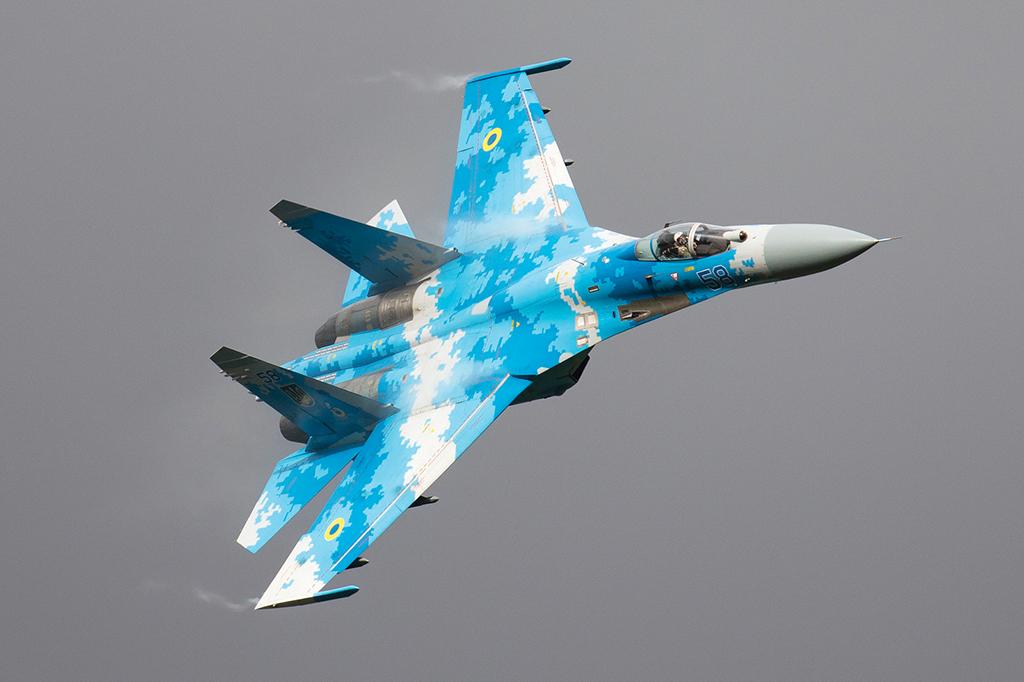 The Ukrainian Air Force made a welcome return to the Air Tattoo with a pair of Sukhoi Su-27 Flankers, the single-seat example of which flew in a graceful display of noise and power, but without the famous Pugachev Cobra that punctuated displays of this aircraft during the 1990s. Ukraine continues to use the Su-27 in front-line operations, but the type has been locally upgraded to deal with obsolescence issues. The aircraft were supported by an Ilyushin Il-76 airlifter. 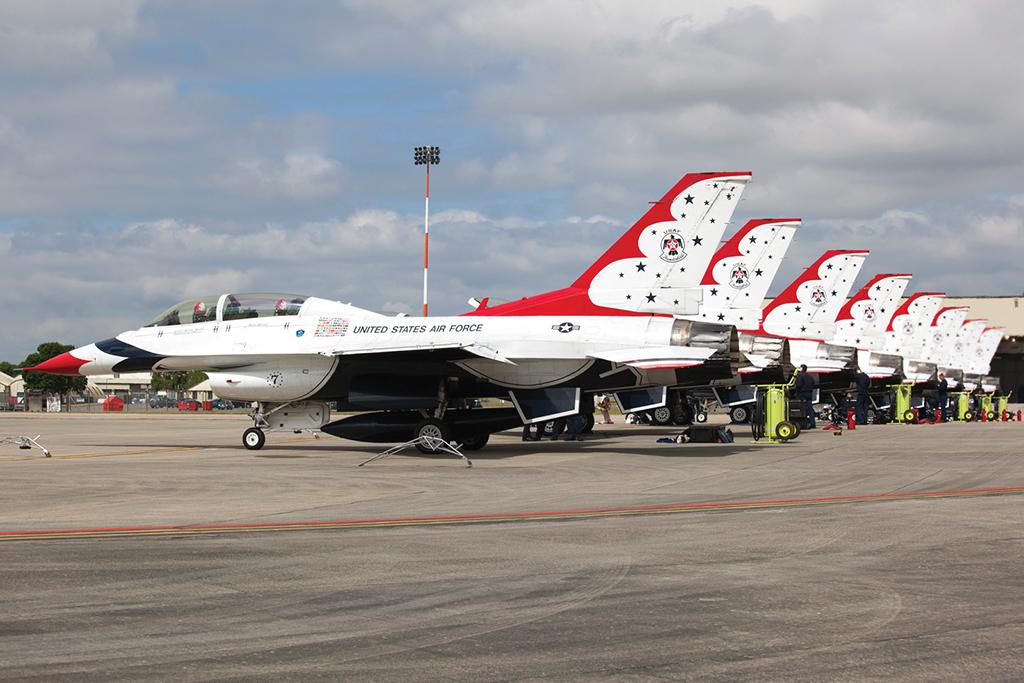 The U.S. Air Force air demonstration team, the Thunderbirds, returned to Fairford for the first time since 2007, despite an accident on June 23 that resulted in the loss of one of the team’s two-seat F-16Ds at Dayton International Airport, Ohio. The remaining two-seat aircraft made the journey across the Atlantic and performed several media flights. 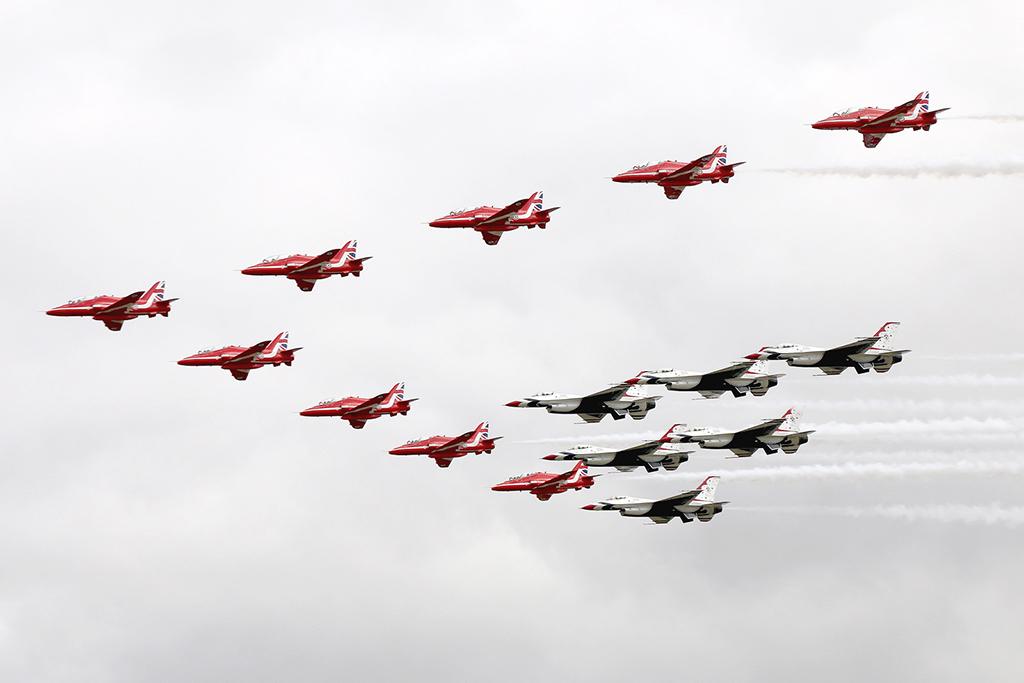 As well as performing at the Air Tattoo, the Thunderbirds also went to France to take part in this year’s Bastille Day flyby over Paris on July 14 along with two F-22s. On their return, they were able to participate in a memorable flyby  (pictured) with the British Red Arrows aerobatic of the Royal Air Force. 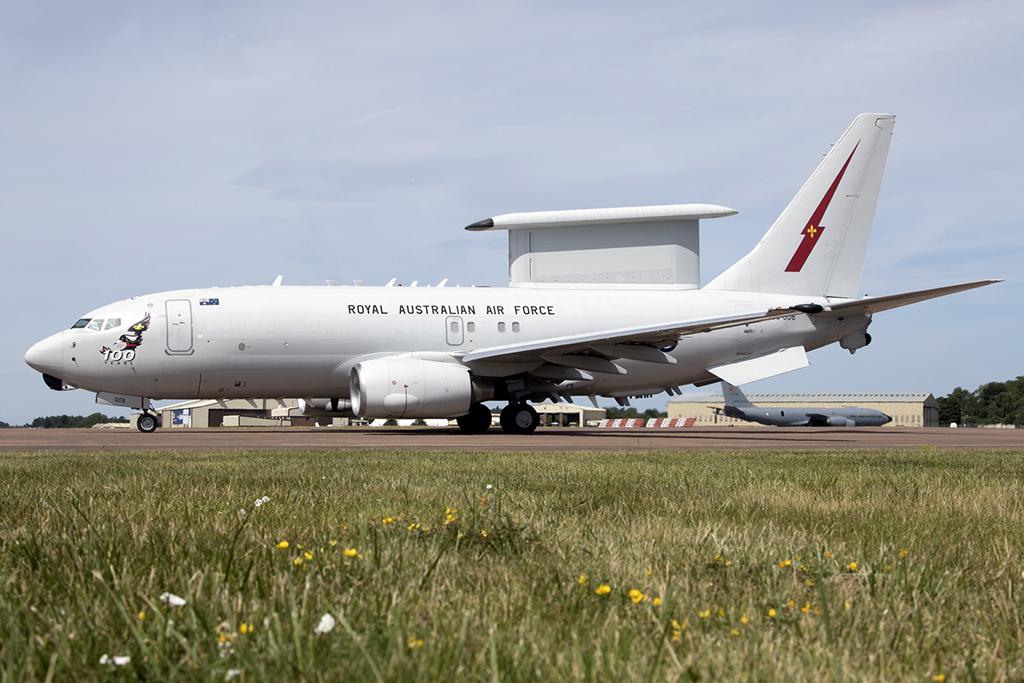 Making one of the longest journeys to the Air Tattoo was this Boeing E-7A Wedgetail airborne early-warning-and-control platform from the Royal Australian Air Force. In addition to the air show, the aircraft visited RAF Waddington, home of the UK’s E-3 Sentry force, where it is believed to be involved in a series of evaluations as the UK considers how to upgrade its E-3 fleet. 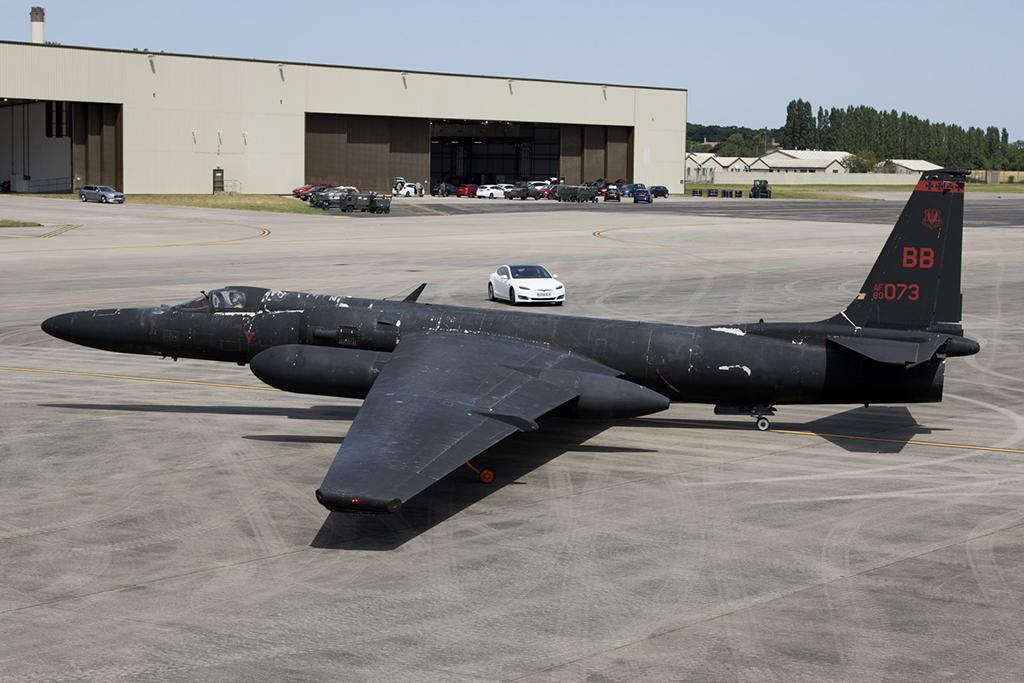 As part of the U.S. Air Force's 70th anniversary, an example of the Lockheed U-2 was put on static display in the type’s first public showing in the UK since 2005. A planned demonstration of the aircraft was canceled, but the high-flier still generated significant interest among visitors. One of the aircraft is pictured here taxiing out for departure, closely escorted by a Tesla chase car instead of the Chevrolet Camaro usually used for the task. 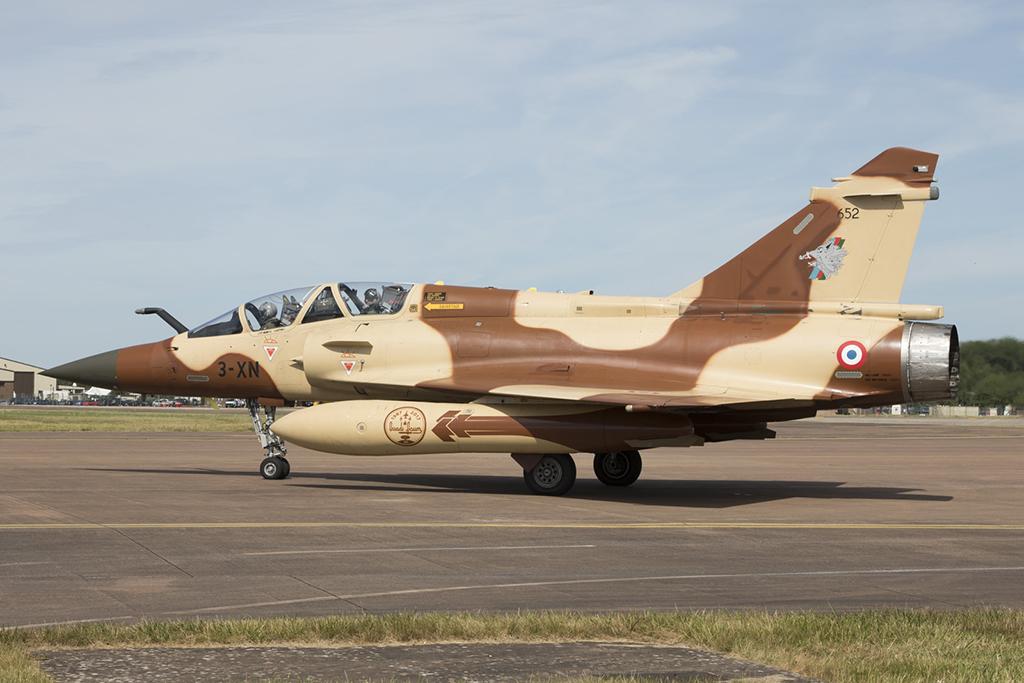 The French Air Force has a history of establishing small display teams specializing in close-formation demonstrations, and this year was the turn of Couteau Delta, a pairs display using the Mirage 2000D. The team brought three aircraft (plus one spare), including this example painted in a desert scheme to mark the 30th anniversary of the air raid against Ouadi Doum, Chad, to prevent its use by Libyan bomber aircraft. 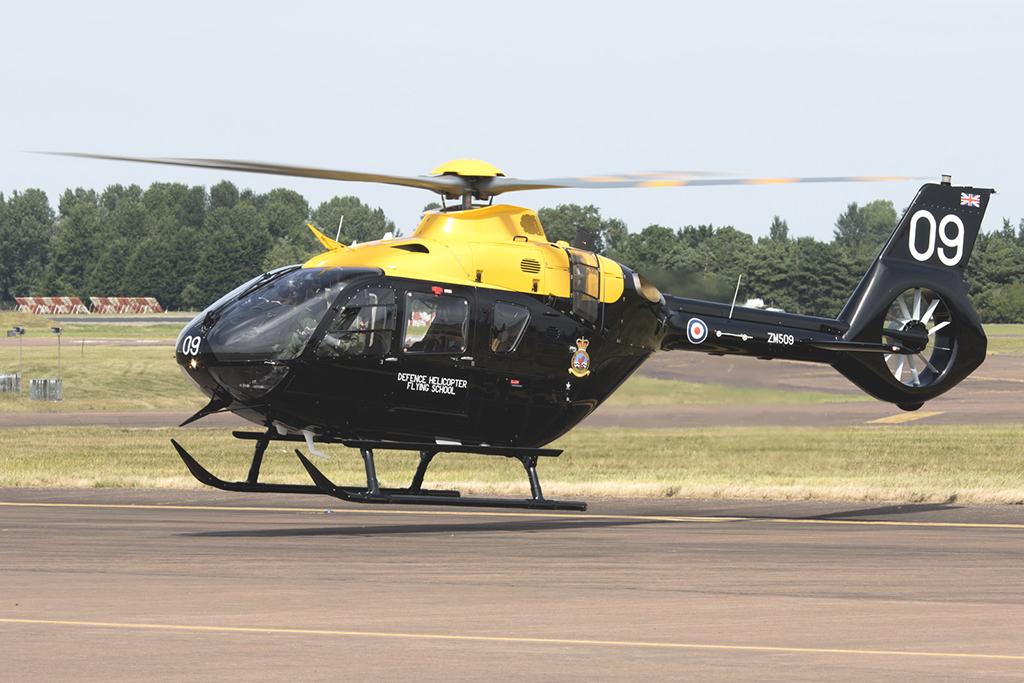 The show also brought together the five new aircraft types that will eventually form the Royal Air Force’s new training aircraft fleet, including the Grob G120TP Prefect, Embraer 100 Phenom and Beechcraft T-6 Texan II (to be provided by Affinity Flying Training Services), as well as the Airbus H135 Juno (pictured) and H145 Jupiter helicopters being provided by Airbus Helicopter. It was the first time all five aircraft have appeared together in public. 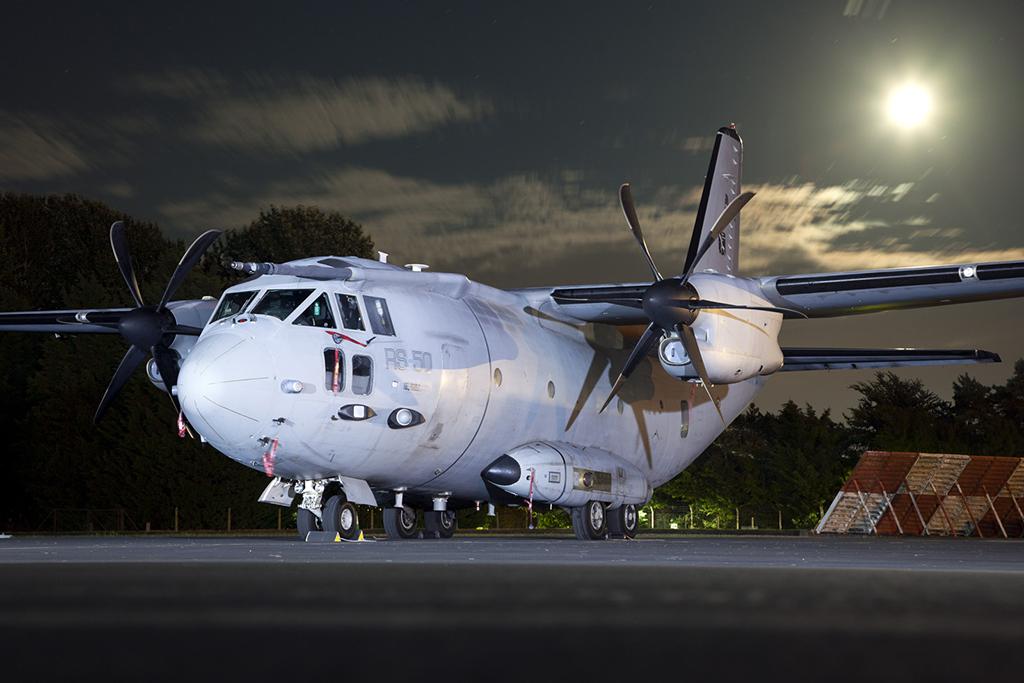 The Italian Air Force’s C-27J Spartan has always been a popular performer at the Air Tattoo, flown by a crew from the air service's test wing, the Reparto Sperimentale Volo, pictured here awaiting its next display on a moonlit night. 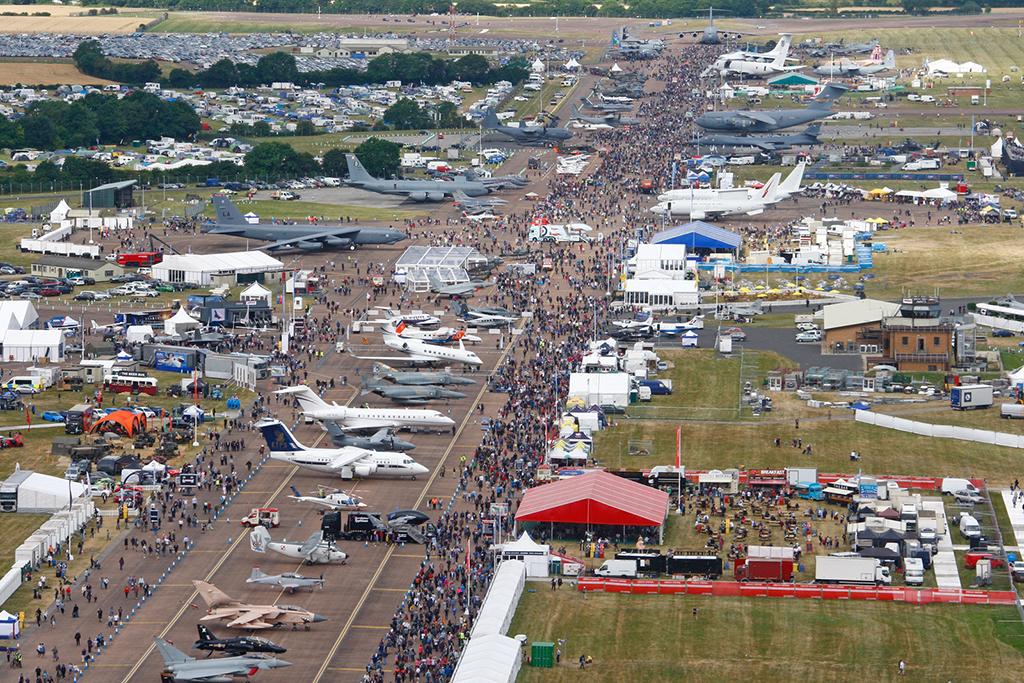 The concrete of RAF Fairford groaned under some of the weight of the 246 aircraft from 32 air forces representing 26 nations that took part in this year’s show. RIAT would not be possible without the efforts of the 2,000 volunteers who lend their time to the event. Next year’s event will mark the 100th anniversary of the Royal Air Force and will be a full three-day air show.

This year’s Royal International Air Tattoo (RIAT), held at RAF Fairford, England on July 14-16, featured a wide range of exotic aircraft from around the world as it marked the 70th anniversary of the U.S. Air Force. Although it is not a trade show, RIAT is increasingly being recognized as an event where industry can meet and greet senior air force delegations and show off the latest wares, as air services compete for the eye of the thousands of spectators. Among the aircraft taking part were Ukrainian Air Force Su-27 Flankers in the flying display, an Israeli Air Force Lockheed Martin C-130J Hercules and the U.S. Air Force Thunderbirds air demonstration team. Israel's air force had not attended RIAT for 17 years, and the Thunderbirds appeared for the first time in a decade. Joining a large U.S. Air Force contingent were an F-22 Raptor in the flying display and a B-2 Spirit performing a flyby in a Global Power exercise on July 16.