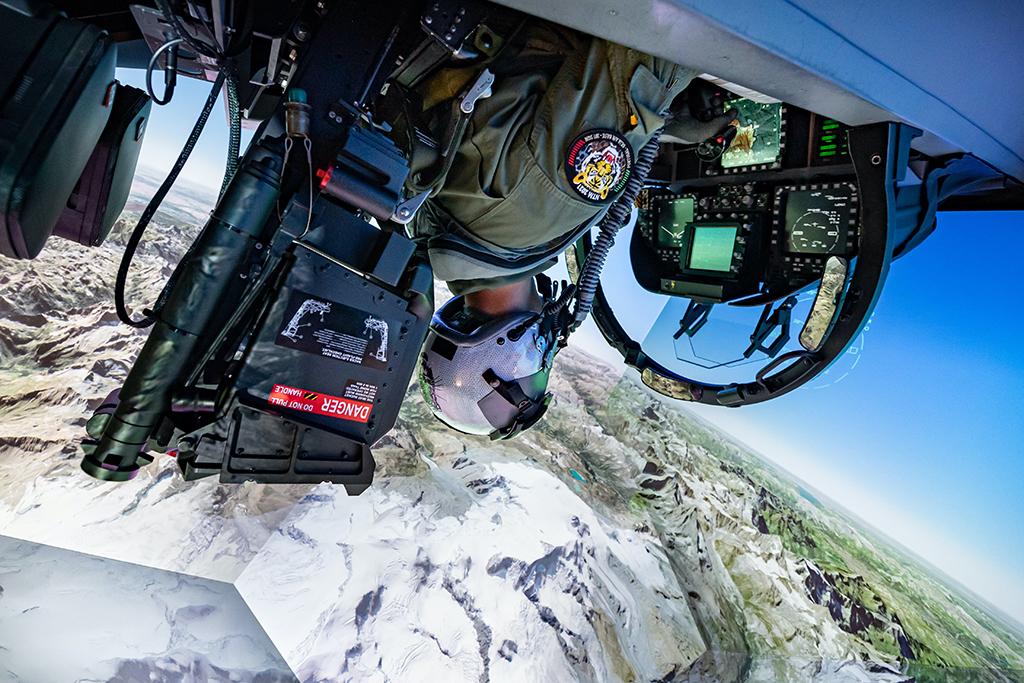 With a comprehensive Life Extension Program, the Swiss Air Force has upgraded its four tactical Boeing F/A-18 simulators for the last stage of their lives until 2030. Here a Hornet pilot maneuvers upside down during a virtual air combat exercise. The visual uses a Swiss topographical database with an impressive resolution of 25 cm. (9.8 in.). 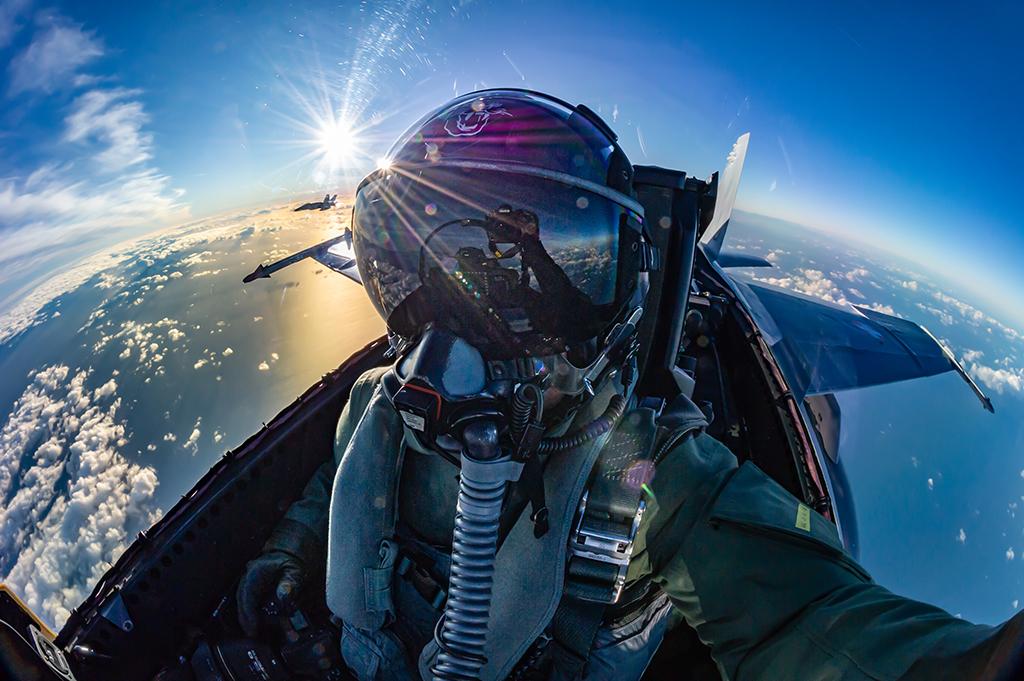 Lt. Col. Aldo Wicki shows how he captures the ultimate selfie while flying his Swiss Air Force F/A-18C over the North Sea. Note the camera’s reflection in his visor. 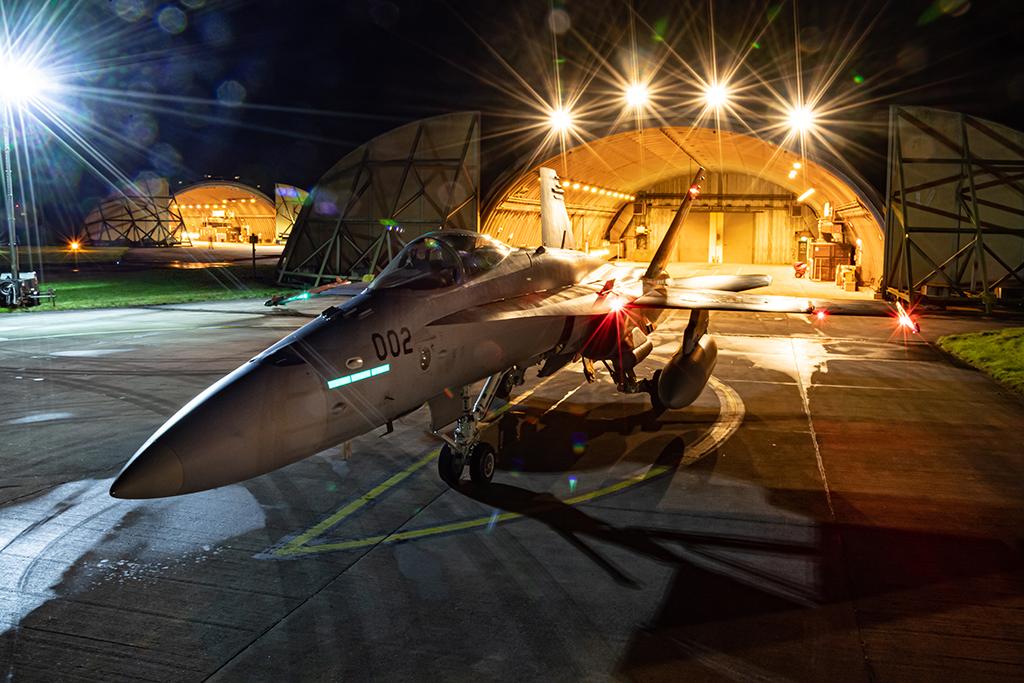 A Swiss Air Force Boeing F/A-18C Hornet is ready for action at RAF Leeming, England, preparing for a night training mission during the annual “Yorknite” night flying exercise in the UK. 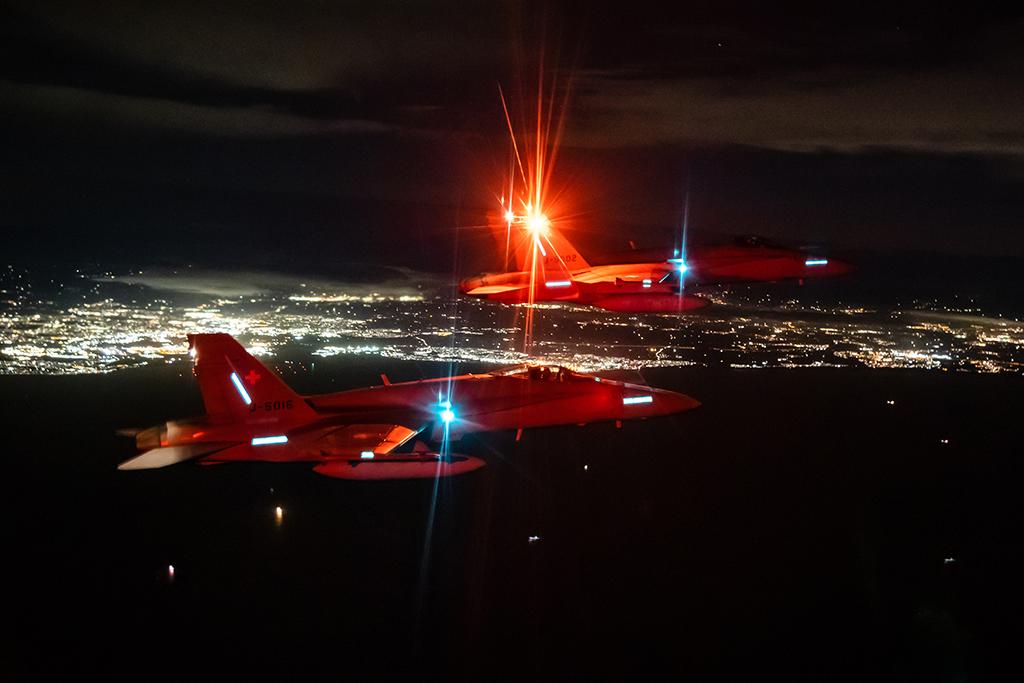 A magical, mystical spell of lights accompanies the two F/A-18C Hornets of the Swiss Air Force during an air combat exercise over the pitch-black North Sea. 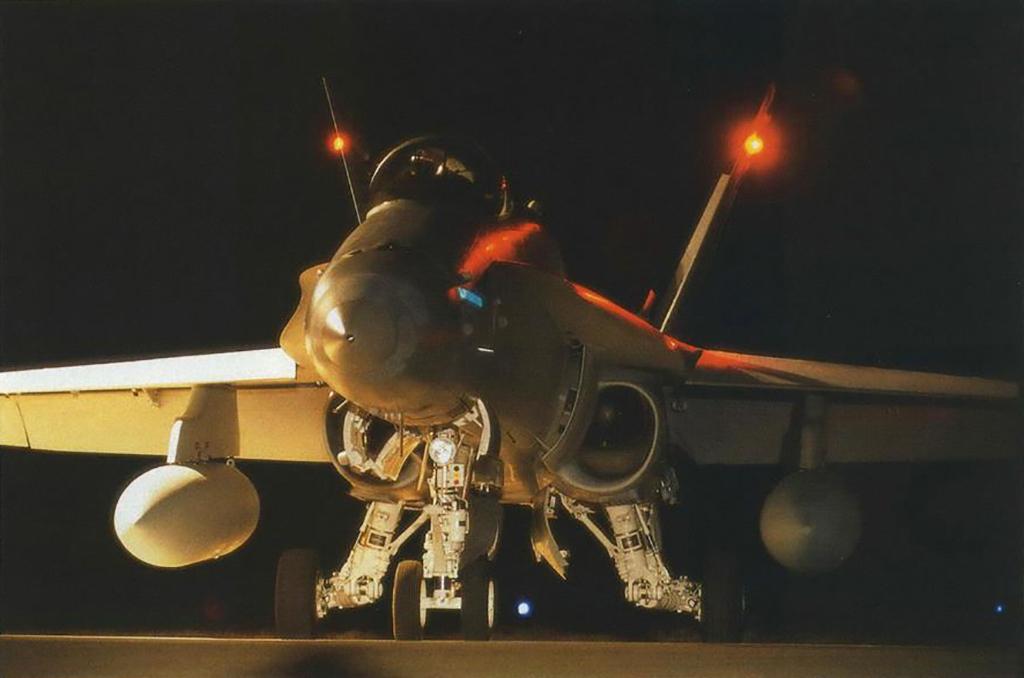 This Swiss Boeing F/A-18C was judged Best of the Best in 2002. It is ready to taxi here during the annual night flying campaign called “Nightway,” held in Norway. 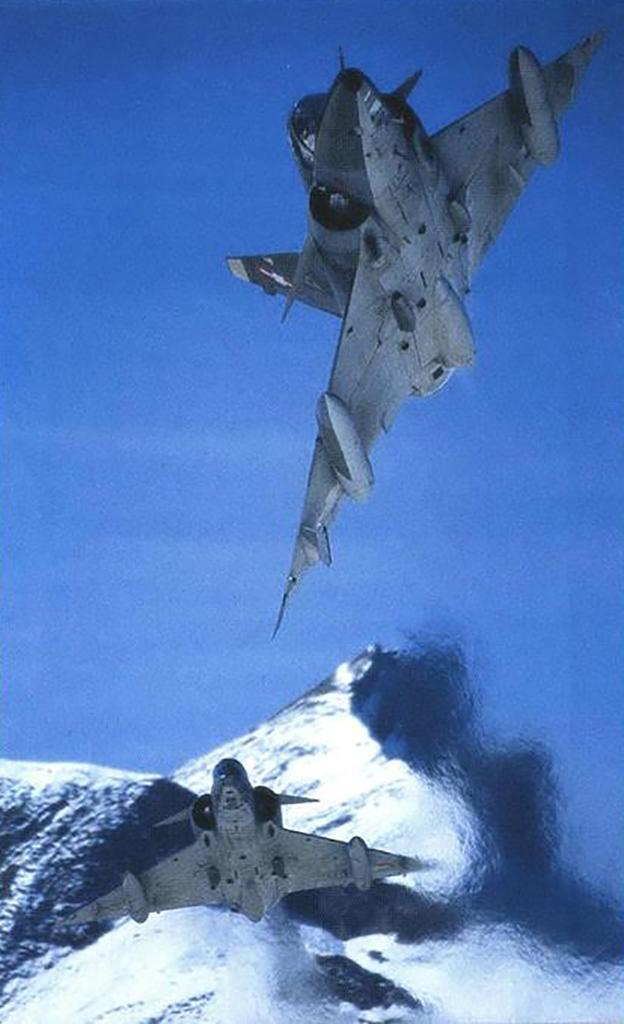 This photo received an honorable mention in 2003. It marked the end of an era for Dassault Mirage III operations in Europe with the Swiss Air Force’s retirement of its Mirage Recce Delta Jets. 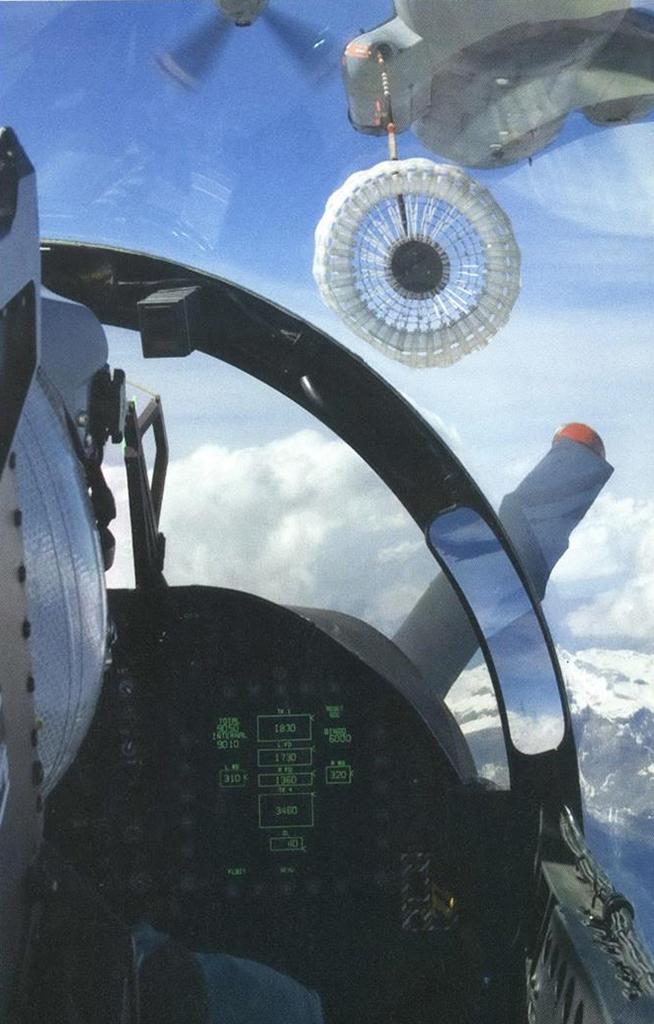 This photo was judged Second Place in the Military category in 2010. Some flights aren’t complete without a good drink: A Swiss Air Force F/A-18D is clear to plug into the refueling basket offered by a Transall C-160 tanker aircraft. 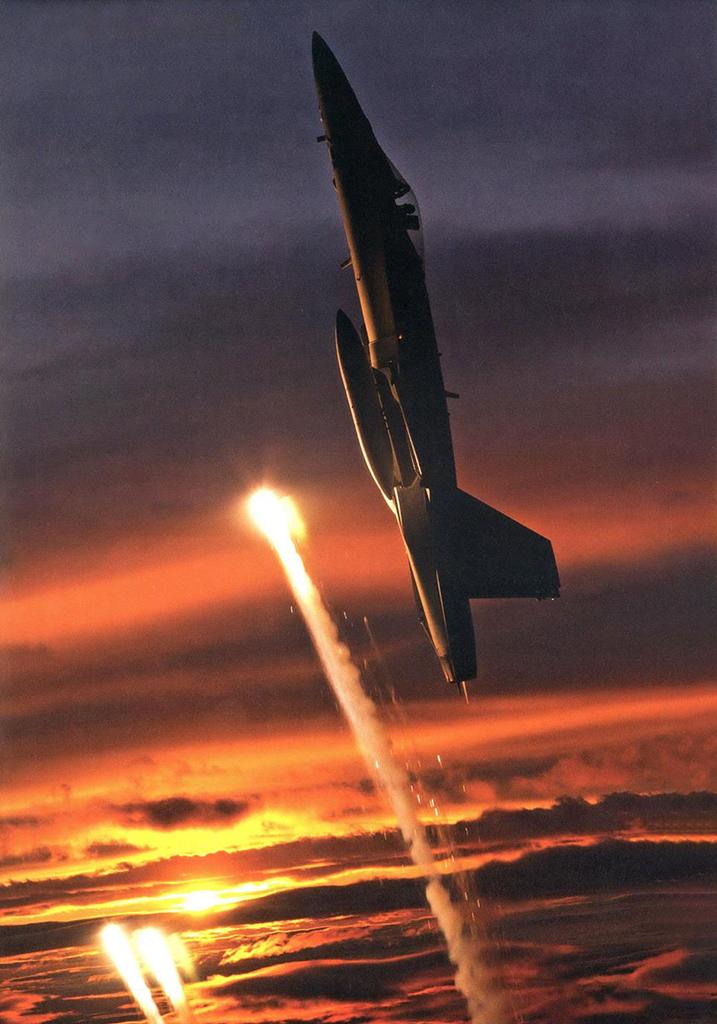 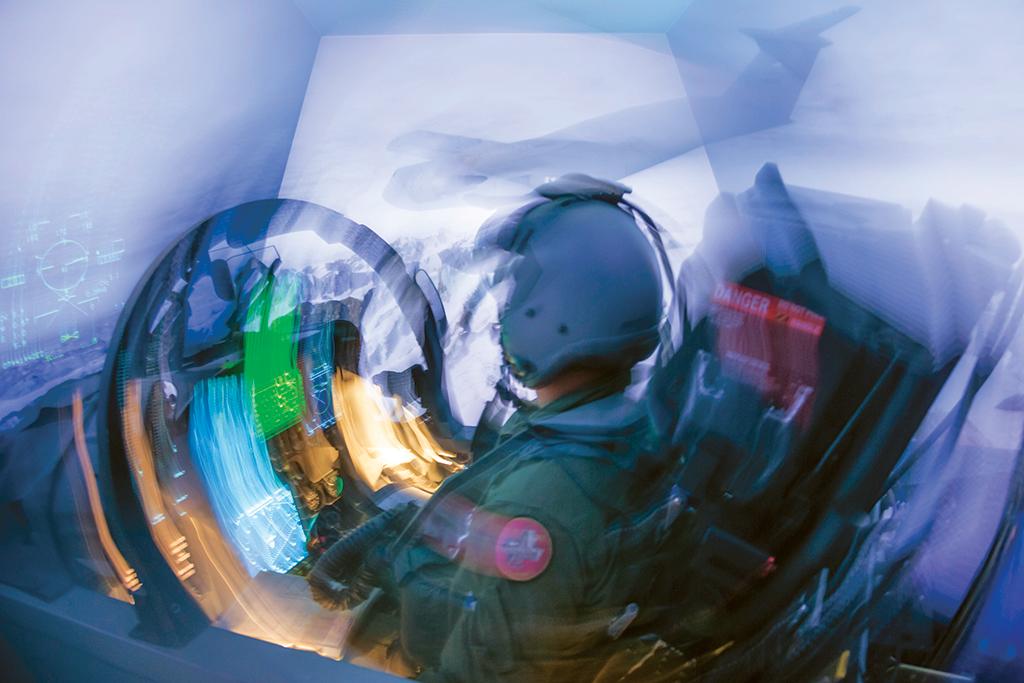 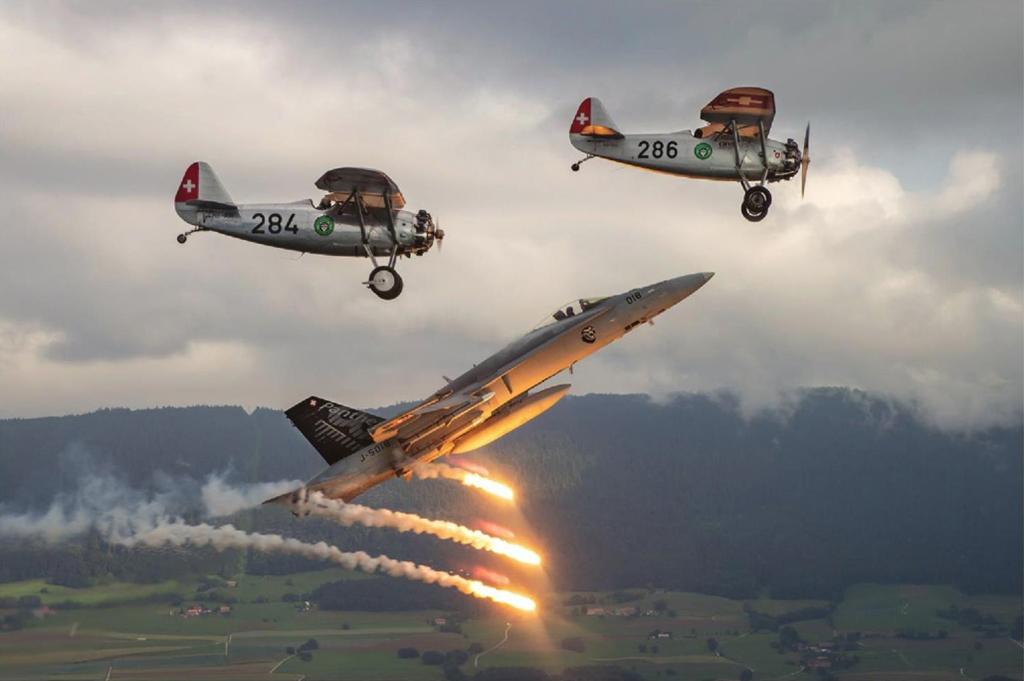 This photo was an Editor’s Pick in the Defense category in 2018. A pair of Dewoitine D.26 fighters and a Boeiing F/A-18C from the Swiss Air Force’s No. 18 Sqdn. perform during the unit’s 90th anniversary celebration.

The Swiss Air Force lieutenant colonel has been shooting great photos longer than he’s been a military pilot, starting with his Best of the Best Photo from 2002.

Wicki submitted several photos this year, which are shown here, along with some of his work that won prizes or honorable mentions in other years.