Michael O. Lavitt, Director of Editorial Content Production for Aviation Week, has extensive experience in both traditional print and new media. He began his career as a reporter with daily newspapers, worked on developing online services in Chicago and New York in the mid-1980s and then joined Aviation Week & Space Technology as a news editor. He held a variety of positions at Aviation Week, including new products editor, and was the founding editor of AviationWeek.com. Mike covered the early part of the TWA 800 probe and was the first journalist to interview the flight attendants who stopped shoe bomber Richard Reid from destroying an American Airlines jet. He played a key role in Aviation Week Network’s transition from a publisher of print magazines and newsletters to a multimedia provider of news, data and analysis. Today Mike is responsible for all phases of editorial production and operations of the Aviation Week Intelligence Network (AWIN), AviationWeek.com and the group’s three magazines and three paid newsletters. 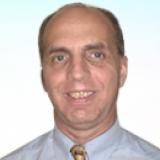