Glimpses of the Next Air Force One in New Documentary 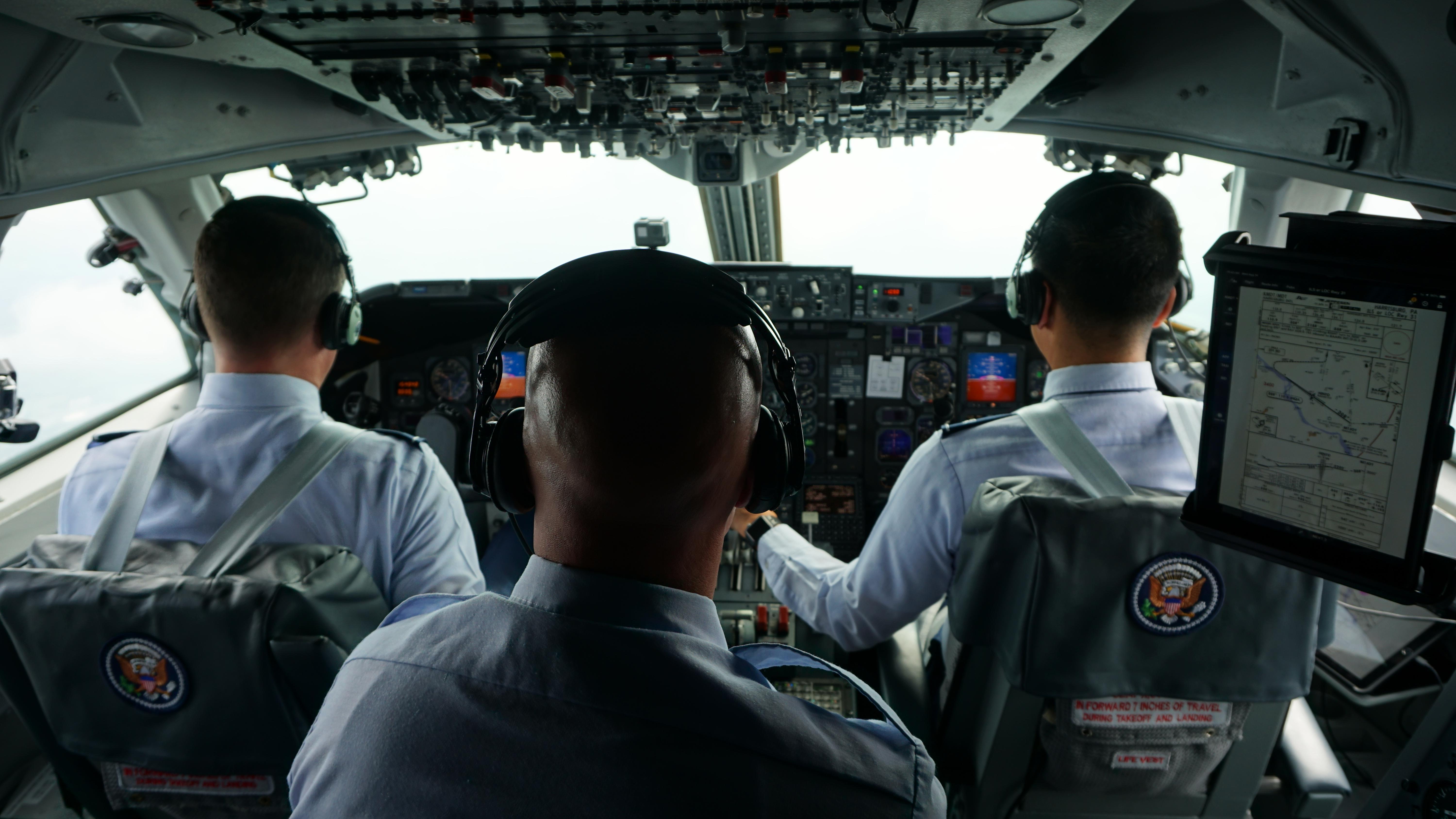 A U.S. Air Force crew, including the pilot, co-pilot and navigator, in the cockpit of a Boeing VC-25A. 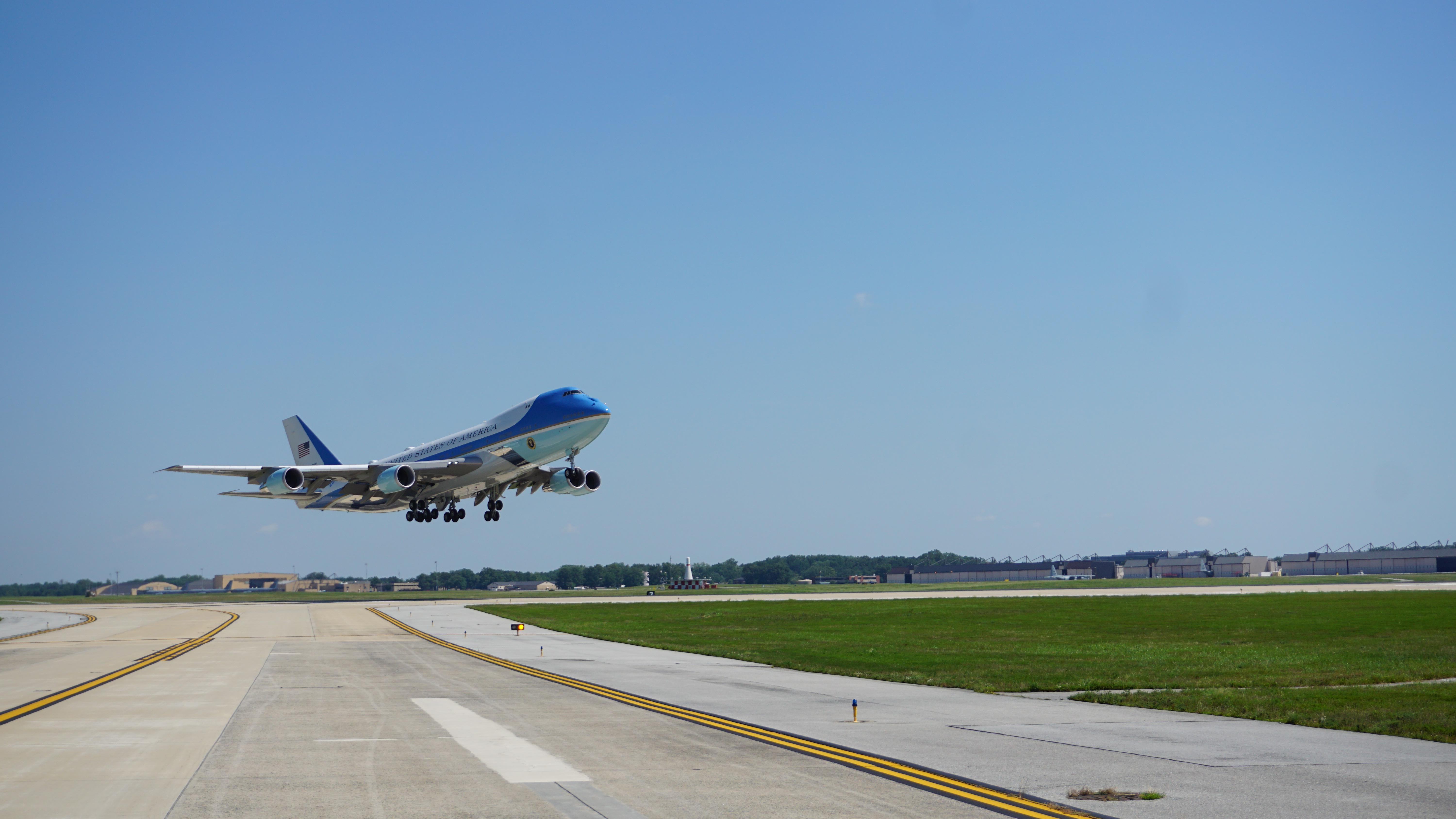 A Boeing VC-25A takes off from Joint Base Andrews-Bolling. 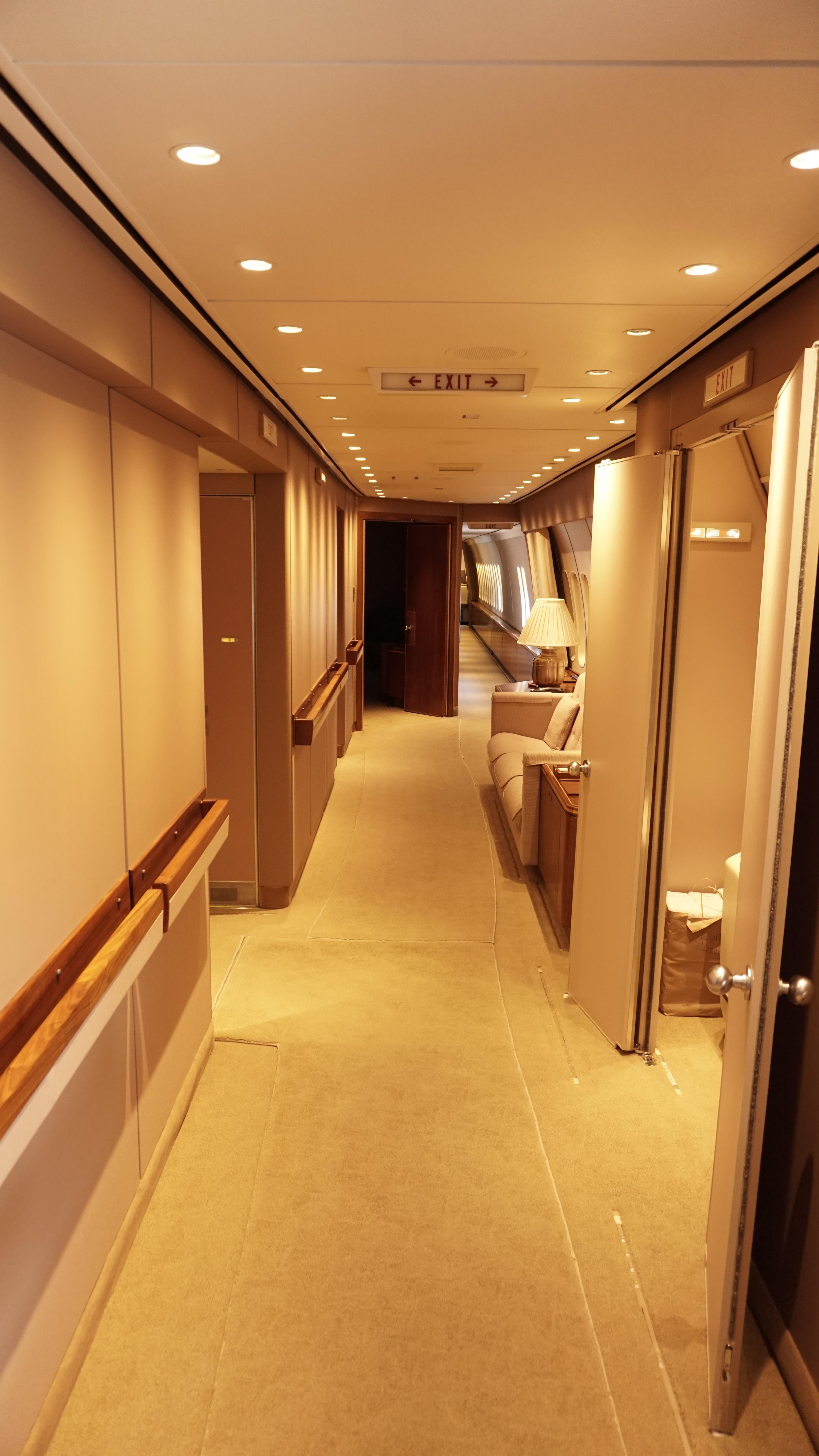 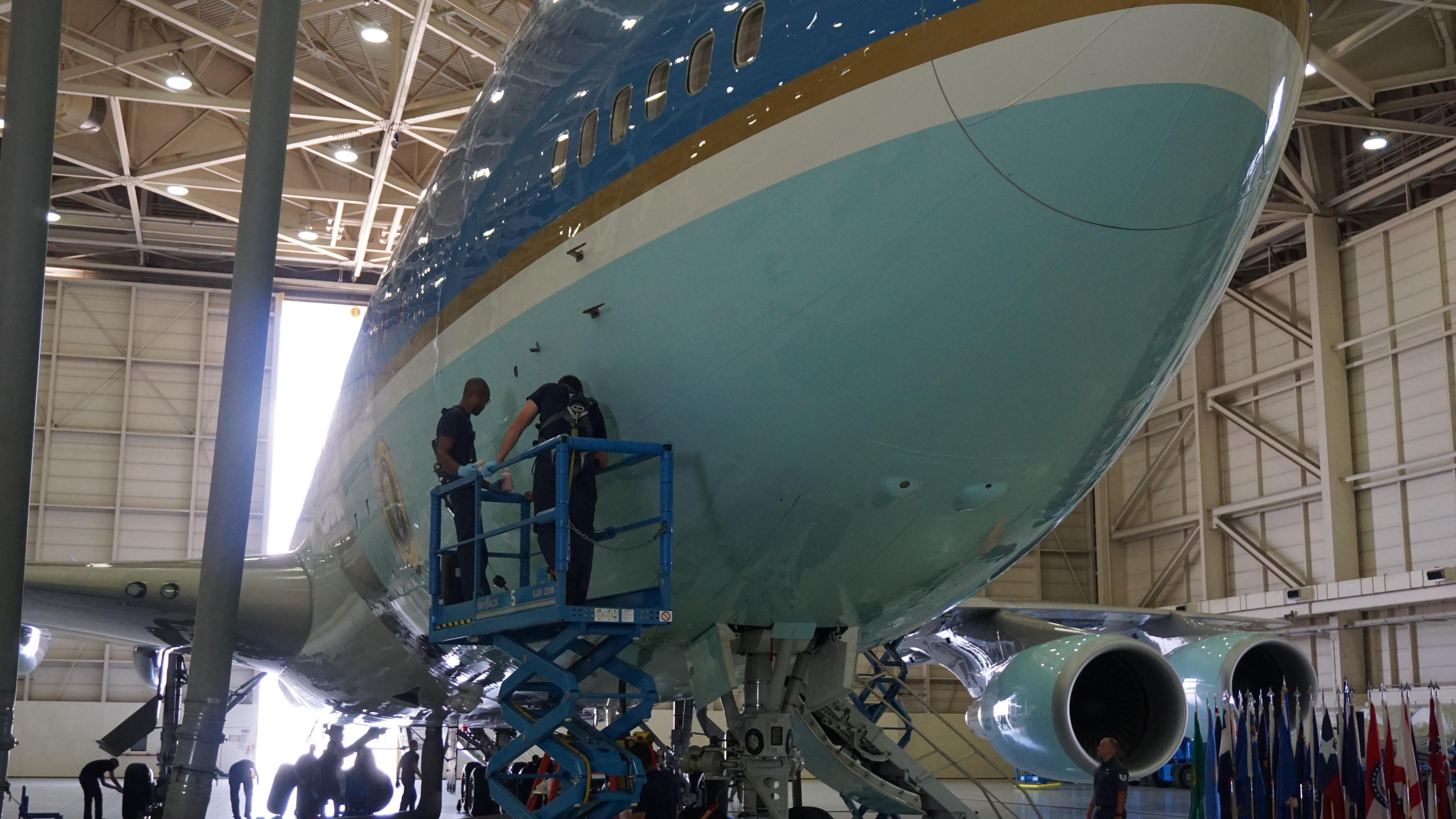 Air Force crew members clean the exterior of a VC-25A. 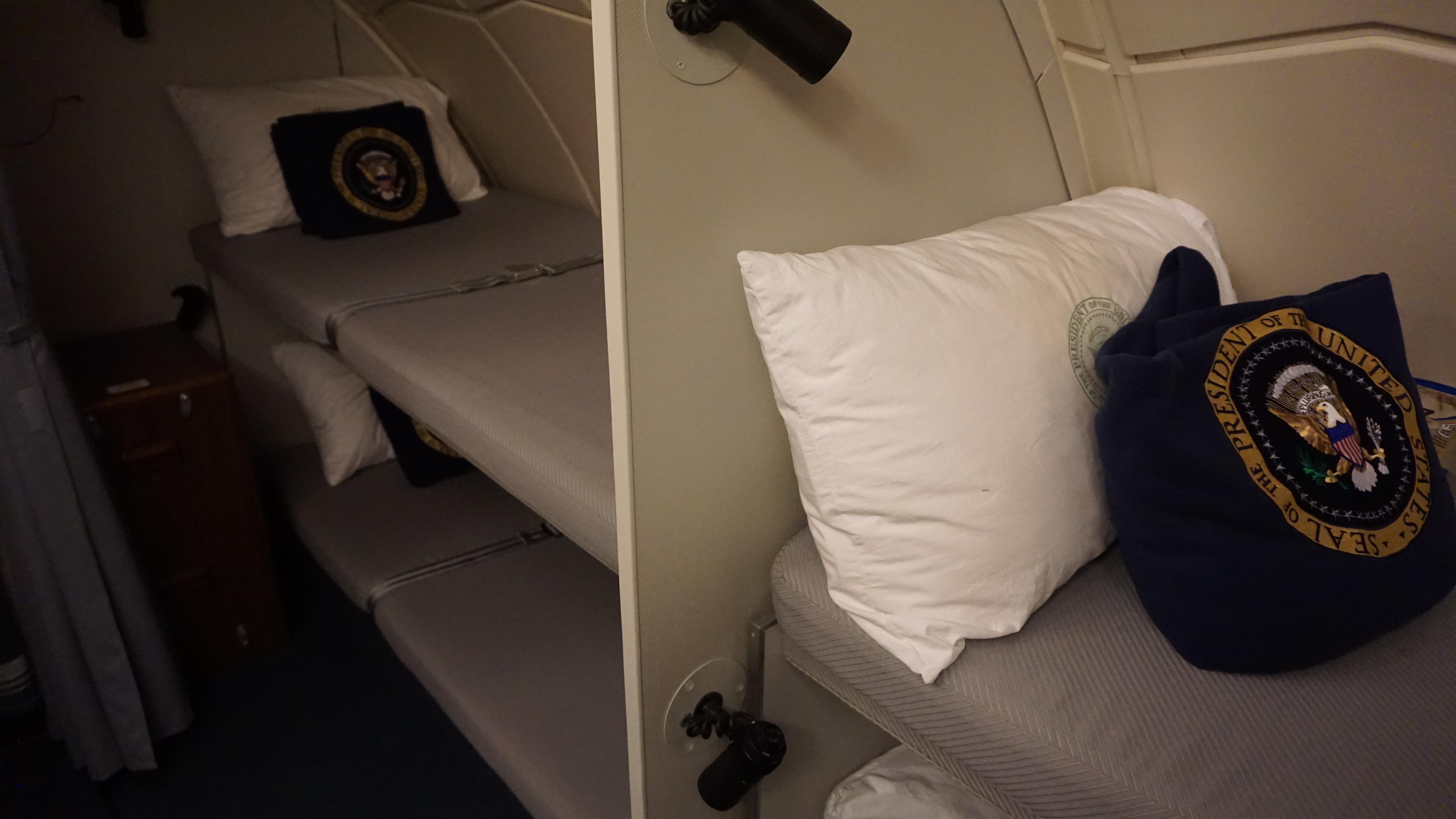 A new documentary includes a scene that shows the crew-rest bunks on the upper-deck of the VC-25A. 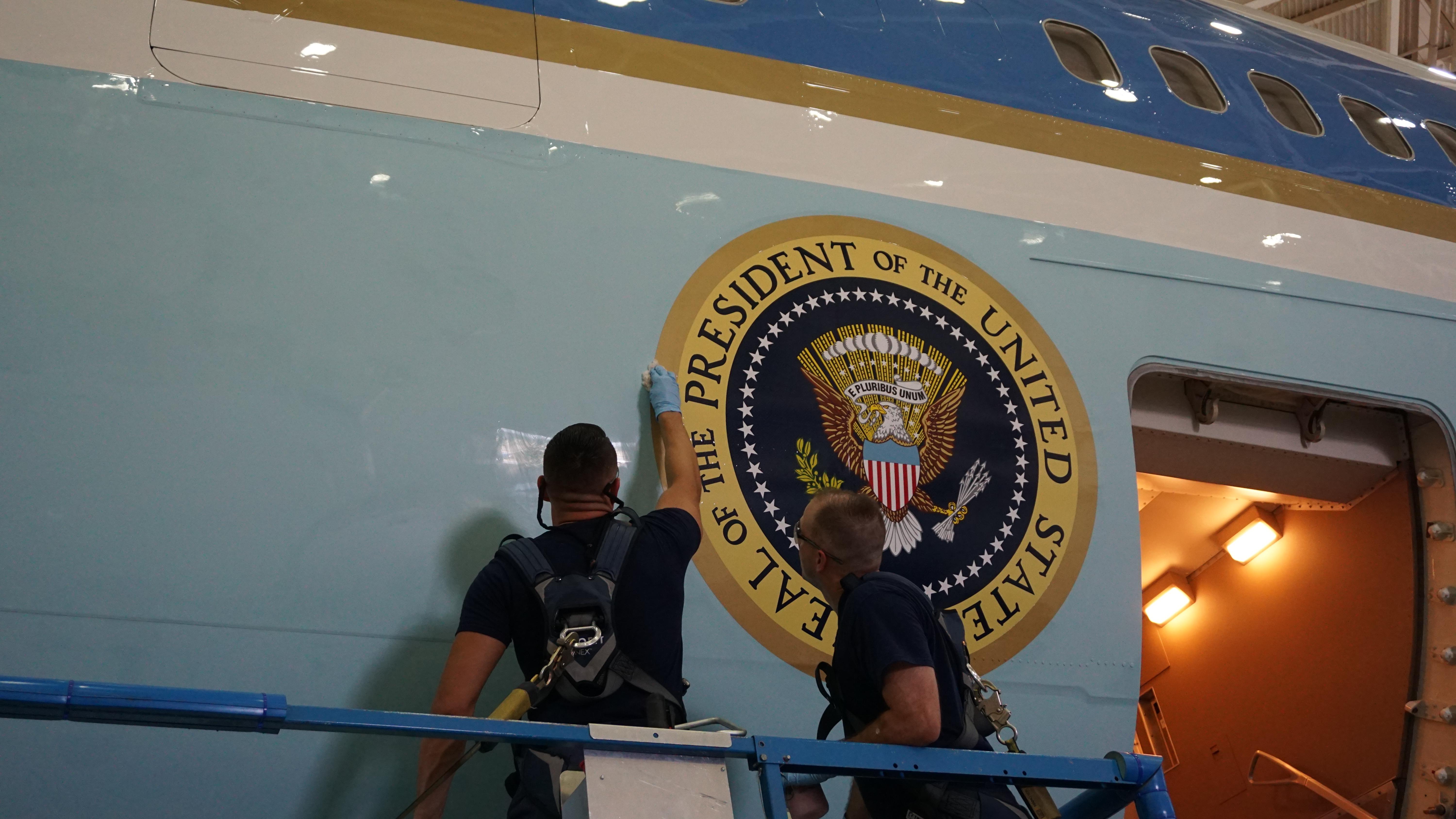 With both Boeing VC-25Bs still months away from entering flight test, a one-hour documentary set to air for the first time in the U.S. on the National Geographic, or NatGeo, channel on Feb. 15 provides an unprecedented glimpse behind the scenes of one of the U.S. Air Force’s most secretive — albeit, still highly-visible — aircraft development programs.

By working contacts in military and diplomatic circles, Scott Bateman, the NatGeo producer and commercial pilot, secured the White House’s blessing for privileged access to the most famous aircraft in the world.

The documentary, “The New Air Force One: Flying Fortress,” includes an exclusive interview last year with then-President Donald Trump on board the VC-25A, a behind-the-scenes tour of the Presidential Airlift Group at Andrews Air Force Base, Maryland and highly rare and privileged access inside the hangar in San Antonio, Texas, where Boeing is modifying two ex-Transaero 747-8s into the next long-range presidential transports.

The sourcing of the 747-8s from a bankrupt Russian airline came after the personal intervention in December 2016 of then-President-elect Donald Trump, who declared the original $5 billion contract with Boeing too expensive. By deleting a requirement for in-flight refueling and switching the aircraft from new-build models to Transaero’s unclaimed white tails, Boeing agreed to deliver both VC-25Bs under a $3.9 billion firm, fixed-price contract.

Converting an airliner into a VVIP aircraft that also happens to serve as a military command center isn’t easy. The last time around in the late-1980s, Boeing lost $400 million on a fixed-price contract converting two new 747-200s into the VC-25As now flying. This time, Boeing is already reported a $168 million financial charge on the VC-25B program, with four years left to complete the contract as scheduled.

The new documentary helps explain why such a program is so challenging. Simply to install new exterior doors for VVIP entrances and access to self-defense equipment, Boeing commissioned a massive, one-off tooling jig. As the cameras roll, Boeing’s workers use the jig to establish a virtual, zero-gravity environment for the 747-8s, allowing crews to remove significant structural members of the aircraft without forcing the other frames in the 350,000-lb. fuselage into a distorting twist.

The film crew also visually documents the complexity imposed by adapting the Air Force’s Yankee-White security protocols reserved for Air Force One on a modification job for a commercial aircraft.

For the Air Force, the documentary offered a chance to preview concepts for a dramatic re-stylizing of the VC-25 fleet’s interiors. If the concepts shown in the film are adopted, say good-bye to beige leather upholstery, wood-paneled furnishings and warm, natural colors. It’s possible President Joe Biden’s White House may have the final say, but the new concepts shown in the documentary reveal a stark difference, with sleek modern furnishings set amidst a color pallet of whites, grays and blacks.

Boeing is scheduled to deliver the first VC-25B to the Air Force’s development test community by the end of the year. If all goes well, both new VC-25Bs are expected to be in-service in four years.

While we wait, this new documentary provides a detailed sneak-peek at the next presidential transports.

The question is, why do we spend so many billions on is not ever happened?

Equally, only dictators are irreplaceable. Why do we have a VP and a line of succession?

Billions on AF1, Billions on V-92, hundreds of millions if not billions for V-22 and other aircraft for conveyance.

Either our democracy is rebuts enough to loose a president or its not.

We have real needs not everyone gets their oar in the water and we have to cover this, that and the other thing.

Known as The Council of our Fears. Its gotten to insane levels.