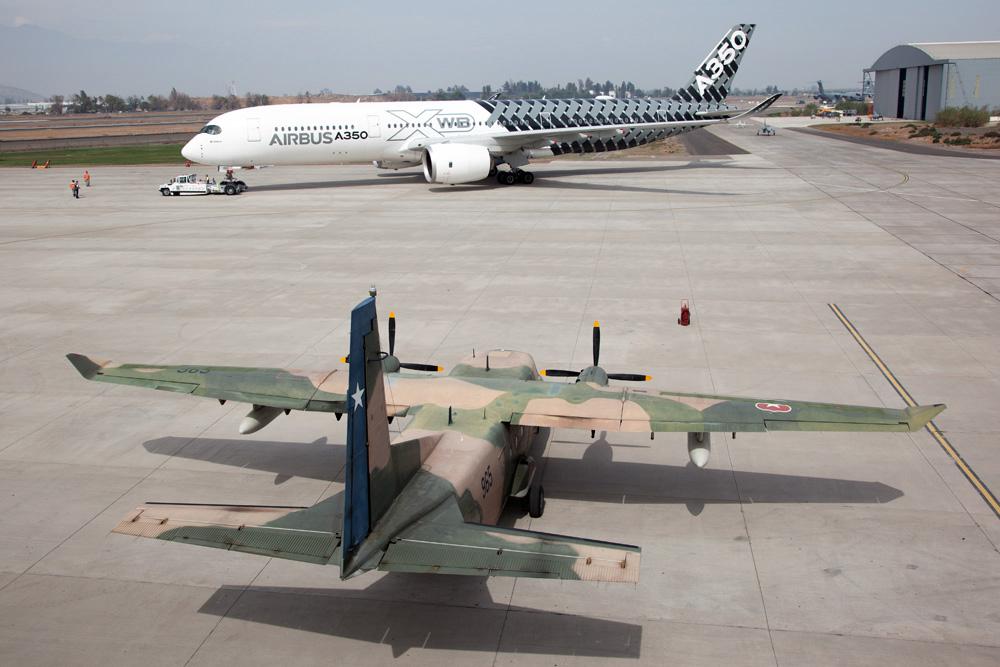 Airbus had a significant presence at this year’s show with the public airshow debut of the A350 widebody airliner in Latin America. The aircraft has just entered revenue service with Brazil’s TAM Airlines. Airbus also borrowed from the Colombian air force a C295 twin-turboprop transport aircraft, which it featured in the static display. The Chilean air force has a need for a medium transport in the class of the C295 or the Finmeccanica C-27J Spartan in the coming years. 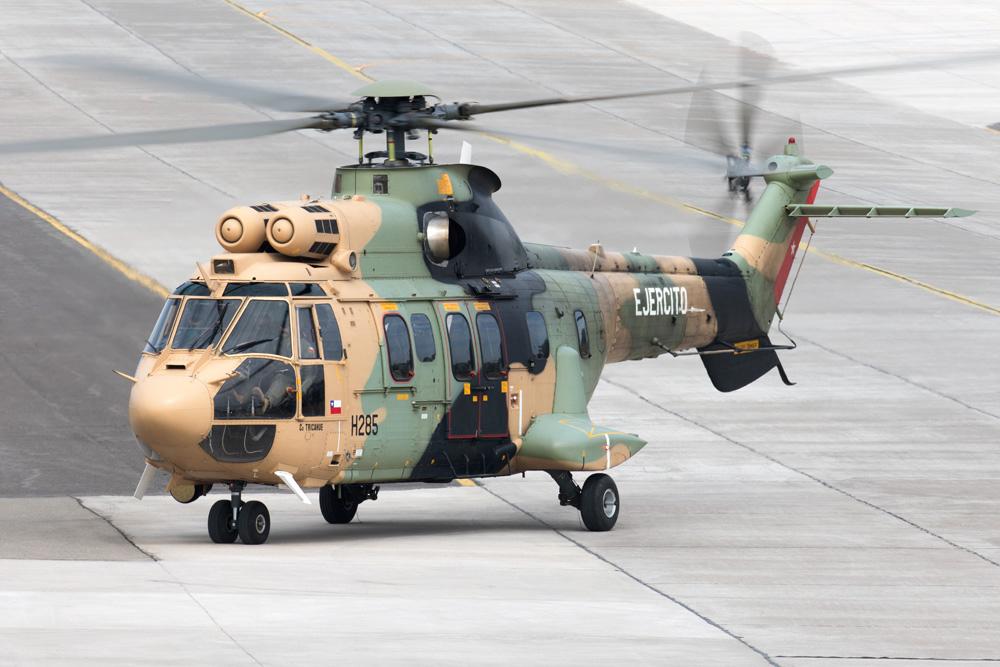 The Chilean air force is currently looking at a new fleet of about six medium helicopters to support search-and-rescue and humanitarian operations. It currently operates a single Sikorsky UH-60 Black Hawk in this size category, and is studying options to expand that fleet as well as looking at Airbus’s H215 Super Puma/Cougar (shown), the Mil Mi-17 and the Korean Aerospace Industries Surion. The Chilean army and navy also operate the Cougar. 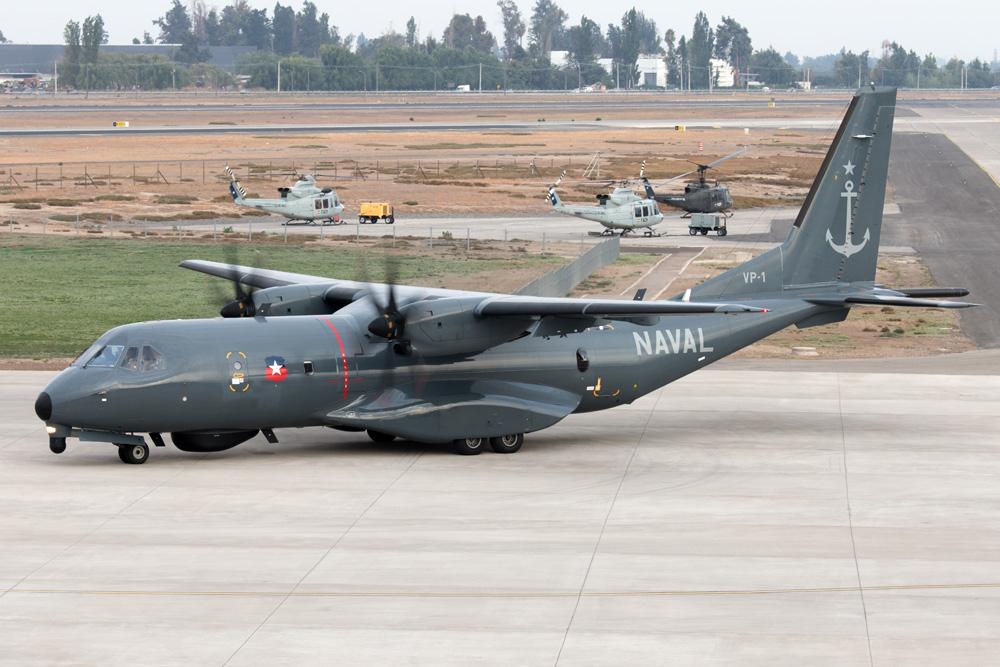 The Chilean navy rarely attends the Fidae Airshow so its attendance at this year’s event, with four aircraft, surprised many observers. Its C295 Persuader maritime patrol aircraft was the star attraction. The navy operates three Persuaders, alongside a pair Lockheed P-3 Orions. 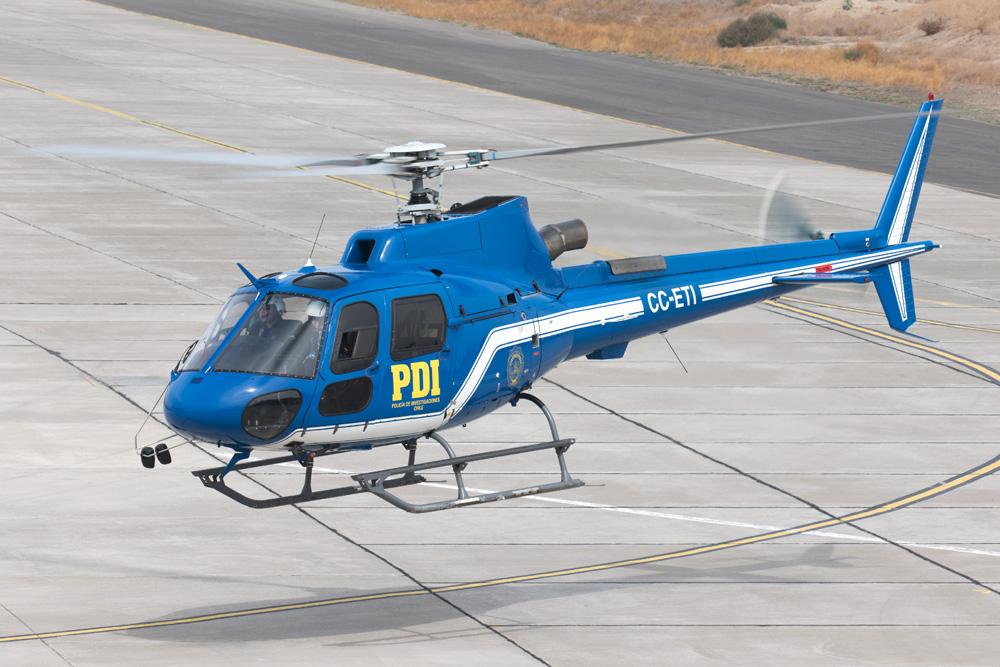 The Policia de Investigaciones de Chile (PDI) or Investigations Police of Chile is one of two law enforcement agencies in the country operating helicopters. The other is the Carabineros. This Airbus H125/AS350 B3 is a regular attendee at the Fidae show and flies in the colors of the PDI. The PDI investigates major crimes as well as handling frontier control and immigration matters. 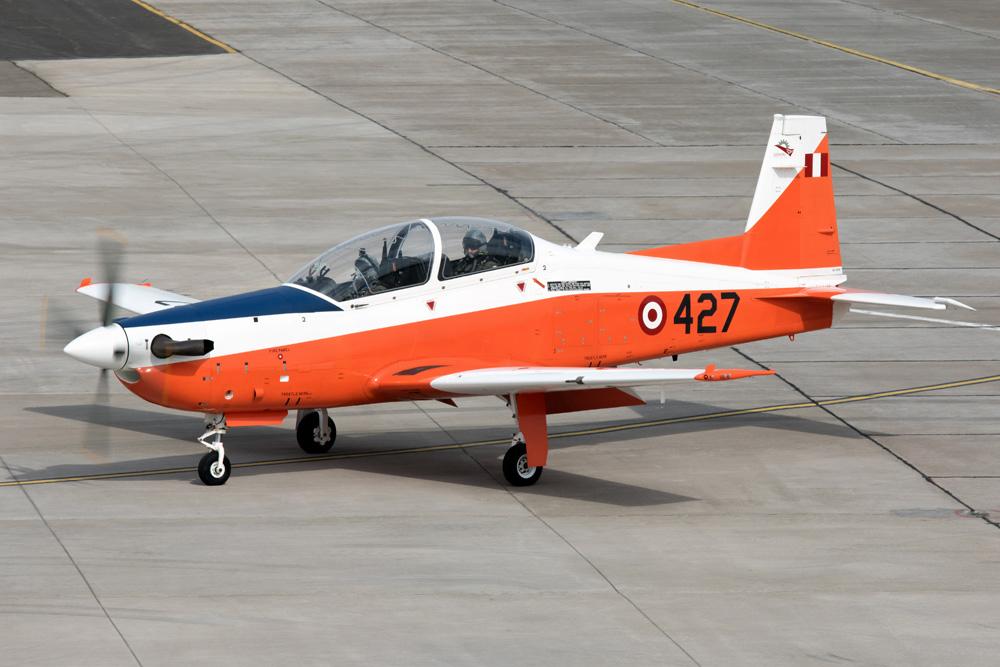 The Peruvian air force made a welcome return to Fidae participation after a 20-year absence, bringing a pair of locally produced Korean Aerospace Industries KT-1P Torito (Little Bull) training and counterinsurgency aircraft that are being assembled in Peru by Seman Peru, a state-owned MRO organization. The purchase represents Peru’s first forays into procurement offsets. The air force uses the aircraft for advanced training, but they will also cover counterinsurgency missions and will be the first KT-1s able to drop bombs. South Korean examples can currently fire unguided rockets and guns, the Peruvian pilots said. 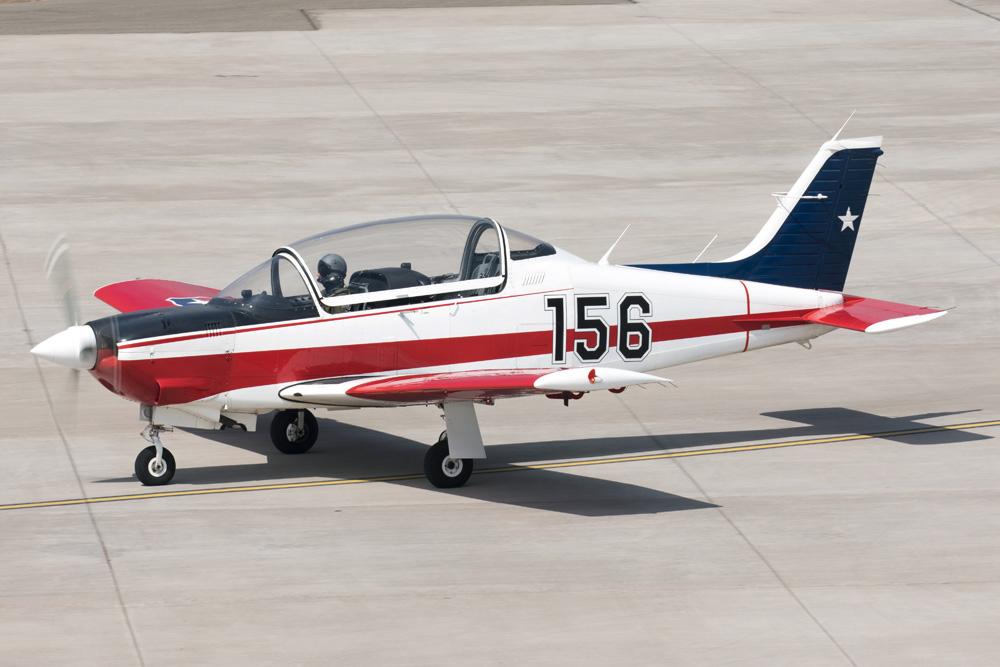 Despite the T-35 Pilan piston engine trainer's making its first flight in the early 1980s, the Chilean air force never performed an aerobatic display at Fidae with the locally produced aircraft until this year. The Pilan, designed by local manufacturer Enaer, is widely used for basic training across Latin America and was also adopted by the Spanish air force. 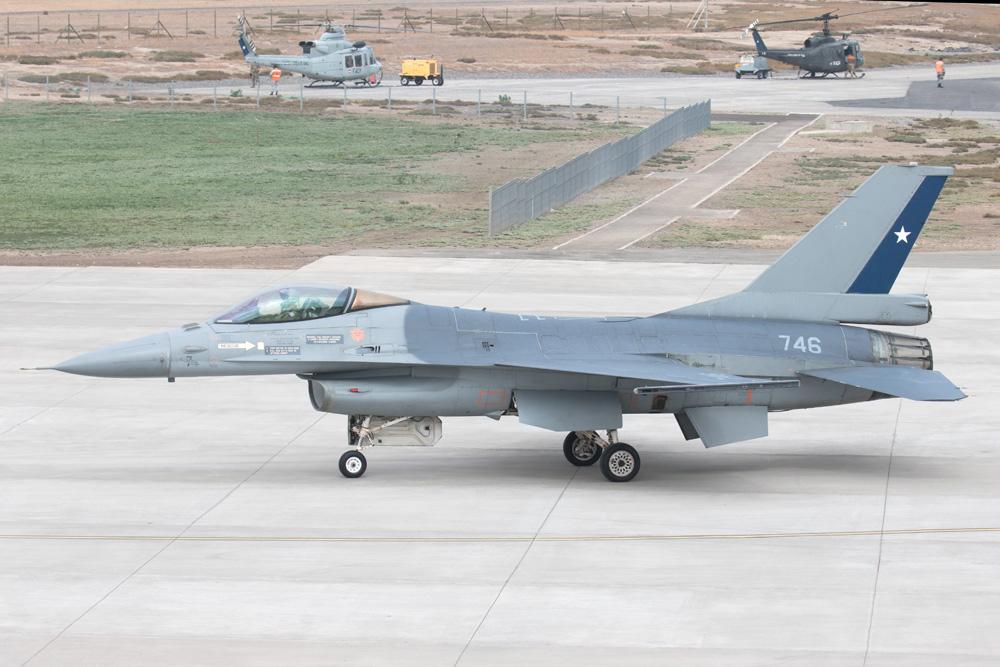 Chile is the largest operator of the F-16 Fighting Falcon in Latin America with 46 aircraft. The type is currently flown in two versions. Ten are modern Block 50 F-16C/Ds purchased directly from the U.S. as part of the Peace Puma program; the remaining 36 are Block 15 F-16A/Bs fitted with the Mid-Life Update (MLU) and purchased in two batches from the Netherlands. To arm them, Chile is the only Latin American country allowed to purchase the AIM-120 advanced medium-range air-to-air (Amraam) missile. 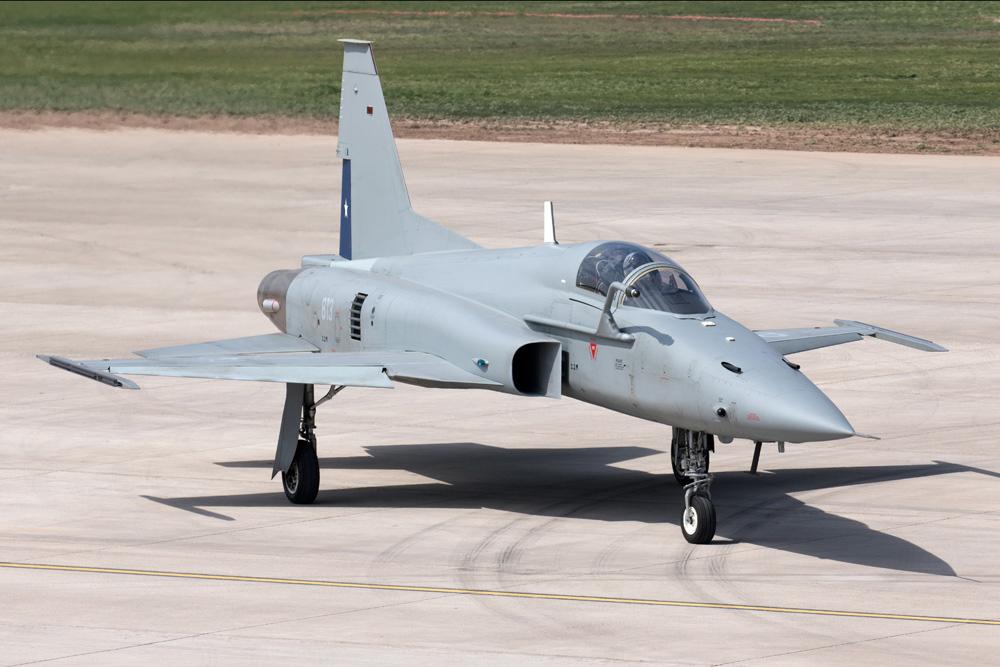 Chile will mark 40 years of operations with the Northrop F-5 Tiger in July, and there is no sign of a replacement for the type anytime soon. The fighters are stationed in the very south of Chile at Punta Arenas and have been upgraded with new radars enabling them to fire Israeli air-to-air missiles. 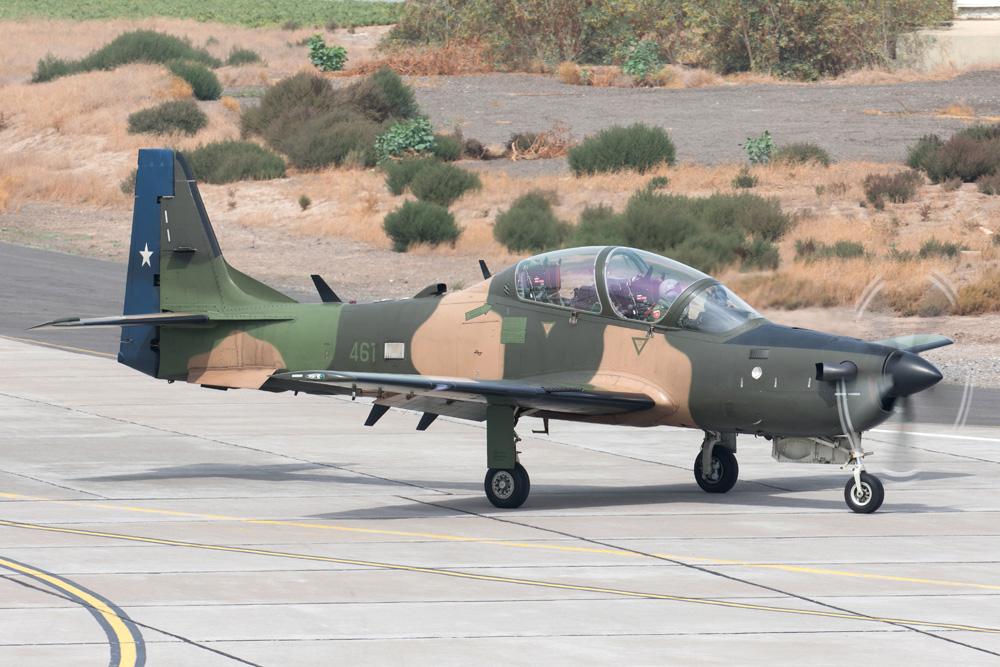 Chile’s Embraer Super Tucanos, ordered in 2008, are among the air arm’s most recent purchases. The aircraft are primarily used for advanced training. They flew displays each day during Fidae. 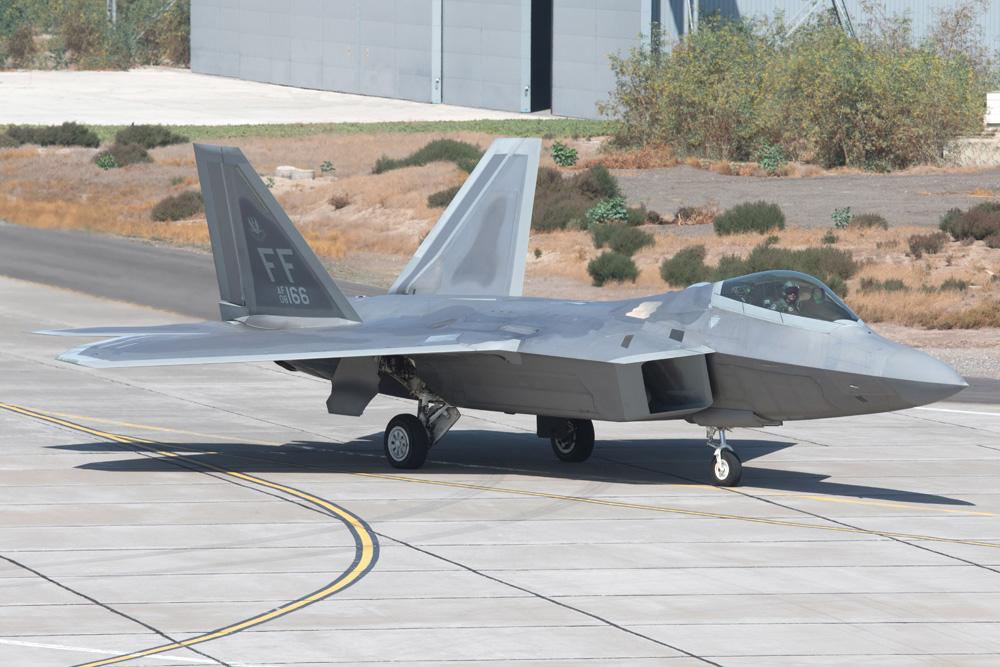 Generating much excitement was the U.S. Air Force F-22 Raptor Demonstration Team's return to Chile after their debut at the 2010 show. The USAF has long been a strong supporter of Fidae, and the U.S. contingent for this year’s show was one of the largest in recent years. It included two C-130s, a C-17 and a KC-10 as well as the two F-22s. One of the C-130s transported an MQ-1 Predator unmanned air vehicle in its belly, which was assembled and put on static display. 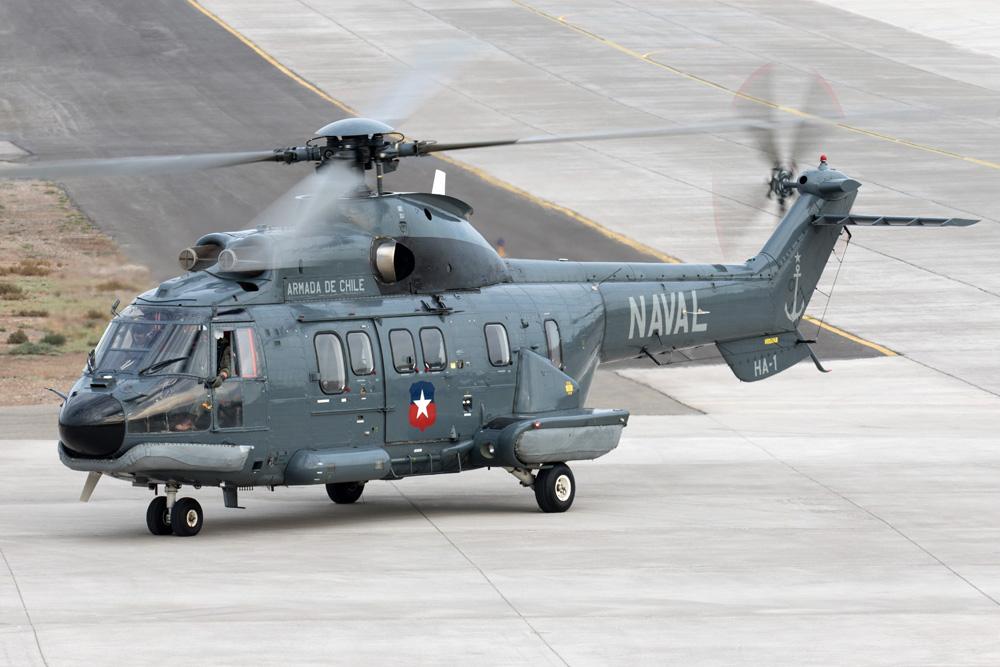 The Chilean navy also operates the Super Puma/Cougar, although this example was sourced from oil and gas operator CHC and is used for the utility mission. Others are armed with the Exocet antiship missile.

Fidae, Latin America’s largest aviation showcase, is held every other year in Santiago, Chile. It is run by the Chilean air force, which converts hangars into exhibition centers while apron space previously dominated by transport aircraft and helicopters is handed over to fighters, bizjets and airliners from across the world. This year’s show, March 29-April 3, enjoyed a significant contribution from the U.S. Air Force, which brought the F-22 Raptor to participate in the flying display, and included the Peruvian air force for the first time since 1994.