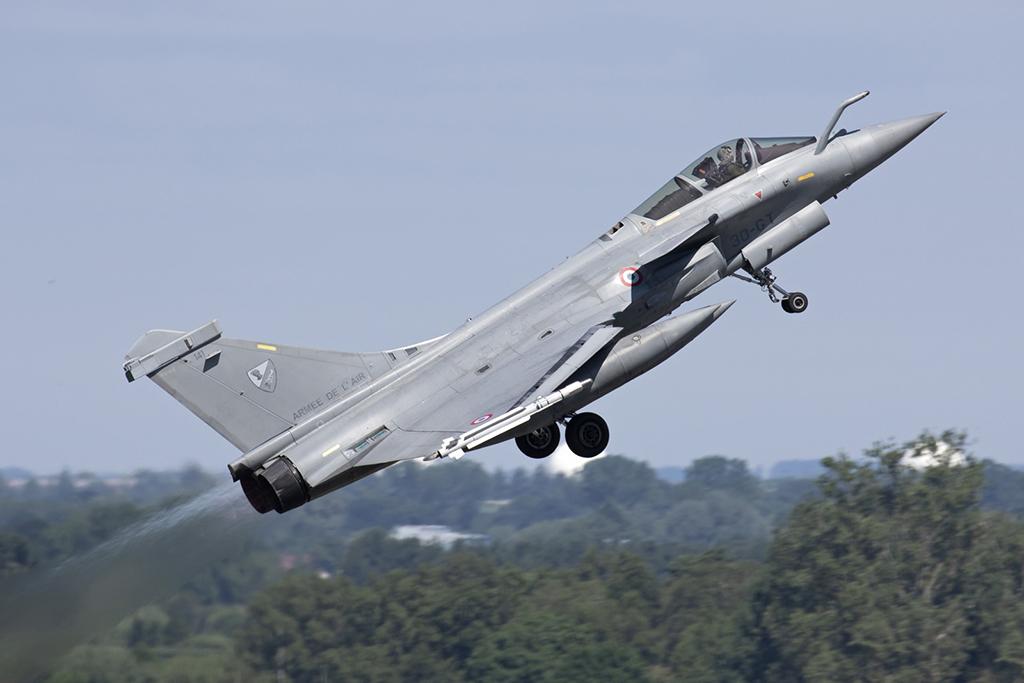 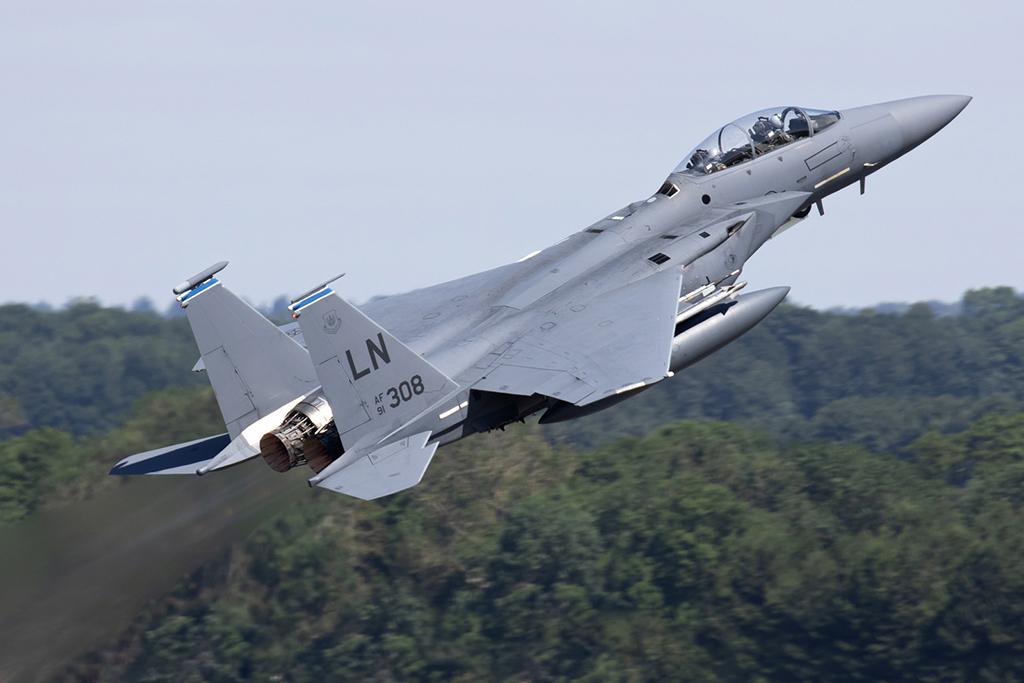 RAF Lakenheath is home to two squadrons flying the F-15E Strike Eagle and a single unit flying the F-15C/D. These will be complemented from 2021 with the arrival of two squadrons of F-35As, preparation work for which is now underway. The Strike Eagles performed a range of roles during Point Blank 19-2, carrying out strike and counterair roles but also acting as the aggressor. The red forces were equipped with 14 of the 48 aircraft participating in the exercise and were also able to “regenerate” if shot down, making the aggressor force considerably larger. 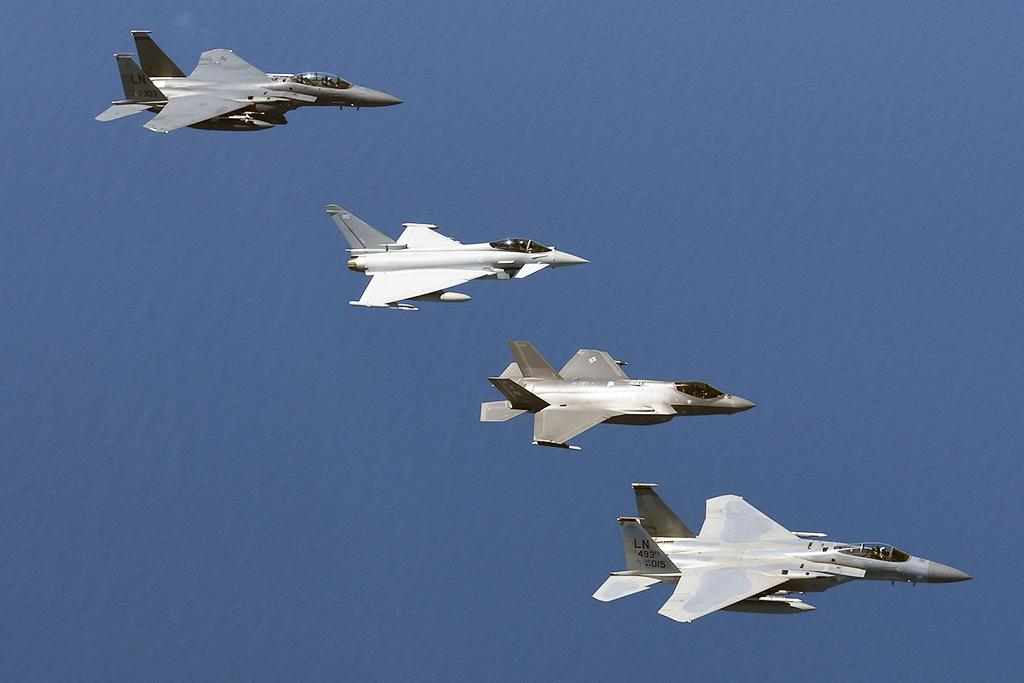 The Point Blank exercises are benefiting from larger airspace allocations than in the past, Watkins says, reflecting the capabilities of modern aircraft, but also the need to operate over both land and water. This is despite the increased air traffic around the UK during the summer months. The air forces choose to train these large missions locally in the UK, as it reduces the disruption to their training programs associated with deployments to other airbases. As a result, the air forces—with the exception of the French—can operate from their home bases, the crews only coming together for large-scale briefings the day before, either face-to-face or through teleconferencing. 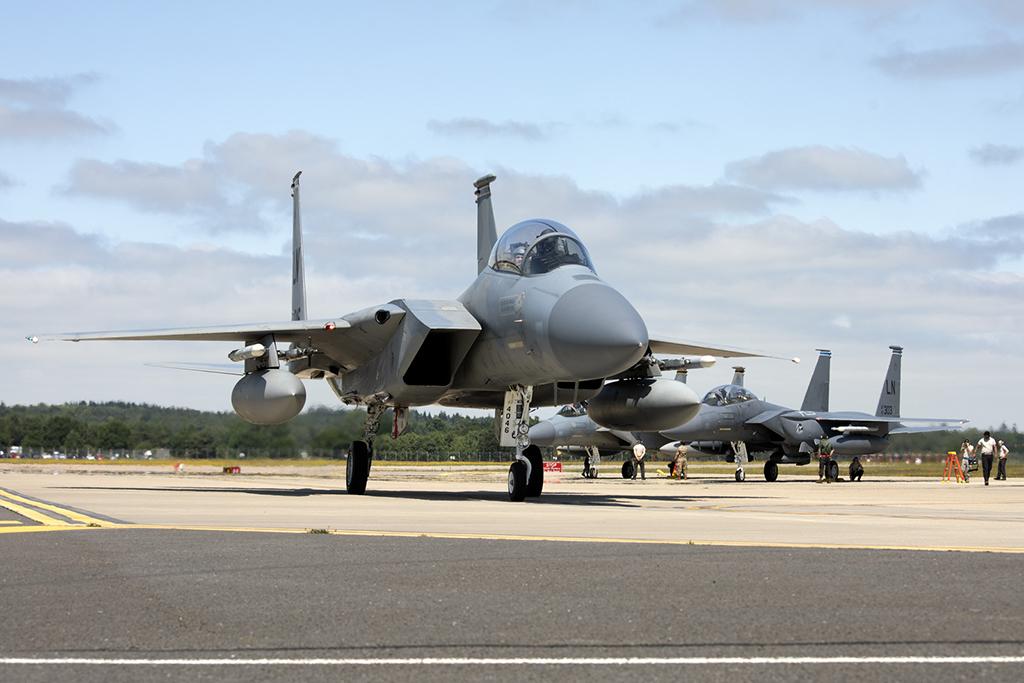 Some of RAF Lakenheath’s Eagles played the adversaries in this edition of Point Blank, posing as advanced threats and backed up by simulated ground-based air defense systems. The red-air mission commander has been given an outline of the blue air team’s training objectives so that they can react to the blue forces, in a bid to make the exercise as realistic as possible. This year’s exercise saw the blue force tackle an “advanced aerial threat . . . and take out some strategic targets,” says Watkins. 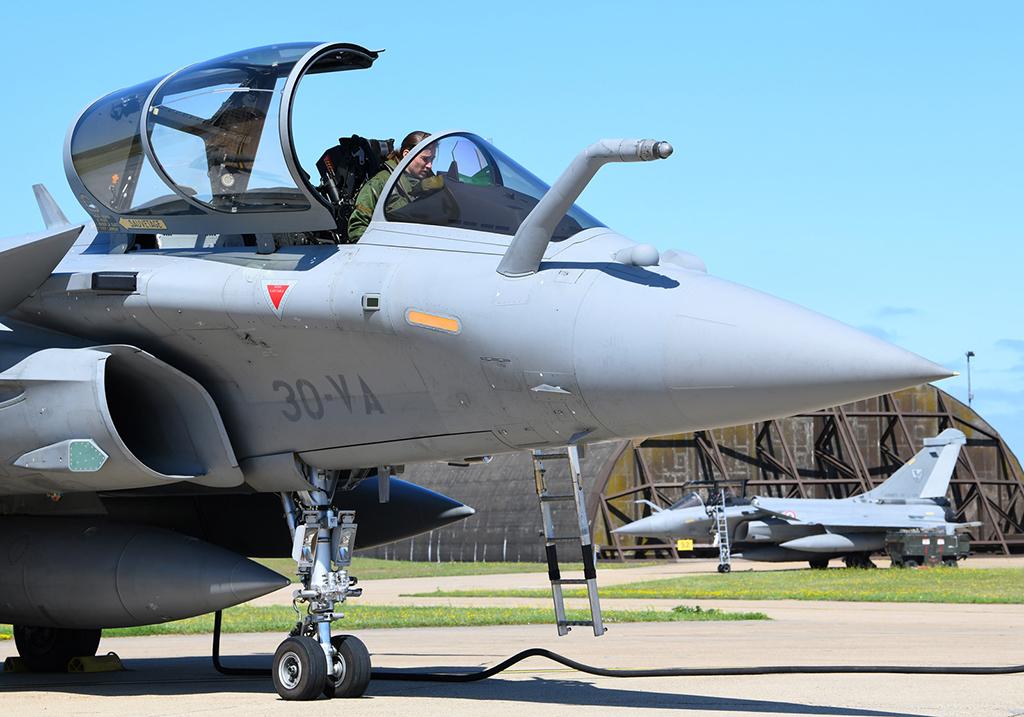 The French Air Force has built closer ties with its U.S. counterparts in recent years, particularly with the two nations working closely in Africa and in the Middle East. The Point Blank exercises are designed to benefit national training interests and build understanding of national capabilities and technologies, with the British Royal Air Force using their F-35Bs during one of the 2018 editions of the exercise at the end of last year. 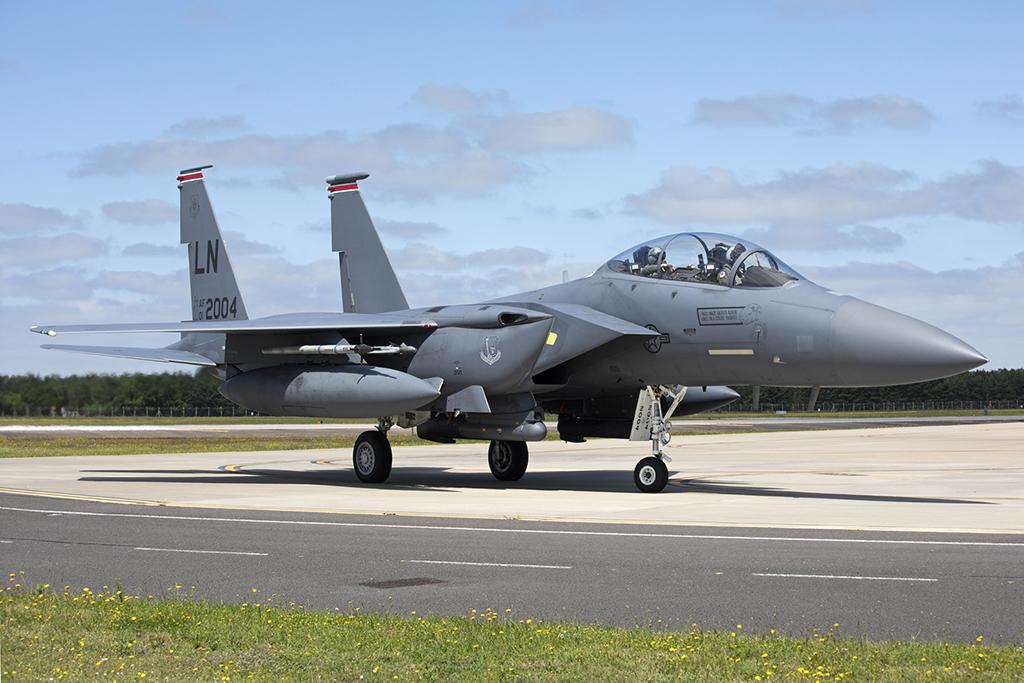 Lakenheath’s Eagle squadrons have some of the highest operational tempos of the F-15 squadrons in the U.S. Air Force, with aircraft routinely deploying for operations or training overseas. During Aviation Week’s visit several Strike Eagles were deployed to Konya, Turkey, to support Exercise Anatolian Eagle while other squadrons have personnel and aircraft in the Middle East.

British, French and U.S. combat aircraft worked together in the skies over the UK on June 27, as part of the trilateral Point Blank series of exercises that have bought together fourth- and fifth-generation fighters to tackle complex training objectives. London Bureau Chief Tony Osborne visited RAF Lakenheath, England, to watch the launch.