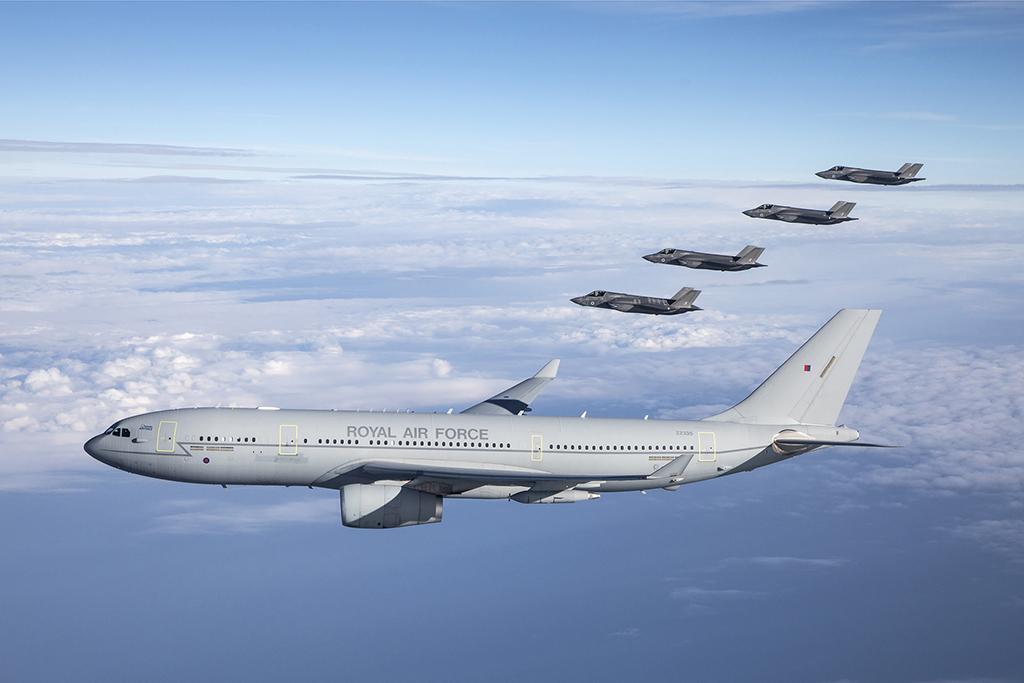 The four F-35Bs were escorted across the Atlantic by two of the RAF’s heavyweight Airbus A330 Voyager multirole tanker transports. During the 8.5-hr. flight, each F-35 refueled nine times, to keep their tanks topped up in case of the need to divert. The jets had been expected to cross the Atlantic on June 5, but storms in the North Atlantic prompted planners to delay the departure by 24 hr. due to concerns about sea state. 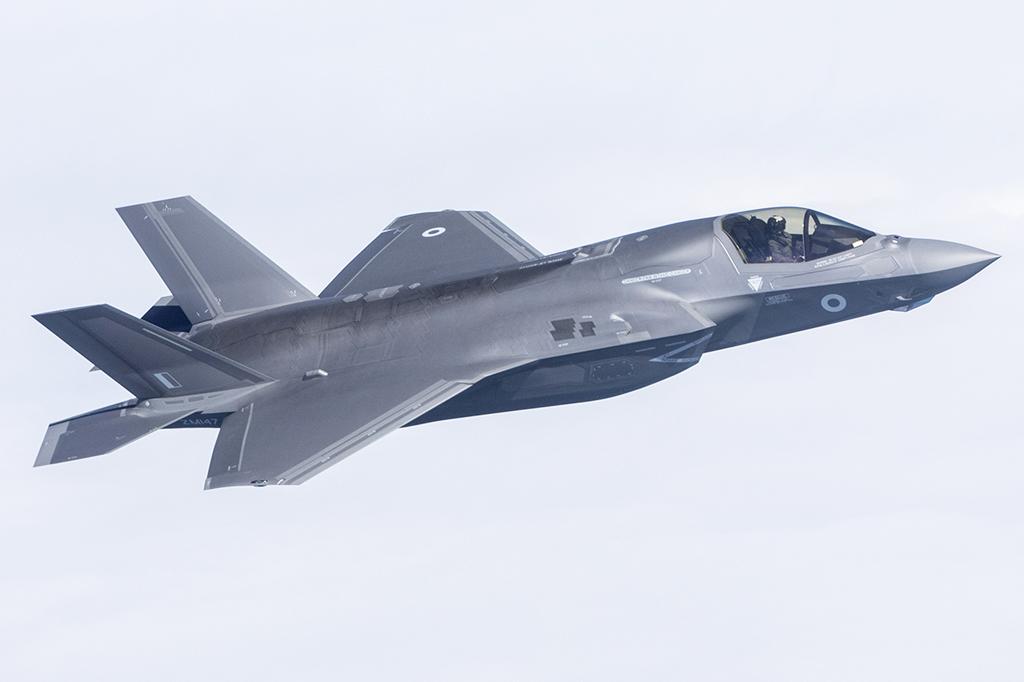 Britain has 15 F-35s in service and 48 on order. All the aircraft are Block 3F-standard and are equipped to carry the Raytheon Paveway IV precision-guided bomb, the MBDA Asraam air-to-air missile, as well as other standard U.S.-made munitions and weapons such as the Amraam missile. 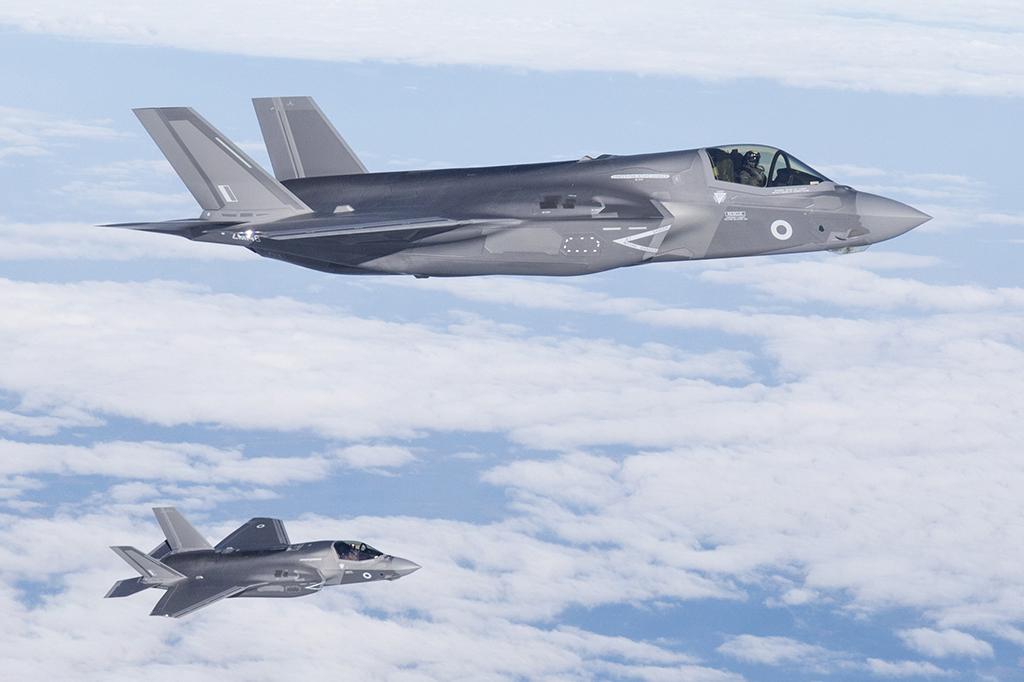 Five more British F-35s are expected to cross the pond in August, bringing the number of UK-based aircraft to nine. This batch will support training of 617 Sqdn. and allow them to achieve initial operational capability from land bases by the end of 2018. The UK also is supporting the testing and evaluation of the F-35 with jets based with 17 Sqdn. at Edwards AFB, California. British pilots are being trained with the U.S. Marine Corps’ VMFAT-501 training unit at Beaufort, South Carolina. Training is due to transfer to the UK in 2019, when 207 Sqdn. stands up. 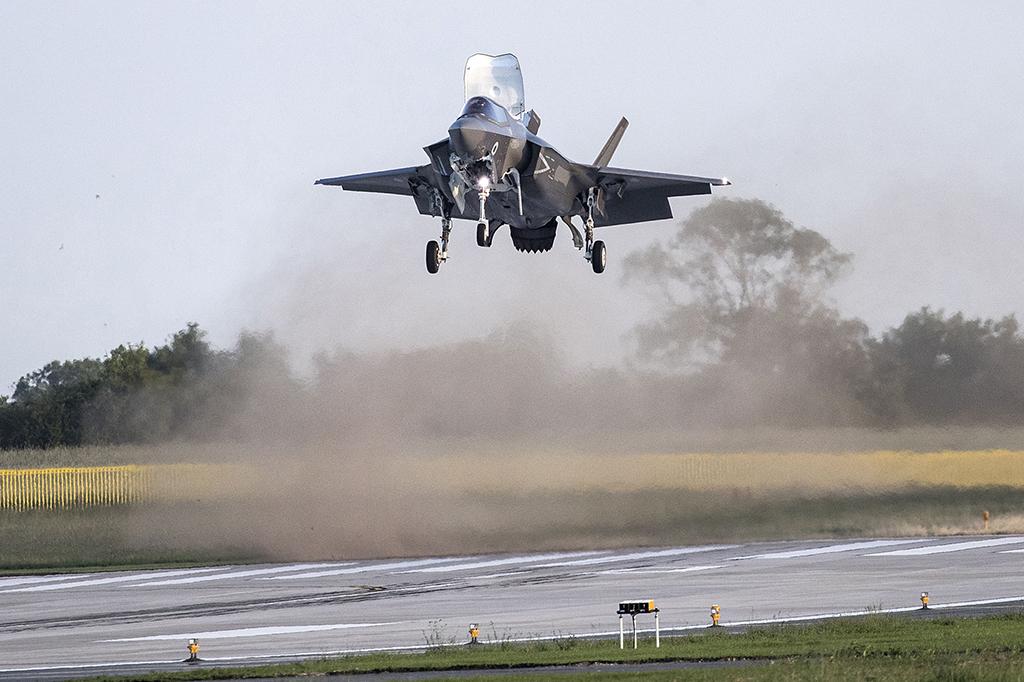 The F-35Bs transitioned to short-takeoff-and-vertical landing (STOVL) mode for their approach and touchdown at RAF Marham. To support the training there, the base is being refurbished with new concrete pads for vertical landing training. 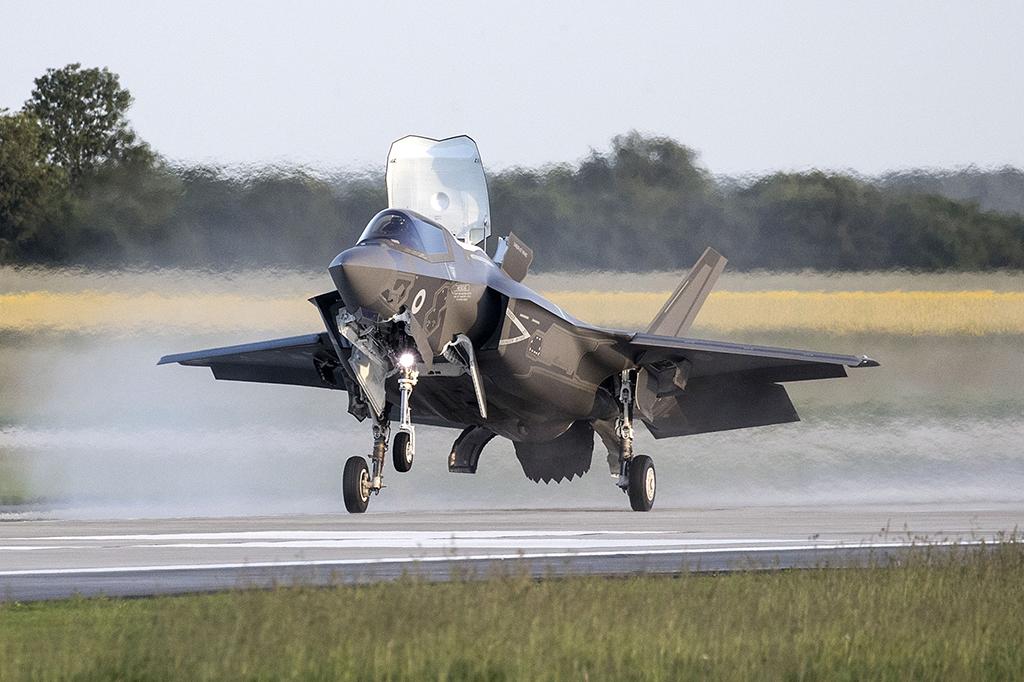 As part of the refurbishment efforts for the new fleet, the UK Defense Ministry has refurbished Marham’s cross runway to support training efforts. The runway had been open for just a week when the F-35s arrived. The large number of open doors that enable the F-35’s STOVL flight mode can be clearly seen here. 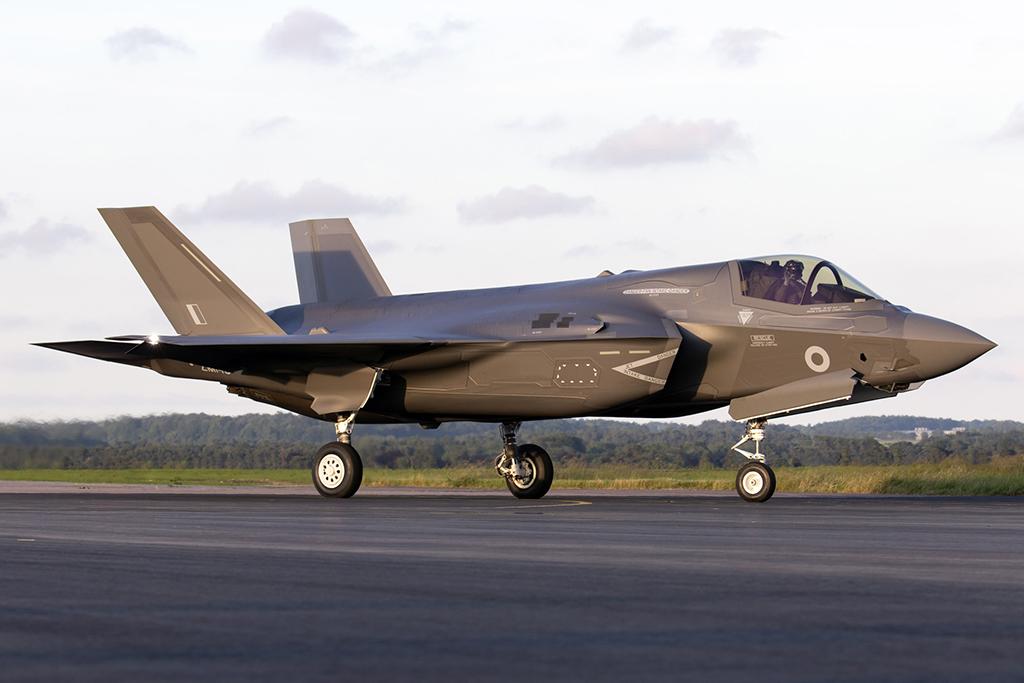 Surprisingly, the often unpredictable British weather cooperated to make for a sunlit arrival. British F-35s are sparsely marked. Despite the heritage of the historic squadrons that operate them, it is unclear whether the British aircraft will ever carry any squadron markings like those in the U.S. or Italy. This is a growing trend in the UK, where aircraft are pooled across different squadrons to reduce costs and increase availability. Even the British Eurofighter Typhoon fleets have lost their squadron markings in recent years. 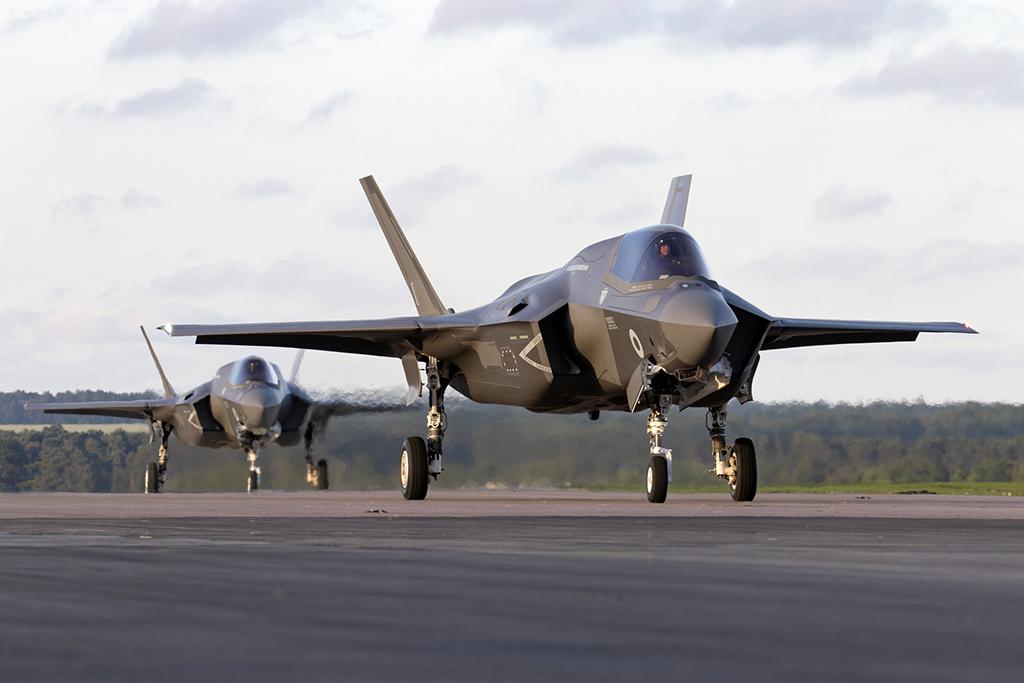 Although Britain is planning to purchase 138 F-35s, this number will likely be required across the life of the program rather than at the same time. Ministers say the first 48 aircraft are fully funded, but little is known about plans beyond that; interest in a mixed fleet, including other variants such as the conventional-takeoff F-35A, appears to be increasingly gathering momentum.

Six years after the first delivery, the UK’s F-35 fleet has begun arriving on British soil. Four of the nation’s 15 Joint Strike Fighters, belonging to the recently reactivated 617 Sqdn. (“Dambusters”), crossed the Atlantic on June 6 to land at their new home base of RAF Marham, England, also home to the quickly dwindling Panavia Tornado GR4 fleet. The trip attracted significant media interest; the F-35 will not only be operated by the Royal Air Force but also jointly by the Royal Navy, flying from the new Queen Elizabeth-class aircraft carriers.