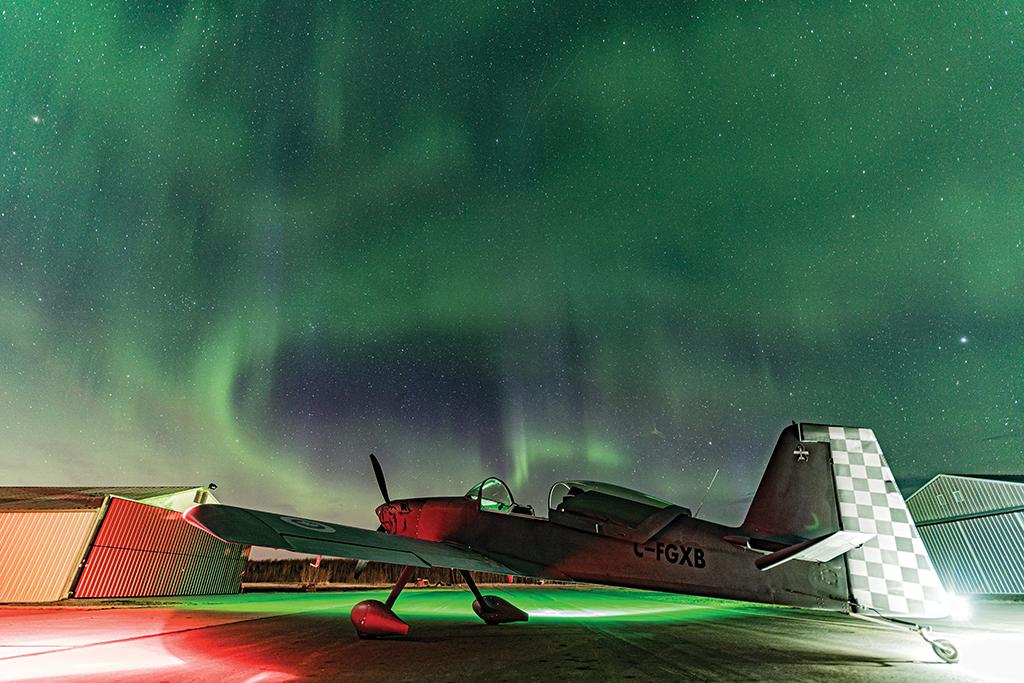 A Harmon Rocket sits ready for action under the green glow of the northern lights. 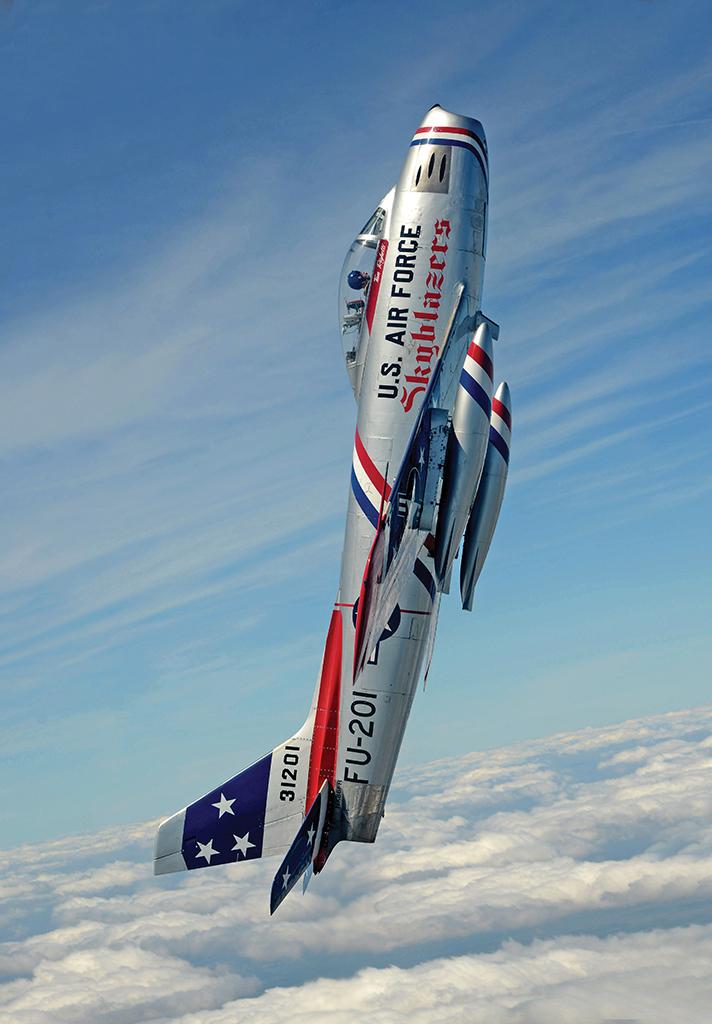 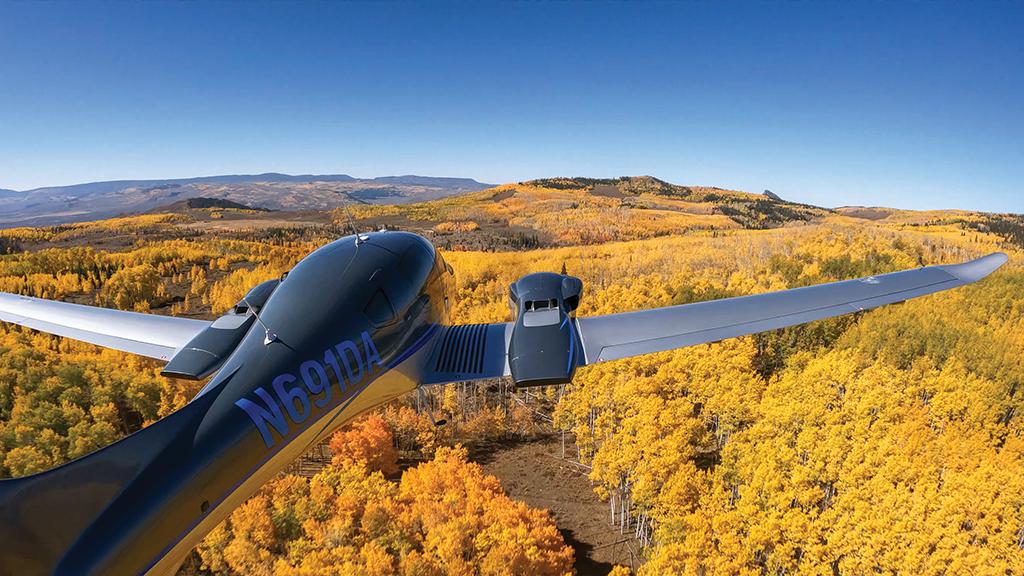 A remotely triggered, tail-mounted camera on my Diamond DA62 captured the aspens in all their autumn glory on the slopes of Colorado’s Carter Mountain. 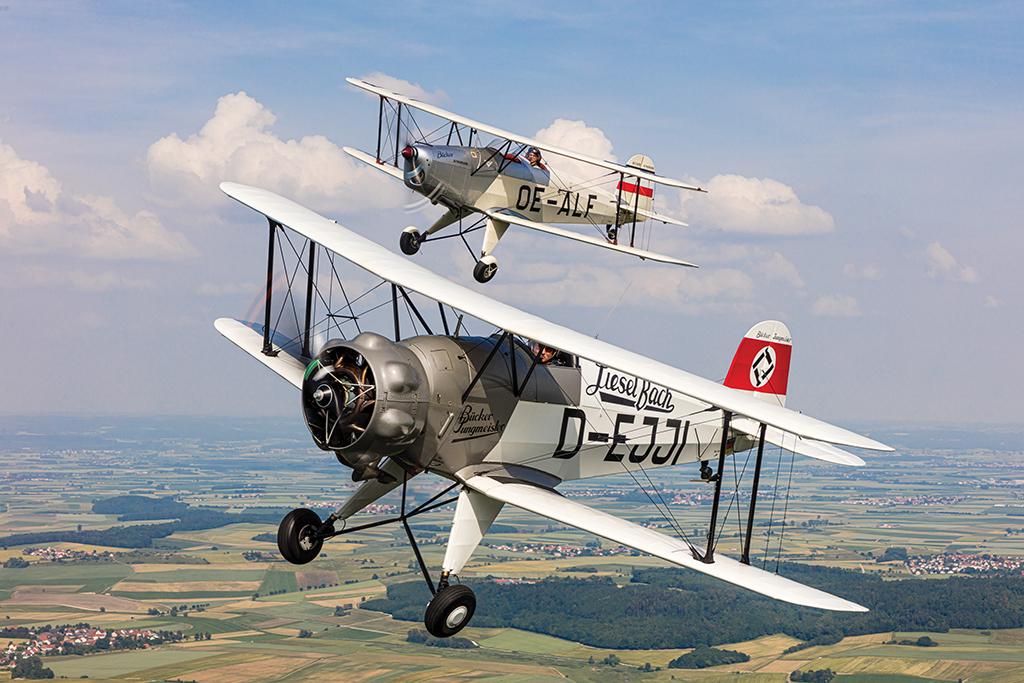 A Buecker Jungmeister and Jungmann fly in formation during Germany’s traditional Buecker meeting. 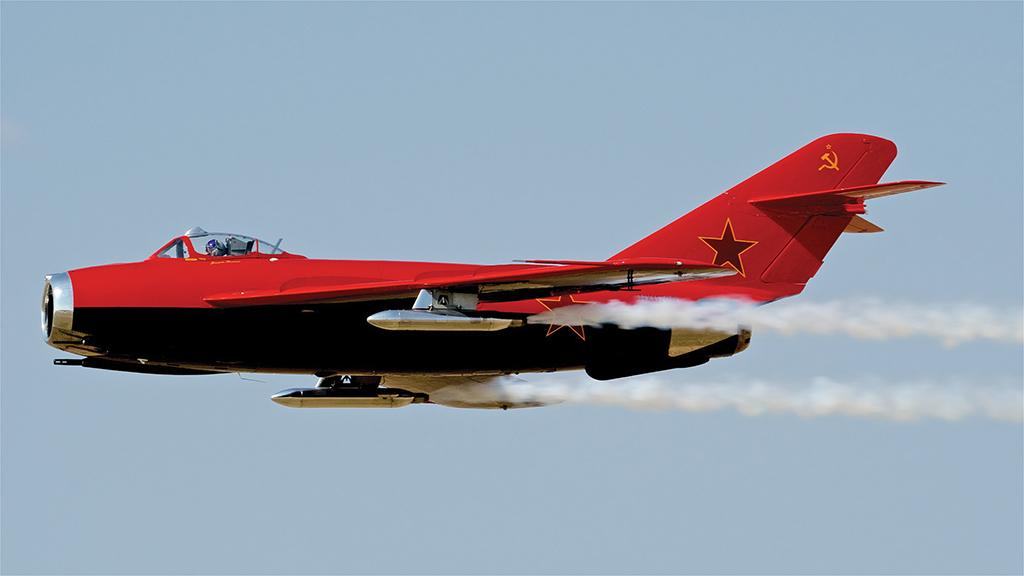 Jason Somes makes a flyby in his MiG-17 during the Wings Over Camarillo Airshow in California. 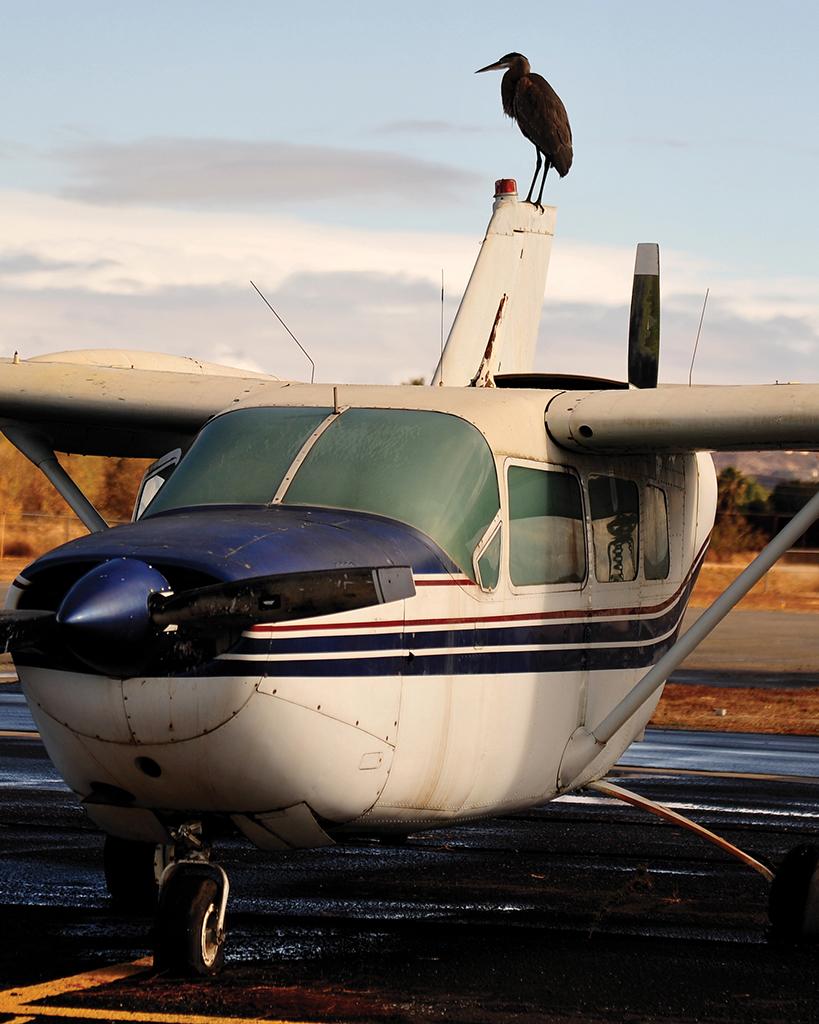 During a break in a rainstorm, a heron takes a perch on a private plane to survey the Corona (California) Municipal Airport. 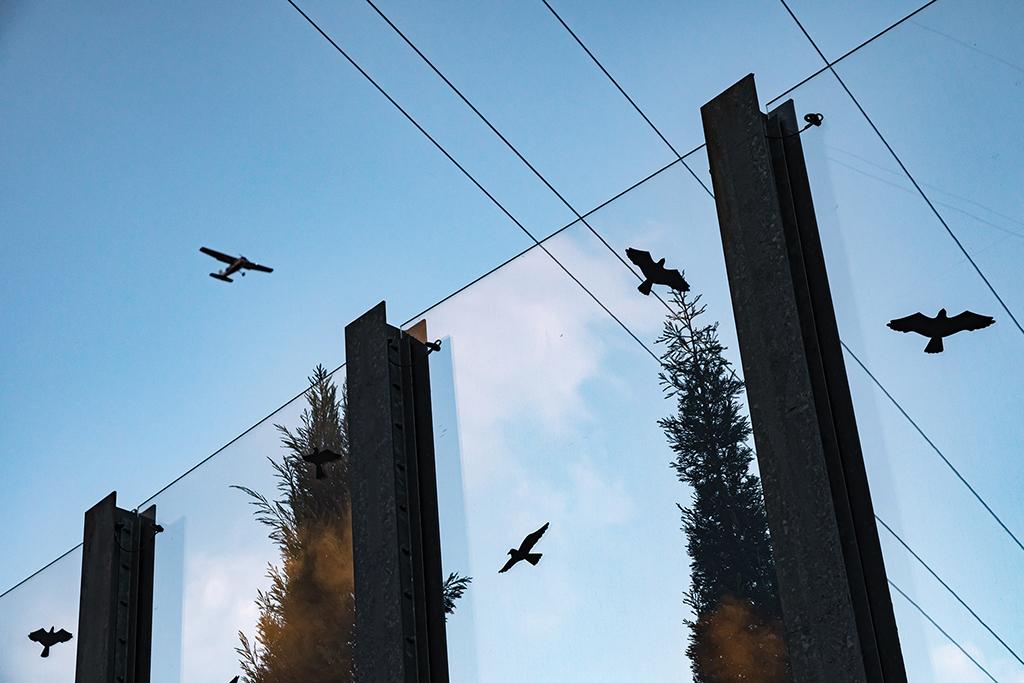 A Cessna in the pattern at Herzliya Airfield, Israel, is seemingly mixing with flying birds, actually raptor decals that were installed on the nearby highway sound barriers to deter other birds from colliding with the transparent walls. 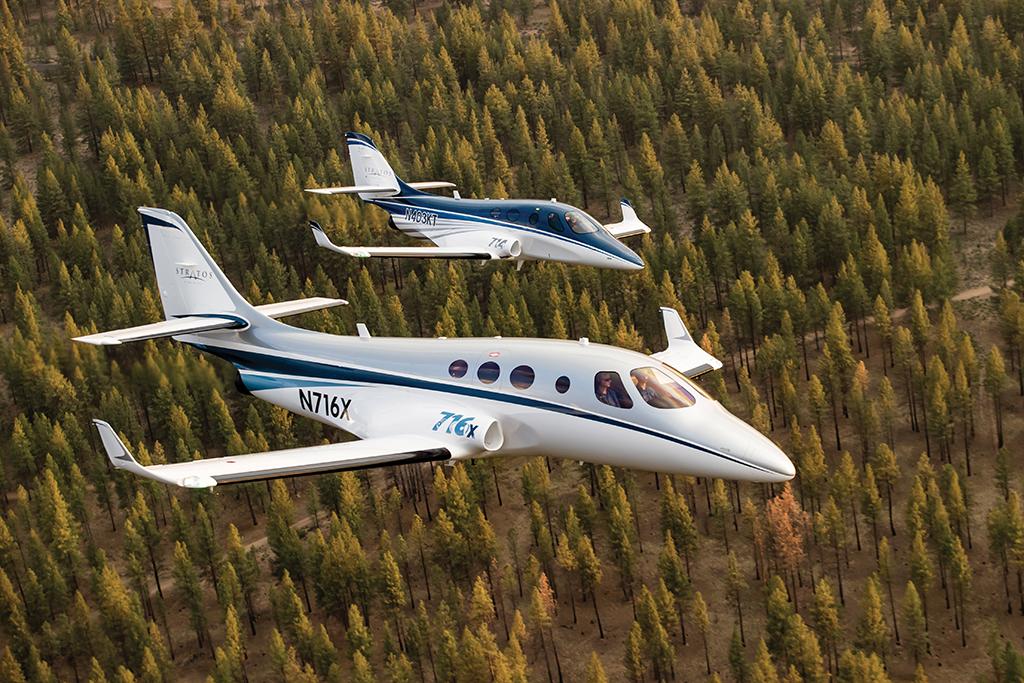 The Stratos 716X (foreground) and 714 (behind) skim over the forests of Sunriver, Oregon, bathed in the late evening glow.