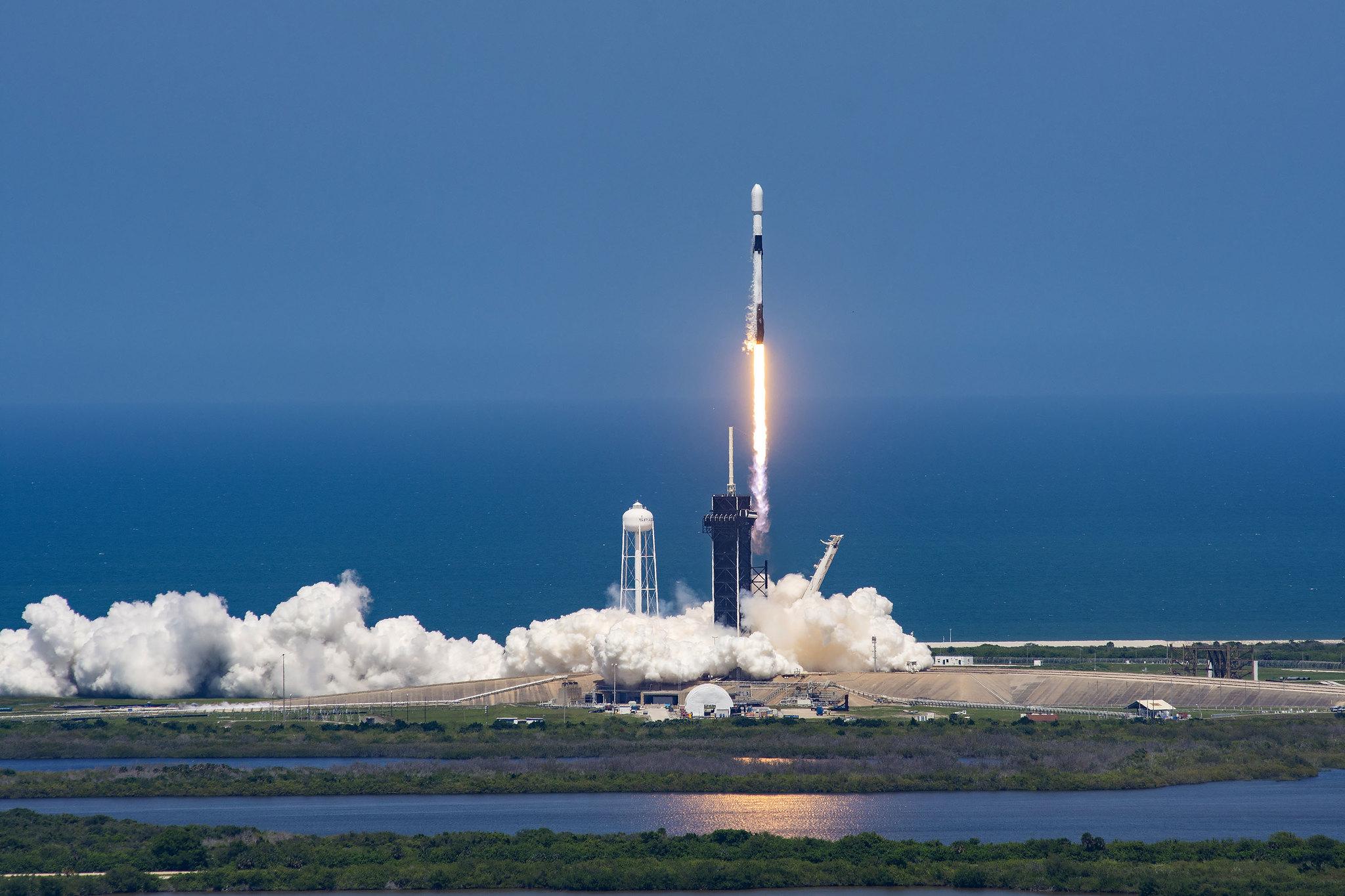 Satellite broadband communications providers are moving expeditiously to build their networks in space. Granted a Federal Communications Commission license to place 4,408 Starlink satellites into low Earth orbit, SpaceX has alreadly launched a third of the smallsats using its reusable Falcon 9 rocket. Starlink satellites will broadcast in the Ku (12- to 18-gigahertz) and Ka (26.5- to 40-GHz) bands.

Providers of communications equipment and networks to business aviation are readying for a plethora of new capacity by building systems for business aircraft that will be compatible with Ku-band, Ka-band or both of the frequency bands supporting high-speed, inflight communications. Systems and plans of some major providers are summarized. 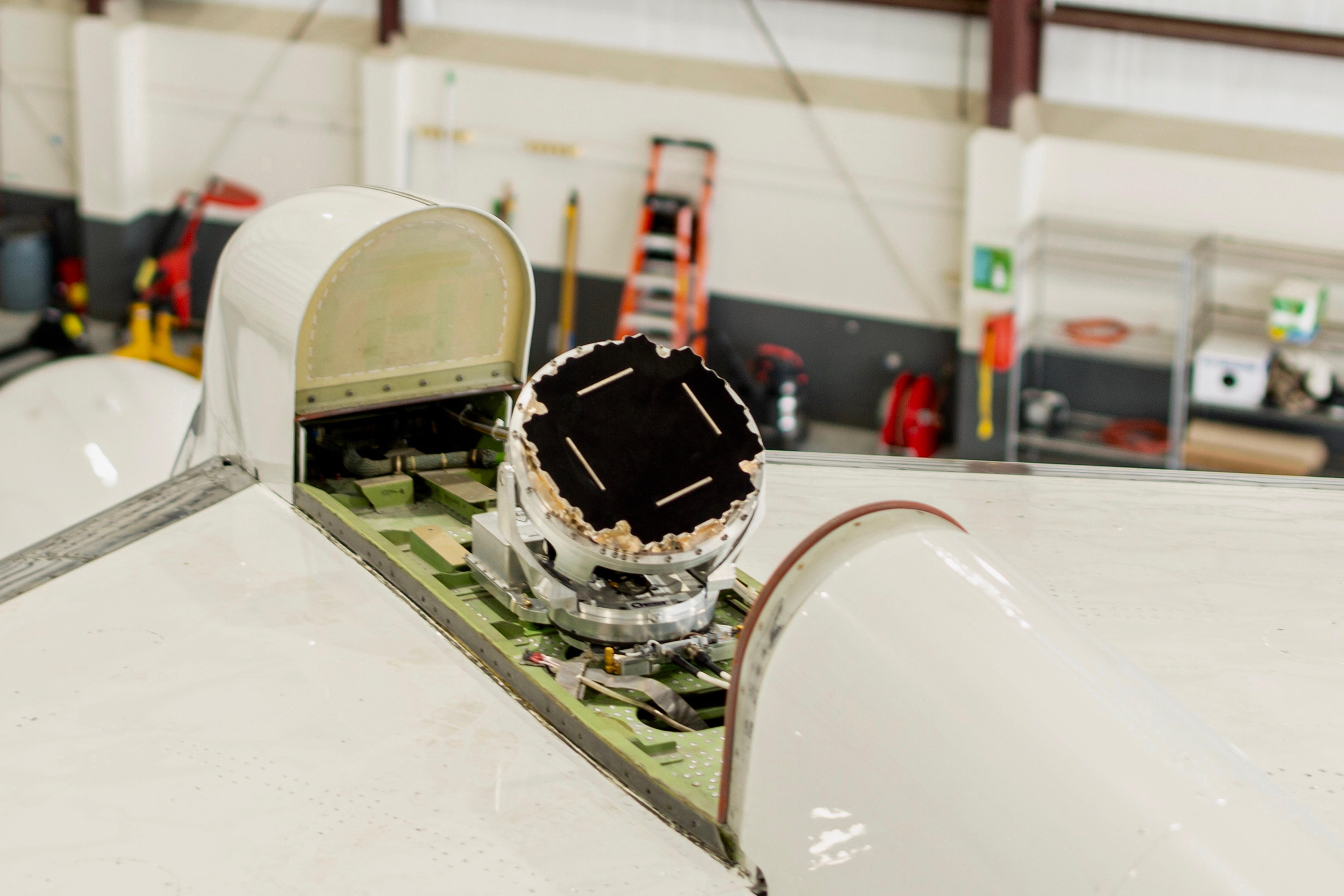 Satcom equipment and network provider Satcom Direct expects its Ku-band Plane Simple antenna system for business aircraft will be available for installation this summer, followed by a Ka-variant in late 2022.

The company was flight testing the Plane Simple terminal on its Gulfstream G350 testbed from its headquarters in Melbourne, Florida, with plans to add a Dassault Falcon 2000 to the testing in June. Satcom Direct expects to complete several supplemental type certificates, each for installations on multiple models, by the end of August.

“If you look at the common solutions out there at the moment, they’ve all been shoe-horned into the small planes,” said Satcom Direct President Chris Moore. “Even with the mid- to large-cabin aircraft, the solutions out there today really haven’t allowed for that technical resolution that we can do. We’ve put the modem in the unpressurized area of the aircraft—people affectionately refer to it as the ‘hell hole.’ Now that equipment, which was like five boxes that took up the customer’s baggage area, is no longer [there]. For a small business aircraft that's really quite significant." 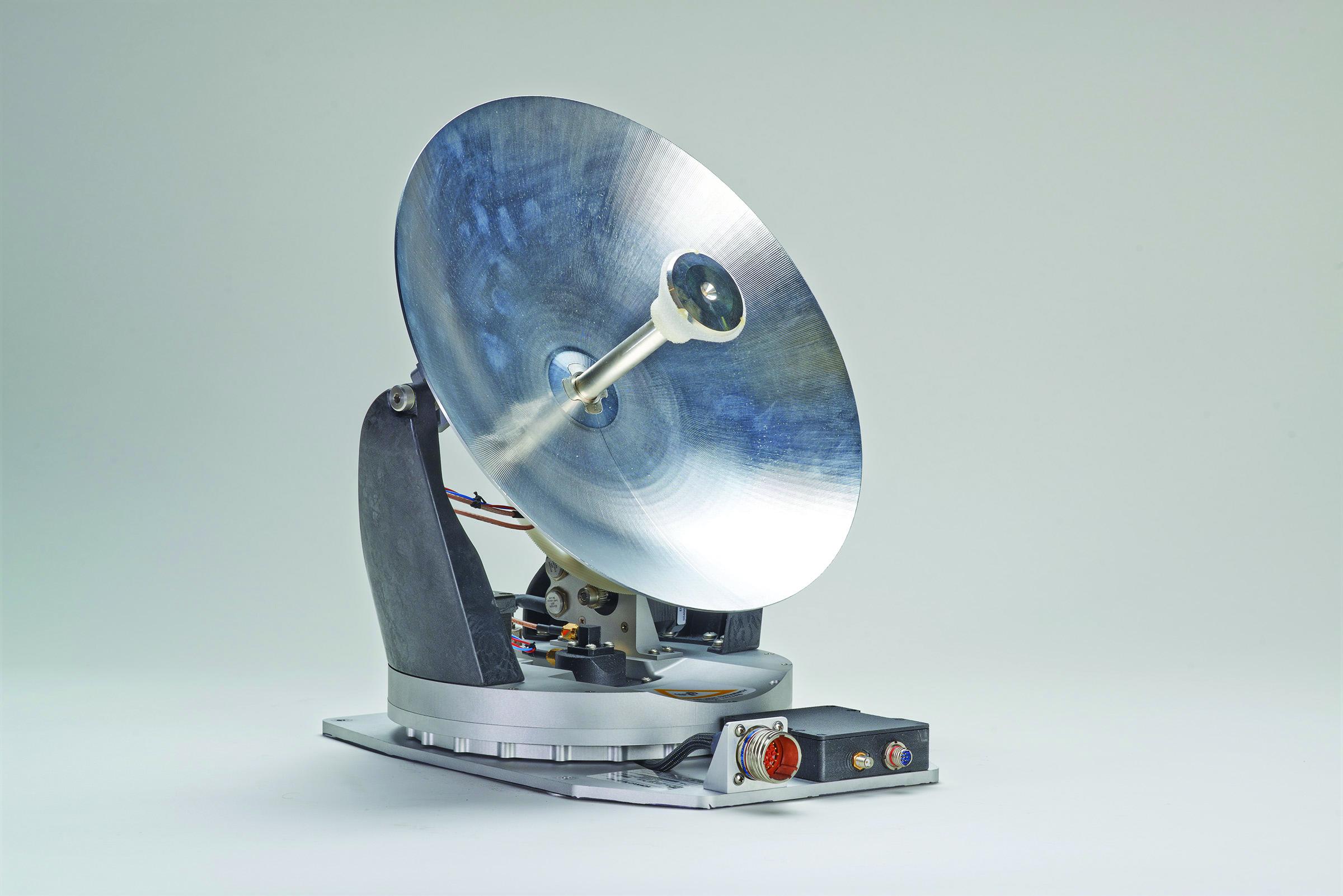 Honeywell Is Focused On Ka-band

Honeywell says it has delivered 1,000 JetWave systems to the business aviation market and more than 1,000 for airlines since Inmarsat GX satellites entered commercial service in December 2015. In addition to Honeywell, Satcom Direct and ARINC Direct are JetWave value-added resellers.

JetWave consists of a tail-mounted, MCS-8000 high-gain antenna for business aviation (or MCS-8100 fuselage-mounted antenna for airliners) and a common radio-frequency and antenna controller, modem and router.

“We do not have any exclusivities in our agreement with Inmarsat that would prevent us from building hardware or investing anywhere we want in either Ku- or Ka,” said John Peterson, Honeywell vice president and general manager, aerospace and connectivity services. “As a business, we’re really close to all of the satellite capacity providers. We’re committed to the aerospace industry.”

But Honeywell is focused on Ka-band. “We are really investing in Ka because that is where all the next-generation capacity is going to be, and we want to make sure that we have the systems that deliver that capacity to aerospace,” said Peterson. “Talking about Ku vs. Ka kind of feels like talking to someone about Palm Pilot vs. iPhone.”

Providers of next-generation Ku-band capacity are launching satellites into low Earth orbit (LEO), said Peterson. LEO constellations will consist of hundreds or thousands of spacecraft; for an aircraft to switch and reacquire a connection from satellite to satellite without substantial data loss will require new antenna technology, he said. 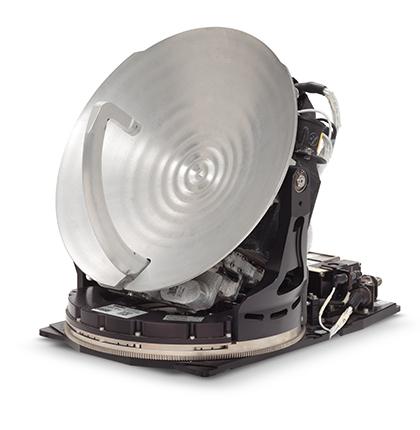 Satcom manufacturer and provider Viasat offers Ku-, Ka- and dual-band systems for business aviation. The company says it has shipped 1,200 tail-mount 12-in. antenna systems to equip business aviation and military or government aircraft.

Viasat said on April 29 that it has received a supplemental type certificate (STC) from the FAA for its Ku Advanced inflight connectivity (IFC) system on select Bombardier Challenger 600-series business jets.

Based in Carlsbad, California, Viasat offers Ku Advanced packages with data speeds of up to 10 Mbps to the aircraft. The company collaborated with Aerospace Design & Compliance, of Wilmington, Delaware, to obtain STC approval on the Challenger 600 series.

On April 15 this year, Viasat announced that it had obtained FAA and European EASA approval for installation of the Ka-band system on Bombardier Challenger 300 and 350 business jets.

With the declaration in July 2020 that it had removed data speed limits on Ka-band service plans, Viasat says the “no speed limit” service is its fastest, most robust IFC offering for super midsize business jets—it announced the availability of the system on the super midsize Gulfstream G280 in December 2020. The service supports video conferencing and VPN access, as well as simultaneous use of entertainment applications including video and audio streaming.

Viasat says its dual-band Ku/Ka system for large-cabin, long-range business jets, which automatically switches between networks, supports speeds of 20 Mbps in Ka-band and up to 10 Mbps in Ku. The system is comprised of dual Ka- and Ku-band antennas, power supply, antenna control unit and modem. 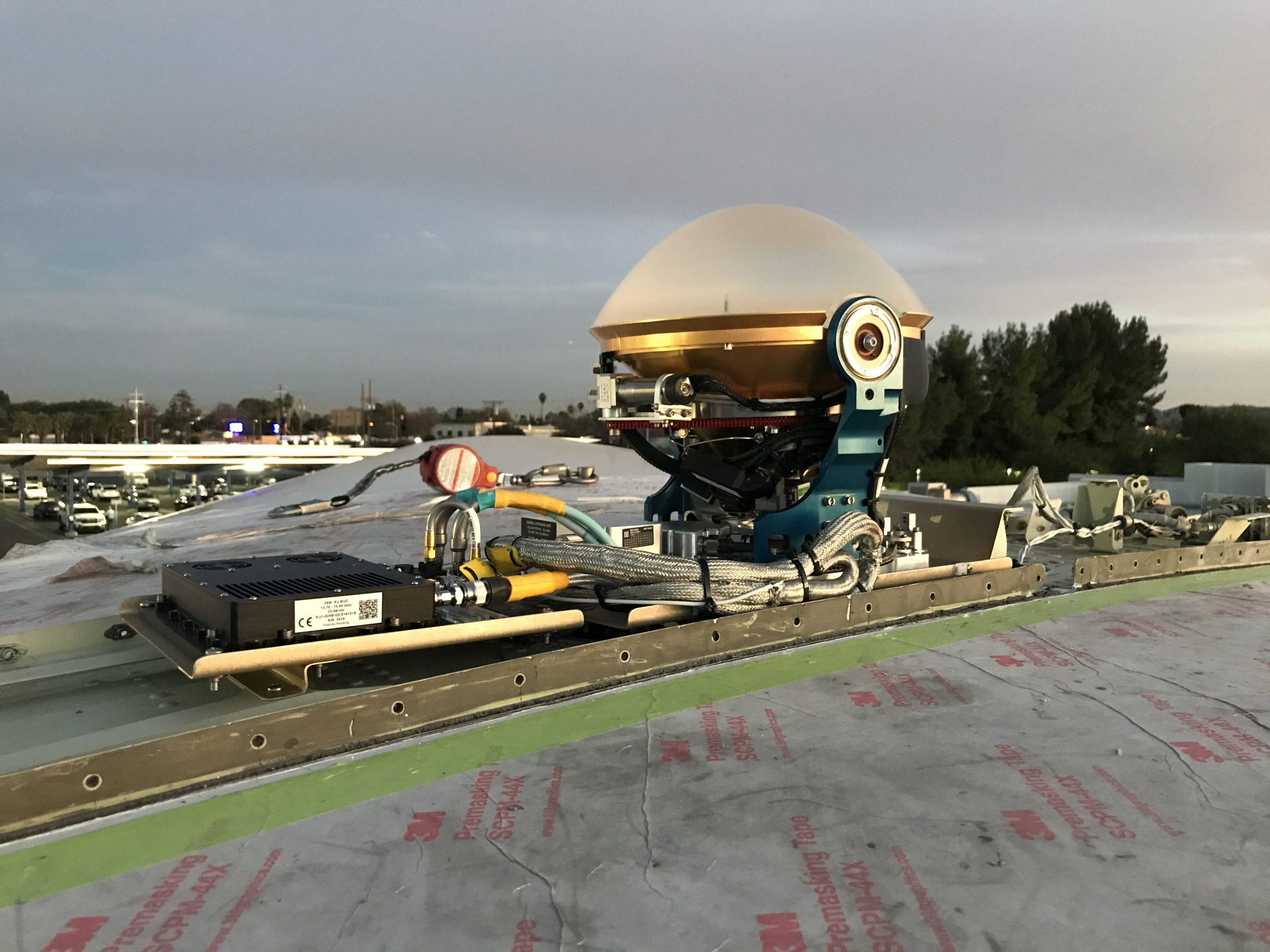 Collins Partners With SES On 'Luxstream'

With the latest approval, Western Jet Aviation holds STCs from the FAA for installations on Gulfstream G350, G450, GV and G550 models, with European EASA certifications following. MRO StandardAero has obtained an STC to install the KuSAT-2000 terminal on the Gulfstream GIV and GIV-SP.

Collins and satellite operator SES unveiled the inflight broadband offering in September 2019. LuxStream connects with SES’ managed Ku-band satellite network to offer data speeds of up to 25 Mbps in the U.S. and 15 Mbps globally, enough bandwidth to support the concurrent use of multiple applications with high-definition content. 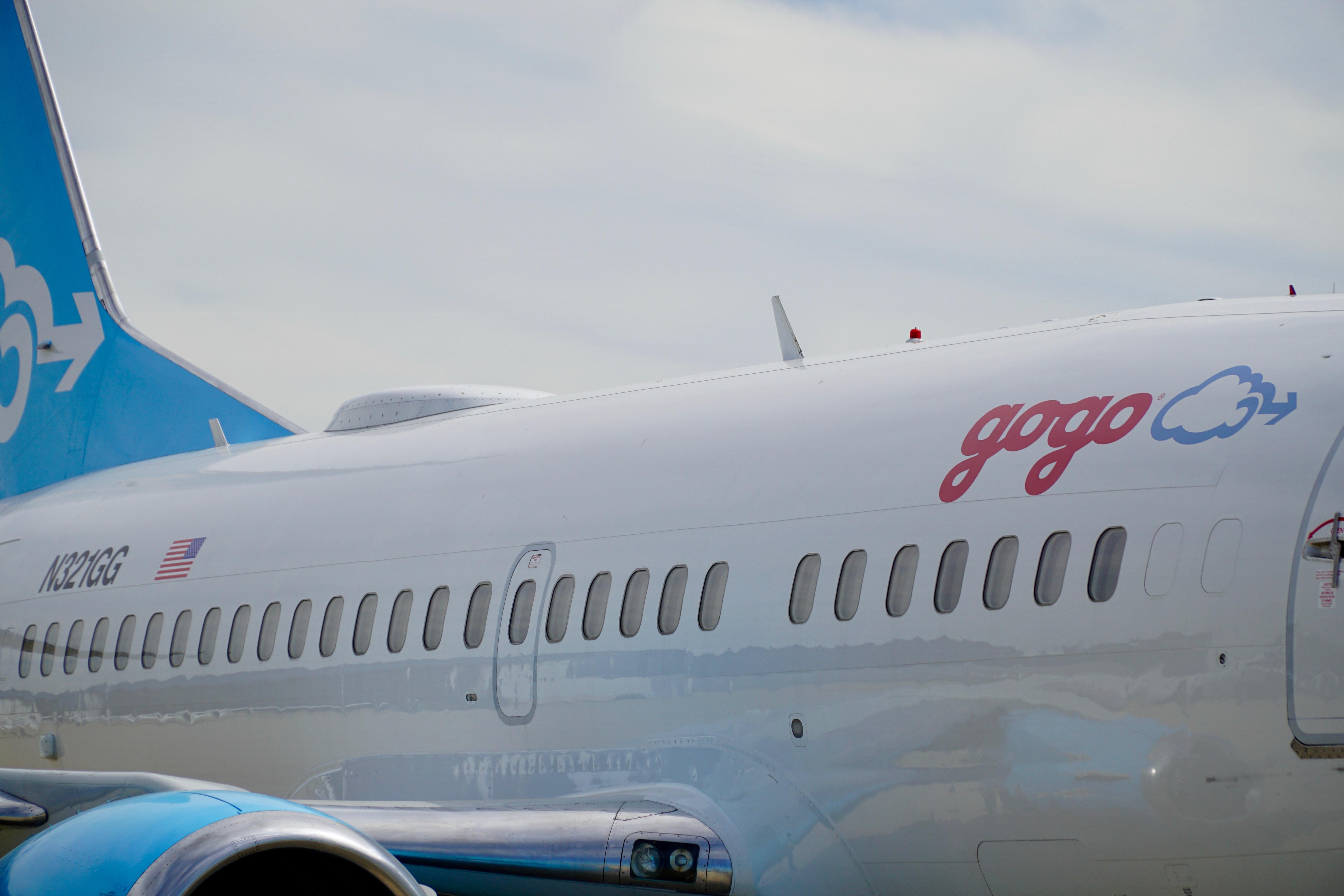 Air-to-ground (ATG) connectivity provider Gogo introduced its 2Ku satcom terminal in 2014, using a fuselage-mounted, dual-aperture phased array antenna system designed by ThinKom Solutions. The system is capable of speeds of 70 Mbps to the aircraft, increasing to 200 Mbps with the entry into service of next-generation satellites, the company says.

In December 2020, Gogo closed the sale of its commercial aviation business to satellite operator Intelsat for $400 million, freeing its business aviation division to focus on deploying 5G connectivity to its ATG network this year. As of March 31, there were 1,900 business aircraft flying with Gogo’s Avance L5 or L3 ATG systems installed.

Before the sale to Intelsat, Gogo said the 2Ku system was installed on 600 commercial aircraft across 17 airlines. It reports that operators of “several” corporate or VIP jets have also installed the system, which fits models offered by Boeing Business Jets and Airbus Corporate Jets.

Satellite broadband communications providers are moving expeditiously to build their networks in space. Granted a Federal Communications Commission license to place 4,408 Starlink satellites into low Earth orbit, SpaceX has alreadly launched a third of the smallsats using its reusable Falcon 9 rocket. Starlink satellites will broadcast in the Ku (12- to 18-gigahertz) and Ka (26.5- to 40-GHz) bands.

Providers of communications equipment and networks to business aviation are readying for a plethora of new capacity by building systems for business aircraft that will be compatible with Ku-band, Ka-band or both of the frequency bands supporting high-speed, inflight communications. Systems and plans of some major providers are summarized.