Gallery: Aerobility To Expand World Of Flight To Disabled 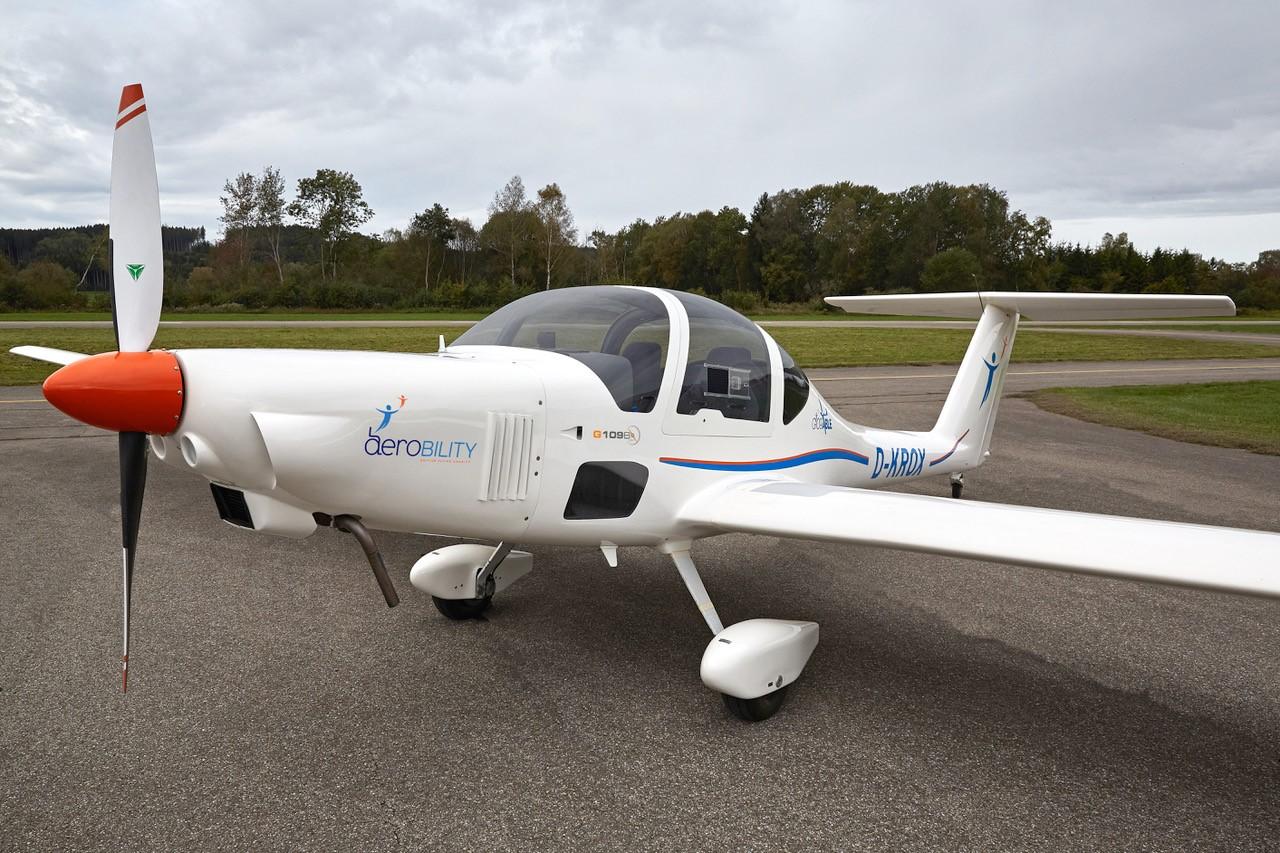 Aerobility, a UK-based nonprofit that trains the disabled to fly, has acquired the UK Royal Air Force’s fleet of 60 Grob G109B motor gliders, formerly used to train cadets. It plans to operate up to eight of the aircraft to provide flying opportunities for the disabled across the UK and to sell the rest. Proceeds of the sale will be used to modify aircraft for the disabled. Credit: Aerobility 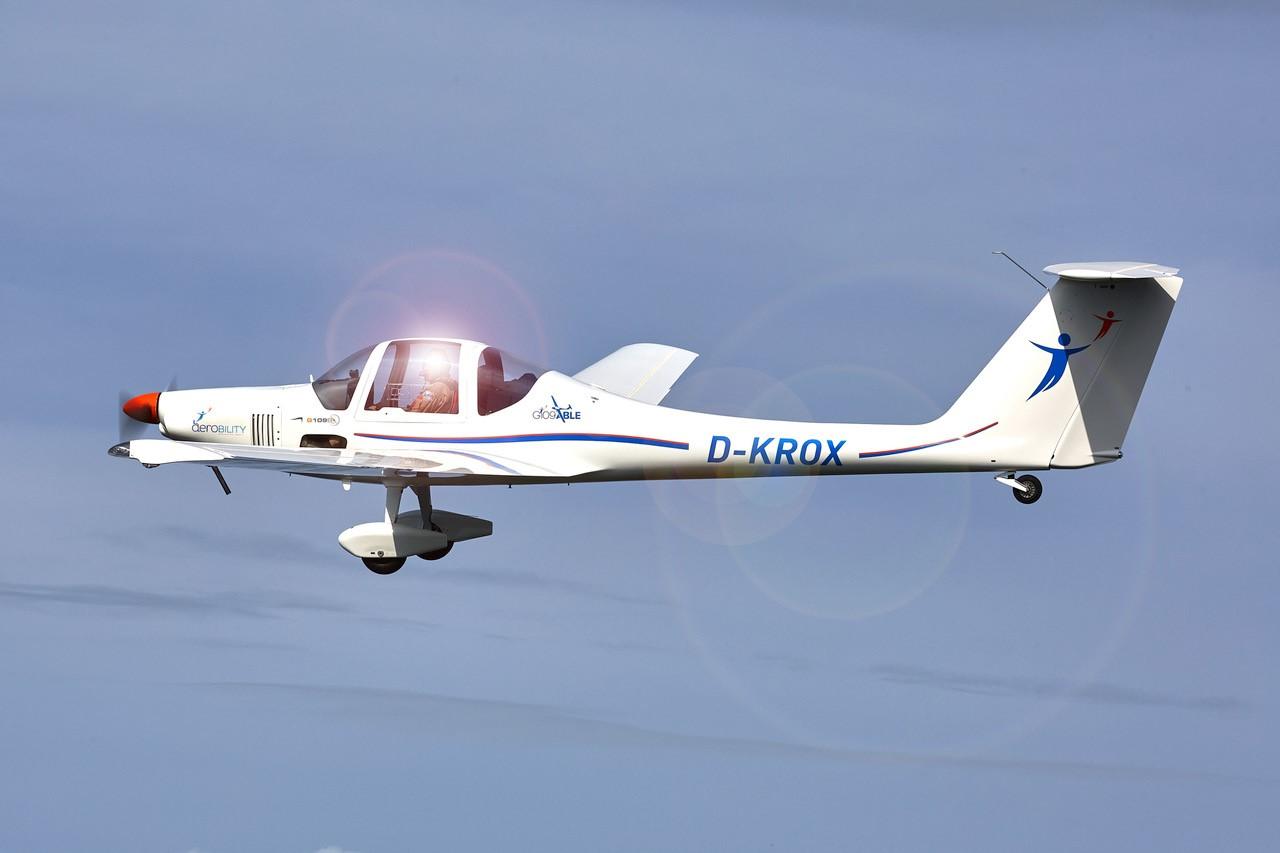 Aerobility plans to modify the G109B Able light aircraft with controls suitable for the disabled. The aircraft are also being overhauled by the German manufacturer with new engines, propellers and avionics. Credit: Aerobility 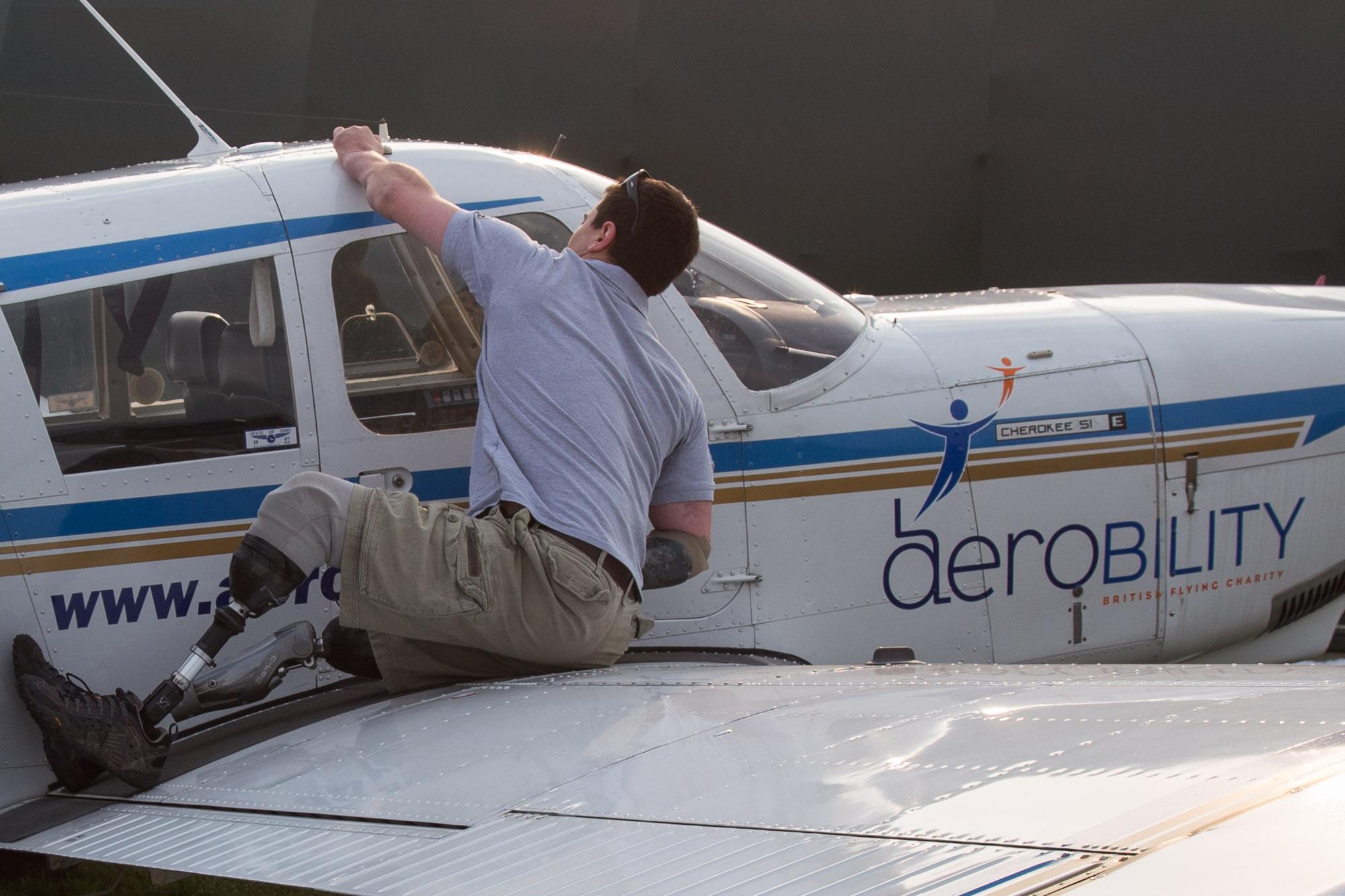 The Grob G109B met many of Aerobility’s requirements. It is cost effective to operate, uses unleaded fuel and is a tough aircraft as well, says Mike Miller-Smith, Aerobility CEO. “Disabled people aren’t always the gentlest, because they’ve got to grab onto something to pull in, or sit on the wing to climb in,” Miller-Smith says. “With the gull-wing doors, it’s very easy to use a hoist to place somebody in.” Credit: Aerobility 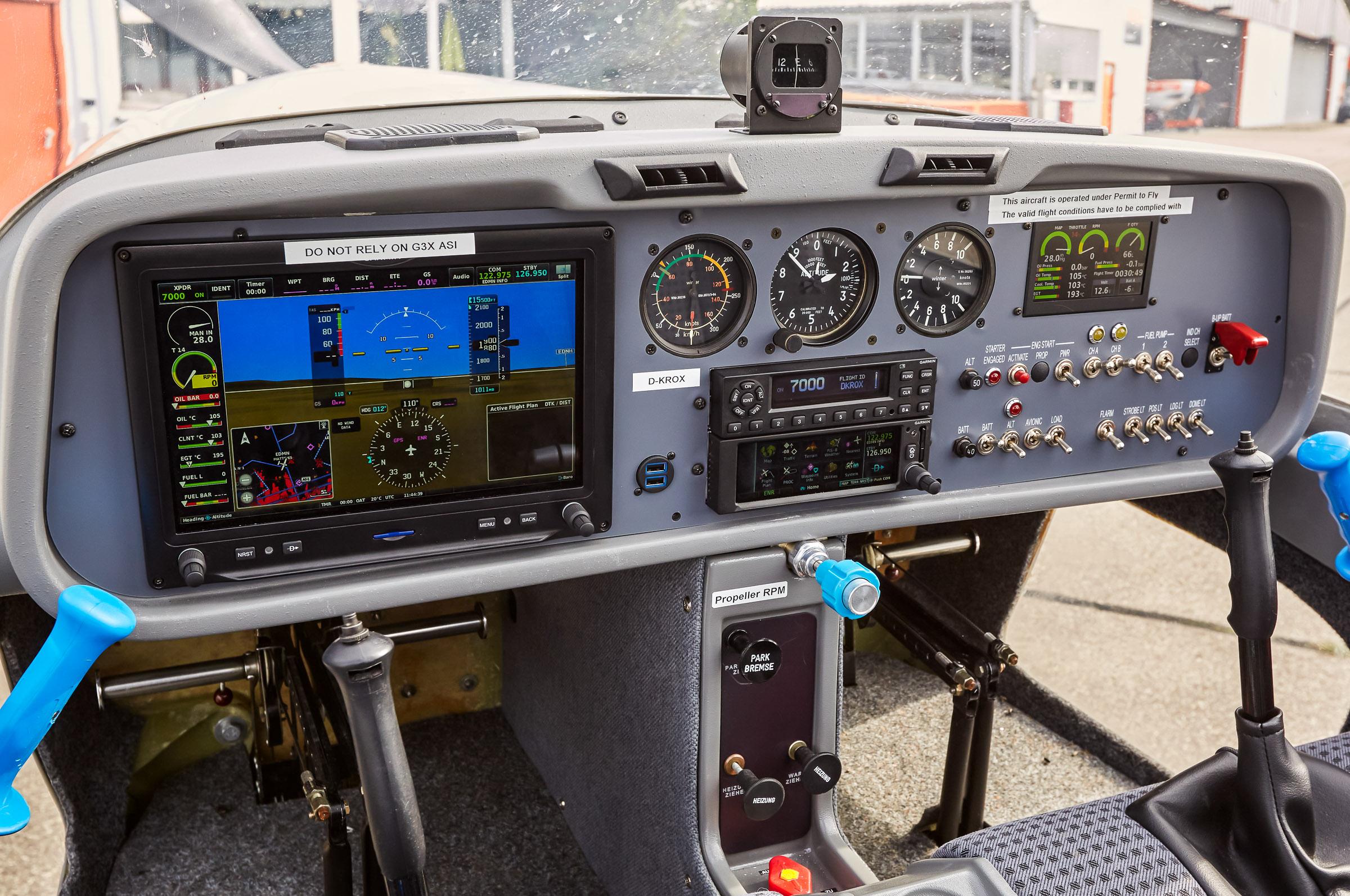 Aerobility received a grant from the Department for Transport for the acquisition of the Grob fleet. The additional G109B aircraft will allow the nonprofit to expand its services at other airfields. It currently operates from Blackbushe Airport in Hampshire and Tattenhill in Staffordshire. Credit: Aerobility 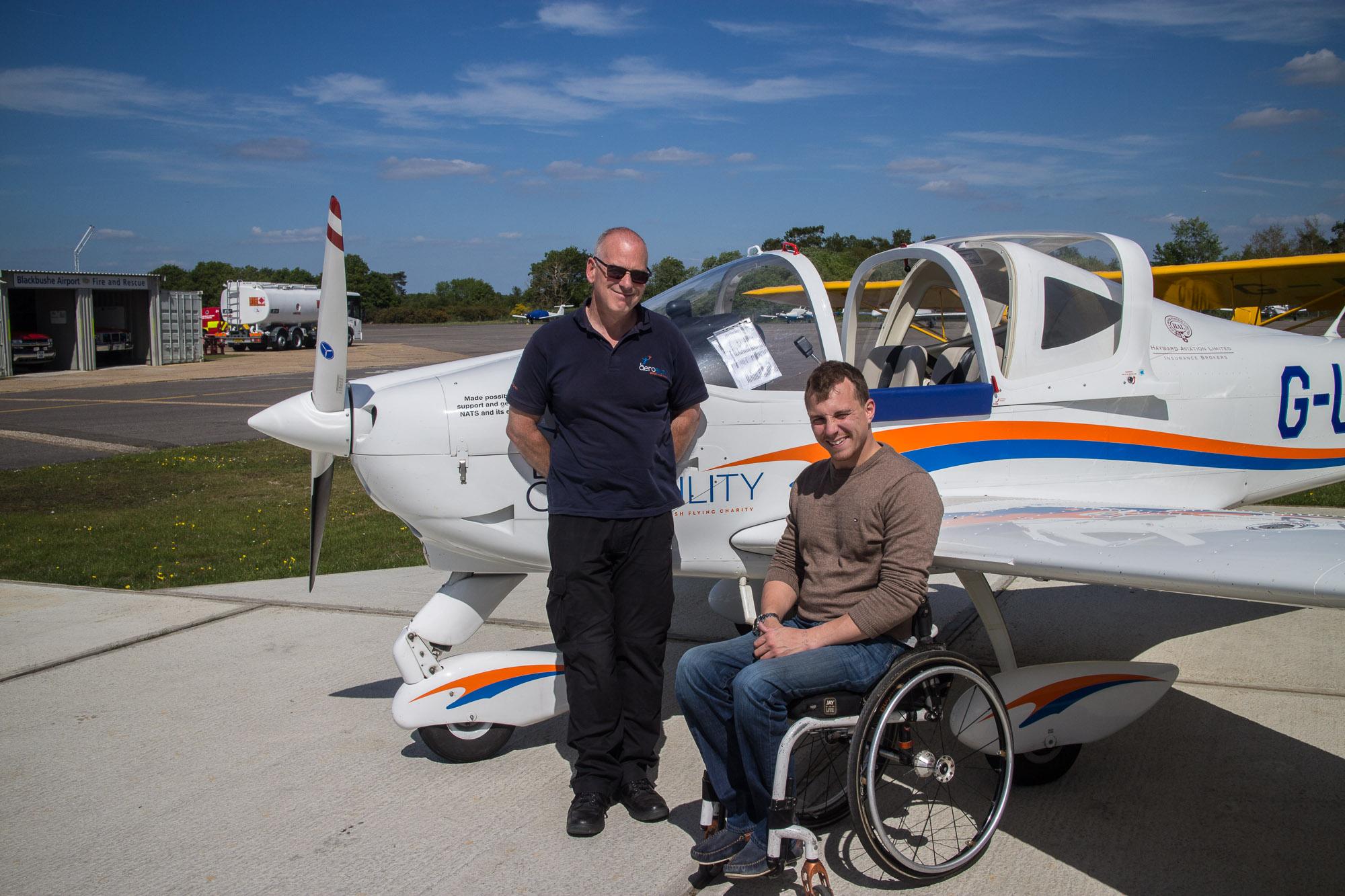 Arthur Williams, a UK television presenter and former Royal Marine, was paralyzed in a car crash in 2007. In 2009, he trained and entered a wheelchair marathon and won. He had always wanted to be a pilot and in his research, came across Aerobility. Through the organization, Williams signed up for his first trial lesson, then went on to gain his private pilot’s license. Here, Williams is shown with Mike Owen, Aerobility chief flight instructor. Credit: Aerobility

Aerobility, based in the UK, is a nonprofit that gives the disabled the opportunity to fly an aircraft and to earn a pilot’s license. Recipients gain confidence in the process. They have said, “If I can fly an airplane – what else can I do?” It recently acquired a fleet of Grob 109B aircraft to expand its mission to a broader geographic area.