Atlantic Aviation has broken ground on a new hangar at Chicago Executive Airport. The hangar, to be completed by year-end 2021, is being built in response to growing interest from corporate operators that want to base their aircraft at the suburban Chicago airport.

Designed to accommodate three modern ultra-long-range business jets, plus 2-3 small to mid-size jets, the 25,000 sq. ft. hangar will include 3,000 sq. ft. of shop and office space for aircraft support staff. To be located on the northwest corner of the field, it will add a fourth hangar to Atlantic Aviation’s Chicago Executive Airport location, for a total of 86,500 sq. ft. of hangar space. The FBO also plans to develop a fuel farm on two acres of ramp space to support the hangar. 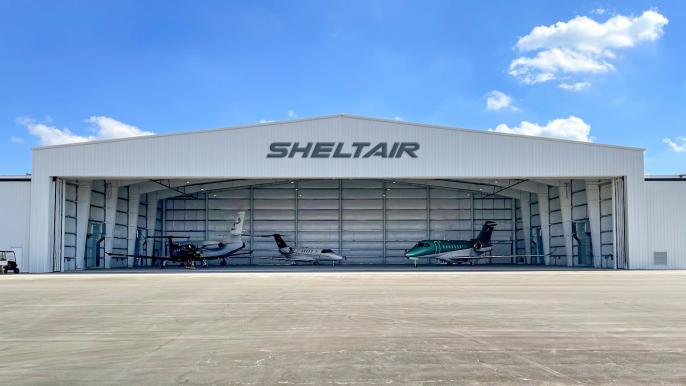 Sheltair has opened a new, $2-million hangar at Ocala International Airport to meet growing demand from operators of large cabin business jets. The 20,000 sq. ft. facility is the fourth hangar that Sheltair has established at its FBO complex at the central Florida airport.

In operation since December 2020, the hangar is state-of-the-art, and is the first one on the airport that can accommodate aircraft in the Bombardier Global series and larger members of the Gulfstream family. Sheltair is targeting the hangar to both the based tenant and short-term transient operator. The hangar fully complements a new FBO terminal opened by Sheltair this year.

A major renovation of a long-abandoned hangar, dating back to World War II is in progress at Tullahoma Municipal Airport in Tennessee. The hangar could be open for both corporate and owner-flown general aviation aircraft by year-end. The 24,000 sq. ft. vintage hangar is being developed by Michael Williamson, CEO of Lynchburg Machine Tool.

The $1.3 million project, described as a total refurbishment, seeks to restore as much as possible of the outside of the hangar to its original appearance, but will add build-outs to accommodate up to three separate businesses, in addition to tenant aircraft at the airport, which is strictly general aviation. 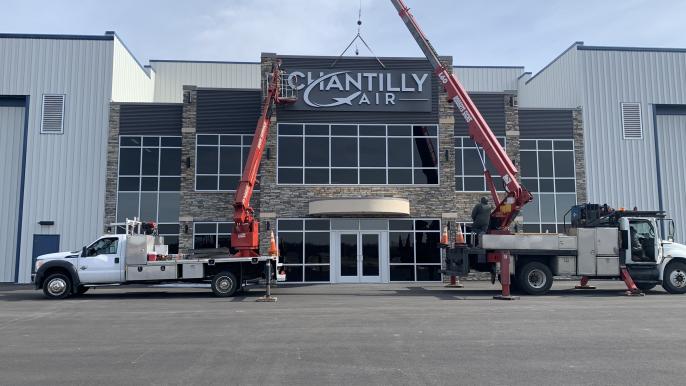 Chantilly Air, a Manassas, Virginia-based air charter, corporate aircraft management and repair station operator just opened two state-of-the-art hangars at Manassas Regional Airport. The hangars are part of a new, $17 million FBO complex, doing business as Chantilly Jet Center. The two climate-controlled hangars, each with 30,000 sq. ft. of aircraft storage space, have been designed to accommodate the largest business jets, including the Bombardier Global Series, and the new Gulfstream G700. Each hangar incorporates storage facilities for maintenance-related items for customer convenience. Chantilly Air is making the hangars available for tenant as well as transient aircraft, in order to provide an alternative to Washington-Dulles International and its heavy commercial traffic.