Supersonics: No Shock News Yet! 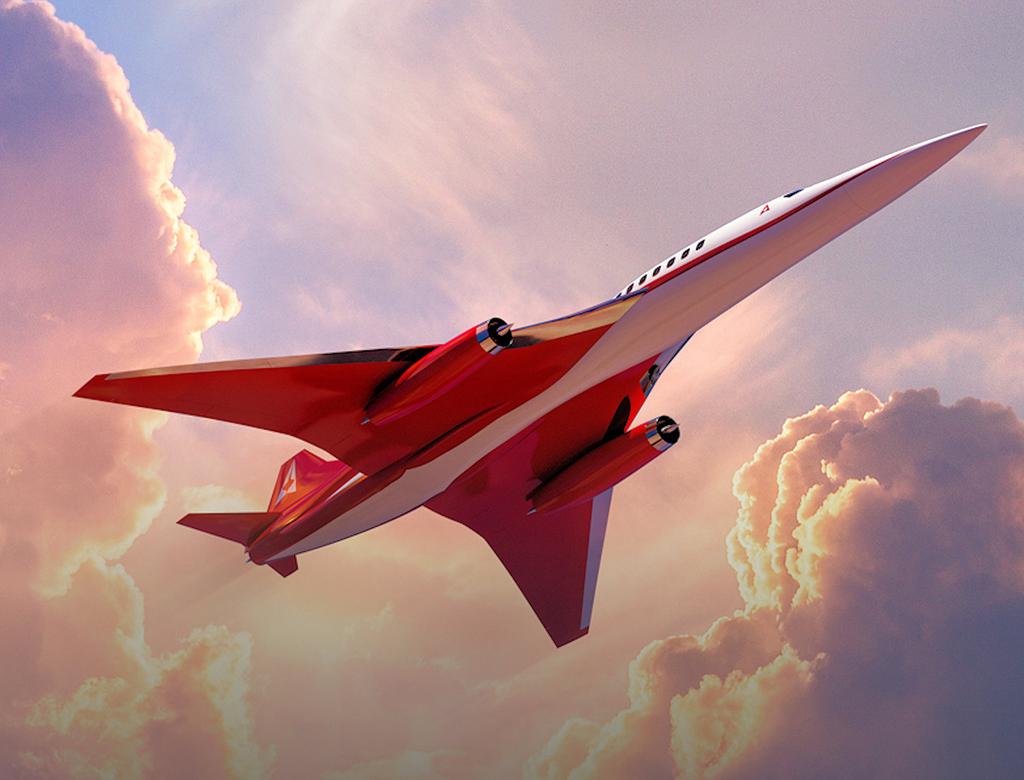 How The Aerion SBJ Has Evolved

Established in 2003 and funded privately by its chairman, Robert Bass, Aerion announced a supersonic business jet (SBJ) at the 2004 NBAA Convention. Employing supersonic natural laminar flow, it aimed for Mach 1.6 cruising, but with a “boomless” overland speed of Mach 1.15 for up to 10 passengers—all to be achieved at low risk by reliance on established technology such as two Pratt & Whitney JT8D turbofans. Steady evolution of the design—including marketing of the proprietary wing airfoil section designed by pioneering aerodynamicist Richard Tracy and flight-tested by NASA—occupied a decade, but without achieving a formal launch. 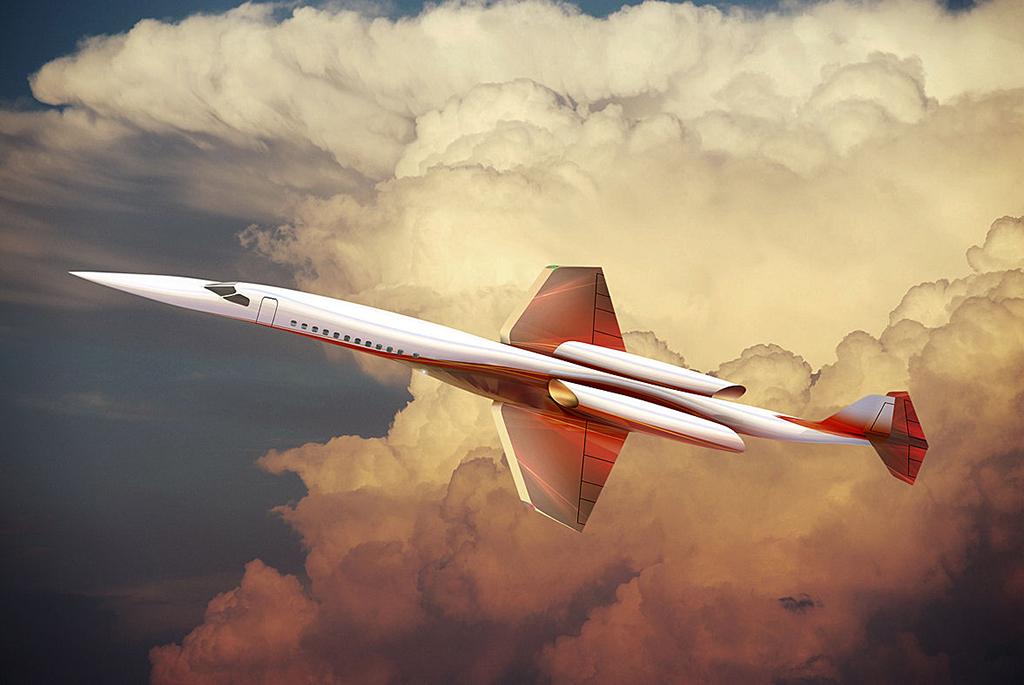 Work Stops On Aerion AS2

Fundamental changes to supersonic business jets, including adoption of three GE Affinity engines and a larger cabin, were announced in May 2014, prompting a new designation. Credibility was enhanced by supporting commitments from Airbus and in February 2019 from Boeing, which promised financial, engineering, manufacturing and flight-test backing. A drastic redesign followed, with a cranked delta wing, repositioned engines and a different tail, and a goal to fly the new AS2 in 2024. But Boeing and its partners were forced by air transport industry woes to stop work on the $120 million, 12-passenger business jet—for only a year, with hope. Predicted range is 4,200 nm at Mach 1.4 or 5,400 nm at Mach 0.95. 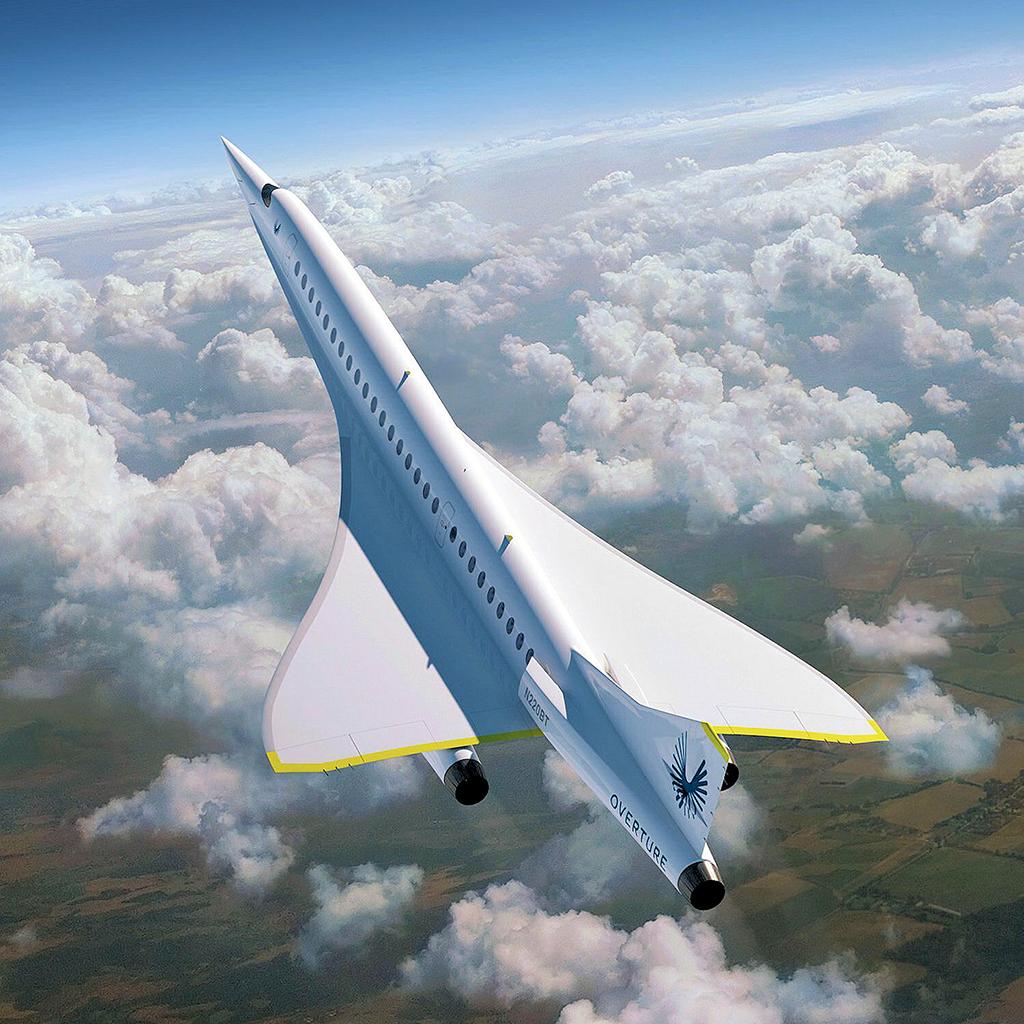 Virgin Group and Japan Air Lines are among those committed to the $200 million, Overture Mach 2.2, 45/55-seat, all-business-class airliner. Meanwhile, the third-scale, proof-of-concept XB-1 “Baby Boom” is now four years late, but should fly next year, allowing the full-size model to enter service in 2027, after a certification campaign with six prototypes. Boom employs the overwater supersonic operating model, with the added idiosyncrasy that the published range of 9,000 nm includes an ultra-brief refueling stop; passengers remain seated. A “virtual rollout” of the XB-1 was scheduled for Oct. 7. 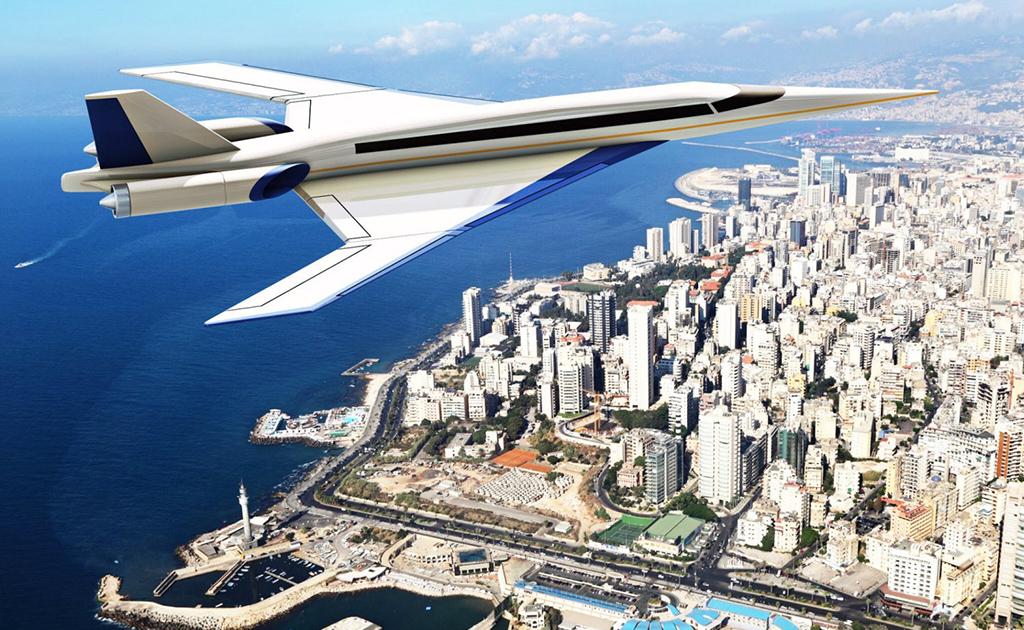 A self-funding design incorporating a pair of unspecified 20,000-lb.-thrust engines, the S-512 Quiet Supersonic Jet is expected to cruise at Mach 1.6 and cover 6,200 nm over water. The passenger total would be 12-18 in a windowless cabin. Its “Multiplex Digital” walls would be covered by thin display screens projecting entertainment. An SX-1.2-scale model flew in September 2017. Although the program remains active, there have been few signs of progress toward the original plans for a first flight in 2021 and market availability in 2023.

Virgin Galactic recently unveiled the outline configuration of its 19-seat business jet and announced Rolls-Royce as its propulsion partner for the delta-wing, twin-engine, Mach 3 design concept. The program includes participation from NASA, which in May signed a Space Act Agreement with Virgin Galactic and its subsidiary, The Spaceship Co., to help foster development of technology for high-Mach-capable vehicles. Virgin says it also will work with the FAA Center for Emerging Concepts and Innovation to outline a certification framework. Dates and costs have yet to be announced. 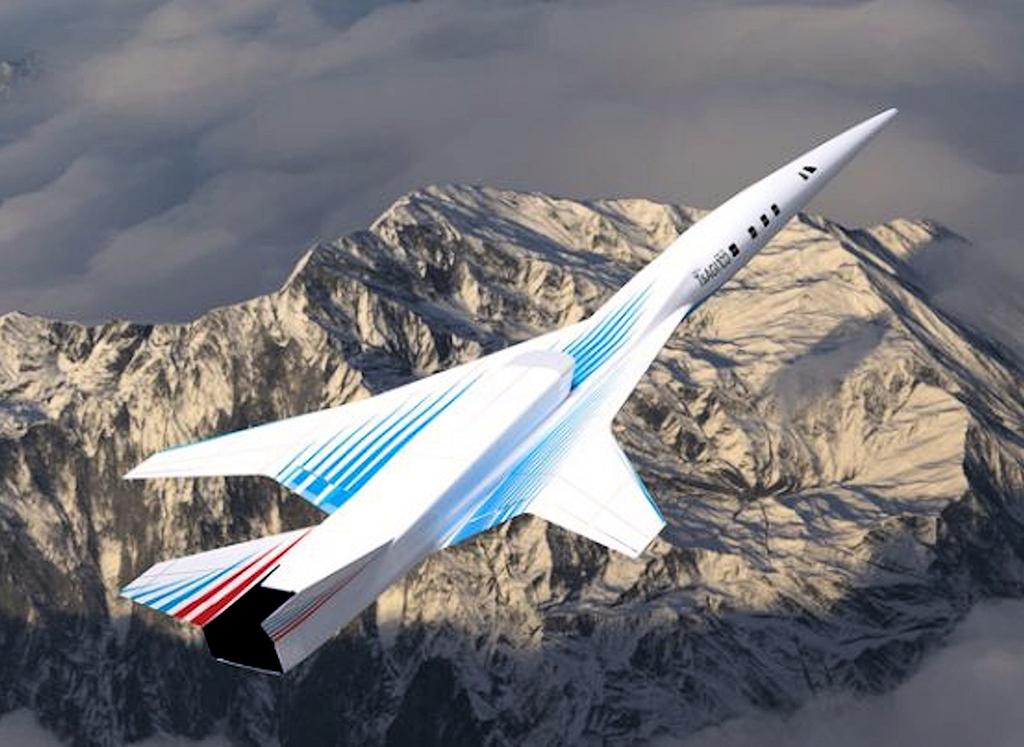 Russia’s Central Aero- and Hydrodynamic Institute (TsAGI) announced in 2017 a project with other government research agencies to conceive and power a light supersonic business jet able to fly 5,000 nm and with a sonic boom of only 65–70 PLdB (equivalent to city background noise). In addition to an optimal flight speed of Mach 1.6-1.8, the aircraft would have a second “sweet spot” at around Mach 0.9 for transit over populated areas. Government backing was confirmed in August, with a view to flying a scaled-down demonstrator in 2023. 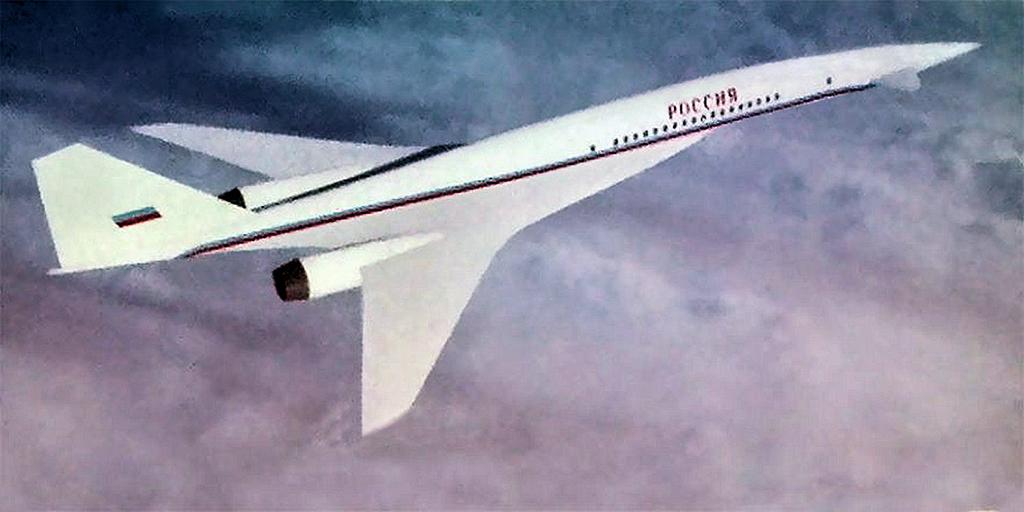 Tupolev in January 2019 announced plans to fly a supersonic business jet demonstrator called in Russia the Sverkhzvukovogo Delovogo Samoleta (SDS) within five years, the fully representative prototype to follow three years later. Slightly modified details were confirmed this June, but a merger with the TsAGI project now appears to be a possibility. Design targets include a maximum speed of Mach 1.8 at 36,000 ft.; range of 4,300 nm; and passenger capacity options of 30 economy, 14 business-class, five business-class plus 18 economy or one VIP plus nine economy. 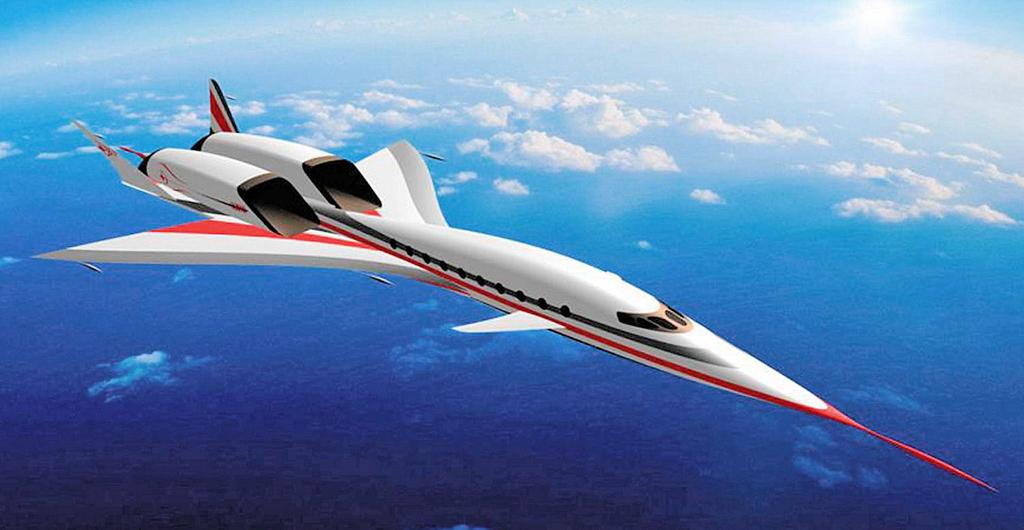 Revealed at the 2011 Paris Air Show, SonicStar was a 10-20-seat, Mach 3.5 business jet employing complex new technology including an electromagnetically generated plasma ion field facilitating a form of laminar flow and reducing the sonic boom. After considerable redesign as HyperStar, it was relaunched in 2016 to carry 36 passengers or 20 VIPs at Mach 5 over 7,000 nm at 80,000 ft. Bench runs of the innovative, 76,225-lb.-thrust H-Magjet 5500-X, two of which equip the aircraft, were due in 2019 to facilitate service entry in 2028, but there have been no recent progress reports. 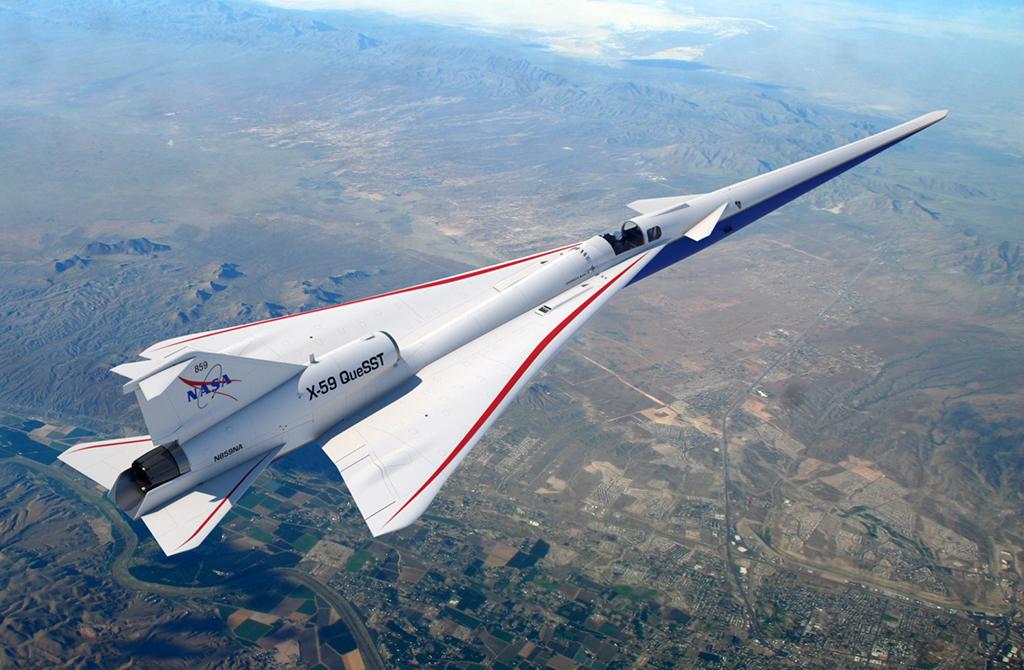 NASA ordered a Quiet Supersonic Technology demonstrator in February 2016 with the design task assigned to the Lockheed Martin Skunk Works. To fly in summer 2022 (its GE F414 engine was delivered in August), the X-59 is scheduled to start work with NASA in 2023. The aircraft is expected to cruise at Mach 1.4 at 55,000 ft. with the aim of demonstrating a ground-level supersonic non-boom no louder than “neighbors shutting a car door.” In numbers, that is 75 PLdB, whereas the Concorde generated 105 PLdB. The ultimate goal is to deliver results of community overflights to the International Civil Aviation Organization and FAA in 2027. With that information in hand, regulators will be able to decide if a change should be made to rules that prohibit supersonic flight over land—a decision that would be expected in 2028. 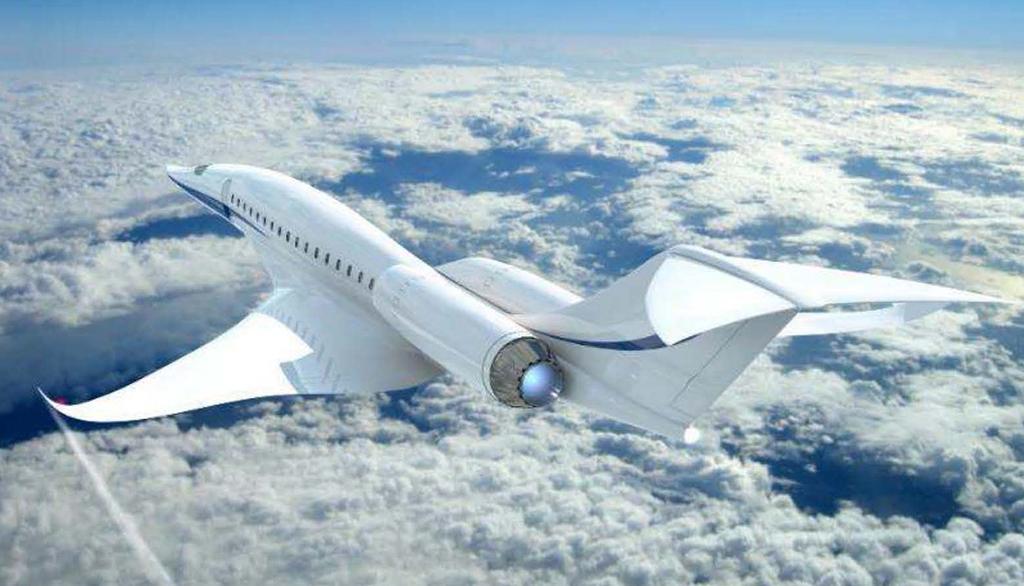 A robust low-boom design method developed by Japanese researchers should make it easier to certify quiet supersonic transports, says the Japan Aerospace Exploration Agency (JAXA). The design method was developed under the System Integration for Silent Supersonic Airplane Technologies (S4) program; the program has produced the design for a Mach 2 airliner capable of flying 50 passengers for 3,500 nm, a low sonic boom of 85 PLdB and landing and takeoff noise within Chapter 14 limits. As with NASA’s X-59 low-boom supersonic flight demonstrator, JAXA’s S4 design uses careful shaping of the aircraft’s cross-sectional area to control shockwave formation on the airframe and minimize sonic-boom intensity at ground level. Other key features include a natural laminar-flow airfoil to reduce cruise drag. JAXA now is working with Boeing to evaluate and verify the low-boom design technology; it already has worked with an unnamed manufacturer to develop a concept for an unmanned demonstrator to verify the low-boom design in flight.

The 2008 world financial crisis, and now COVID-19: Is it ever a good time to roll out the supersonic bizjet? However, some of the latest projects might just beat the odds.