Gallery: Eyes On The Skies With The Thunderbirds 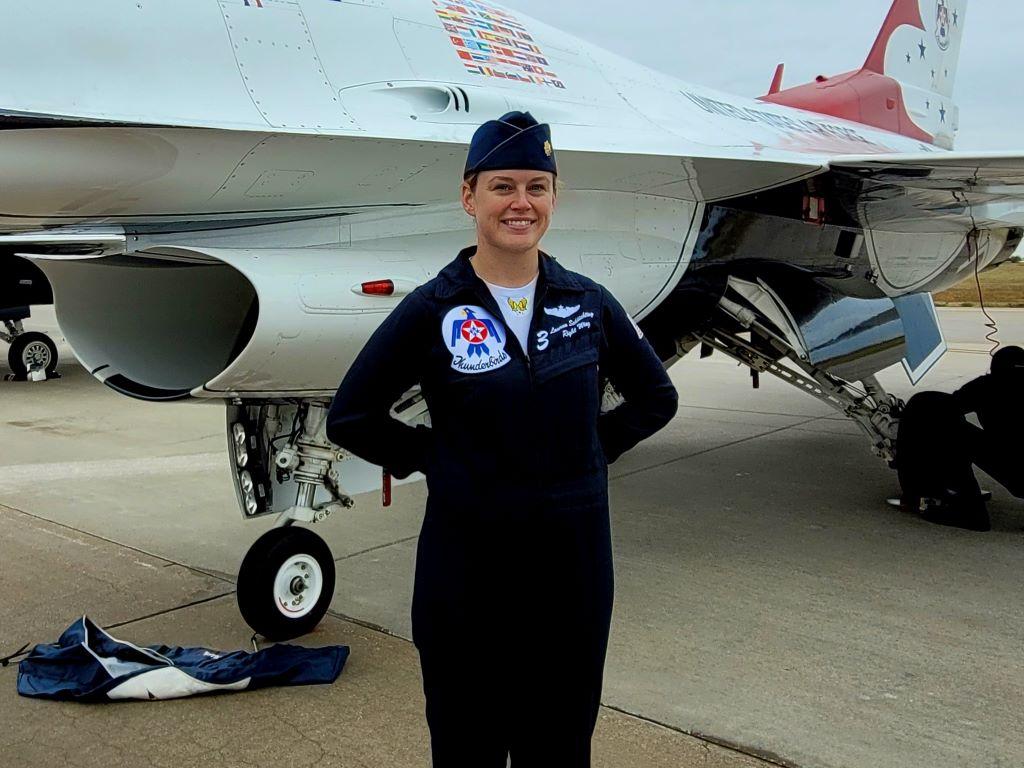 Maj. Lauren Schlichting, pilot of Thunderbird aircraft No. 3, is the only female pilot on the team today but is the sixth female Thunderbird pilot in squadron history. Schlichting said she wanted to be a fighter pilot growing up and loves what she does. The show schedule is busy. She realized recently, she laughed, that she spends more time in her F-16 jet than she does in her car. Credit: Molly McMillin 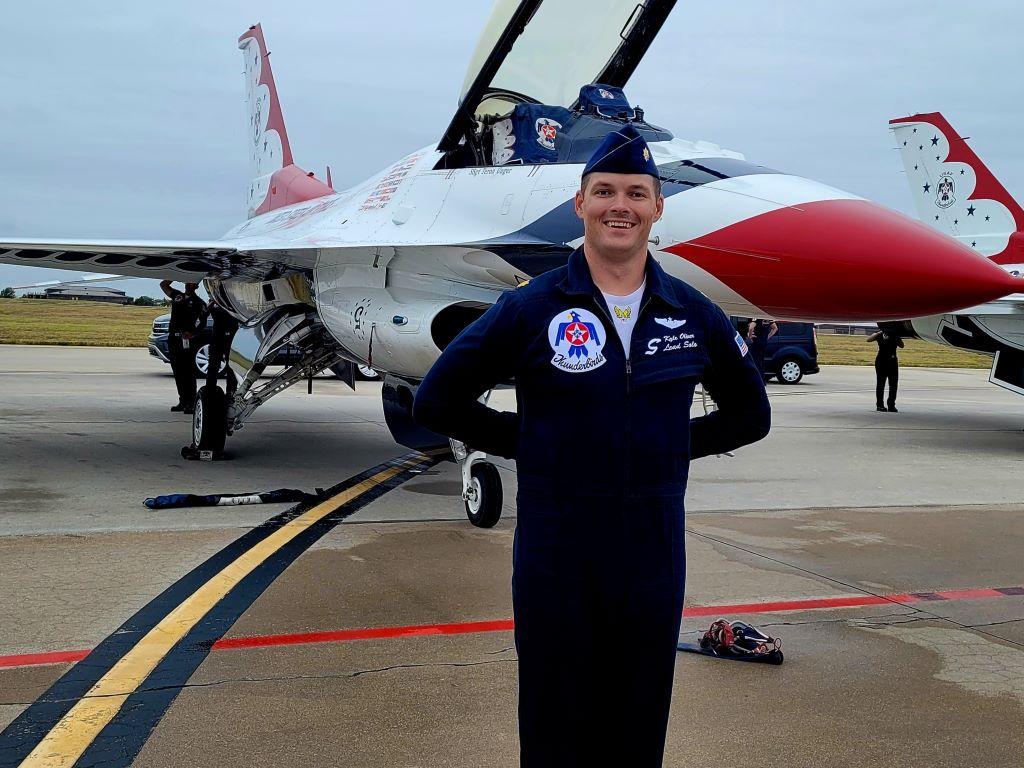 Growing up in a U.S. Air Force family, Maj. Kyle Oliver, the No. 5 pilot in the Thunderbirds air demonstration squadron, knew from a young age he wanted to join the military and fly jets. But it was after watching the Thunderbirds fly their Lockheed Martin F-16 Fighting Falcons during a Dayton, Ohio, airshow in 2005 that he knew he wanted to join the team. “I remember it like it was yesterday,” Oliver says. Credit: Molly McMillin 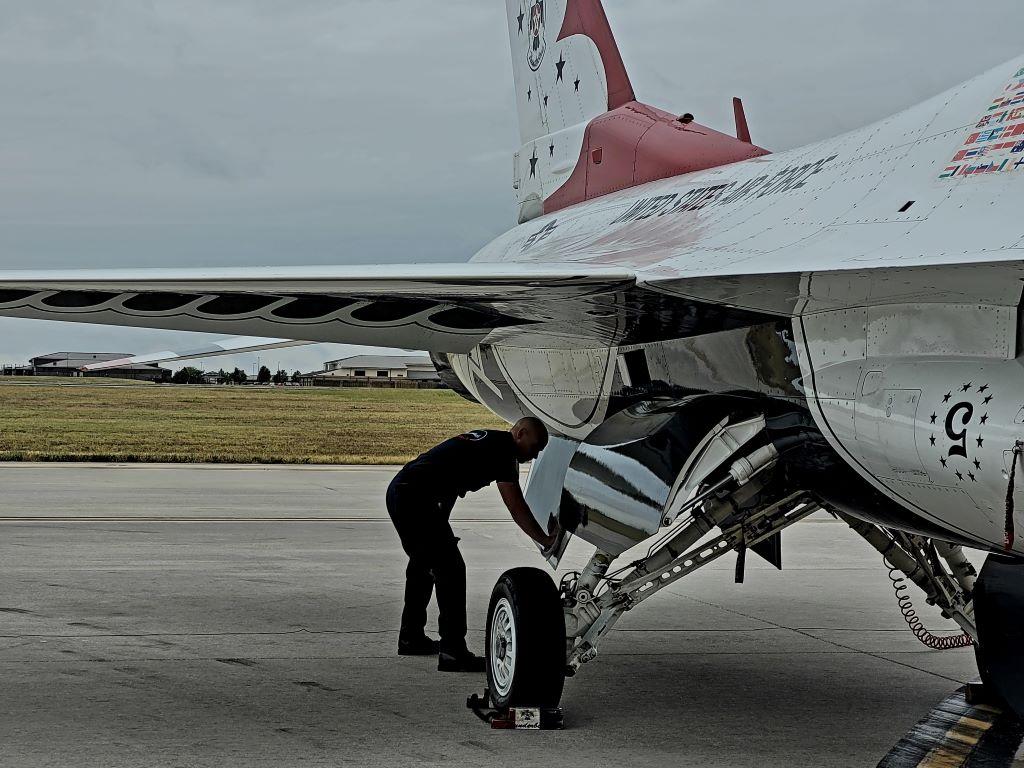 Oliver joined the Thunderbirds team in 2019. The flying is a challenge. “It never gets easy,” Oliver says. It also takes a lot of trust. “You’re going to see aircraft as close as 18 inches apart.” Here, Oliver's No 5 jet arrives in Wichita for the show. Credit: Molly McMillin 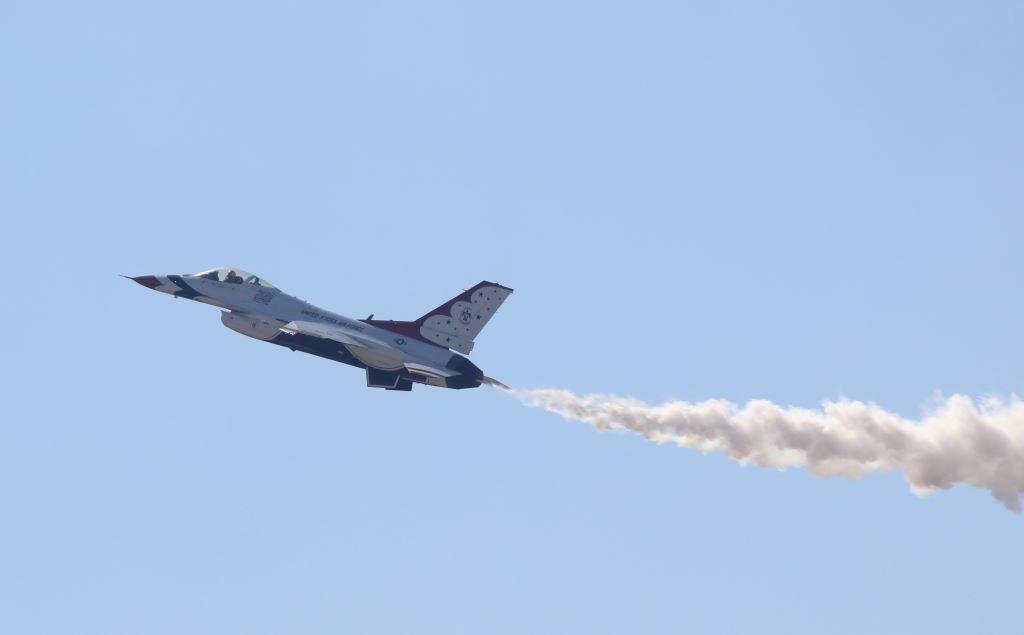 Oliver, as pilot of Thunderbird No. 5, and the No. 6 pilot perform solos. “We’re going to take lines from opposite ends, each doing 500 mph, and we will do opposing passes over the show center with 1,000 mph of closure and pass [one another] within not that many feet—our opposing passes,” Oliver explains. “So, the level of trust that it takes to do this is something that takes a really long time to build.” Credit: Molly McMillin 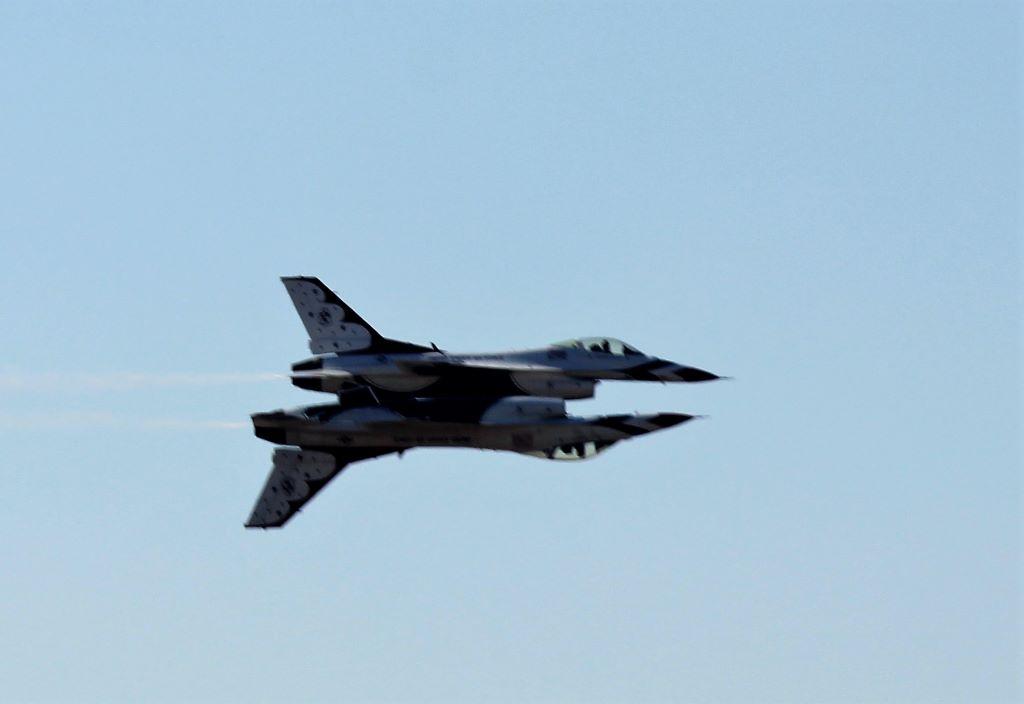 Focus On A Wingtip

As the lead in the solo flying, Oliver constantly must think about airspeed and altitude, and whether he is in the correct spot. He also must focus on Thunderbird No. 6 and make spacing adjustments for the two of them. Once in formation flight, his focus changes to the wingtip of No. 3, Schlichting’s aircraft. “I will stare at that missile rail basically until it’s time to get away from the formation,” he says. Credit: Molly McMillin 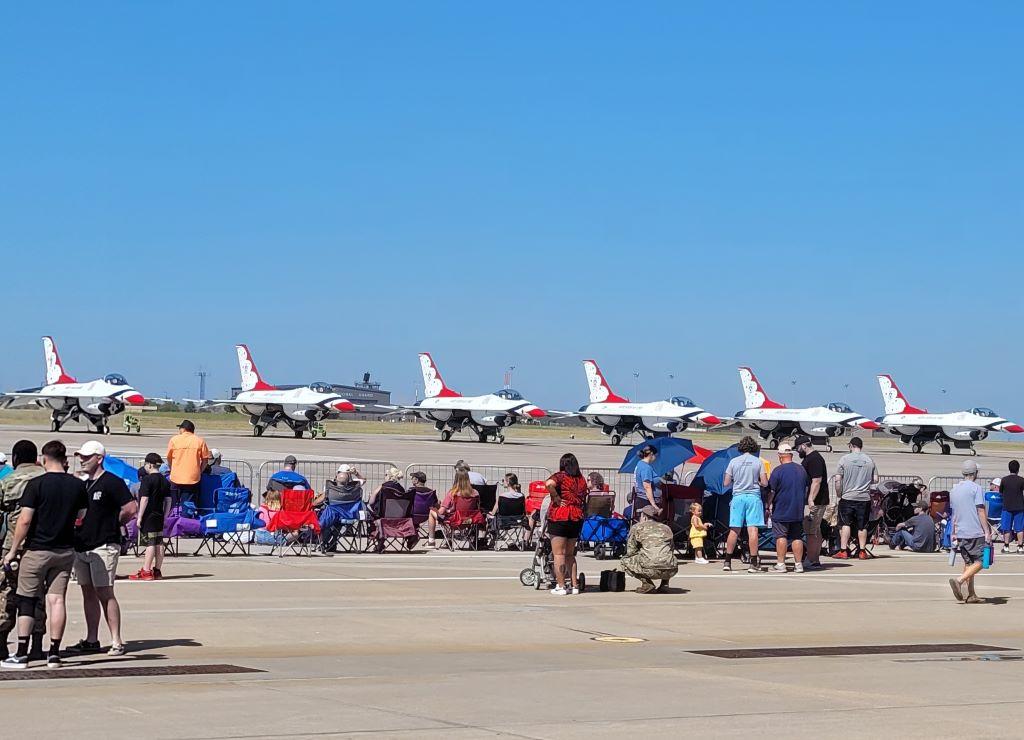 The Thunderbirds squadron is a main attraction at airshows around country, including at the McConnell Air Force Base Frontiers in Flight airshow in Wichita. Organizers expected 30,000 attendees each day of the show. Credit: Molly McMillin