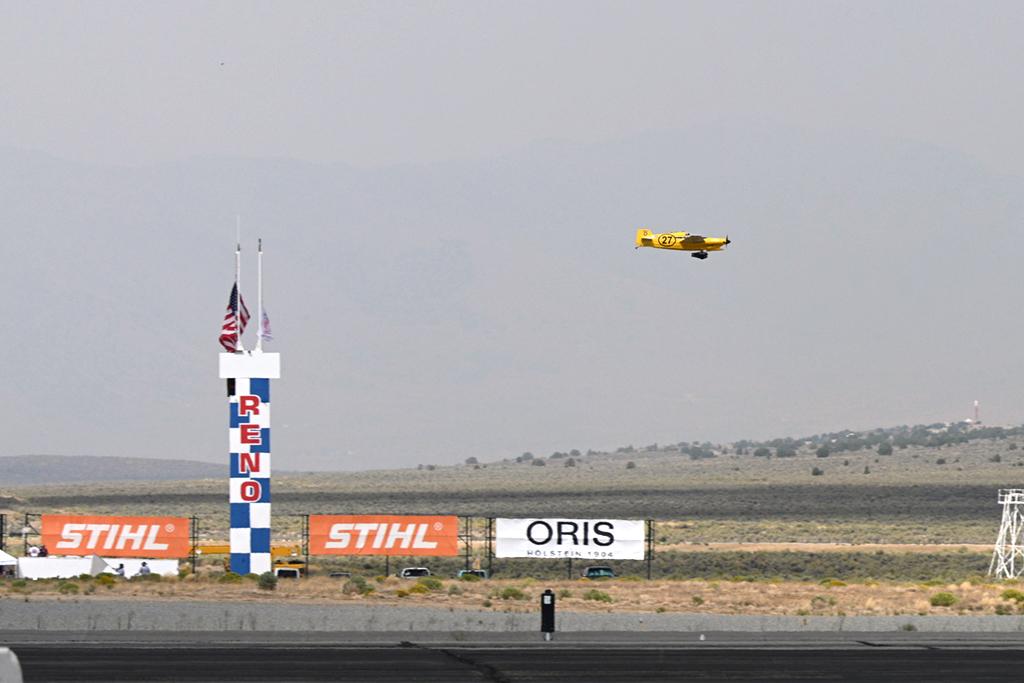 BCA Digest contributor and Business Aviation Insider columnist Kent Jackson raced in the Formula One class at the Stihl National Championship Air Races in Reno, Nevada, Sept 14 -18, 2022. Jackson qualified with his aircraft #27 Once More for the Gold division. He flew on the 3.1875-mi. course with a lap time of 00:54.258 averaging 206.943 mph. Race officials canceled and delayed several heats due to smoky conditions from the Mosquito Fire in California, just west of Reno. 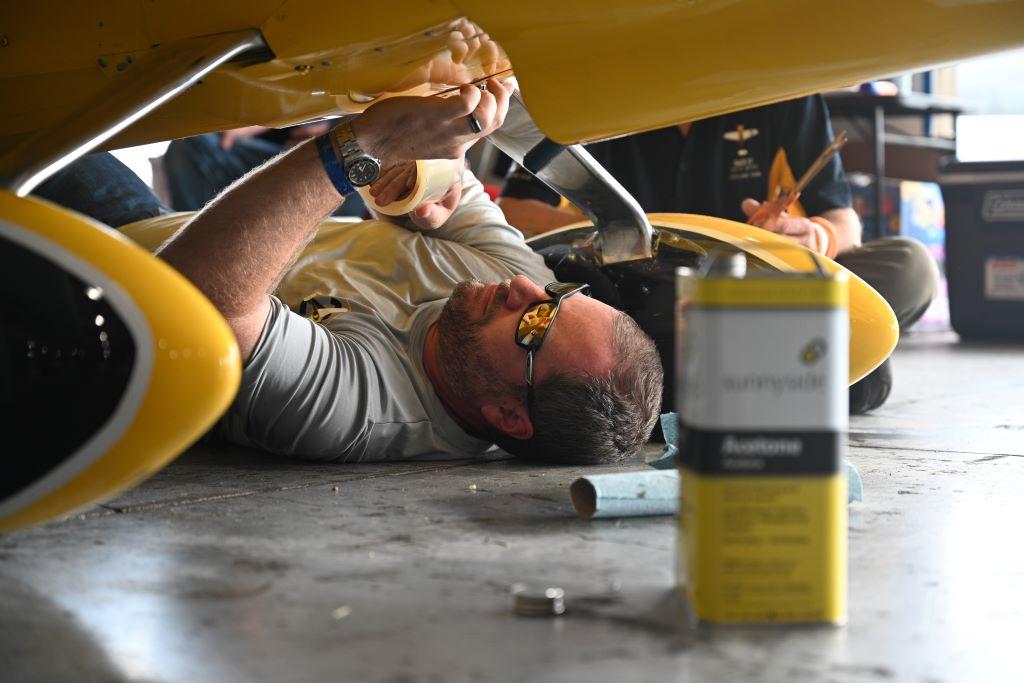 Tim Nuhfer, crew member, adds “speed tape” to streamline Once More before a heat. After each race, the crew conducts a thorough inspection of the plane to prep for the next heat. Credit: George Hague 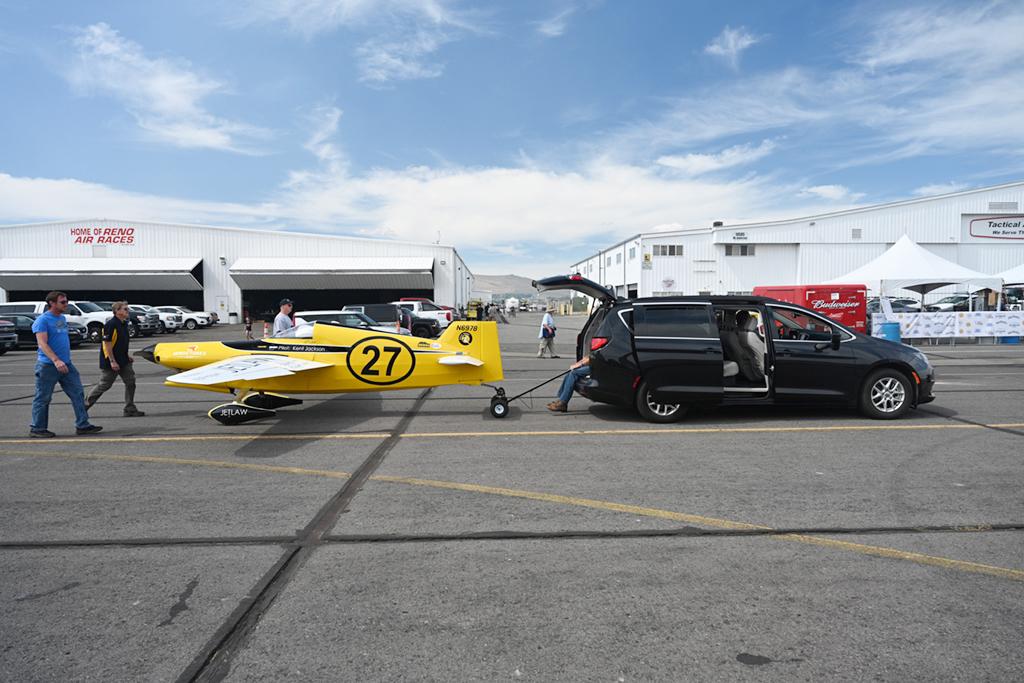 Rolling Out Once More

The Once More pit crew rolls out #27 Once More for a Formula One Gold heat. Thirteen Formula One teams qualified for the race with eight racing in the Gold division and five competing in Silver. 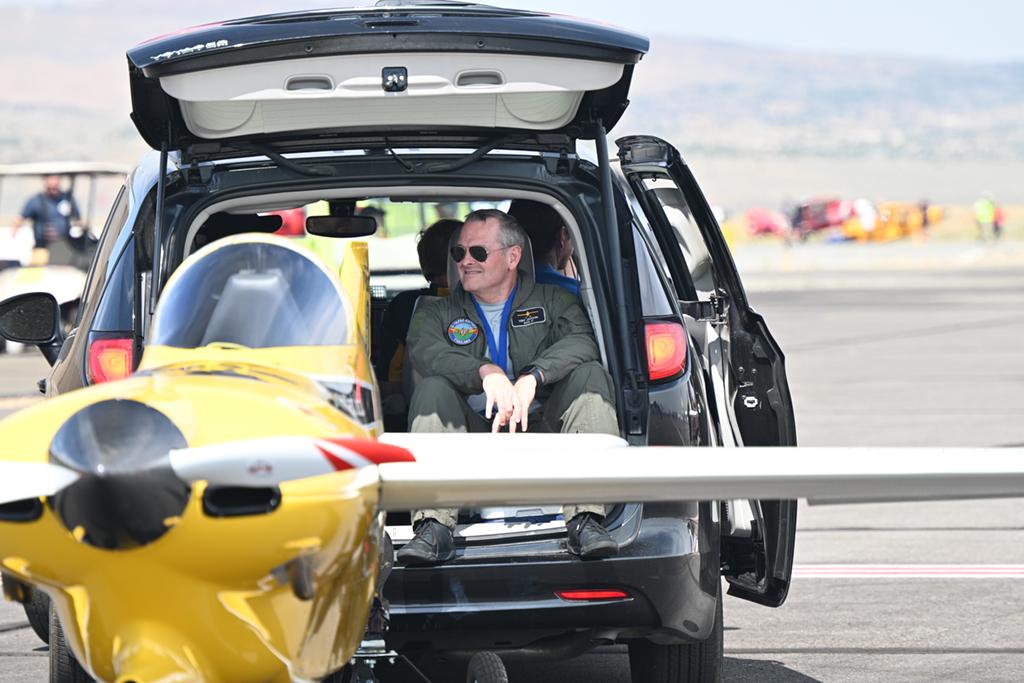 Kent Jackson, pilot of Once More, waits for the call to stage the aircraft on the runway. 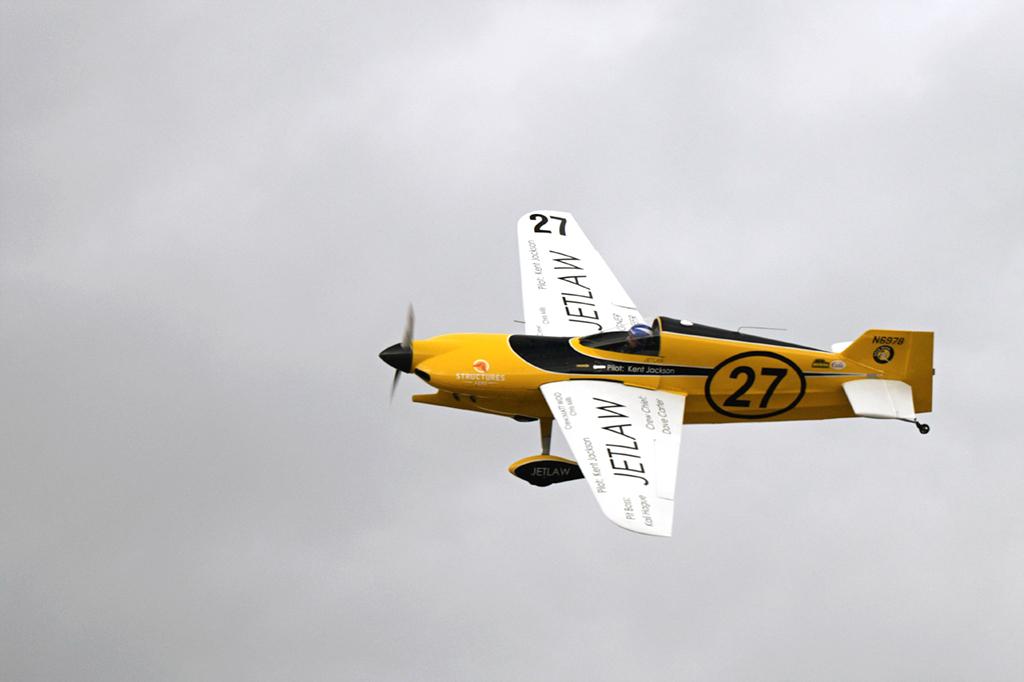 Kent Jackson is known for flying a “good line” at Reno. He has qualified for the National Championship Air Races since 2016. Jackson is a type-rated airline transport pilot, flight instructor and repairman with flight experience in Part 91 and 135 operations. He is founder and managing partner at Jetlaw, an aviation law firm with offices in Washington, D.C., and Kansas City. 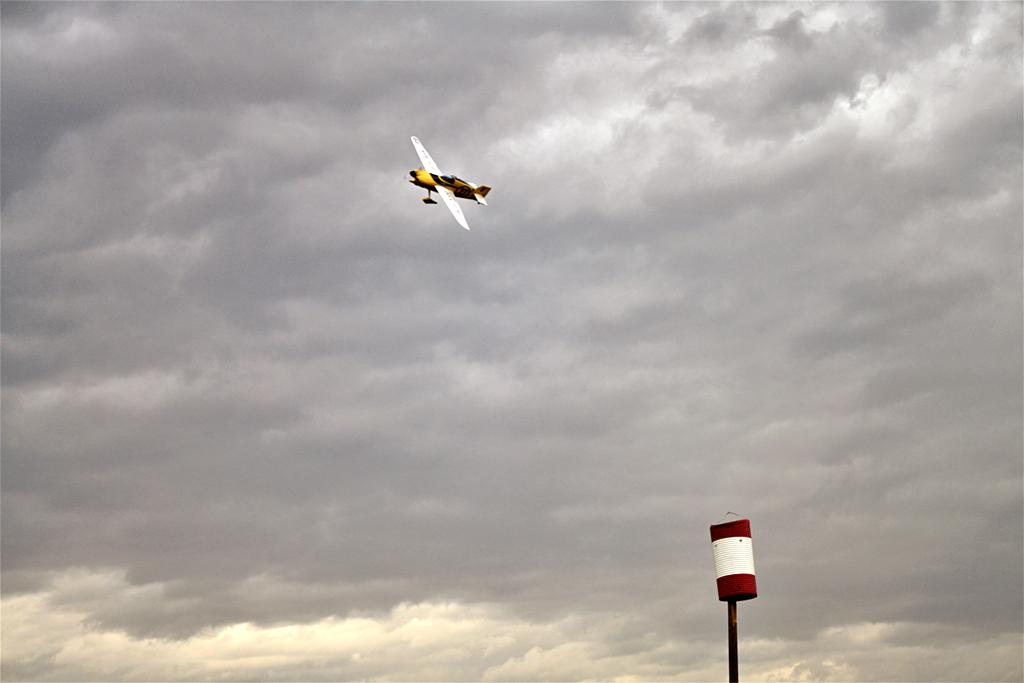 Kent Jackson rounds Pylon 4 on the 3.1875-mi. Formula One course. The race is eight laps for a total of 25.5 miles. Jackson placed sixth of eight racers in the Gold division with an average speed of 199.747 mph. 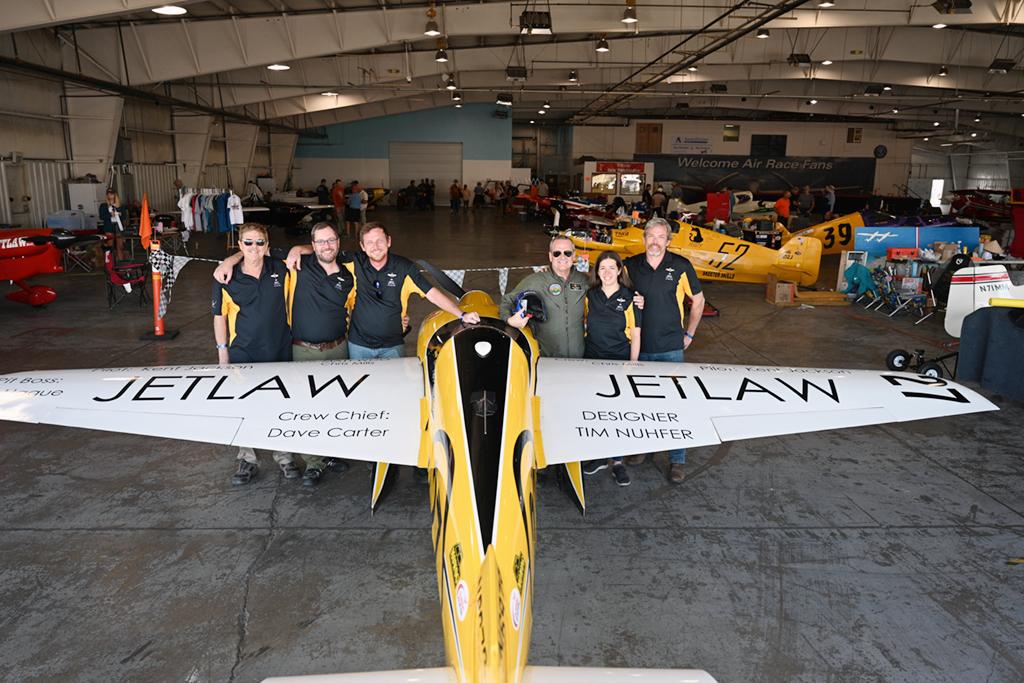 Pit Crew Of The Year 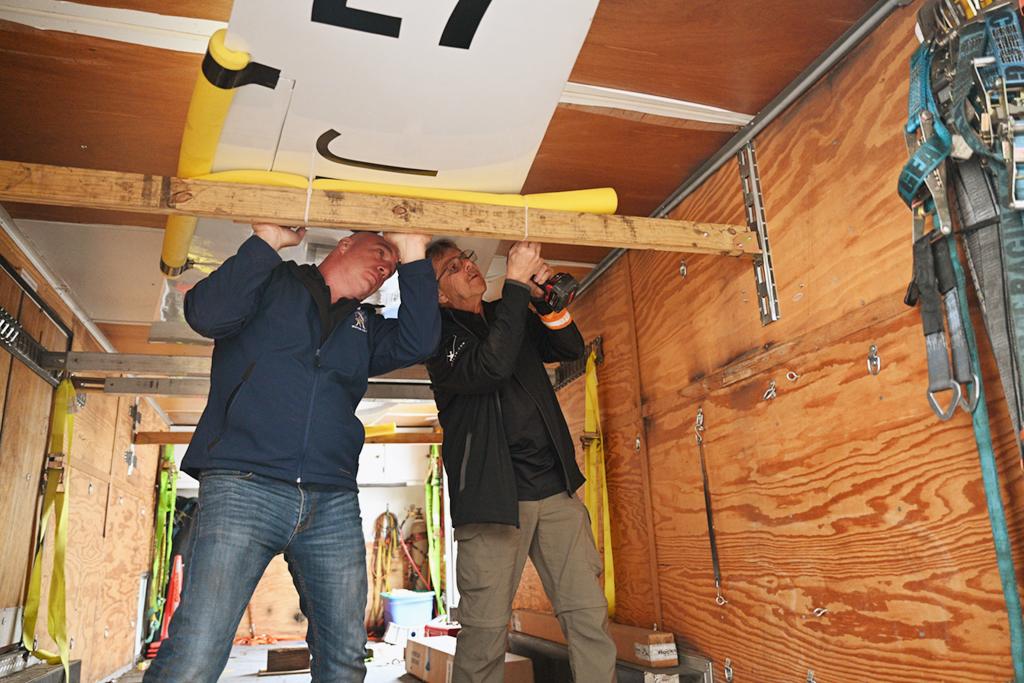 Securing The Wing For The Ride Home

Keith Nuhfer, left, and Dave Carter, crew chief, secure the removable wing of Once More for the trip home. Packing the aircraft requires attention to details. It is easy for the aircraft to get damaged during travel. 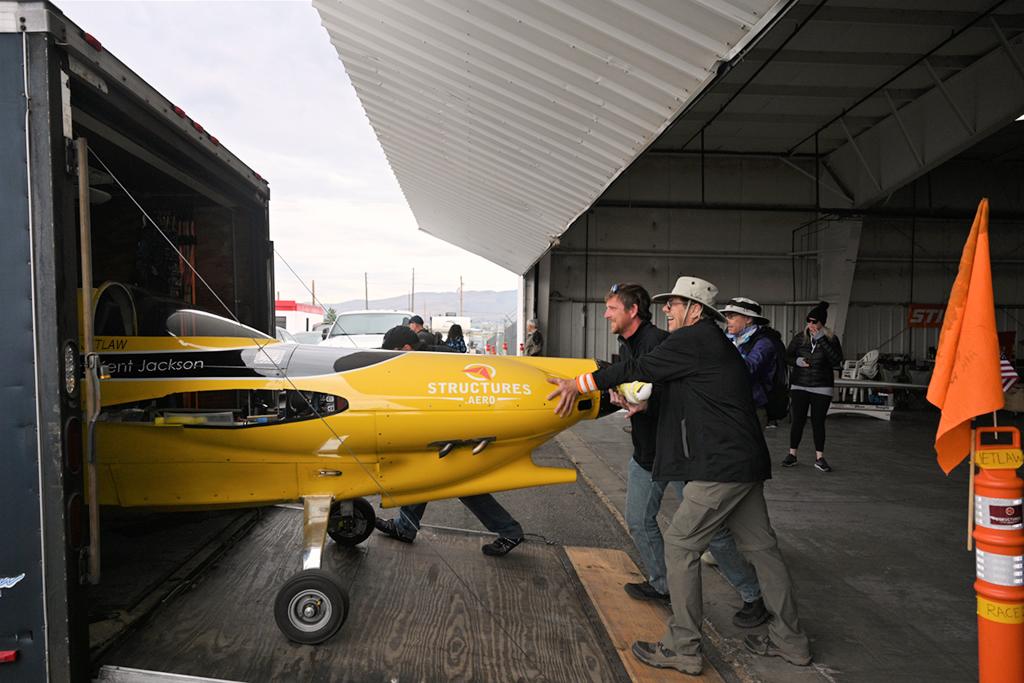 Matt Woo, crew member, (left) and Dave Carter, crew chief, roll Once More into the travel trailer for the 2,630-mi. journey back home to Virginia. Once there, the pit crew will tear down the engine, make modifications to the airframe and plan for next year.

The Stihl National Championship Air Races took place Sept. 14-18 in Reno, Nevada. The Reno Air Racing Association has hosted the event for more than 50 years. In 2023, the air races are scheduled for Sept. 13-17.