Gallery: B-29 'Doc' Back In Air After Engine Swap 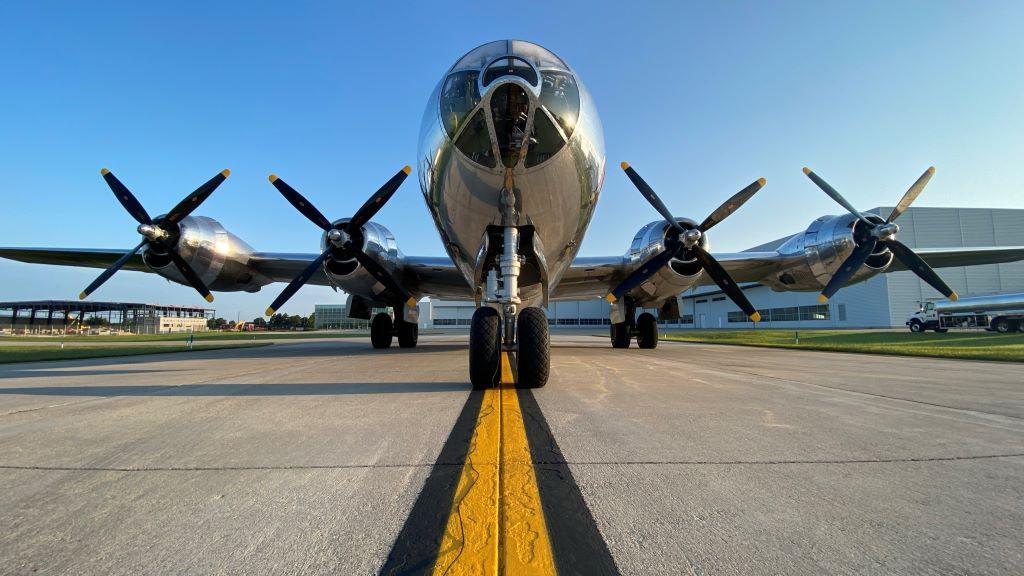 The B-29 bomber called “Doc” was on its way to Oshkosh, Wisconsin, for EAA AirVenture, the last of a six-city summer tour, when pilots noticed “some oddities in the engine readings in the engine gauges,” says Josh Wells, general manager and executive director of Doc’s Friends, a nonprofit organization. They decided to land for safety’s sake. Credit: Doc's Friends 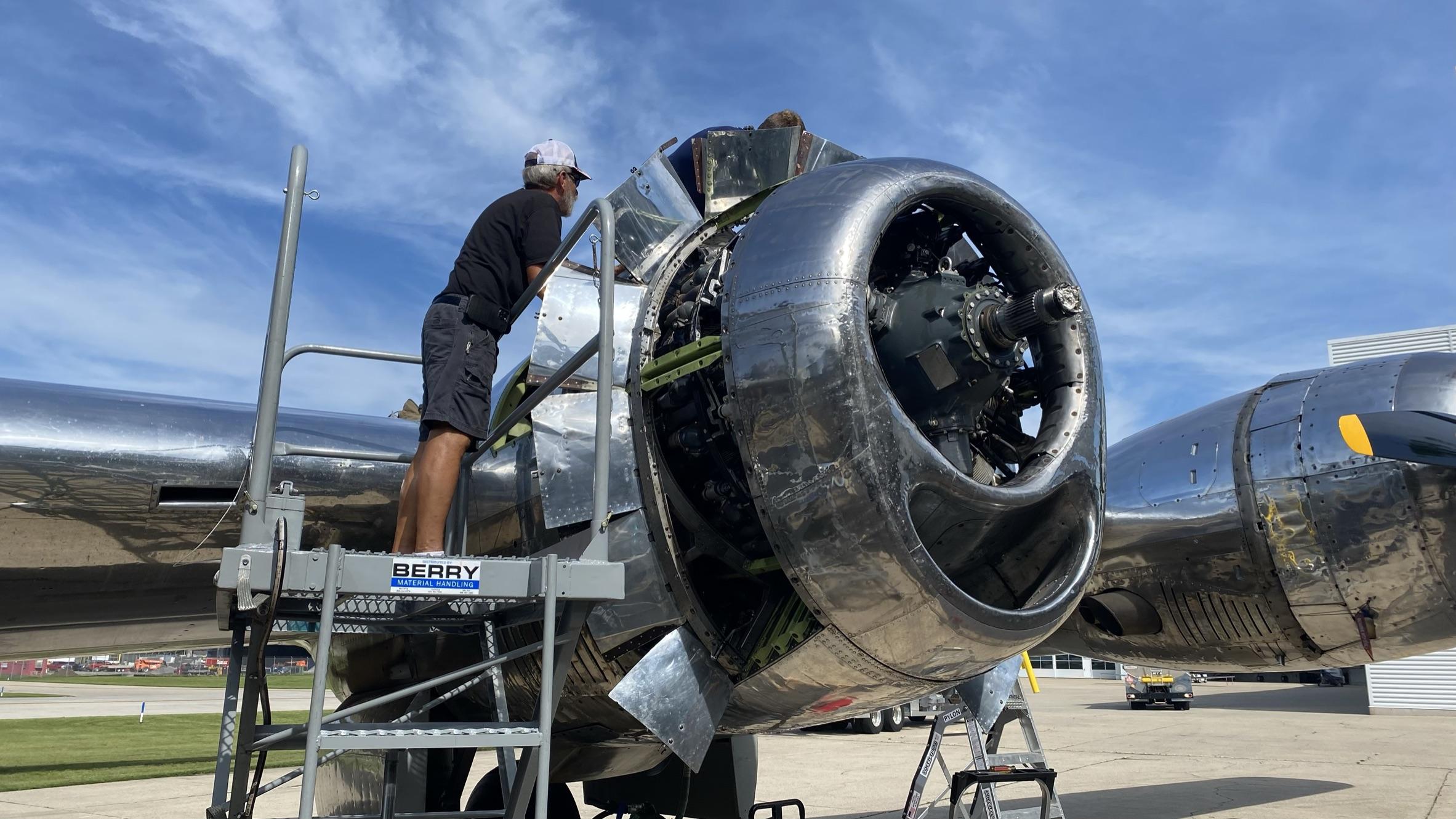 The crew diverted to Gerald R. Ford International Airport in Grand Rapids, Michigan, and began to search for a temporary hangar for the aircraft. They noticed the large hangars of the Amway Aviation, the flight department of the health, beauty and home care company. Credit: Doc's Friends 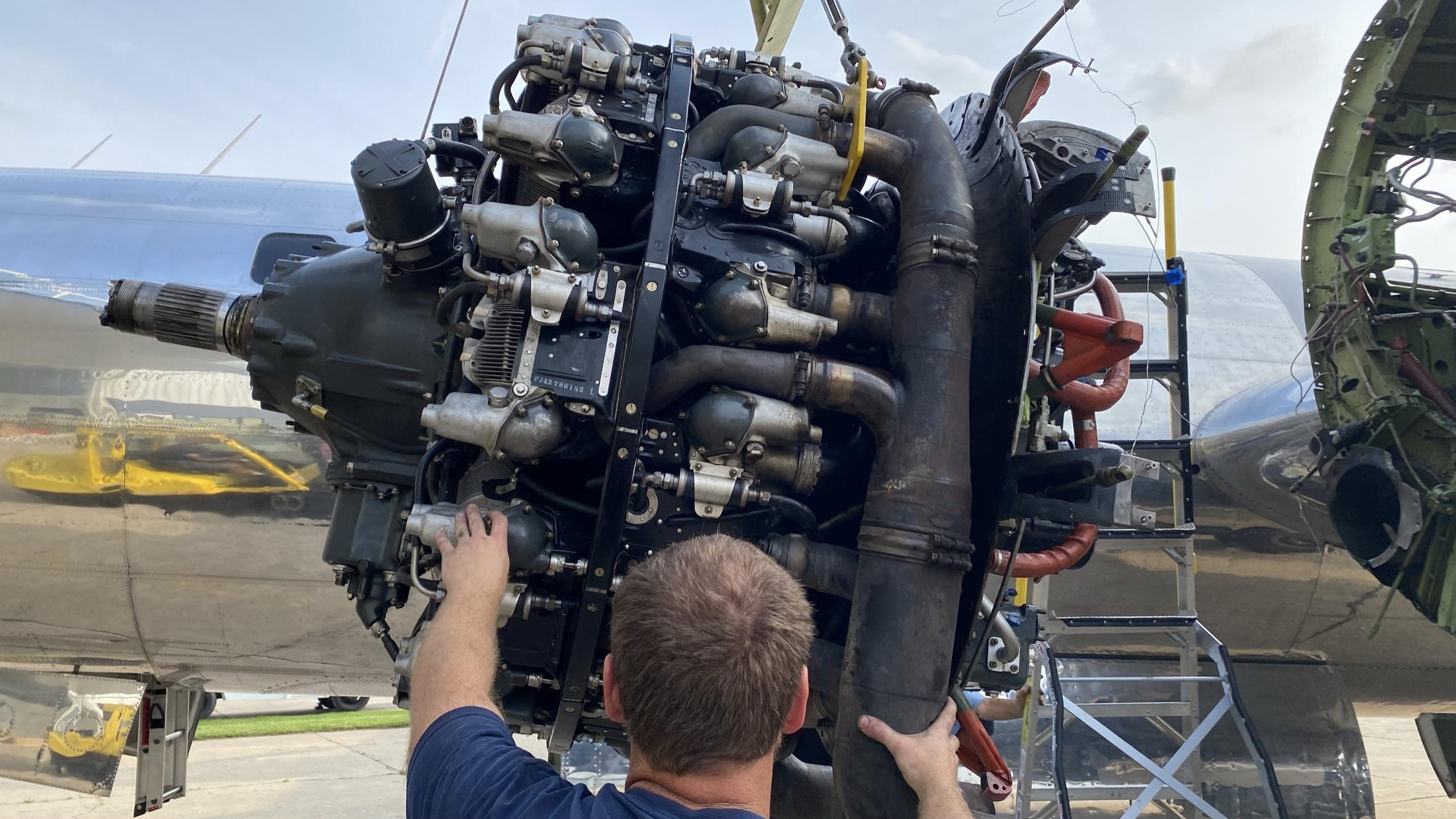 The crew reached the head of Amway’s aviation department, who happened to be Col. (ret.) Mark Tillman, former pilot and commander of Air Force One. Tillman was pilot-in-command on Sept. 11, 2001, and flew then-President George W. Bush from Sarasota, Florida, to secure locations that day and in the days to come. His last mission on Air Force One was flying Bush home to Texas at the end of his president. Credit: Doc's Friends 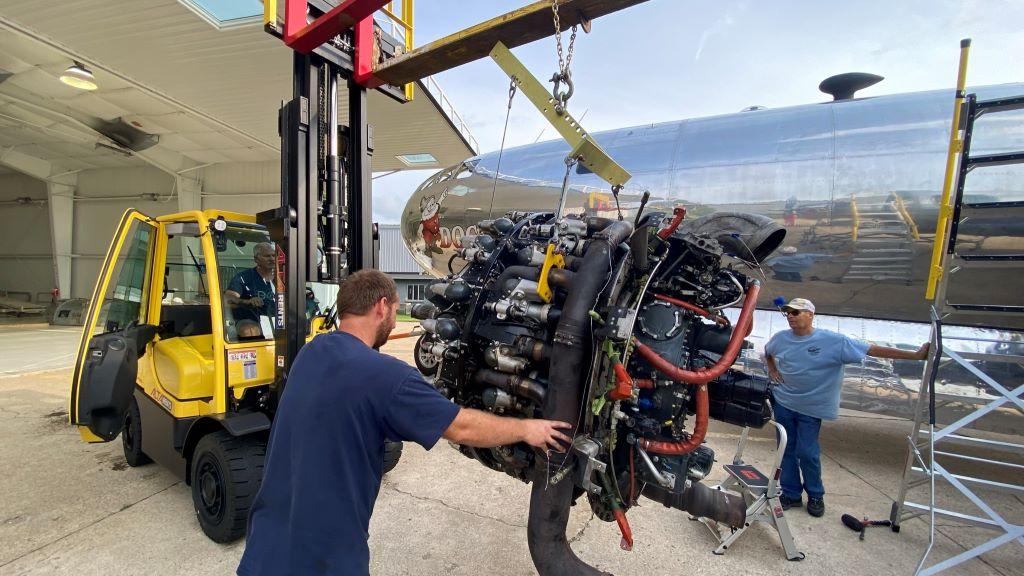 Tillman offered the B-29 shelter in one of its hangars and help in any way possible, Wells says. Doc’s crew returned to Wichita for two weeks to retrieve Doc’s fifth engine, propeller stand, tooling, supplies and the seven volunteers needed to change out the engine, perform ground testing and get the aircraft back in the air. \In 2013, Doc’s Friends board of directors decided to purchase five Curtis Wright R3350 radial engines so they could have an extra one on hand to prepare for a time such as this, Wells says. It was a good call. Credit: Doc's Friends 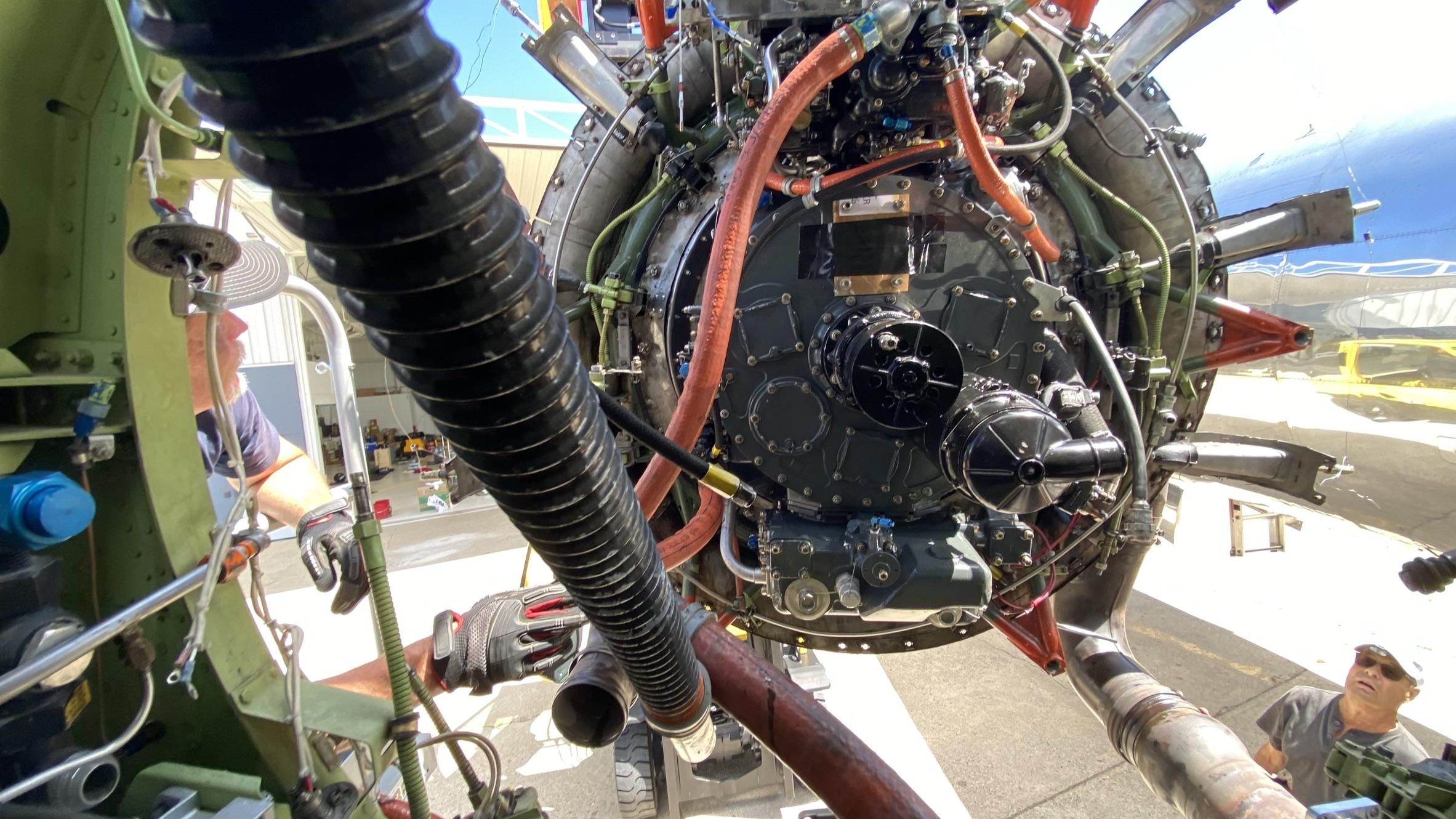 Behaving As It Should

Volunteers replaced the engine, and the aircraft is running and behaving as it should now, Wells says. The engine removed from the aircraft is undergoing inspection and will be overhauled or repaired as needed. Credit: Doc's Friends 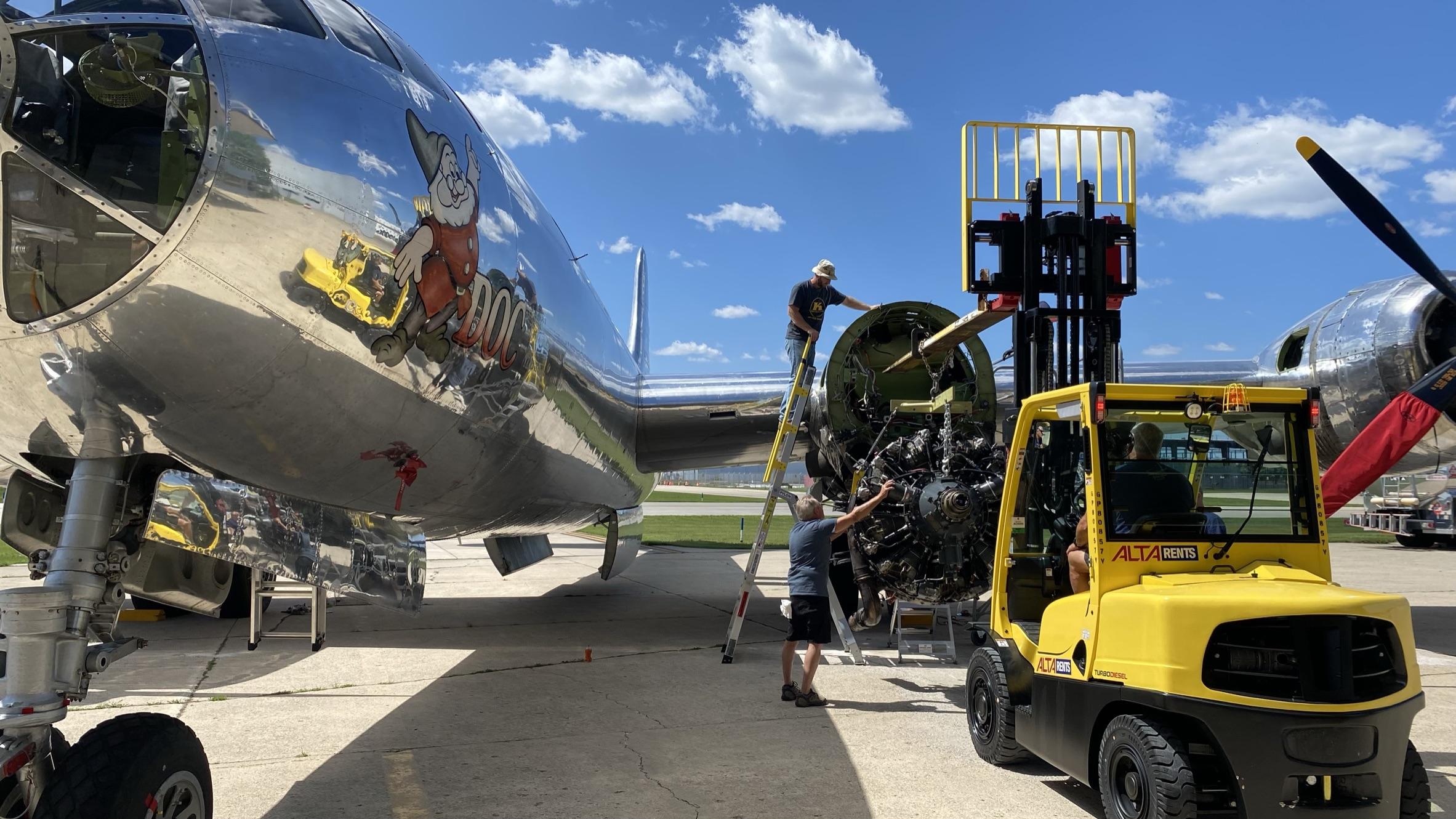 The B-29 is scheduled to begin tours and give rides in New Mexico and in California in a fall tour. For dates and details visit www.b29doc.com/rides. Credit: Doc's Friends 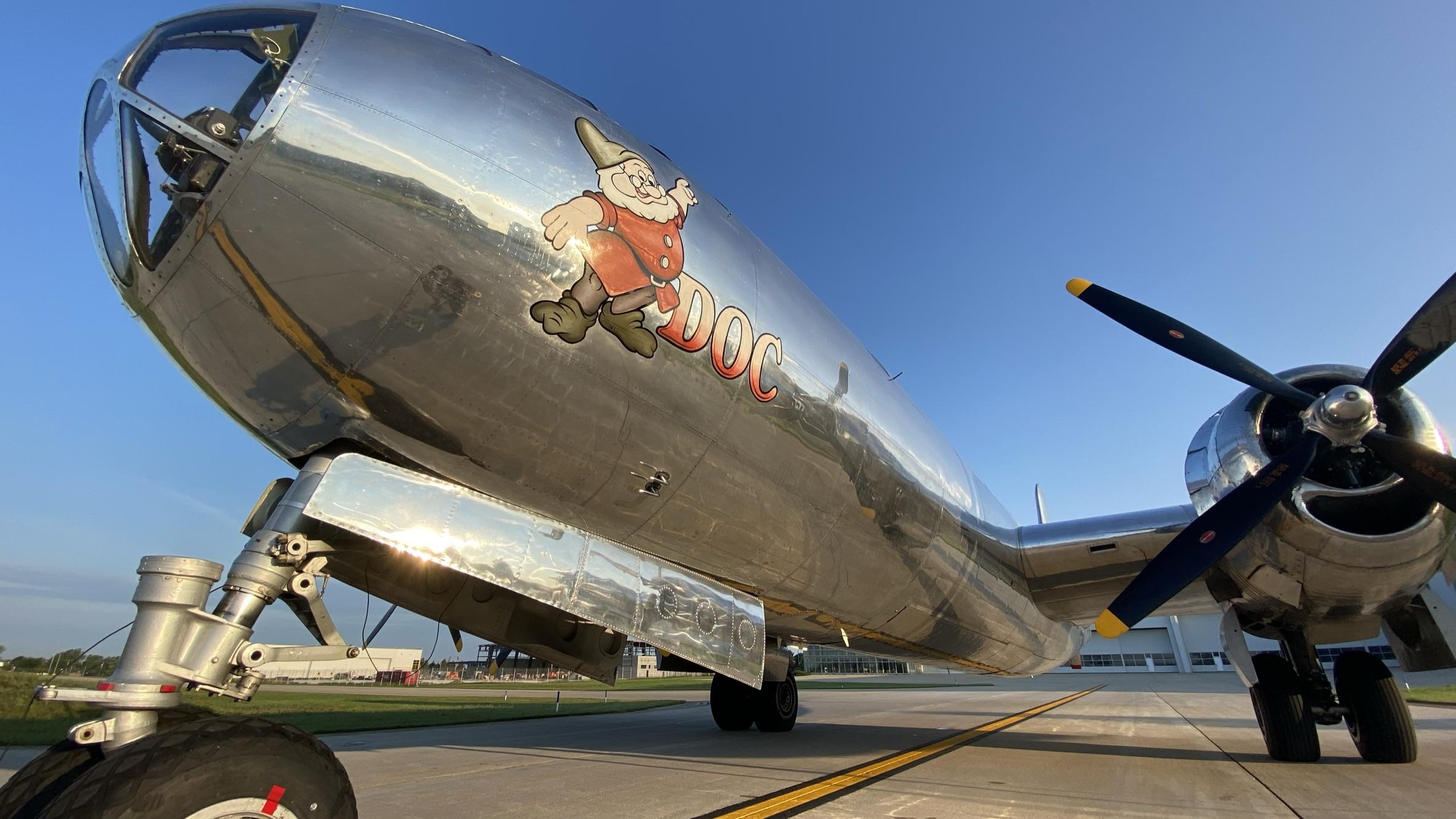 Snow White And The Seven Dwarfs

The B-29 known as “Doc” was part of a squadran of eight aircraft known as ow White and the Seven Dwarfs. It is one of 1,644 B-29s manufactured in Wichita during World War II> Volunteers spent more than 450,000 hr. restoring the aircraft, which made its first flight in 2016. Credit: Doc's Friends

The B-29 Superfortress known as “Doc” missed EAA AirVenture Oshkosh in July because of engine troubles that arose on its flight there. Pilots of the restored bomber, one of only two B-29s in flyable condition, decided to land for safety’s sake rather than continue the trip. The aircraft is back home in Wichita and preparing for its 2021 fall tour.