Editor’s note: This is the first of two consecutive daily installments

During a year that saw flight activity slowed by the COVID-19 pandemic, Gulfstream Aerospace in June 2020 announced the 200th delivery of its G280 super-midsize twin, a milestone that attests to the ongoing popularity of the manufacturer’s smallest business jet.

The G280 is derived from the Israel Aircraft Industries (IAI) Galaxy twinjet, which Gulfstream renamed the G200 when it purchased IAI’s Galaxy Aerospace subsidiary in 2001. But the fuselage is where the similarities end; the G280 was rebuilt with new engines, wing, empennage, interior and avionics. Autothrottle and autobrake systems are standard.

IAI assembles the G280 in Israel, then flies green aircraft to Gulfstream’s mid-cabin completions center at Dallas Love Field for finishing and painting. IAI contracted with Korea Aerospace Industries (KAI) in June 2019 to supply the G280’s wing, which was previously supplied by Triumph Aerospace Structures. IAI and KAI reached another agreement in December 2020 for the supply of select fuselage structures.

The manufacturer touts the G280’s authorization by the FAA for approach-to-land operations using an optional enhanced flight vision system (EFVS), announced by Gulfstream in May 2019. The approval allows pilots to fly certain instrument approaches all the way to landing without seeing the runway by using enhanced vision system (EVS) imagery presented on the head-up-display. 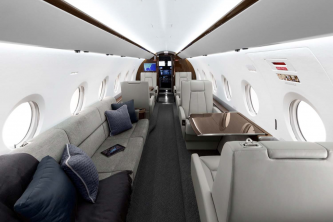 The G280 was certified by the FAA and Civil Aviation Authority of Israel for steep approach operations in October 2016, gaining approval to fly in and out of London City Airport, with its 5.5-degree glideslope and 4,948-ft. runway. It holds 75 city-pair speed records.

As a turbulent 2020 came to an end, there were 13 G280s—or just 6% of the fleet—for sale, up slightly from 10 units at the close of 2019, said Johnny Foster, president and CEO of OGARAJETS, an International Aircraft Dealers Association accredited dealer based in Atlanta.

The slight increase in available supply was not of concern to Foster, who attributed the increase to both predictable and unpredictable factors. Gulfstream started delivering G280s in 2012 and ramped up production in 2013, he noted. As of 2019, the pre-owned market began to see aircraft from the earliest vintage of G280s reaching their 5-year warranty period. The timing then further aligned in 2020 with a broad slowdown in market activity created by the COVID-19 pandemic, which further fueled the supply.

“It wasn’t unexpected to see the level of supply beginning to grow as we’re now basically seven years into the maturity of the fleet,” says Foster. “You’ve tapped into those first roughly 50-60 serial numbers that are now out of the five-year warranty protection. That’s a very predictable measure.”

Asking prices for pre-owned G280s range from $10.5 million to $16.5 million, Foster says. The average equipped price of a factory-new G280 with options most buyers select is $24.5 million, according to the winter 2020 edition of the Aircraft Bluebook.

Editor’s note: Look for Installment #2 of two here in the next BCA Digest. 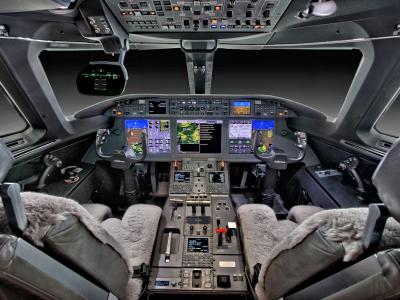