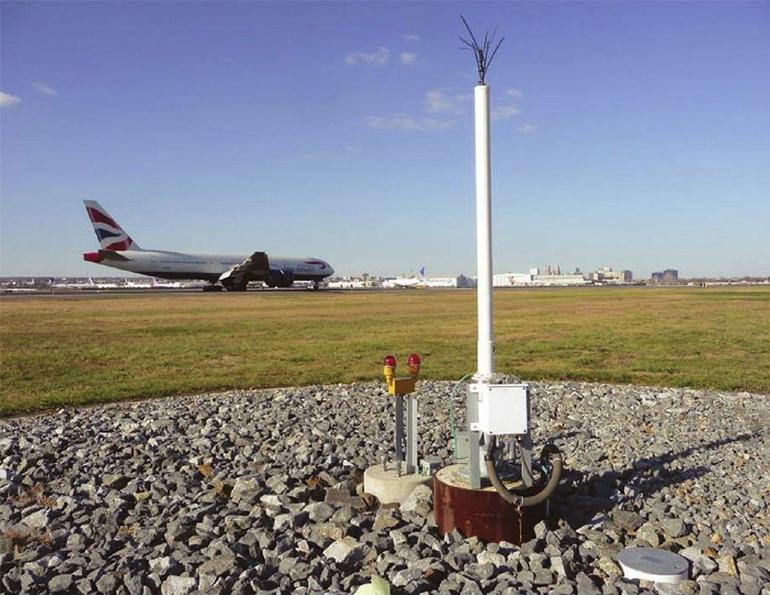 A ground-based augmentation of satellite navigation systems (GBAS) enables precision approaches while limiting the capacity reduction in low visibility, compared to the current instrument landing system. The improvement is estimated to be 2-6 landings per hour. Installation and maintenance costs are cut, too. Entry into service is expected by 2019. 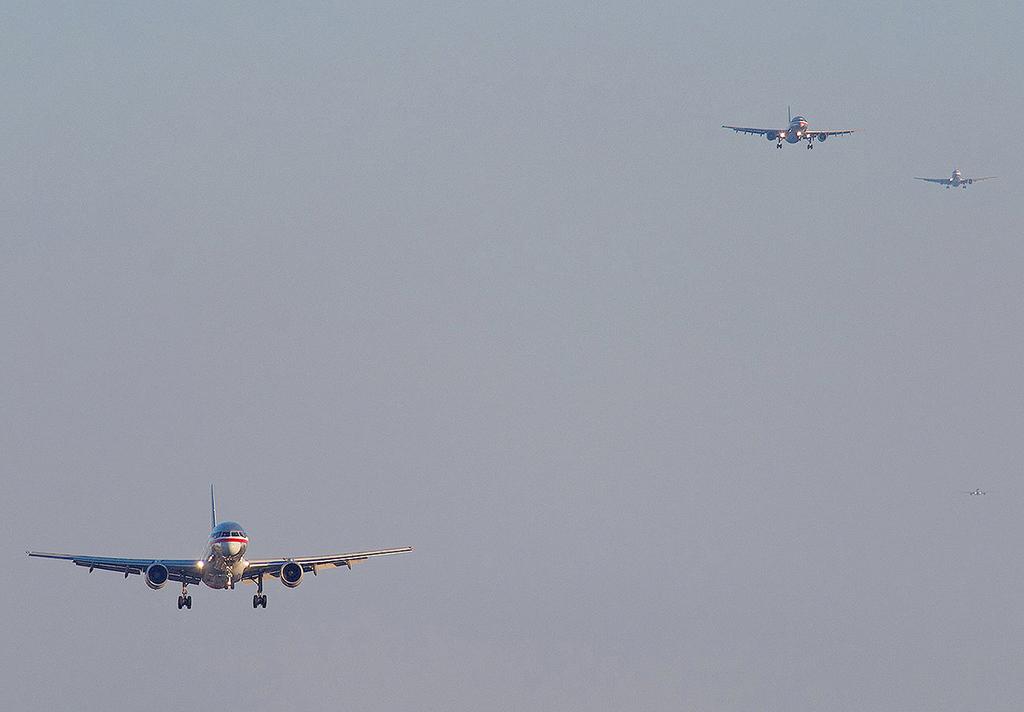 A separation distance is calculated to protect each approaching aircraft from the wake turbulence of the preceding one. However, as it is a ground distance, a strong headwind makes it a longer air distance, adding unnecessary margin. Time-based separation increases airport capacity by up to five landings per hour in such weather conditions. It entered service in 2015 at London Heathrow Airport and is to be deployed across Europe. 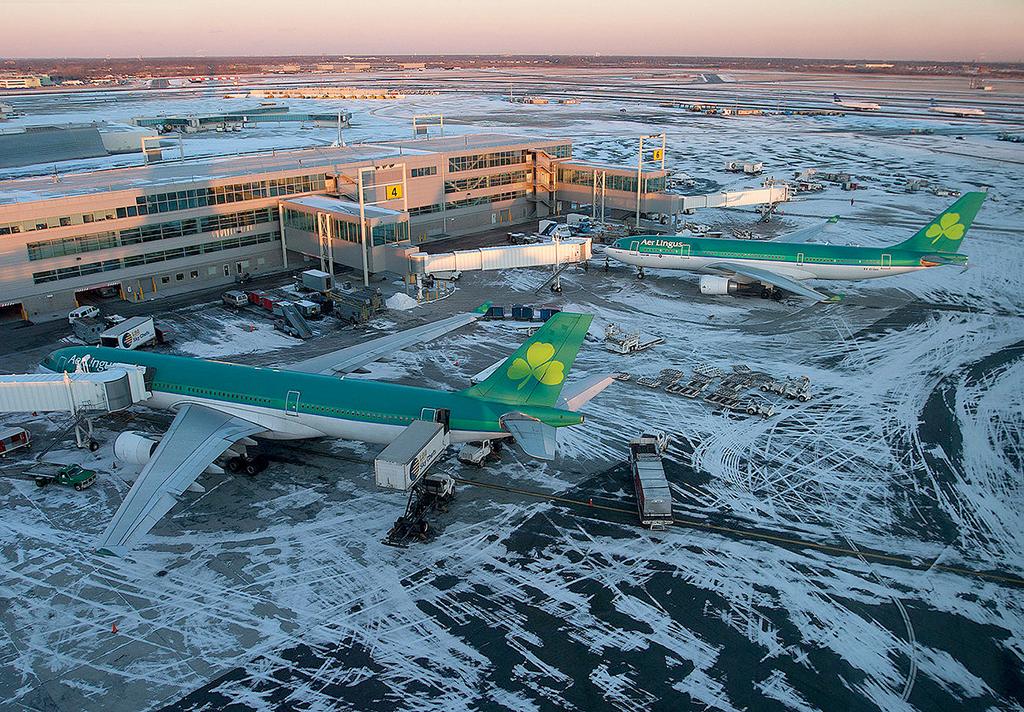 An airport traffic controller has to be aware of the position of every moving aircraft and ground vehicle, even in low visibility. A controller's display can provide early conflict warning, thanks to automatic dependent surveillance-broadcast (ADS-B) transponders on every aircraft and vehicle. An enhanced ground station discards erratic or spoof transmitters. The tool is ready for implementation. 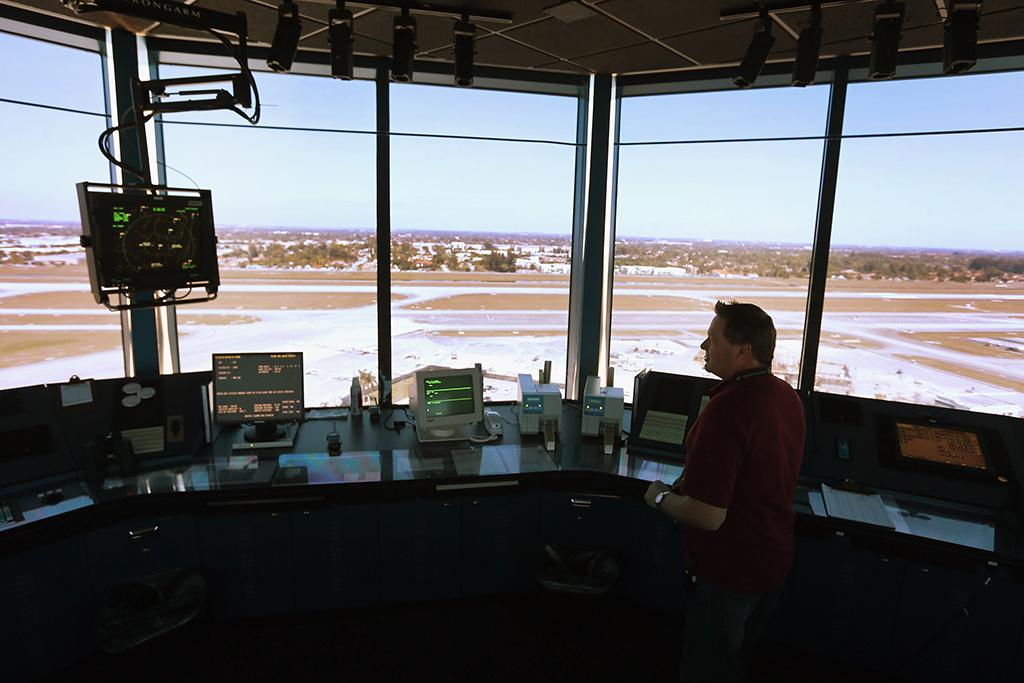 Air traffic controllers at small airports still often use paper strips instead of an electronic flight data-processing system. Small airports thus have limited integration into the larger ATM network, which restrains predictability of air traffic. A low-cost solution is a departure data entry panel, where the controller inputs clearances for push-back and takeoff. The local flow management center thus receives update messages that ultimately help increase capacity. The solution has been used at several locations, notably in the UK. 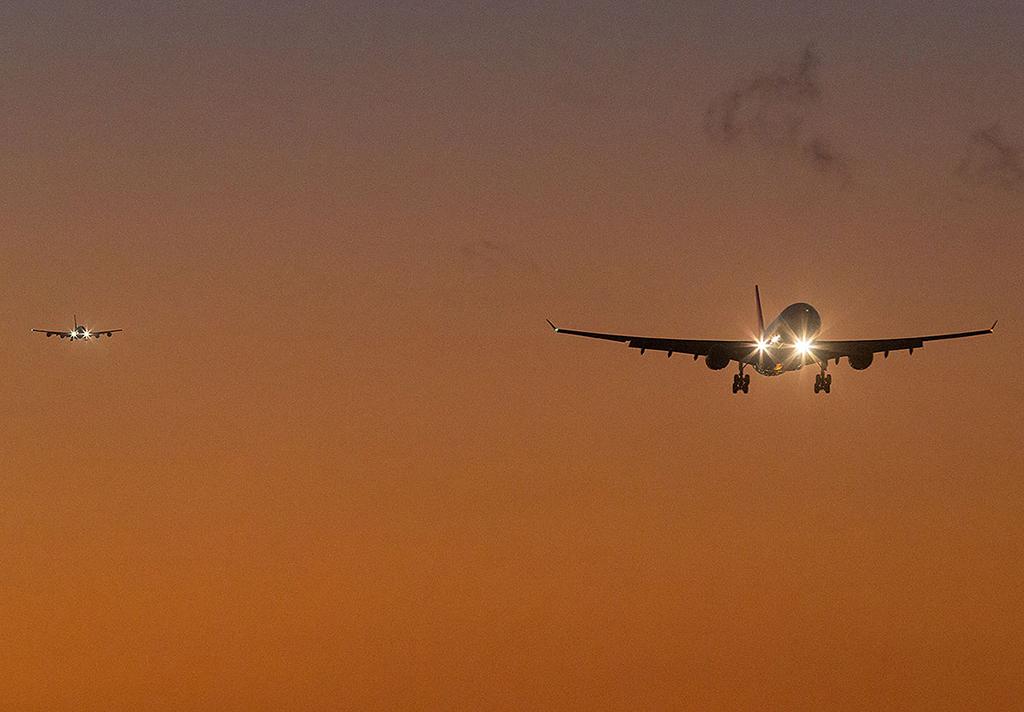 Today, arriving traffic is managed in the airspace close to the airport, too often requiring the controller to create a holding stack. Planning arrivals 1 hr. or more before touchdown cuts holding time and saves fuel. With such extended arrival management (E-AMAN), a crew flying to London can be given speed instructions as soon as it passes Reims, in eastern France. Already used at London Heathrow, the solution has saved the annual CO2 equivalent of 750 Nice-London flights. It is to be deployed across Europe. 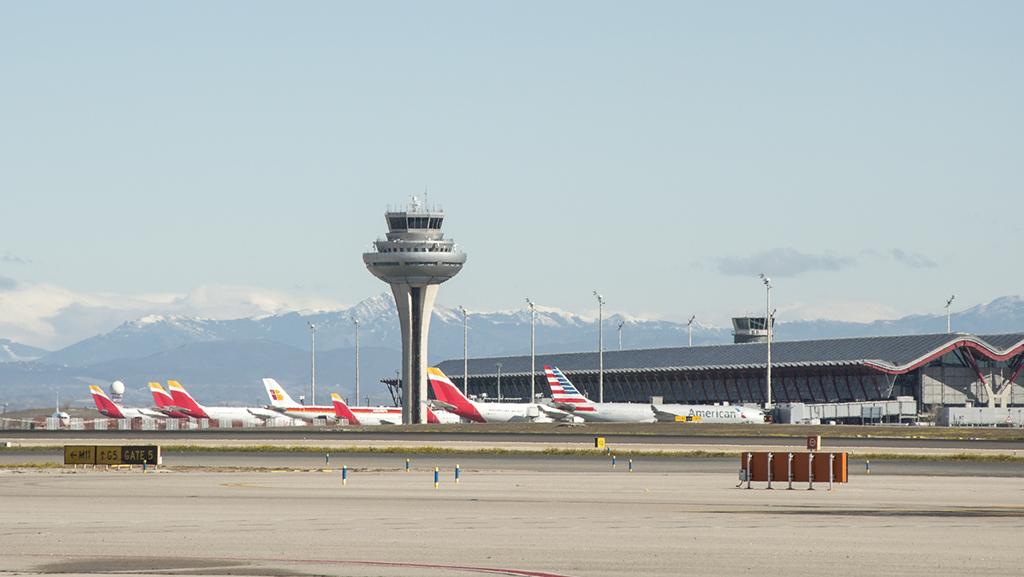 Thanks to modern equipment on board, aircraft can now follow an assigned route with an accuracy of 1 nm. Introducing so-called precision area navigation (P-RNAV) procedures allows for more approach paths in the terminal airspace. For the controller, routes are strategically deconflicted. For the aircraft, smooth, continuous descents and climbs cut fuel burn. The procedure has already been implemented at several airports, including Madrid (pictured) and is to be deployed across Europe. 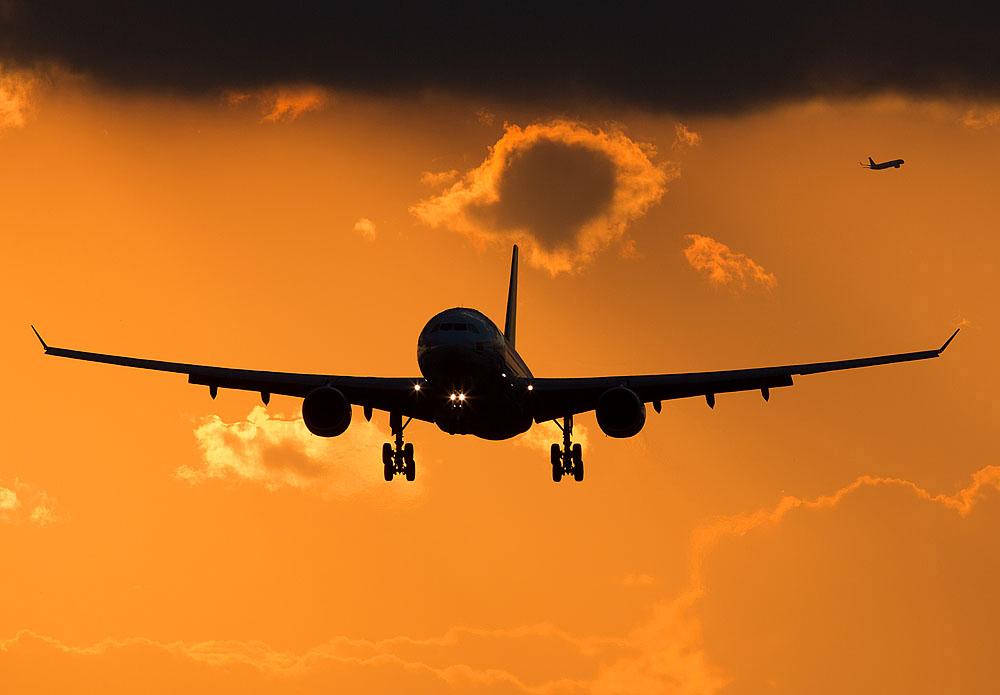 Placing Routes Closer to Each Other

Modern systems on board enable aircraft to stay within 1 nm on either side of the nominal flight path. Therefore, routes can be placed closer to each other. Under the required navigation performance (RNP) concept, they can be designed as close as 7 nm in an en-route sector. Airspace design becomes more flexible, and the overall efficiency of ATM is increased. The procedure is available for implementation. 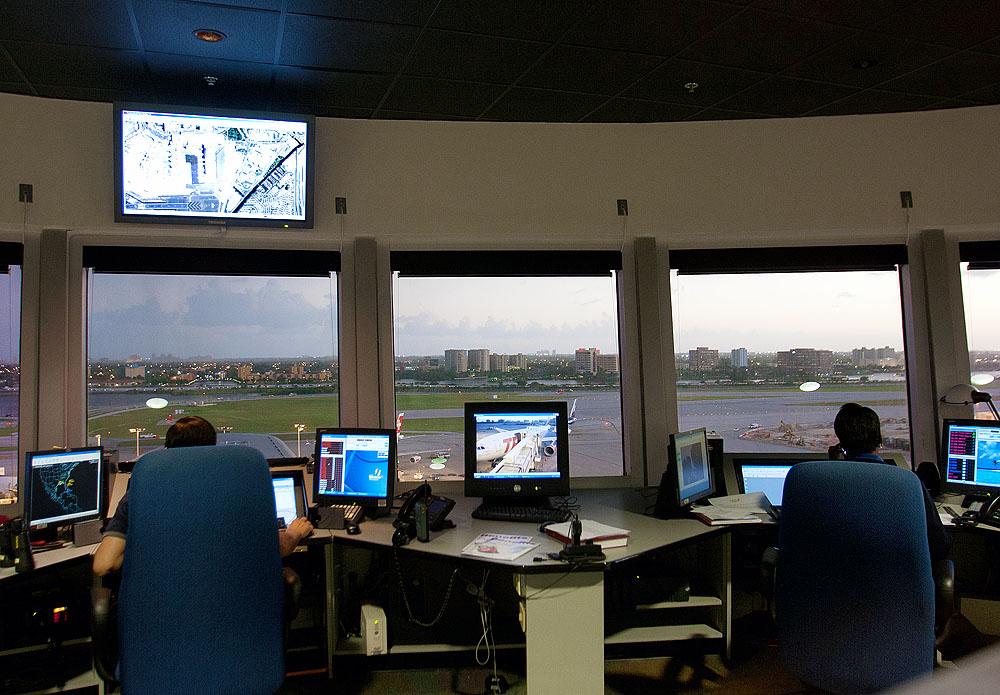 The job of the air traffic controller is all about anticipation. However, when faced with stress or another disturbing agent, it can be good for a controller to receive assistance. A new tool, ready for implementation, is aimed at helping with medium-term conflict detection. On the controller's display, it shades out those flights that are not relevant and extrapolates future positions. 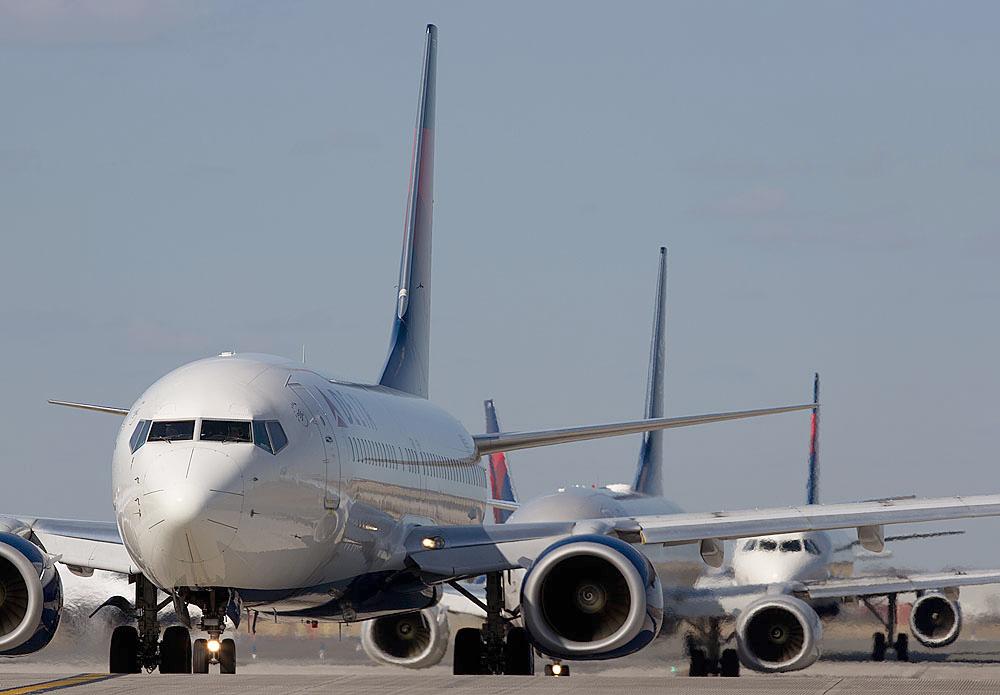 Today, when faced with a major delay, an airline is not encouraged to cancel a departure slot—the slot is usually reassigned to another airline. A new tool is allowing for slots to be swapped within a single airline, an incentive to cancel a slot as soon as possible. The carrier can even split the delay assigned to one flight between two or three flights. This is expected to benefit all airspace users when capacity is scarce. The tool is available for implementation.

For the air transport industry, a new generation of aircraft with more efficient engines is supposed to help bottom lines and the environment. But their value will be partly wasted if they are not operated efficiently, a typical example being a six-month-old narrowbody flying a 1-hr. route and being asked to wait 10 min. in a stack before entering the airport’s approach. This is what the Single European Sky ATM Research (SESAR) program is trying to address through a range of solutions—63 in the first edition of the SESAR catalog.

Implementation has begun on some of these, and many are ready, while the rest are in development. “The history of air transport generated fragmentation and, to optimize the use of resources—it is almost impossible to build a new runway in Europe—we have to be smarter in the sky and at airports,” says Florian Guillermet, executive director for the SESAR Joint Undertaking (SESAR JU).

SESAR JU is in charge of research and development. “We deliver ready-to-use research-and-development products,” he explains. The €6 billion ($6.4 billion) public-private partnership can materialize through European Commission mandates or without them. Some solutions are not mandated, but the hope is that players in air transport will adopt them out of self-interest.

Meanwhile, SESAR Deployment Manager is a consortium of so-called investors—airports, airlines and air traffic control service providers, for instance—in charge of putting the solutions into effect.

SESAR has had its share of delays. When airspace is optimized, a consequence may be that a small country sees revenues from overfly fees dwindle, Guillermet offers as one explanation. Such situations have caused some states to drag their feet, slowing down the entire program.

Its U.S. equivalent, NextGen, is seemingly progressing more quickly, Guillermet admits. The main reason is that only one country is involved. But long-term planning is more reliable with SESAR, according to Guillermet.

The program aims at increasing airspace capacity by one-third. As for aviation’s environmental footprint, the reduction in fuel burn (and proportional CO2 emissions) is targeted at 5-10% of the average 4,800 kg (10,600 lb.) consumption for a representative intra-European flight.

Air Traffic Debates Are Almost As Cloudy As Before U.S. Election

AirMap Aims To Be ‘ANSP For Drones’ In Low-Altitude Airspace

Thierry Dubois has specialized in aerospace journalism since 1997. An engineer in fluid dynamics from Toulouse-based Enseeiht, he covers the French commercial aviation, defense and space industries. His expertise extends to all things technology in Europe. Thierry is also the editor-in-chief of Aviation Week’s ShowNews.