Op-Ed: It’s Broken ... This Time It Would Be A Failure Not To Fix It

There are many reasons why the regional airline industry and small community air service are at a crossroads.

Fundamental to it all is the number of airports within each carrier’s respective network. The business is changing. Major airlines’ pre-COVID networks were expensive to operate. Redundancies need to be eliminated, and there are not enough pilots to fly the 2019 network anyway.

As aircraft size grows, not all airports can economically be served. Commercial entities seek to best match supply and demand. Why not size the airport infrastructure to better match today’s aircraft technology by consolidating it?

Pilot Supply In The Pandemic Era

The air service promise to small markets necessary to get the Airline Deregulation Act passed has run its cycle. There are no more CARES Act protections on the way.

This time the confluence of events is totally different when it comes to providing commercial air service to all airports. Historically, pilot shortages timed with the end of an economic cycle and were dampened in the downturn.

Prior to 2017, regional carriers were used as an arbitrage tool to average down total network pilot labor costs. That’s over, too. Recently, pilots at regional carrier PSA were offered up to $187,500 in bonuses. This industry is a pattern bargainer despite what the economics might say.

A Jan. 12 article in Aviation Week Network's Aviation Daily quoted Mesa CEO Jonathan Ornstein as seeing the shortage of certified commercial pilots as “the overarching issue” facing the industry today, adding that “it jeopardizes all of the plans” that carriers are making to grow their businesses. Ornstein all but placed the current situation facing his company and the industry squarely at the feet of the 1500-hr. rule passed in 2013.

The 1500-hr. rule is here to stay; union support and lawmakers’ trepidation at anti-safety headlines will see to that. Pilot unions do not care about small community air service. Negotiating scope language has been the cause of outsized consternation for mainline pilots since the small RJ came on the scene. Today, the cost of further scope relief for the network carriers is simply too costly for management to “buy” from labor.

In the lower 48 states, there are 296 airports with service categorized as Nonhub primary, nonprimary, or Essential Air Service (EAS). Among the 105 EAS points, 82 lie within 180 mi. of at least one larger airport—the average is three.

Of the remaining 191 Nonhub primary and nonprimary airports, 178 are within 180 mi. of at least one larger airport; the average is five.

Customers want larger (read: two-class) aircraft. They don’t mind driving to get them. A region with one right-sized commercial airport would better match available seats with demand than three airports with a few daily frequencies.

What about airports that lose commercial service? Some can serve as training grounds for pilots needed to fly electric taxis, like the 100 Mesa and United plan to buy from Archer Aviation. Airports get used, albeit differently, and pilots get to build the time needed to fly for commercial airlines.

For pilot unions, scope language carve-outs for smaller aircraft will become less of an issue. Some of these newly created regional airports will support some mainline service, but not multiple daily frequencies. More large regional jet flying will likely be needed.

So, ALPA: as a key player in the network rebuild, how about backing a plan that preserves safety yet keeps the pilot pipeline full in return for more large regional jet flying not tied to constraining scope formulas?

What was deemed “essential” in 1978 is not today’s essential. Back then, the interstate highway system was 15 years from completion.

Today, revamping networks to better reflect demand and ensuring there are enough pilots in the pipeline is far more essential than ensuring 500 communities have at least one flight to a hub.

William Swelbar is the chief industry analyst at The Swelbar-Zhong Consultancy and MIT Research Engineer who specializes in commercial air transport economics. These opinions are his alone. 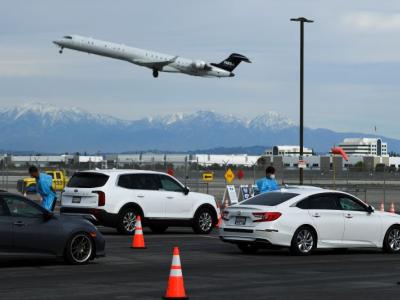