Since 1957, Aviation Week has annually bestowed its Laureate Awards upon people, programs and products that have had an outsize impact on the aviation, aerospace and defense industries. This year’s winners, showcased here, will be recognized March 12 at a black-tie gala at the National Building Museum in Washington. That evening, our editors will also announce which of these winners will receive a “Grand Laureate” for particular achievement in 2019—one each in defense, space, commercial aviation and business aviation. They will also present Aviation Week’s Lifetime Achievement awards.

The first long-range version of the A321neo, Airbus’ A321LR, is developing a new market niche—narrowbodies flying in secondary long-haul markets. Building on the LR, the upcoming A321XLR variant has the potential to open even more destinations for long-haul travel.

Entrepreneur David Neeleman has set up multiple airlines including Morris Air, JetBlue Airways and Azul Linhas Aereas. Now he is preparing to get Moxy, his latest venture, off the ground with a new business model built around the Airbus A220.

In Air Arabia, CEO Adel Ali has built a sustainably profitable low-cost carrier pioneering the business model in the Middle East. The carrier continues to add bases, grow its fleet and has entered long-haul narrowbody flying.

Over six test campaigns beginning in 2012, Boeing’s ecoDemonstrator flight research program has served as a tool to accelerate the development and testing of multiple new technologies that could improve the efficiency and environmental performance of its airliners.

French company Donecle has become a leader in offering aircraft visual inspections by automated drone. Inspection times are reduced by 90%. The drone can inspect a narrowbody within 1 hr. while Donecle’s software assists technicians in detecting defects.

From its low-speed agility to its maximum speed of more than 280 kt., Bell’s V-280 Valor advanced tiltrotor has met or exceeded its ambitious objectives in flight-testing since December 2017 under the U.S. Army’s Joint Multi-Role technology demonstration.

Embraer delivered the first C-390 to the Brazilian Air Force in 2019. The tanker/transport is the largest and most sophisticated aircraft yet developed by Embraer and the most ambitious defense development program in South American history.

In 10 months, Northrop Grumman increased production of F-35 center fuselages from six a month to 15—parts deliveries increasing from 81,000 a year to 274,000—using a disciplined structure of program reviews and metrics that were regularly updated to keep pace with the schedule.

Combining Eurofighter support packages into one program focused on management of the Royal Air Force fleet, rather than individual aircraft, has lowered support costs for the Typhoon fighter by around 38%, allowing savings to be applied to fleet modernization.

Ground tests by the U.S. Air Force Research Laboratory and Air Force Test Center in 2019 set a record for the highest thrust produced by a U.S. air-breathing hypersonic engine when a Northrop Grumman supersonic-combustion ramjet engine produced more than 13,000 lb. of thrust.

Developed by Kratos for the U.S. Air Force Research Laboratory, the XQ-58 Valkyrie blurs the traditional boundaries between a disposable cruise missile and a reusable unmanned aircraft and could usher in a new approach to air warfare that relies heavily on manned-unmanned collaboration.

On March 25, 2019, the U.S. Missile Defense Agency led a government/industry, multi-contractor team in launching two ground-based interceptors from Vandenberg AFB, California, to shoot down not one but two threat-representative ICBM targets launched from Kwajalein in the Pacific in the most challenging test yet of the Ground-based Midcourse Defense system.

Originally a satellite operator itself, Spaceflight Industries has blossomed by creating a new way to deliver small satellites to space—by allowing government and commercial customers to share the ride. Following the launch of 64 satellites on a Falcon 9 in late 2018, Spaceflight expects to close out 2019 having launched spacecraft on 10 rockets.

With the Jan. 3, 2019, touchdown of the Chang’e 4 robotic lunar lander on the floor of the 115-mi.-wide  Von Karman Crater, China became the first country to soft-land on the Moon’s far side. Since deploying from the lander, its Yutu-2 rover has driven more than 300 m (980 ft.) across the South Pole-Aitken Basin.

In the first demonstration of cubesats in deep space, the two-spacecraft Mars Cube One mission relayed near-real-time telemetry of the entry, descent and landing of NASA’s Insight spacecraft, providing a backup communications link to Earth and demonstrating a new architecture to enhance space exploration.

U.S. startup Hawkeye 360 in February 2019 launched the first commercial service for geolocating radio--frequency signals from space when it commissioned its first three Pathfinder satellites. The satellites fly in a unique formation that can pinpoint a wide range of radio-frequency signals.

Reaction Engines has demonstrated the
technical viability of its pre-cooler concept at temperatures representative of hypersonic speeds. The test marks a critical milestone toward development of its Sabre air-breathing rocket engine, which could power space-access and atmospheric vehicles and transform the performance of high-speed turbojets.

In a unique transatlantic joint venture between aerospace giant Airbus and mega-constellation operator OneWeb, Florida-based OneWeb Satellites is bringing aircraft mass production to satellite manufacturing. The factory will produce more than 640 satellites at a rate of two a day—an unheard-of
output for the space industry.

The first of a new generation of large-cabin,long-range Gulfstreams, the G500 and G600 feature the Symmetry flight deck including fly-by-wire controls, active sidesticks, 10 touchscreen controllers and links to most aircraft systems through GE Aviation’s Data Concentration Network. Their ultra-quiet three--section cabins maintain a 4,850-ft. altitude at 51,000 ft.

The push of a red button by a pilot or untrained passenger activates Garmin’s Autoland, a virtual co-pilot that takes control of the aircraft. The system automatically evaluates winds, weather and fuel reserves, then selects a suitable divert airport, alerts air traffic controllers of its intent, flies to the field, descends, extends landing gear and flaps, then lands and stops.

To operate during periods of reduced visibility in mountainous terrain, Rega helped develop a low-altitude, helicopter-specific instrument route and approach system using satellite navigation, along with its own weather station network. Its aircraft are fitted with multiple optical systems to help pilots spot obstacles and conduct searches.

In anticipation of the widespread growth of commercial unmanned aircraft, Robotic Skies has created an expanding global network of repair stations to maintain and service the burgeoning fleet. The company develops maintenance programs for operators, trains technicians and has teamed with Boeing to manage the supply chain.

A subsidiary of Google parent company Alphabet, Wing in April 2019 became the first commercial drone delivery service to be awarded a Part 135 air carrier certificate by the FAA. Its Hummingbird drone, capable of vertical takeoff and landing as well as wingborne flight, conducted the first scheduled delivery by drone to a U.S. home in October. 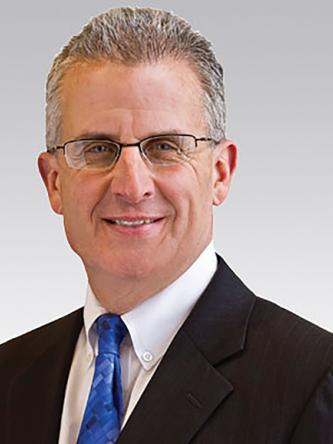 Bob Leduc came out of retirement to return to Pratt & Whitney as president and used his leadership skills to shake up the corporate team and guide the PW1000G geared turbofan engine program through a challenging service introduction and production ramp-up, setting it on a path to success.