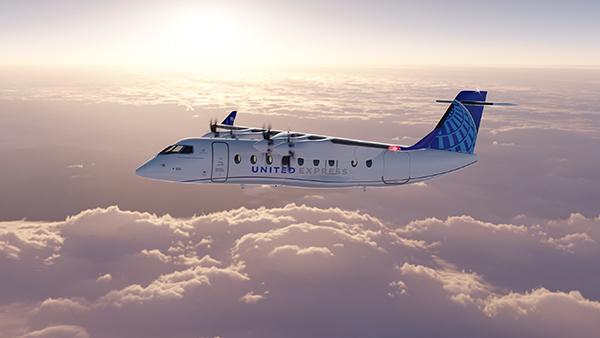 Spanish aerostructures company Aernnova Aerospace plans to design and build the airframe for Swedish startup Heart Aerospace’s ES-19 all-electric 19-seast regional airliner. Aernnova is a major Tier 1 supplier to Airbus, Boeing, Embraer, Textron and other aerospace OEMs. Gothenburg-based Heart plans to fly the first flight-test ES-19 in 2024 and is targeting certification and entry into service in 2026. The startup has commitments for more than 500 aircraft including purchase agreements with United Airlines and Mesa Airlines for 200 aircraft. 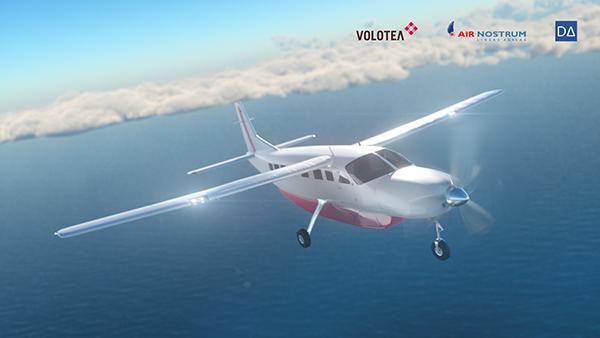 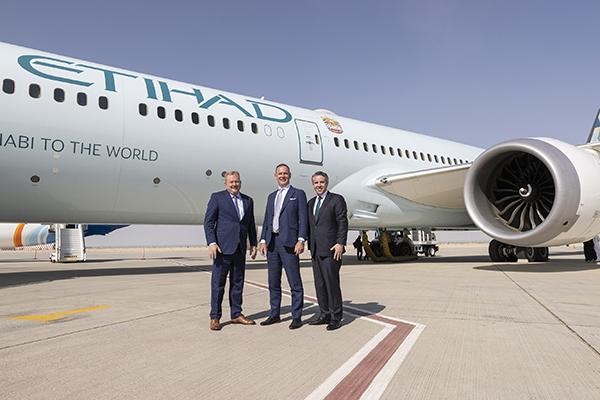 Etihad Airways signed multiple partnership and collaboration agreements with manufacturers, suppliers and stakeholders at the 2021 Dubai Airshow, to drive decarbonization. Etihad’s work with partners, including Boeing, GE, Airbus and Rolls-Royce, supports the organisation’s strategic objectives to achieve a 20% reduction in emissions intensity in its passenger fleet by 2025, cut 2019 net emissions by 50% by 2035, and reach net zero emissions by 2050.

Air Canada and Canadian clean-energy company Carbon Engineering (CE) will explore the potential use of direct air capture technology to remove CO2 from the atmosphere for permanent storage or use in the production of sustainable aviation fuel (SAF). Under their MOU, Air Canada and CE will identify potential opportunities for permanent removal of atmospheric CO2 by combining DAC with secure geologic storage. The partners will also explore use of the captured CO2 and green hydrogen to produce SAF via CE’s Air to Fuels technology, which is based on LanzaTech’s already-approved alcohol-to-jet process. The MOU includes the potential for Air Canada to purchase SAF produced using CE’s technologies. 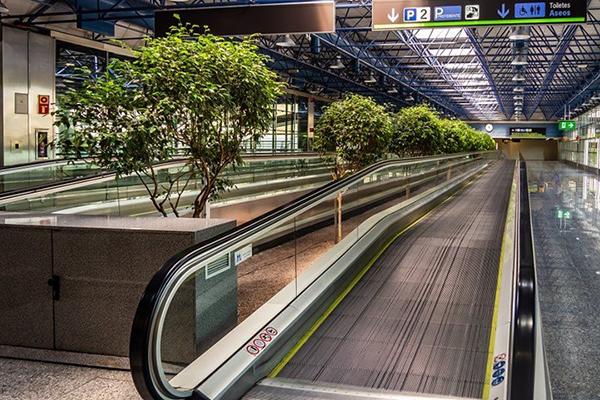 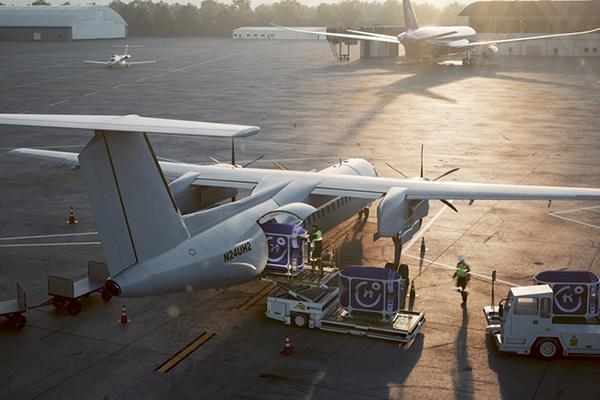 Zero-emissions propulsion startup Universal Hydrogen signed an agreement with a clean-energy subsidiary of Australian mining company Fortescue Metals Group to secure a supply of green hydrogen through to 2035. Under the MOU, Universal Hydrogen (UH2) and Fortescue Future Industries (FFI) will negotiate a global offtake agreement for green hydrogen to power the fuel-cell powertrain retrofits the US startup is developing for regional aircraft. The companies will also conduct a scoping study to develop green hydrogen production and logistics hubs in Iceland, New Zealand and Queensland, Australia. UH2 has a LOI from Icelandair Group to convert its De Havilland Canada Dash 8 fleet to hydrogen-electric propulsion. 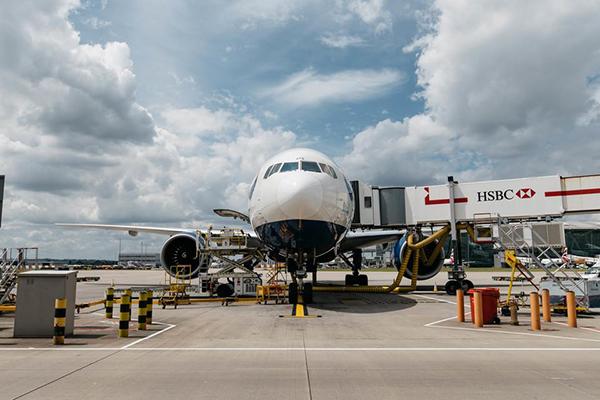 International Airlines Group (IAG) signed an MOU with sustainable aviation fuel (SAF) technology company Velocys to acquire 220,000 tonnes of SAF over 10 years. The purchase amount equates to around one-third of the planned output of the company´s new Bayou Fuels project in the US when it begins delivery in 2026, said IAG, the parent company of British Airways, Aer Lingus, Iberia, Level and Vueling. The technology used in the project will capture CO2 from the manufacturing process to permanently remove it from the atmosphere and IAG plans to purchase 1 million tonnes of sustainable jet fuel per year enabling it to cut its annual emissions by two million tonnes by 2030. 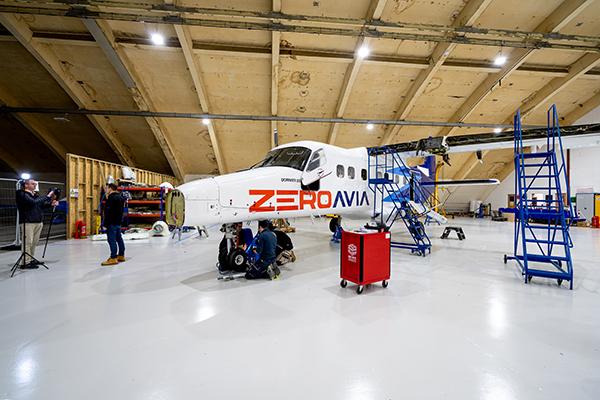 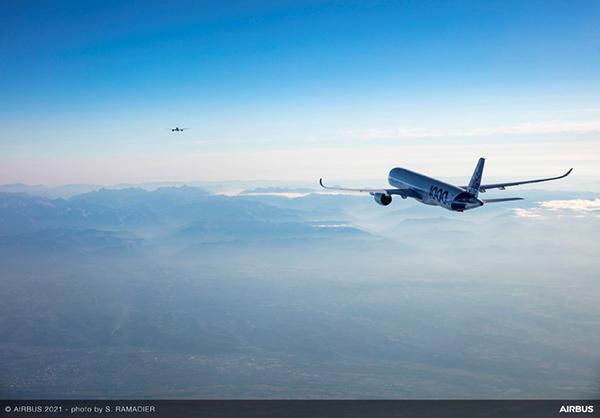 Airbus has performed the first long-haul demonstration of formation flight in general air traffic (GAT) regulated transatlantic airspace with two A350 aircraft flying at three kilometers apart from Toulouse, France to Montreal, Canada. Over 6 tons of CO2 emissions were saved on the trip, confirming the potential for more than a 5% fuel saving on long-haul flights. The “final demonstration” test flight took place Nov. 9, 2021 involving two A350 test aircraft, MSN1 and MSN59, the former as the leader aircraft and the latter as the follower. This was made possible with flight control systems developed by Airbus, which position the follower aircraft safely in the wake updraft of the leader aircraft allowing it to reduce engine thrust and reduce fuel consumption. A similar principle can be observed with large migrating birds such as geese, which fly together in a distinct V-shaped formation. 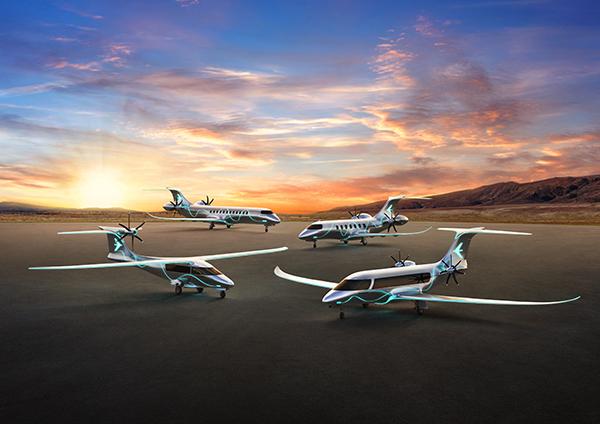 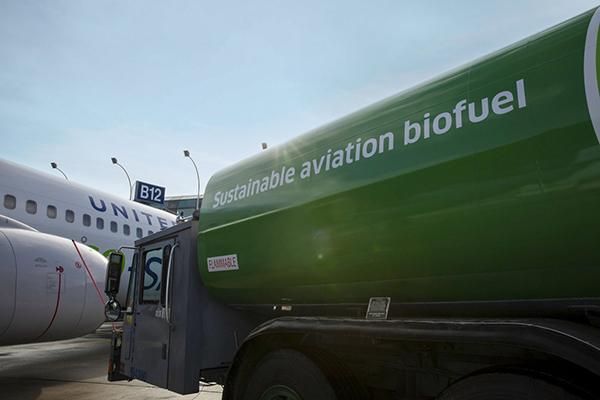 The World Economic Forum (WEF) launched an initiative to accelerate the commercialization of decarbonizing technologies by leveraging collective demand from companies prepared to commit to purchases by 2030. The First Movers Coalition is targeting seven sectors, including aviation, that together account for more than a third of global carbon emissions but do not have cost-competitive clean energy alternatives to fossil fuels. An eight sector, direct air capture of CO2, is also targeted. 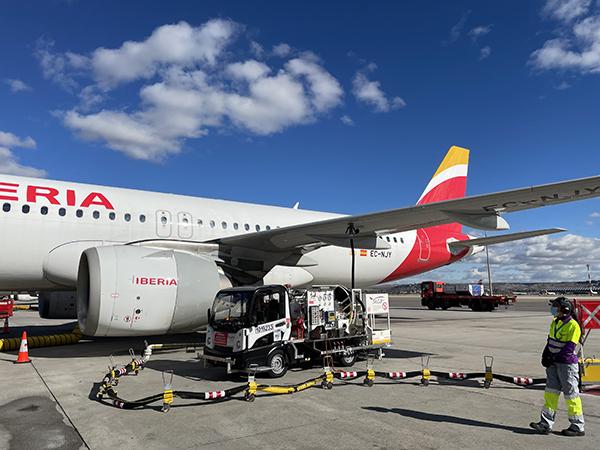 International Airlines Group (IAG) member Iberia completed its first flight using sustainable aviation fuel (SAF) provided by Spanish fuel and energy company Repsol. The 40-min. Iberia flight in November 2021 was operated by an Airbus A320neo powered by CFM LEAP-1A engines from Madrid Barajas Airport to the northern city of Bilbao. Iberia said the flight saw CO2 emissions reduced to 1.4 tons, a result of the combination of the aircraft’s fuel efficiency and the sustainable biofuel. Iberia and Repsol worked with Aena, the state-owned company that manages airports and heliports in Spain. 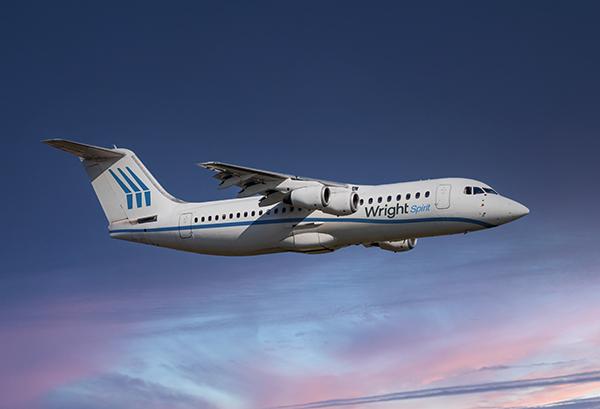 US startup Wright Electric plans to convert a 100-seat regional jet, the BAe 146, to zero-emissions electric propulsion for entry into service in 2026. Wright is focusing on 1-hr. flights over routes of 400 nm or shorter at jets speeds and altitudes. Wright is ground-testing a 2-megawatt electric motor and ultimately plans to develop a new 180-seat zero-emission short-haul airliner. With 2026 as the target for entry into service, the startup plans to fly a 146 with a 2.5-3-megawatt electric motor replacing one of its four Honeywell ALF502 turbofans in 2023, with two motors in 2024 and with all four motors in 2025. Initially, Wright plans to use the existing fan and nacelle. 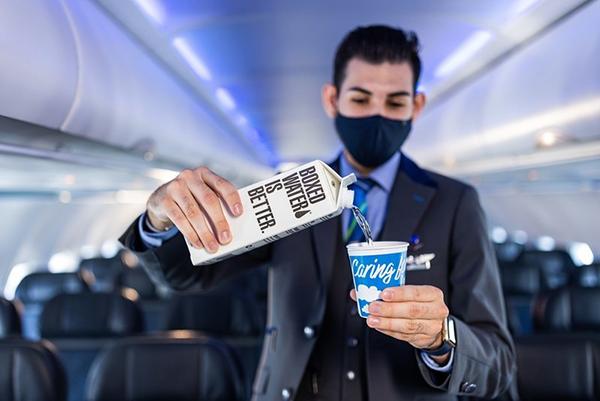 Alaska Airlines in November 2021 switched to Boxed Water cartons and recyclable paper cups, which will eliminate 1.8 million lbs. of single-use plastics from flights over the next year, equivalent to the weight of 18 Boeing 737s. 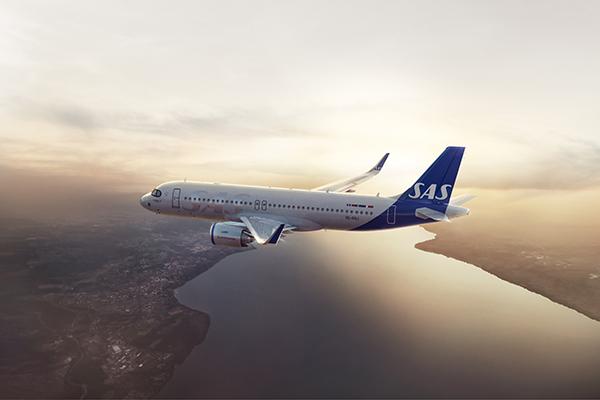 Scandinavian Airlines (SAS) will partner with three fuel-sector companies to investigate large-scale production of synthetic sustainable aviation fuel (SAF) in Sweden, the companies announced Nov. 3. SAS will link with fuel company Shell, SAF producer LanzaTech and European energy company Vattenfall on the project, which will study the possibility of creating a new production facility capable of producing up to 50,000 tonnes of synthetic SAF annually. That figure would be roughly one-third of the total needed to reach Sweden’s national target of fossil fuel-free domestic air travel. The synthetic SAF, known as electrofuel, would be produced from fossil-free electricity from the country’s electricity grid and carbon dioxide recovered from Vattenfall’s combined heat and power district heating system in Uppsala, Sweden. Around 200,000 tonnes of CO2 can be recovered annually from the system.

As the aviation sector moves closer to net-zero carbon emissions targets, more industry partners are stepping up to back initiatives from sustainable aviation fuel (SAF) to electric aircraft.