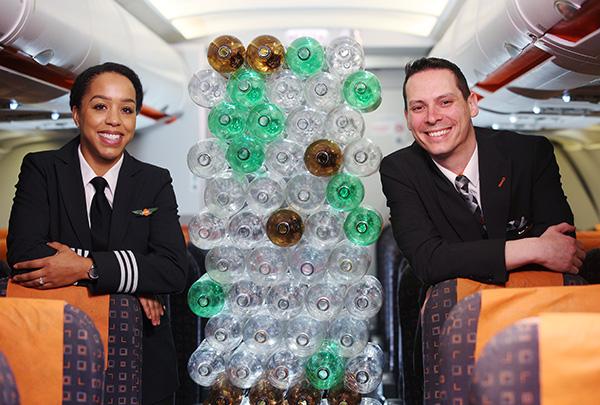 UK LCC easyJet introduced a new uniform for cabin crew and pilots, each made from around 45 recycled plastic bottles as part of its commitment to mitigate waste and search for innovative change beyond carbon reduction. Manufactured by Northern-Ireland based Tailored Image and created with unique high-tech material, the new uniform will be introduced into cabin crew circulation in August. The roll-out across the airline is estimated to prevent around half-a-million plastic bottles from ending up as plastic waste each year. Not only does the fabric reduce plastic waste, but the high-tech material is made using renewable energy sources and has a 75% lower carbon footprint than traditional polyester. 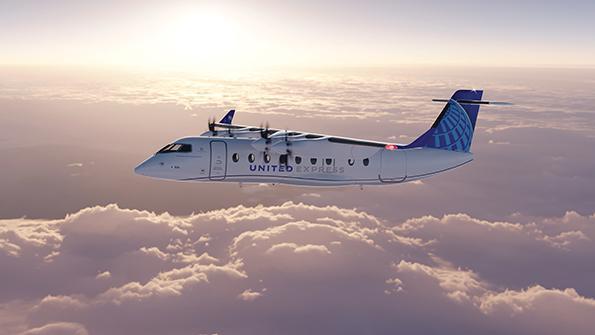 United Airlines Ventures (UAV)—in partnership with Breakthrough Energy Ventures (BEV) and Mesa Airlines—has invested in electric aircraft startup Heart Aerospace. Heart Aerospace is developing the ES-19, a 19-seat electric aircraft that has the potential to fly customers up to 250 miles before the end of this decade. The UAV fund invests in new technologies to help it achieve net zero emissions by 2050 without relying on traditional carbon offsets. In addition to UAV’s investment, Chicago-based United has conditionally agreed to purchase 100 ES-19 aircraft, once the aircraft meet United’s safety, business and operating requirements. Mesa Airlines, United’s key strategic partner in bringing electric aircraft into commercial service, has also agreed to add 100 ES-19 aircraft to its fleet, subject to similar requirements. 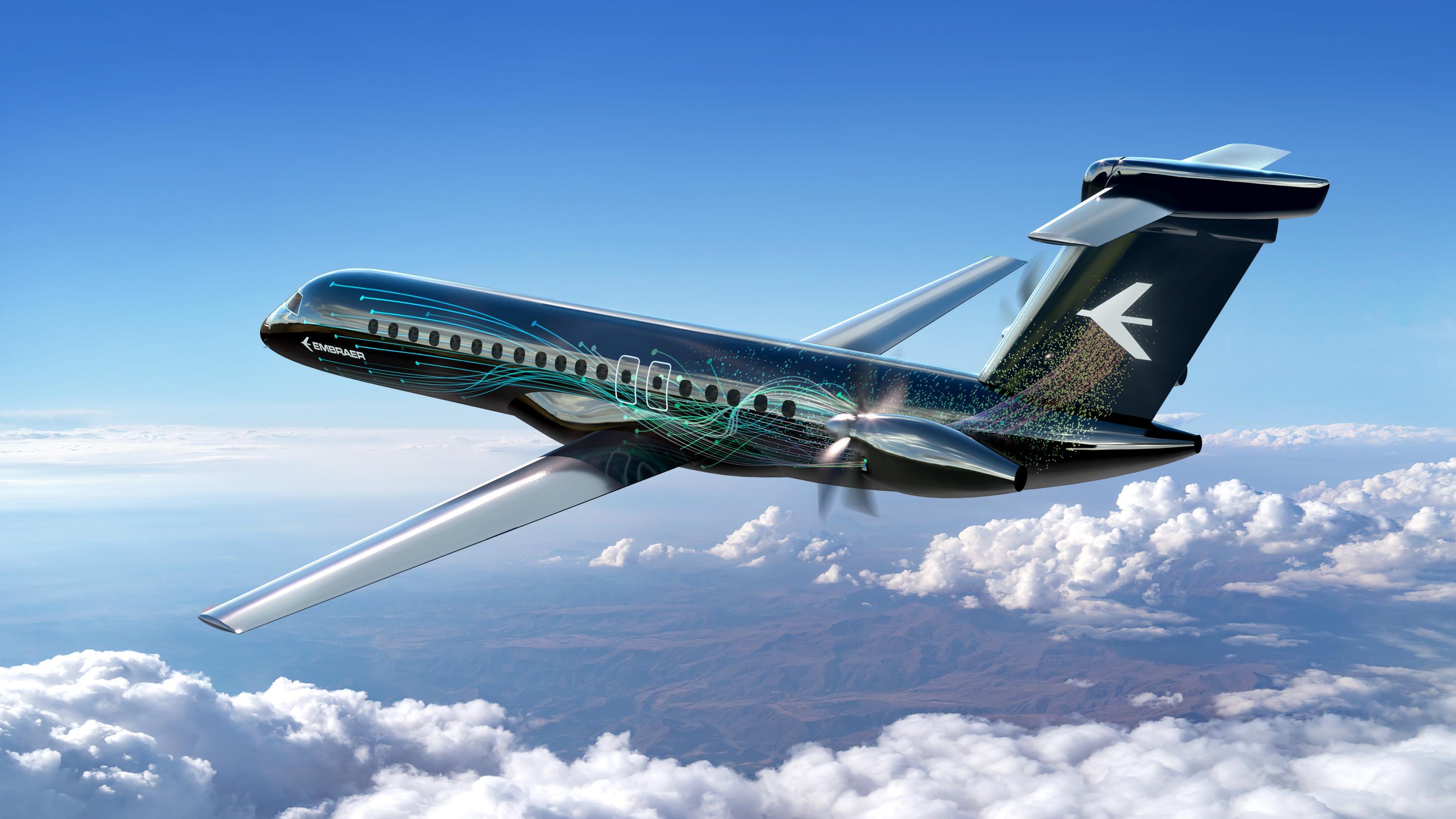 Embraer has unveiled a suite of sustainability initiatives ranging from researching electric and hydrogen propulsion, new regional turboprop and hybrid-electric transport aircraft, and enabling its regional jets to use 100% sustainable aviation fuel. The initiatives are among a series of environment, social and governance (ESG) goals announced by the Brazilian manufacturer Aug. 13. They include committing to ensuring the company’s own operations are carbon-neutral by 2040. Unveiling the goals, Embraer also announced that its electric propulsion demonstrator, a modified EMB-203 Ipanema agricultural aircraft, has begun flight tests. With an electric motor and batteries replacing its piston engine, the demonstrator has been developed with Brazilian electric engineering company and Portugal-headquartered energy company EDP. 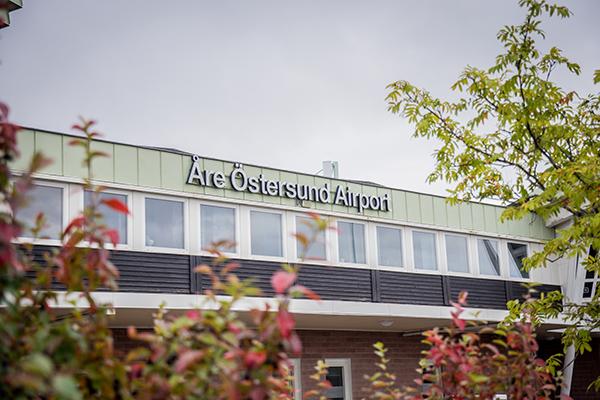 Swedavia is studying an electric air route between Umea and Åre Östersund airports in northern Sweden. The case study is part of a project funded by the Swedish Energy Agency to study the feasibility of fossil-free aviation in the region. The SEK11 million ($1.3 million) project will investigate the conditions required for using biofuels, electricity and hydrogen to power aviation in northern Sweden. The implementation study will survey sustainable supply chains and the requirements at airports for introducing fossil-free fuels. 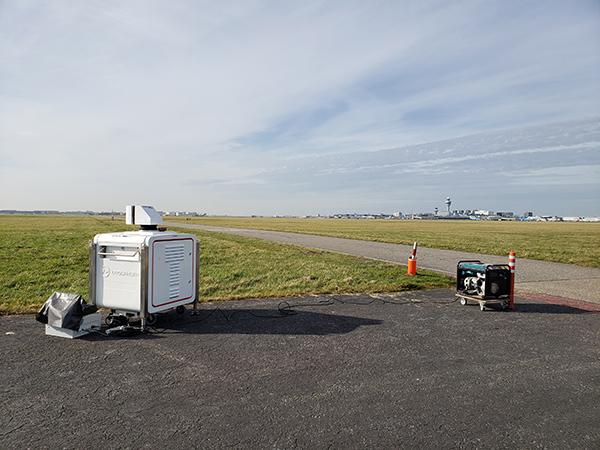 Royal Schiphol Group—the operator of Amsterdam’s airport—is participating in a trial to determine whether ultrafine particulate emissions around runways can be captured in mist, using a construction-industry technique. Schiphol is performing the research in partnership with Wageningen University & Research and the Netherlands Aerospace Centre. “The idea is that these [ionized mist] particles attach themselves to the ultrafine particles, so that they clump together and become heavier, and then fall to the ground rather than disperse,” Schiphol said. “This approach is based on a tried-and-tested concept from the world of construction, where it is common to use mist to reduce dust and particulate matter.” The question is whether the method can be fine-tuned to capture ultrafine particles in the open air, in an airport setting. This should be known by early 2022. 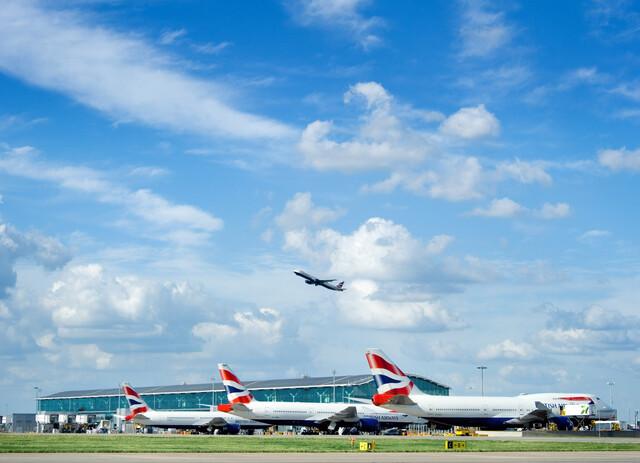 London Heathrow Airport has integrated sustainable aviation fuel (SAF) into its fuel distribution, working with Vitol Aviation and Neste, in a proof of concept the airport hopes will lead to greater quantities being used in the future. The fuel, a hydrotreated esters and fatty acids (HEFA) fuel made from waste (such as used cooking oil), residues (such as fish fat waste from the food processing industry) and sustainably sourced vegetable oils, was blended into the airport’s main fuel supply from early June. 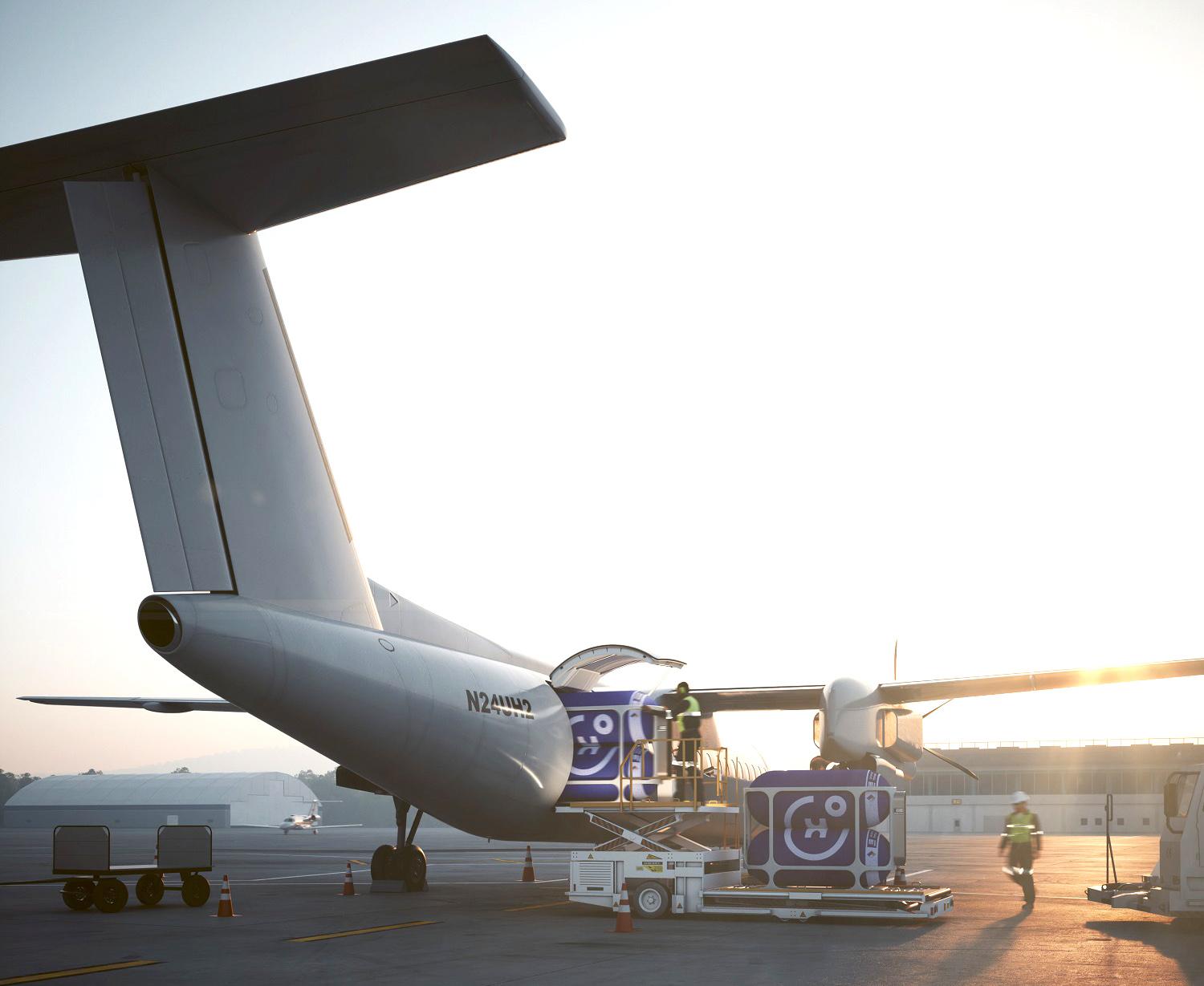 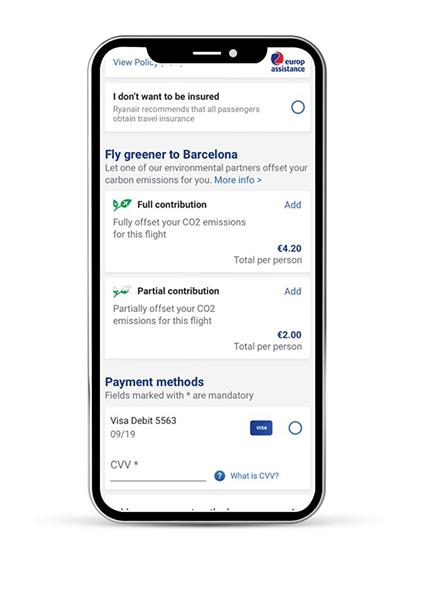 Ireland-based Ryanair launched a carbon calculator, a new digital tool that will enable consumers to fully offset their emissions on their Ryanair flight. This new feature will calculate the carbon emissions per passenger on every Ryanair route and will allow customers to pay the full carbon cost of their flight contributing to environmental initiatives. This tool expands Ryanair’s carbon offset program, which allows customers to contribute €2 ($2.36) toward carbon offset projects. Since Ryanair’s voluntary carbon offset scheme began, customers have contributed over €3.5 million to environmental projects. 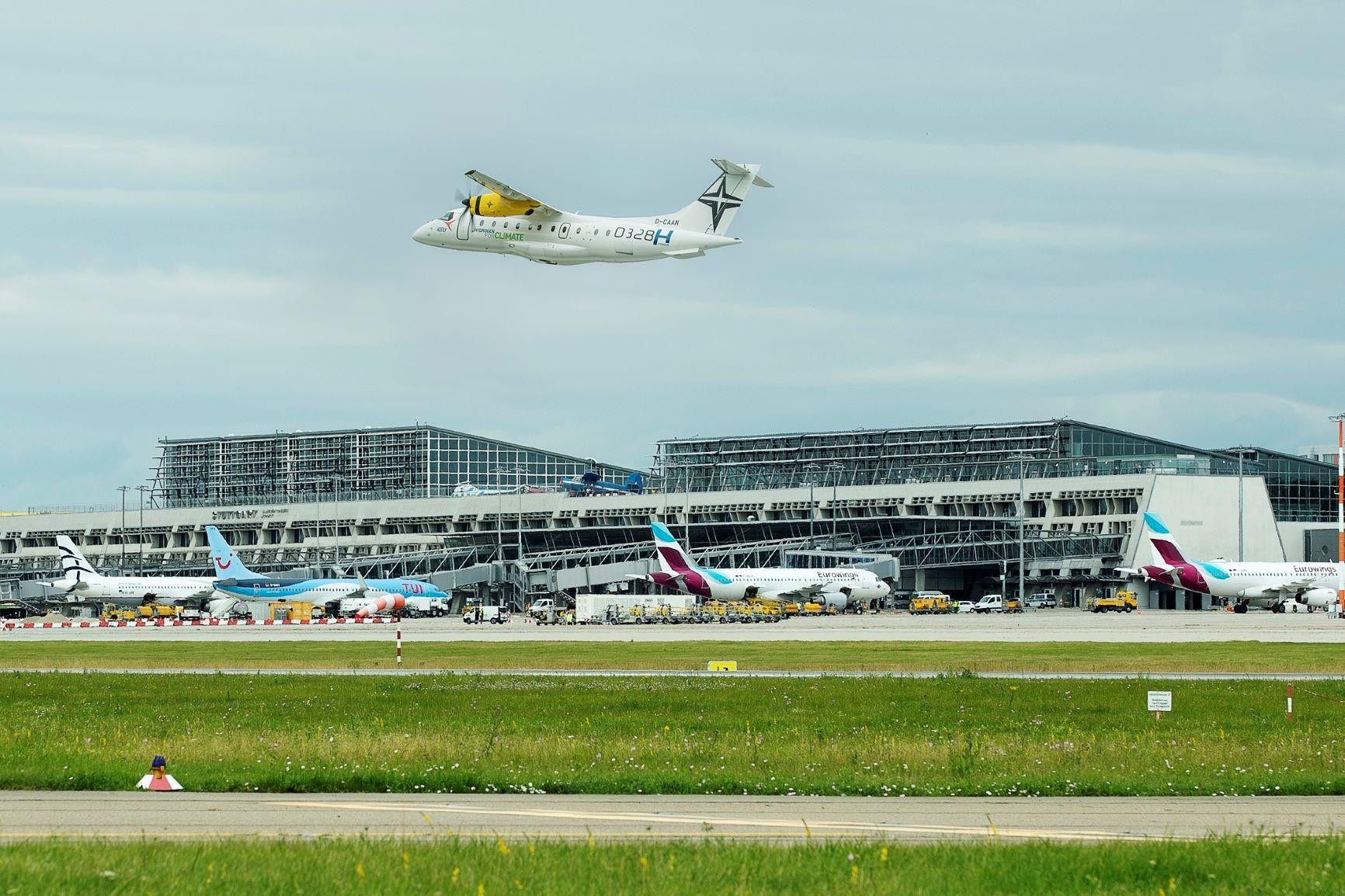 Universal Hydrogen, Deutsche Aircraft to partner on Dornier 328 fuel-cell use

Universal Hydrogen will work with Deutsche Aircraft to incorporate its modular hydrogen capsule technology into the German manufacturer’s planned Dornier 328 fuel-cell propulsion demonstrator. Deutsche Aircraft, which is working to return the regional turboprop to production as the updated 328eco, has partnered with hydrogen propulsion specialist H2FLY to develop the demonstrator. 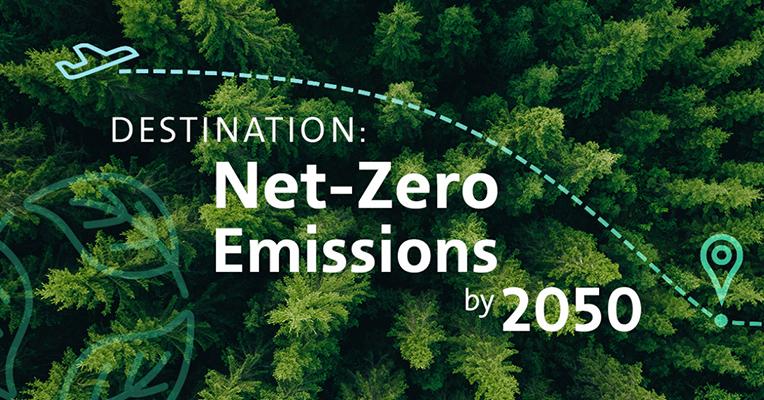 American Airlines has committed to set a science-based target for reducing greenhouse gas (GHG) emissions, a move the company said will sharpen its strategy for reaching net-zero emissions by 2050, align its path with the global imperative of limiting temperature rise to well below 2° Celsius, and bring additional accountability to its approach. American said it is the first airline in North America to begin the validation process with the Science Based Targets initiative (SBTi), a collaboration between CDP, the United Nations Global Compact, World Resources Institute (WRI) and the World Wide Fund for Nature (WWF). In doing so, American is committing to develop a 2035 emissions reduction target that will be reviewed by the SBTi to confirm its consistency with the latest climate science. 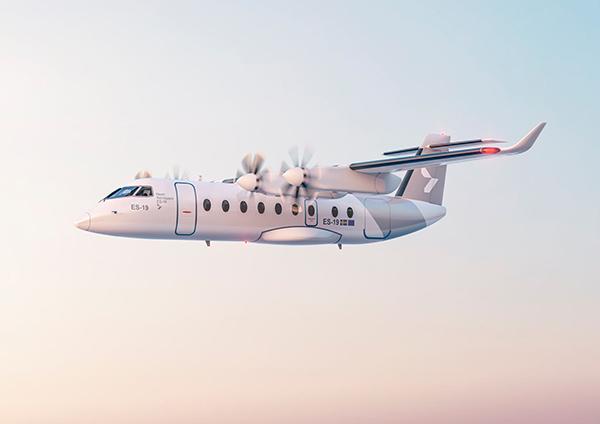 Icelandair Group signed letters of intent (LOI) with California-based Universal Hydrogen and Heart Aerospace to explore the possibilities of decarbonizing domestic flights. Universal has designed a hydrogen conversion kit for regional aircraft that allows for the conversion of Icelandair’s Dash-8s to hydrogen-powered aircraft. The second project is with Heart Aerospace, which aims to electrify regional air travel. Icelandair and Universal Hydrogen will pursue implementing green hydrogen, a carbon-free aviation fuel, as a propellant for Icelandair’s domestic aircraft fleet. Universal Hydrogen is enabling this transformation with its aftermarket hydrogen conversion kit for regional aircraft, as well as a fuel distribution system based on a unique modular hydrogen capsule technology. 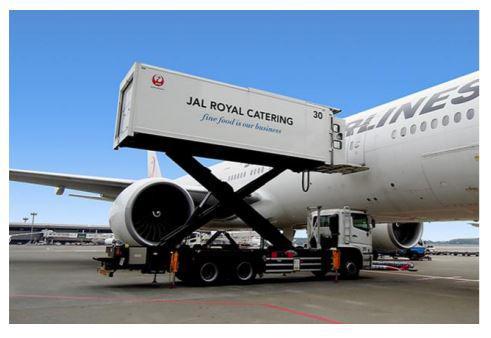 JAL ROYAL CATERING, which manufactures inflight meals for the JAL Group, acquired ISO 14001:2015 certification, an international standard for environmental management systems, in June 2021. In order to achieve the SDGs by 2030, the JAL Group has set the initiative of “effective use of limited resources” in the JAL Group Environmental Policy and the JAL Group Medium-Term Management Plan for Fiscal Years 2021-2025, and for in-flight meals, the Group has set a goal of reducing leftovers and food waste during preparation, and are implementing various initiatives through the “4Rs” (Refuse, Reduce, Reuse, Recycle). 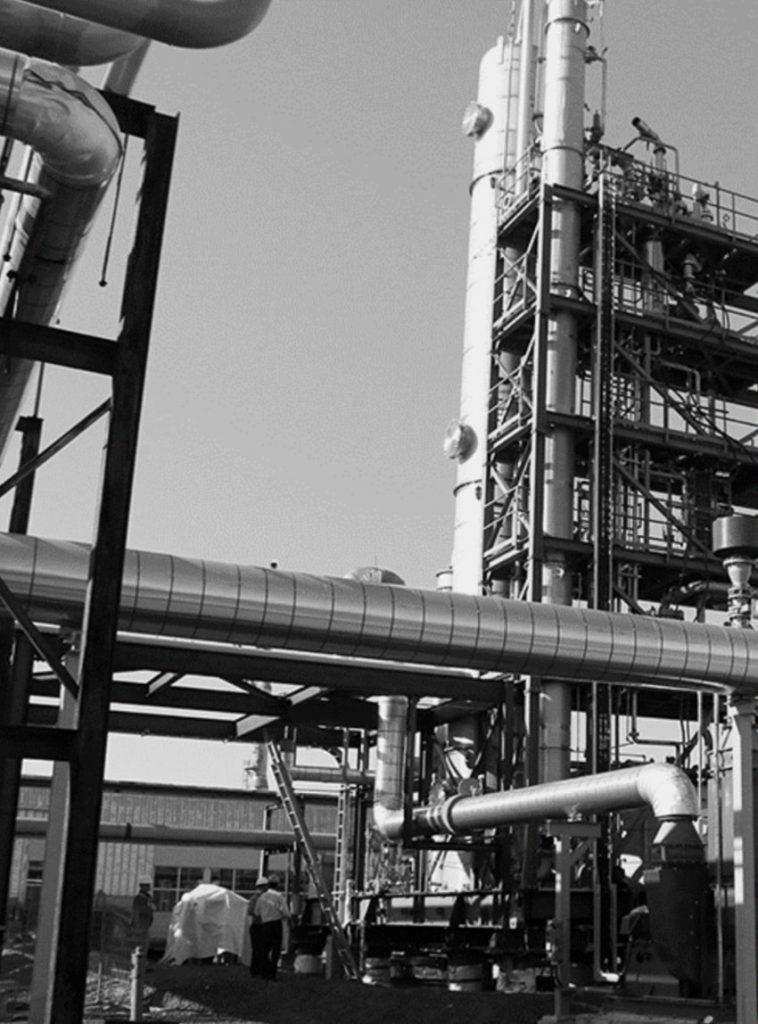 Airbus has joined Canada’s SAF+ Consortium, which plans to build in Montreal the first power-to-liquids plant to produce sustainable aviation fuel from renewable electricity and captured carbon dioxide. Airbus has signed a memorandum of understanding to invest in the consortium through in-kind contributions, including technical and certification expertise. SAF+ was launched in 2018 by Canadian airline Air Transat and Aeroports de Montreal. The consortium includes Hydro Quebec and Aero Montreal. Air Transat has committed to purchase a significant portion of the sustainable aviation fuel (SAF) to be produced at the Montreal plant. The consortium plans to produce its first fuel in the second half of 2021 at its pilot plant. A commercial-scale plant producing 30 million liters (7.9 million gal) of SAF annually is planned to be operation in 2025. 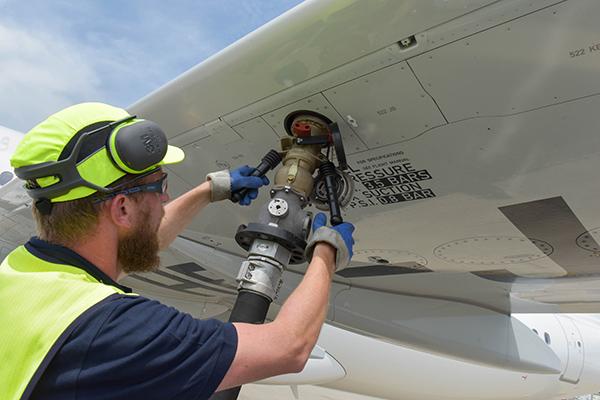 SWISS to fly with Neste SAF

Swiss International Air Lines (SWISS) teamed up with supplier Neste and set up a logistics chain to import the fuel to Switzerland. The carrier’s initial delivery of more than 460 tons of SAF will be enough to fuel over 175 short-haul flights, thanks to its fleet of Airbus A320neo family aircraft. SWISS has established an end-to-end logistics chain for importing Neste MY SAF and is the first commercial airline to use SAF in its scheduled flight operations from Switzerland. The SAF will be fueled at Zurich Airport via the conventional hydrant system. The Neste SAF blend is Jet A-1 certified and can be used just like fossil jet fuel on all aircraft types without any modifications to the aircraft or its engines, Neste said. It is made from sustainably sourced renewable waste and residue raw materials. 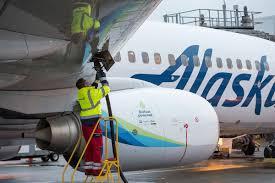 Boeing to invest in SkyNRG’s SAF production plans in US

Boeing has joined Alaska Airlines in investing in SkyNRG Americas’ plans for sustainable aviation fuel (SAF) production in the Pacific Northwest as part of an investment in the production of SAF in the US under a partnership with supply chain developer SkyNRG. The deal follows Boeing’s January commitment that all its commercial aircraft will be certified to use 100% sustainable fuel by 2030. The manufacturer will invest in SkyNRG America’s project to establish facilities to produce sustainable aviation fuel (SAF) from municipal solid waste and other waste-based feedstocks. 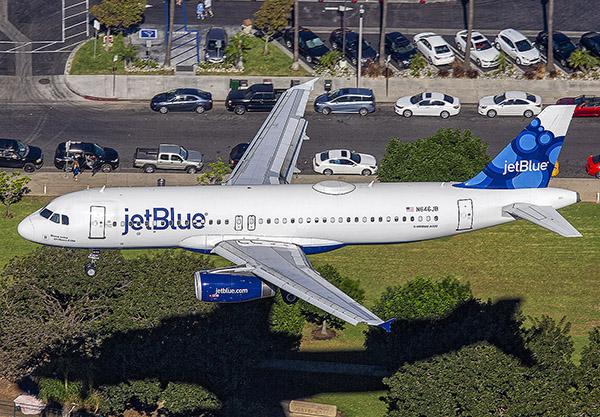 JetBlue expands use of SAF

JetBlue entered into a new relationship with World Energy and World Fuel Services for sustainable aviation fuel (SAF) at Los Angeles International Airport (LAX). JetBlue’s LAX flights using SAF started in July. This increase in the airline’s usage of SAF includes 1.5 million gallons of blended SAF a year for at least three years, accounting for approximately five percent of JetBlue’s LAX fuel. The move follows the New York-based carrier’s move to fuel flights from San Francisco International Airport (SFO) with SAF with another fuel provider. World Energy, a zero-now solutions provider for transport and the industry’s first commercial-scale producer of SAF, is supplying JetBlue fuel at LAX from its facility in Paramount, California.