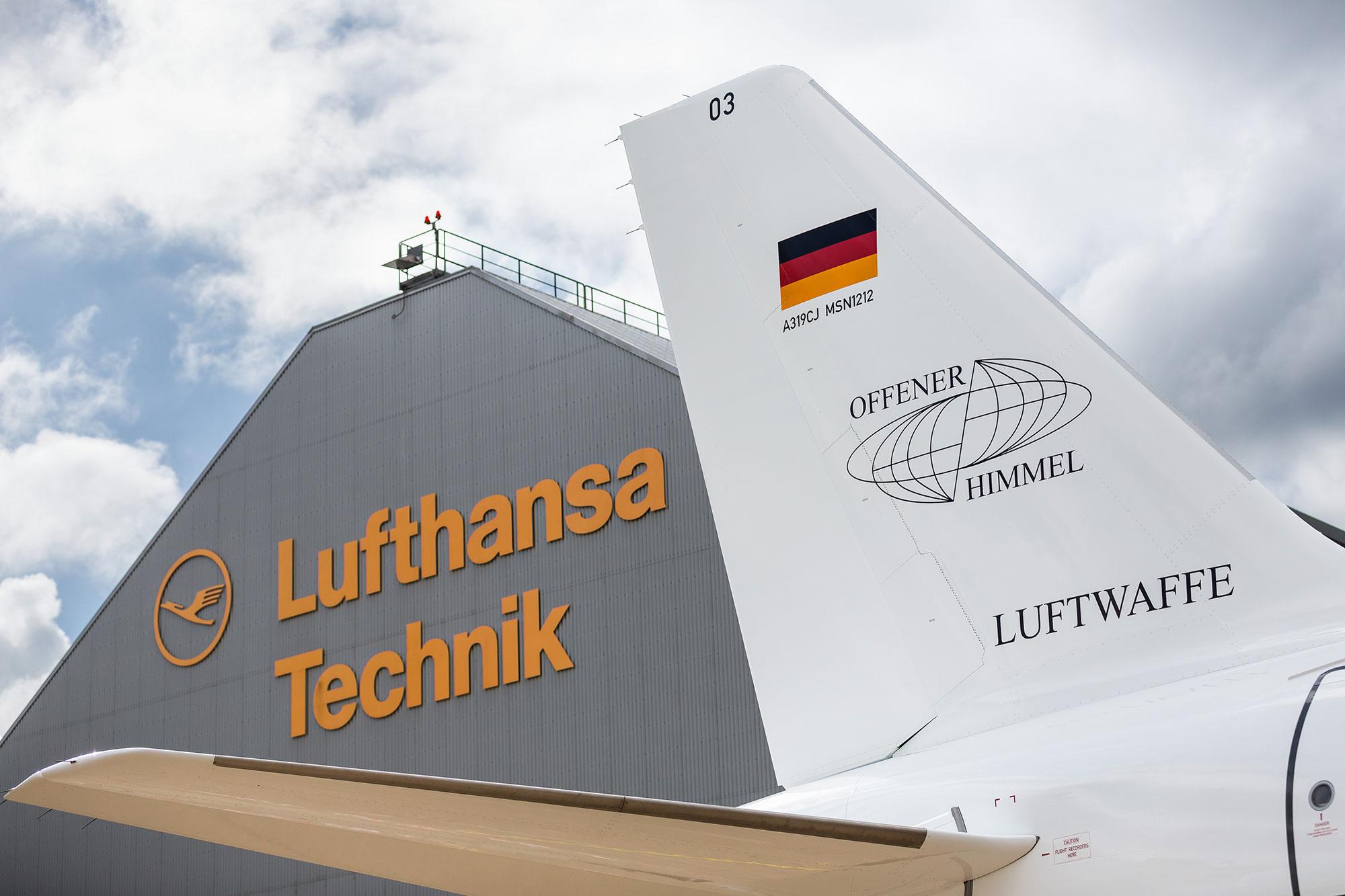 This Airbus A319CJ was formerly used by Volkswagen as a corporate VIP shuttle. The aircraft was brought to Lufthansa Technik’s base in Hamburg for the conversion project, which took a total of 26 months. 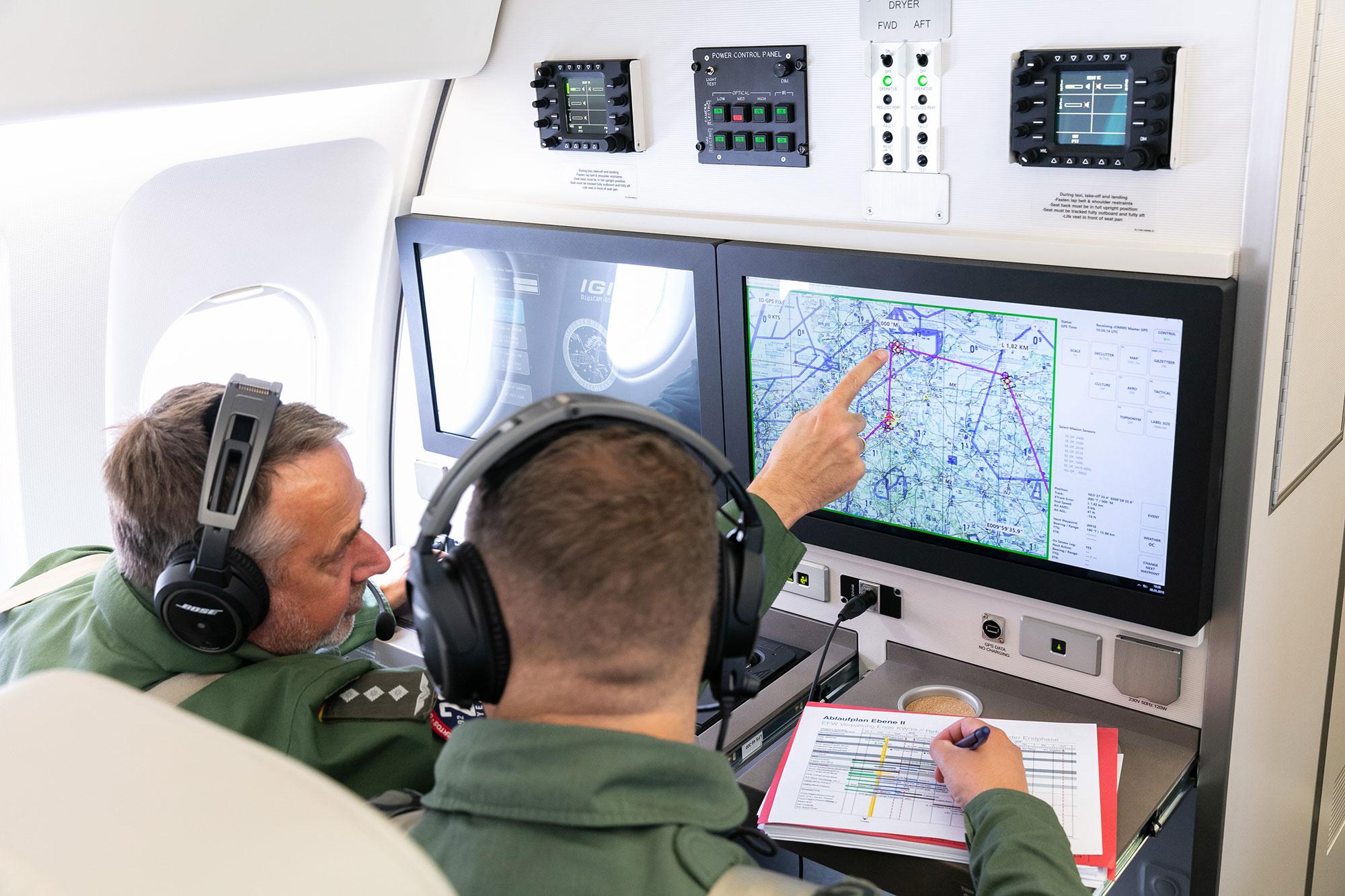 The purpose of the conversion project was to turn the former business jet into an Open Skies observation aircraft for the German armed forces. Under the Treaty on Open Skies, members of NATO and the former Warsaw Pact can fly over each other’s territories and capture photo, radar and infrared images. Prior to this conversion project, Germany had been using the aircraft of partner nations since 1997 for this purpose. 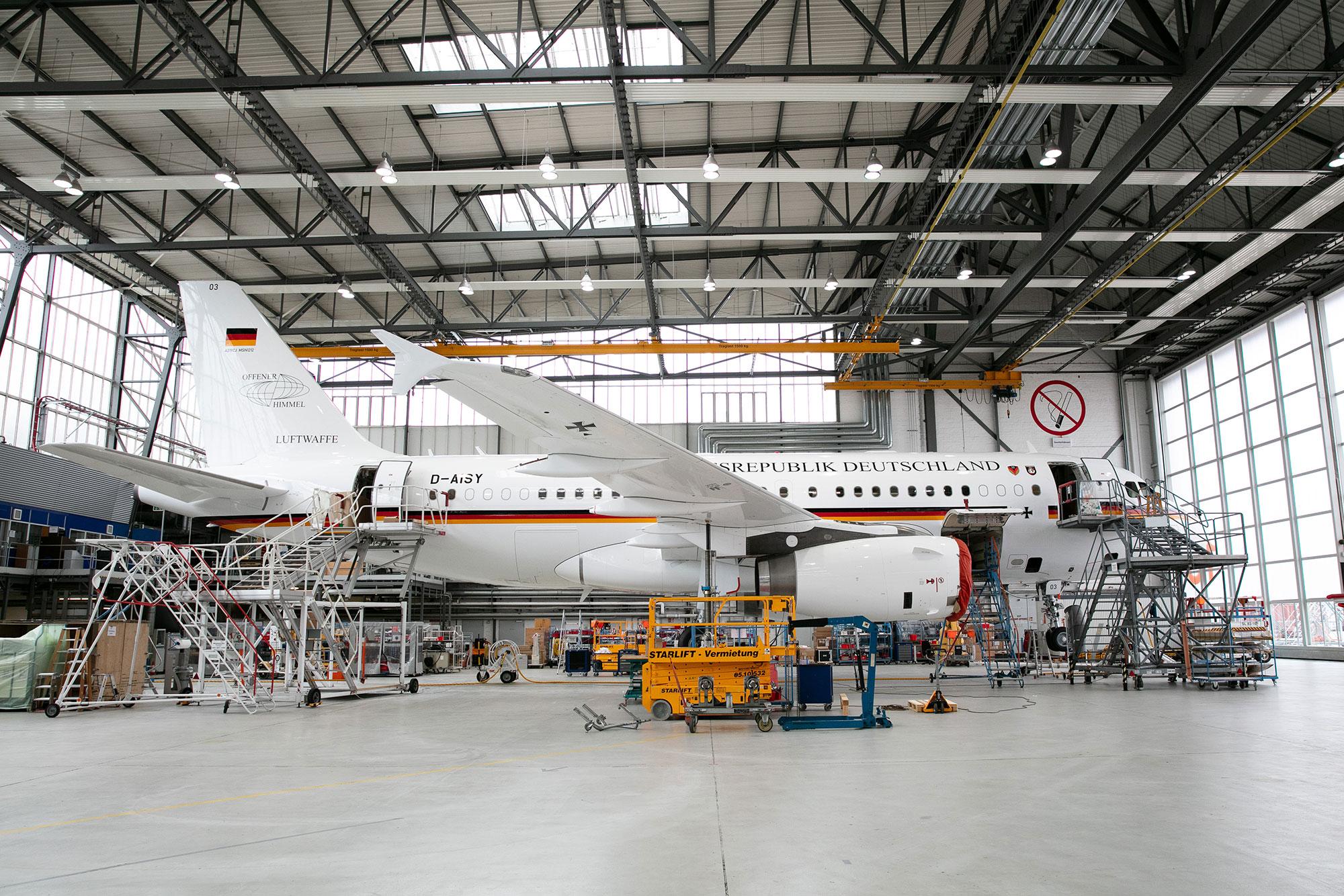 LHT served as the conversion project’s general contractor and system integrator, working with more than a dozen industrial partners to meet the German armed forces’ requirements. The aircraft was given a complete overhaul and received more than 150 modifications. 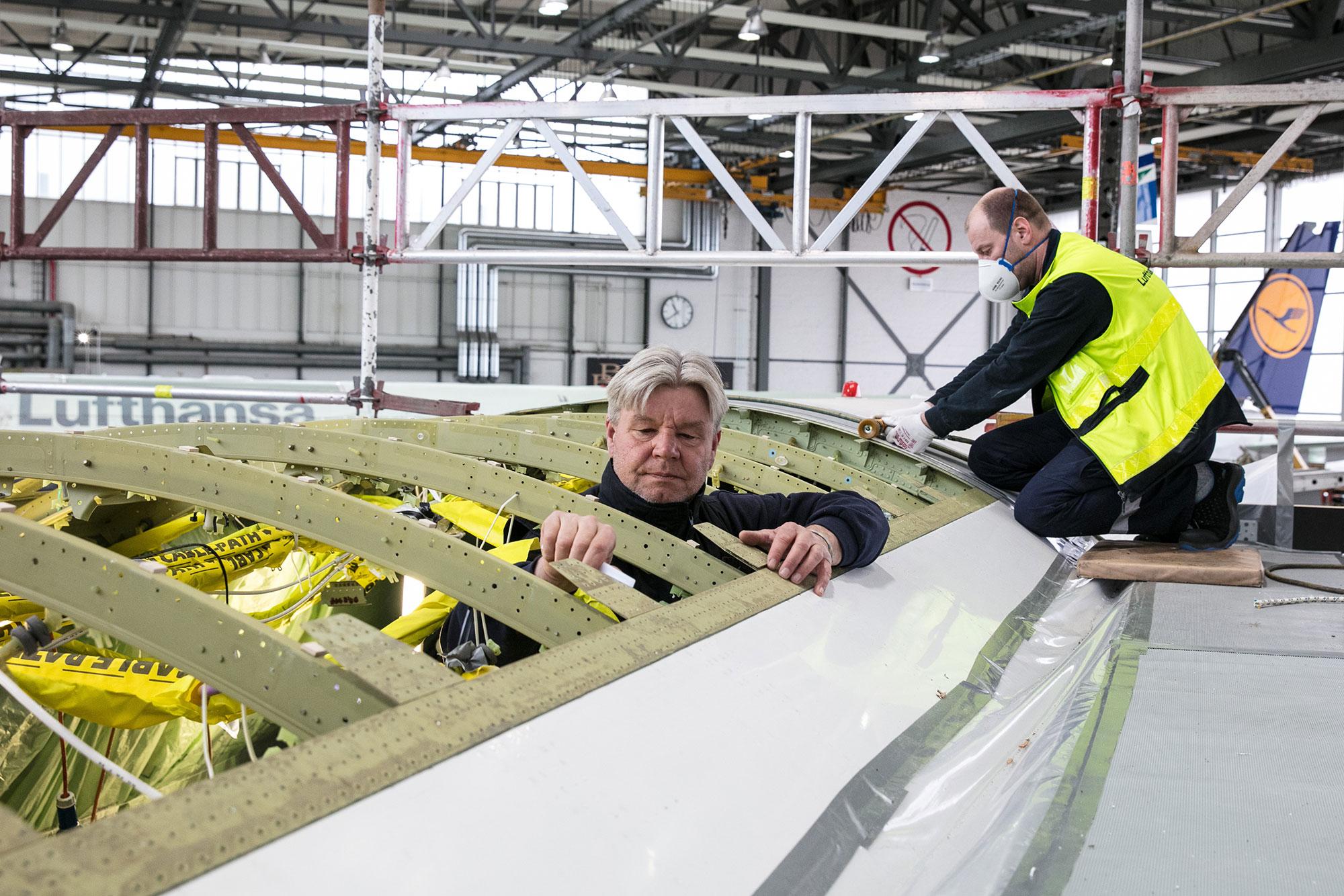 Modifications ranged from implementing minor airworthiness directives to what LHT says were fundamental alterations of the aircraft’s structure. LHT replaced a seven-meter-long part of the aircraft’s outer skin on the upper side of the fuselage. 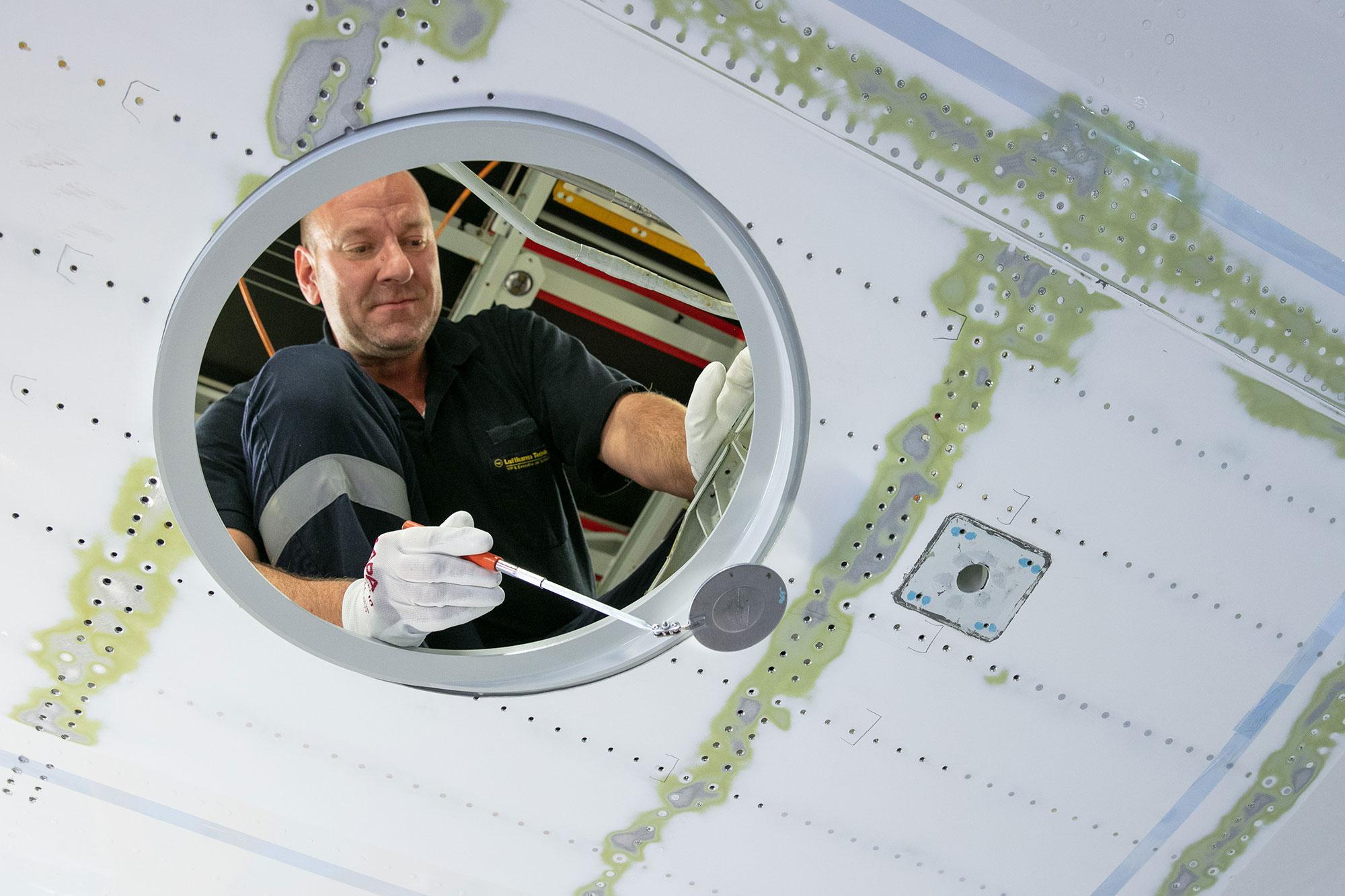 LHT also cut openings out of the lower part of the fuselage and fitted them with glass to accommodate observation and camera technology. 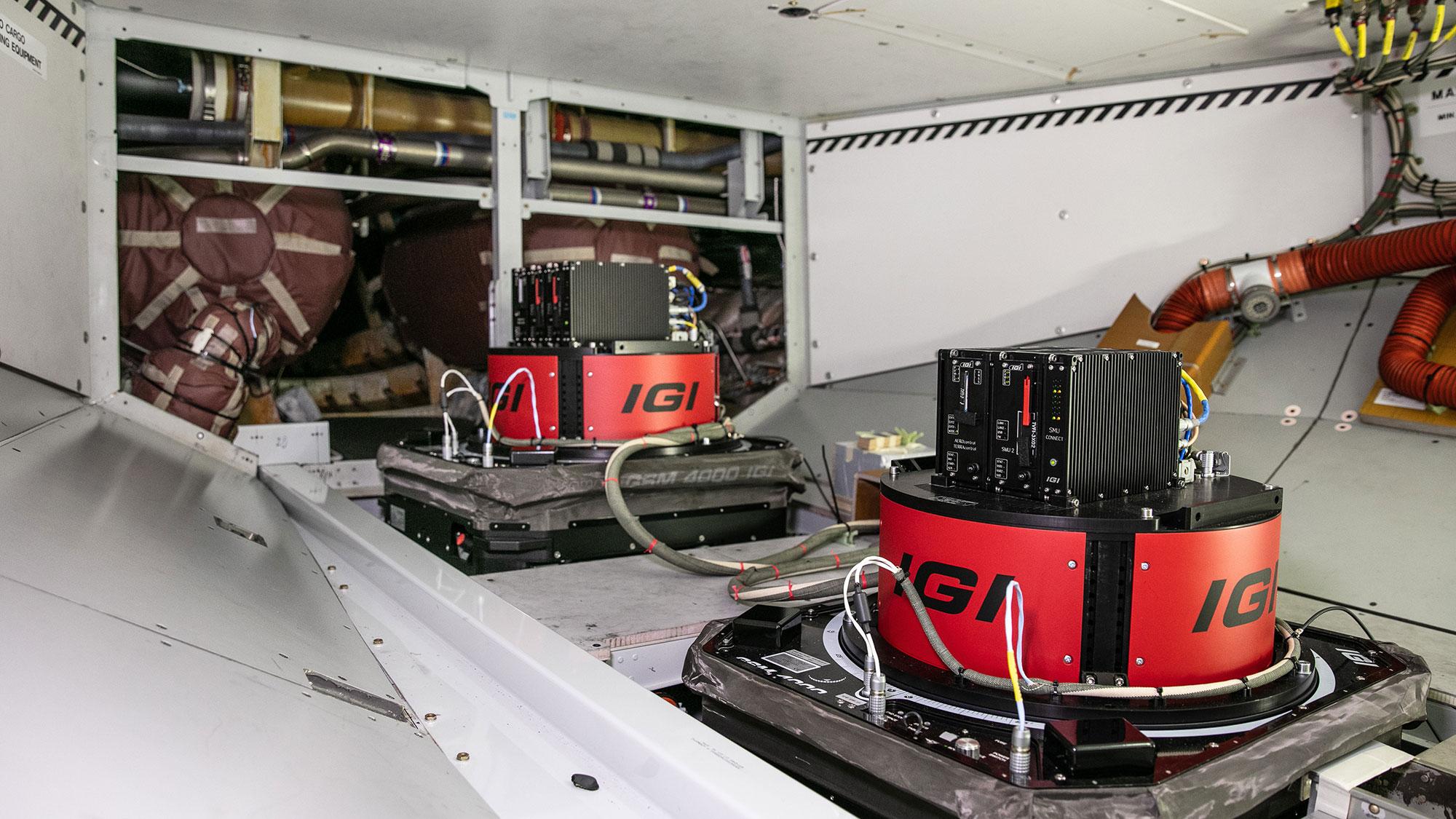 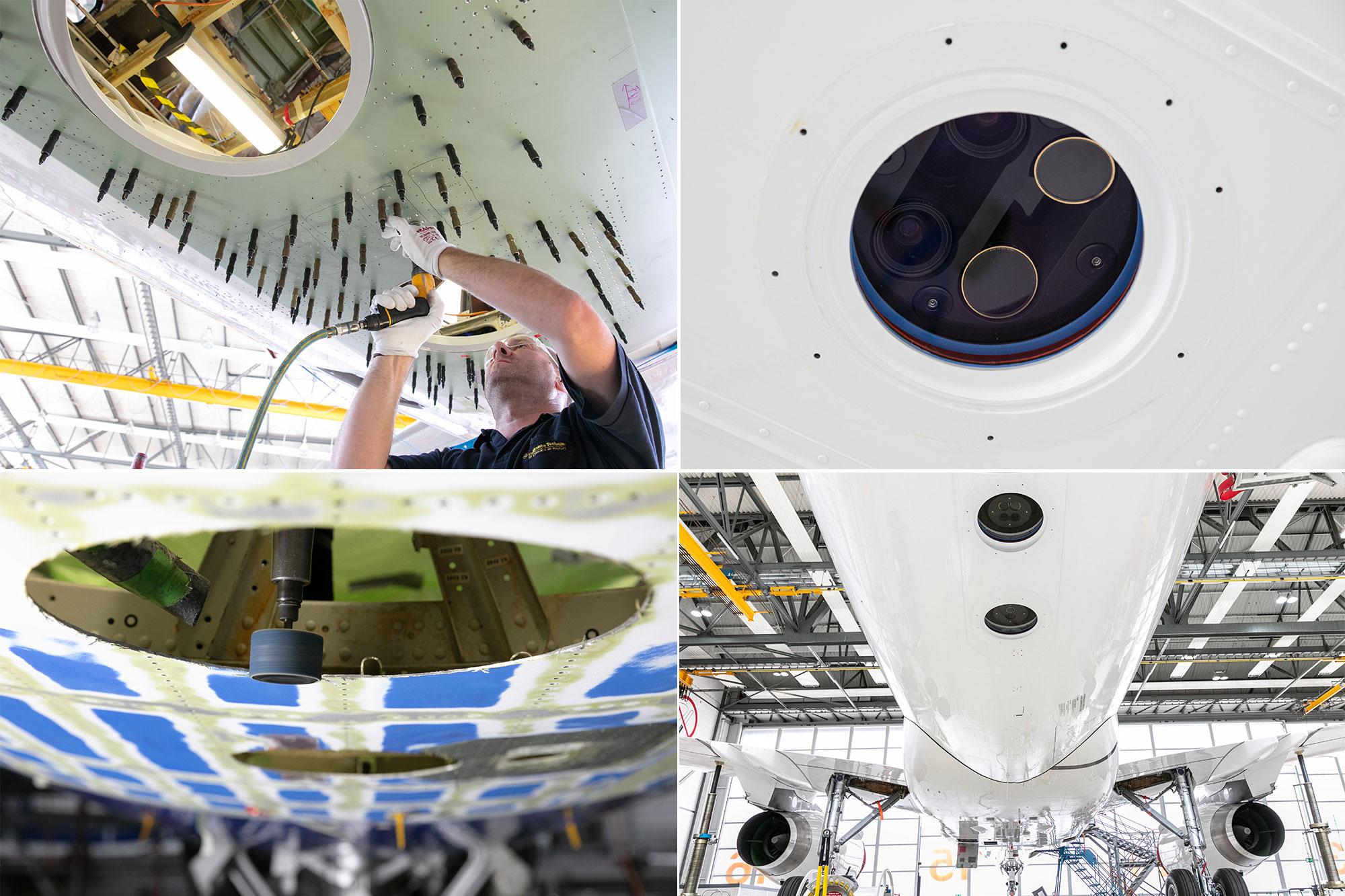 Additional views of the modifications work that took place to install the aircraft’s observation and camera technology. 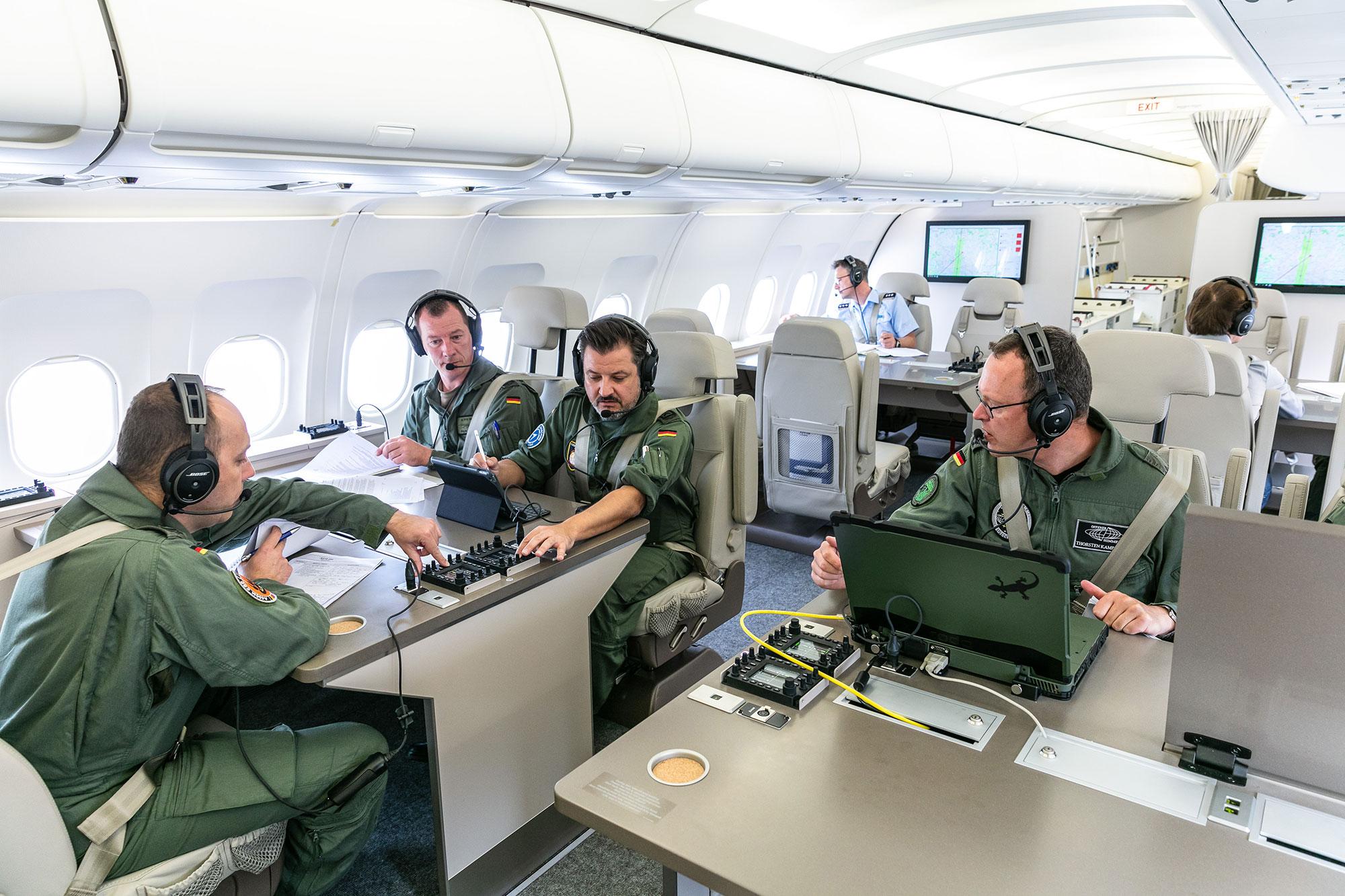 Inside, LHT made major modifications to the aircraft cabin. These included equipping the cabin with four ergonomic operating stations for the observation team. To allow easy access for inspection of onboard systems, LHT’s engineers created maintenance flaps and access doors throughout the cabin and its installations. 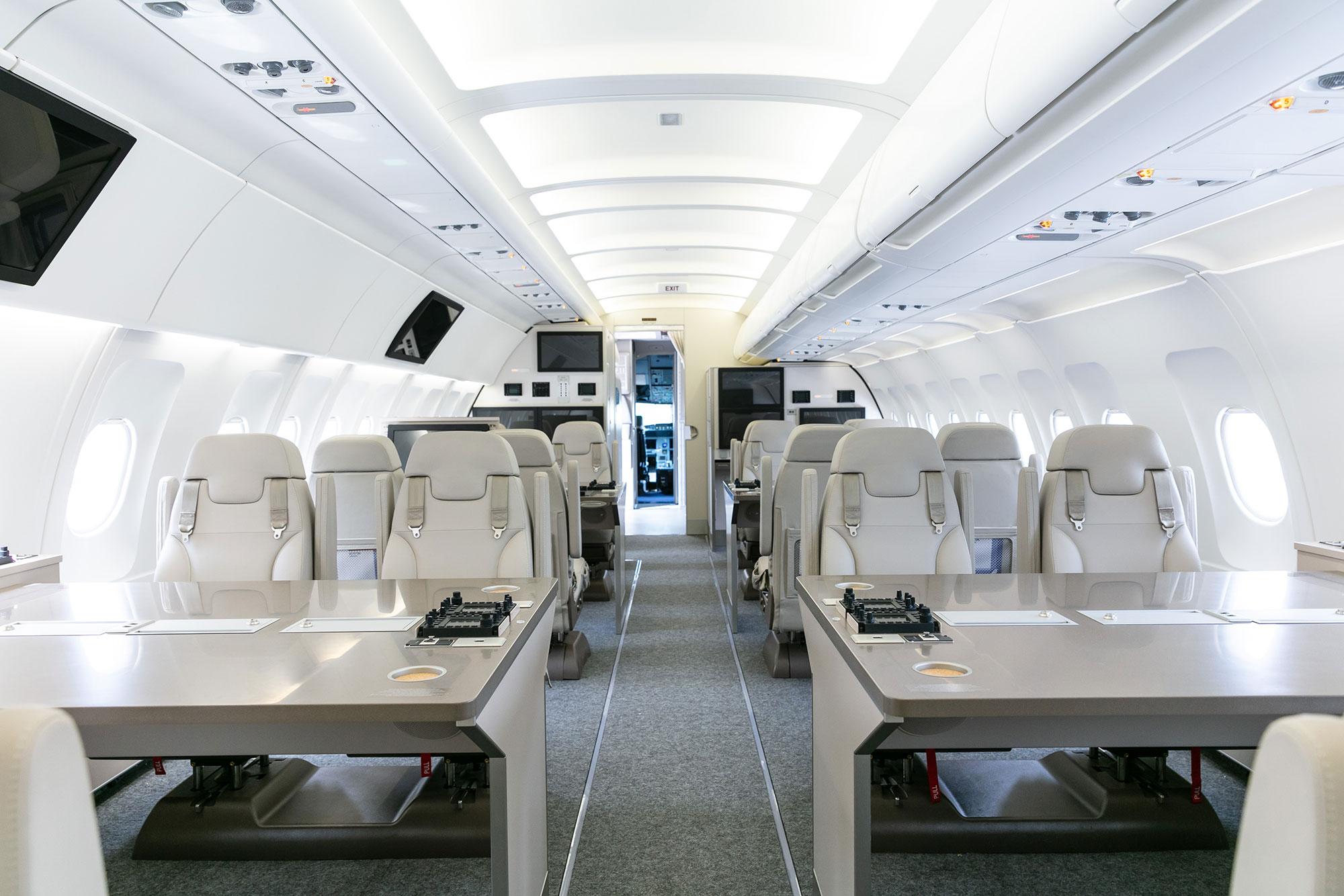 Sixteen additional seats were installed in the mission area for staff flying aboard. Although the primary purpose of the aircraft is to fly missions within the framework of confidence-building measures, it can also be used for medical and conventional passenger transport. 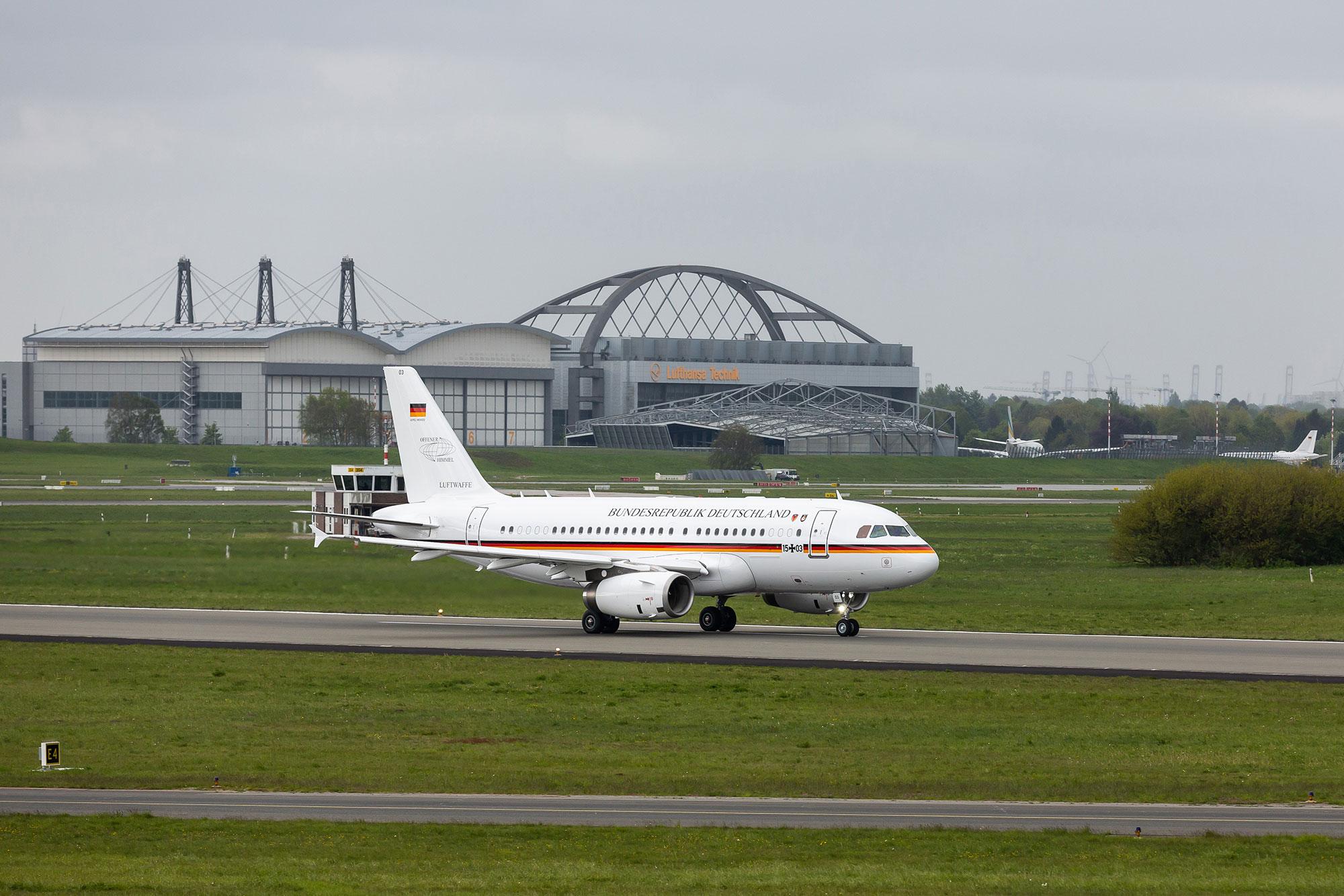 LHT says the conversion project required three supplemental type certificates (STC) for approval, which included STC for the structural modification, the cabin and cockpit modification, and the camera windows in the fuselage. 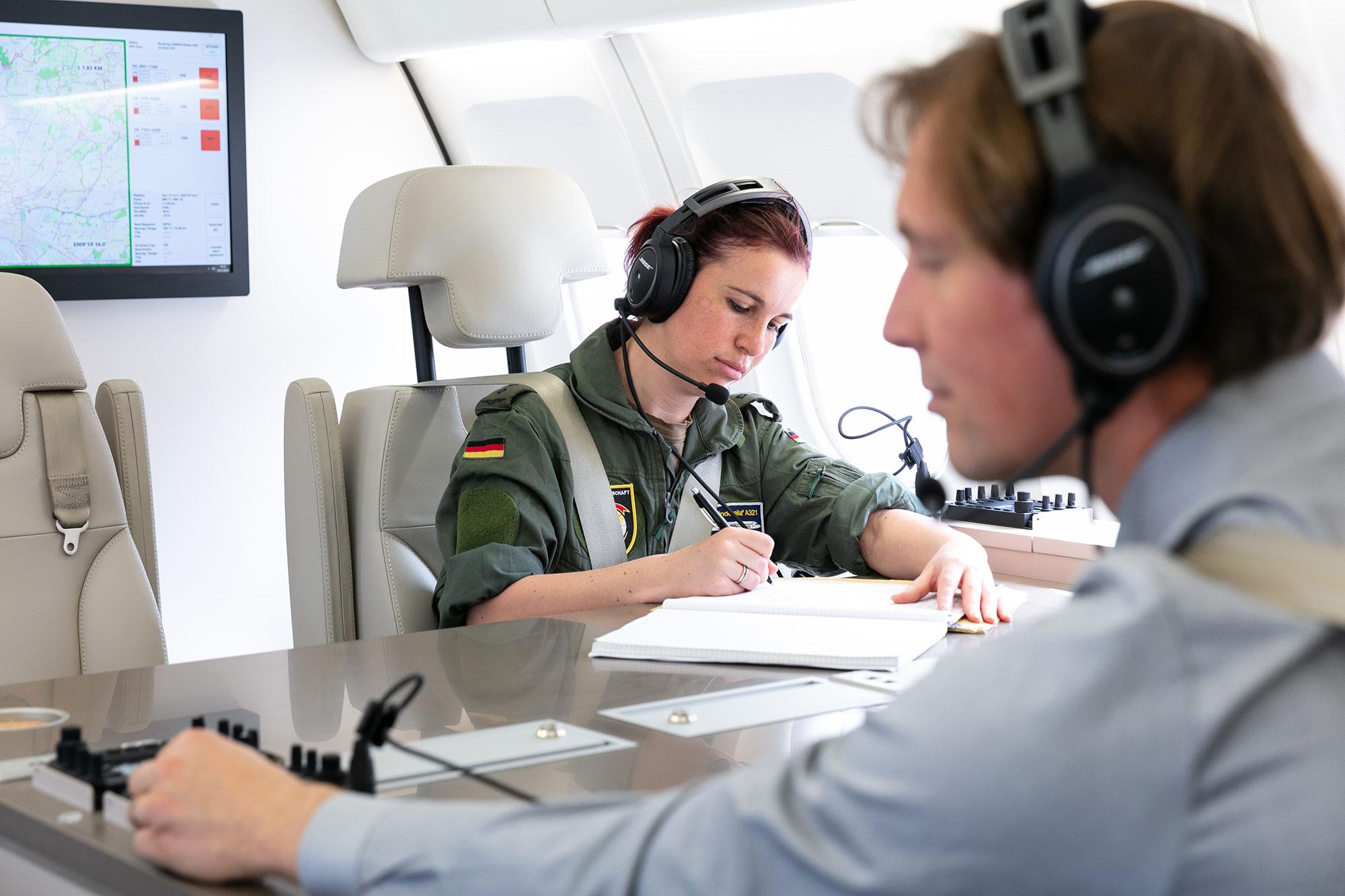 Before the aircraft can be used for observation flights over other state parties, it must be accredited by all member states. In addition to its own usage, the German armed forces will rent the aircraft out to other countries to use for their own mission flights. 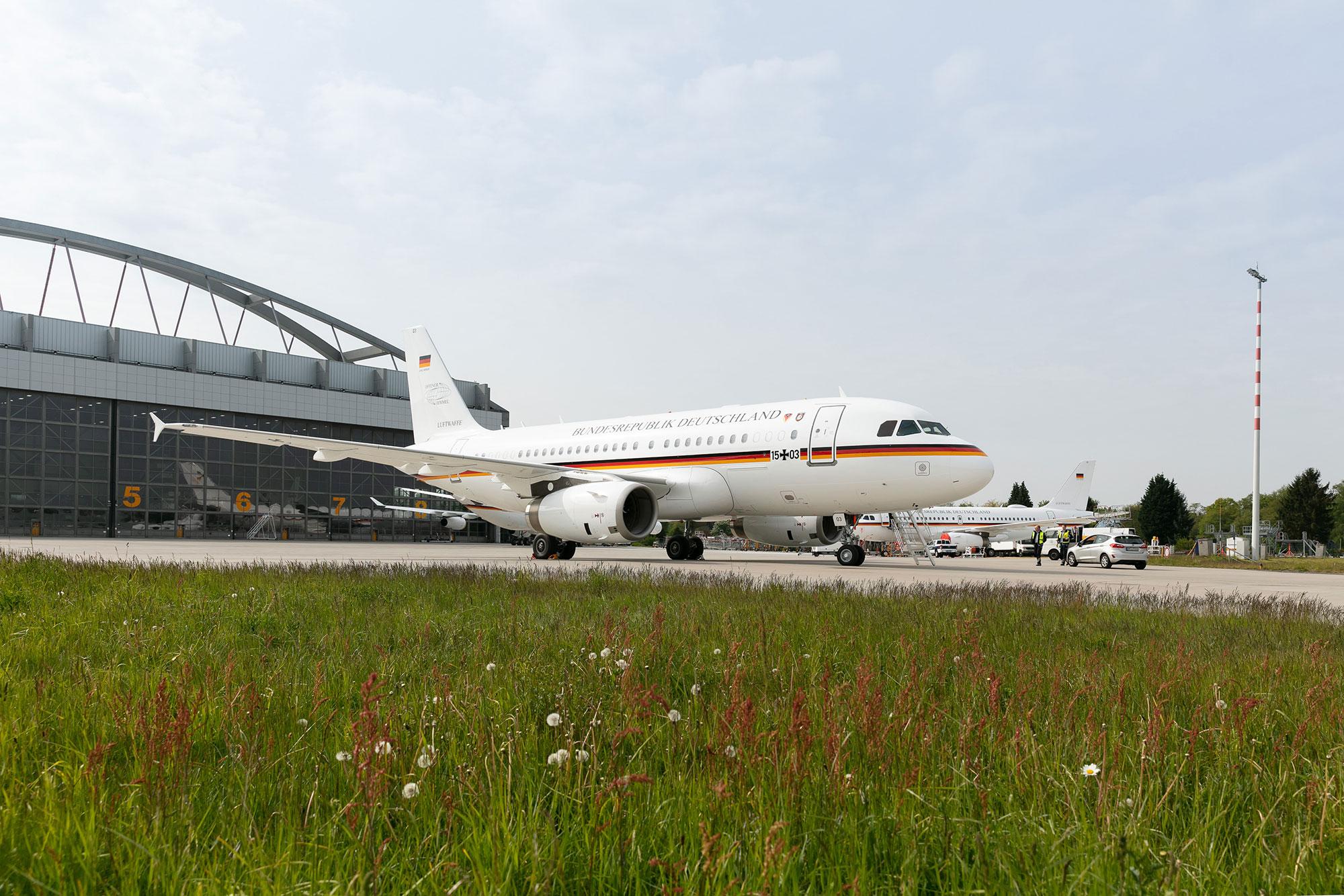 According to LHT, the conversion project was completed on schedule and within budget, although it is not sharing financial details. This was the MRO provider’s first conversion of a surveillance aircraft used under the Treaty on Open Skies. Previously, LHT has performed other conversion of military aircraft, such as cabin concepts for Airbus A330 Multi-Role Tanker Transports.

Lufthansa Technik recently finished converting an Airbus A319CJ into a special mission aircraft for the German armed forces. Read on to get a look inside the 26-month conversion project, which entailed more than 150 modifications.