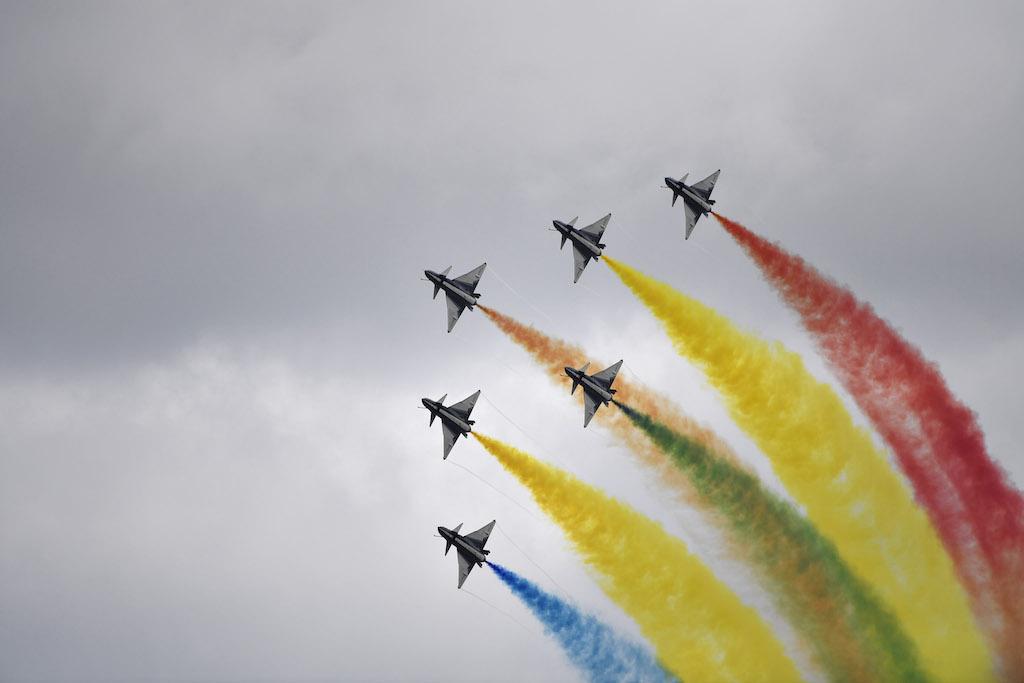 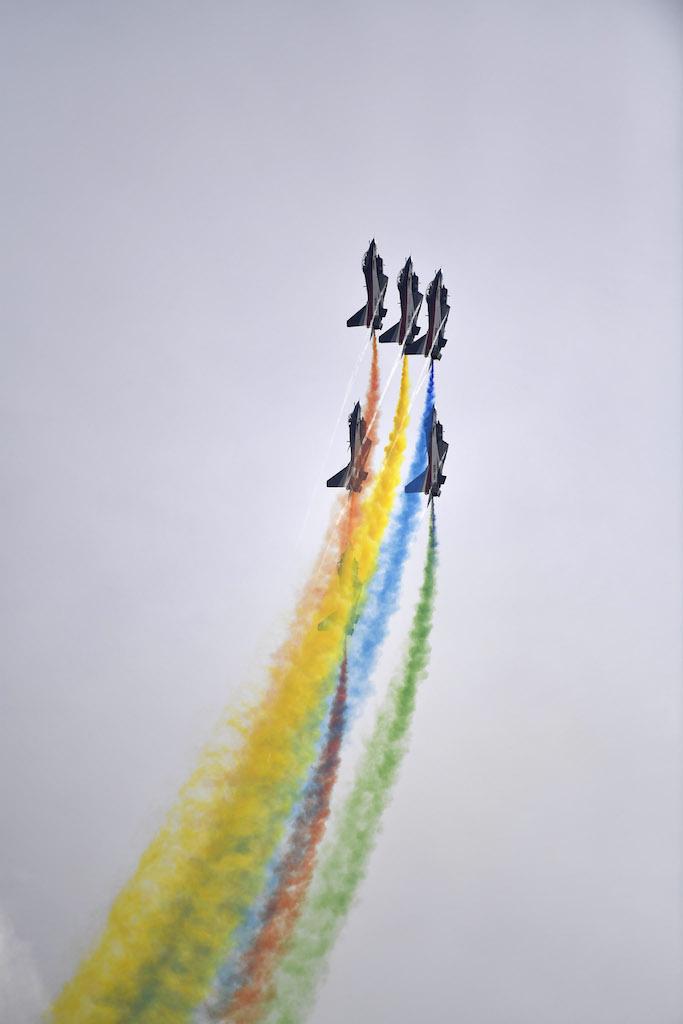 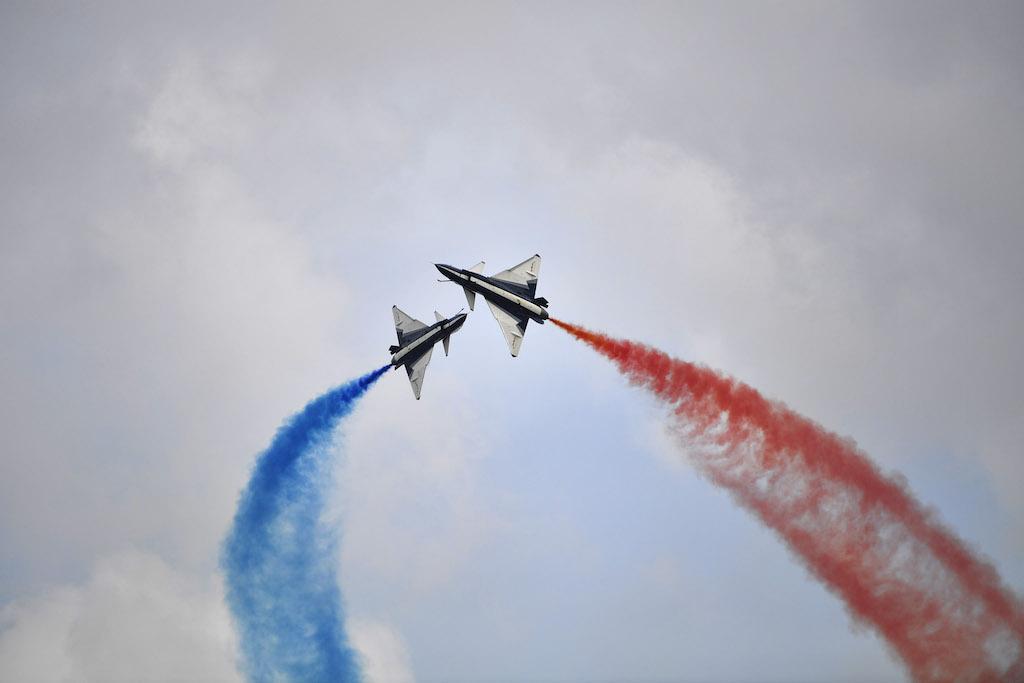 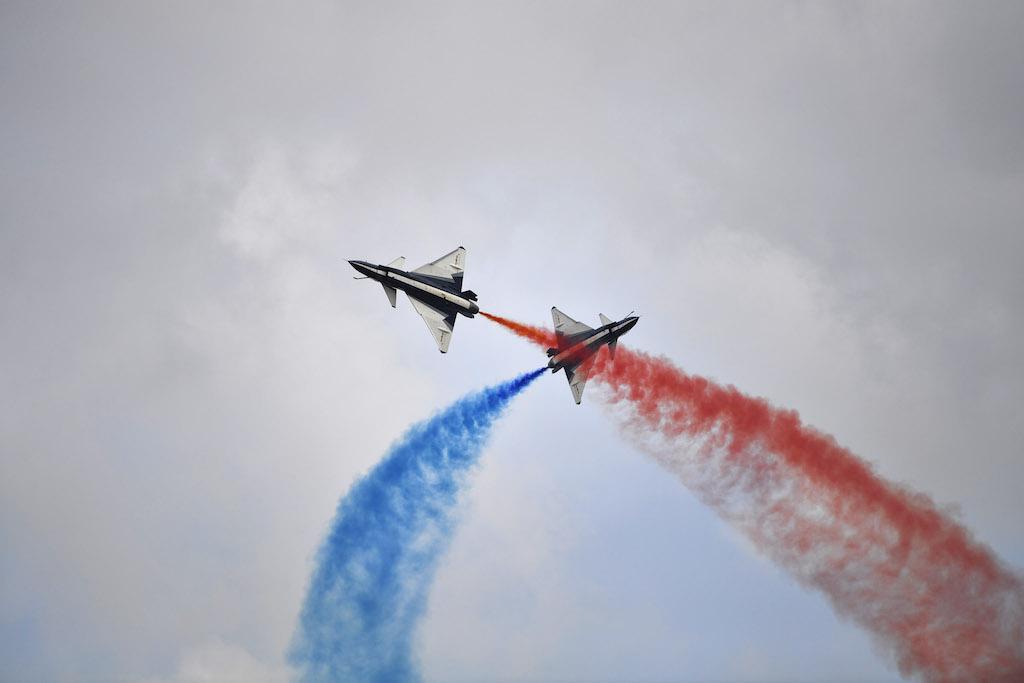 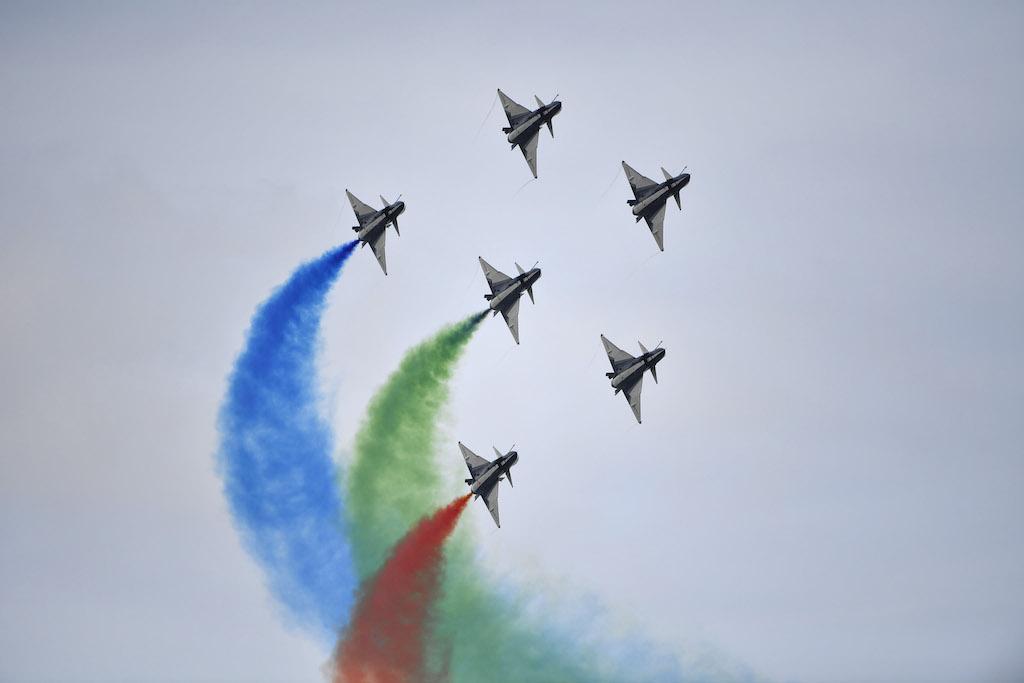 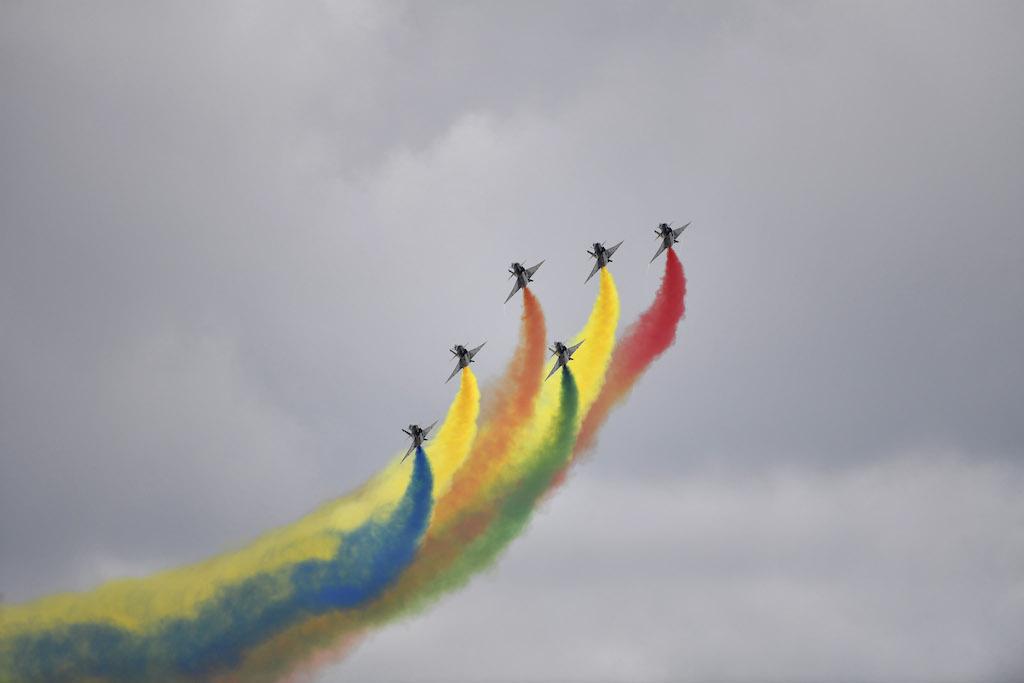 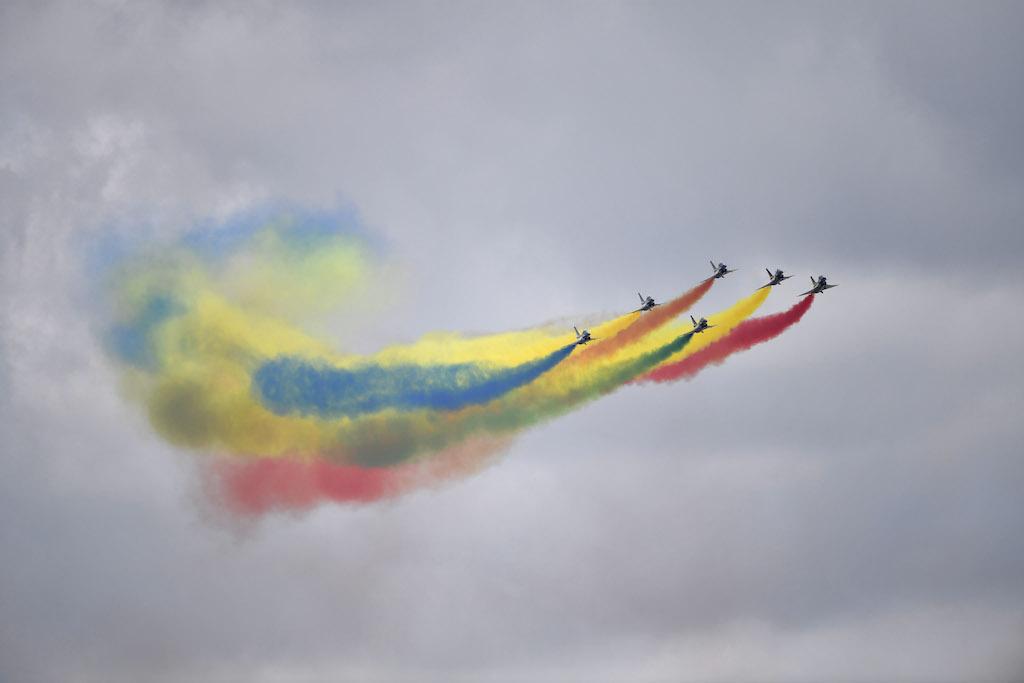 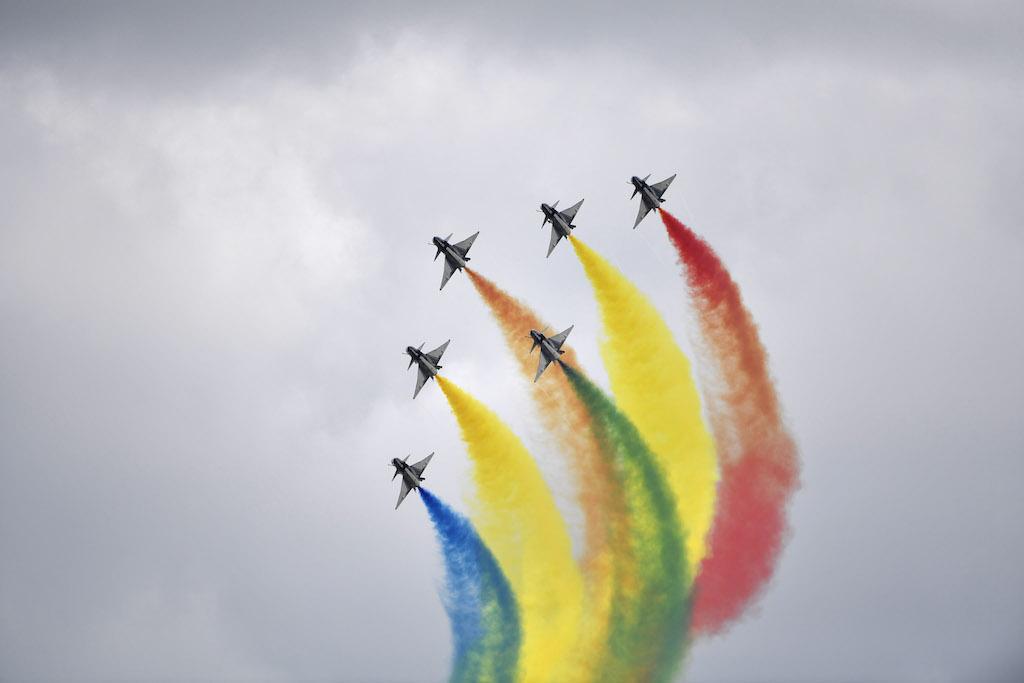 Thirteen years after its official unveiling by the Chinese government, the Avic J-10 fighter is making a surprise grand debut at the Singapore Airshow. Six J-10s belonging to the People’s Liberation Army’s Air Force’s Ba Yi (August 1st) aerobatics team landed in Singapore on Feb. 5. It was only then that the Singaporean government and airshow organizers announced the Ba Yi’s surprise appearance in the flying display. Chinese companies are banned from attending the airshow, but the display team received special approval from the Singaporean government, which noted the team’s daily medical checkups. 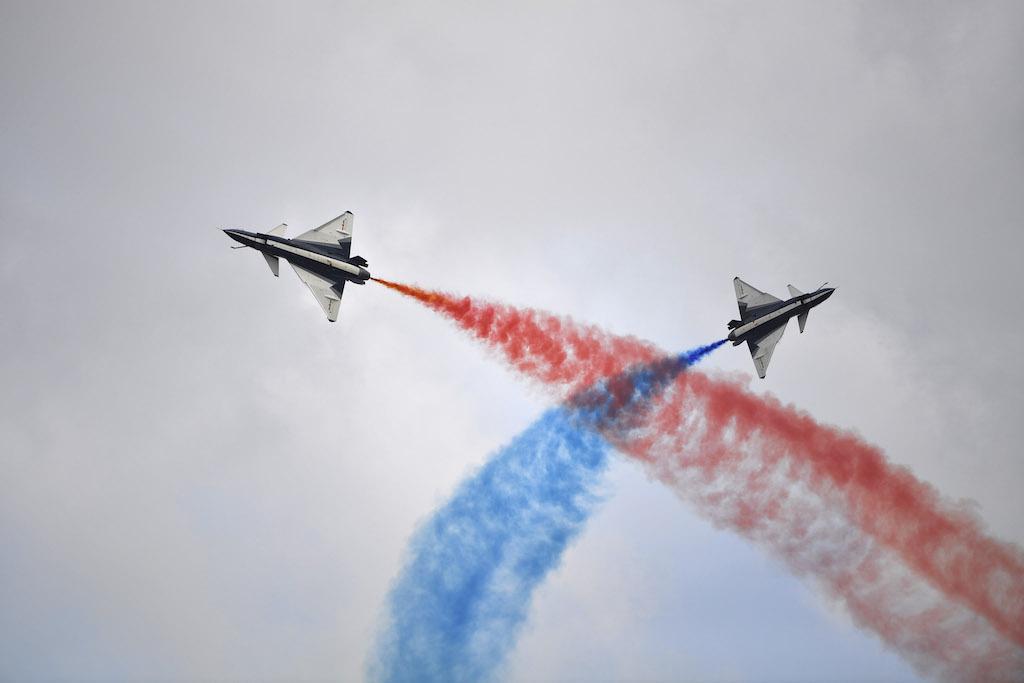 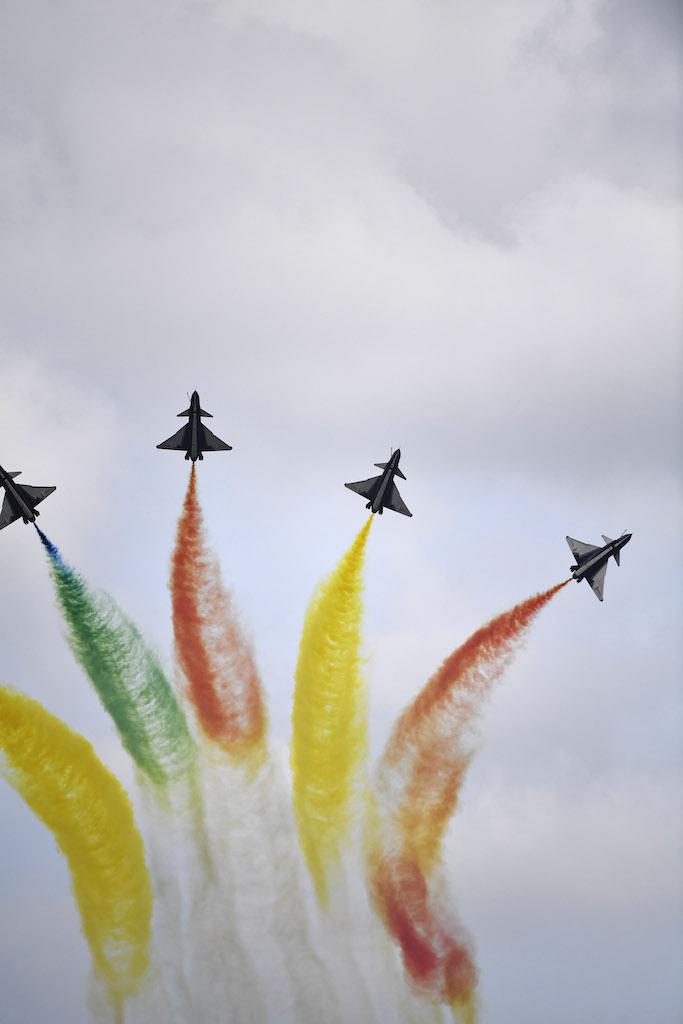 The participation of the People’s Liberation Army Air Force (PLAAF) Ba Yi aerobatic team at the 2020 Singapore Airshow has raised numerous eyebrows, including the general Singaporean public. Singapore has imposed a restriction for all foreigners with a travel history to China in the last 14 days from entering the country to stem the spread of the virus.

The team, consisting of seven Chengdu J-10 and two Ilyushin IL-76 and 100 personnel landed at Changi Airbase Feb 5. and will leave Feb. 18.

Airshow organisers Experia Events explained that team has taken proactive measures like health checks and temperature screenings to ensure that the team is healthy before they fly into Singapore.

“These measures were in place even before Singapore imposed restrictions on travellers from Hubei,” said an Experia spokesperson. “The Chinese personnel are military personnel who live on bases and have been conducting regular health checks and regular temperature monitoring. They are taking all necessary precautionary measures in line with existing guidelines while they are in Singapore.”

“Many countries in the world are grappling with the 2019 Novel Coronavirus outbreak but these two close and dependable friends are here in answer to our invitation to participate in the airshow. Not only did they turn up, but they are also doing more than ever,” Singapore Defence Minister Ng Eng Hen said in his Facebook post.

He added that the PLA team is in Singapore to celebrate 30 years of diplomatic ties between China and Singapore and assured the public that the team has taken 'special and onerous' steps many weeks before to ensure they are not affected by the viral outbreak and has passed health checks.

Although it is expected that interaction between the U.S. and PLAAF would be almost non-existent, it will be the first few occasion for United States' F-22 and F-35B pilots in the region to observe the J-10 in an international airshow.