Grumman TBM-3E Avenger, N7226C, has been restored to its wartime condition.. Six TBMs took part in the Battle of Midway, and the TBM remained a frontline torpedo bomber for the duration of the Pacific War. 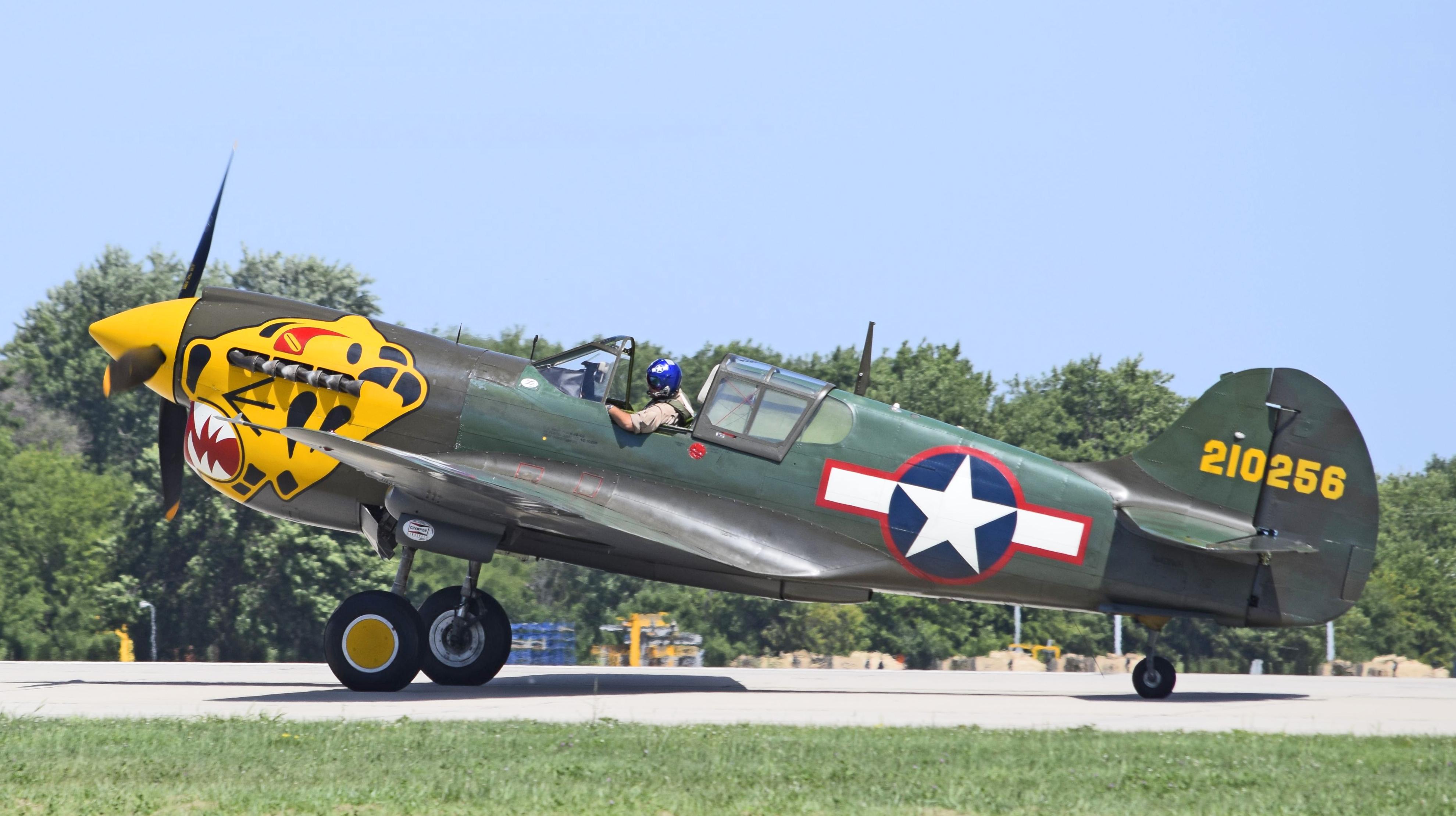 Nakajima A6M2 Model 21 “The Last Samurai” is owned and operated by the Texas Flying Legends museum. One of only four flyable Zero airframes in existence, it is now powered by a Pratt & Whitney radial engine. It was retrieved from the jungle island of Ballale in the late 60′s. 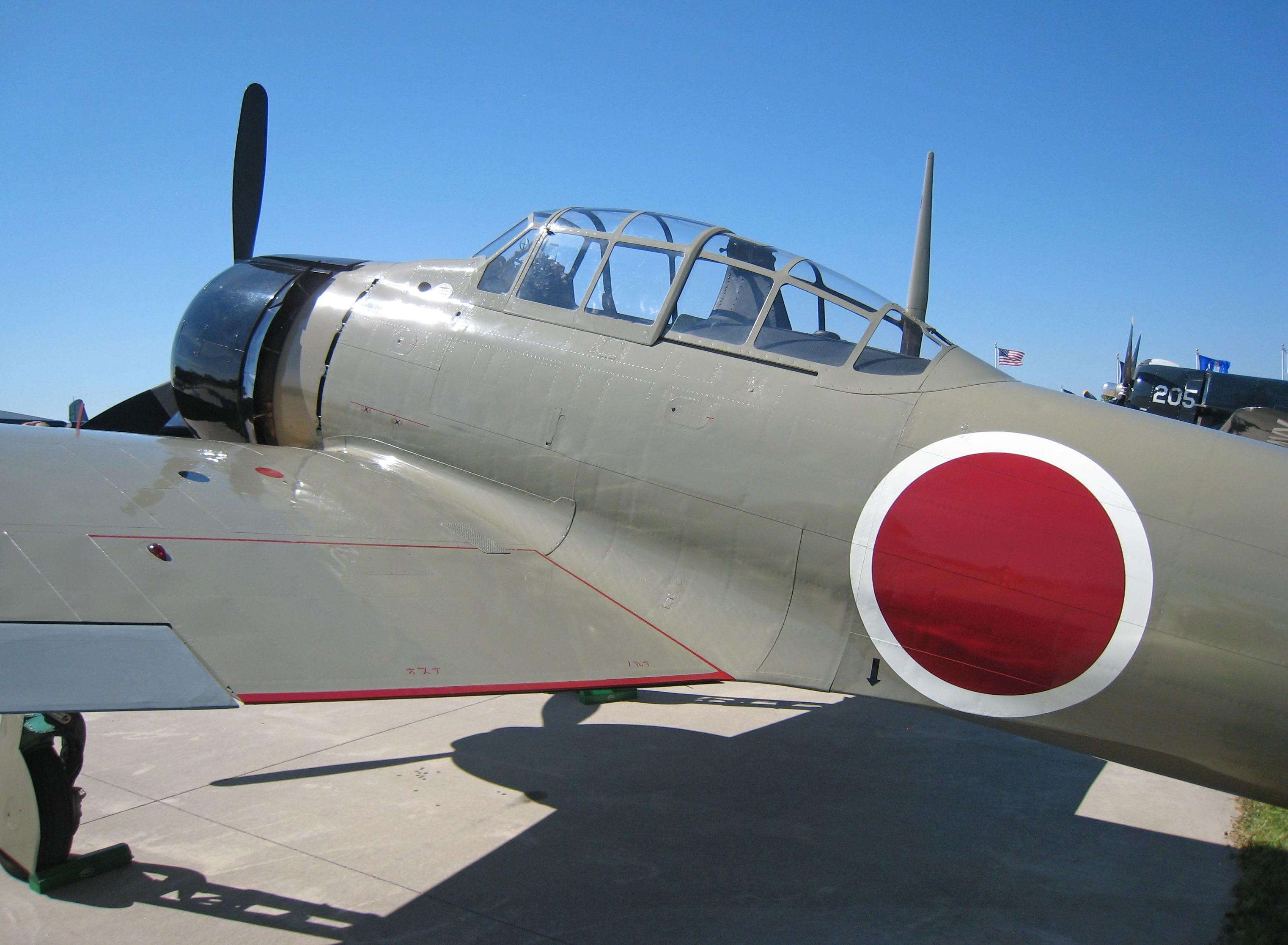 Sheathed in aluminum of 12- and 20-thou thickness, the Zero is very thin skinned. “Don’t touch it, you’ll dent it,” said a guard. “But looking at it won’t hurt it.” No, they weren’t built to last. 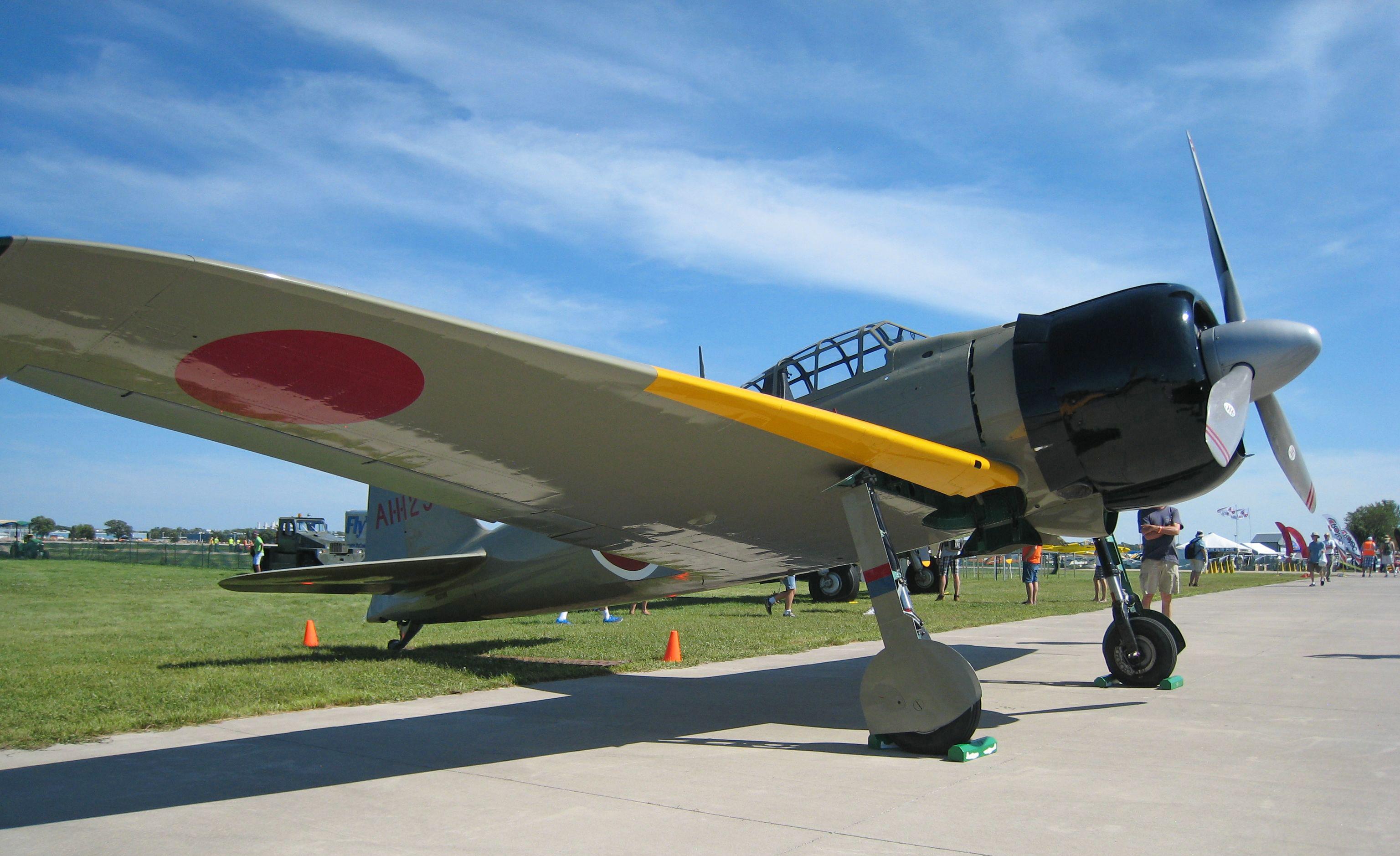 The restored Zero is powered by a Pratt & Whitney R-1830 series engine, very similar to that in the DC-3.

An RV-7 from Texas taxies past two warbird T-28 trainers. Many regards the RV series of homebuilt sportplanes as their personal fighters, so spritely is their performance. 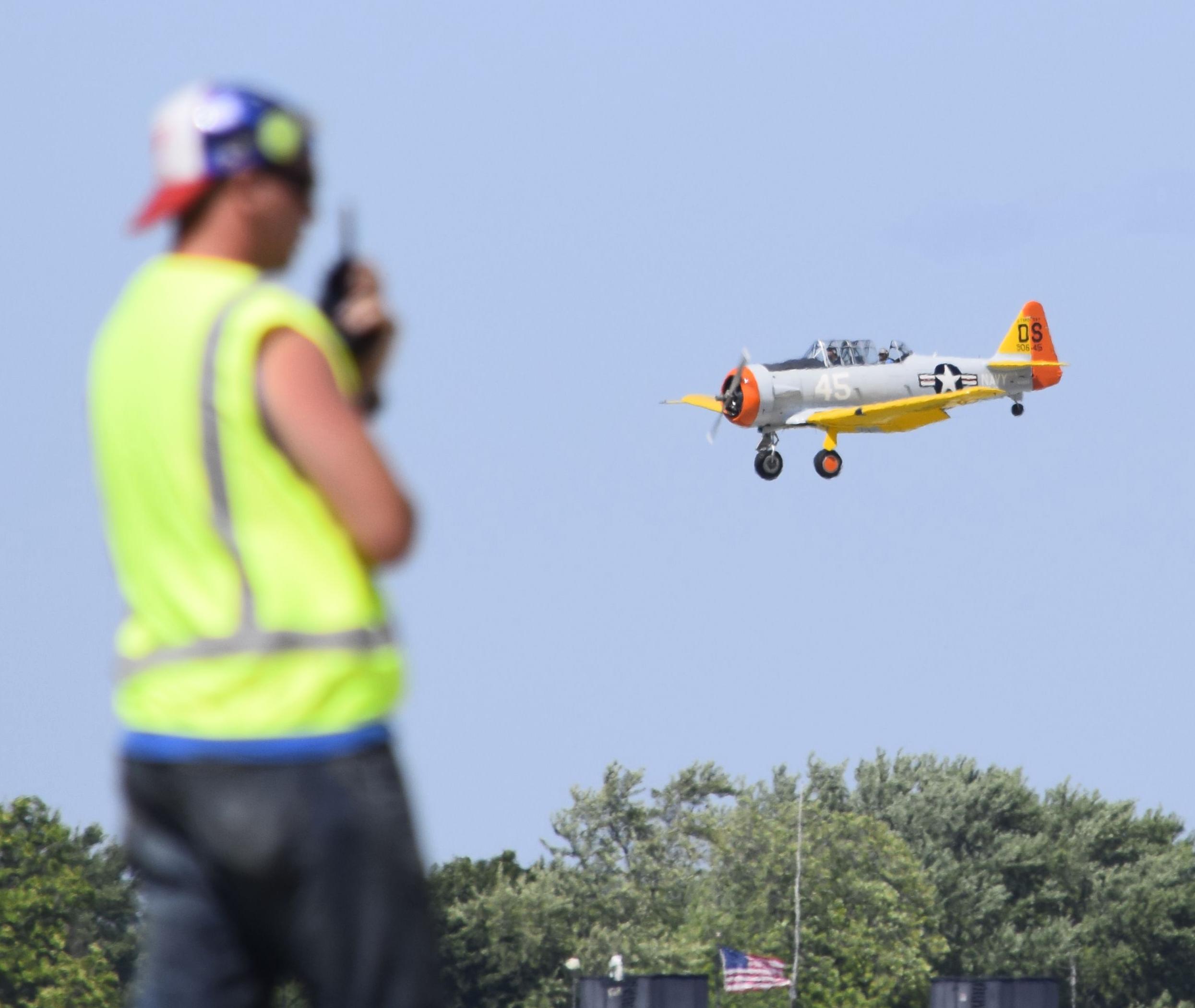 T-6 trainers flock by the score to EAA AirVenture every year from all across the U.S. and Canada. 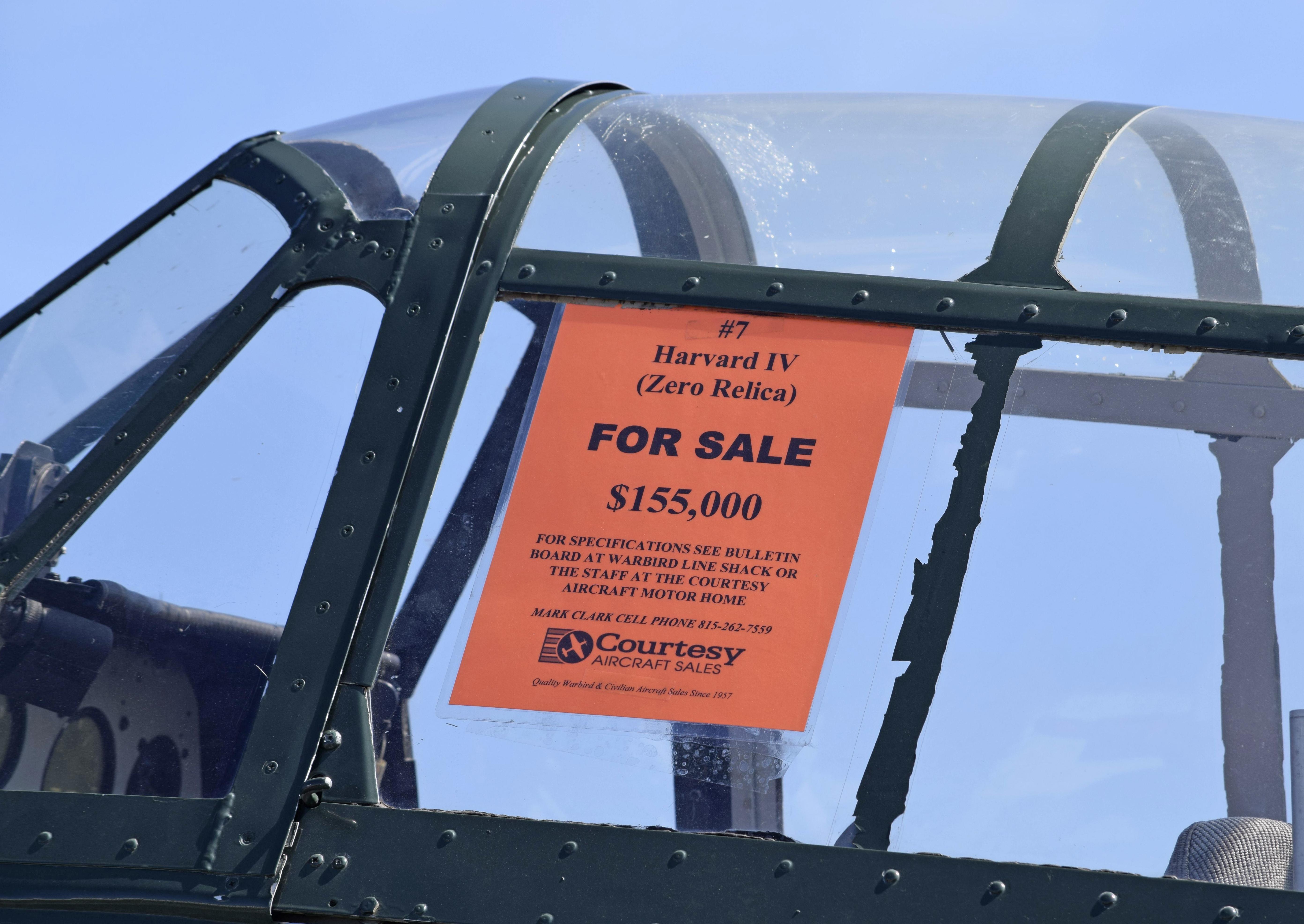 Take it home with you! 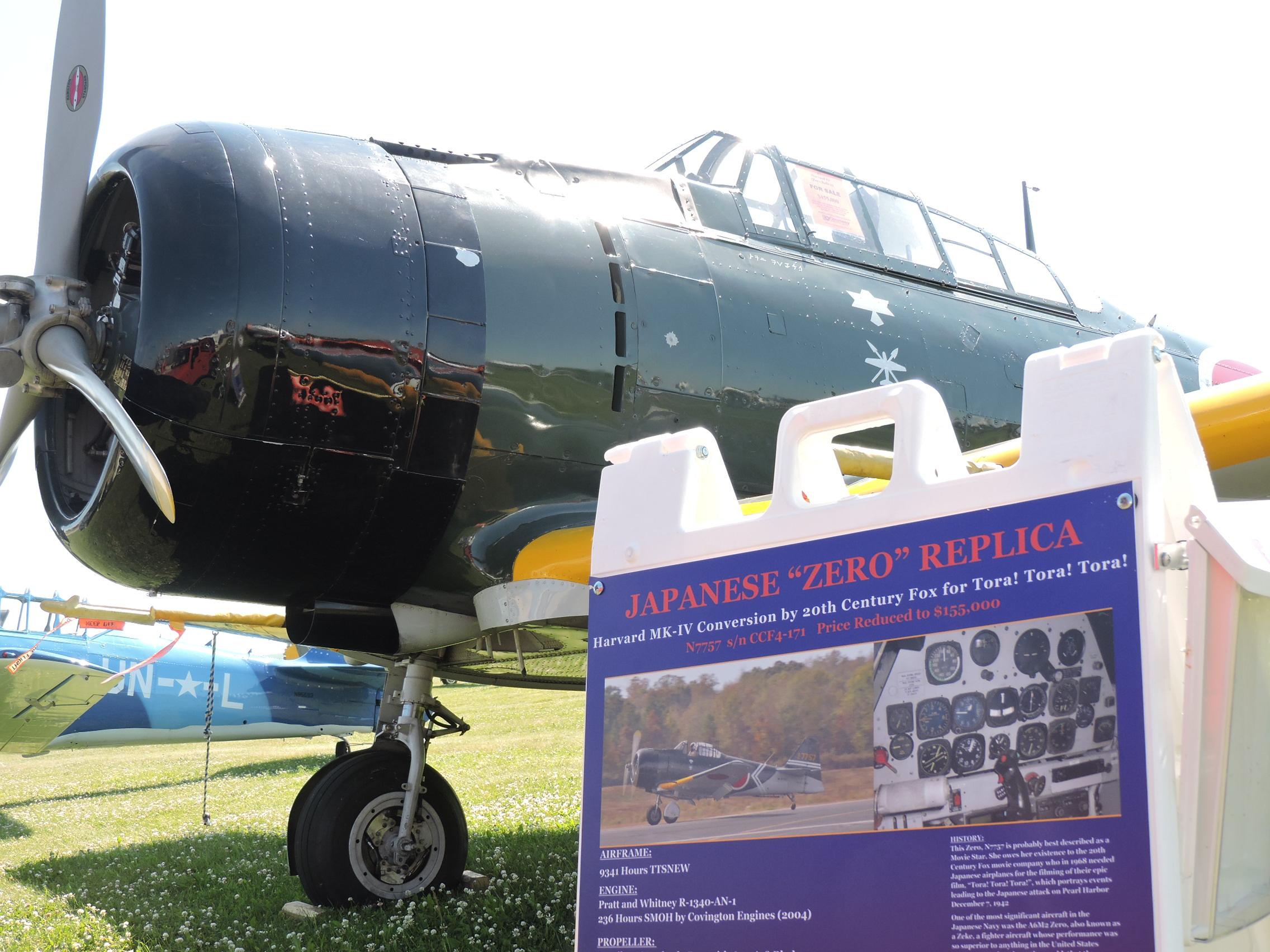 This movie-star Harvard IV version of the T-6 is for sale. Converted by 20th Century Fox into a “Zero” lookalike for the movie Tora! Tora! Tora!, it has been popular as “the enemy” at air shows ever since. How much: a cool $155,000. 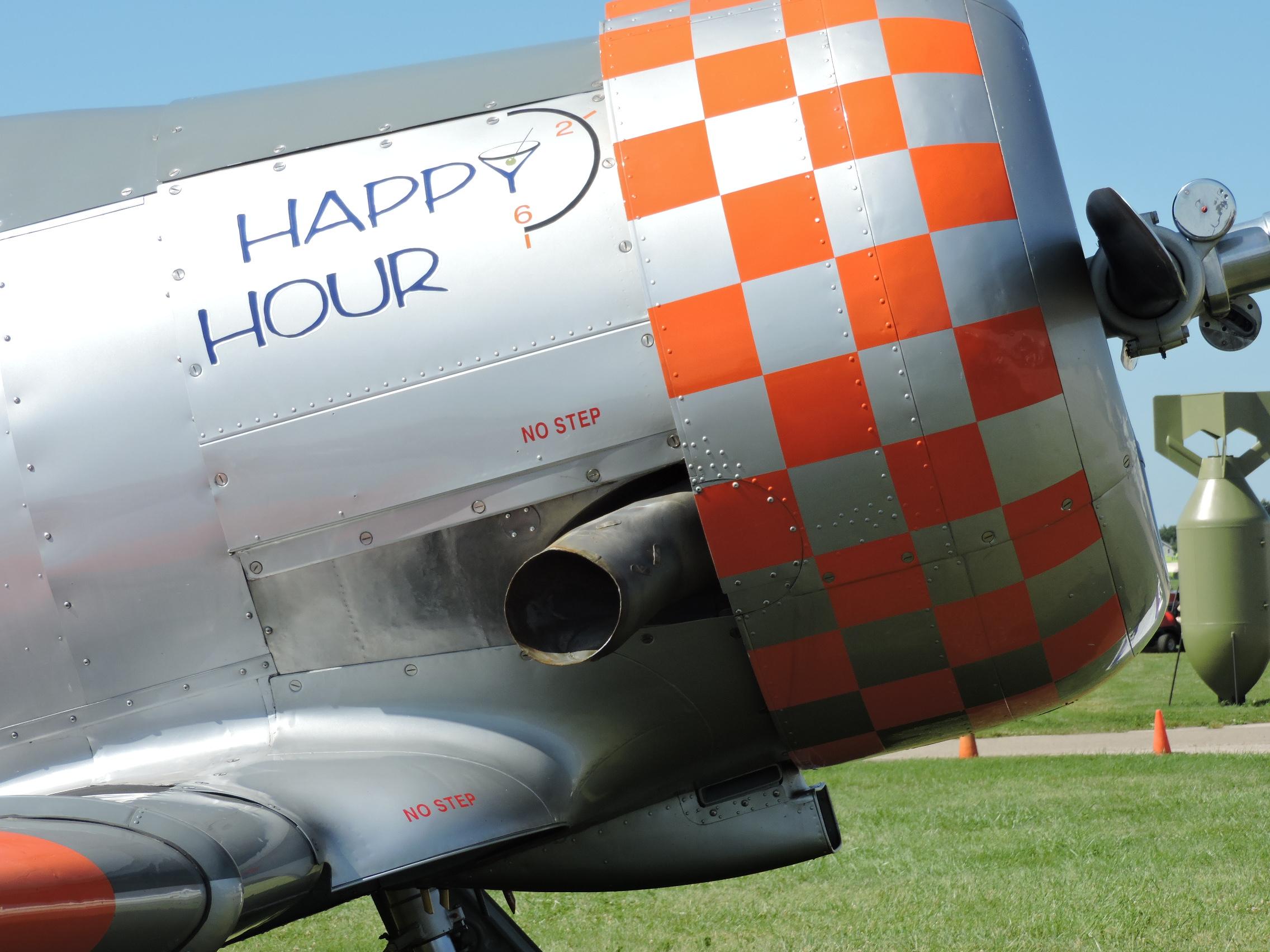 Some people have more than one hobby. The mornings are for flying this ex-South African Air Force T-6G, and the afternoons for celebrating what a good morning it was.