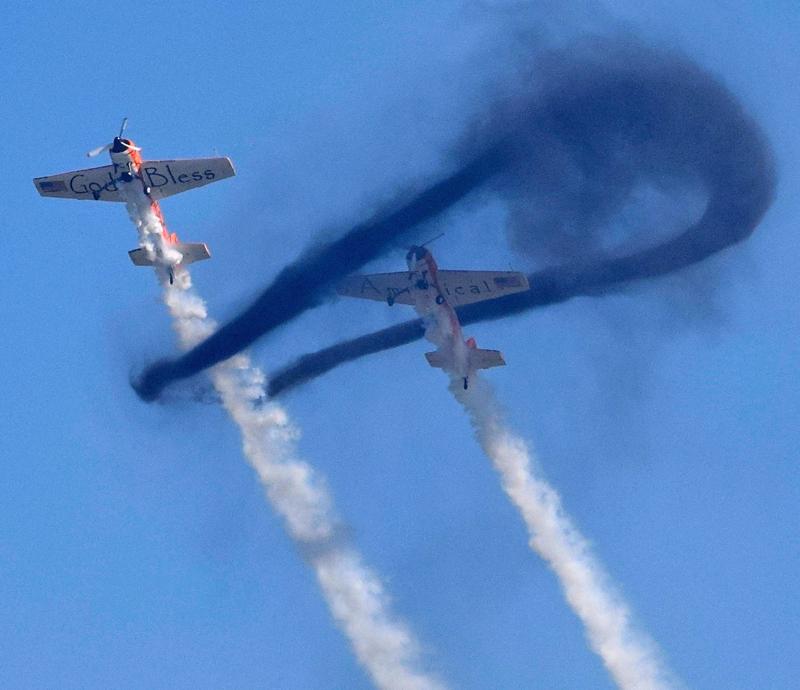 The Twin Tiger Aerobatic Team is unique in that they fly their Bengal-tiger-striped Yak-55Ms through smoke rings that are generated from the ground. The custom smoke-ring generators are placed out on the airfield and fired multiple times to create smoke rings throughout the act. The team is based in Senoia, Georgia. 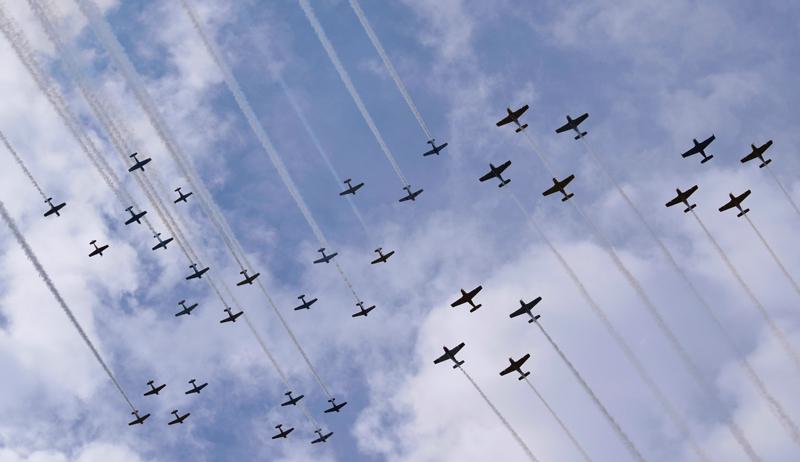 Many warbird pilots practice formation flying before coming to Oshkosh, and then build up mass formations in a scale seen perhaps only at Oshkosh once a year. Adding to the drama is the visual effect of flying formations over each other; aircraft here include T-6 and T-34 trainers. 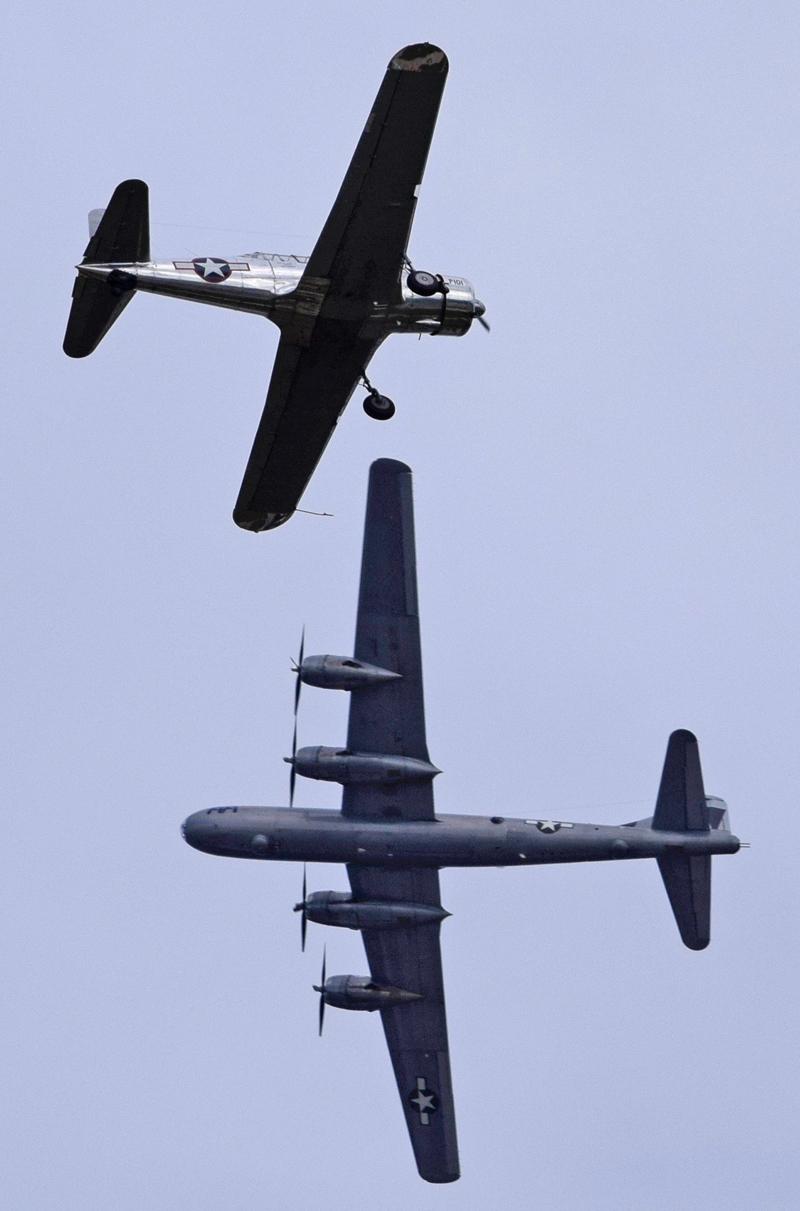 From Trainers to Bombers

A Consolidated Vultee BT-13 trainer and B-29 Superfortess “Fifi” fly by each other during the Oshkosh air show. 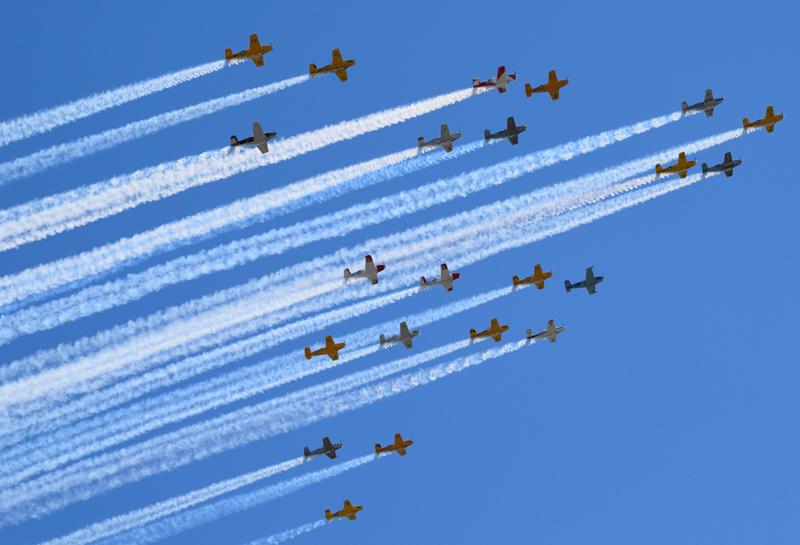 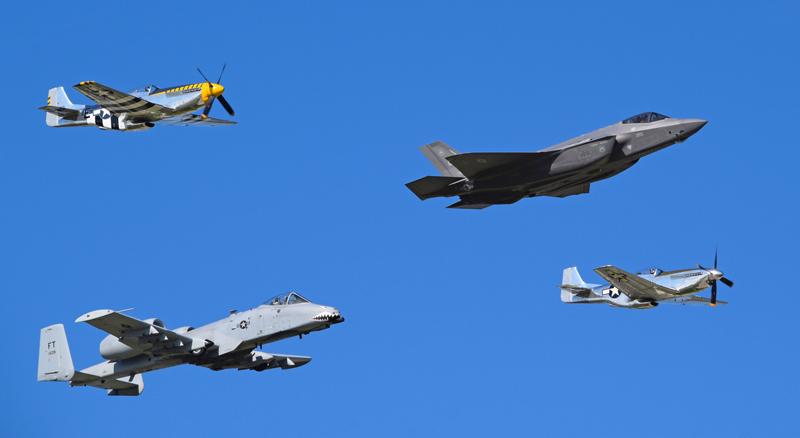 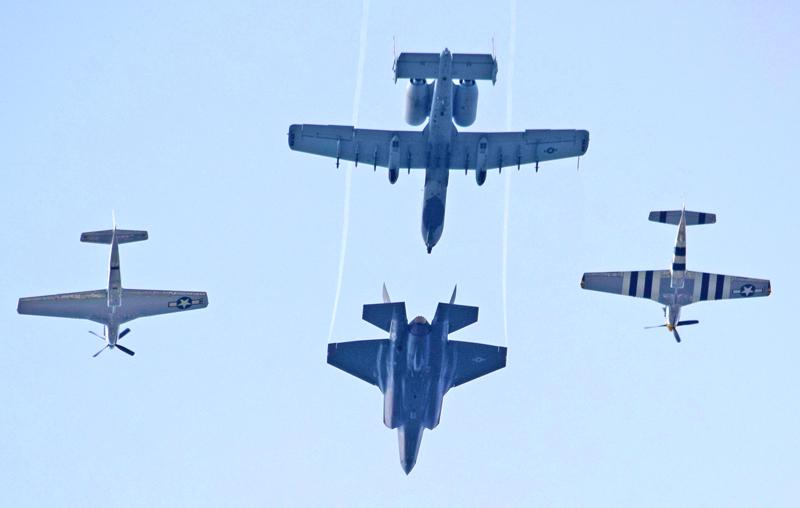 This shot from below of the Heritage Flight – with an F-35 Lightning II leading an A-10 Thunderbolt II, and a P51 on each wing – shows the relative size of the aircraft, and the apparent smallness of the F-35. 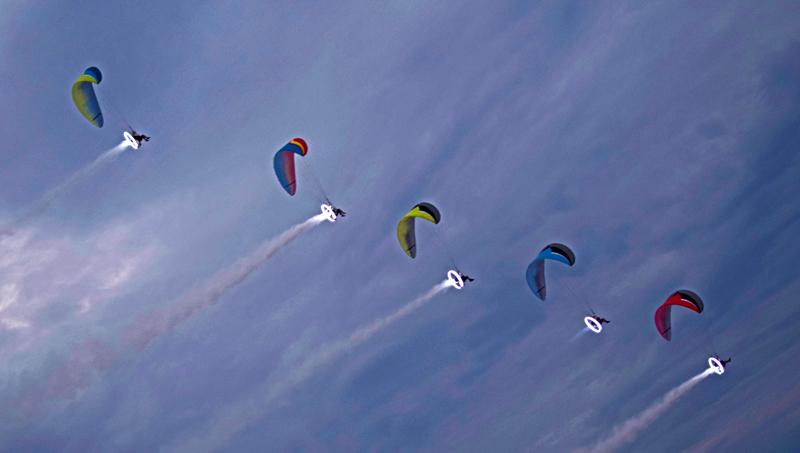 The Paradigm Team of ultralight powered paragliders, also known as paramotors, mesmerized the crowds with incredible maneuverability, precision, and performance made even more magic by the addition of LED lighting. Although their paramotor ultralights use lightweight two-stroke engines worn by the pilot like a backpack, they emitted just a soft hum as they performed their routine.

Nicknamed “The Bone,” the B-1B Lancer long-range, multi-mission conventional bomber has served the USAF since 1985, and has been nearly continuously deployed in combat operations over Afghanistan and Iraq since 2001. In Oshkosh one could see (and feel) the power of four afterburning General Electric F101-GE-102 turbofans as it flew by, slowly but with wings swept, in reheat. 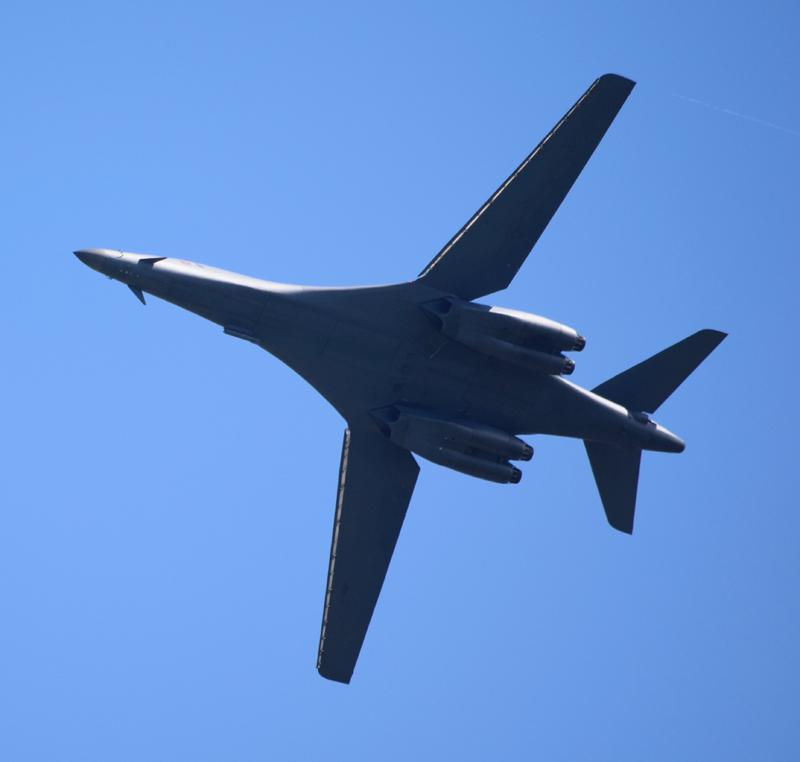 The B-1B flew by even more slowly, showing the effect on low speed handling of spreading its wings from their high-speed, swept position. 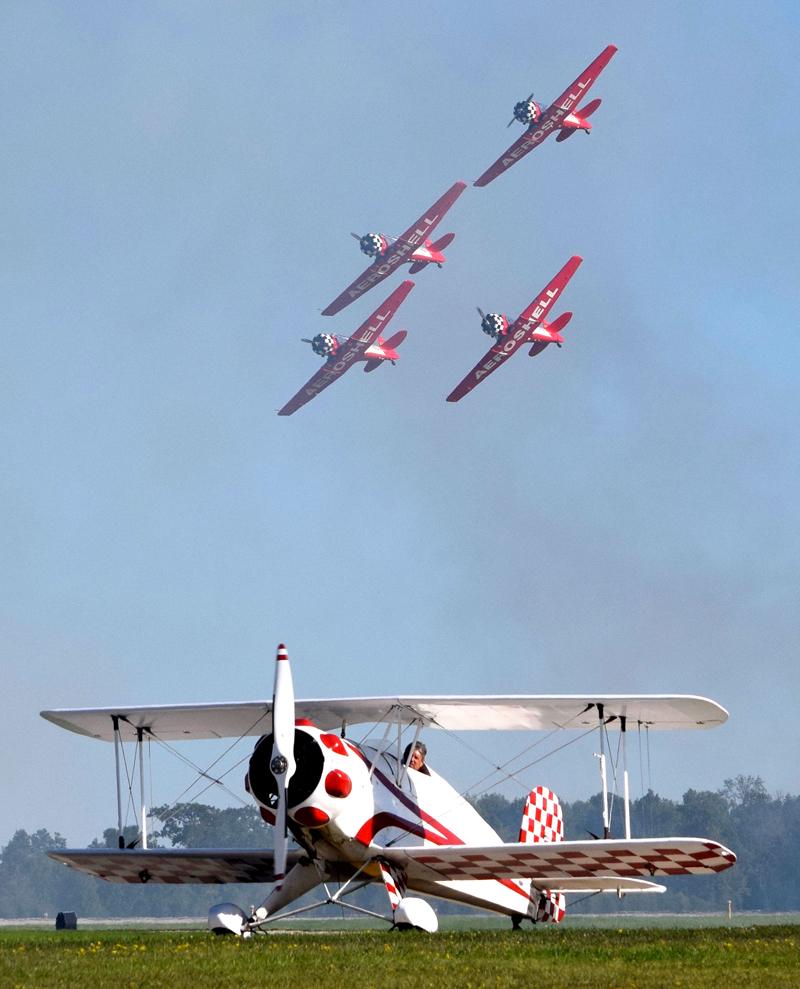 The Aeroshell team of four T-6 Texans flies over the 1936 Bucker Jungmeister flown by world aerobatic gold medallist David Martin. He specializes in emulating the routines of the all-time greats who flew the German-made airplane through sequences that are still talked about today.

Many of the America’s—and the world’s—best airshow performers can be seen at Oshkosh.

The scope of the show is breathtaking. This year’s included the U.S. Navy’s Blue Angels, the world’s only two B-29 Superfortress bombers, the awesome B-1B bomber, and flocks of immaculately restored warbirds from World War II and since, through to the very latest with the USAF showing off two F-35 Lightning II fighters.

Aerobatic displays included the Aeroshell team in four T-6 Texans, an astonishing jet and propeller-powered Waco biplane, a gentlemanly Bucker Jungmeister biplane, and night-time aerobatics with fireworks launched from the aircraft as they aerobatted through the sky.

EAA AirVenture 2017 broke all records according to Jack Pelton, CEO and President of the Experimental Aircraft Association, with crowds of over 600,000. More than 15,500 aircraft movements were recorded through Saturday, July 29, making Oshkosh’s Wittman Field the busiest airport in the world for the week.