The Legacy 500 allows for nonstop mid-sized business jet travel from the U.S. East Coast​ into London and to points through EMEA.  Flexjet’s Legacy 500, delivered last month, is the 1,000th business aircraft built by Embraer Executive Jets. 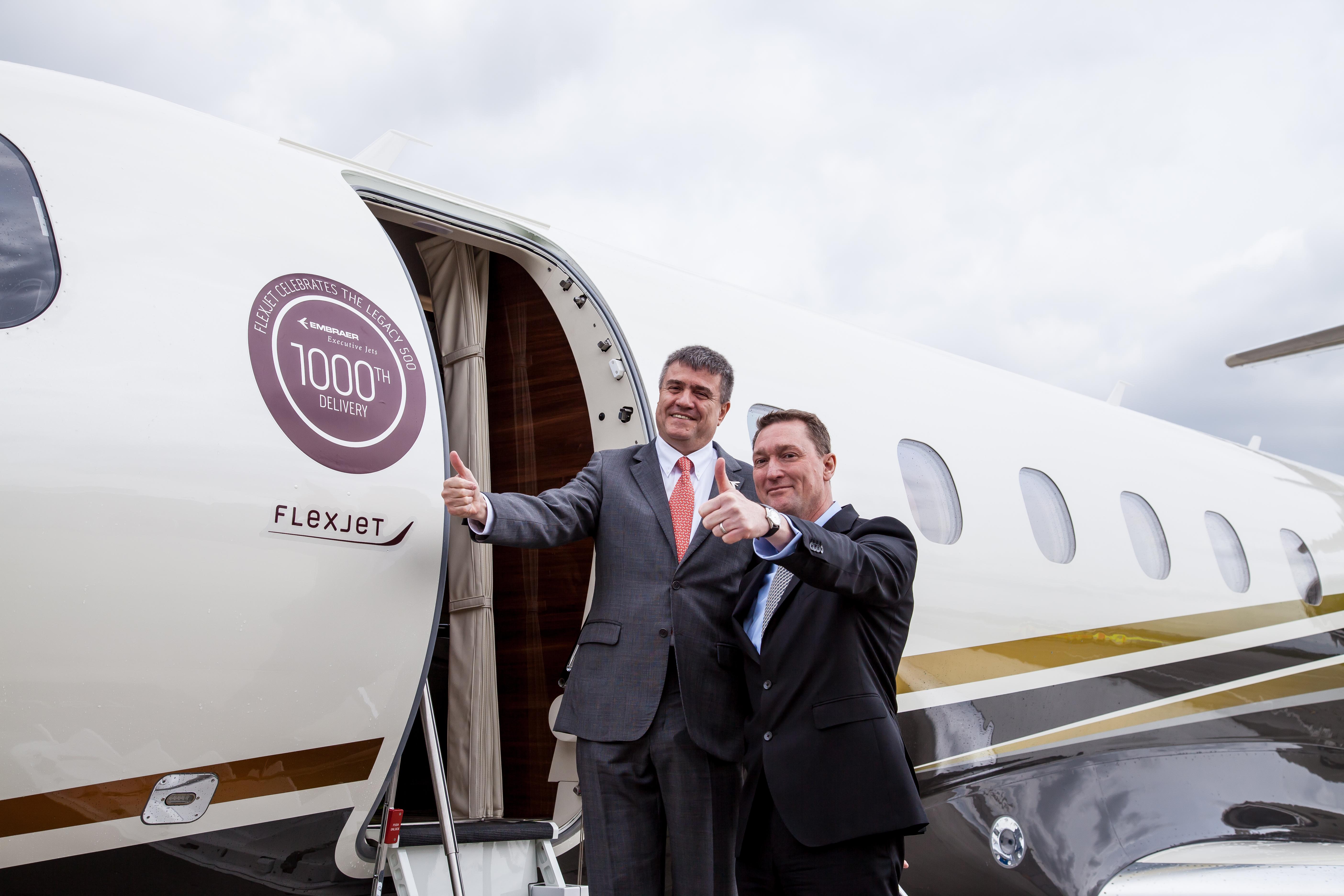 Raymond Jones, Flexjet managing director of international business, and President and CEO of Embraer Executive Jets Marco Tulio Pellegrini were on board the maiden flight into London City Airport. With this certification, Flexjet advances its presence in Europe and international markets and allows travelers to land close to the Canary Wharf and City of London financial districts, with much easier access to the city than from other London airports. The airport offers a 90-sec. promise to customers from car to aircraft departure. Additionally, the percentage landing and takeoff grade of 5.5 deg. is higher than typical airports, which require 3 deg. 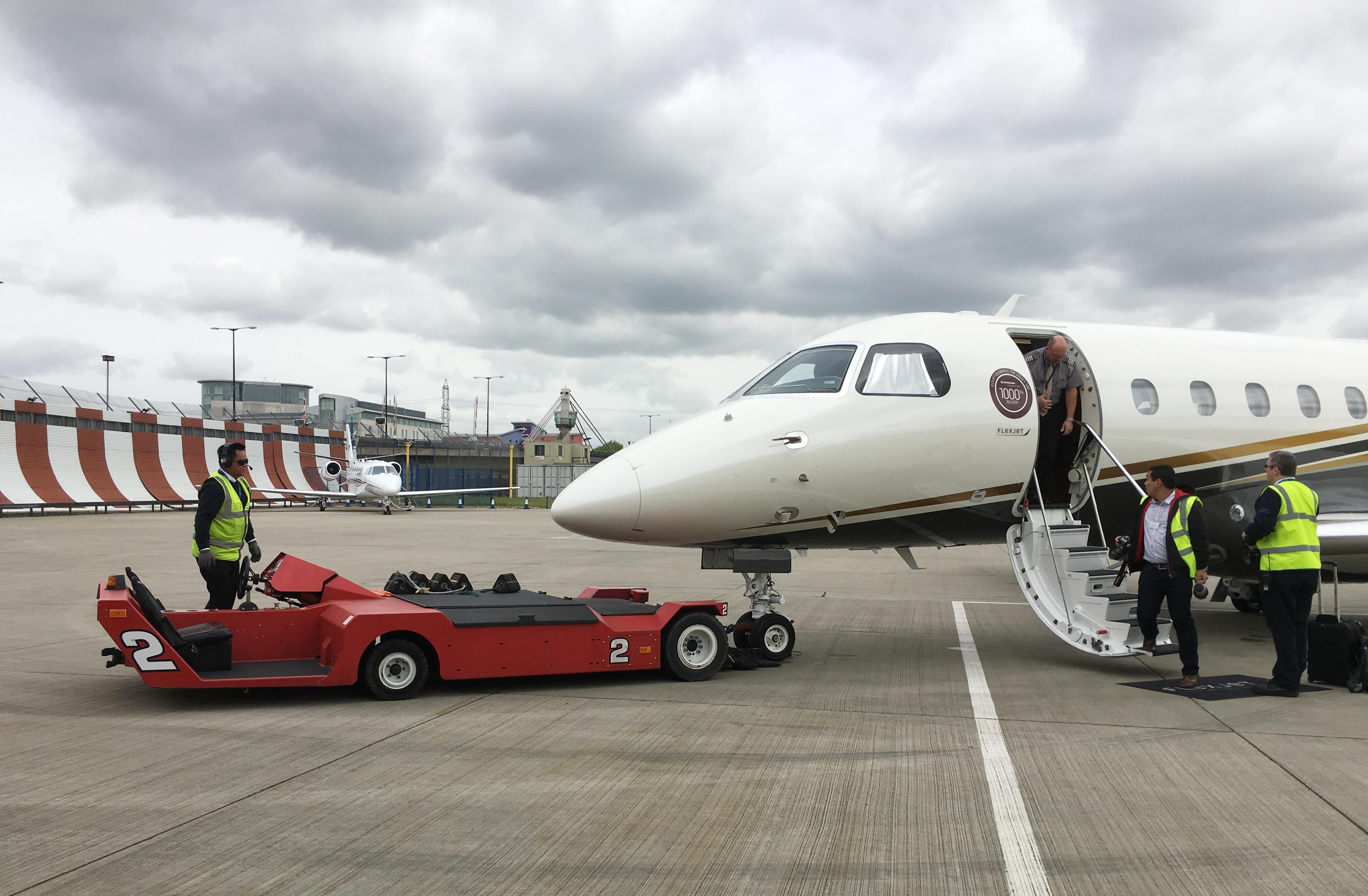 This flight marked the first time the Legacy 500 has flown into London City Airport, and was the final step in completing its certification. Before landing, the pilots made two approaches before a final approach and landing as part of the certification process. 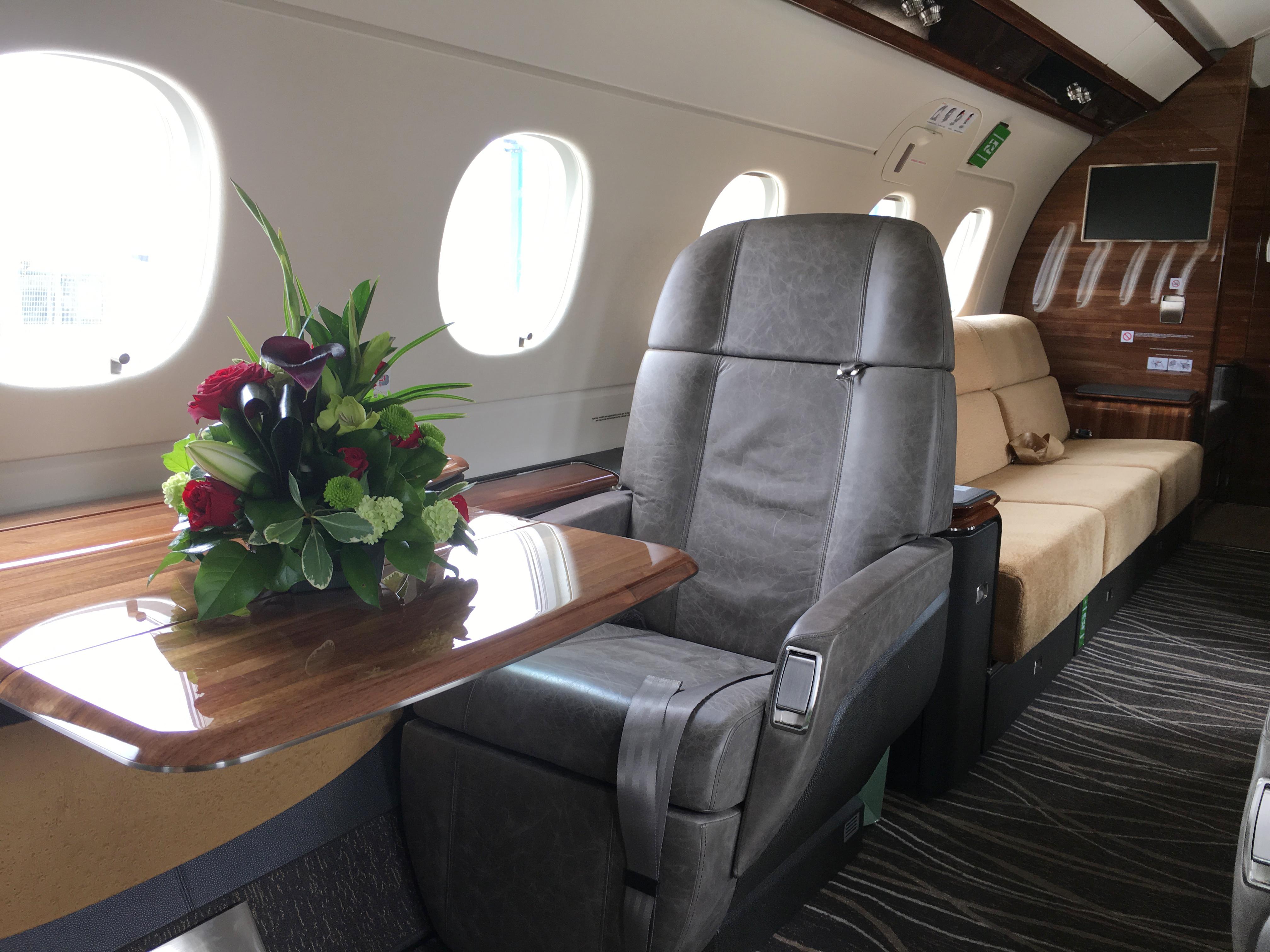 The Embraer Legacy 500 is the fastest midsize private jet in the world and is the first midsize business jet with digital flight controls, based on fly-by-wire technology. Powered by a pair of Honeywell HTF7500E engines, the aircraft can fly at 45,000 ft. The Legacy 500 has a range of 3,452 mi. with four passengers and can take off from airfields as short as 4,048 ft.

Flexjet's Embraer Legacy 500 made its first voyage to London City Airport on May 19, completing its certification to land in the airport. The aircraft allows for nonstop midsize business jet travel from the U.S. East Coast into London and to points through EMEA.