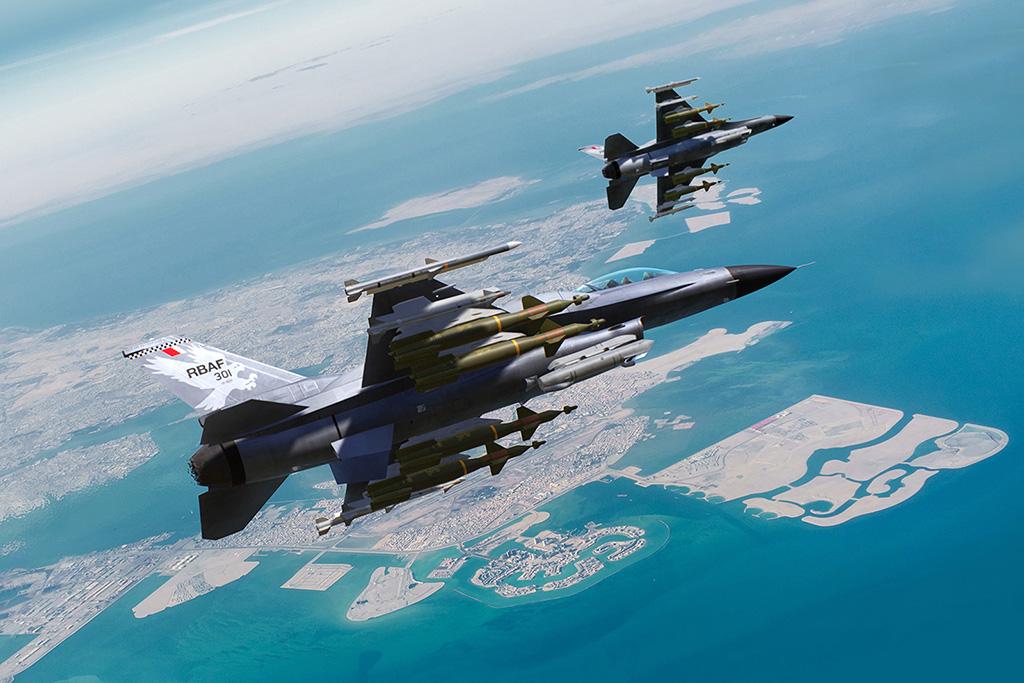 Before the end of this year or early next year, Bahrain will be the first customer for the new-build Lockheed Martin Block 70 F-16s when they emerge off the OEM’s new assembly line in Greenville, South Carolina. The country signed the $2.3 billion deal for 16 aircraft back in 2017. The country is also planning to upgrade its existing Block 40 F-16C/Ds to F-16V standard, kitted with Northrop Grumman’s AN/APG-83 Scalable Agile Beam active, electronically scanned array (AESA) radar. The Royal Bahraini Air Force has previously told Aviation Week that the first F-16 Block 70s will be delivered in mid-2022 and will become operational in 2023-24. Other regional operators of the F-16 include Egypt, Iraq, Oman and the United Arab Emirates with its unique Block 60-model F-16E/Fs. 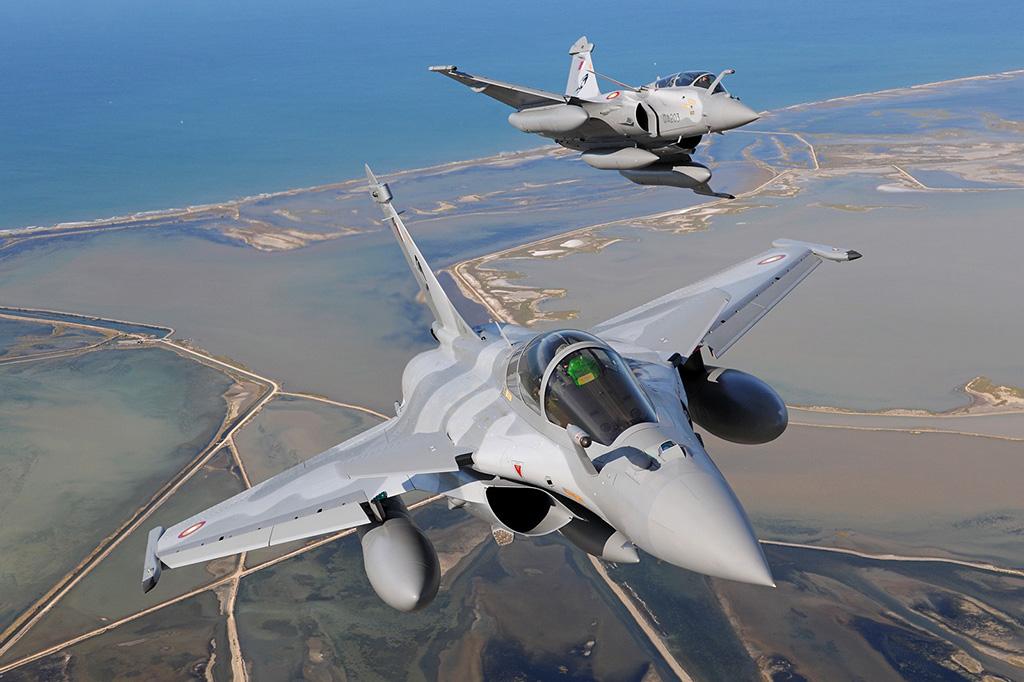 Dassault Rafale deliveries to the the Qatar Emiri Air Force are continuing with well over half the planned fleet of 36 aircraft delivered—27 aircraft have been delivered to date, according to Aviation Week Intelligence Network data. The F3-R aircraft differ from their French counterparts, using the Lockheed Martin Sniper targeting pod rather than the Thales Damocles or Talios system that features on the French Rafales and those exported to other countries. However, they will both be able to use the MBDA Mica missile system, Meteor air-to-air weapons and the Scalp/Storm Shadow air-launched cruise missiles that form the weapons package for the fleet. The other regional operator of the Rafale is Egypt, which earlier this year placed a follow-up order for 30 Rafales. The deal increased the size of the Egyptian fleet to 53 aircraft. 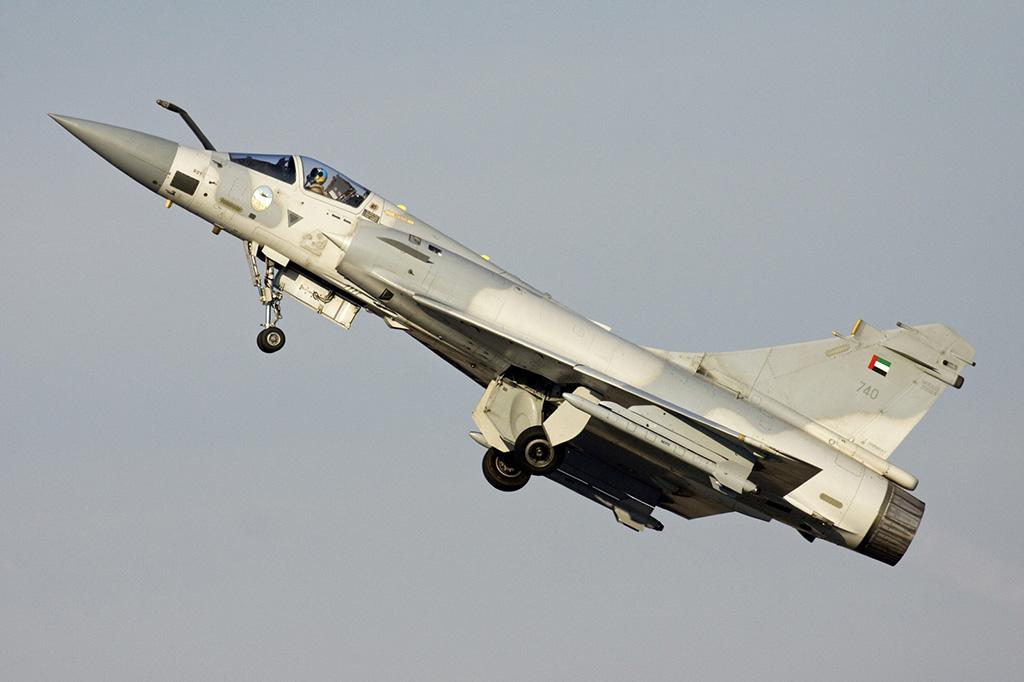 Dassault’s Mirage 2000 continues to be a favorite among Middle East and North African air forces. The aircraft is in service with Egypt, Qatar and the United Arab Emirates. Qatar looks set to replace its Mirage fleet with its new fleet of Rafales, Boeing F-15QA Eagles and Eurofighters. However, those aircraft operated by Egypt and the UAE look set to continue in service for several years. For the UAE, the Mirage 2000 is the only platform in its inventory capable of launching the MBDA Black Shaheen-derivative Scalp/Storm Shadow air-launched cruise missile, a weapon which is not integrated, nor likely to be, on the F-16. 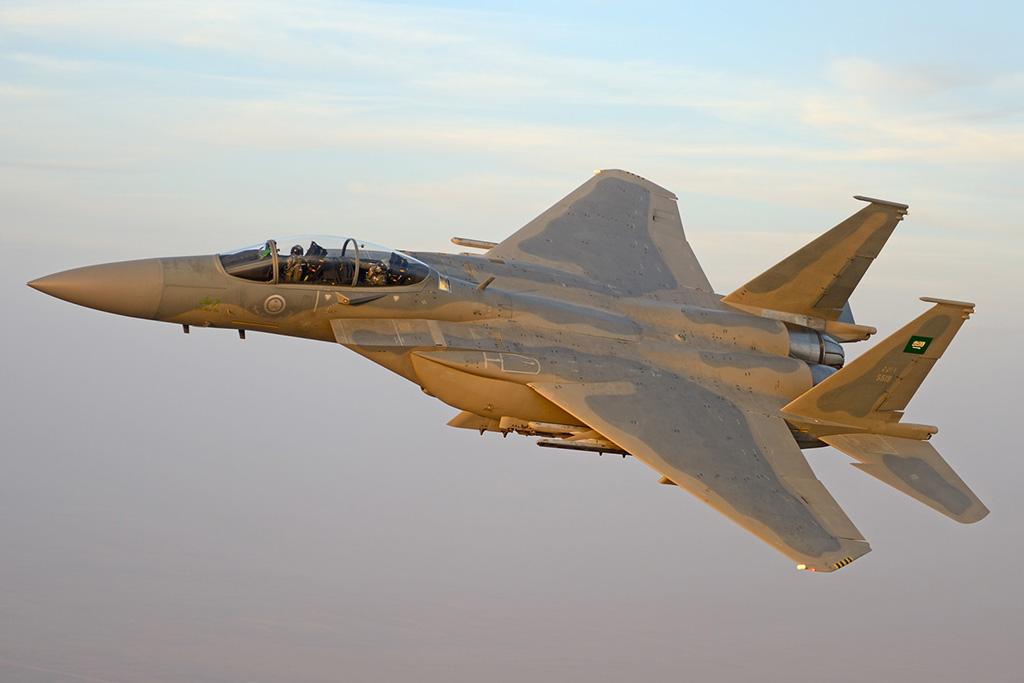 Advanced Eagles on the Front Line

The Royal Saudi Air Force (RSAF) has now taken delivery of all of its 84 Boeing F-15SA Advanced Eagles. The aircraft were developed through a $29 billion Foreign Military Sales program that also includes the upgrading of the Saudi F-15S fleet to the F-15SA standard. The aircraft is a derivative of the F-15E delivered in the 1990s. The F-15SA incorporates the APG-63(V)3 AESA radar, an advanced digital electronic warfare and radar warning suite and updated cockpit displays. The aircraft also carries the "Tiger Eyes" infrared search-and-track system. It also adopts a new model-based fly-by-wire (FBW) flight control system that was introduced to offset the destabilizing effect of adding two outboard underwing weapons stations, 1 and 9. The conversion of the F-15S aircraft to F-15SA standard is continuing and expected to conclude in the mid-2020s. 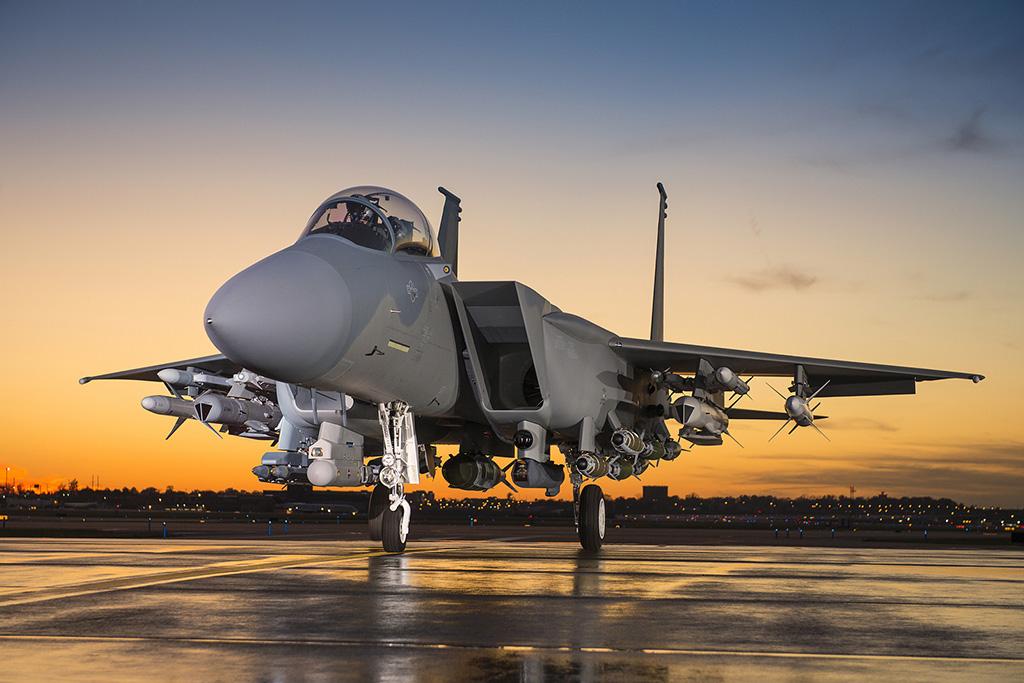 More Eagles for the Region?

The development of the F-15SA for Saudi Arabia prompted the purchase of the F-15QA by Qatar, which brings with it several additional improvements over the Saudi version, including a wide-area display cockpit and the Raytheon APG-82(V)1 AESA radar. First deliveries of the F-15QA took place at the end of October. However, questions remain about the future of Saudi Arabia’s large F-15C/D as well as the F-15A/B/D and I models operated by Israel. An order for a proposed F-15IA Advanced Eagle for Israel has not emerged, with the country seemingly opting for more F-35s. Boeing is hopeful that more F-15 orders as well as upgrade programs in the region could be in the offing. 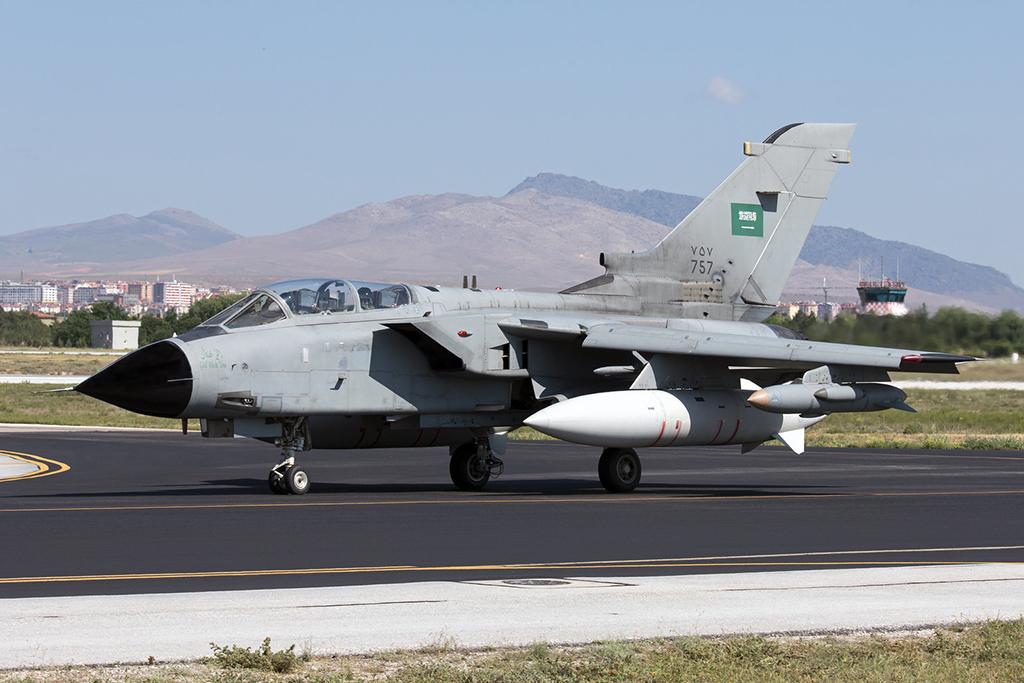 Saudi Arabia was the only export customer for the Panavia Tornado, and the interdictor/strike (IDS) version of the aircraft remains in service alongside the RSAF’s F-15 and Eurofighter Typhoon fleets. The RSAF is expected to phase out its Tornado fleet toward the end of this decade, potentially replacing them with another batch of 48 Eurofighters. Groundwork for that development was laid in March 2018 through a memorandum of intent with the UK government. If this remains the plan, however, a formalized order may still be some way off. 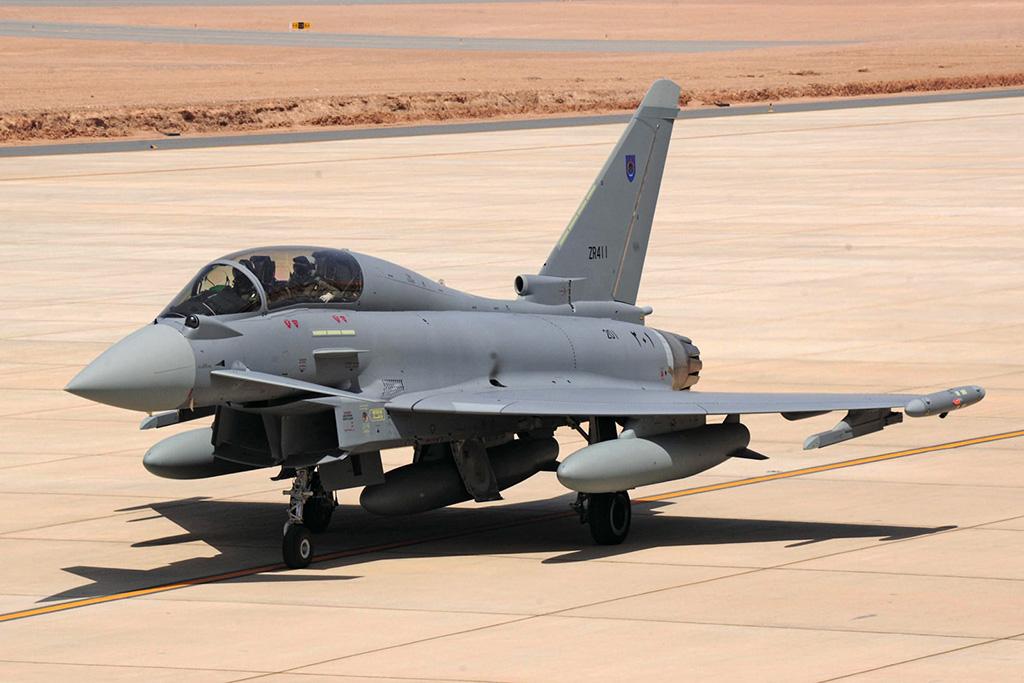 The Middle East’s Eurofighter Typhoon fleet looks set to grow considerably in the next few years as the type is adopted by Kuwait and Qatar. The aircraft is already in service with Oman (pictured) and Saudi Arabia, with 12 and 72 aircraft, respectively. Kuwait’s aircraft will be the first Typhoons to be equipped with an AESA radar, the Mk. 0 version of the European Common Radar System. The first of Kuwait’s 28 aircraft, being built by Leonardo in Italy, flew in October, while the first examples for Qatar, being built by BAE Systems in the UK, are expected to fly before the end of the year. Saudi Arabia could still order more Eurofighters to replace its Tornados, and there is hope that Qatar could perhaps increase the size of its fleet from 24 aircraft to 36 in order to align with the planned fleet size for both the F-15QA and the Rafale.

Across the Middle East, air forces are at different stages of modernization. But many have already taken key decisions to expand their combat aircraft fleets. The fighter types being introduced into the region showcase the capabilities they will provide to their respective countries' armed forces as they deal with regional challenges and deterring their adversaries. Read more about updates to fighter fleets in the region: Middle East Air Forces Transition To New Fighter Fleets