New at the Paris Air Show 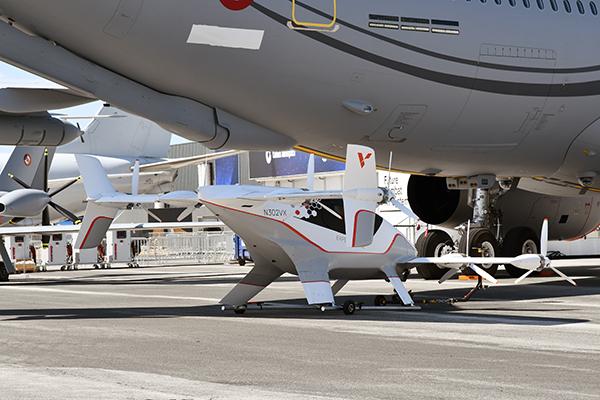 With urban air mobility a central theme of this year’s event, Airbus is showcasing its growing fund of expertise,  accumulated partly from the Vahana multirotor. Intended to be the first certified electric,  self-piloted, vertical take-off and landing ( e VTOL) passenger aircraft, Vahana flew in the U.S. in  January 2018, but did not demonstrate transition to forward flight until May 3 this year. The manufacturer is also developing a second design, the CityAirbus, but will place neither in production. 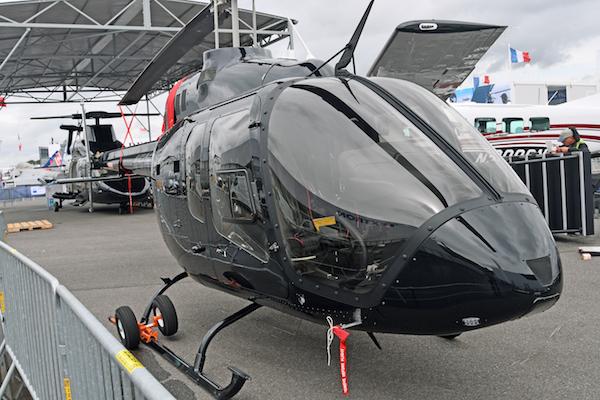 Launched at Paris in 2013, this is, as its name suggests, a successor to the Model 206. Seating five, and powered by a single Safran Arrius 2R turboshaft, the helicopter flew at Bell’s Canadian plant in February 2015 and received FAA certification just over two years later. Applications include utility and corporate transport; training and law enforcement; search and rescue; and emergency medical services. VIP customers can fit the Mecaer MAGnificent interior with personalized features. 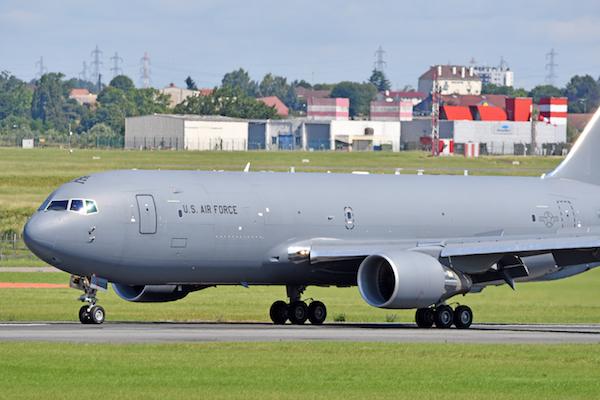 Long awaited as a replacement for the 1950s-era Boeing KC-135 Stratotanker, the Pegasus is an adaptation of the 767 airliner equipped for aerial refueling with both tail-mounted “flying boom” and underwing probe-and-drogue systems. Deliveries of the first of 179 to the U.S. Air Force began on January 10 after a series of delays, and have been further interrupted by quality control issues. On top of all, the Government Accountability Office reported last week that problems with the refueling boom and its operator’s remote vision system could take years to fix. 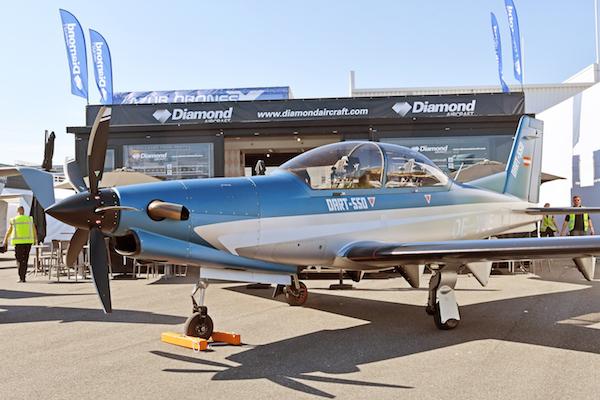 The Diamond Aircraft Reconnaissance Trainer began as the Model 450, constructed mainly of carbon composites and powered by a Ukrainian turboprop. Two prototypes were built, the first flying in May 2016, before the 550-shp General Electric H75-100 was installed in the third machine in May 2018. Two wing attachment points can be fitted with weapons or sensors, and there is room within the fuselage for cameras and other surveillance equipment. Hopes of early orders proved illusory, but a DART-450 variant with local avionics is being offered, as the TA-20, to the Chinese air force for pilot training. 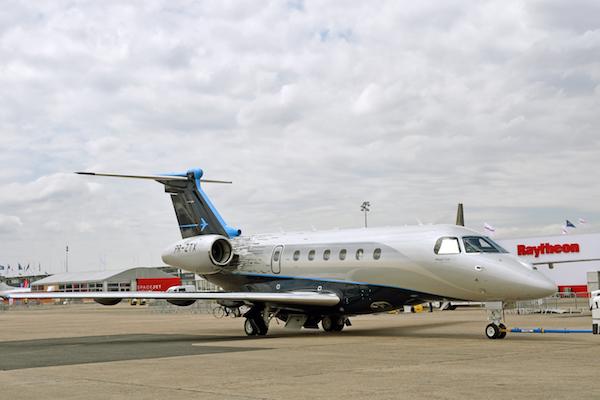 An upgraded version of the Legacy 500 “super-midsize” 12-passenger business jet was announced and unveiled as a fait accompli on October 14, 2018, at the NBAA Convention in Orlando, Florida. Extra fuel, higher-rated engines, blended winglets, improved flight controls to reduce effects of turbulence, additional functionality for Pro Line Fusion avionics, and a new “Bossa Nova” cabin interior are but some of the improvements. Brazilian certification was gained in April; the FAA and EASA will follow. In parallel, the slightly smaller Legacy 450 has become the Praetor 500. 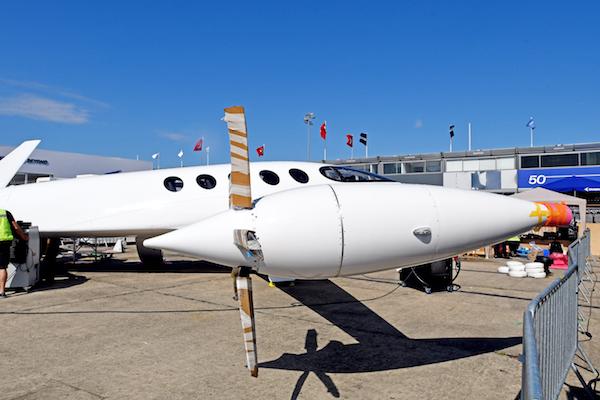 As yet unflown, even as a prototype, the Alice has not been seen in full-size form until this week. An all-electric aircraft, it is ultimately intended to satisfy FAR Part 135 regulations for commuter services, but the first step is to meet Part 23/CS 23 certification criteria for shorter-range air taxi operations. Propelled by three 350-hp (260-kW) electric motors, each driving a pusher propeller, the highly streamlined design will, in its commuter version with a 900 kWh Li-ion battery, transport nine passengers up to 565 nm (1,046 km) at a cruising speed of 240 kt. (444 km/h), producing only low noise and no emissions in the process. 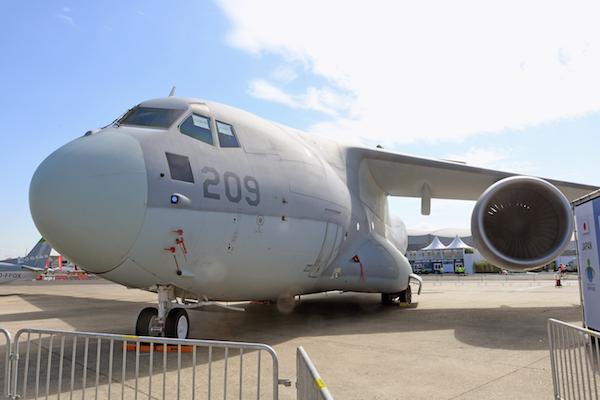 Japan’s second-generation military jet transport comes to Paris for the first time in the form of the newly completed seventh of some 60 required by the Air Self-Defense Force for replacement of C-1s and Lockheed Martin C-130 Hercules. After some engineering problems, the prototype first flew in January 2010, while in March 2017, the first three were handed over to a regular squadron of the Japan ASDF. More recently, the second prototype has been modified as an RC-2 electronic intelligence-gathering platform. Japan’s earlier reluctance to export military equipment is now a thing of the past, and both C-2 and its fellow P-1 maritime patroller are being promoted in Europe. 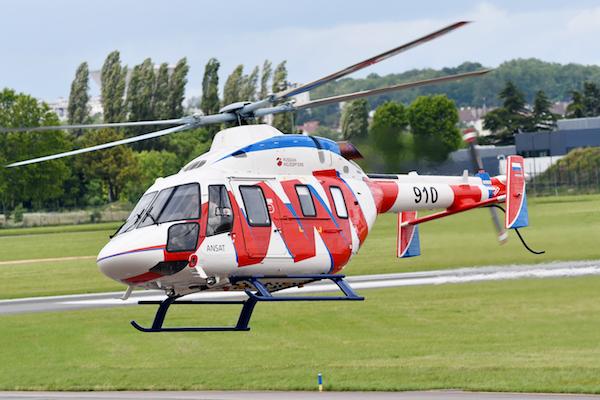 Although employed as a helicopter pilot trainer by the Russian Aerospace Forces, the Ansat proved difficult to certify for the civil market on account of its fly-by-wire controls. Eventually, the Kazan bureau reverted to hydromechanical linkages and the aircraft resumed its career upon receipt of a type certificate in August 2013. After a slow start, civil sales have gathered momentum – most notably in the medical evacuation field, with the Russian State Transport Leasing Company (GTLK) buying annual batches for issue to regional emergency units. Police and VIP Ansat versions are also offered. 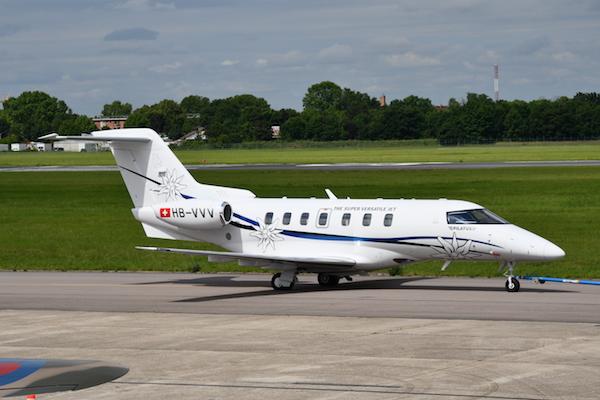 This logical upward progression from the PC-12 turboprop is a twin-jet business aircraft accommodating up to 12 persons, including one or two pilots, and featuring its forebear’s generously sized cargo door and ability to operate from semi-prepared airstrips. Announced at the EBACE show at Geneva in May 2014, it flew for the first time in May 2015 and received its type certificate in December 2017. Production is now in hand for customers including Australia’s Royal Flying Doctor Service and the air forces of Botswana and Switzerland. 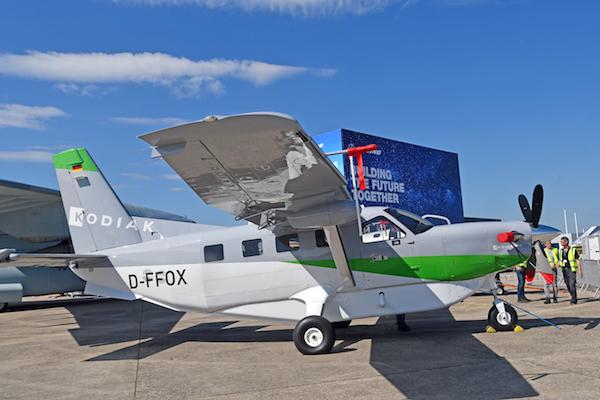 Another aircraft that has taken a long time to appear in Paris, the Kodiak has been flying in the U.S. since 2004 and made its European debut at Friedrichshafen’s light aviation show in April 2015. Almost 300 have been delivered to operators in more than 20 countries – notably including China – for passenger transport, light freight and sport-parachuting use. Several are flown on twin floats. In a surprise move as the Show opened, the French company Daher (as in TBM series of business turboprops) announced its purchase of Idaho-based Quest, although there are no known plans to move the production line. 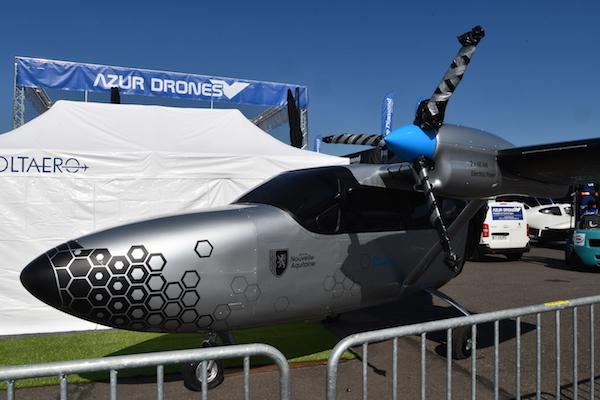 So many new aircraft and their variants to see; so little time for browsing. Here’s ShowNews’ selective pick of the pack.