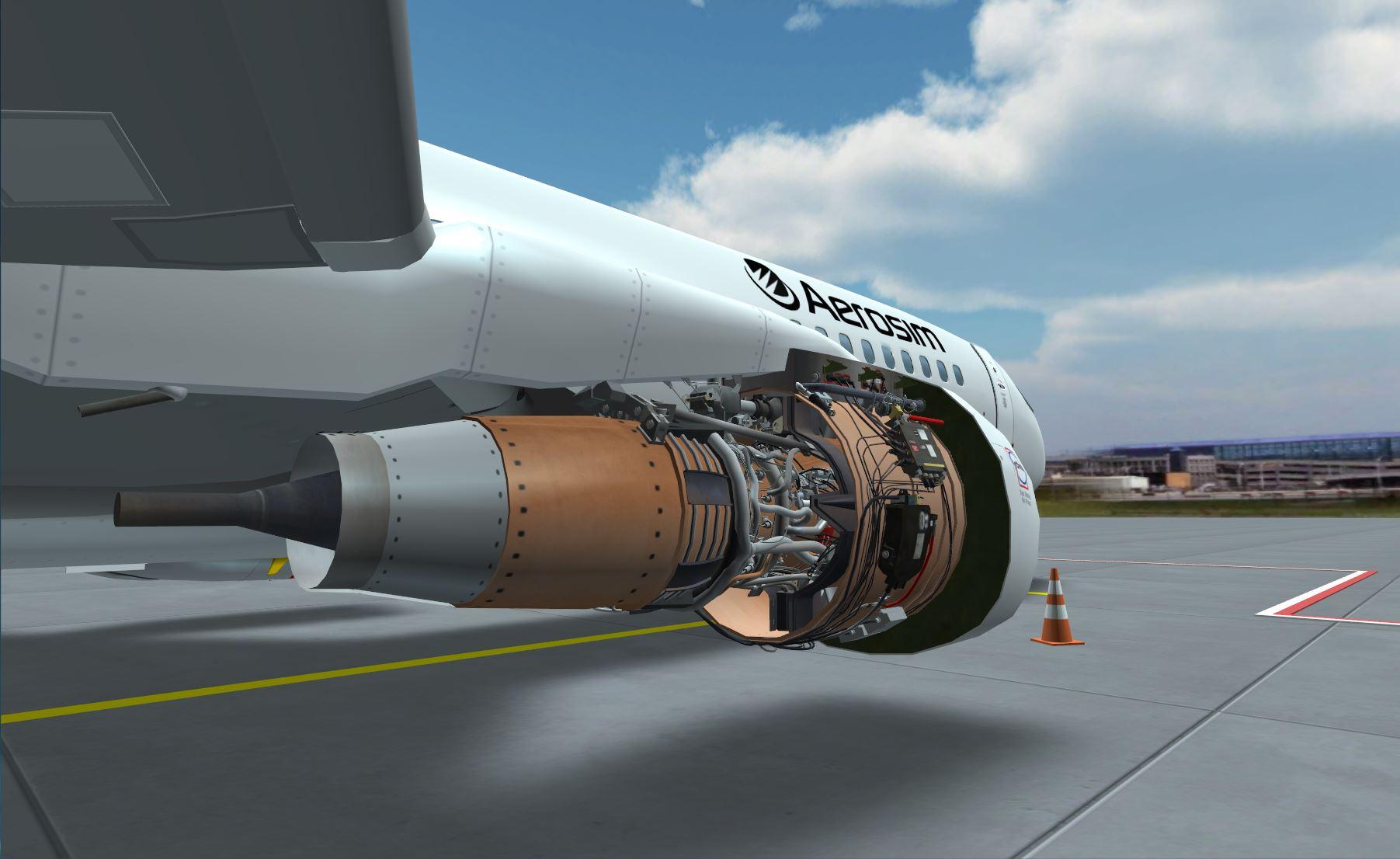 Embry-Riddle Aeronautical University uses Aerosim’s B747 Virtual Flight Deck to teach students about system operation from the flight deck point of view, as well as becoming more familiar with engine-indicating and crew-alerting system (EICAS) and electronic flight instrument system (EFIS) displays. Chuck Horning, department chairman for aviation maintenance science, still says that there is great value in having students receive hands-on exposure to the aircraft hardware, particularly if the student hasn’t had previous mechanical or aircraft experience. “Our curriculum is very electrical heavy, and we spend considerable time in the curriculum on developing troubleshooting skills,” says Horning. 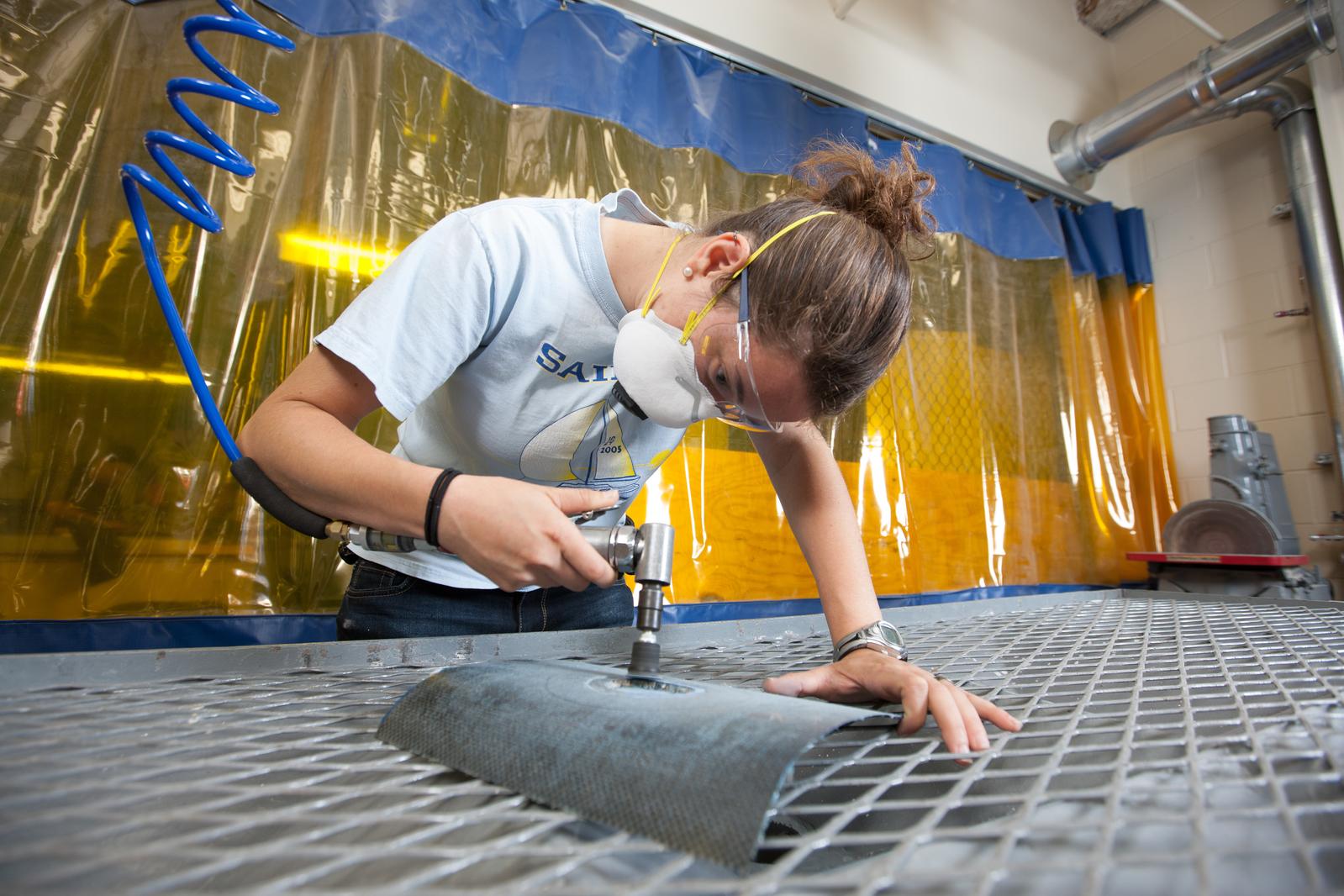 Horning reviews proposals with other department members to implement new training devices within Embry-Riddle’s program. Horning says that most of the new devices are built in-house and by the students, which allows the instructor to more specifically meet objectives and creates a learning opportunity. The philosophy to create the devices sometimes come at a cost, says Horning, “The decision to build a training device is not a light one, as it is often a large time and monetary commitment. It is not uncommon that from concept to use in the classroom will be greater than a year.” 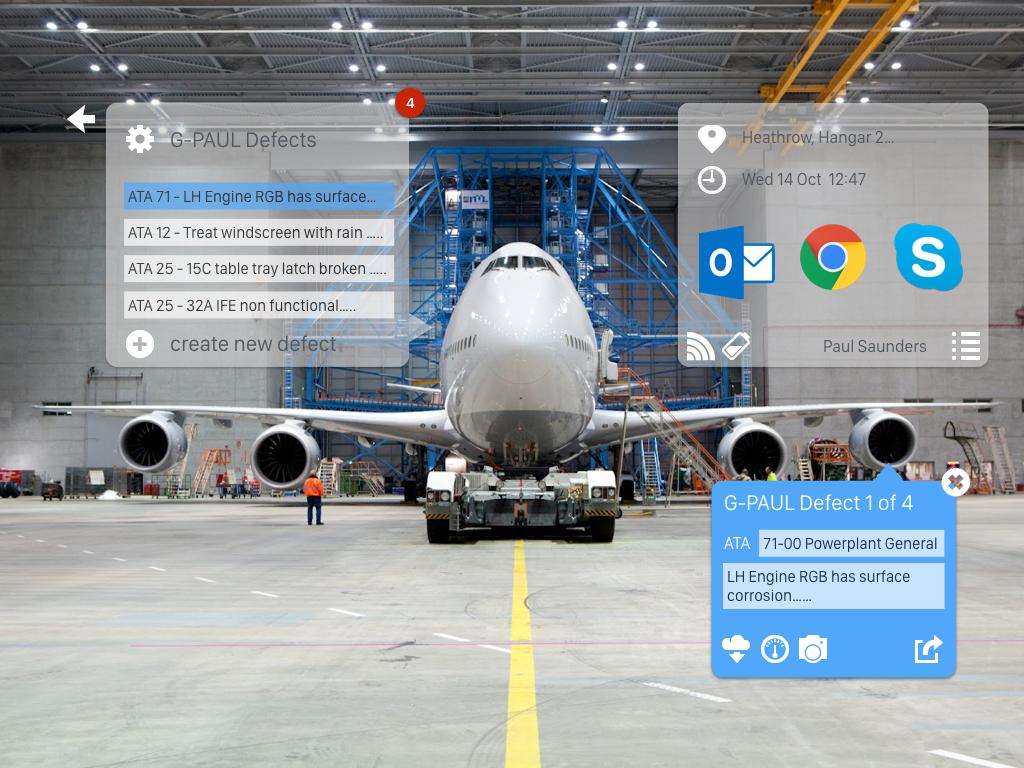 R&D For AR and VR

In the way that programs are only as good as their training, training may only be as good as its host. Flatirons, a consulting, software and outsourcing company, works with the aviation industry to repurpose and create content. The Corena Managed Content Services offers technical authoring and illustrations of flight and training manuals, allowing required updates like engineering changes or the accumulation of versions to run seamlessly. Working with Honeywell as part of the extended publishing and training team, Flatirons gave the program the ability to reuse information and leverage its existing assets.

Moving forward, Flatirons is pursuing industrial IoT and virtual/augmented reality support, and playing around with new technologies like Microsoft HoloLens and other VR platforms. Pat Dawson, vice president of solutions marketing for Flatirons, says that Flatirons spends about 15% of revenue on research and development, with the near-term goal to integrate technical publications and training into augmented reality experiences. “The goal is to make the aircraft maintenance technician in the hangar or on the tarmac ten times more effective at their work than the person who’s going out with a piece of paper and a wrench,” says Dawson. 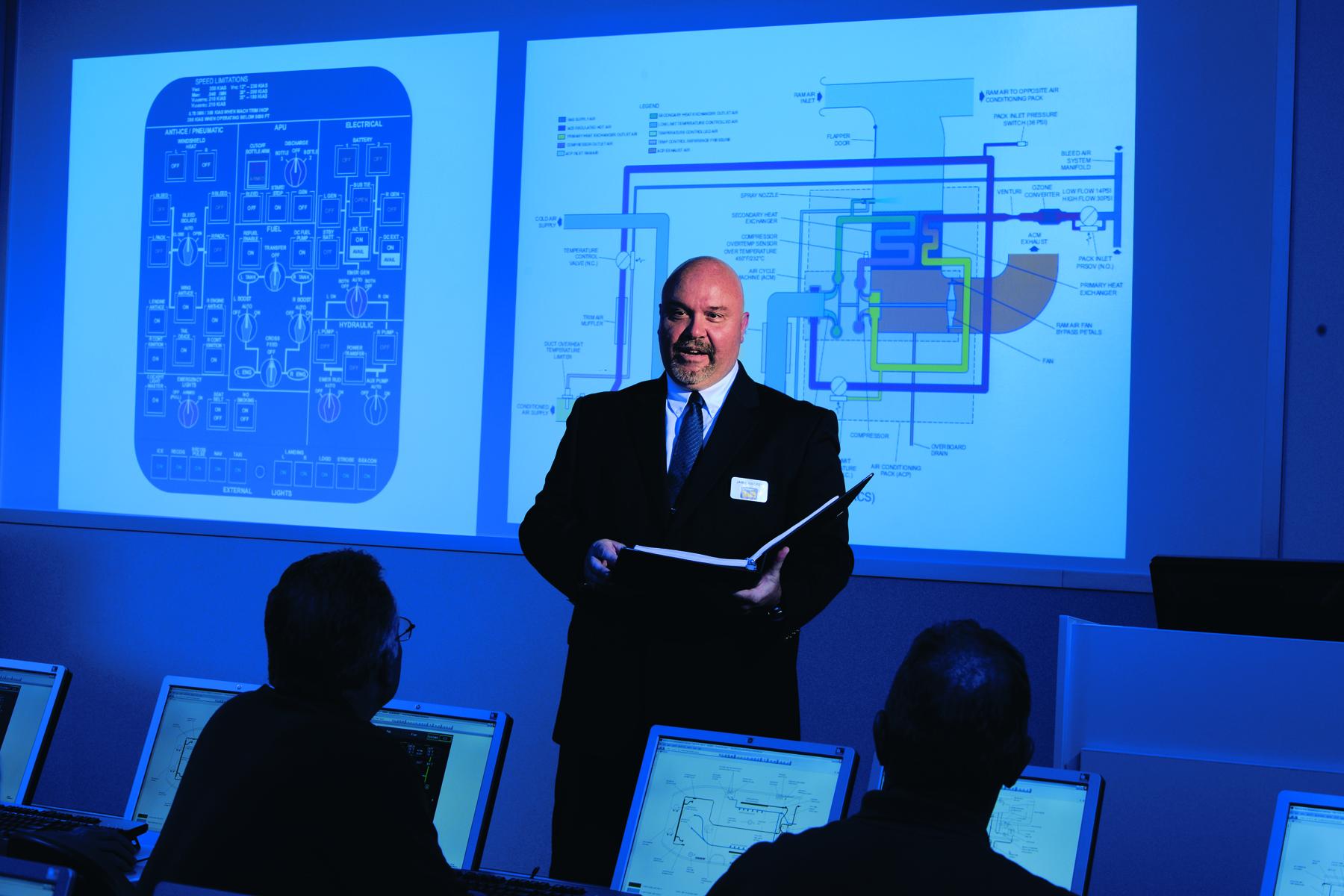 The Highlighter Days Are Gone

FlightSafety International runs commercial and defense training, customer training for Honeywell Aerospace and Pratt & Whitney, maintenance training and offers flight simulation. Paul Kutcha, director of training operations for maintenance and cabin safety training, says that trainees used to use a highlighter on the first day of training to trace the flow of fuel through the aircraft on an 8 X 11 fold-out manual, but they now can complete the exercise digitally. 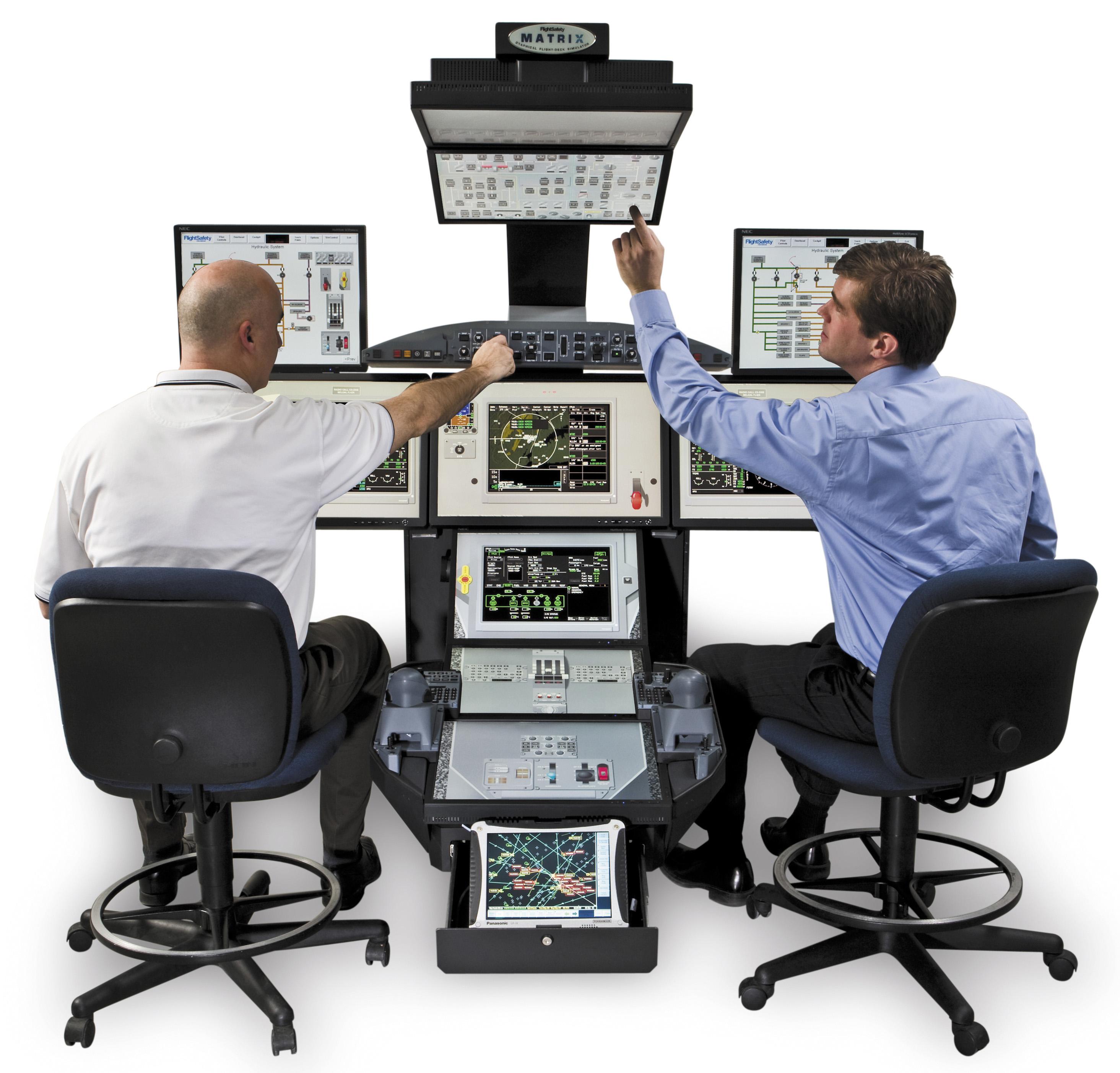 “A lot of the training that we do or have done in the past has all been theoretical, PowerPoint, some hands-on with components,” says Kutcha, stressing that having interactive flight manuals and digital visuals for the clients gives a better perspective during training. In May, the training company implemented the FlightBag device-agnostic courseware app, offering the digital training manuals, cockpit posters and flashcards on an iPad or other tablets.

The FlightBag application was developed in-house, and Kutcha says a big attraction is the simple fact that it can be used on all types of devices: “We all assume everybody uses an iPad, but not everybody does. Having [the application] device-agnostic is a big plus for our clients. They’re able to use the device of their choice and still access their materials.” 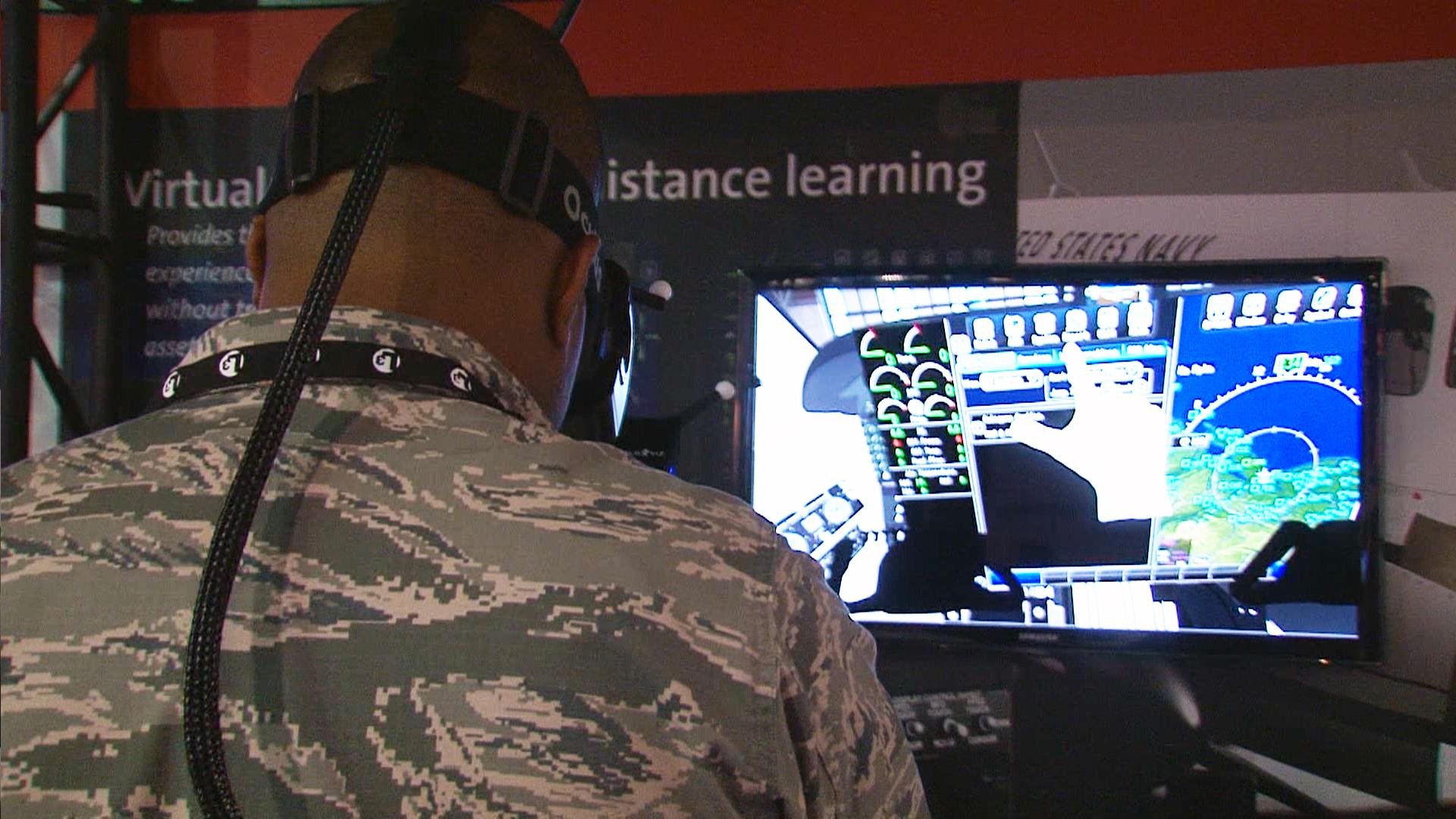 In 2014, Rockwell Collins began to develop a virtual reality (VR) application with WorldViz Virtual Reality Software for maintenance training. In December 2015, the application debuted at CANSEC 2016, and it is still in the development phase. The team is working on evolving the product to address specific training issues, such as physical risks and equipment asset damage costs. “As [the application] evolves, so will the customer base,” says Kirk Thorson, program manager at Rockwell Collins, who says specific potential customers have not been identified yet. The application is intended for easy setup, consisting of four sensors that can be mounted or held on tripods in a 12 X 12-ft.  space. Through Oculus Rift DK2 3-D goggles, any part and environment can be viewed and interacted with using a one-handed controller. 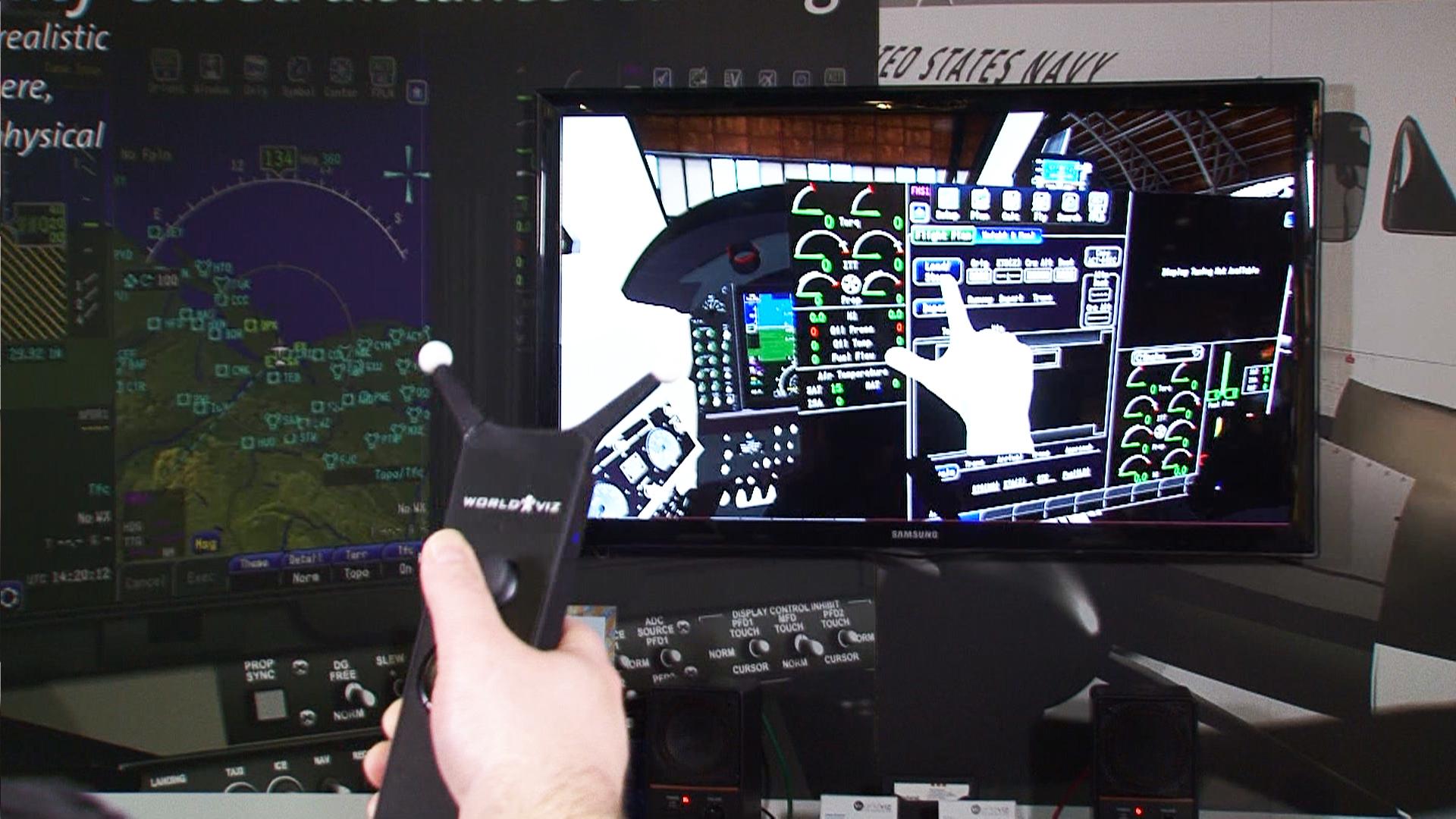 I experienced the King aircraft 3-D demo to get a first-hand understanding of what the virtual training process looks like. Thorson walked me through replacing a faulty VHF radio. Not only did I receive exposure to the new avionics software system of the aircraft, I learned to watch out for the propeller behind me and how far to stand back while pulling out the VHF. As I walked into the airplane, I could see behind the ruder pedals and stick my head in the engine nacelle.

After taking the headset off, it took me a few minutes to become reoriented to the real world. I put the headset back on to take a WorldViz demo, raising me on a platform about 75 ft. The demo was to show how the environment, although completely virtual, can still give the trainee the same emotional awareness as in real-life. I was asked to take a step off the platform, and hesitated for 10 sec.: Even though I knew absolutely nothing would happen to me if I stepped off, mentally I couldn’t come to terms. It is easy to see how working virtually on top of an aircraft could prepare the trainee for being cautious without actually having the risk of falling. 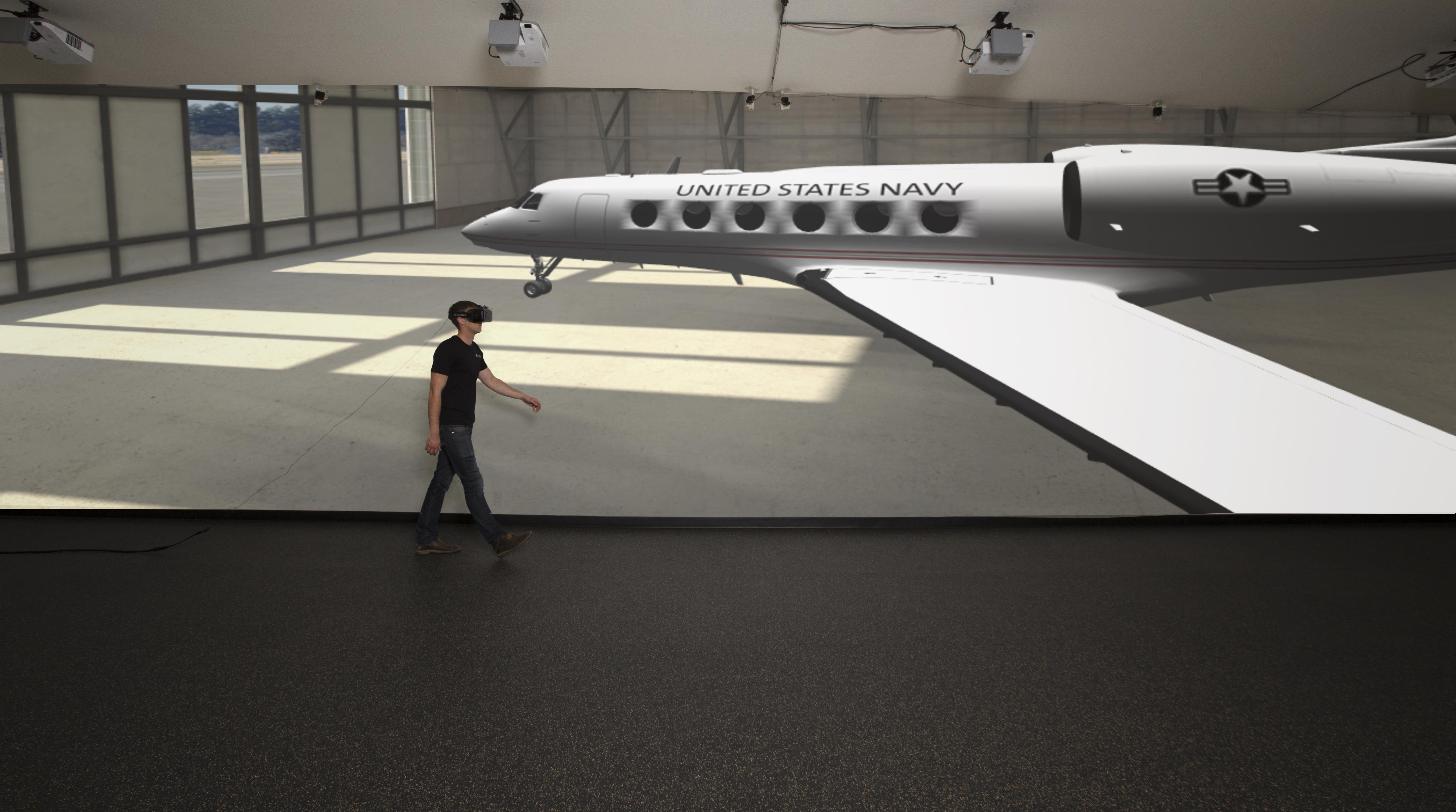 WorldViz offers custom application development and on-site installation and training for its virtual reality software, Vizard, and for its projection, walking, standing and seated VR systems. WorldViz connected with Rockwell Collins in 2014 at a tradeshow and became the vendor of choice for Rockwell Collin’s virtual reality application. The Vizard software can be connected to all HMD, 3-D displays, motion trackers and input devices. 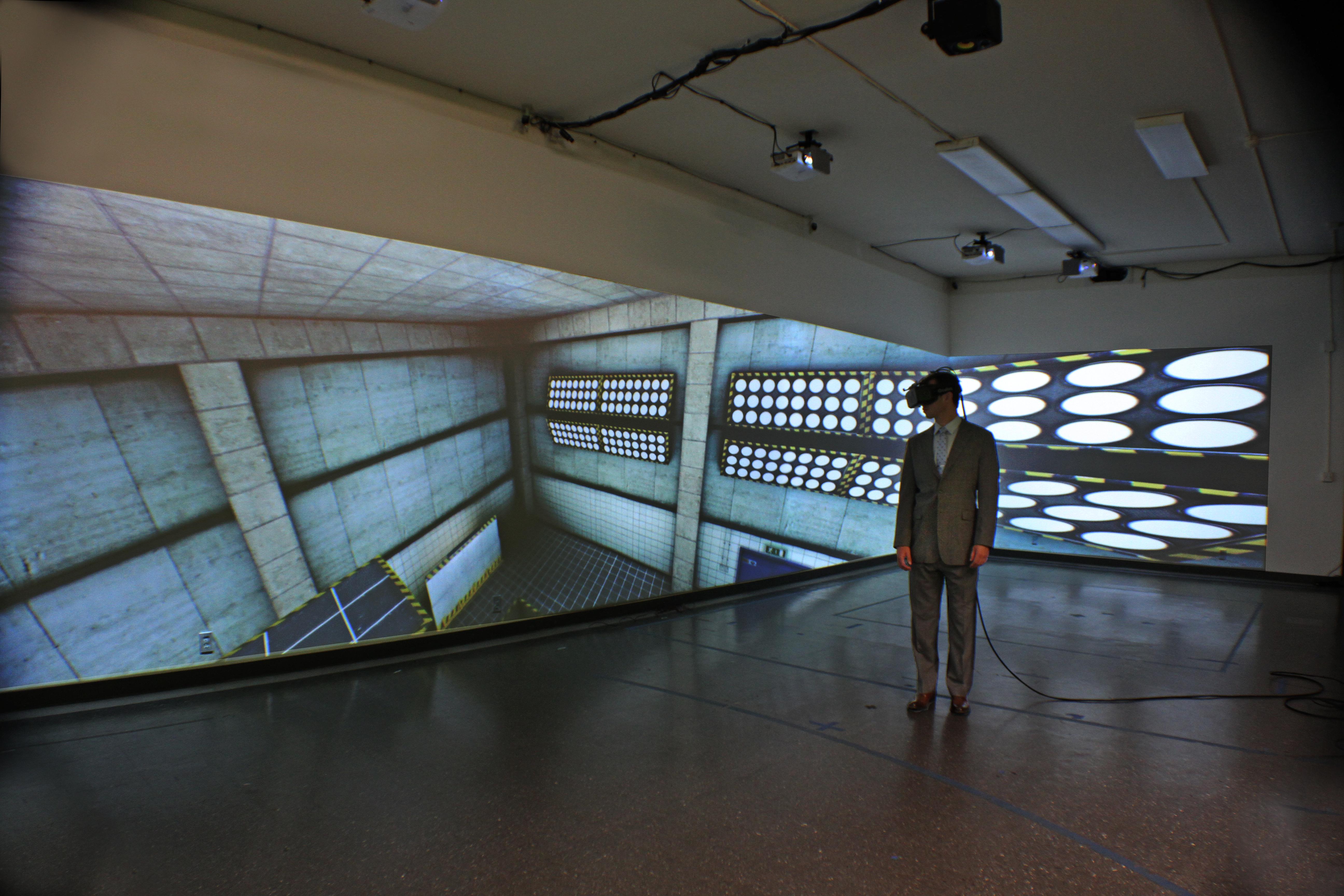 The optical sensors used can track up to 10 people or objects simultaneously and work across spaces up to 164 ft.2 with submillimeter accuracy. The system electronics, housing and design are all completed in-house at WorldViz. In addition to the optical sensors, WorldViz includes precision position tracking (PPT) motion tracking system, which helps the user feel the movement of walking, running, crouching, turning and gesturing. The software is written in Python, a scripting language that offers an open-source community of libraries and tool kits for development.

Rockwell Collins uses the Oculus Rift, but the system can also work with HTC Vive. The hybrid optical-inertial system includes high-precision cameras that can capture position data at 240 Hz and a sensor wand for tracking hands.

Software and technology companies are working with aviation schools and maintenance facilities to create customized training virtual reality and digital programs. See the technical specs for the systems and thoughts from some of the industry's instructors and maintenance facility trainers. This is a more in-depth look at September's MRO Links feature on all high-tech training technology tools.