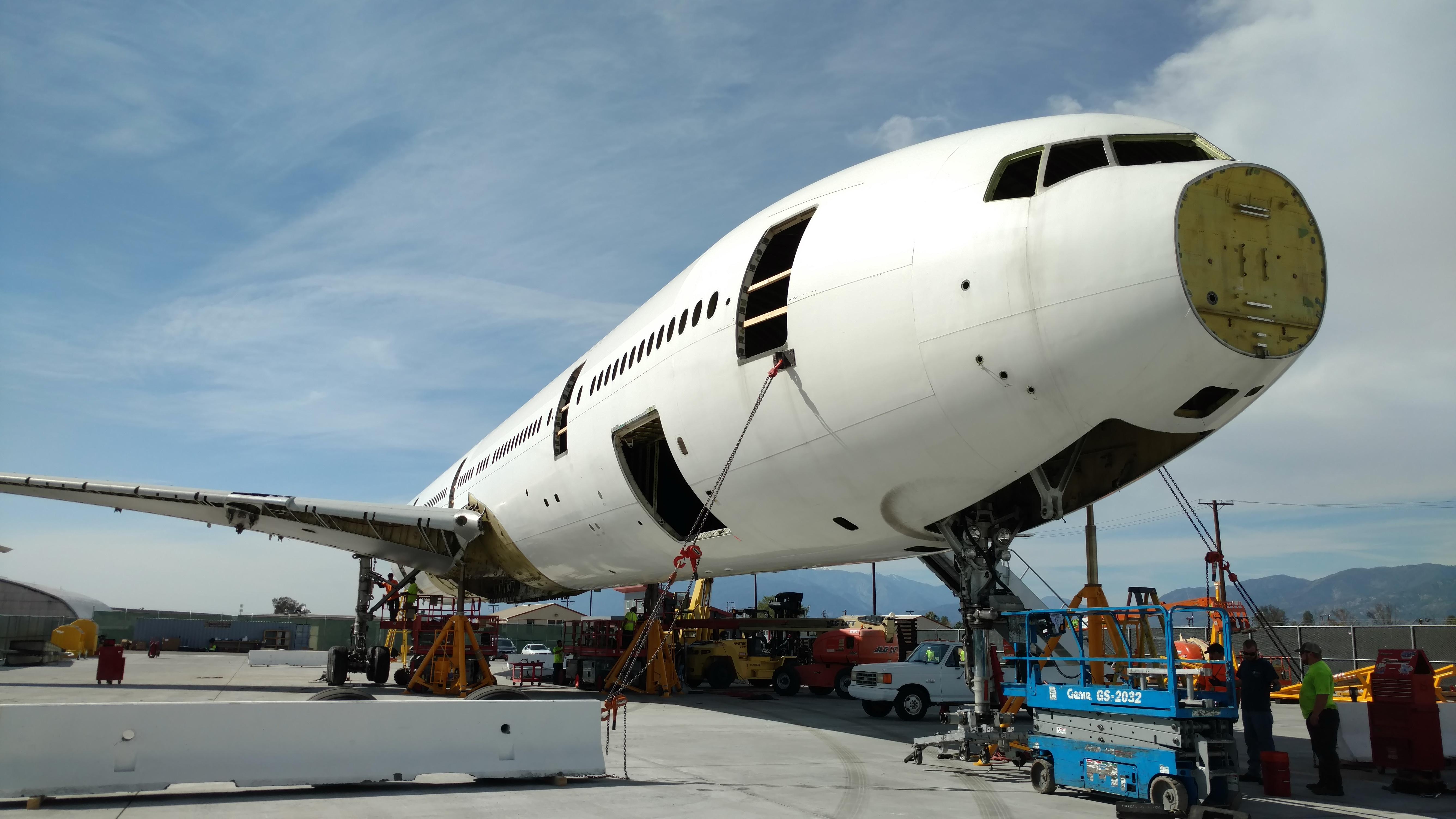 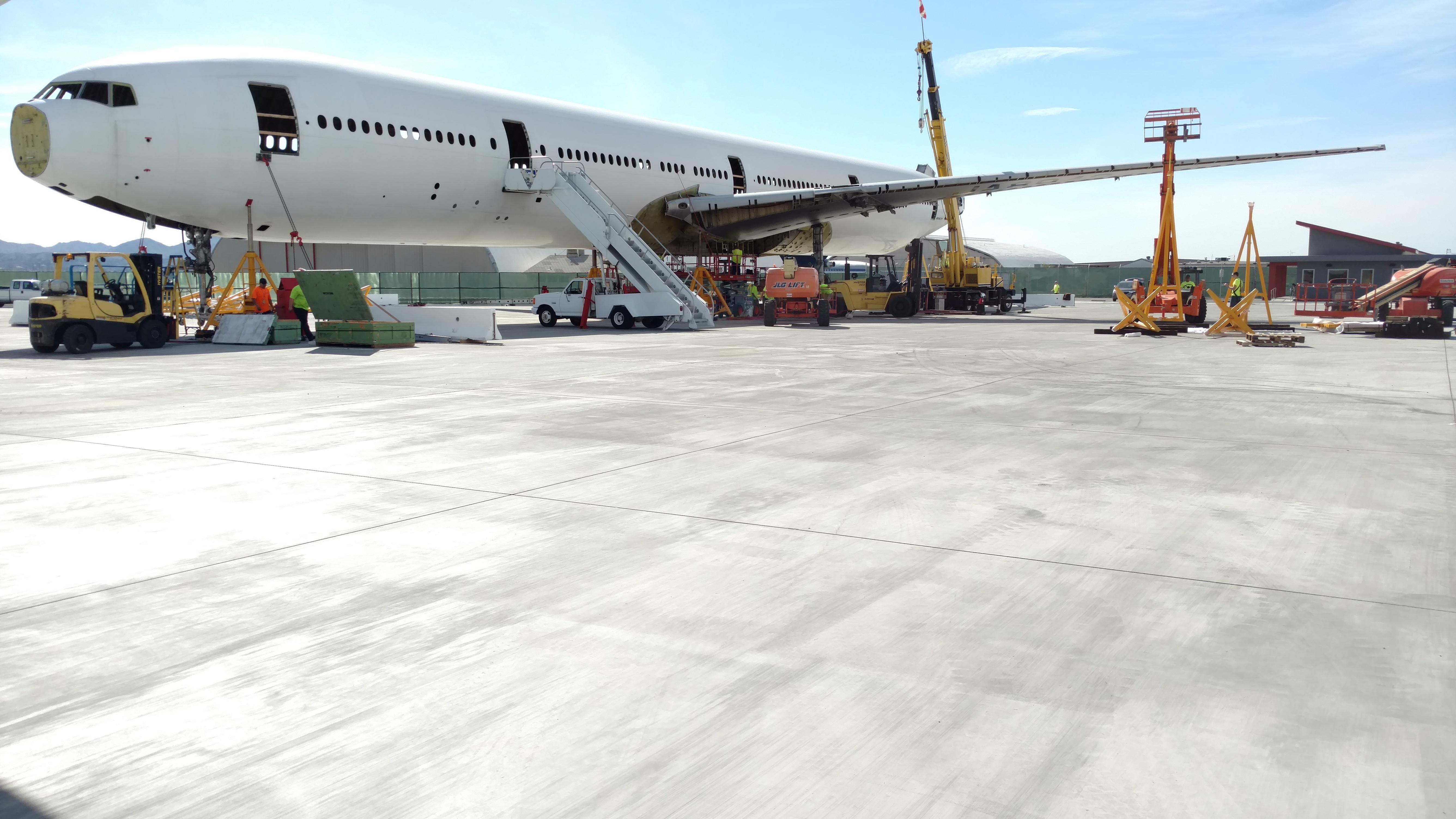 Boeing initially contacted Aircraft Demolition for a Boeing 777-300 part-out in a bidding process. Tim Zemanovic, CEO, then contacted Unical Aviation, knowing the company had four or five of that type of aircraft. 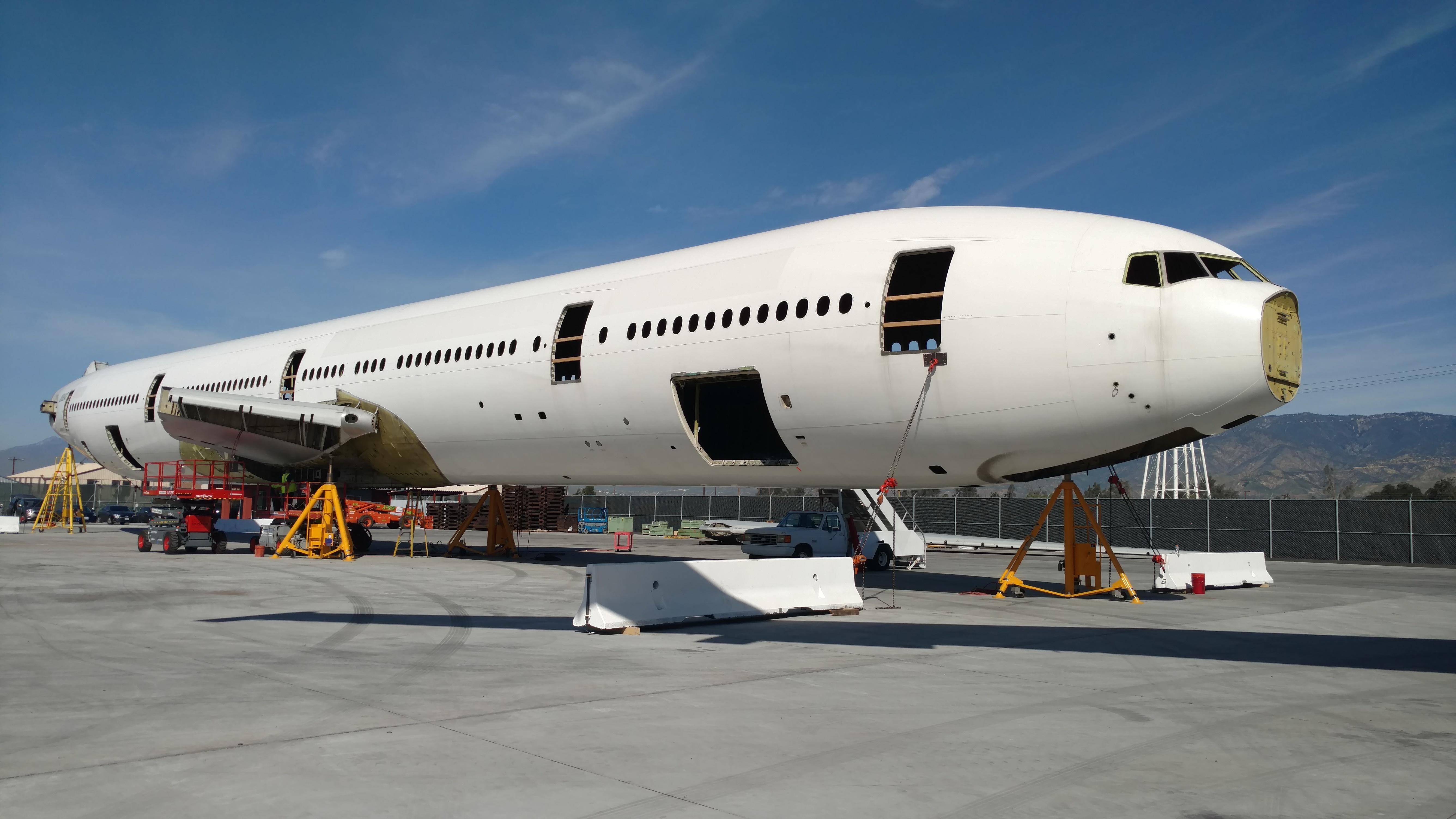 Although the disassembly itself took about six weeks, the planning stages and preparation took seven months. 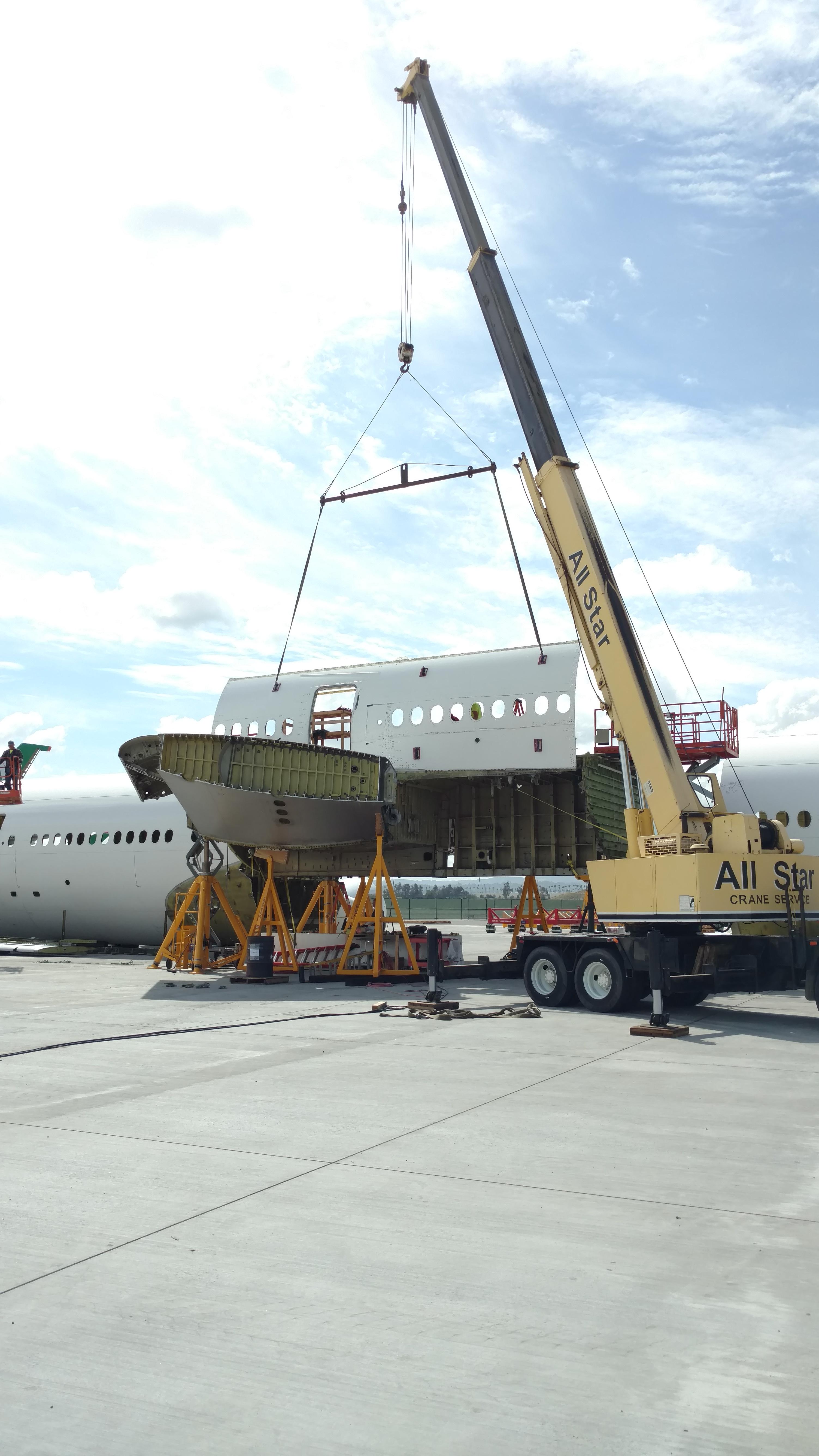 Unical Aviation, located at San Bernardino Airport, did the initial purchase and disassembly, then Aircraft Demolition purchased the rest of the aircraft body and completed the disassembly for Boeing. 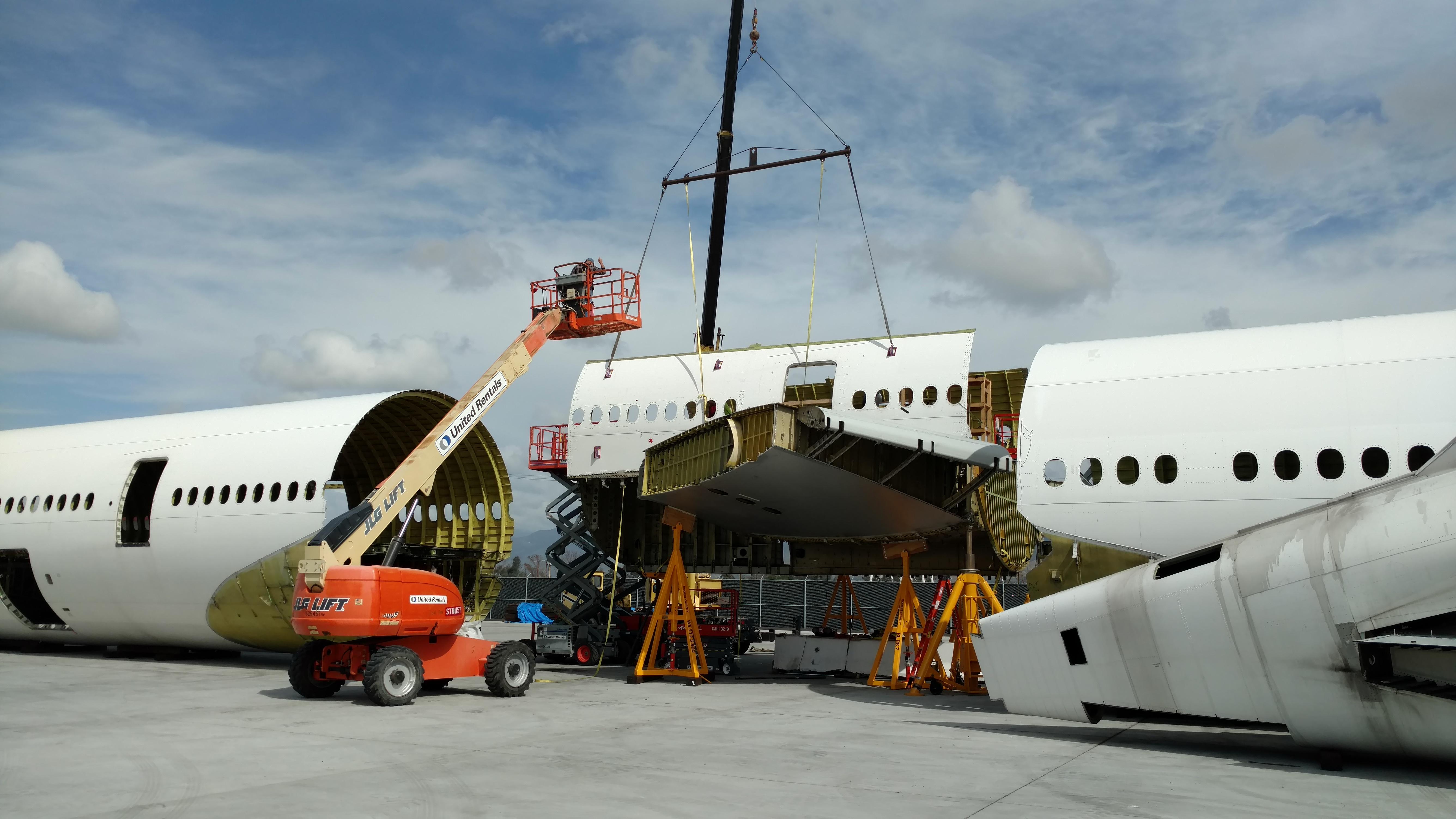 "We didn’t base our bid totally on price, we based it on what we could really do, on quality, and the location was also really good," says Zemanovic. 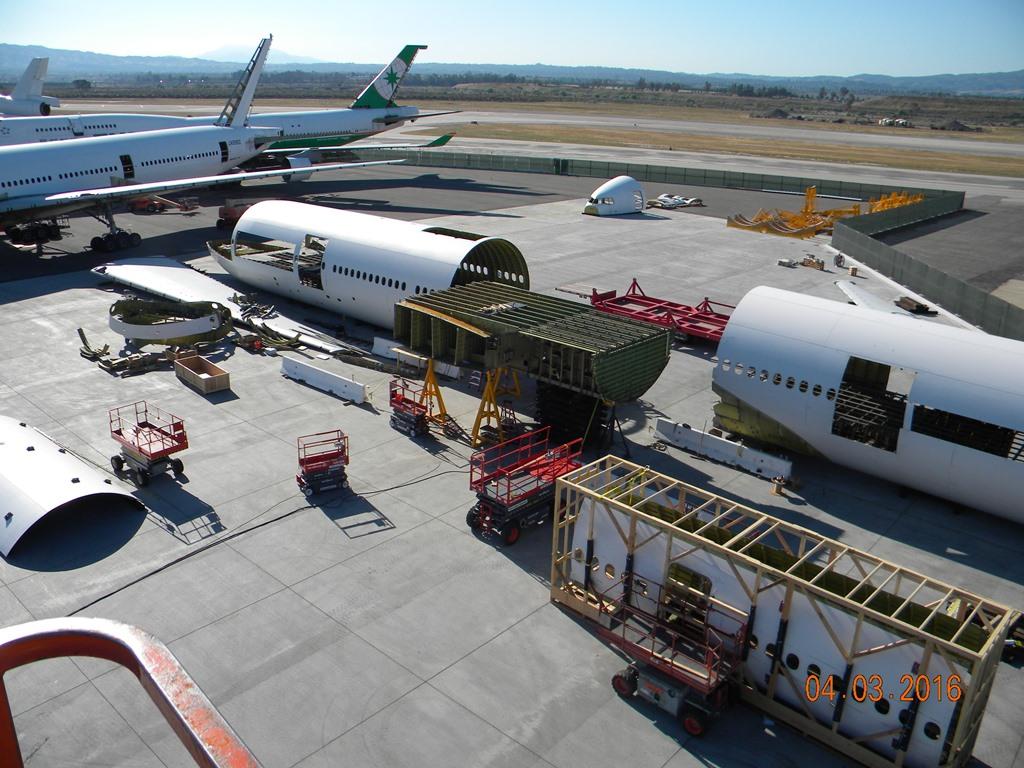 The skin panels were were put in separate made crates for protection, and also sent back to Everett, Washington. The crates are seen in the bottom right. 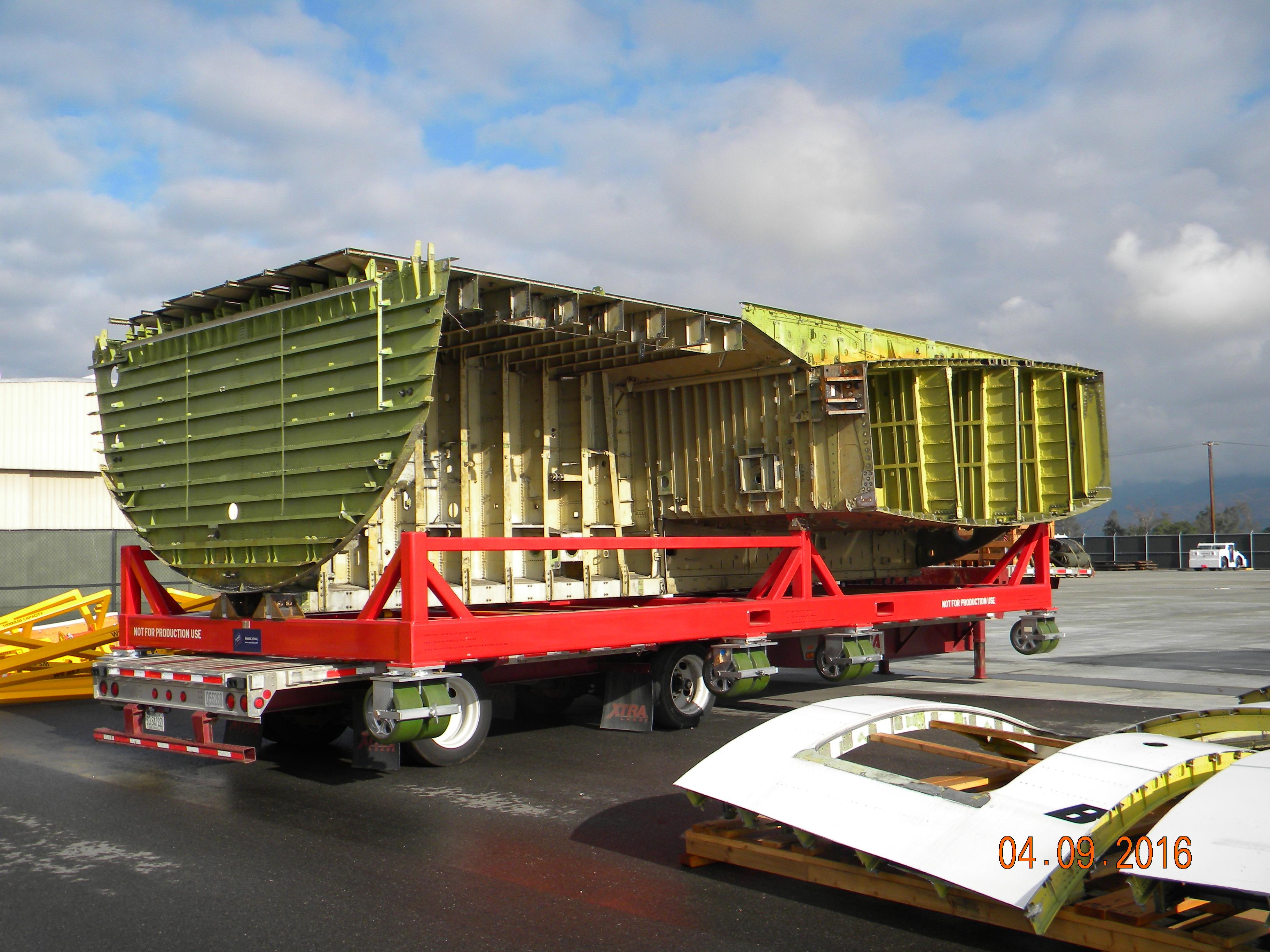 Instead of cutting the center section, each fastener was taken out, piece by piece. This was done to preserve the part in its entirety. 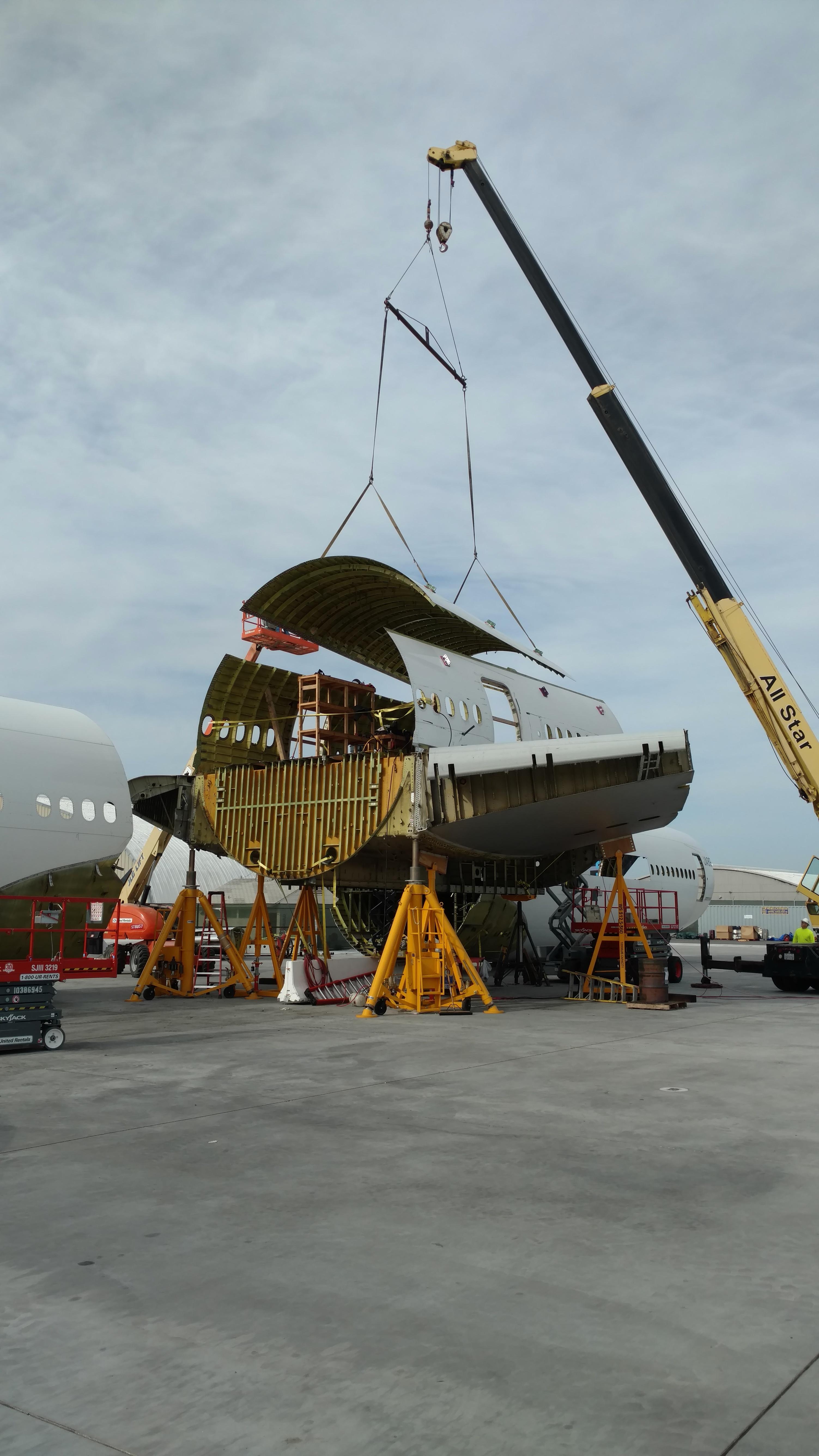 The center section measures 20 ft. wide. Some of the wing was cut out to make the piece lighter during working. 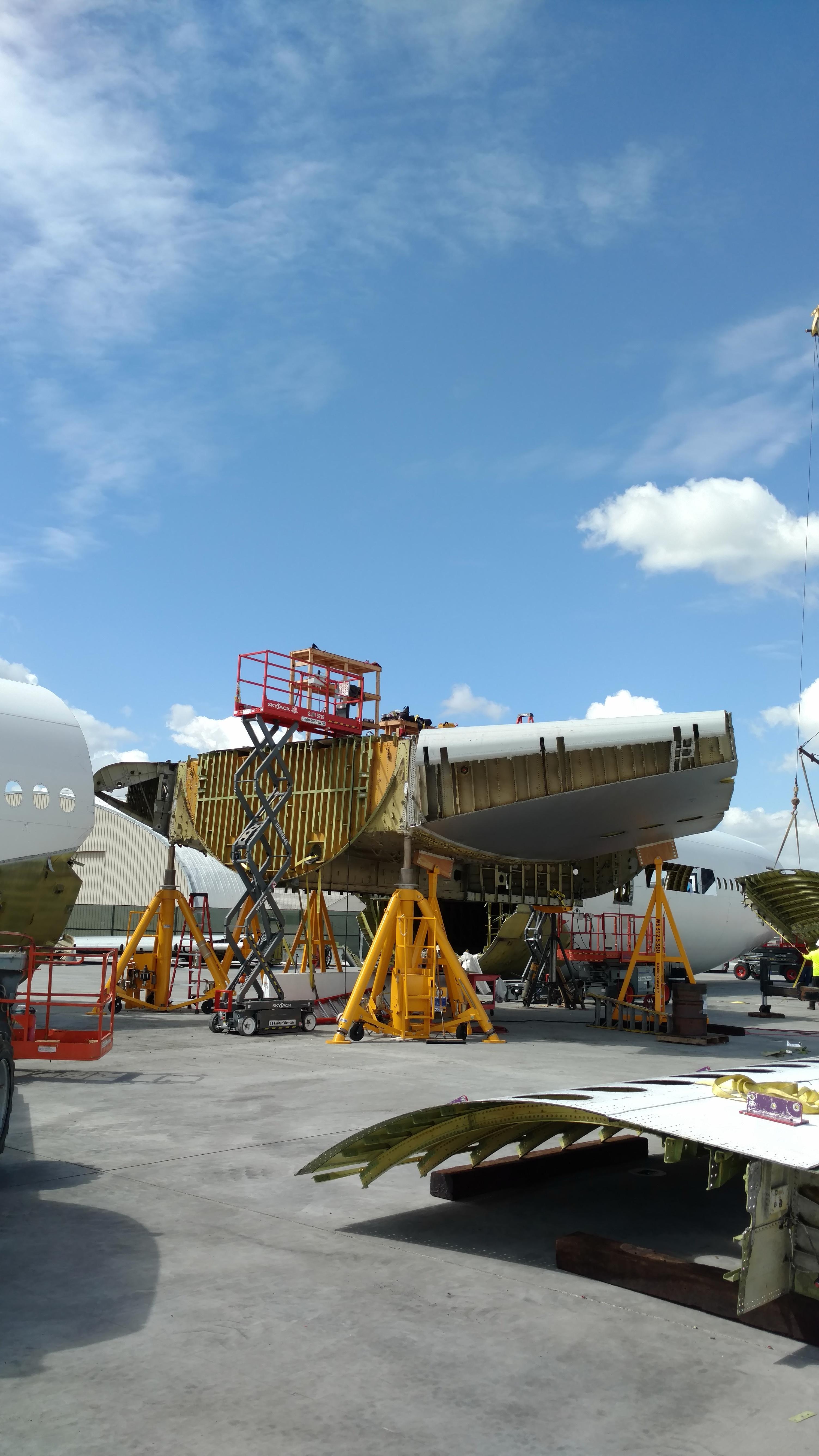 The cockpit was also carefully disassembled for either art or for simulation training. The doors and windows were cut out and preserved for aviation furniture and art. 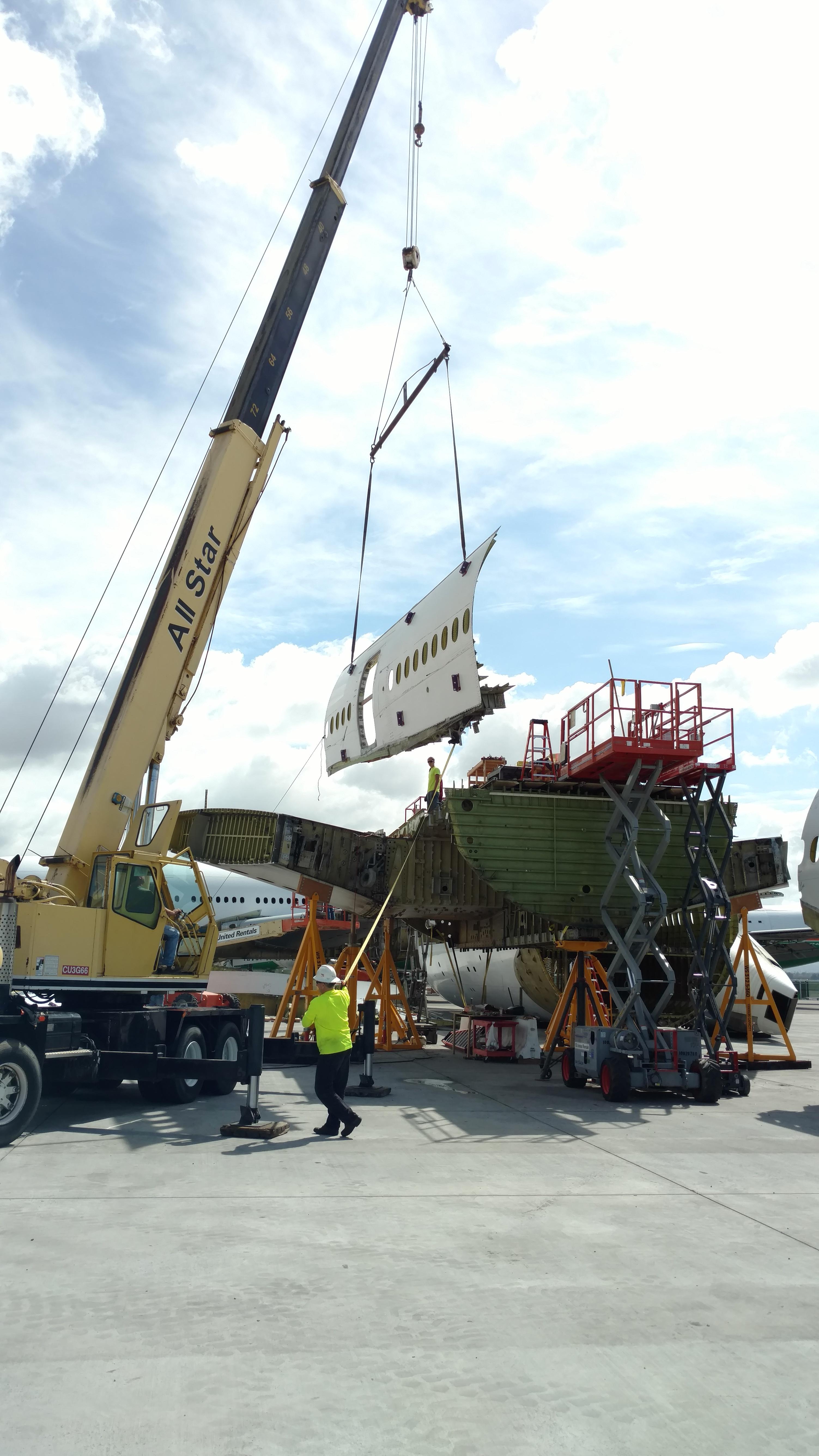 Aircraft Demolition's customer base consists of a mix of regular and new clients. Zemanovic says, "We have a number of repeat customers. It's a mix. At least 50% . . . we work with Boeing, Delta Air Lines, NASA and FAA."

Aircraft Demolition, based in Burnsville, Minnesota, completed disassembly of a Boeing 777-300 in April 2016 at San Bernardino International Airport in California.