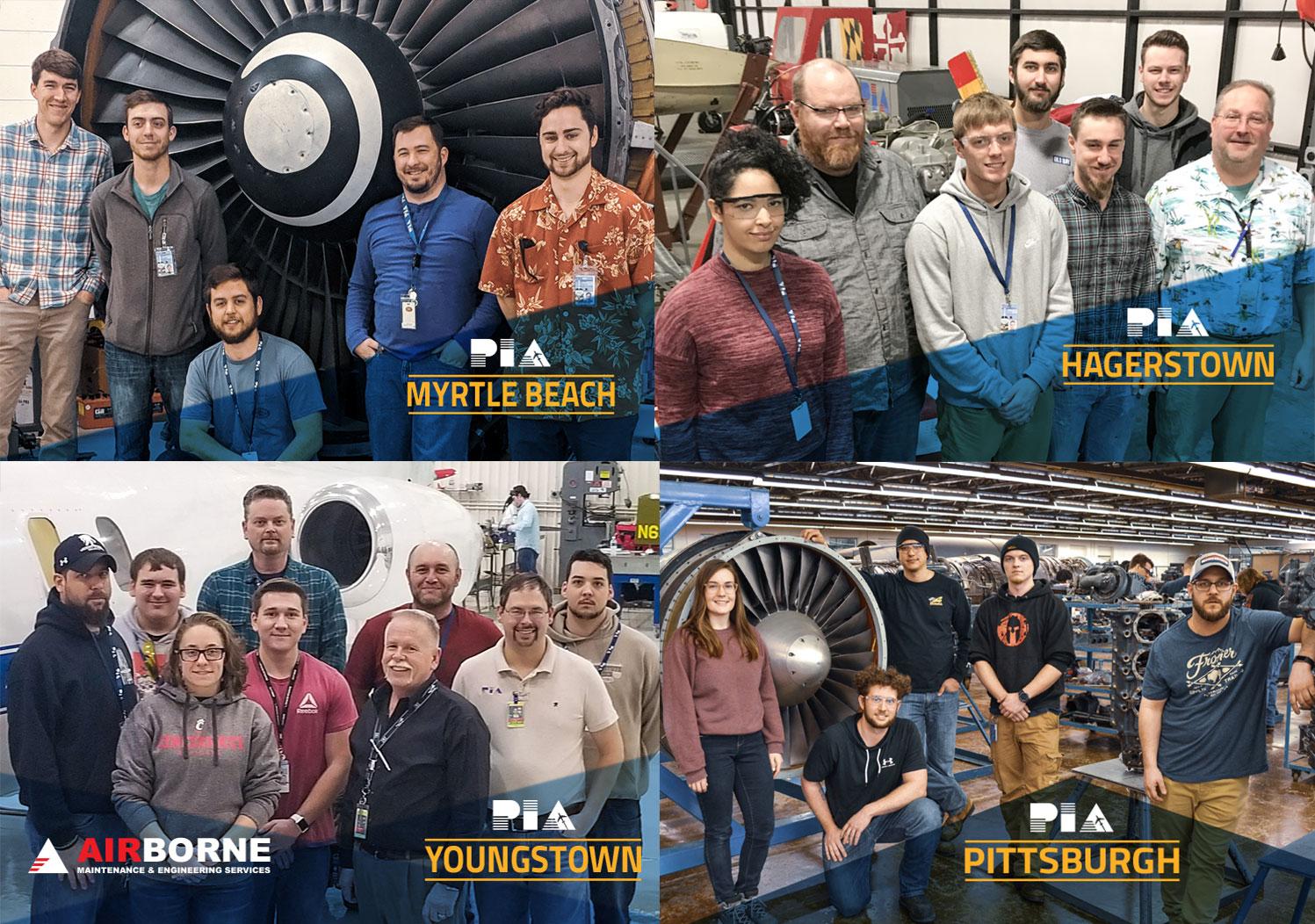 After topping Forbes’ list of Top 25 Two-Year Trade Schools in 2018, the Pittsburgh Institute of Aeronautics (PIA) could be a force to be reckoned with at this year’s Aerospace Maintenance Competition (AMC). The school is sending teams of five from each of its four campuses in Pittsburgh, Pennsylvania; Hagerstown, Maryland; Myrtle Beach, South Carolina and Youngstown, Ohio. The teams have received $14,000 in corporate sponsorships from 15 different companies to help students make their way to the competition, including Piedmont Airlines and Airborne Maintenance and Engineering Services.

According to a spokesperson for PIA, practices started in early January and the teams are closely following the AMC events manual to prepare for the competition. Students are focusing on the events they have chosen to participate in, although all the competitors are practicing PPG’s Transparencies, Paint and Wing Sealant event, which requires all five team members to work together. 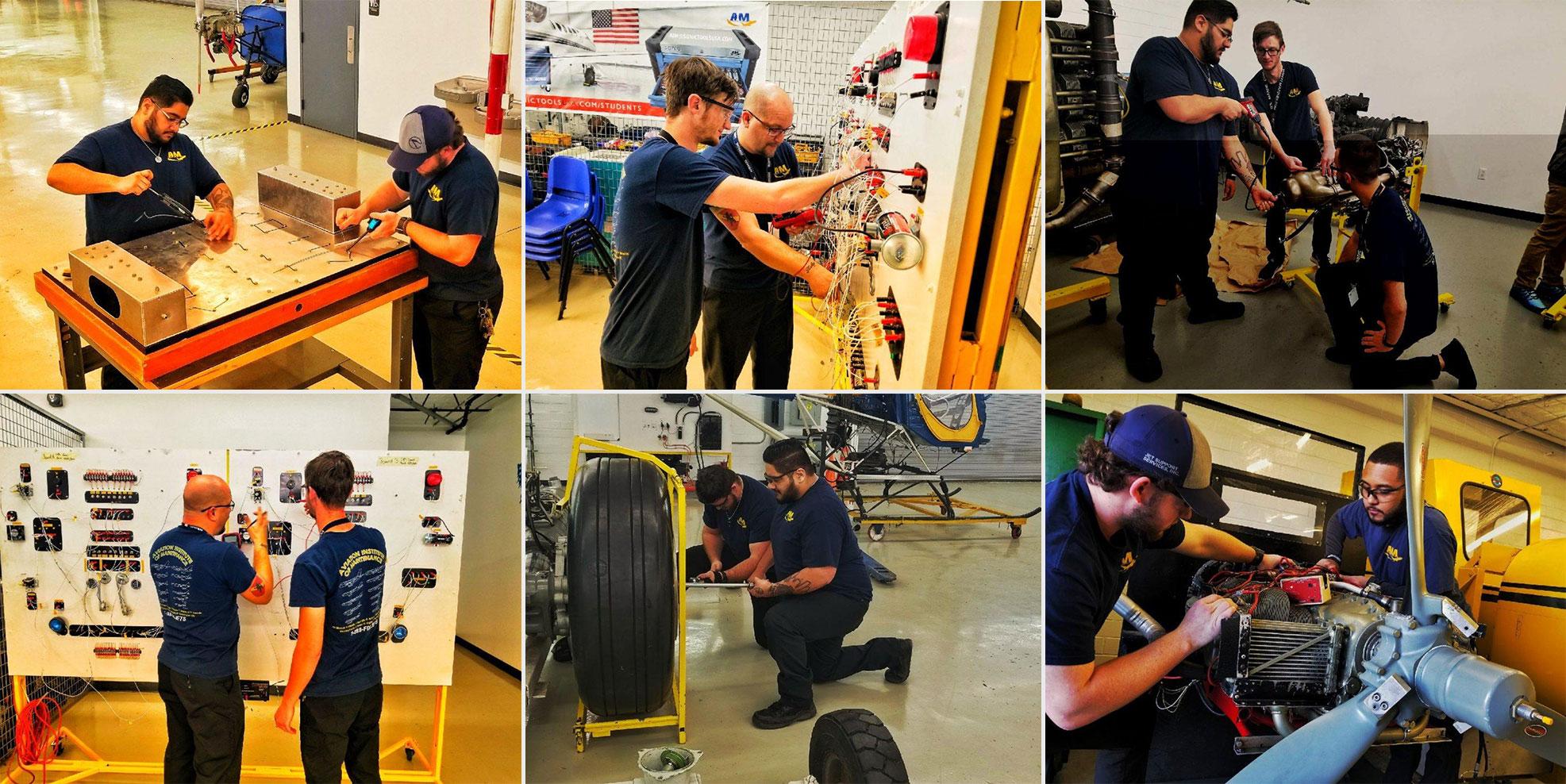 Aviation Institute of Maintenance (AIM) Houston won first place in the School category at last year’s AMC, and this year the team will include two returning champions from 2018. Tryouts for the 2019 team began a week after last year’s AMC, with open tryouts running through the end of January. According to the team’s spokesperson, this year’s AIM Houston team has been practicing daily for close to a year now, including Fridays when students do not have class.

The team’s drills have been focused on teamwork and working as one unit, as well as events from previous years and new events for this year. The team works with and is supported by Sonic Tools, and AIM Houston’s spokesperson says the team also has a good working relationship with some of the local skills team members from United Airlines. 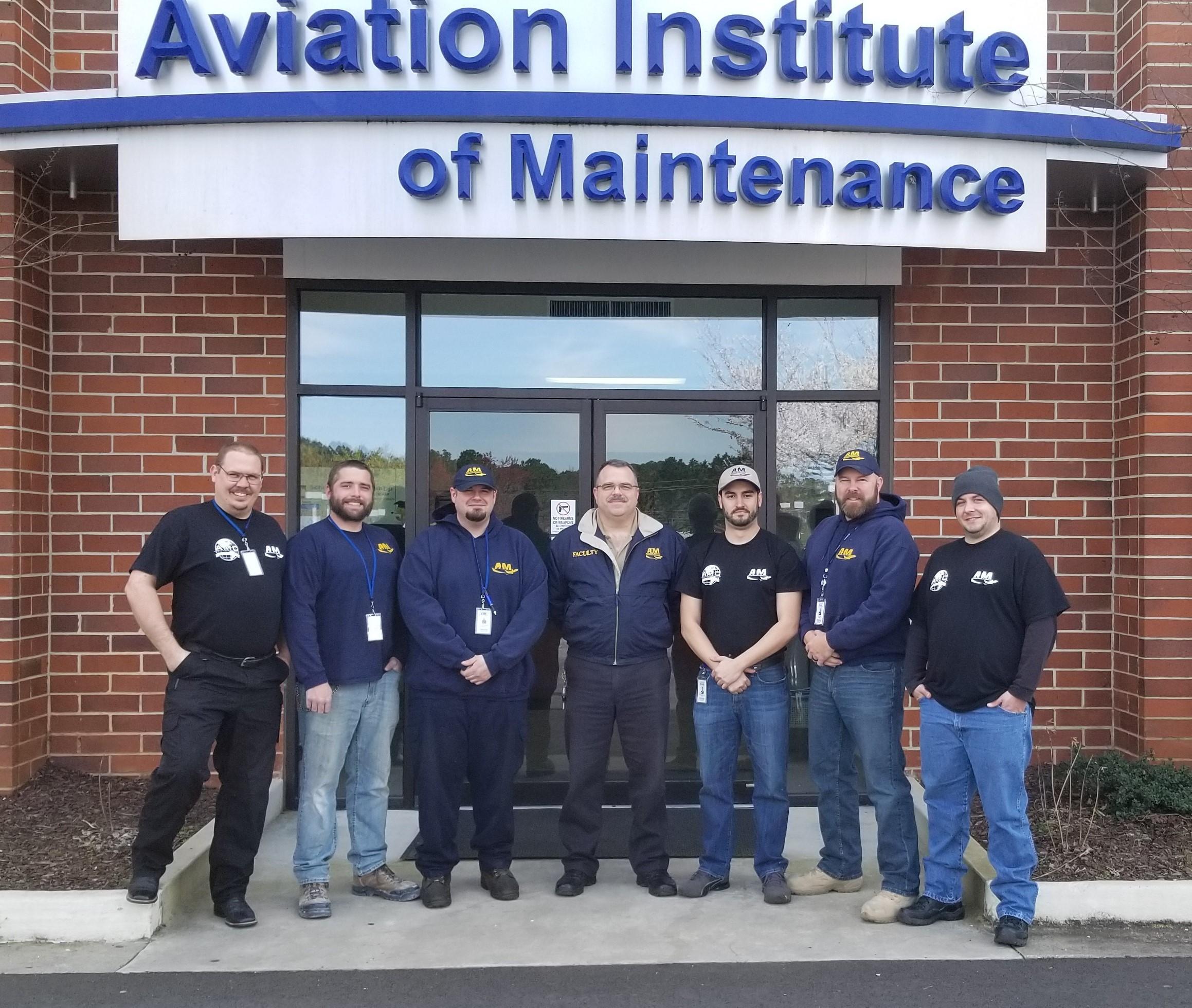 Meanwhile, AIM Atlanta is competing for the first time since taking second place in the School category in 2011 (the team took first in 2009 and 2010). Tryouts for the team took place in November 2018 with timed events to simulate what the actual competition would look like. The five-person team is composed of three different school shifts (day, evening and weekend), but a spokesperson says the team has been able to practice at least three times a week for the last six months.

Practice has been focusing heavily on electrical troubleshooting and schematic-ready aspects of the competition and the team has been using NIDA-manufactured avionics equipment to simulate troubleshooting of actual malfunctions. According to its spokesperson, the team expects that some of the biggest challenges this year will come from newer technologies, such as the Boeing Fiber Optics event, since most Part 147 schools do not have access to practice on these types of technologies. 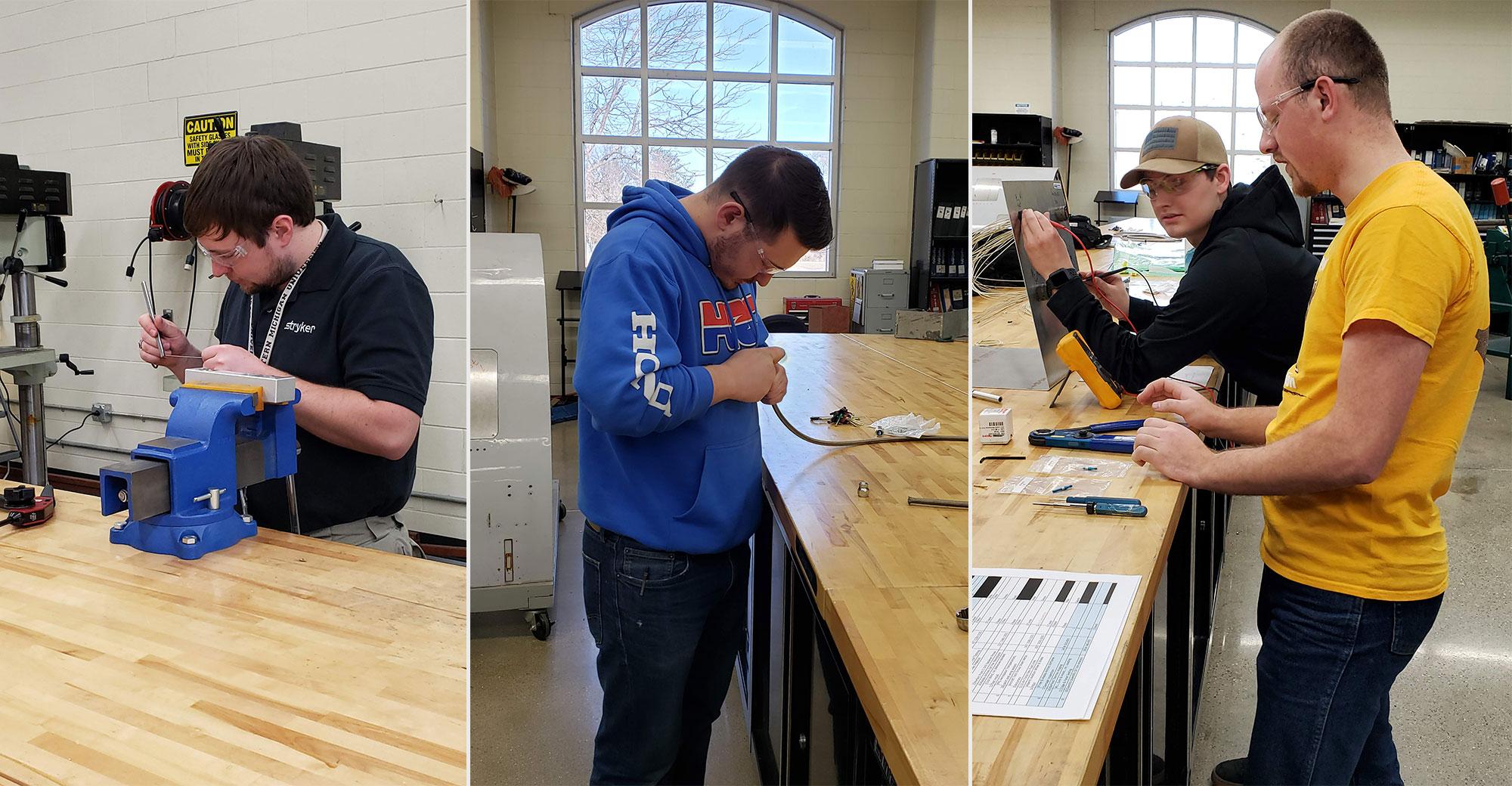 Although Western Michigan University’s aviation maintenance students have previously competed in skills competitions, the school’s six-student team will be competing at the AMC for the first time this year. Preparation began in February shortly after the team was selected, and a spokesperson says the team is focused on becoming familiar with the events featured in the competition. The team is physically walking through events it has the ability to practice, and for other types of events it is watching videos, studying processes and becoming comfortable with the steps needed to react quickly and efficiently. According to the team’s spokesperson, many team members have worked together previously in classes, but weekly practices are growing the students’ relationships and ability to work together and react as a team. 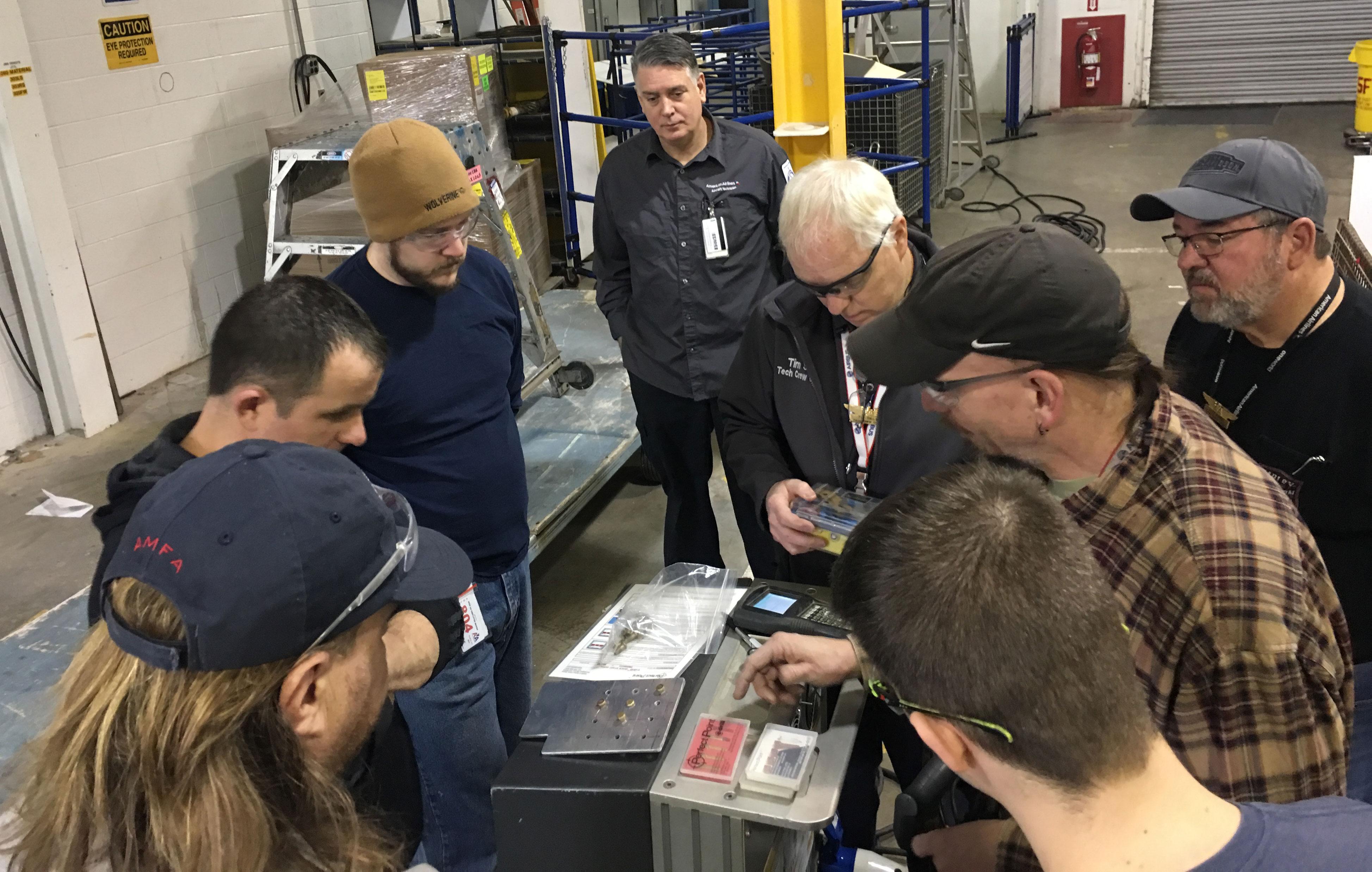 TulsaTech is sending a total of 11 students to the AMC within two competition teams—a high school Aerospace Academy team and a post-secondary adult aviation maintenance team. Competitors have been meeting 3-4 days per week and practicing for approximately 5-7 hours a week outside class. According to a spokesperson for TulsaTech, American Airlines has helped with training by allowing competitors to train alongside and be mentored by its mechanics one day per week. In addition, students have received opportunities to attend weekend trainings at American Airlines’ Tulsa maintenance base.

According to the teams’ spokesperson, the students “understand the importance of working together, keeping their cool and communicating before, during and after their competition.” In addition to training on their assigned events, an alternate for each team is training to be physically prepared to step into any of the events if a team member needs to drop out. 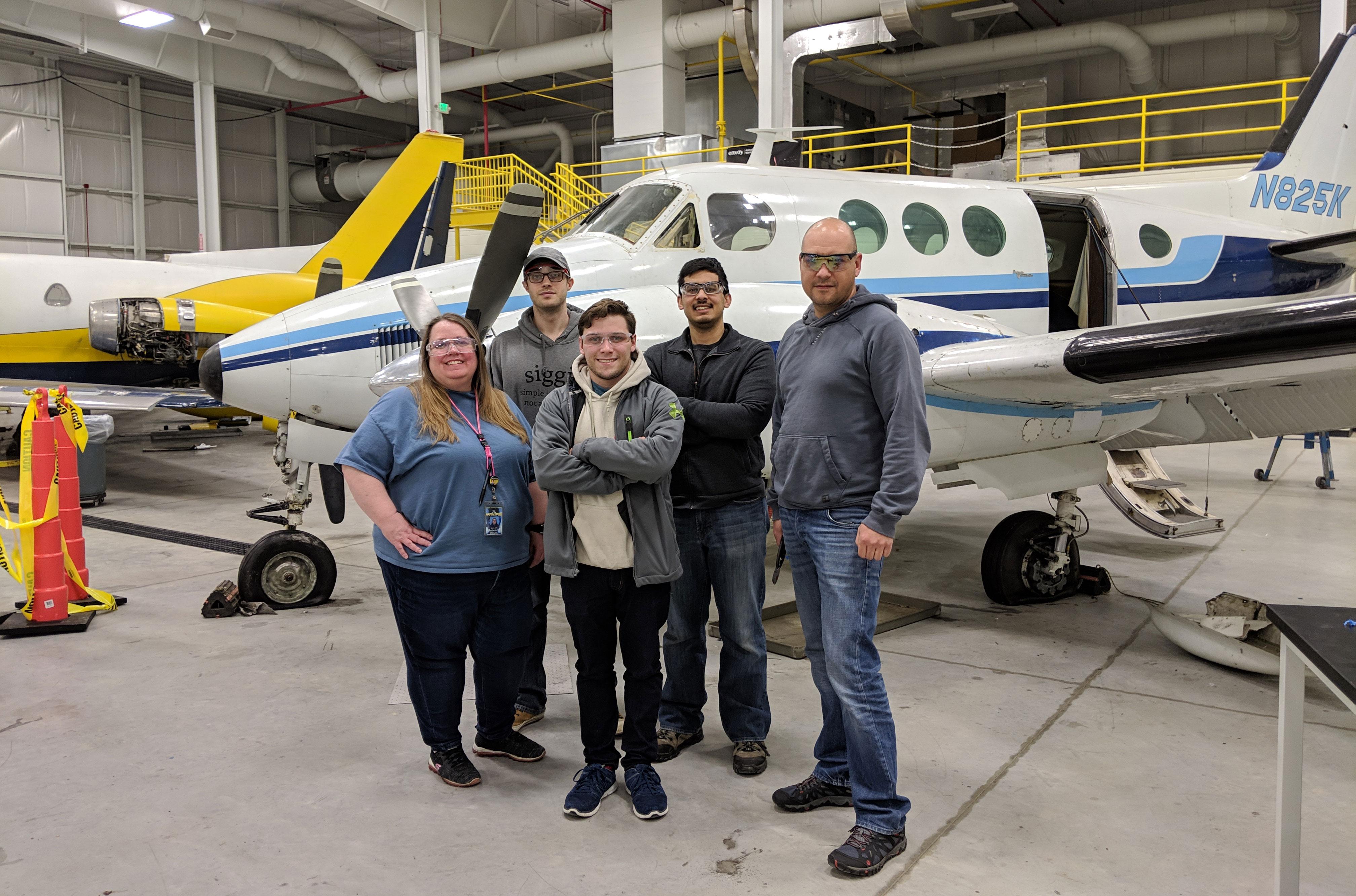 Rockford, Illinois-based Rock Valley College (RVC) is sending its first team to the AMC this year. The five-student team has been practicing for the competition for approximately one month so far, studying event material, practicing on the school’s equipment and working with instructors and an adviser who formerly supervised maintenance at UPS. The team has also been reaching out to local industry to help with training. The team’s primary financial support has come from RVC’s Student Government and Student Life groups, which have helped organize fundraising. In addition, the team has received several private donations. 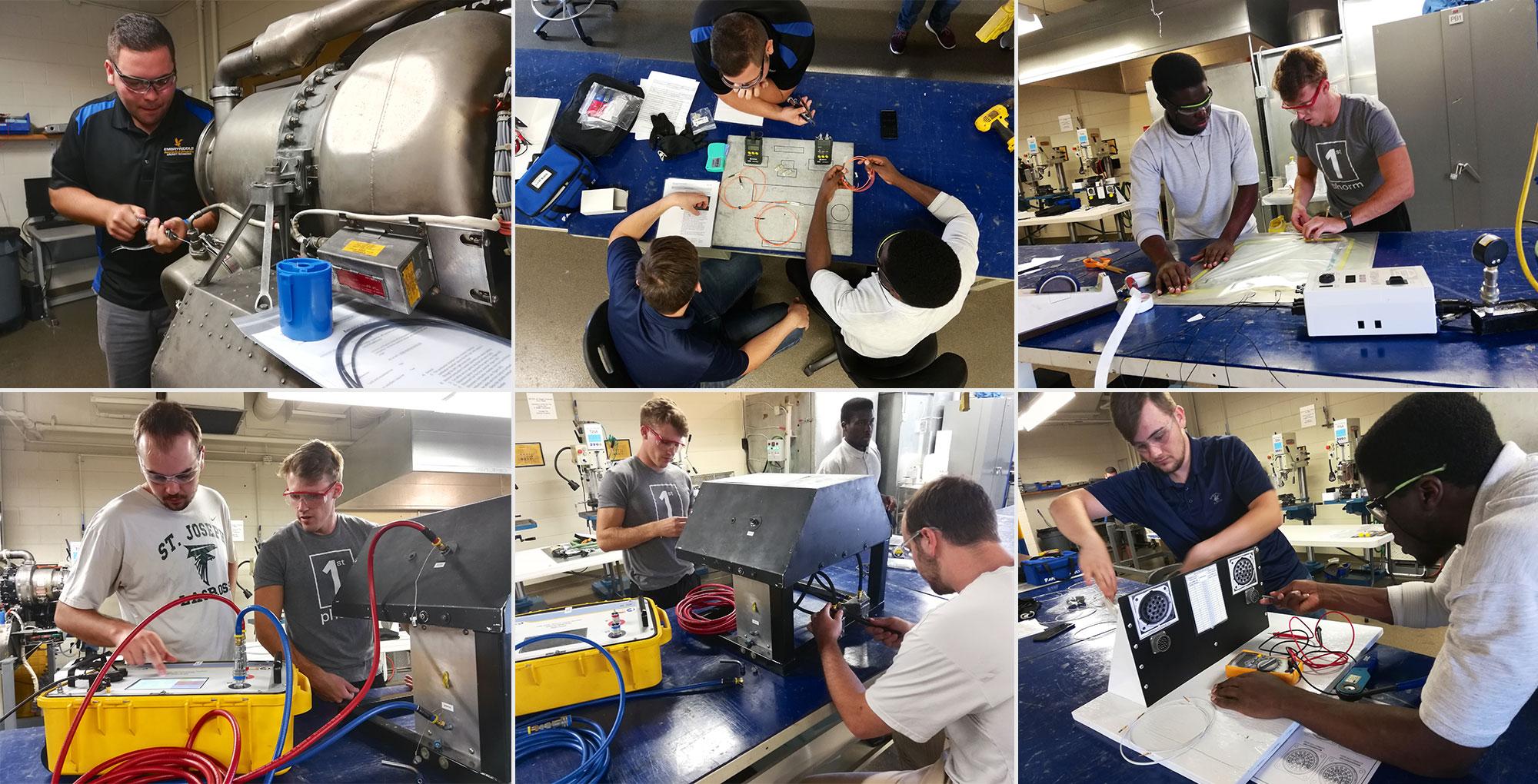 Embry-Riddle Aeronautical University (ERAU) is marking its fifth year being involved with the AMC and its fourth year of sending a competition team from the on-campus Society of Aerospace Technicians (SAT) club. ERAU attended the AMC as spectators in 2015 and competed for the first time in 2016 before having its largest year yet in 2017 when the competition came to ERAU’s “backyard” in Orlando, Florida. That year, 16 students on two competition teams attended and ERAU developed a partnership with JetBlue University for joint training in each other’s facilities, which ERAU is maintaining this year. According to a spokesperson for ERAU, the partnership allows ERAU students to train with more expensive transport category equipment while giving JetBlue University access to general aviation equipment.

Although ERAU did not send a competition team to the AMC in 2018, four students from SAT provided an exclusively student-designed, built, run and judged competition event for reciprocating engine precision measurement, which filled a gap in what they saw as a lack of general aviation events at the AMC. This year, ERAU is sending an eight-student team consisting of five competitors and three alternates, which will be sponsored by Airbus. According to a spokesperson for the team, students have expressed interest in participating in the 2020 AMC, so ERAU hopes to compete again next year. 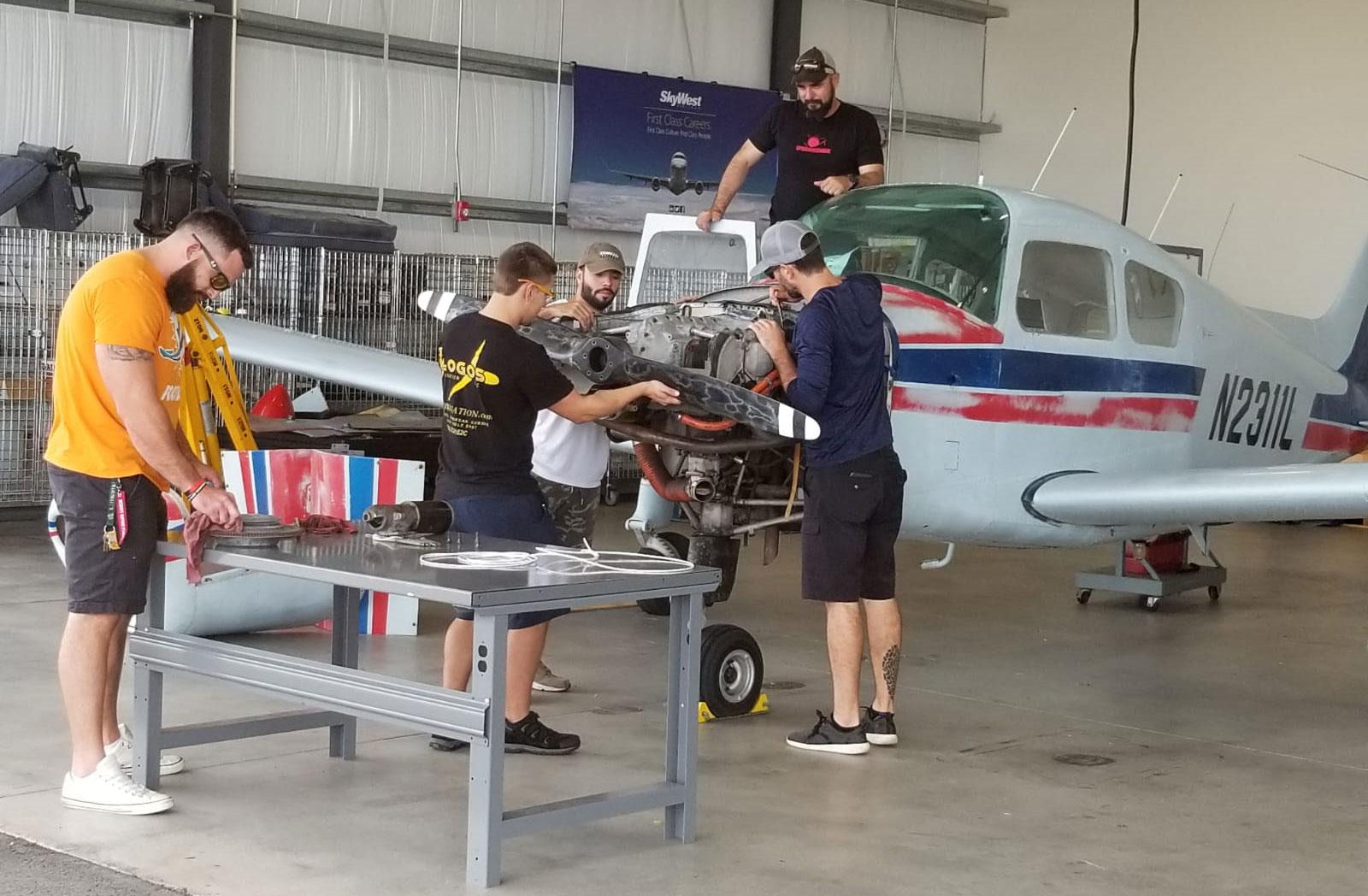 Fort Lauderdale-based Broward College is sending two five-student teams to this year’s AMC, including two returning competitors. The teams were selected at the beginning of the school’s spring semester in January and have been practicing every Saturday, in addition to weekly correspondence between team members during the week. The teams have been performing hands-on practice using available equipment on site and running through instructions and manuals to better prepare for the command/confirm command process.

According to a spokesperson, the teams have been heavily focused on preparing for the electrical troubleshooting event, working on verbal commands and finding ways to save time during each event. The teams are sponsored by GA Telesis and have a $20,000 grant from JetBlue to prepare incoming high school students, as well as to set up internal competitions throughout the year to prepare while promoting aviation maintenance to more students.

This year’s Aerospace Maintenance Competition (AMC) will be the biggest yet, with nearly 90 teams testing their aircraft maintenance skills in everything from composite repair and safety wiring to new events like 3D damage inspection and rivet removal using innovative tools. There are 29 school teams competing this year—the largest student showing yet—including a number of schools that are new to the competition. Find out more about how these teams are perfecting their skills and teamwork in advance of the AMC.